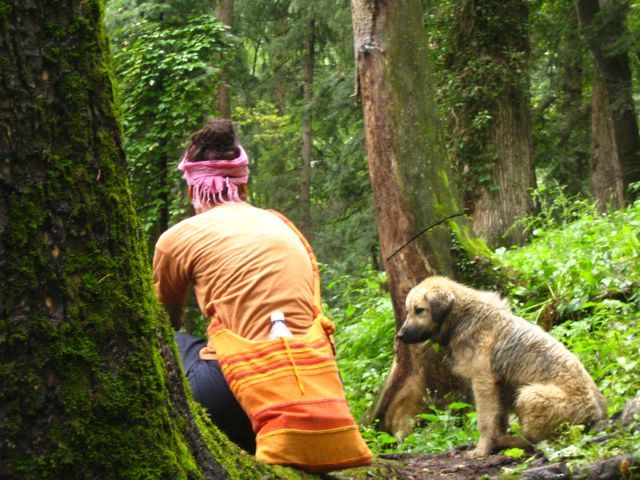 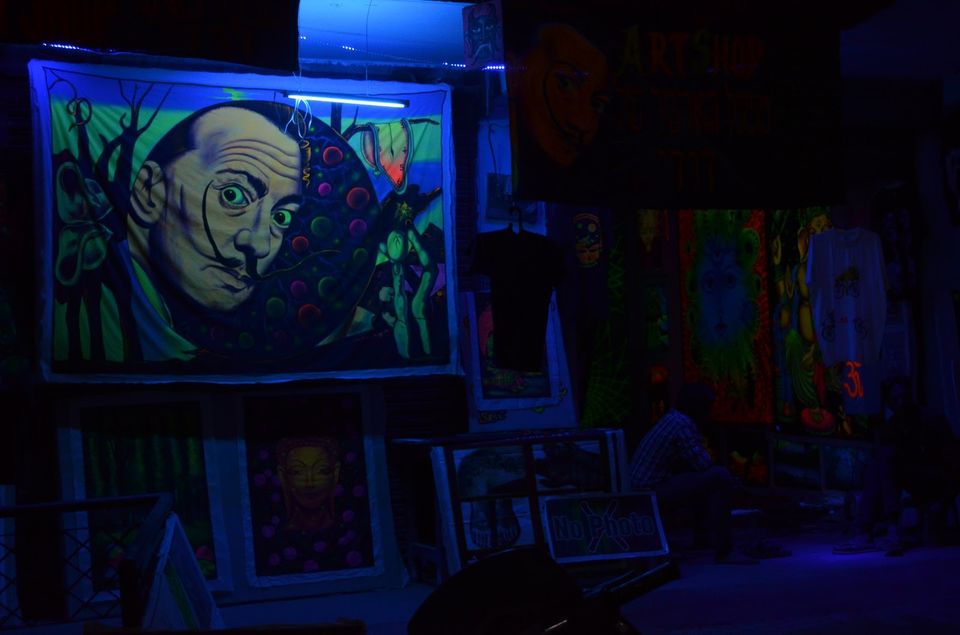 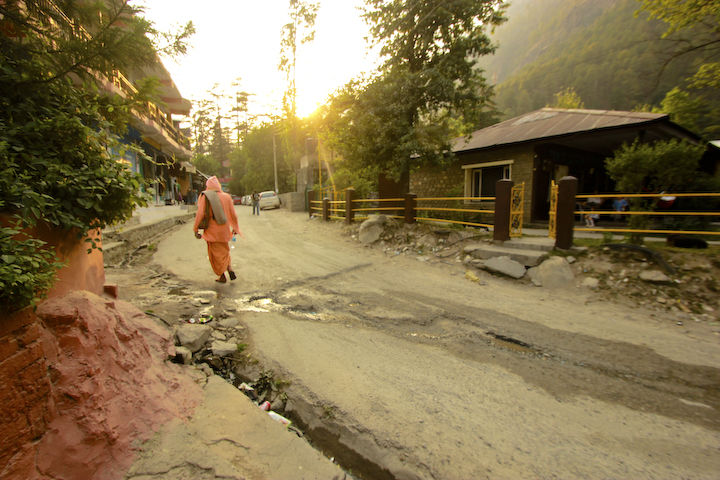 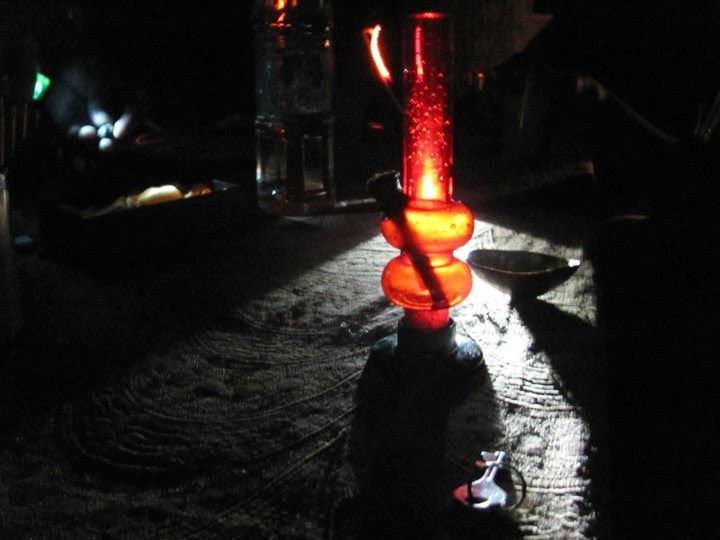 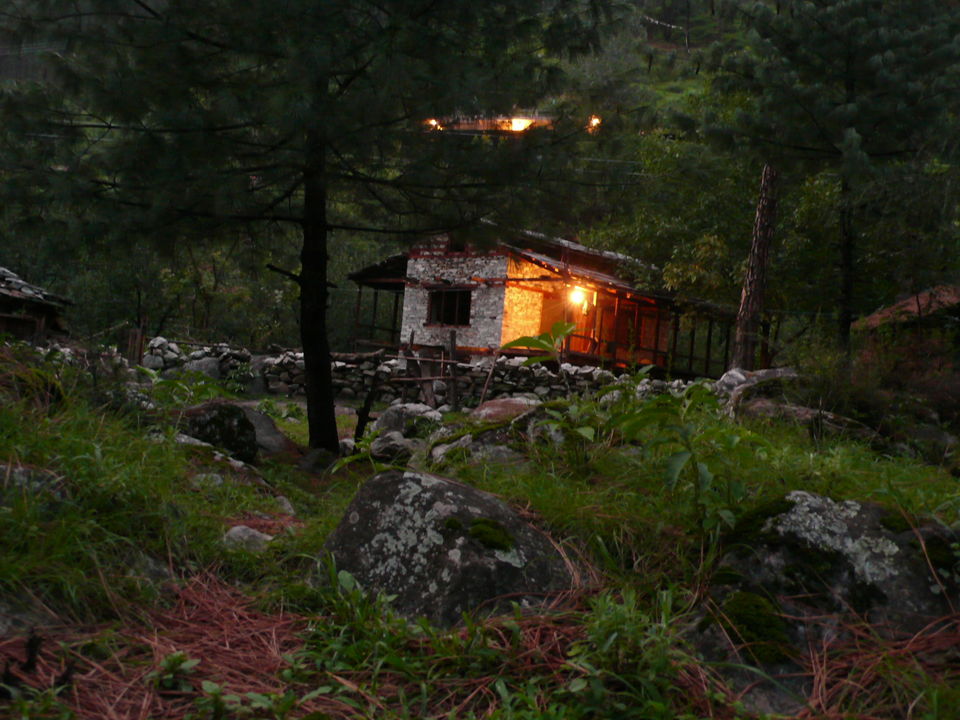 What follows is a solo backpacking encounter as dictated by one of my best friends who has a severe case of bipolar disorder. There are a couple of things you should know, if you don’t know them already, before you read further – Bipolar is not a disease, and marijuana is scientifically proven to have calming effects on people with bipolar disorders.

I’ll write in first person because that’s how he narrated it to me.

I was probably experiencing my longest bipolar high in years during those days. It was 2011 May. I was waiting to join my workplace just after finishing my undergrad but my joining letter said July. I didn’t have much to do. Sometimes the feeling was sublime, but most of the times it was terrible. Hence I just wanted to keep myself busy either through painting or writing. “That’s what helps in these days,” my psychiatrist always used to appease me. My mind tears apart into a thousand different directions. Although I’m super introverted about all matters, but these highs always turn me into an extrovert. My 700D had also been craving to get out there since very long, hence I expressed my solo backpacking wish to my parents. Unsurprisingly, they were not too excited by my plans but they eventually gave in because they did not want to refuse anything to their dear son when he was in seemingly excruciating mental pain.

It did not take me long to decide where I wanted to go; Kasol had been in my mind since the beginning of eternity. I loaded myself with cash, told my parents that I was off to Himachal, and set off.

The journey in itself was no less than adventurous in itself. The Delhi-Bhuntar night bus that I had boarded from ISBT Kashmiri Gate had three engineering graduates from Punjab also traveling to Kasol. My extrovert self was working overtime; these guys soon became friends with me. We were loudly talking about all things taboo in the bus itself. It was a Himachal Roadways normal bus, and was pretty empty owing it to a weekday. We suddenly decided to hit the vacant back seats of the bus and smoke up right there itself. It was windy and dark inside the bus (must have been about 2 in the night), so it was a bit difficult to roll. The experienced one amongst them managed it and so we drew the windows aside and started to have a good time. Not even 10 minutes had passed when the visibly angry bus conductor came our way and inquired what we were up to. He was short and not the best built bus conductor but Haryanavi Jaats always make me shit in my pants. He demanded a huge amount of money from as because we were “committing a crime.” I kept quiet, the other three guys were trying to negotiate with him. We finally paid him a thousand bucks collectively because he even threatened us to throw us out of the bus.

After a flurry of similar misadventures, I finally reached my destination where I spent lavishly on a hotel room just for myself on Manikaran Road. For the first three days, I don’t remember having done anything apart from sleeping, smoking up, and writing. I was working on a peculiar concept – a book on Maya. The book would have all sorts of life’s symbolisms articulated through poetries and a bit of prose intermittently.

I was having the best time of my life.

I started to go out to meet with people since I’d run out of my stuff I bought from Delhi and I wanted to calm my effervescent thoughts with the famous Kasol stuff. I took my camera along too in search of new inspirations.

By the way, this term – inspiration – it actually holds a lot of significance when you have a bipolar low. When you are high, you aren’t short of it. Funny, no?
I wandered through the beautiful valley, I met a lot of strangers. There were many Israelis everywhere which I found strange. They would talk of their homeland with such passion when they were stoned but they didn’t want to go back. Meh. Then, there were indigenous Kasol people having Oriental features. They were civil towards me but they were never friendly.

After clicking some pictures of the dark alleys, I settled down for a couple of drinks at this tiny shady looking bar. Excluding me, there must have hardly been 10 people in total there. There was a group of four young guys who was extra loud. I had only been halfway through my Blender’s peg when these guys forcibly joined me. I also joined in in their mirth. We laughed a lot and we drank a lot. I was extremely drunk, and that’s when I started having my first hallucinations of the trip.

When I hallucinate, everything usually passes by very fast. And so it did. I hazily remember paying up the entire bill for the five of us on the table and these guys forcing me to walk with them. It was pretty late in the night and they were shouting on the road. I just wanted to go back to the hotel.
A tall young native was sauntering down the road when one of these guys hurled abuses at him and addressed him as “Chinky!” He got mad and starting running towards us; these guys fled the scene but I was too drunk to run. Since this tall native guy was indignant, he just held me by my shoulder and began slapping me left & right. I kept on telling him that I was not the one who swore at him, but he just wouldn’t listen. “You bloody north Indians, you come and spoil our land,” I thought I heard him scream.

When I woke up, I was in pain. That helped me distinguish that I had actually gotten a beating and I wasn’t hallucinating. A local elderly couple must have stopped the young guy from beating me down to a pulp and got me to their home to provide first aid to me. It was still dark, so I thanked them and tried to get up to go back to the hotel but I couldn’t. I felt weak & drunk and realized that I did not have my DSLR with me anymore. I hardly cared and slept off.

I woke up on the following evening, still in pain but better. The elderly couple checked to see if I was physically fine and helped me sit up. They dressed me with medicines again and asked me to stay for dinner. I was still hallucinating; it sounds funny now but while waiting for dinner, I thought that the old couple was conspiring against me and hence would poison my food before serving. This thought snowballed, so I just reached for the main door and ran away to the main road. It was difficult because I was wounded all over.

I suddenly realized that I couldn’t recall the name of the hotel I was staying in. I did not remember the way to it either. I was stranded. I walked & walked, I kept on walking. It was getting darker, thanks to the time and the trees around. A while later, I discovered a relatively pakka road and saw a police check post nearby. I went there and tried to explain my situation to the one constable there. That guy turned out to be very helpful. He threw in some hotel names and I recognized one of them as mine. He then dropped me to that place.

A couple of weeks had passed by in Kasol. I had no contact with the outside world. I think I had started my decline towards the bipolar low because I did not want to talk to anyone around, and I just smoked up in my hotel room. I had stopped charging my mobile phone, and I used to pay a hotel waiter to bring me food & stuff every once in a while. My parents must have gone berserk.

Around another week later, I felt the need to go out since I had run out of hard cash completely. I did have money in my bank account (my & my father’s joint account) though so I had to go out & withdraw cash for the first time in my trip. But then, if you know anyone with bipolar, you would know how difficult it is to face the world if you feel low. It was a tricky situation.

The next thing that I did was probably the stupidest thing I ever did in my life, but it turned out to be a blessing in disguise. I asked the same hotel waiter to go out & withdraw some cash for me. I handed over my debit card and my ATM pin to him.
He never came back.

But someone else certainly did on the following day. It was my parents.

The waiter had withdrawn Rs. 2lacs (which was the maximum daily limit) from my account and went absconding. My father got an SMS on his phone regarding this transaction since it was a joint account. He obviously got to know where the transaction had taken place, and a few phone calls later he found out which hotel I was staying in.

My mother always says that when they found me I was physically half of what I was when I’d left home. I couldn’t talk to them properly for another month or so, but at least I was finally back home. Now, my parents do understand that I would screw up whenever I experience a bipolar high or a low, but they make sure that I’m always in contact with them.

One thing is for certain though, there is no better stuff than Kasol’s.