Macao is one of the most unique destinations in Asia with its East-Meets-West architecture and culture which coexists side by side with a modern and lavish lifestyle generated by its casinos and tourist industry. Known by many as the Asia’s gaming capital, Macao is also a UNESCO World Heritage Site with more than 20 historical locations of note. You can find a beautiful blend of history, culture, architecture, shopping, and gaming in Macao. Below are the 20 things I love about the Magical Macao:

The most famous and oldest (built in 1488) of Macao’s Chinese temples, this Taoist building was around before the Portuguese colonisation and therefore has a huge historical significance to the island and its initial religious standing prior to the western colonization. The goddess A-Ma is also where Macao gets its name from. When the Portuguese landed on a sea promontory 400 years ago it was near this temple. When they asked the locals the name of the land, they misunderstood, thinking that the Portuguese were asking for the name of the temple. So they answered 'Ma Ge', which was the name of the temple; this later distorted into Macao.

This is probably the busiest landmarks in Macau. It’s always crowded, especially during the day. The ruins are what are left of a Portuguese cathedral that was accidentally destroyed by fire in 1835. Tourists can go up to the inner part of the facade for an elevated view of Macau.

A Chinese residential compound with some western architectural influences; It was the home of Zheng Guanying (1842-1921), a scholar whose idea of ‘Saving the nation by enriching the nation’ influenced many Chinese leaders from Emperor Guangxu to Sun Yat-Sen and Mao Tse Tung.

This neo-classical designed building was built in 1860 and was the first European-style theater in China. The theater is an important landmark in the region and remains a venue for important public events and celebrations today.

Guia Fort and Lighthouse overlooks Macau from the summit of Guia Hill. The fort was built in 1865 and was the chief observation post during colonial times, designed to defend the city. It is well preserved and contains barracks, a water cistern, an ammunition cache, a chapel dedicated to Our Lady of Guia as well as the commander's house and storage area. The complex is a UNESCO World Heritage Site as part of the Historic Center of Macau. It's worth taking the cable car (the smallest in the world) up here because of the great views over the city and sea and also because of the enjoyable hiking along the trails that lead away from the fort into the surrounding hills. 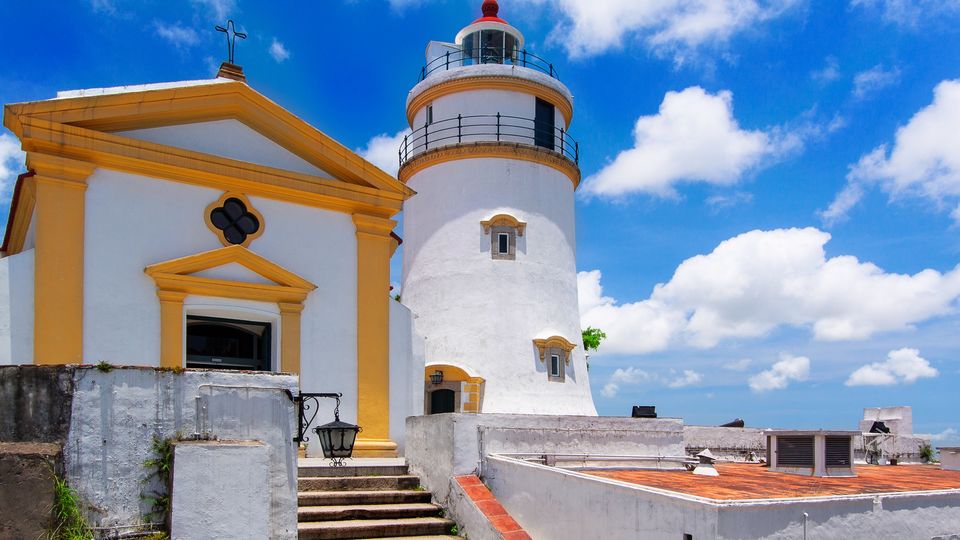 Located in the heart of old Macau and close to other heritage sites such as the ruins of St. Paul and the Holy House of Mercy, the beautiful square is surrounded by many colorful vintage colonial buildings and busy day and night. 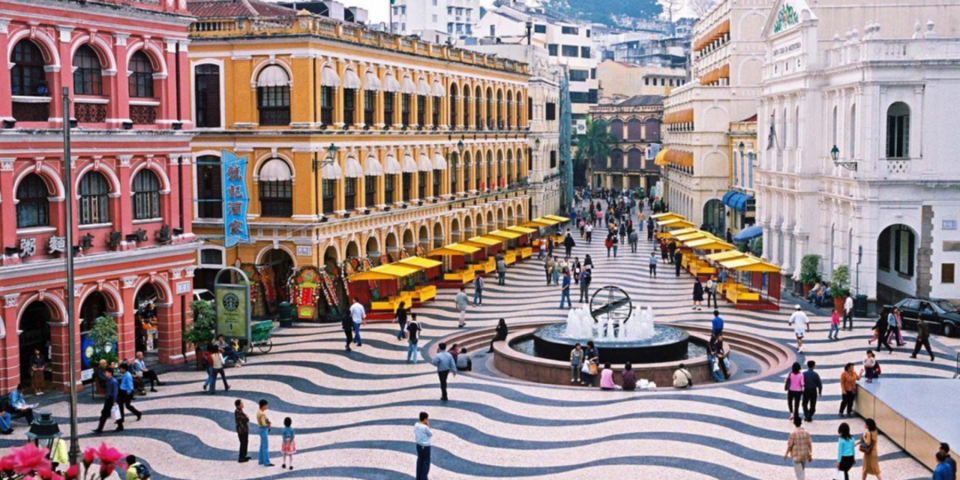 Taipa Village is a embodiment of old Macao. You can see a blend of European and Chinese architecture. You have a multitude of things in one place - Churches, Museums, Temples, Restaurants, Souvenirs, and cart load of lip smacking street food.

8. Science Center - For the geek within you

The Macau Science Centre is a beautifully designed facility located right on the waterfront. The center is home to five floors of interactive kid-friendly exhibits that allow visitors a hands-on way to explore science. Another highlight is the Planetarium, with around 130 seats fitted with interactive controls, you can enjoy a free trip into space by way of powerful 3D imagery. Don’t miss the observation deck located on the fifth floor, offering sweeping views looking out towards Taipa Island. 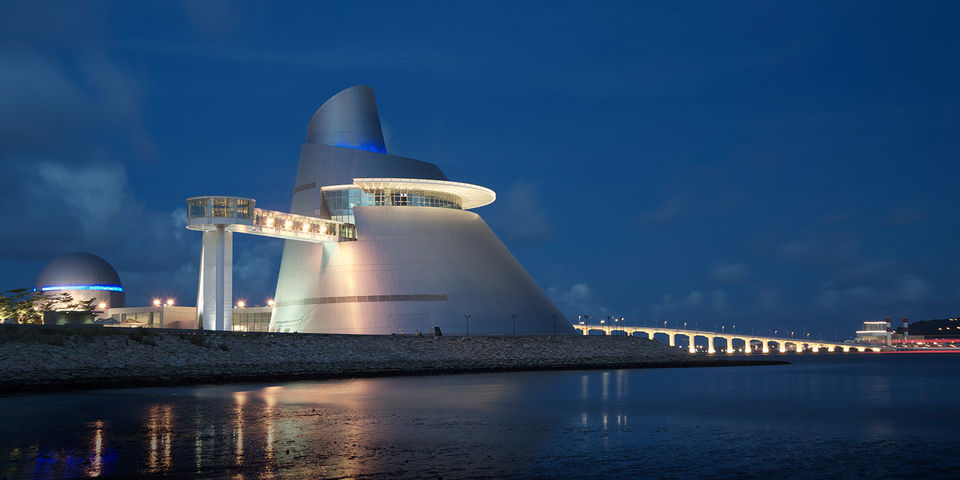 Macao has long been Asia’s gaming capital. In the past the casinos were all owned by billionaire Stanley Ho but in 2002 a new era of Macao began. The Chinese government stepped in and halted the monopoly and has since opened its doors to many new investors including foreigners who brought billion-dollar establishments to the island (Macao now has at least 34 casinos).

10. The Venetian - A glimpse of Luxury

Macao Beach is a public beach located in the province La Altagracia in the east region of the Dominican Republic. It is popular among locals and visitors for its white sands, clear waters and those who seek some adventure since this is a popular destiny for buggy and four wheels riders and surfers.

The tower measures 338 m (1,109 ft) in height from ground level to the highest point. Its observation deck features views, restaurants, theaters, shopping malls and the Skywalk X, a walking tour around the outer rim. It offers the best view of Macao and in recent years has been used for a variety of adventurous activities. At 233 meters, the Macau Tower's tethered "sky jump" and Bungee jump by AJ Hackett from the tower's outer rim, is the highest commercial sky jump in the world (233 meters), and the second highest commercial decelerator descent facility in the world, after Vegas' Stratosphere sky jump at 252 meters. 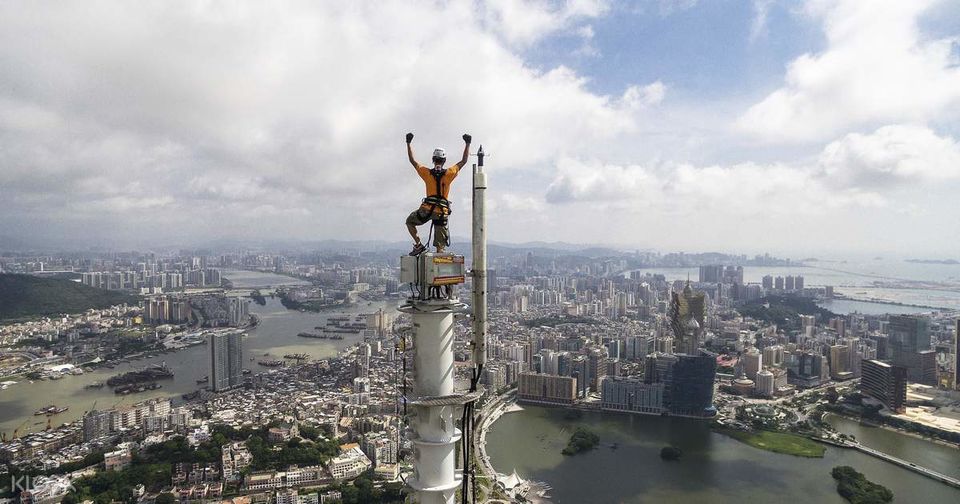 In simple words - luxury brands or street shopping, Macao has it all.

A taste of authentic Macanese food made under the guidance of Chef Florita Alves. 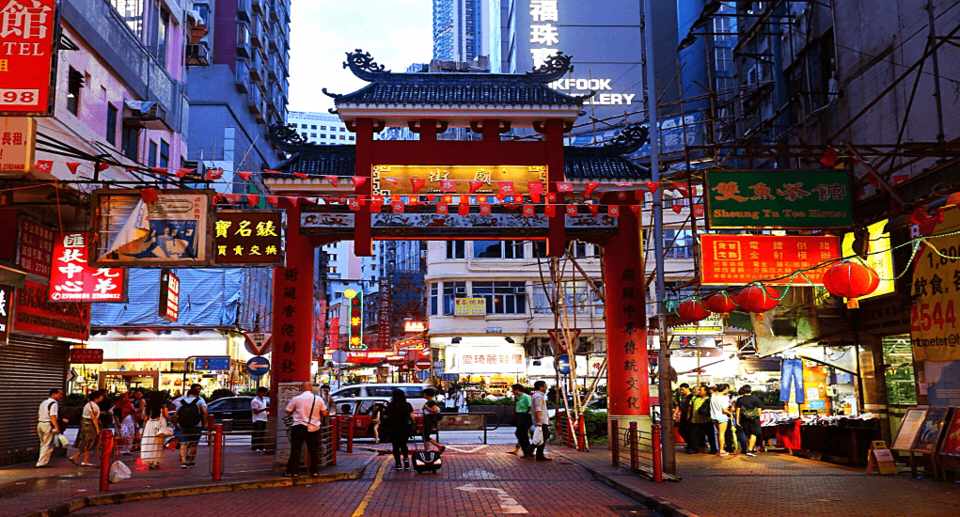 Kim Iam statue is a 20 m tall bronze statue of Goddess of Mercy emerging from a lotus. This work of art is located in outer harbor causeway. The lotus structure is an ecumenical center, which shares various pamphlets on Buddhism and preaches the religion too. 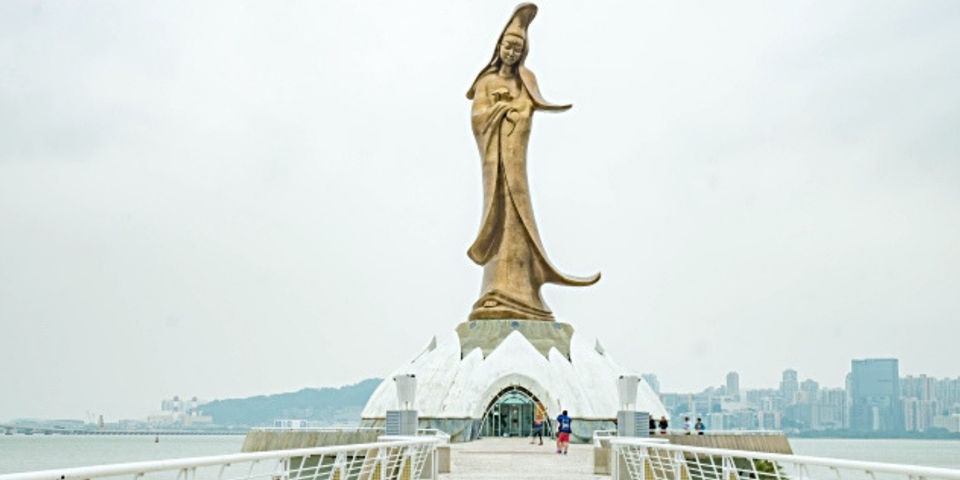 Located in Monte Fortress, Macau Museum is a huge display area, exhibiting items and souvenirs of different communities and nationalities. The museum also exhibits how different sects of people had lived here in harmony, preserving their own culture and ethos. Offering an insight into history and culture.

Have you been to Macao?

No - Start packing your bags, now!