Mysore Palace is a historical palace and a royal residence at Mysore in the Indian State of Karnataka. It is the official residence of the Wadiyar dynasty and the seat of the Kingdom of Mysore

Mysore is commonly described as the 'City of Palaces', and there are seven palaces including this one; however, 'Mysore Palace' refers specifically to this one within the Old Fort.

The last palace, now known as the Old Palace or the Wooden Palace, was burnt into ashes during the 1896 Dasara festivities. Maharaja Krishnaraja Wodeyar IV and his mother Maharani Kempananjammanni Devi, commissioned the British architect Lord Henry Irwin to build a new palace.

The architectural style of domes of the palace is commonly described as Indo-Saracenic, with blends of the Hindu, Mughal, Rajput, and Gothic styles. It is a three-story stone structure with marble domes, and has a 145-foot five-story tower. The palace is surrounded by a large garden. The entrance gate and arch hold the emblem and coat of arms of the kingdom of Mysore, around which is written the kingdom's motto in Sanskrit: "न बिभॆति कदाचन" (never terrified).

The main complex is 245 Ft in length and 156 Ft in width. The palace has three entrances: the East Gate (the front gate, opened only during the Dasara and for dignitaries), the South Entrance (for public), and the West Entrance (usually opened only during the Dasara). In addition, there are numerous secret tunnels from the palace cellar leading to Srirangapatna, other palaces, and confidential areas. 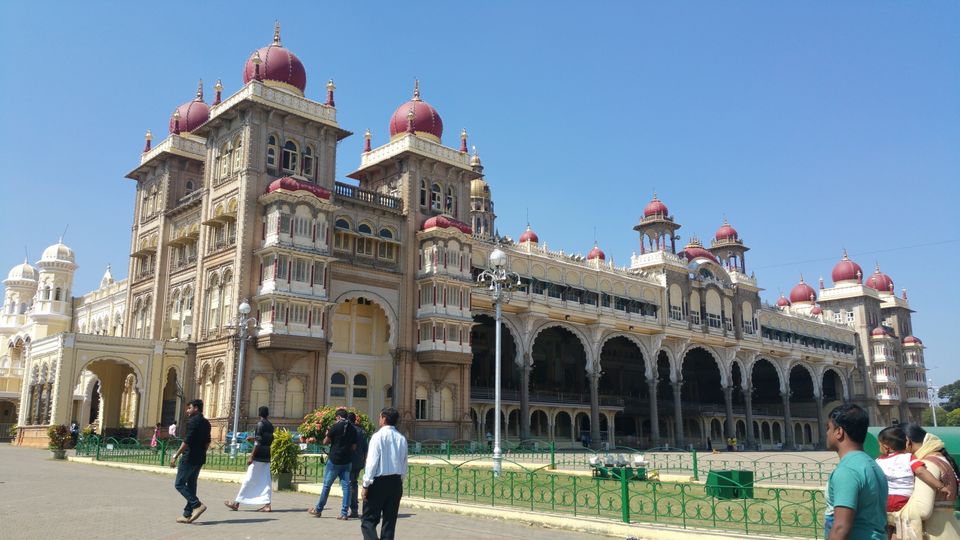 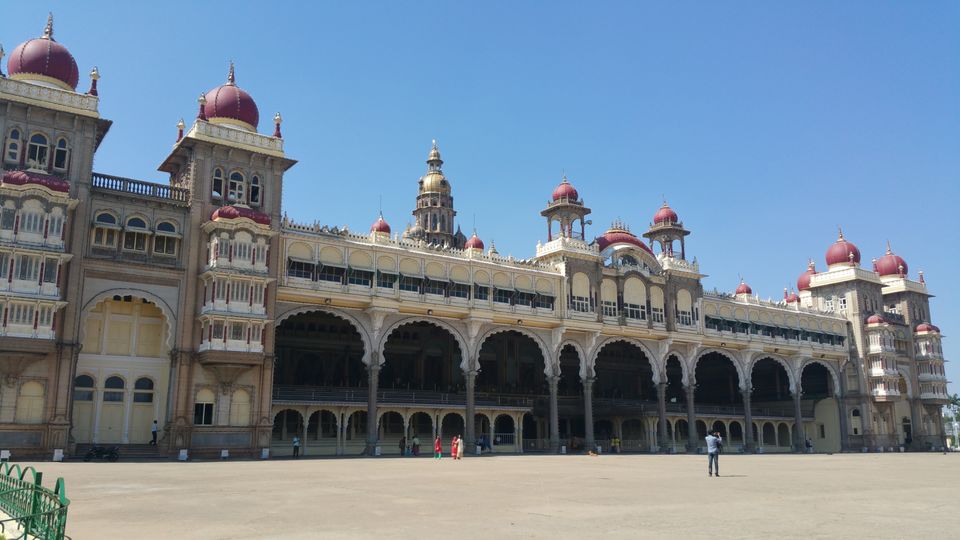 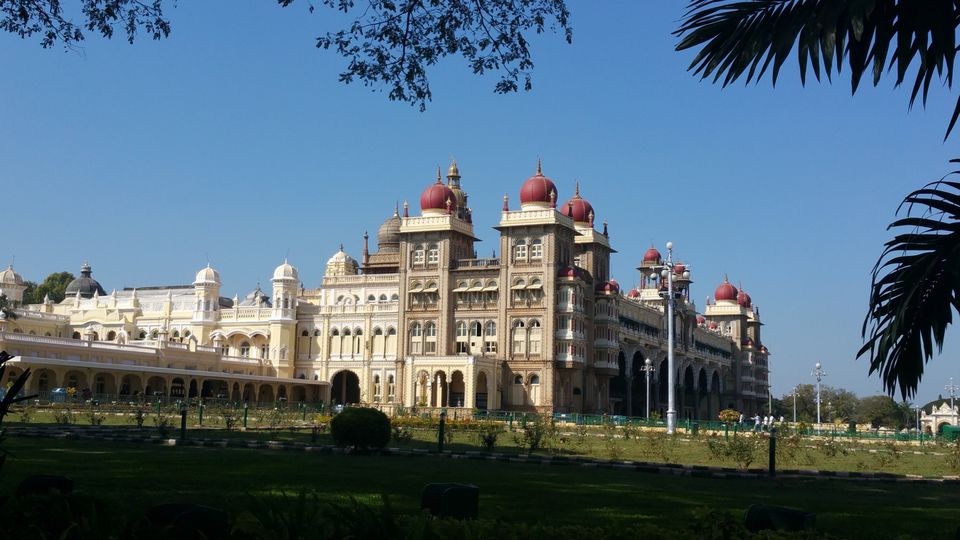 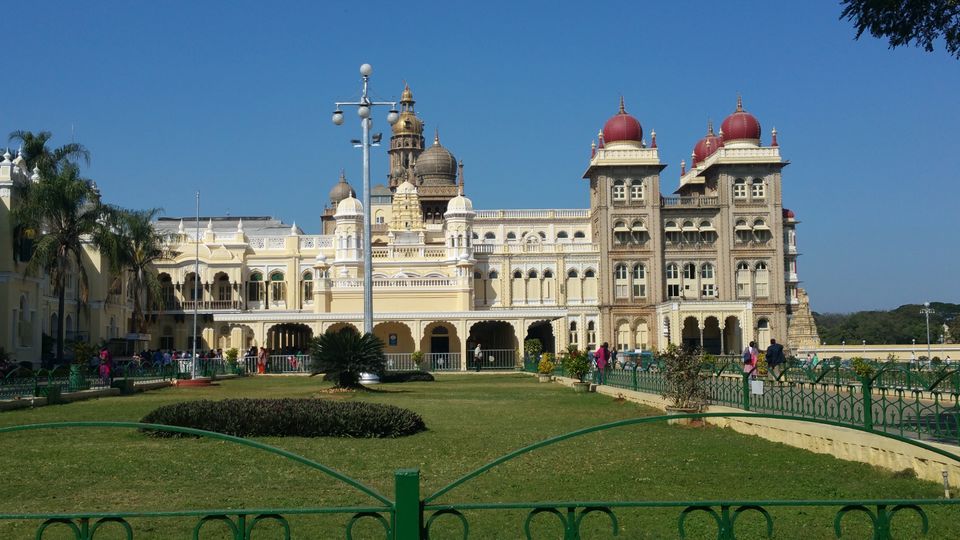 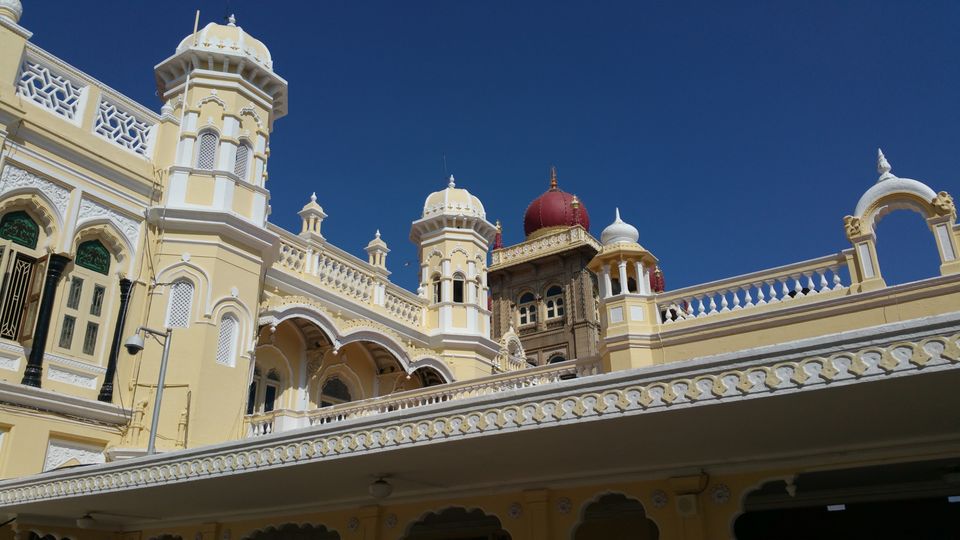 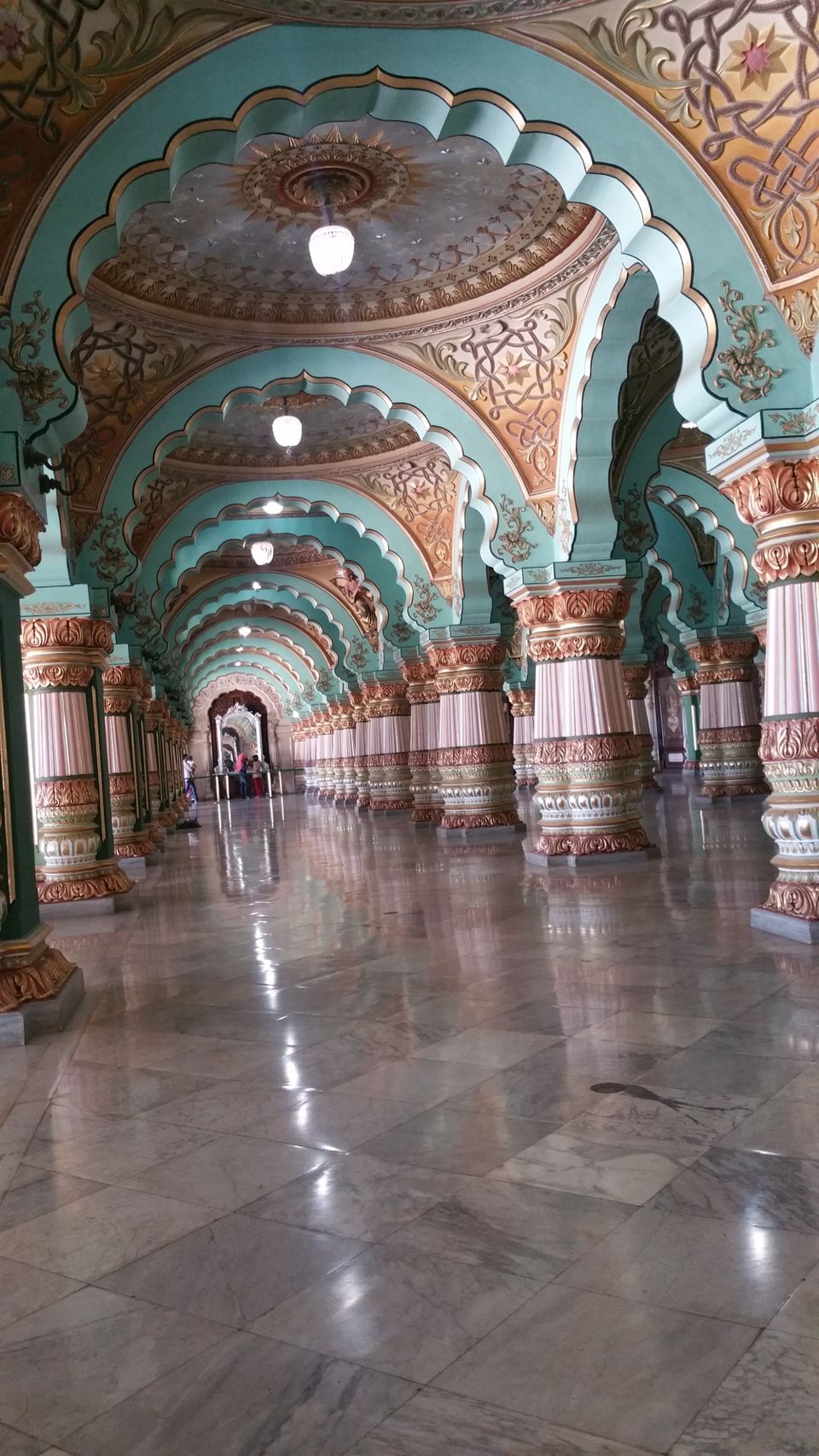 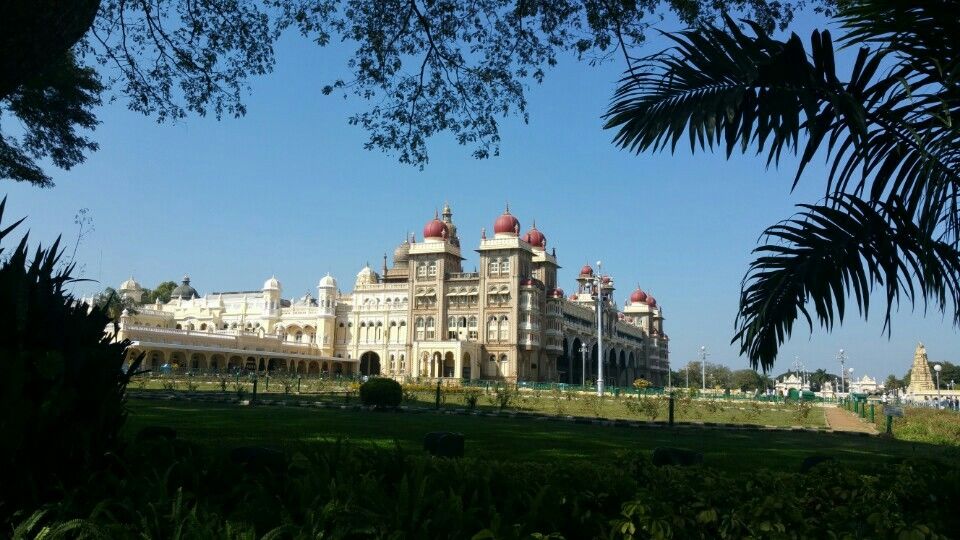