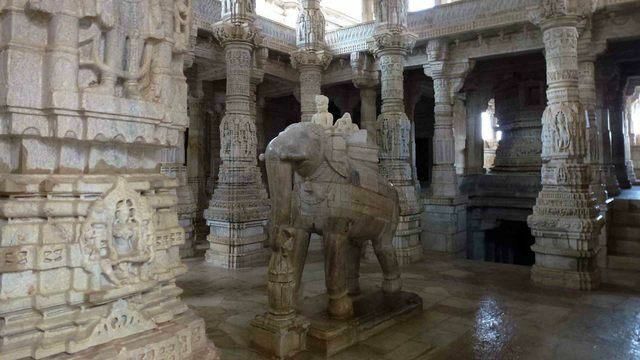 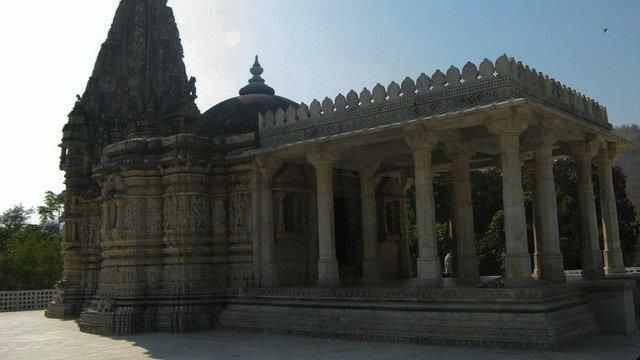 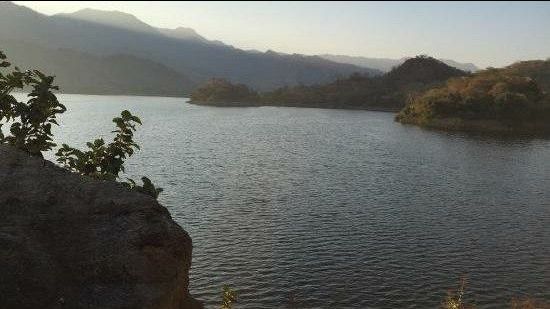 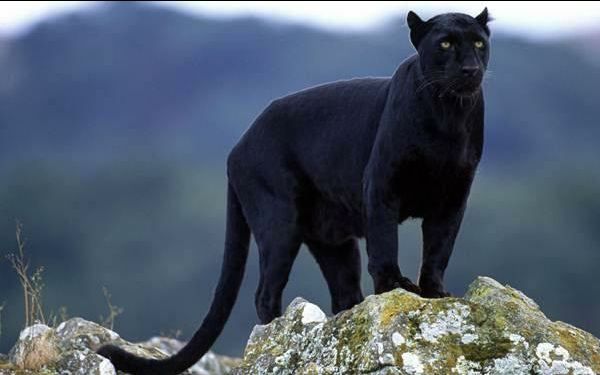 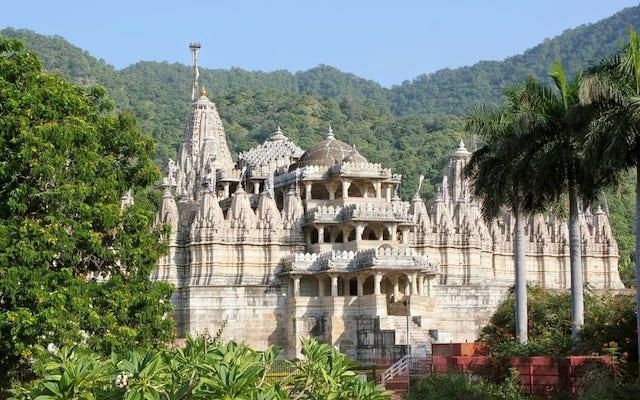 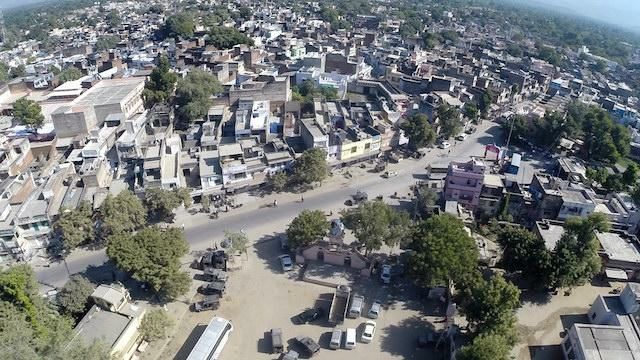 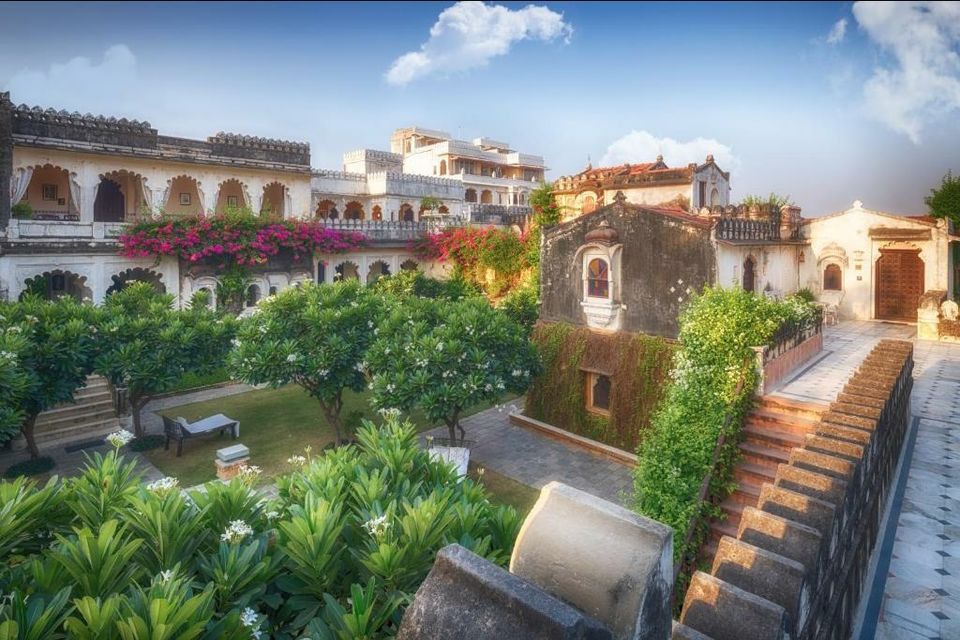 The small village of Ranakpur gained importance in history when its iconic Jain Temple was constructed in the 15th century. This village is part of the district of Pali which played a central part in the history of Rajasthan. The temple was constructed during a turning point in Pali’s history when a Maharana Khumba became the provincial ruler of the region after the defeat of the previous ruler. The city is named to honour him. That being said, the importance of Ranakpur is that it is a pilgrimage site, meaning that the tourist places to visit in Ranakpur would mostly include temples. But there is also the Kumbhalgarh Fort, Ranakpur Dam and the Kumbhalgarh Wildlife Safari to add to the mix. Ranakpur Jain Temple   Photograph by theindependenttourist.net This marvellous temple complex was built during the late 1400s and is one of the most important pilgrim sites for Jains. The whole building is made of white marble and its most outstanding features are the beautifully engraved pillars. The carvings on the pillars are so unique that it is said that it is impossible to find two pillars that are similar in design. The temple has some brilliant architecture and is very typical of the locality. The sculptures are also worth noting since they are crafted such that they all face each other. A four faced statue of the Adinatha found here has also earned the temple the name, Chaumukha Temple. The story behind the construction is a favourite among the locals. It is said a merchant Dharna Shah was asked in his dream to construct such a temple and with the help and permission of the then king Maharana Khumba, the dream was achieved magnificently. The temple is devoted to the first Thirthankar, Lord Adinath. Sun Temple Lohargal   Photograph by itslife.in The ancient Sun Temple is part of the Jain temple complex but was constructed almost two hundred years before the main temple. It did undergo serious damage and had to be rebuilt during the 15th century. The building is made of white limestone and has an architectural style understandably different from the Chaumukha Temple. The inner sanctum and the surrounding structure constitute the heart of the temple. The sculptures of the sun god guarding the sanctum explain the name of the temple. The pillars at this temple are also worth noting. Ranakpur Dam   Photograph by tripadvisor.co.za The dam sandwiched between the sprawling hills of the Aravali Range is a pleasant sight; and after the temple, it is the most sought after place in Ranakpur. This is a place that is not often visited because of a secluded environment. It is a great place for bird watching as indigenous birds frequent the surrounding greenery for water. The view from here also deserves mention since the entire valley can be seen from here. Kumbhalgarh Fort   Photograph by india.com About 50 km away from Ranakpur is the magnificent fort of Kumbhalgarh, which is a marvellous piece of architecture. The fort can be visited from 9 to 6 every day of the week for a menial entry fee. The birthplace of the beloved Maharana Pratap, this fort is located on the Aravali, giving it a great vantage point. Besides the astonishing architecture, the fort is also known for its 36 km long wall, making it one of the longest walls in the world. The fort is built in a way to utilize the natural terrain to have an advantage over the enemies; while inside the fort, the many temples and palaces are constructed to be of outstanding beauty. Kumbhalgarh Wildlife Sanctuary   Photograph by ohmyrajasthan.com Also about an hour and a half away, the Kumbhalgarh Wildlife Sanctuary used to be the royal hunting ground in the era bygone. This green stretch of land is home to panthers, leopards, antelopes, sloth bears and many varieties of birds. There are a number of rivers that pass through the park, starting from the Aravali which acts as the lifeline for the sanctuary. It is open during the daytime from 7 in the morning until sunset, and tourists need only pay a menial entry fee. There is no public transportation from Ranakpur so the best way to reach here would be by a hired cab. Muchhal Mahavir Temple   Photograph by https://www.thrillophilia.com Muchhal Mahavir Temple of Ranakpur is located in the natural beauty of Kumbhalgarh Sanctuary. AS the name suggests, the temple reveres the deity Mahavir, with a huge statue of the Lord sitting in the middle of elephants sculptures. There is a little tribal village in the woods close to this temple, where you get to explore the rustic lifestyle as well as pick up vivid handmade costumes. Sadri   Photograph by https://urban.rajasthan.gov.in Sadri is a little town in Pali, located about 8 km from Ranakpur. It is an important stop on the pilgrimage circuit of Jains before they visit the Jain Temple of Ranakpur. Sadri, historically, was ruled by the Sindhal Rathores, and made a gateway of sorts into the land of Marwar after crossing Mewar. You can visit the Varahavatar Temple, Parshuram Mahadev Mandir, Ranakpur Jain Temple, Chintamani Parasnath Temple and other ancient shrines here. Narlai   Photograph by https://www.google.com Another small hamlet in the foothills of this region, Narlai is popular among Jains as well as the Hindu community. Lord Adinath, Jainism’s first thirthankar is revered in a grand temple here. The beautiful murals, relics and paintings at this temple are worth exploring. And when you are done doing the temple tour, you can visit the many step-wells and resorts peppered round Narlai.