Savandurga Hill - A Quick Getwaway For Adventure Enthusiasts From Bangalore

Savandurga Hill - A quick getwaway for Adventure enthusiasts from Bangalore 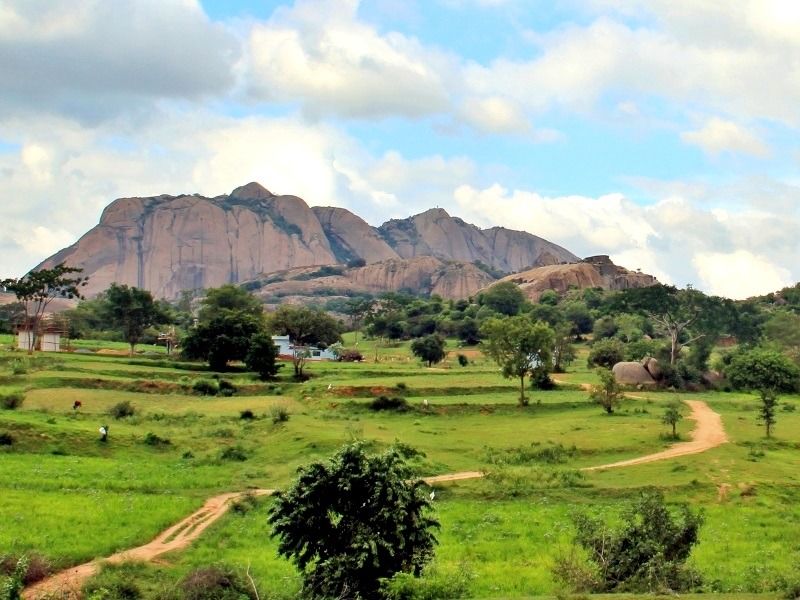 There are several quick getaways situated near Bangalore. Nandi hills, Avalabetta are some of the very frequented getaways for people of Bangalore. However, one very unique location for people seeking a respite from the crowds of Bangalore, and a little challenging rocky trek, is the beautiful Savanadurga Hill. Located about 60 KMs from the center of Bangalore, this hill happens to be one of the largest monolithic hill in Asia.

Dating back to almost 1300 AD, and originally called as Savandi, the Savanadurga Fort atop the hill formed the secondary capital of the Magadi rulers like Kempegowda. The hill is formed by two structures, localled named as Karigudda (Black Hill) and Billiguda (White Hill). Two important temples are located in the foot of the hill, Savandi Veerbhadreshwara Swamy and Narasimha Swamy temple.

The best way to reach Savandurga is through private vehicle, or by hiring a Taxi from Bangalore. However, for people opting for much cheaper public transport, buses can be availed going towards Magadi or Savanadurga from the Majestic Bus Depot in Bangalore. The frequency of buses is low, and uncertain. Trains can be availed from Bangalore till Magadi, from where you must opt for locally available autorickshaws.

The nearest airport to Savanadurga however, is the Kempegowda International Airport in Bangalore.

The best time to undertake the Savanadurga trek is ideally from September to early March, as the climate can be quite troublesome during Summer and Monsoon, due to the terrain and nature of the trek. At an altitude of 4000 ft, with predominantly Granite Rock Trail With Small Forest and Mud Sections, the climb can be quite difficult and dangerous during monsoon, and physically demanding during summers.

To begin with, the whole structure is made up of one huge monolithic rock. The climb here is steep, mostly encountering granite, and little patches of forests. There are two separate trails, along the Karigudda and Billiguda. However, only Billiguda is accessible to the public. This trail originates from the Narasimha Swamy temple. The entire expanse of the trek is completed in three stages. 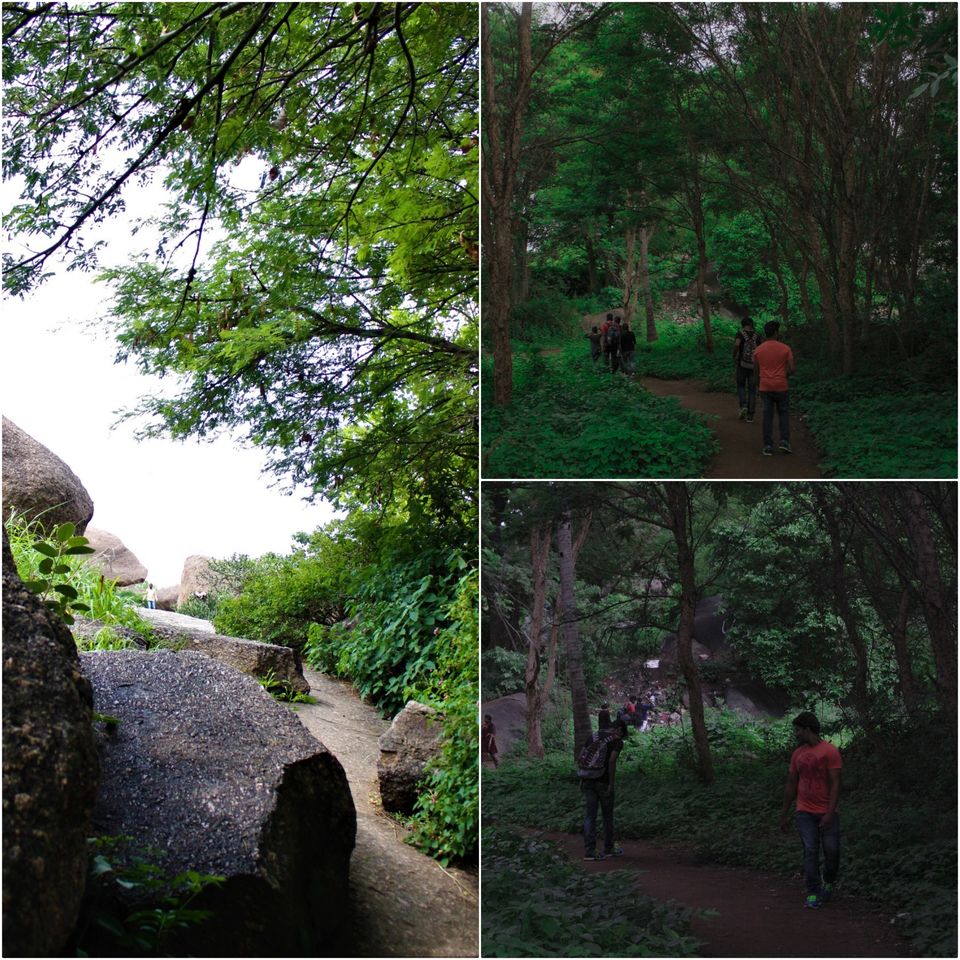 The first is the Base at the Narasimha Swamy temple till the beginning of the rocky section. This part is the easiest and lightest in the entire trek. You pass by some forested and foliaged region, which brings you to the rocky section, which actually begins the trek. The second stage, is from the rocky section till the Savanadurga fort wall. This section is especially challenging. However as you keep climbing up, you are just a turn of head away from incredible scenery of the surrounding reservoir and heavily forested area. You get a 180 degree view of the never ending vastness of greenery. This stage ends at the walls of the ancient fort walls atop the hill. This point is also a breakpoint for rest and recoup. Sit for sometime, drink water and hydrate, and enjoy the view. 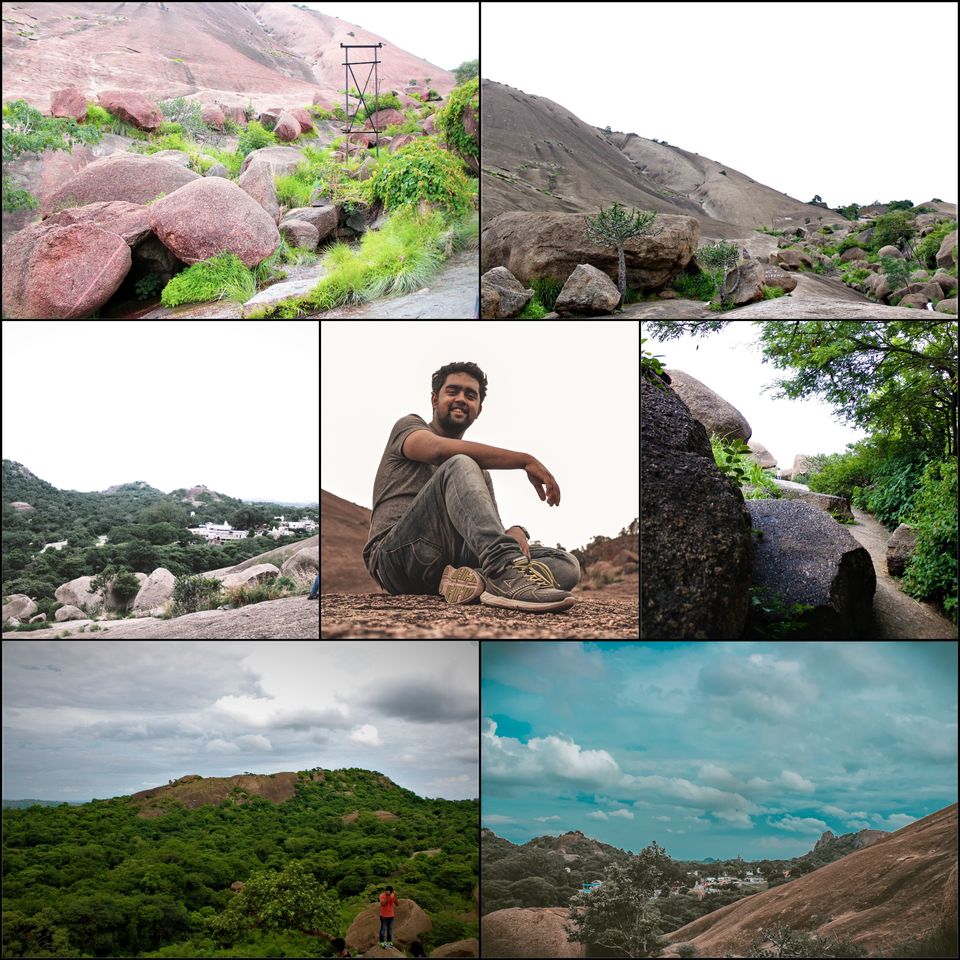 The third and the last stage is from the Fort wall till the Nandi Temple at the summit of the hill. The climb from the fort wall to a second fort wall gets more steeper, however you will notice indentations and inscripted foot prints in the rock formations, which had existed since the ancient times. After crossing the second fort wall, you will find a respite from the rocky formations as the area looks much more greener along muddy trails, along with naturally made ponds and water tanks. The successful climb to the summit near the Nandi temple is very rewarding as the views it offers is breathtaking and spectacular. You will find yourself marvelling at the stretches of nature that lies around you in a 360 degree view. You will be spell bound at the views of Manchanabele and Thippagondanahalli reservoirs in the horizon, and if you strain your eyes enough, you might also spot the villages around Ramnagara and Magadi. The whole climb from the Narasimha swamy temple below till the Nandi Temple will take around 2.5 to 3 hours. 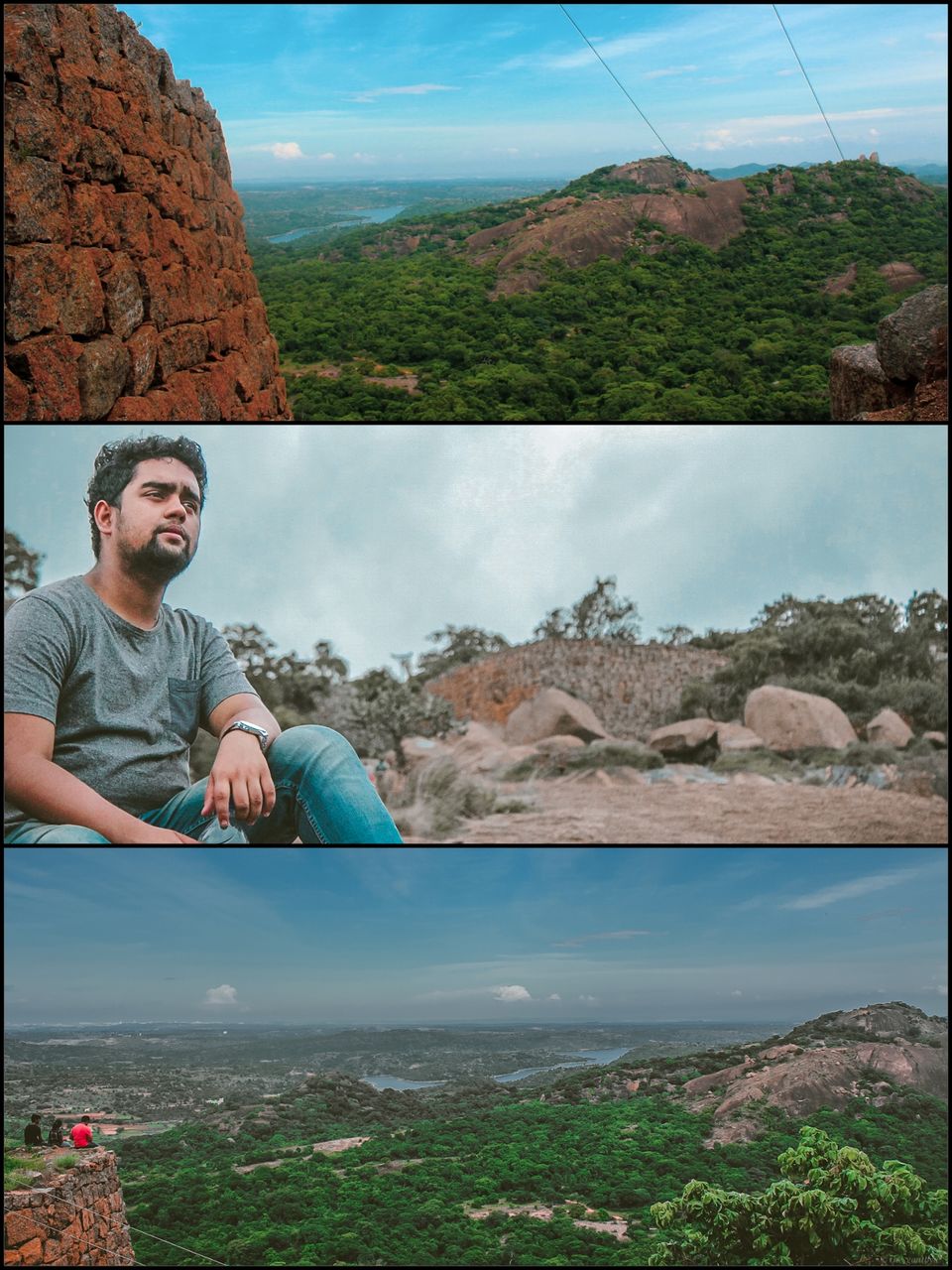 When you begin the descent back down, be very careful with the steps. The climb, as tough it might have been during climbing, is equally precarious during the descent below. One wrong step might prove to be seriously injuring. The climb down takes around 2 hours.

Registration for the Trek

Prior to taking the trek, it is important that you register through my EcoTrip portal and pay a modest trek fee of ₹250.

The entire trek route map, as compiled and documented by India Hikes 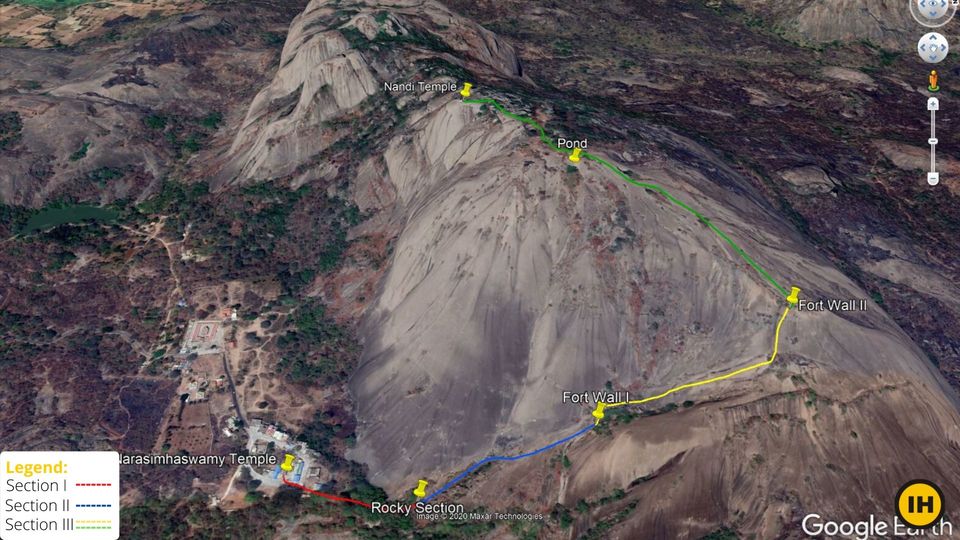 So, do let me know when are you planning your trip to Savandurga, in the comments section. Also, make sure to tag me in your Instagram posts. I would love to hear about your experience on your Tripoto Stories. If you are looking for a complete guide to the Savanadurga Trek, make sure to check out the guide compiled by India Hikes on their website.