Seven Lessons Moving To The Mountains Taught Me 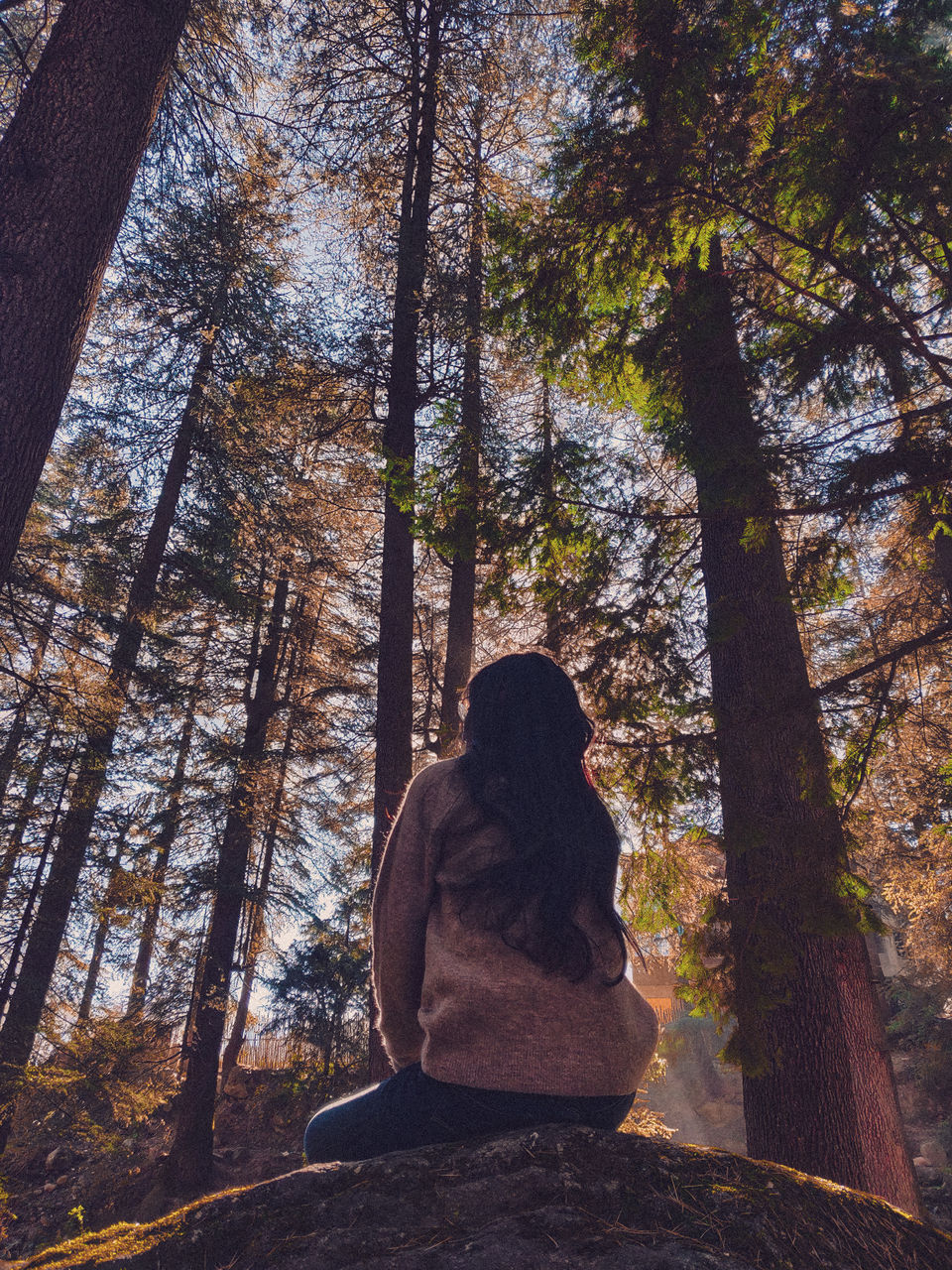 The idea of living in the mountains drew me as the moon draws tides in the ocean.

For more than half a decade, life was about breathing in the mountains only to return breathless in the city. I remember meeting Manali five years ago, and I knew it– if I am to ever build a home, it has to be in Old Manali. It took a while, juggling the finances, managing a consistent flow of freelance work, finding a home, but it happened. However, as glamorous as the idea of moving to the mountains sounds, the mountain life isn’t easy. It sure is fun, but aint easy.

Here are 7 lessons, I learnt the hard way after moving to the mountains:

1. You realise the value of water when you have to carry every drop of it 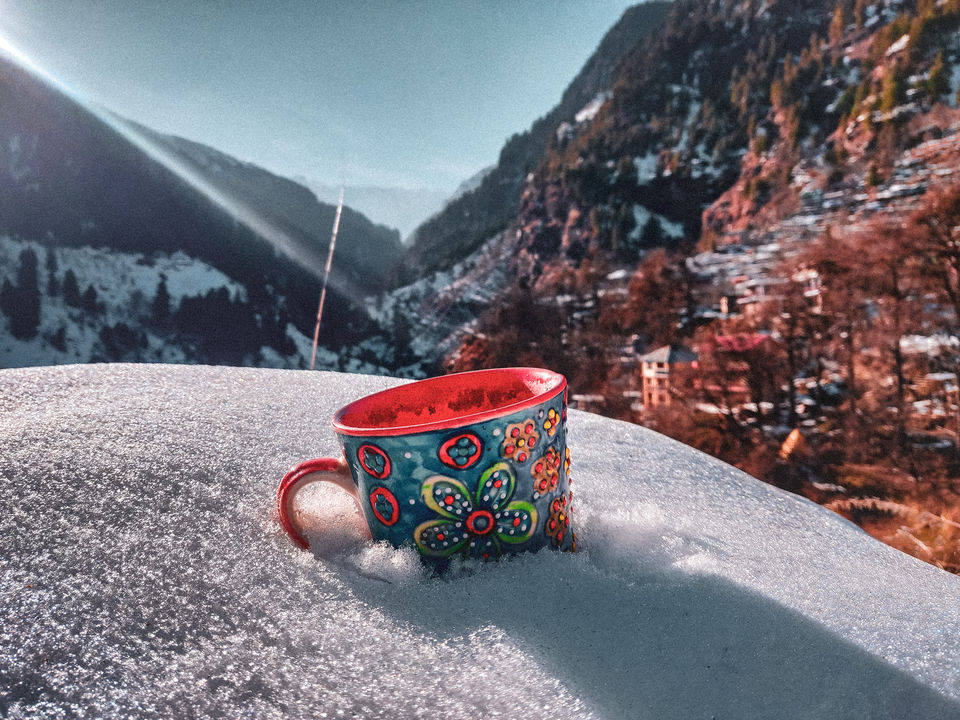 Winter means snow, bonfires, hippie jackets, and cosy evenings. Winters also mean no water. Water freezes in the pipeline in the unforgiving winters. One fine morning, you will wake up to the freezing winter, only to find that water is on a holiday. Initially, I’d smile about it and brave up to the community well to collect water. Days passed. And I realised the importance of the phenomenon magical moment when water flows from a tap. Water is precious; sadly we only stumble upon this realisation when there’s none.

2. Wood and Tandoor is indispensable 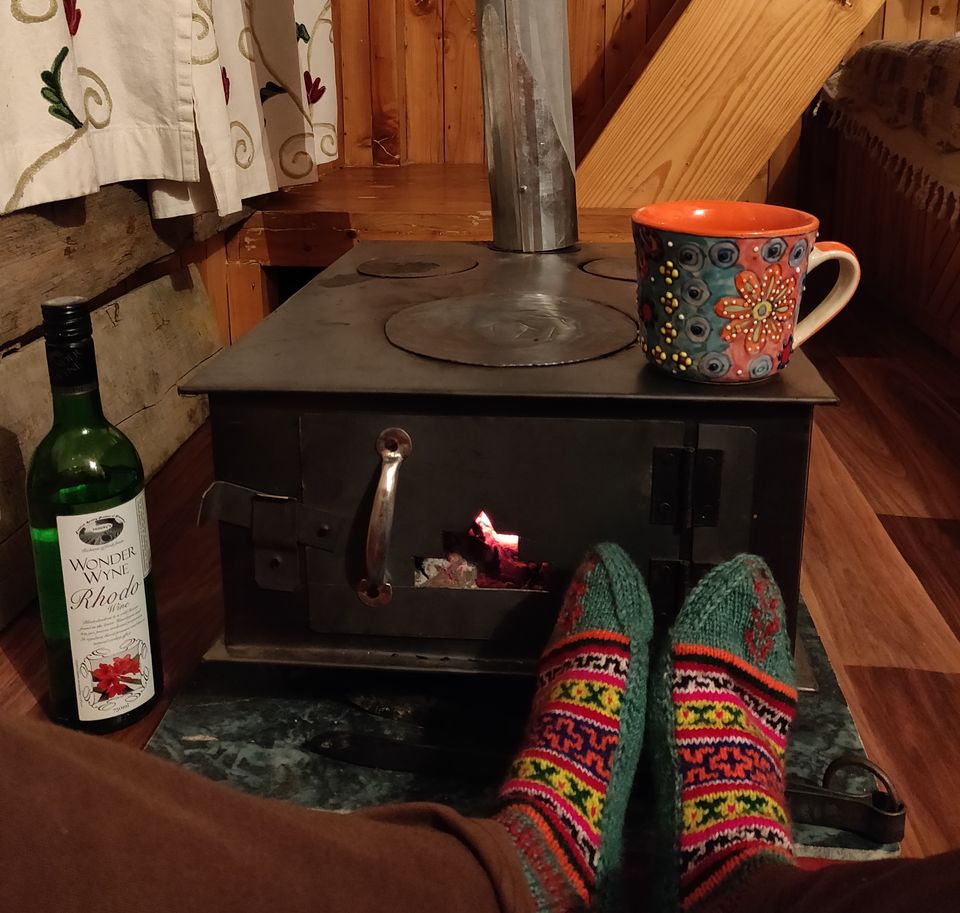 When I moved in, I bought a fancy electric heater. Useless! For one, it doesn’t heat the entire place and two; electricity is not a reliable friend anymore. However, by the time I realized that it’s useless, the roads were already icy and no auto/taxi would drive up to my place. Only a tandoor could have saved me from the long winters. So there I was braving and sliding my way to the New Manali Bazaar to finally bring home warmth.

Side note: Nobody but your landlords will sell wood to you.

3. The coldest places are inhabited by the warmest souls 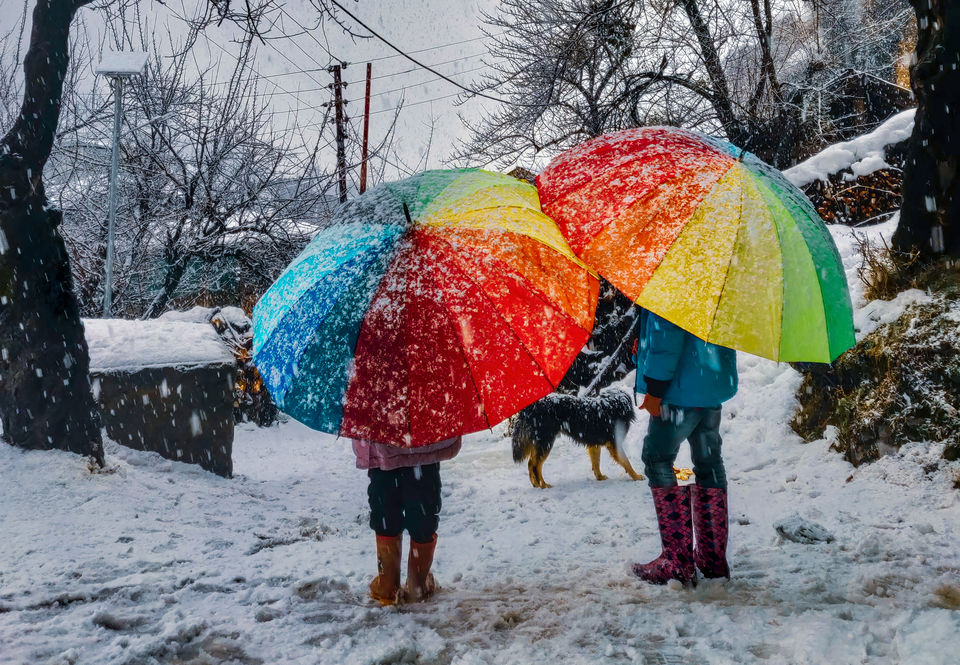 Though life in mountains is difficult, everybody around you will try to make it a little easy. The neighbours will bring home apples, sweets and village gossip. They help carrying the groceries uphill if they notice you struggling, even if you’ve never met them before. I remember it was snowing heavily one fine evening, and I was out without an umbrella, a kind old village woman walked up to me with her umbrella and escorted me home. Such, humanity warms your heart on the coldest evenings. Kindness is a lesson, mountains never forget to teach us.

4. No network life is a blessing in disguise 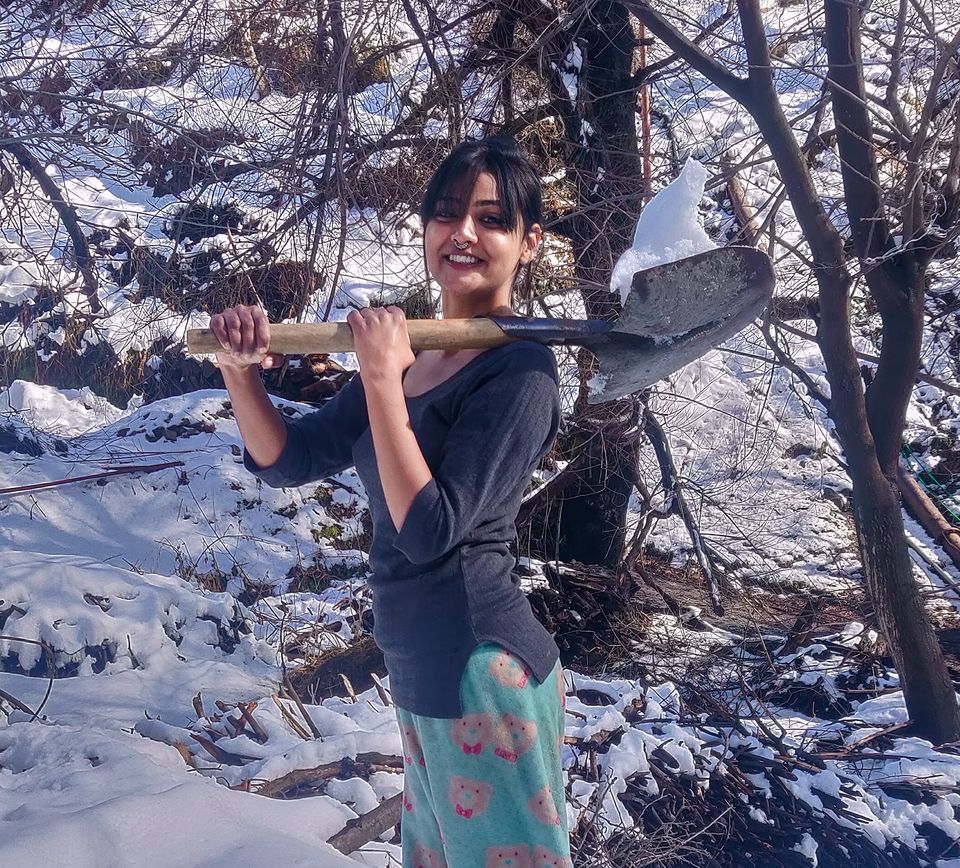 The longest we lived without electricity and network this winter was 13 days. This tech detox can cure the compulsive urge to consume social media in every half an hour or so. It even gets better when friends start visiting home. This is where I realized how such winters become cosy with the warmth of people. Folks visit each other and you know a house is alive when music flows out of the chimney, when people laugh as they try to make snowman and fail, when folks spend days creating an igloo– the fun of living the village life is unparalleled to any amount of the social media drug.

5. City glitters are not gold 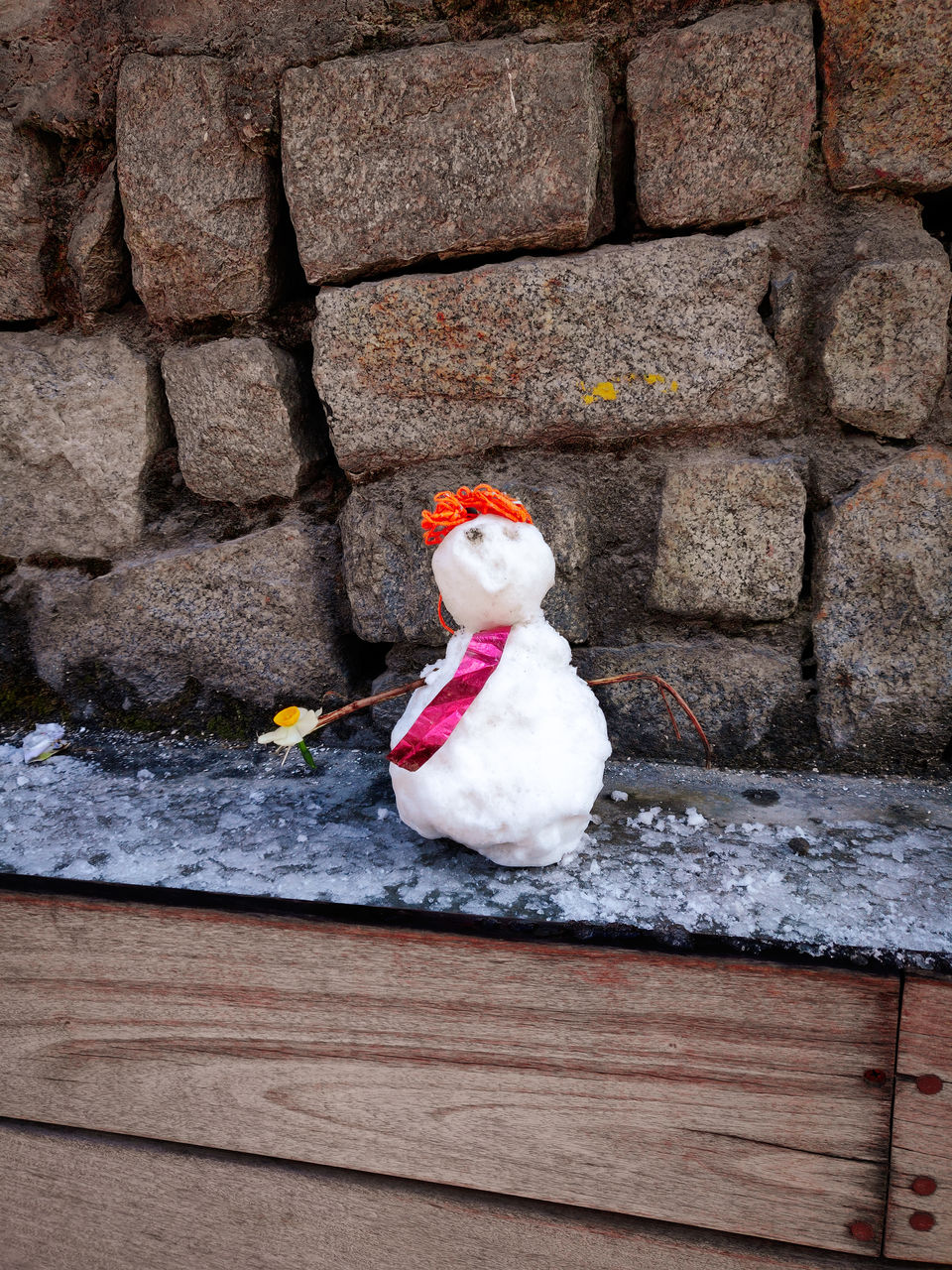 Replace the city honks with chirpy sparrows in the garden. Ohh God the birds chirp so much, it feels like they are talking. It feels like nature is talking and you are listening. Replace the concrete jungle with a real one and you will realise that the only way back home is going back to nature. There is no hurry, nothing to be done and this creates the space for one to realise how beautiful life is. 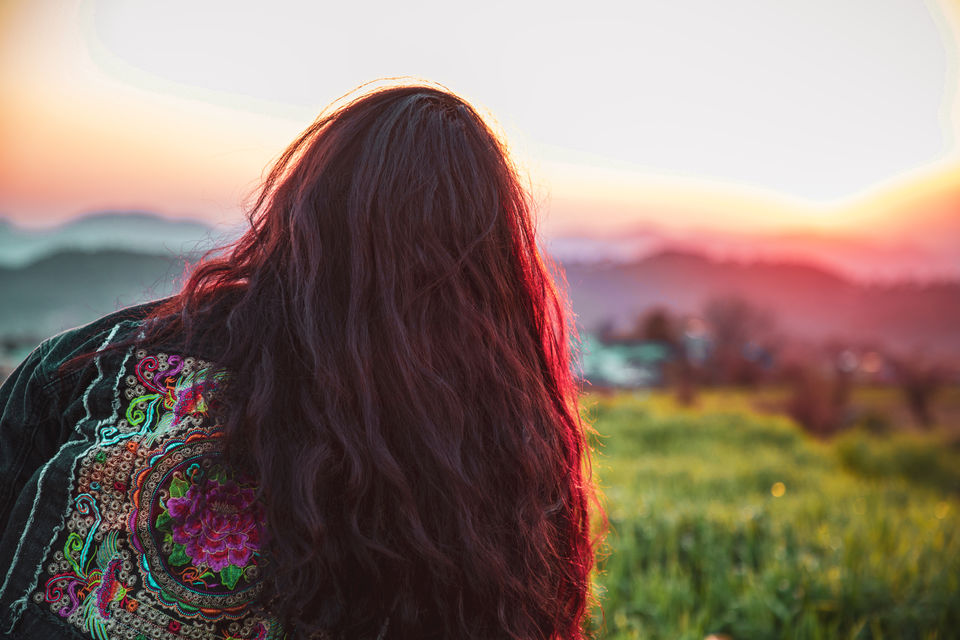 If there’s one solid lesson the mountain life has taught me, it is to cherish the sun. So much so, that the mood of an entire village depends on sunshine. There are days when I wake up and peep out of three layers of blanket to check if there’s any sun. If there is, then the sun itself becomes a reason to wake up with a smile. If there is no sunlight, we wake up grumpy and shivering, running to build a fire. Hours of wintertime had found us in the garden– making a snowman, shoving snow from the stairway, sitting by the tandoor oftentimes doing nothing, and a deep longing for the sun.

However, when the sun arrives, it arrives in blazing glory. Blessed are the days we spend like lazy cats, basking in the sun happily. Random strangers and village folks smile at each other brighter than the sunlight. Ah! What a relief sunshine is!

7. Leopards are no joke

The whole village woke up to the rumour of a Himalayan leopard, taking a leisurely stroll in Old Manali. It’s a small place, you see, rumours catch up real fast. Soon, people started calling up people to check if everything’s okay. We were quick to realise that we must be living more than a random rumour. A couple of hours later, it was all over the local news channel and social media. The leopard was near the old Manali bridge. It attacked a local and the forest department guys showed up only after the village folks had lethally jabbed the beast. But there’s more, another one was seen a few yards away from my cottage at a grazing ground. This one had killed a few sheep and set the whole village in a wild frenzy. It’s obvious that there mustn’t have been any food up in the jungles and hunger drove them to Old Manali.

It got me thinking. Circumstantially, it happened so that I was walking home alone that night. The road bathe in snow. The snow bathe in moonlight– as if a thousand silver fireflies lay silently, frozen on my path. How beautiful is the village life, but we are not the only ones to pay the price for this. While walking I realised how we’ve stolen their home.