The Pyramids Of Teotihuacan

The Pyramids of Teotihuacan

The Pyramids of Teotihuacan.

On the 28th of June, I received a call from the crew manager if I am willing to take on an emergency assignment. I had to board the ship at Manzanillo(Mexico) on the 30th. I readily obliged.

In a few hours, I received my flight tickets and all necessay documents by e mail. Later that night, I left my home.

On the 29th, I reached Mexico City by 2200 hrs. The connection flight to Manzanillo was only on the 30th, at 1720. For the night stay, I checked into the Airport Hilton.

History has always fascinated me, and I knew that the ancient city of Teotihuacan is just fifty kilometres away. This seemed to be an opportunity to visit Teotihuacan. I asked the hotel front desk to get me a car with an English speaking driver for the next morning.Getting away this far from the airport when you have a connecting flight to catch, is not the best thing to do. Mexico City traffic is not dependable, especially if it is not your lucky day.But,I decided to take the chance.

Alain(the driver) was also a licenced tour guide. Since he knew the city traffic, he decided which way to go. We started immediately after breakfast.

Being an ardent soccer fan, Alain had clear memories of the 1986 World Cup soccer which was hosted by Mexico. Mexico City was much smaller those days, and ‘The Holiday Inn’ was the only good hotel. This was where most of the soccer teams stayed. Young Alain managed to collect the autographs of many players, which he keeps with him even now as a treasure!!

Far away in India, I had watched the 1986 World Cup on television, and still have vivid memories of the same.I too shared my memories of the tournament with Alain...Maradona’s famous (hand of God) goal, ‘Gary Linekar’ who received the Golden boots for being the tournament top scorer, ‘Elkjaer Larsen’ of Denmark who scored the first hat trick of the tournament, the West German coach ‘Beckenbauer’, the Argentina goal keeper ‘Pompido’,the English goal keeper ‘Peter Shilton’, ‘Michael Platini’ of France,.....these were the names which filled the media.Alain was surprised to hear these details from me!! “India does not have a great football team comparable to those of Europe and Latin America , but we do follow the game passionately”...I explained.

As we pased through Mexico City, I could see Spanish culture and architecture all around. Mexico was under Spanish occupation for nearly three centuries. She gained independence from the Spaniards way back in 1810, but ninety eight percent of the population still speak Spanish.The people are generally friendly and has an aura of grace.

After about an hour’s drive, we arrived at the ancient city of Teotihuacan, which is the most visited archaeological site in Mexico.

The Teotihuacan civilisation was established way back in 200 BC and lasted till 600 AD.At her peak, the city had a population of 250,000 and an area of 30 sq kilometres. This was the largest city in the whole of North and South America.The city has a broad central avenue, and two pyramids. The bigger of the two pyramids is termed as ‘The Pyramid of the Sun’, and is the third largest pyramid in the world.The smaller pyramid is known as the ‘Lunar Pyramid’.The city was well planned, had good housing arrangements for her large population and was built along the sides of the broad central avenue.The reasons for the decline of the civilization is not certain.From available information and evidence, historians infer that an internal uprising could be the possible cause of the downfall.

The relics of the 2200 year old city was well maintained and I spent some quality time exploring this wonderful city. The souvenir shops had a wide range of products, which were truly a collector’s delight. I too purchased a few souvenirs I found to be unique , which turned out to be a good bargain!!

Hiring the ‘Lincoln Cartier’ for six hours was worth every penny and I enjoyed every moment of this brief tour of Mexico. Alain too seemed to be enjoying his job, which made this a win-win situation!! 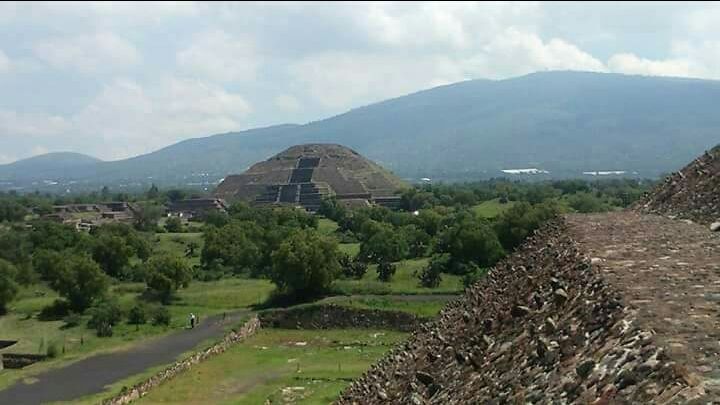 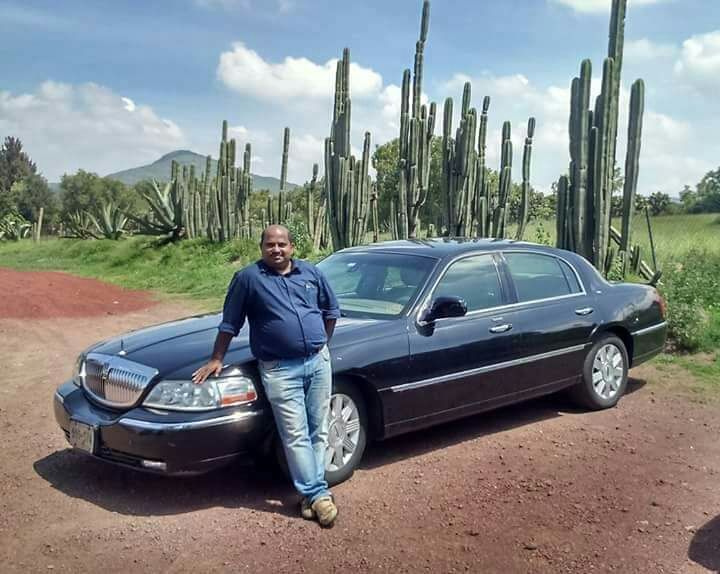 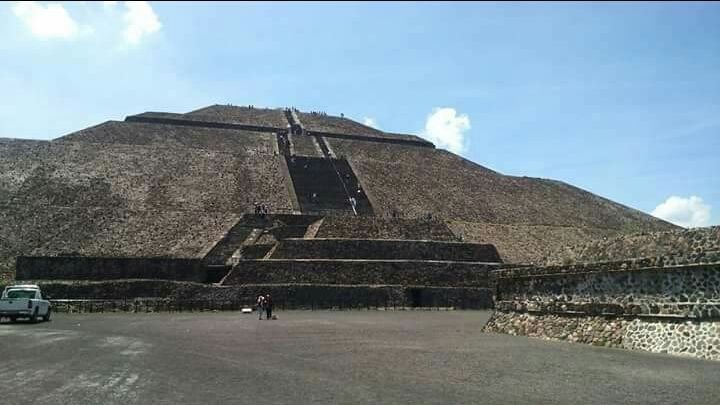 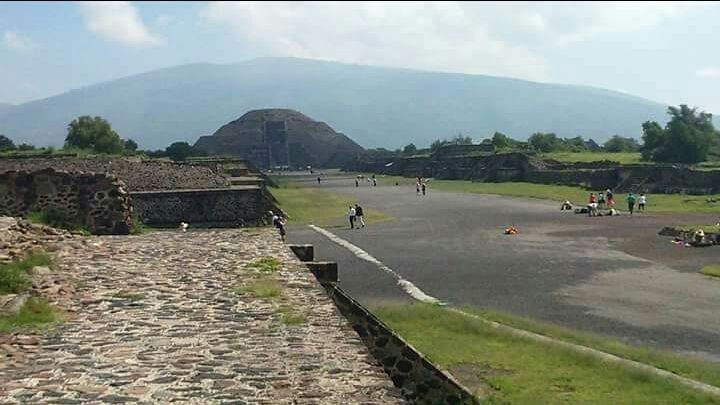 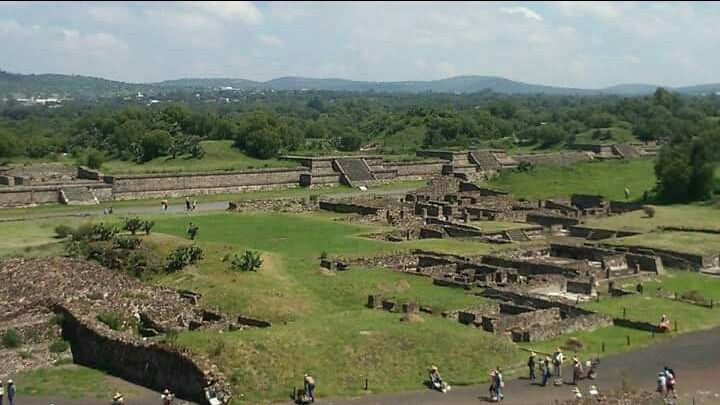