In March, 2013, I was about to complete my First (Freshman) year of undergrad and didn't have any substantial plans for the Summer break. My maternal uncle had recently announced that he, aunty and their two sons would be heading to visit my maternal aunt in the US.

Now, my uncle and my two cousin brothers were Hollywood buffs. One would assume that, fans like them would definitely visit LA. However, their plans were quite the opposite. They planned the trip around real-life locations that they had watched in movies. This put some particularly interesting spots on their itinerary. Liberty Bell (National Treasure) and Las Vegas (Hangover), to name a few.

Then, something unexpected happened. Uncle suggested that I join them on the trip (Factor 1 of 3). My parents agreed happily (Factor 2 of 3). My aunt in the US decided that she wanted to gift me the trip, right from the international flight to my meals and hotels in various cities (Factor 3 of 3). The holy trifecta! The craziest part was that while my uncle's family would return after 3 weeks, I was going to be there for 2 months.

On 18th May, 2013, the five of us flew from Mumbai to New York City via Virgin Atlantic and had a layover in London Heathrow. I probably should've mentioned this earlier: my aunt lived in the fanciest burrow in New York City. Yes, you guessed it right. Manhattan! No. She was not born with a silver spoon in her mouth. She had been studying and working hard for 15 years to become a neonatologist and had finally bought an apartment in New York. 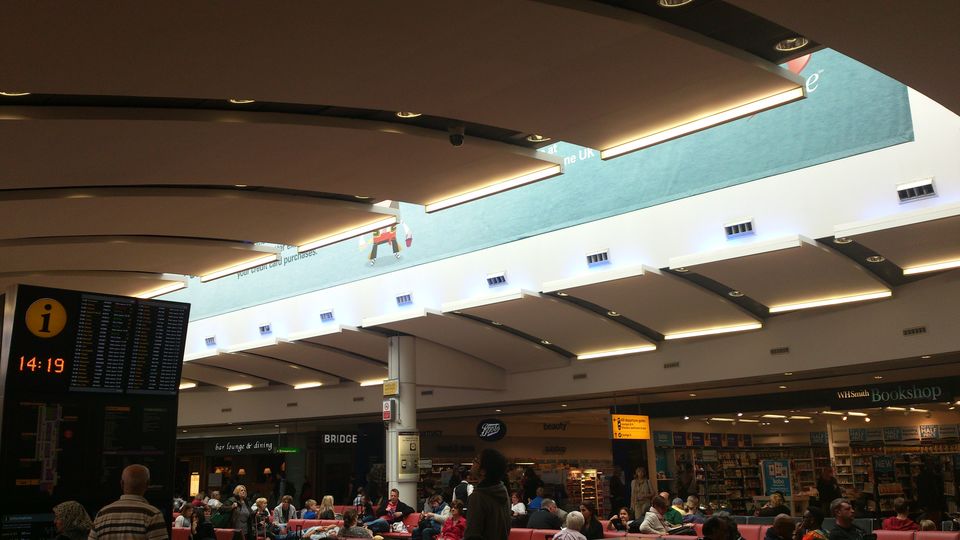 When we landed in New York City, she was working a shift at the hospital. This was when we got our first taste of American life. I mean, we literally got a taste of it. She had left the apartment keys at the front desk for us and had made biryani, which she informed were in frozen packets in the freezer. By the time we took our showers, had the oven-hot lunch and gawked at the view from the balcony of her 30th floor apartment, she was home. We caught up for a few hours and soon enough started dozing off due to jet-lag.

Foggy View from my Aunt's Apartment on the 30th FLoor 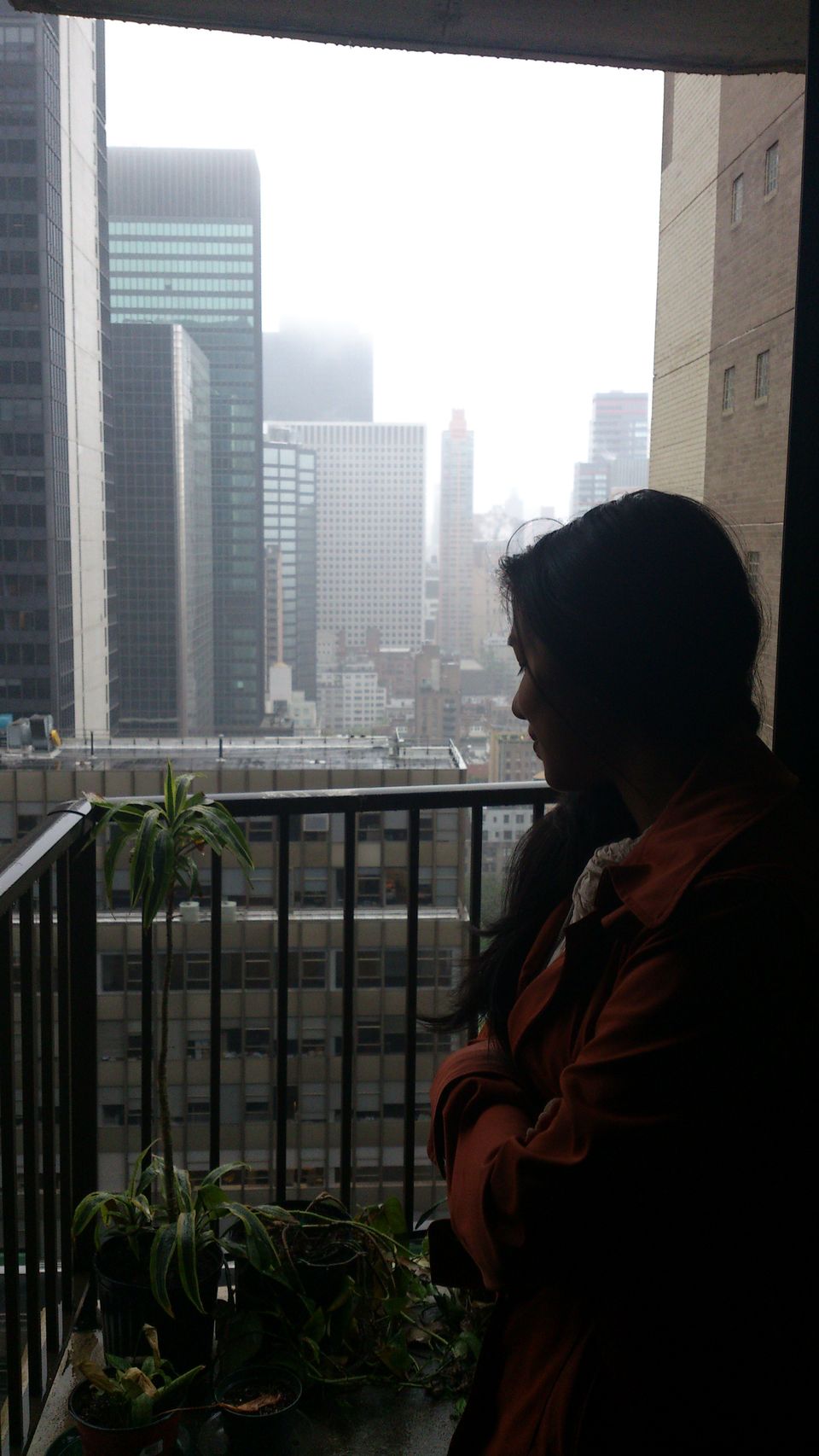 For the next few days, it was time to explore the city. Now, like most New Yorkers, my aunt my a walker. We took this lightly when she first told us but soon found out that our notions about walking were way off until then. We casually strolled down to 5th Avenue and ended up walking for almost twenty blocks. 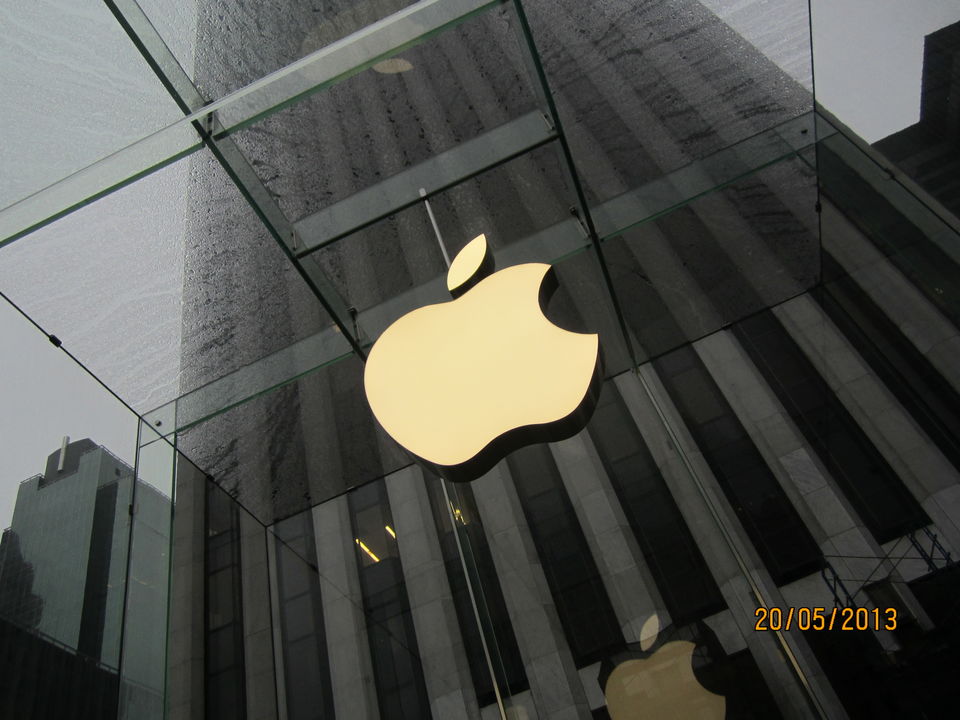 The days we weren’t walking on the sidewalk, we were walking indoors. One such day was when we visited The Metropolitan Museum of Art. It had some of the most exquisite exhibits I had ever seen. Until then, I didn’t know how much effort went into creating the aesthetic sets around the art (watching Ross’s job on Friends didn’t count). 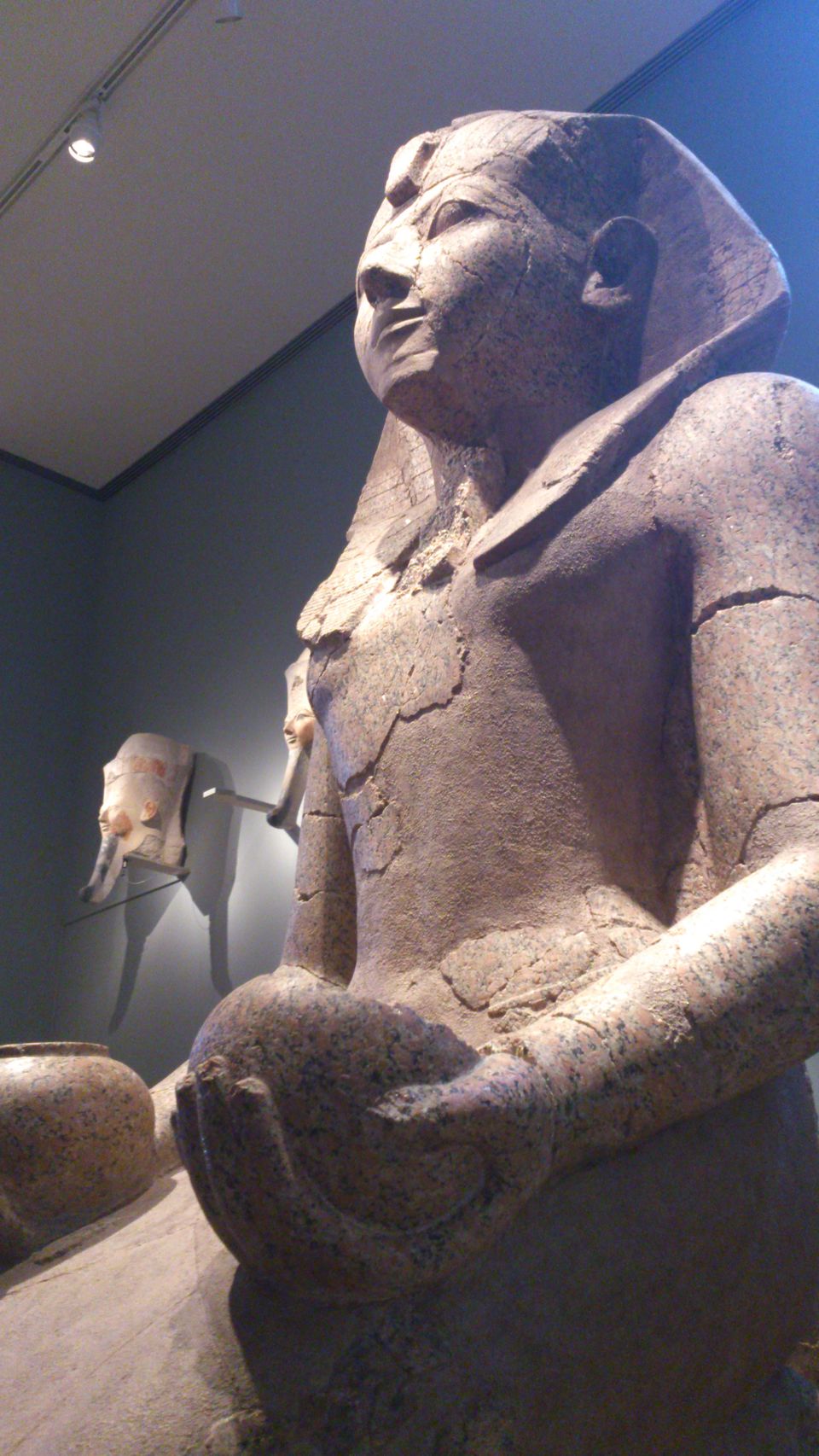 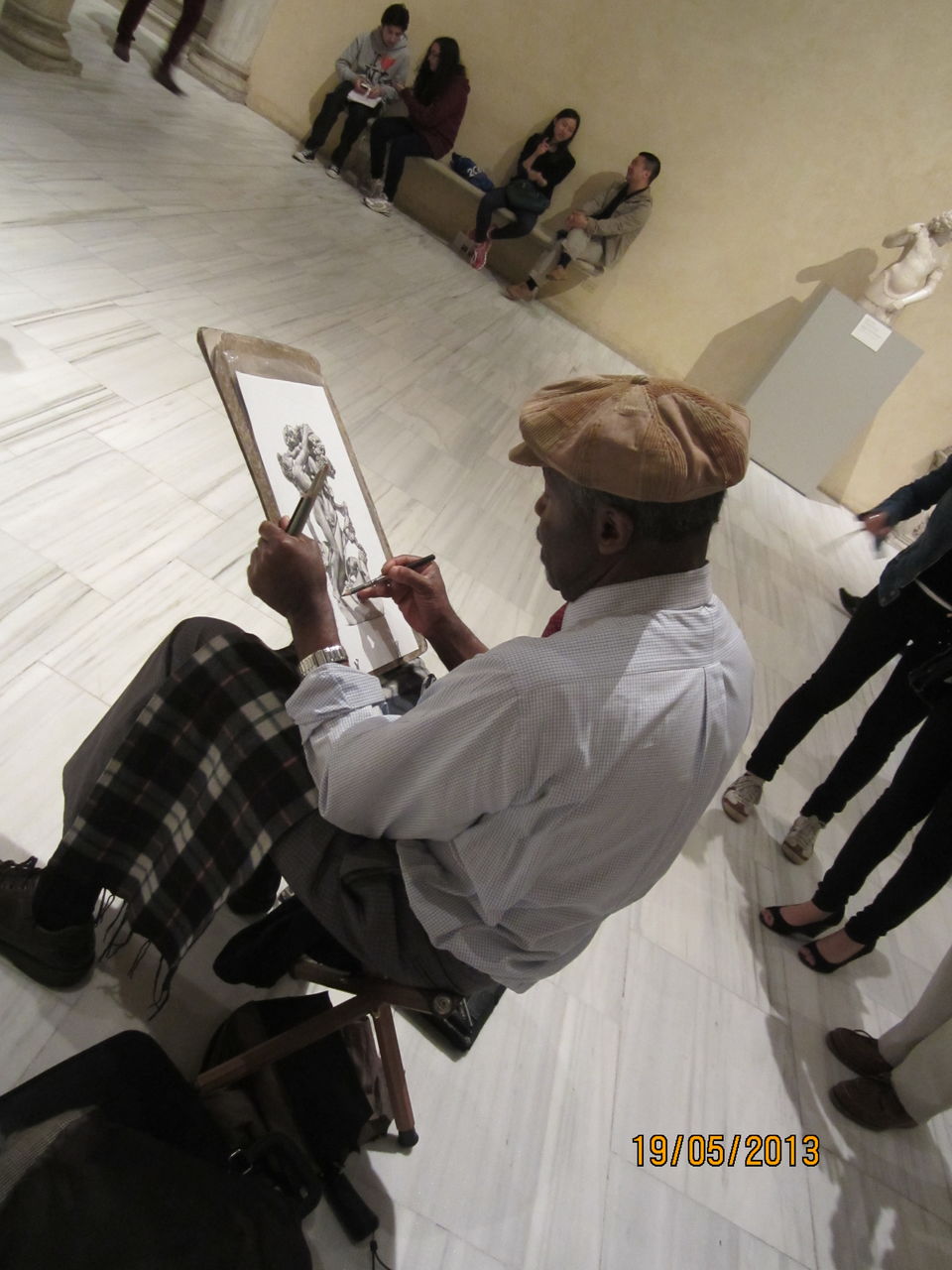 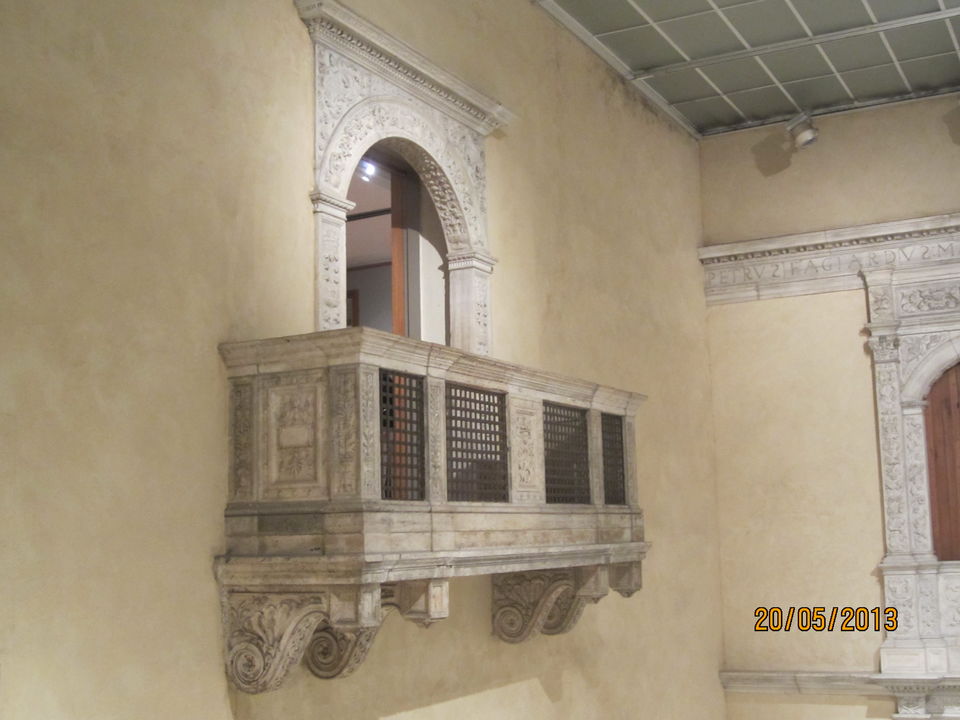 Tip: A lot of the key tourist spots in New York City have pretty expensive tickets, especially if you're traveling from India. A handy provision is the City Pass. It is available in multiple cities in the US and helps you visit all the top locations at a fairly reduced cost. 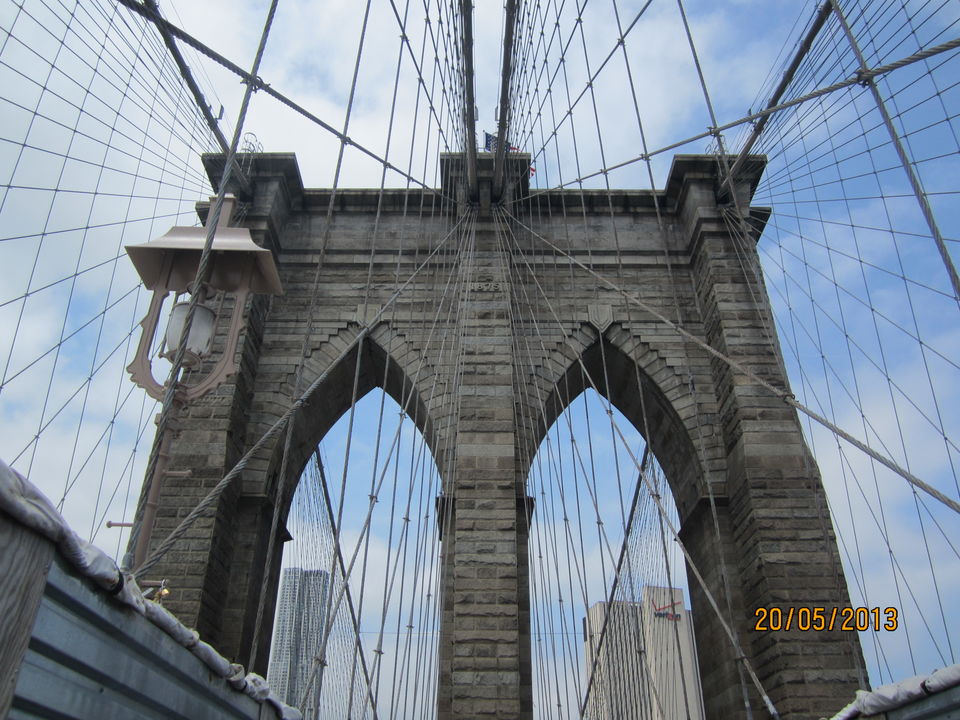 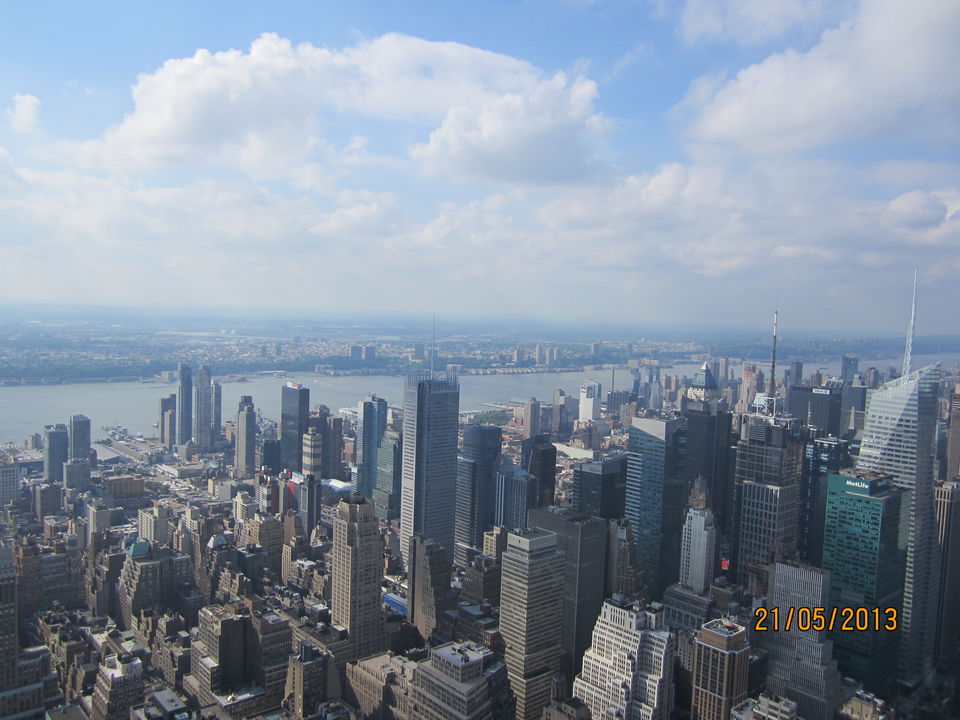 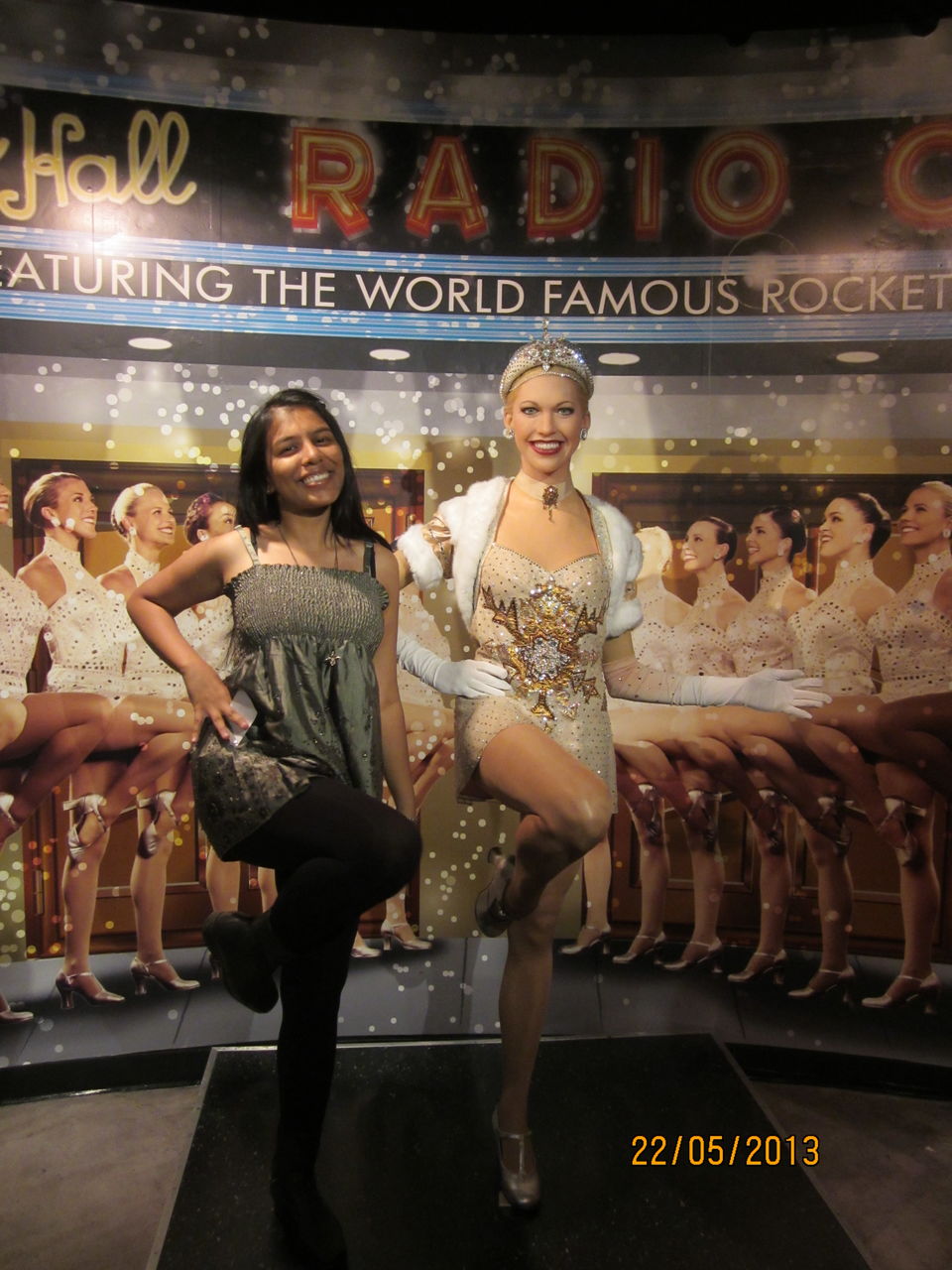 Shadows and Silhouttes are Central Park 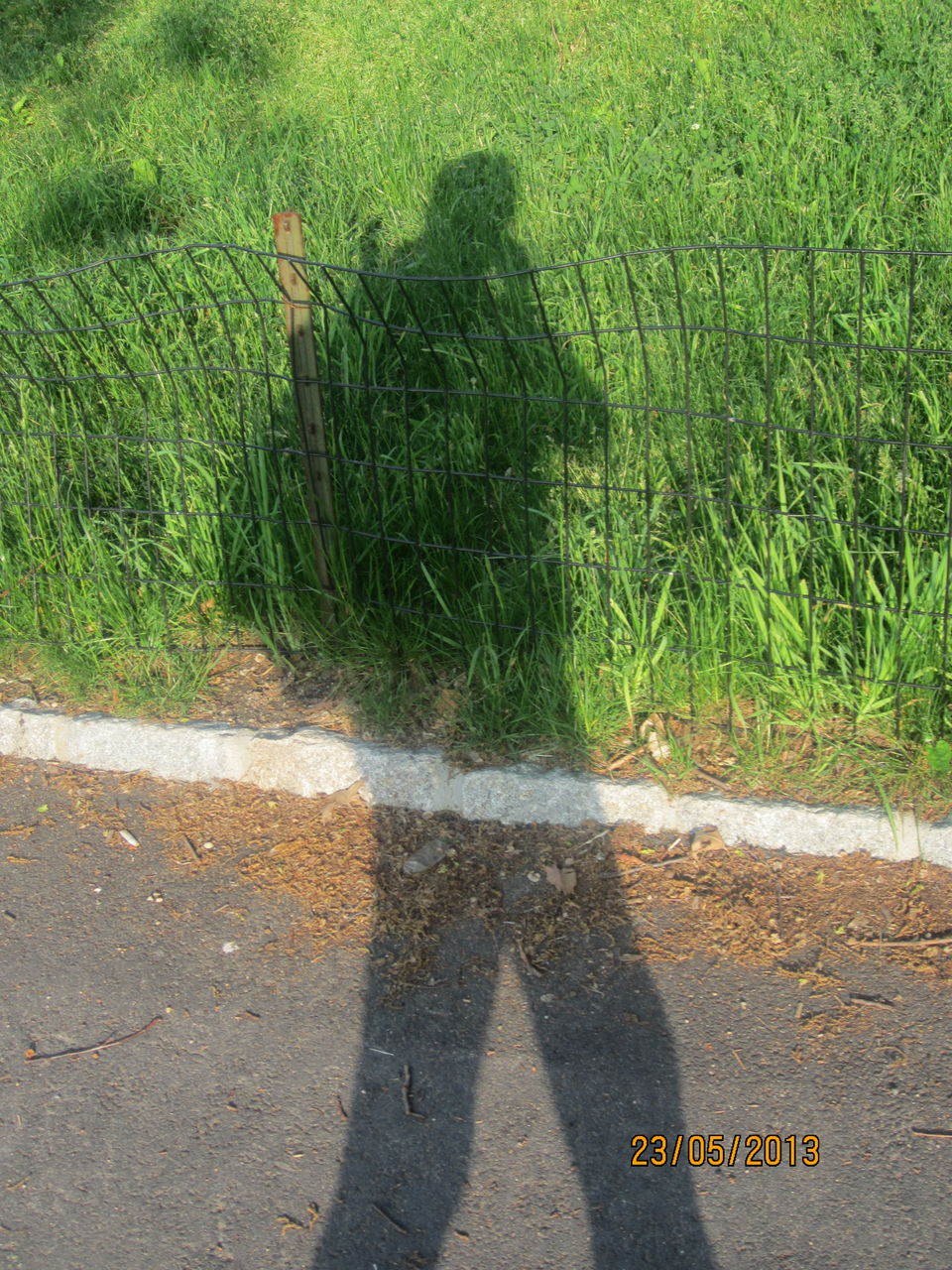 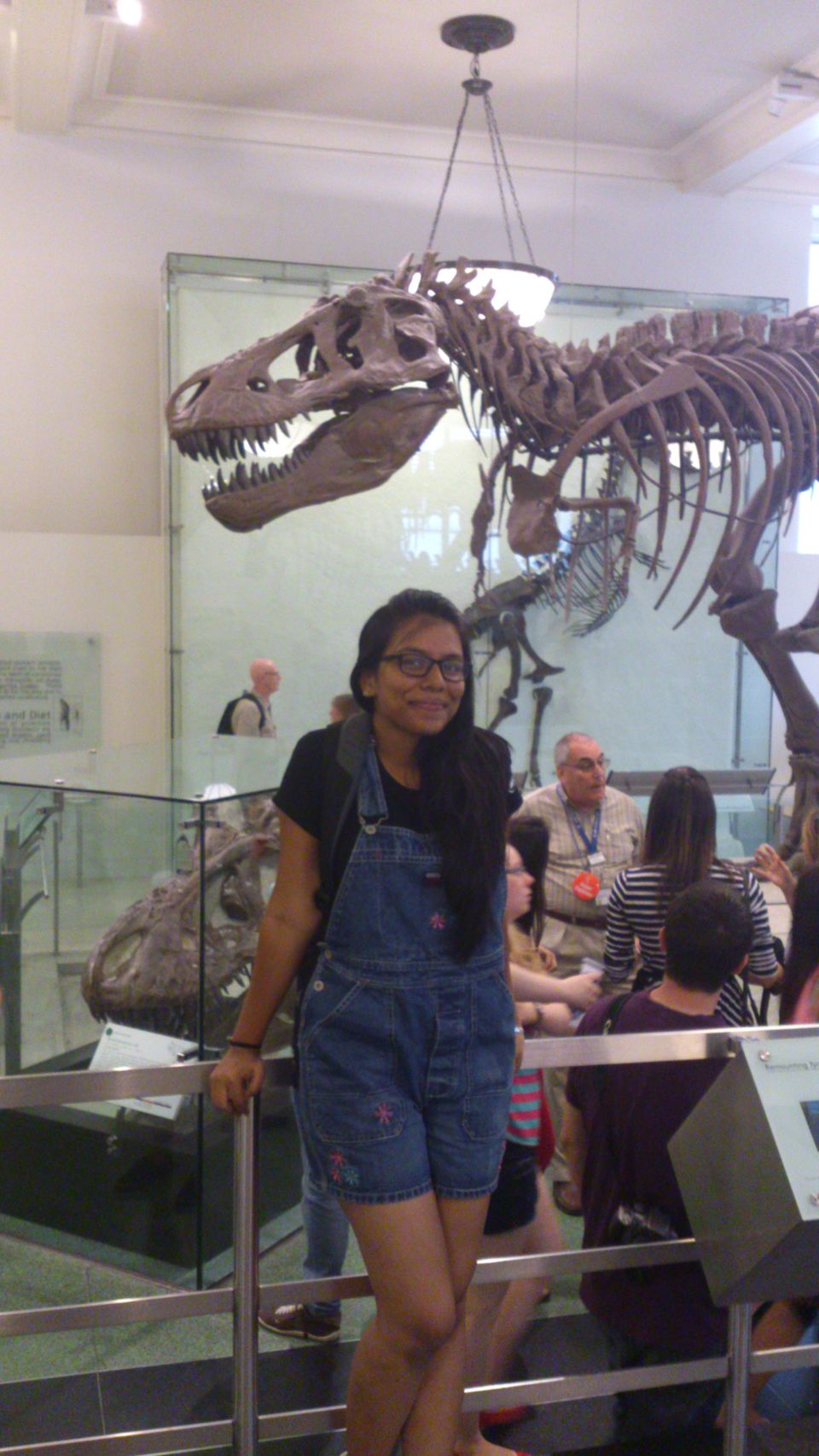 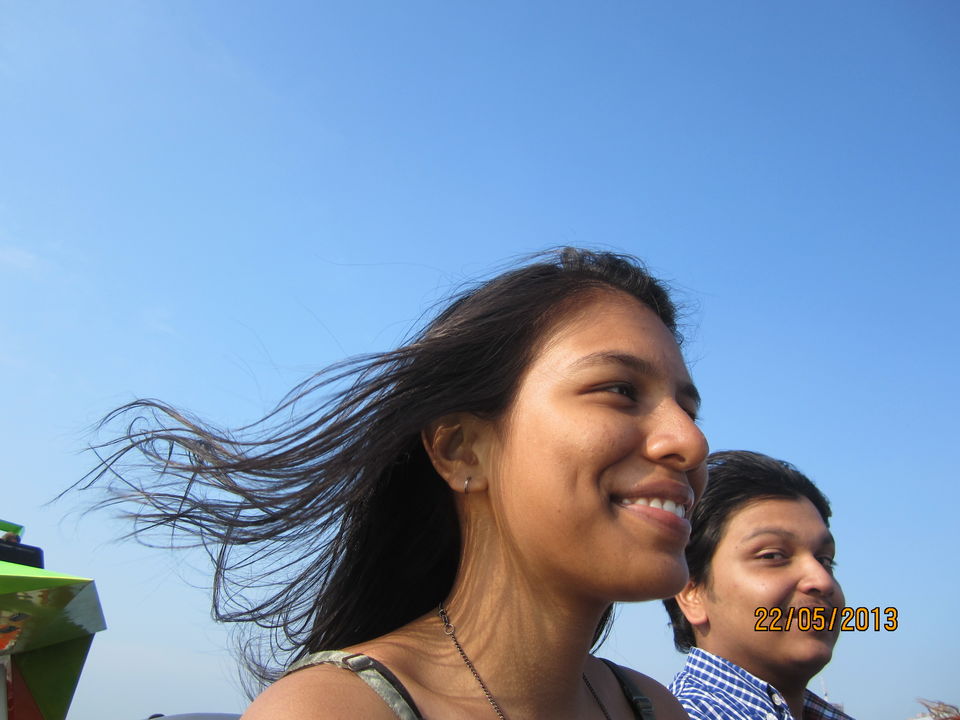 While most of our picks were touristy, there was one which was relatively unknown and truly fascinating. When people usually visit the financial district, they click pictures with the bull. We instead, chose to take the Museum & Gold Vault Tour at the Federal Reserve Bank of New York. Yes! It was as thrilling as it sounds (in a nerdy kinda way). We got to learn the functioning of the Federal Reserve, had an opportunity to see the block used to mint currency and got the glimpse of the gold biscuits in the vault through a tiny glass window in the wall. I don't have any pictures for you because photography isn't permitted on the tour. The jump-up-and-down highlight is that the tour is free. The only catch is that there are limited spots and tickets need to be procured by booking online well ahead of time. 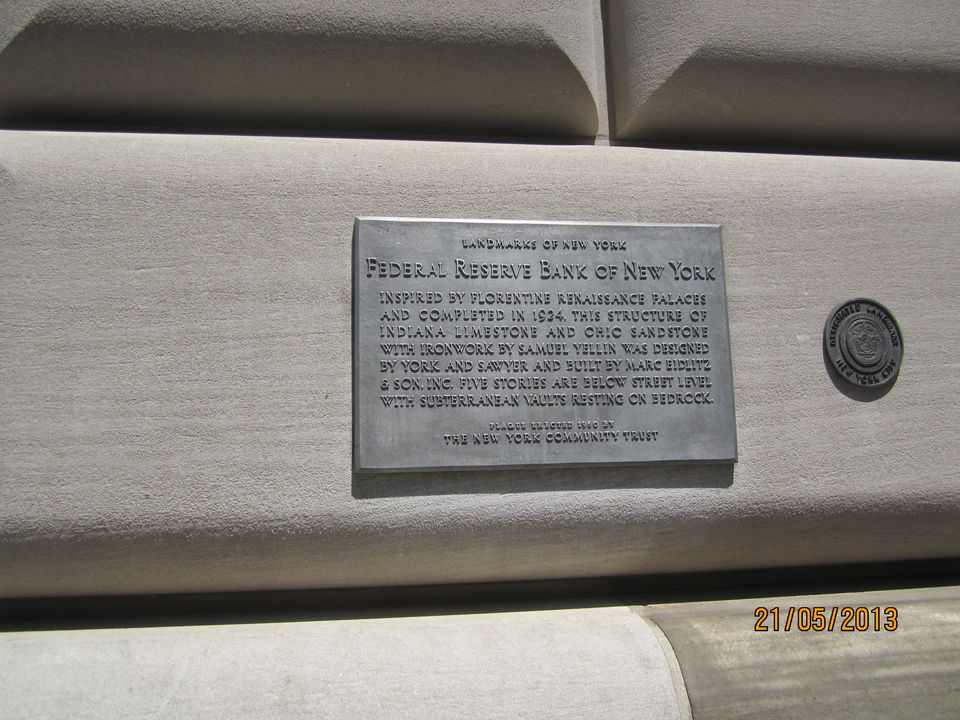 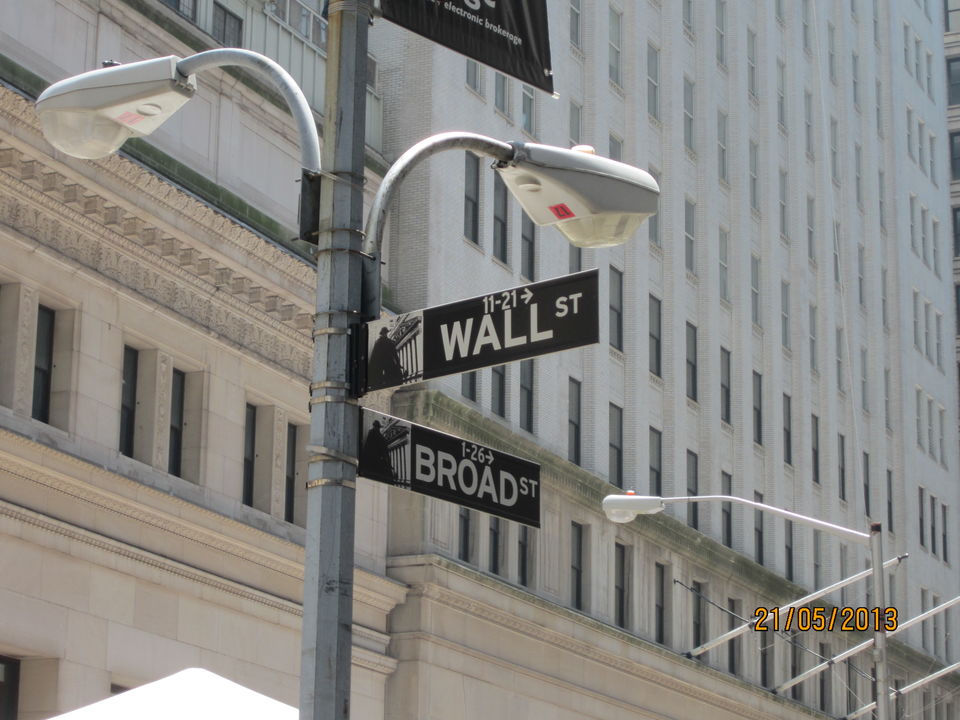 This brought us to the end of our first leg of the NYC tour. New York City has an endless array of offerings which shall come up time and again during my series of blog posts covering the two-month vacation.

Next up: Philadelphia and Washington DC