There Is A French Island In The Indian Ocean (And You Haven'T Heard Of It!)

There is a French Island in the Indian Ocean (and you haven't heard of it!) 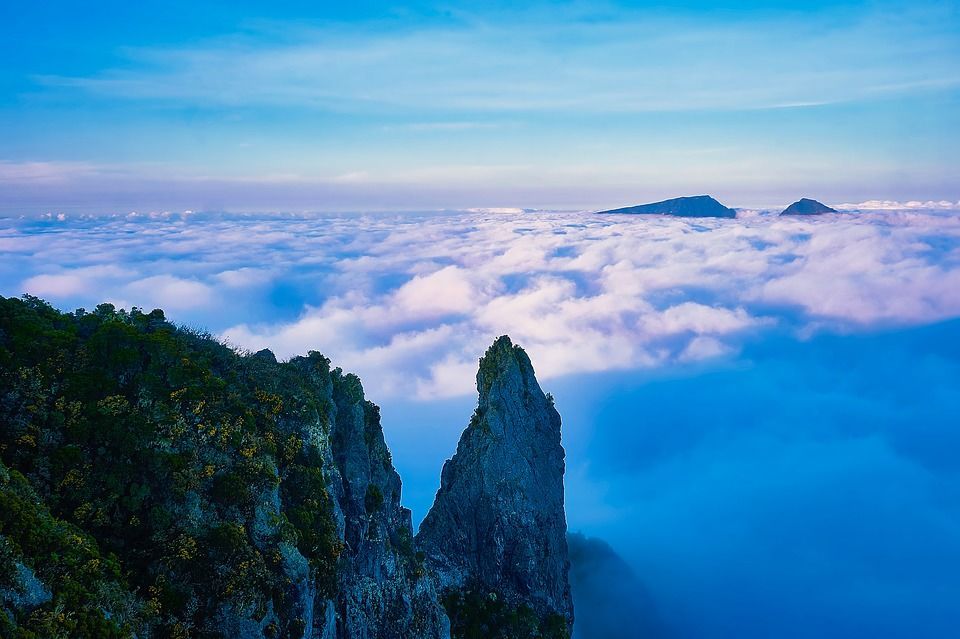 A part of France lies in the Indian Ocean. Around 805 kilometres east of Madagascar, Reunion Island or La Réunion, rests serenely over an active volcano. Dwarfed by the nearby popular islands of Mauritius and Seychelles, Reunion offers the exoticism that travellers seek from their destinations. Since 1642, when the French officially claimed the island, only a speck of our nomadic tribe has set foot here. One really has to see it to believe it.

A cirque is an amphitheater-like valley, or literally, a volcano that collapsed upon itself. Reunion's three cirques dominate the interior topography, making the volcanic island's terrain one of a kind.

Located about 45 kilometres from Reunion's capital St. Denis, Cirque de Salazie is the largest and greenest of the island's three eco-amphitheaters. A long, deep canyon, Salazie is home to more than a hundred waterfalls along with hills and valleys that tourists love to explore. One shouldn't miss the towering waterfall known as Le Voile de la Mariee. After hours of hiking, tourists usually stop at Hell-Bourg, a recipient of France's 'most beautiful villages' award.

Completely surrounded by mountains, Cirque de Mafate is accessible either through hiking or by helicopter rides. Needless to say, it is a haven for adventure-seekers who can stay overnight at numerous small cabins along the trail. At 2200 metres, Maido Peak offers a bird's-eye view of this cirque. The flat-lands house a village - La Nouvelle, along with a few hamlets.

Cirque de Cilaos is said to get its name from the Malagasy word Tsilaosa, which means 'the place one never leaves.' The region offers canyoning, rock-climbing and hiking as means of traversing this rugged landscape. A walk up to La Roche Marveilleuse offers a view of the village and forests below. Cilaos is famous for its local vineyards.

Reunion is a volcanic island, and it has two volcanoes.

At 3070 metres, Piton de Neiges is the highest point on the island. Located in the northwestern part of the island, Piton de Neiges or 'Snow Peak', has been inactive for approximately 20,000 years now. There isn't any scope for skiing here but a walk-up to the summit is easy enough for healthy individuals. A biological reserve on the lower slopes of the Snow Peak was set up to preserve the unique biome of this region.

Piton de la Fournaise or 'Peak of the Furnace' is situated in the southeast corner of Reunion. One of the most active volcanoes of the world, it stretches to a height of 2,631 metres and has had more than 150 recorded eruptions since the 17th century. Known locally as le Volcan (The Volcano), it is more than 5,30,000 years old and now breathes within Reunion National Park, a World Heritage site. Few tourists leave the island without a closer look at le Volcan.

On Reunion Island, there is a beach for every mood. Hermitage Beach is the most extensive and best preserved lagoon and a popular snorkelling destination. Beaches at Boucan Canot have sea-facing restaurants that cater to tourists. One of the more popular destinations is St Leu. There is no use going to St Leu without your surfboard; it is the island's premium surfing location, famous for its 'left-hand' waves. L'etang Sale is located on the west coast, unique for its black sand, while Grand Anse lying in the south, has white sand. Sunbathing is available on every beach.

Reunion Island can be called a good surprise. Ethnically, it has been housing European, African and Asian traditions for years now. People speak French here. In the evenings, one can listen to prayers emanating simultaneously from churches and mosques of the same streets. The cuisine is as stimulating as the tropical sunsets. It melts the French, African, Chinese and Indian flavours in a single pot, with seafood, fruits and spices found only on this uncommon retreat. ⁯

Indian tourists are exempted from obtaining a Visa to travel to Reunion Island for stays up to 14 days. They will be provided a free Visa on Arrival (VoA) at the airport.

*Reunion Island should be visited from May to November when the weather is cool and dry.

Have you been to Reunion Island? Write your own insider's guide to help travellers on Tripoto's community have a better time in La Réunion.