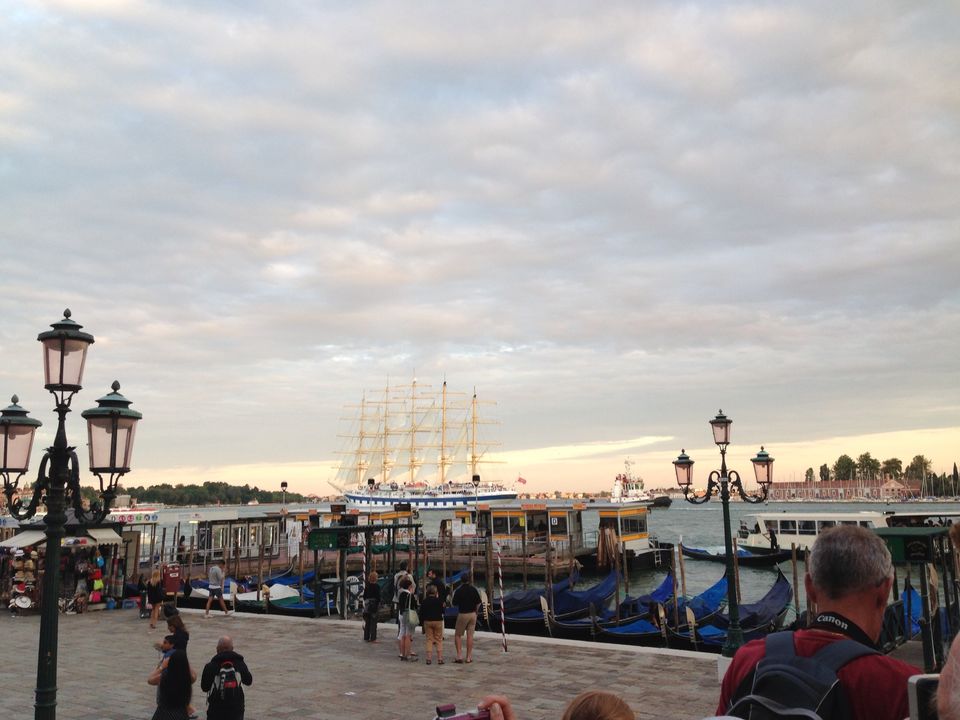 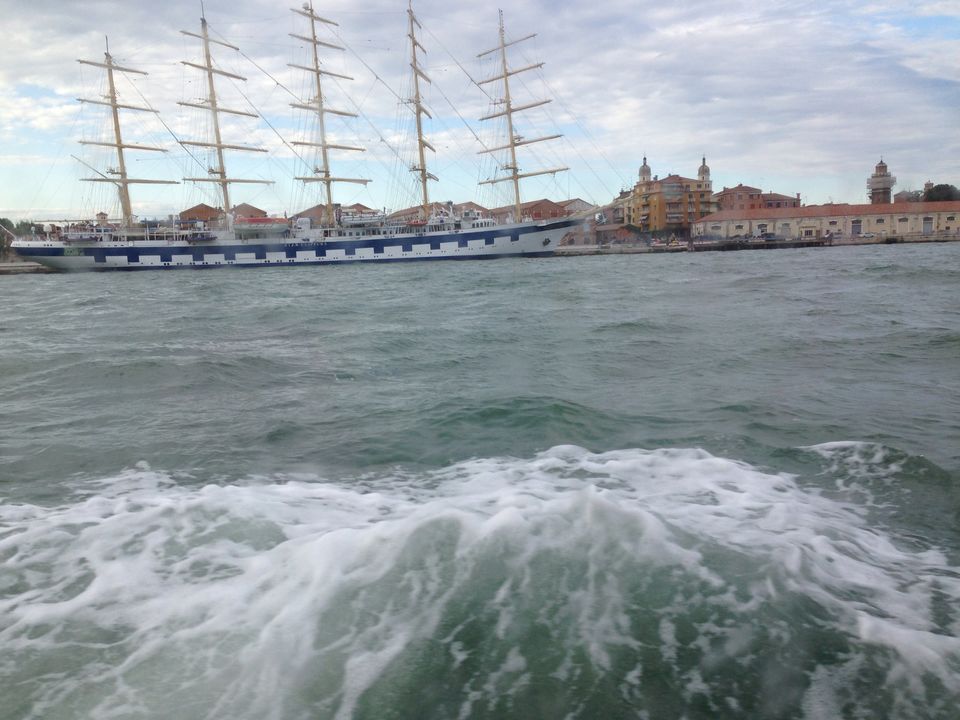 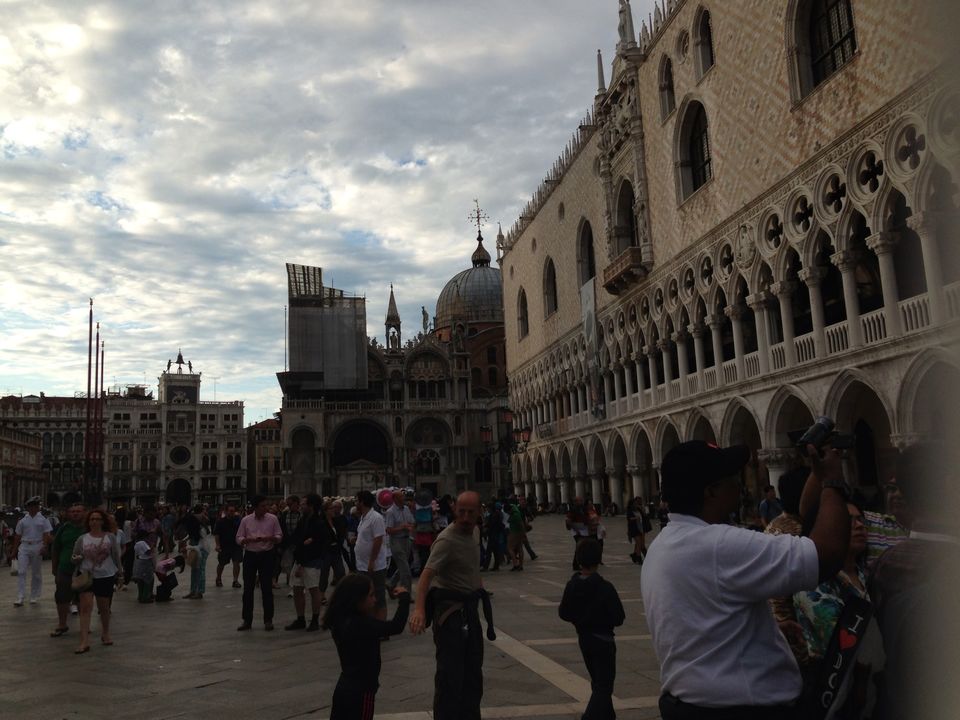 I had to skip school to make the trip but I was glad I did. They say, you don't know what you've got until its gone for good and I now realise that I was fortunate enough to make the journey to Venice. I got to skip college as an added bonus.

So, Venice, the birthplace of Marco Polo. The least I can say is that it is one of the most beautiful places on planet Earth.  My parents and my brother and I were in Europe touring the culturally colourful continent when from nowhere, the idea to visit Vence came up. I was skeptical about the fantasy and the possibility of paying for the trip but we pulled through anyway. We were travelling in a group and after a 'democratic consensus', Venice was the next destination. We left from Switzerland by bus and travelled all the way to Italy. It was an eight hour long journey and I don't know how but time just flowed swiftly.

The fields of Sunflowers were in a way responsible, I'm sure and the group made it possible to keep the sitting position tolerable. The jokes cracked and the experiences shared kept everyone busy.
There was one friend of my father's that gave us good company. He was the eccentric kind from a superficial point of view but that was ignored soon. He'd walk up to the seat next to the driver's seat and pick up the mike that was actually provided for the tour guide. My brother and I were the only 'kids' in the group and we were transfixed by the man's narratives and yarns. On the way, we saw river Po, the longest river in Italy. It was sometime in the evening when the bus reached Venice. It wasn't actually Venice, it was a small town from where we had to go to Venice.
After checking into a hotel and helping ourselves to some refreshments, for Venice we started.

We went by bus to a port just outside town and that was when we caught our first glimpse of the water. Everyone was curious about the absence of water from when we entered the town and they were delighted to see it now. After debating about the costs and the division of payment, we hired a boat to take us to Venice.  The boat had two compartments for seating along both ends and they were under the deck. For safety reasons, none of us were allowed to stand next to the railing or on the deck with the captain of the boat. Everyone was seated comfortably and the boat set sail ( it was a motor boat). It wasn't the first time I was on a boat but the experience was still fresh and new. Through windows accompanying the seating compartments, we watched as the city of Venice approached. This was my first visit to Venice and it was...Magnificent. The water spray from under the boat soon came to a halt and we reached port. One by one, we got off and as usual, we decided a spot and time to meet and split up.

My family and I went in one direction and the rest of the members sped in the opposite direction. We learned from a local tour guide that the woods were the supporting structure of Venice. The woods were petrified over a period of time and thus contributed to the strengthening of the city's foundation. So, Venice. It was out of spontaneity I nick named the place- City Of Dreams. Everything looked magical. The renaissance architecture and the market areas and bridges connecting small islands and the water. The streams of blue water running in between buildings and around them was what did most of the magic.

The market area was a line of shops, mostly single roomed under bigger structures that pre-dated them. There were shops selling Venitian coins, feather quills and journal diaries. The quills were priced from eighteen to thirty two euros and the leather bound journals started from around forty euros.I myself purchased a red feathered quill, after arduously justifying it to my parents.The fountain pens there were top class too and expensive. Other stores sold masks, souvenirs, purses and other clothing related materials. The restaurants were almost on every street, displaying on a board their menu and offers for the day.There were restaurants that sold exquisite sea food and ones that served authentic Italian pizza with a glass of red wine. The pizza was good, it was Italian but the market area was the highlight of the trip. We kept wandering from place to place, crossing bridges and wandering into alleys. It was then when I remembered one of my friends saying crossing bridges from island to island without keeping track can get you lost. I wasn't and I didn't know if my father was. As a result, we did get somewhat lost but in the process got a lot of cool pictures, merchandise and had a great time. The Florence square we saw only when we found our way back to the port.There was a small cafe service near the markets and violinists were playing into the night. The place was huge. Hundreds of people were walking, taking photos. Dogs were running after pigeons and compelling them into flight. The air was fresh with the smell of sea and so much history. When time ran out, we rendezvoused at the spot and waited for the boat. It was night by now and the whole city was lit up. The reflections from the water were something to watch. I started taking photos of the reflections instead of the real buildings and was frowned upon by my parents and brother for the same.

The rest of the group reached gradually and recounted their experiences of exploration and discovery of the city. As we waited there for the boat, we exchanged tales of our purchase and thrills. And I don't know why, but it was only when I seated myself in the boat, I remembered the Gondola. I smiled as the boat's engine came to life and steered us away from the port. It was a boat I missed but I did not miss Venice. I photographed everything and noted every detail my memory could not harbour in my travel note. They say a first time experience comes only once and I knew in my heart I absorbed it.