VARANASI- The city of ghats 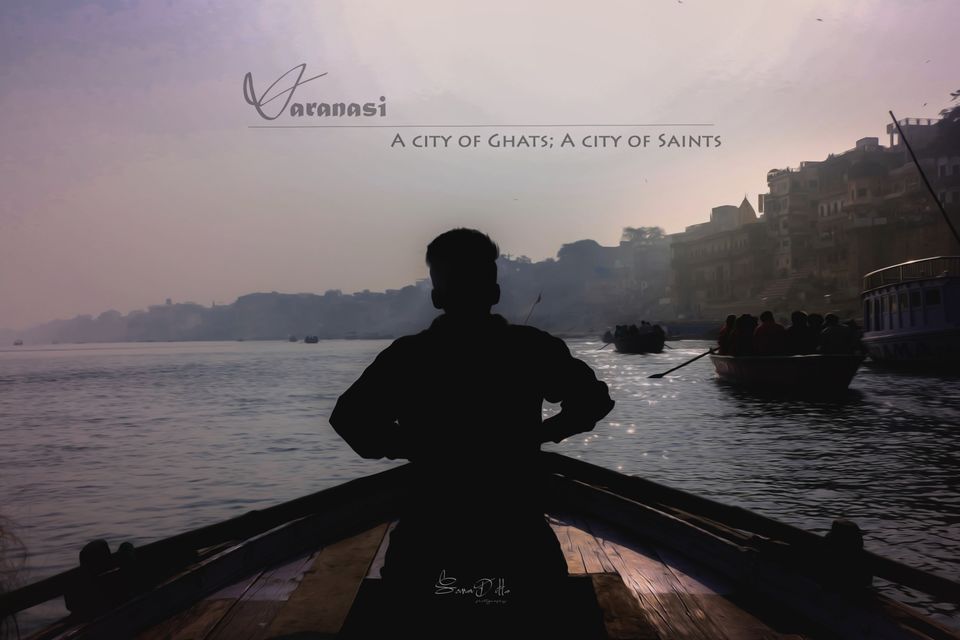 Varanasi, a magnificent city lies on the banks of river Ganga in Uttar Pradesh. Among the seven holy cities i.e. Sapta puri (Varanasi, Haridwar, Mathura, Ayodhya, Kanchipuram, Ujjain and Dwarka) Varanasi is the holiest one. I will not go into its history and geography as google is there for it.
Let me twitch into the story. When I was young, I watched "Joy Baba Felunath" directed by the famous director Satyajit Ray. But that time I was too young to grasp the concept of the movie. Last winter, during the vacation, I watched  the movie again. There is no doubt that the movie is an incredible piece of the 70's. The beauty of the city portrayed so nicely by the director left me mesmerized. At that moment I decided to visit the place and make an archive. And I did so.
On 26th December I woke up with the first ray of the sun and stepped out with my backpack and camera. The destination was 'Varanasi' - the city of Ghats. On my way I googled the places to visit and read about the city just to get a brief knowledge. The next day as soon as I reached my exploration began and my first destination was 'Dashashwamedh Ghat'. I managed to find a room near Viswanathan temple, and I spent most of my time exploring the ghats and capturing them in my camera. I was mesmerized. It seemed to be the place from where I can collect innumerable snaps. I started with a sleeping saint. He had ashes on his faces and had matted hair, just like Lord Shiva. 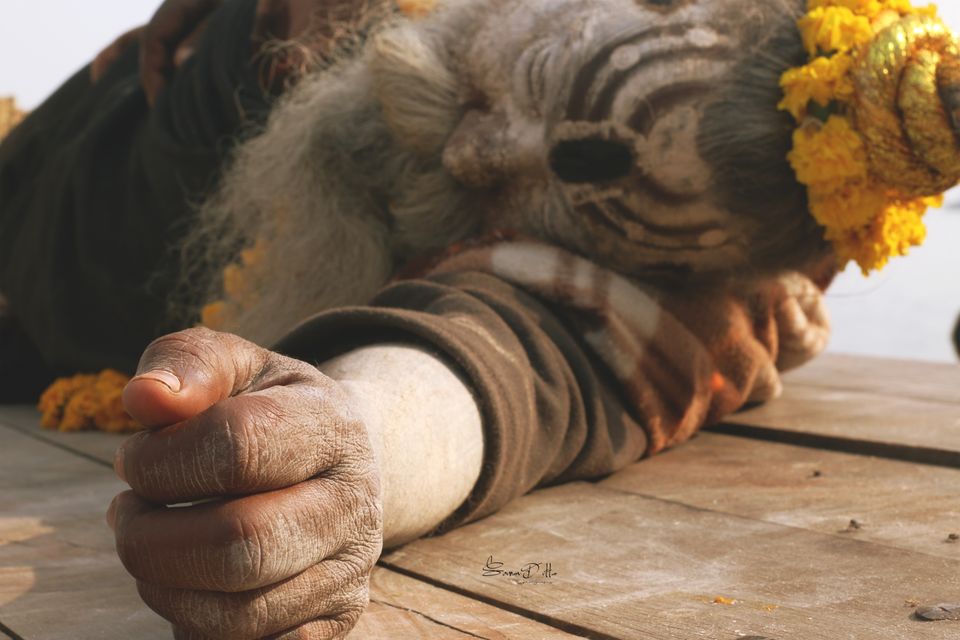 I started roaming around here and there collecting pictures of the saints and the ghats as well. Suddenly a thought came to mind, to take some snaps from the boat. And here are some of them. 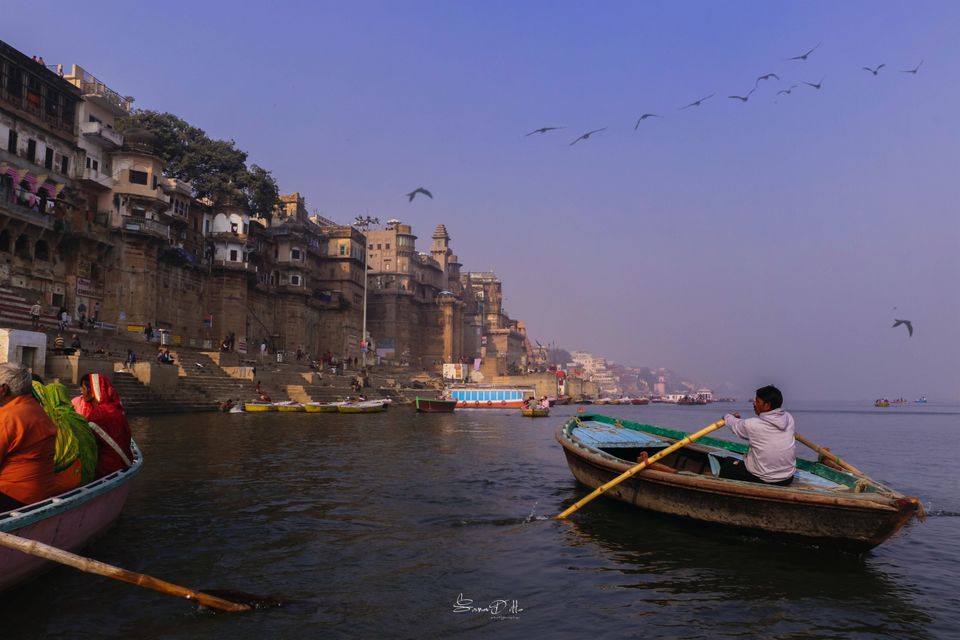 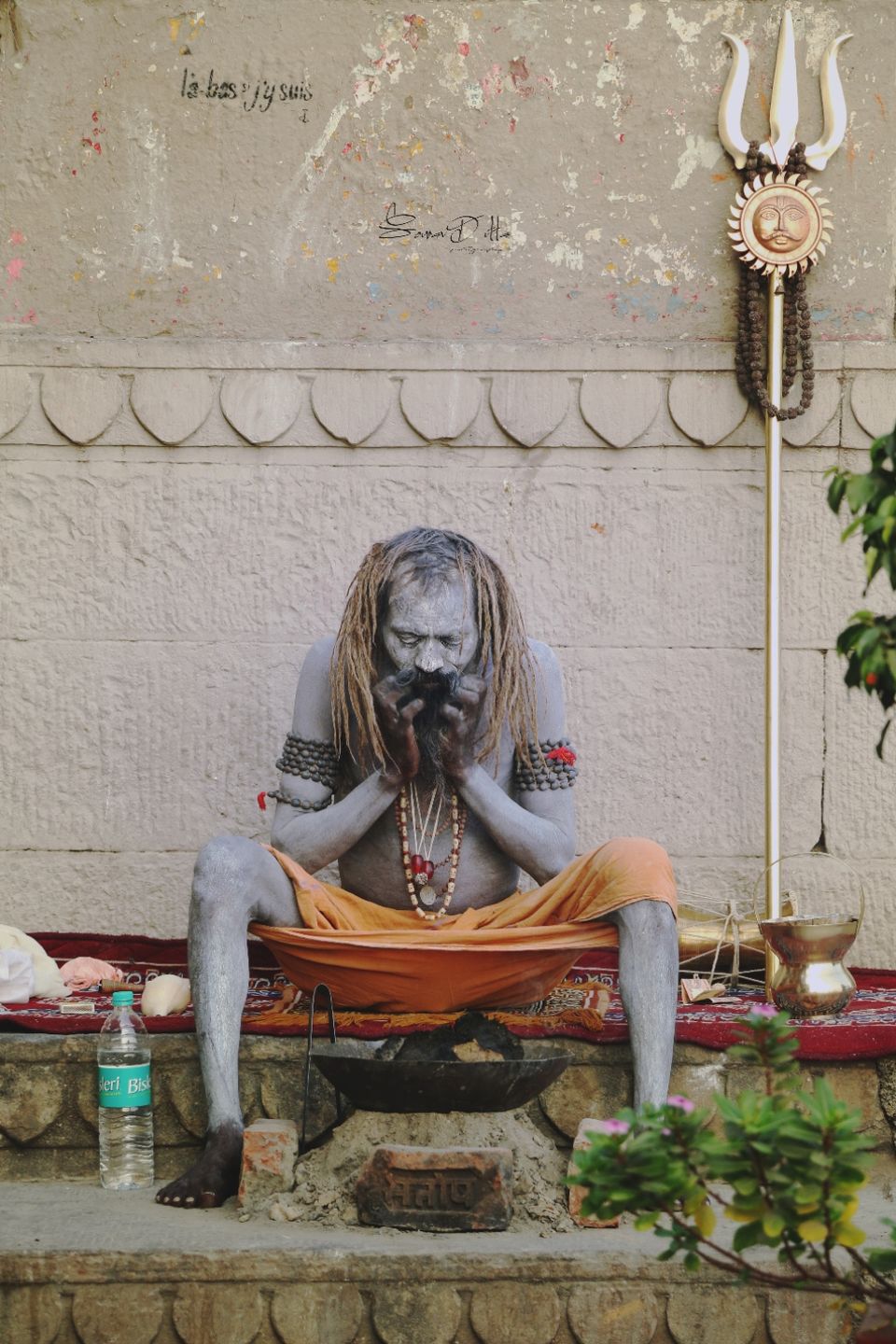 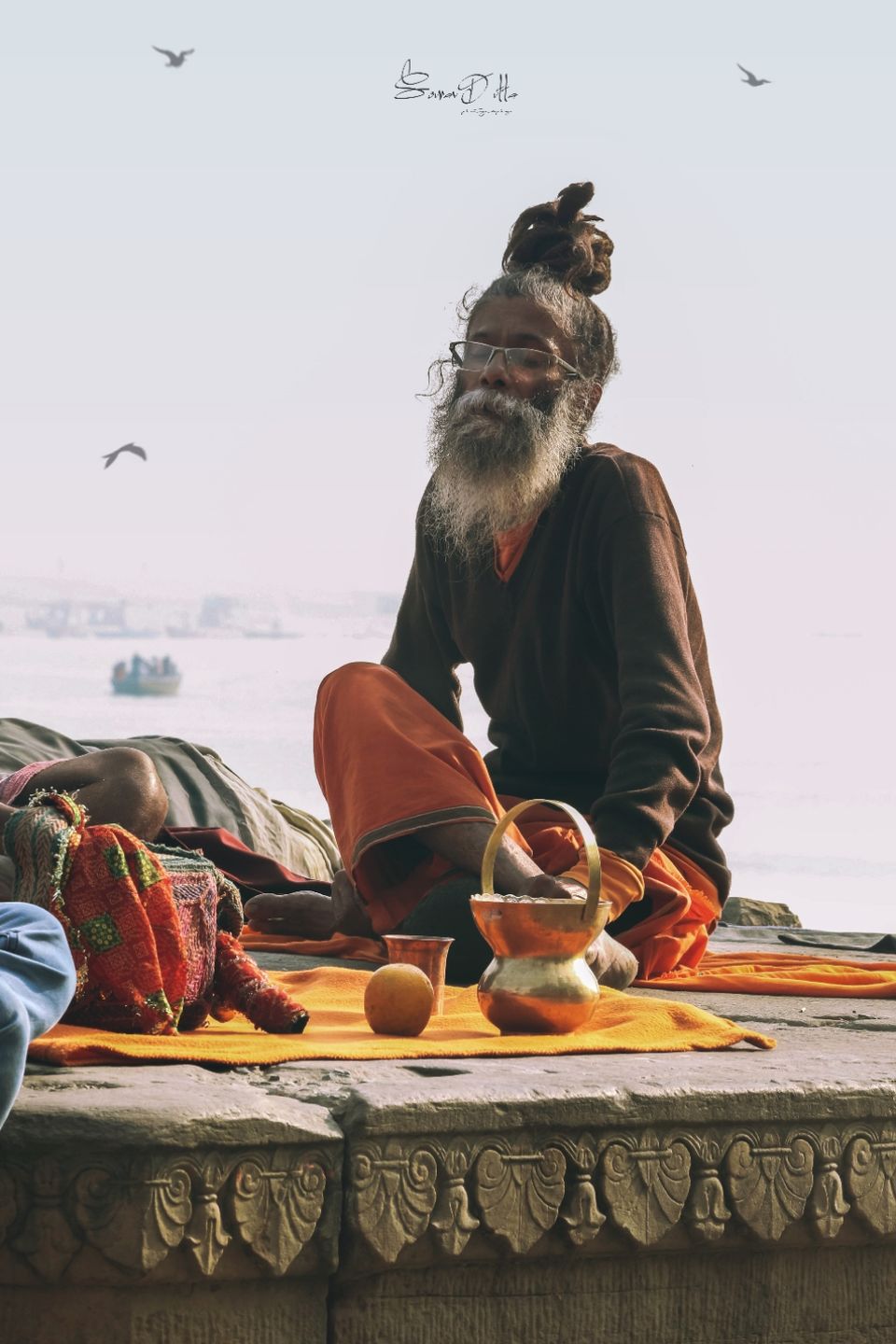 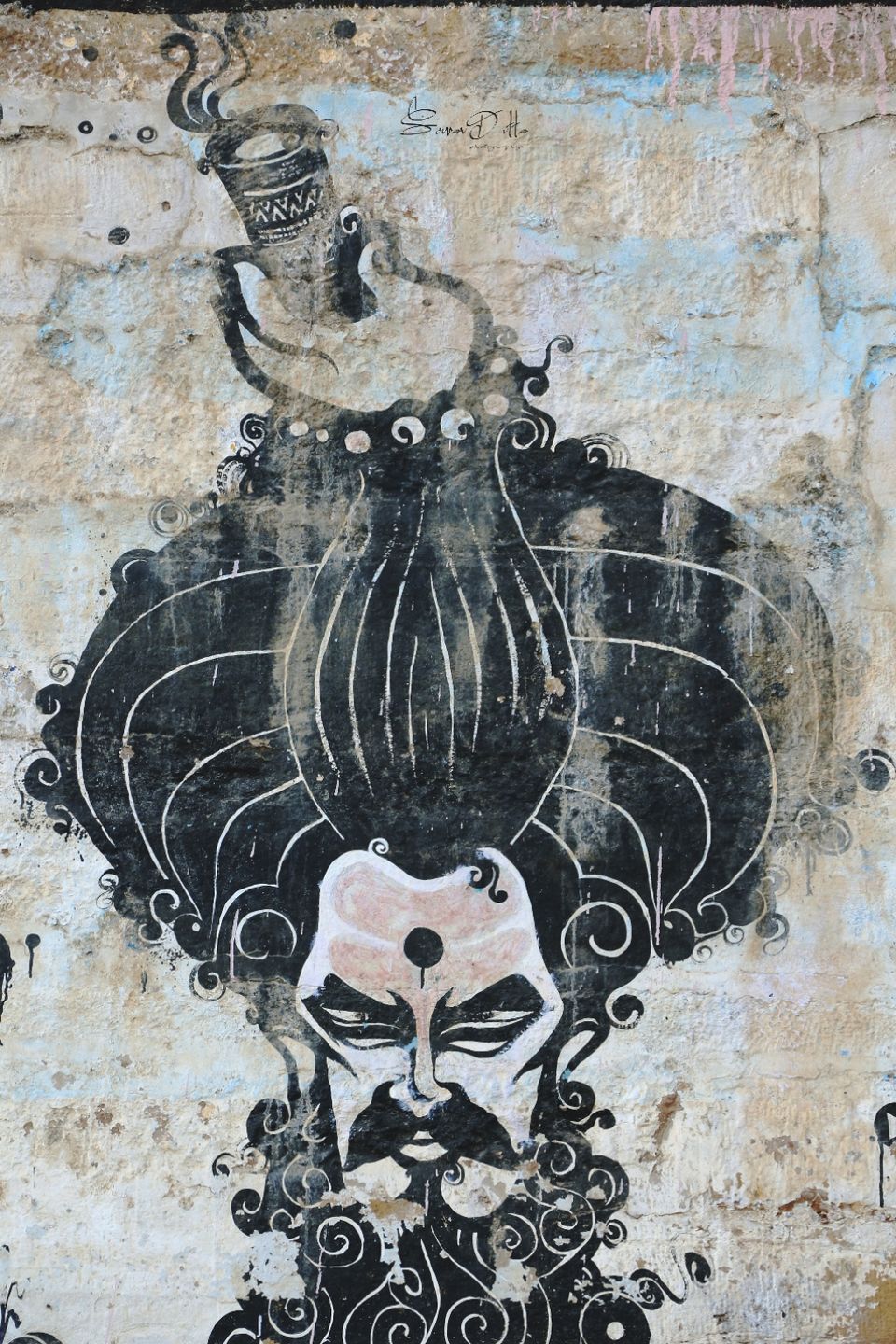 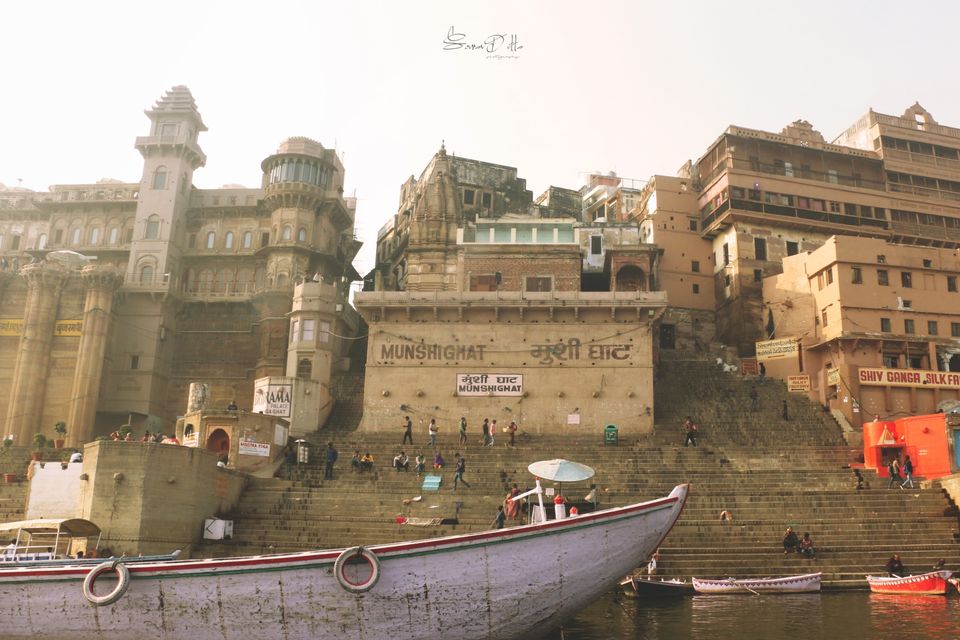 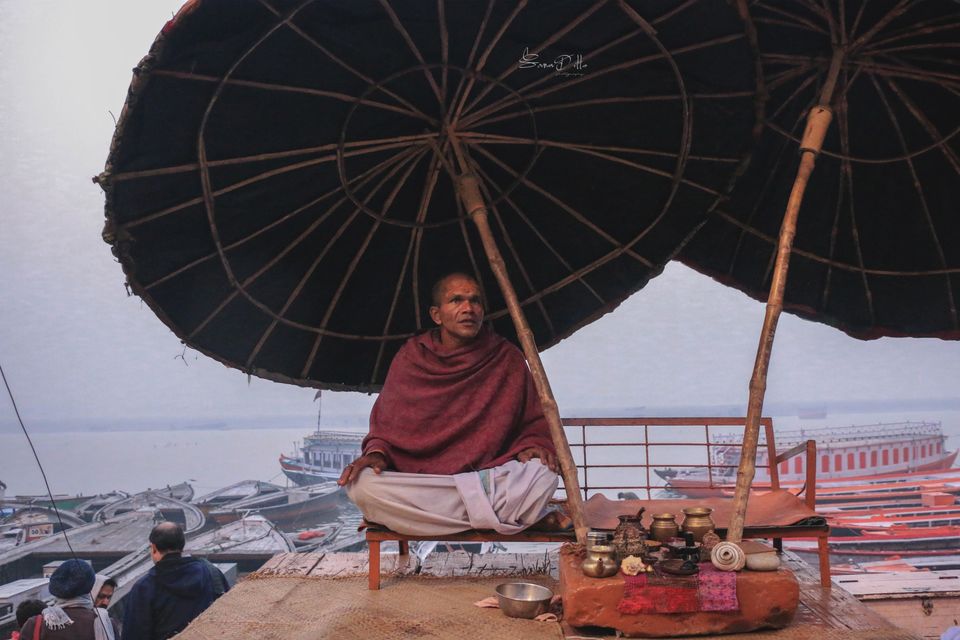 That day was over. Some one had said evenings are even more enchanting, magical. It was exactly so. I was eagerly waiting for the Ganga arati which is the mind captivating moment. Thousands of people were waiting for the arati. Some were there in the ghats. Some of them took their seat on a boat in the mid river. And I was in search of a suitable place to make my camera stable. Though it was a tough job to find an inch of place, but I managed somehow to place my camera. And here are some snaps. 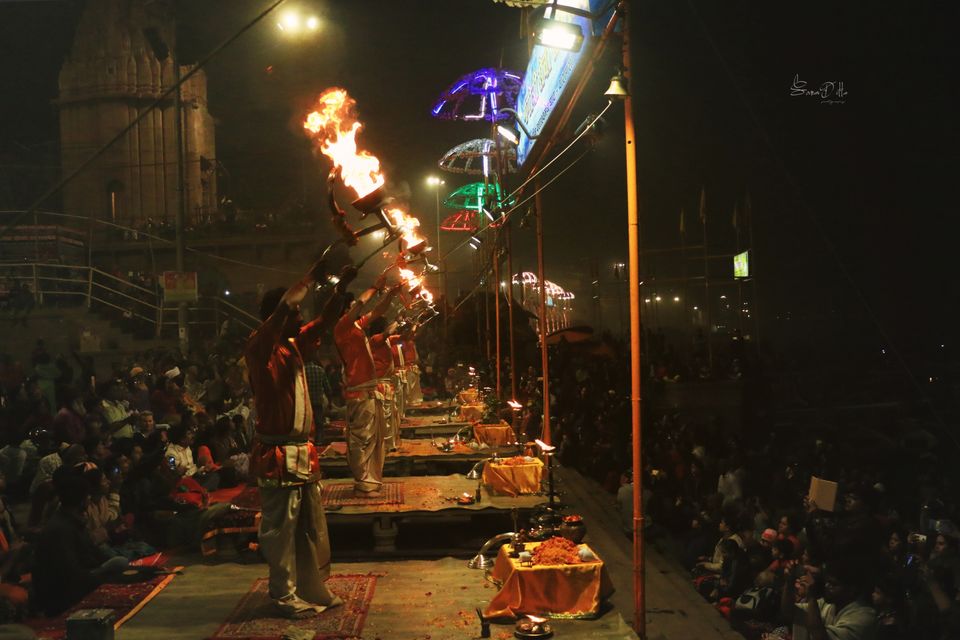 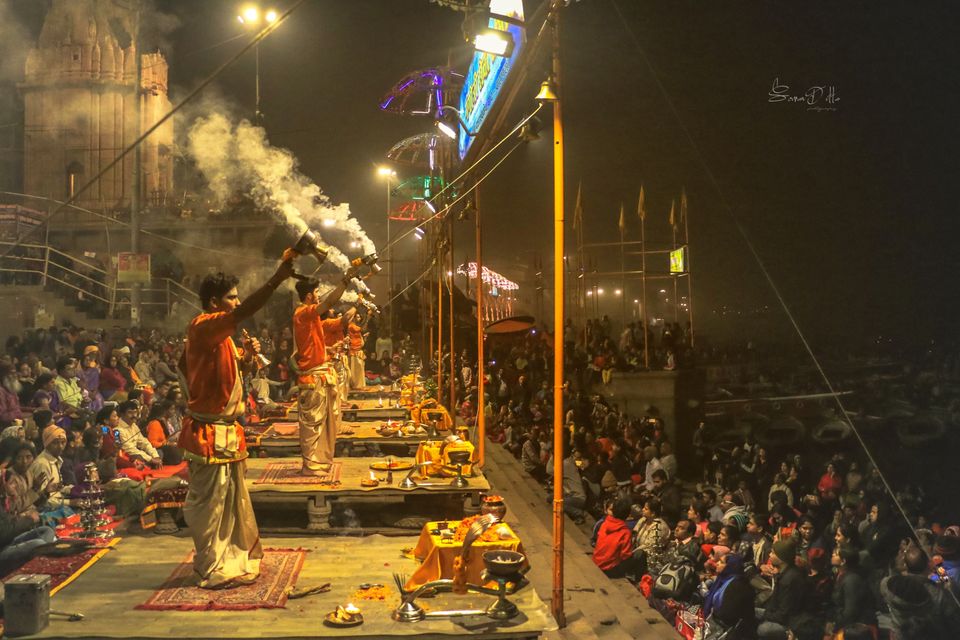 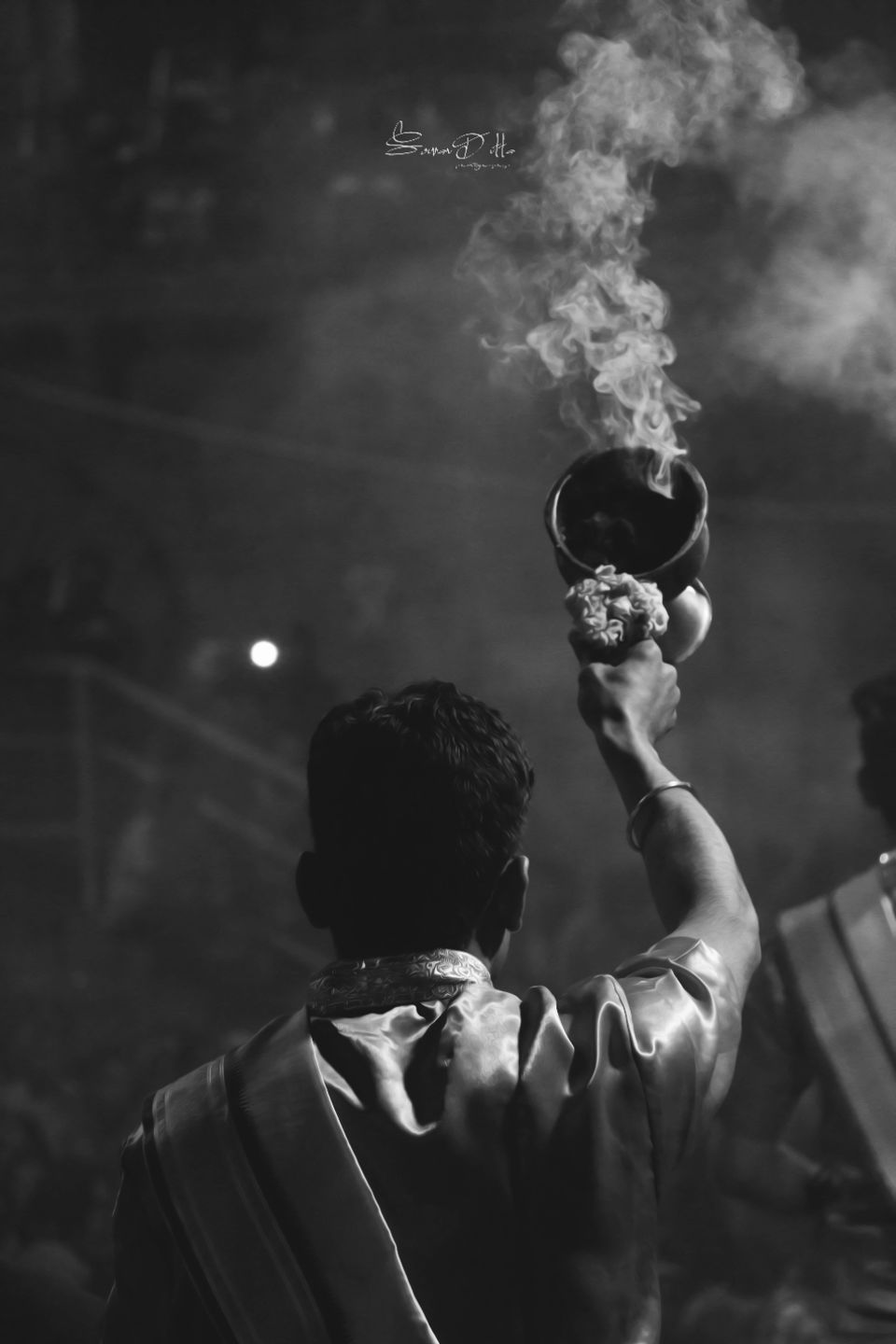 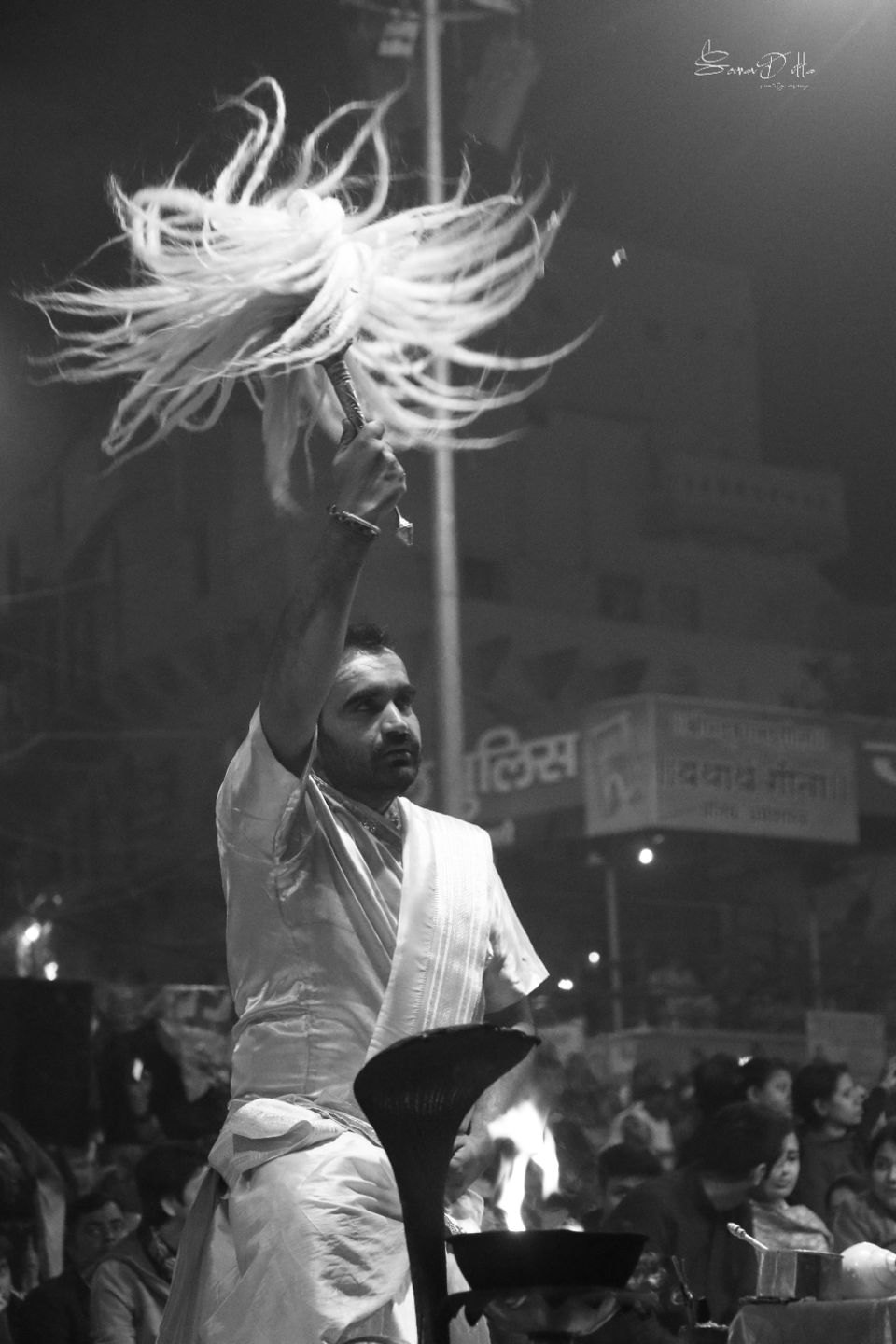 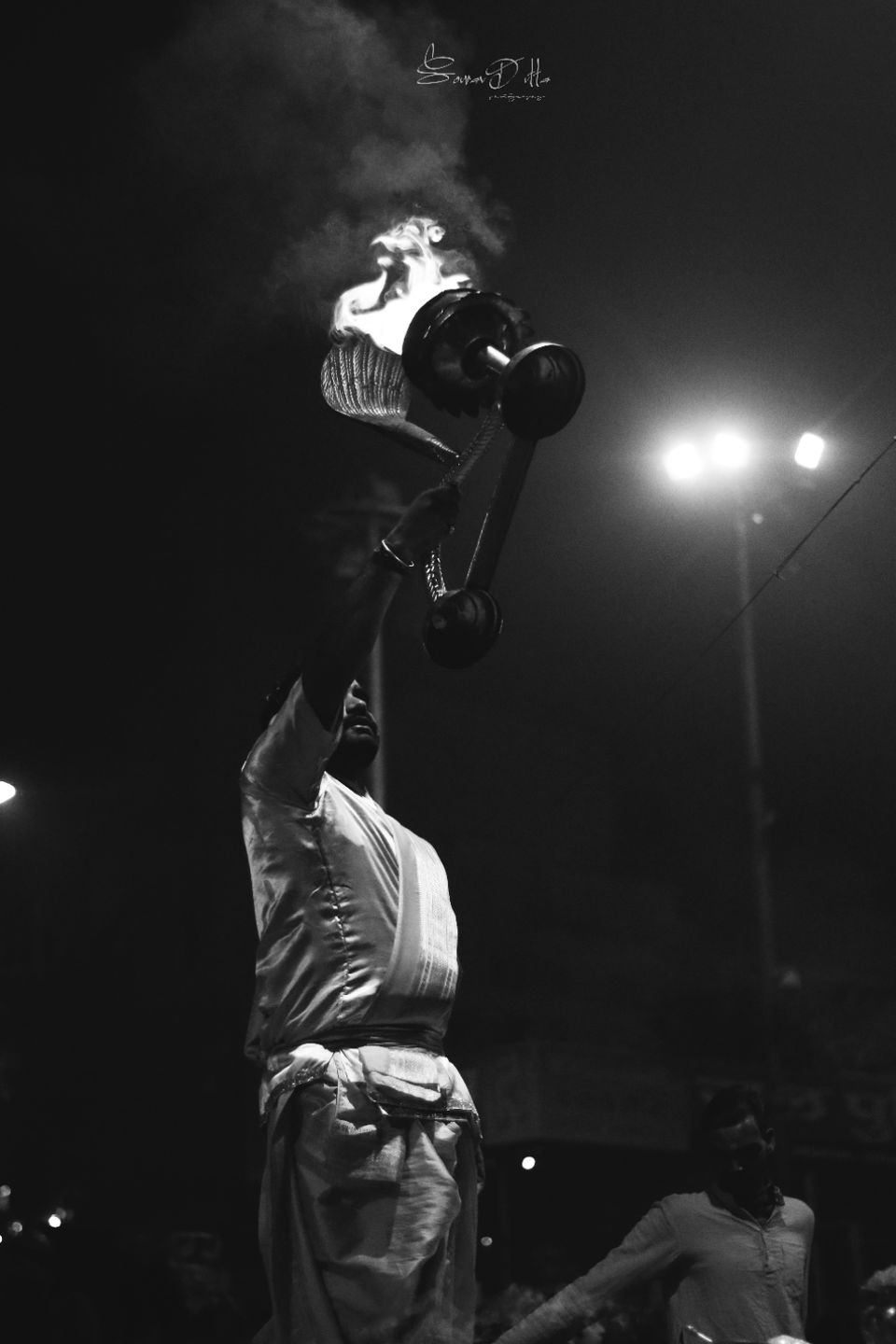 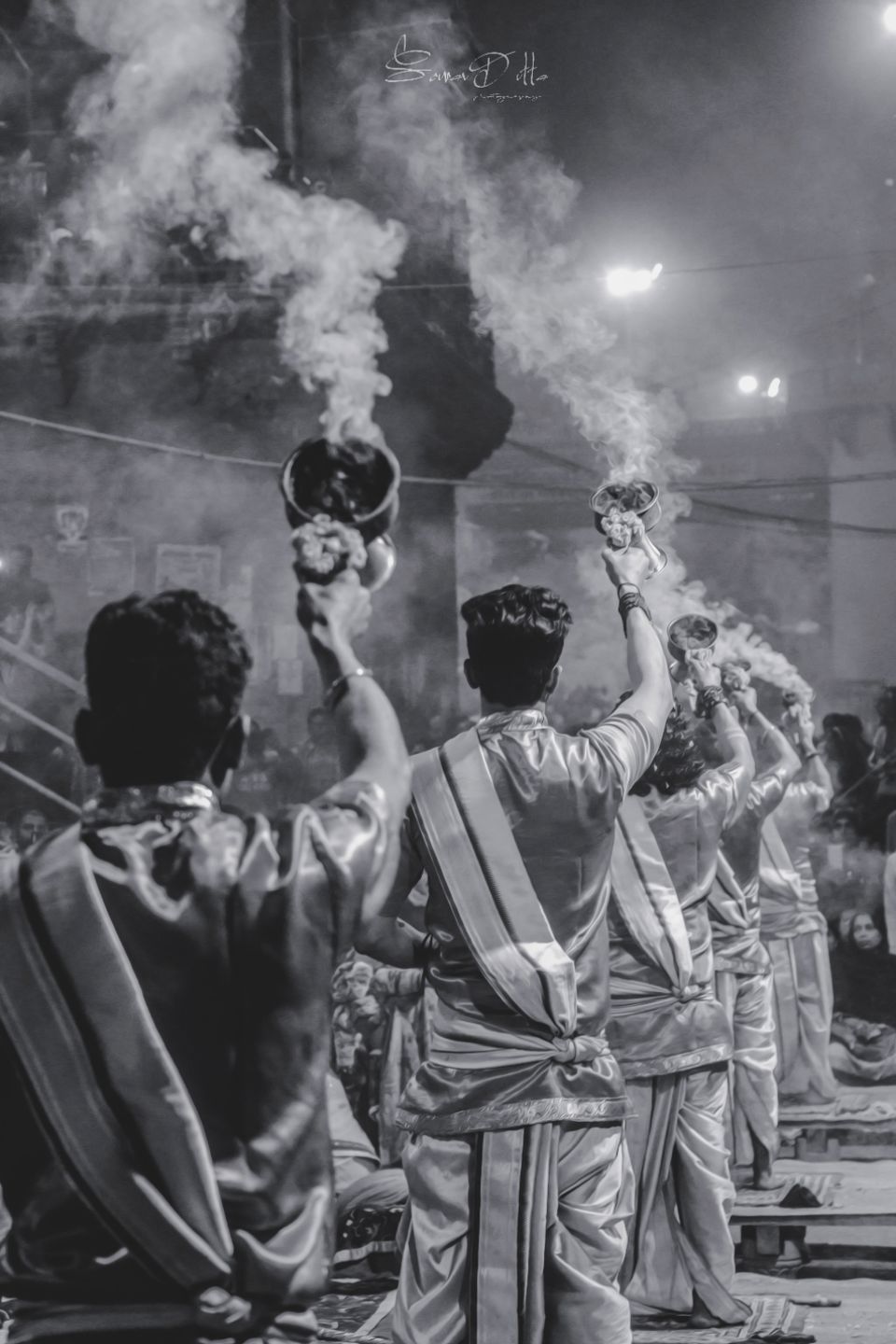 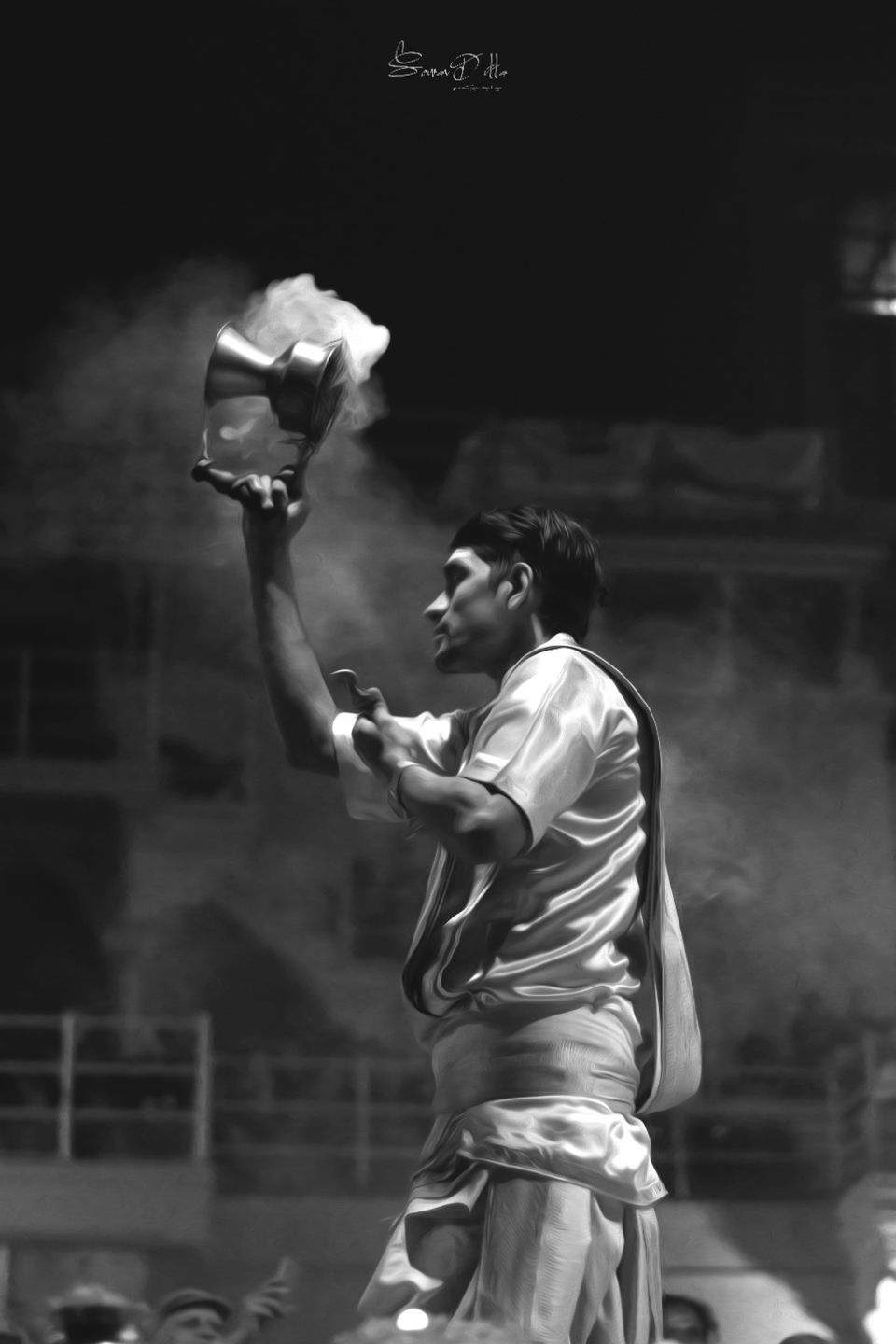 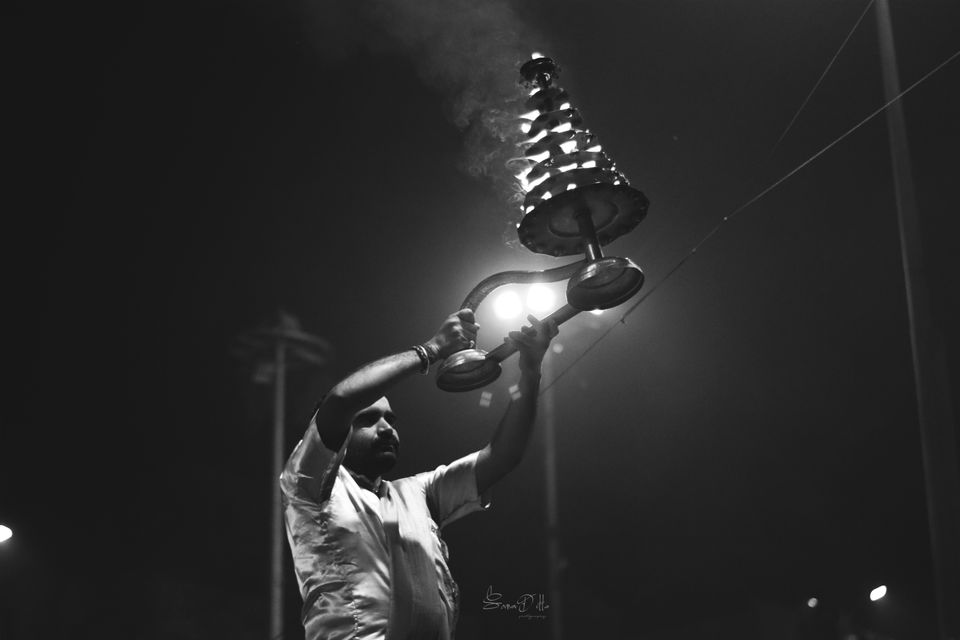 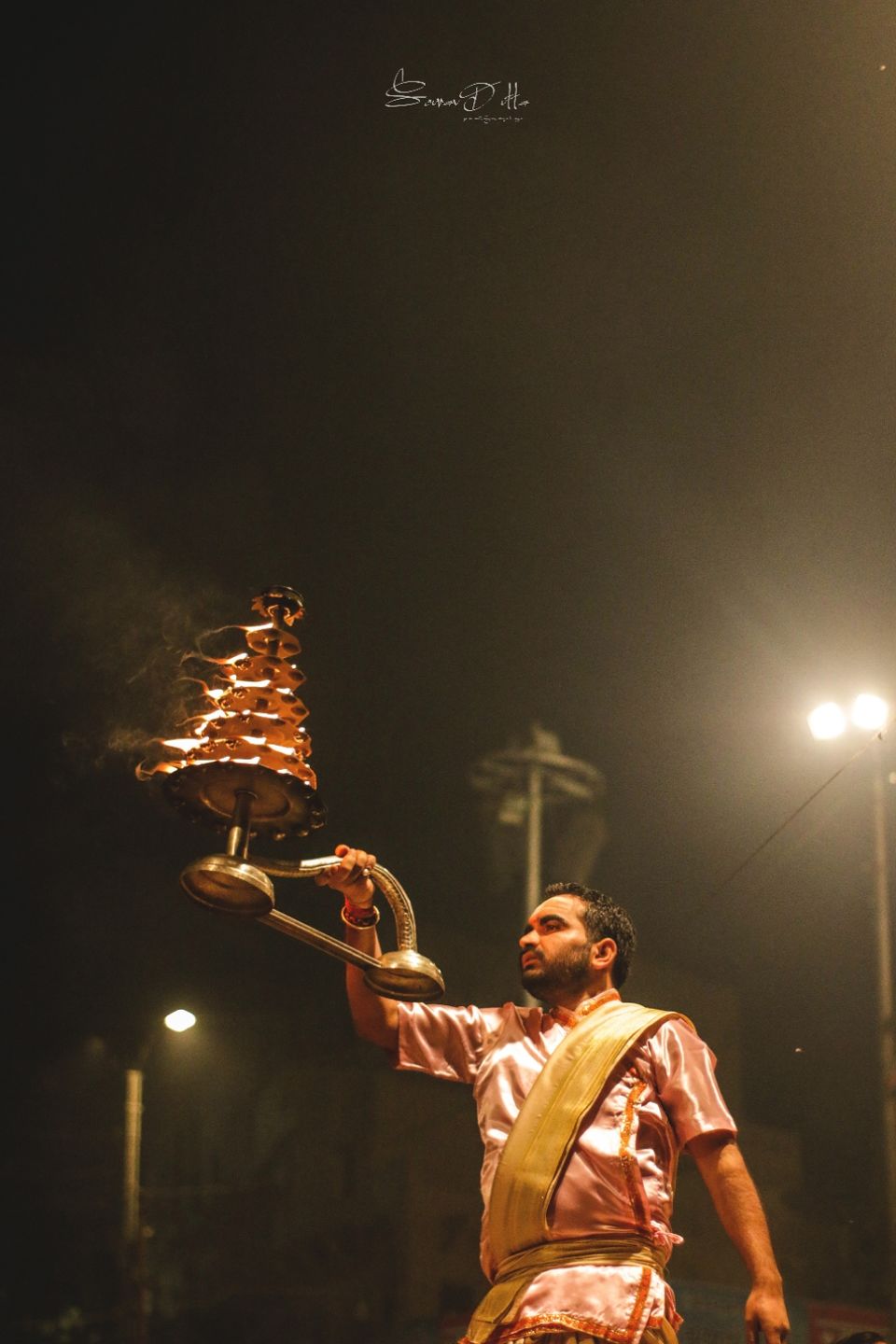 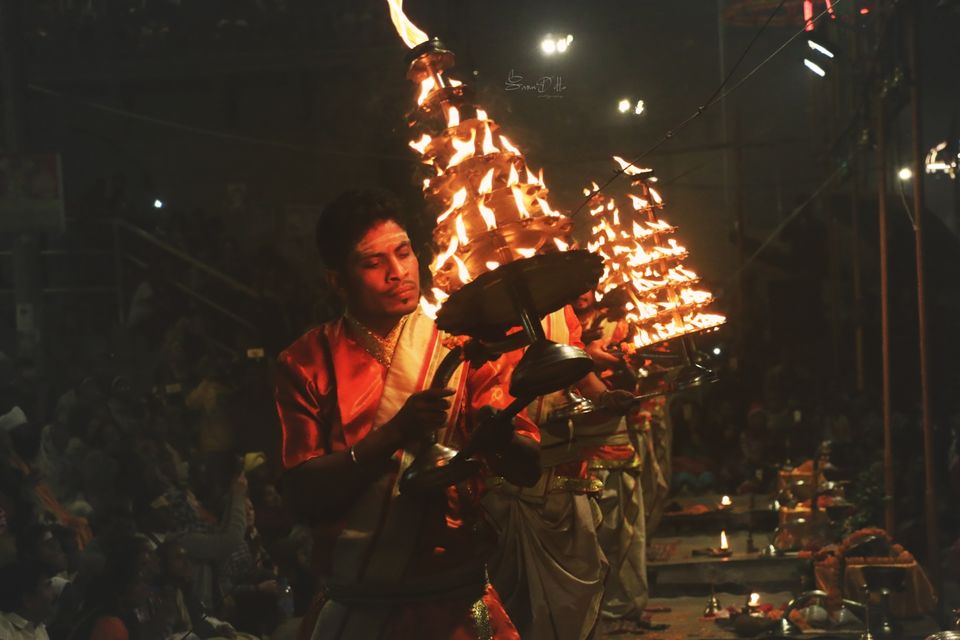 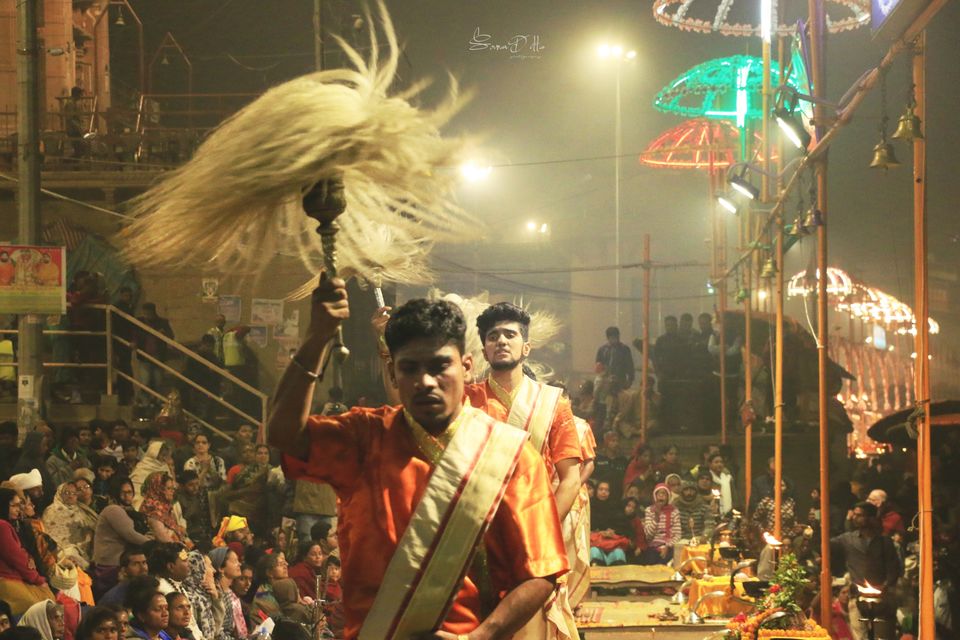 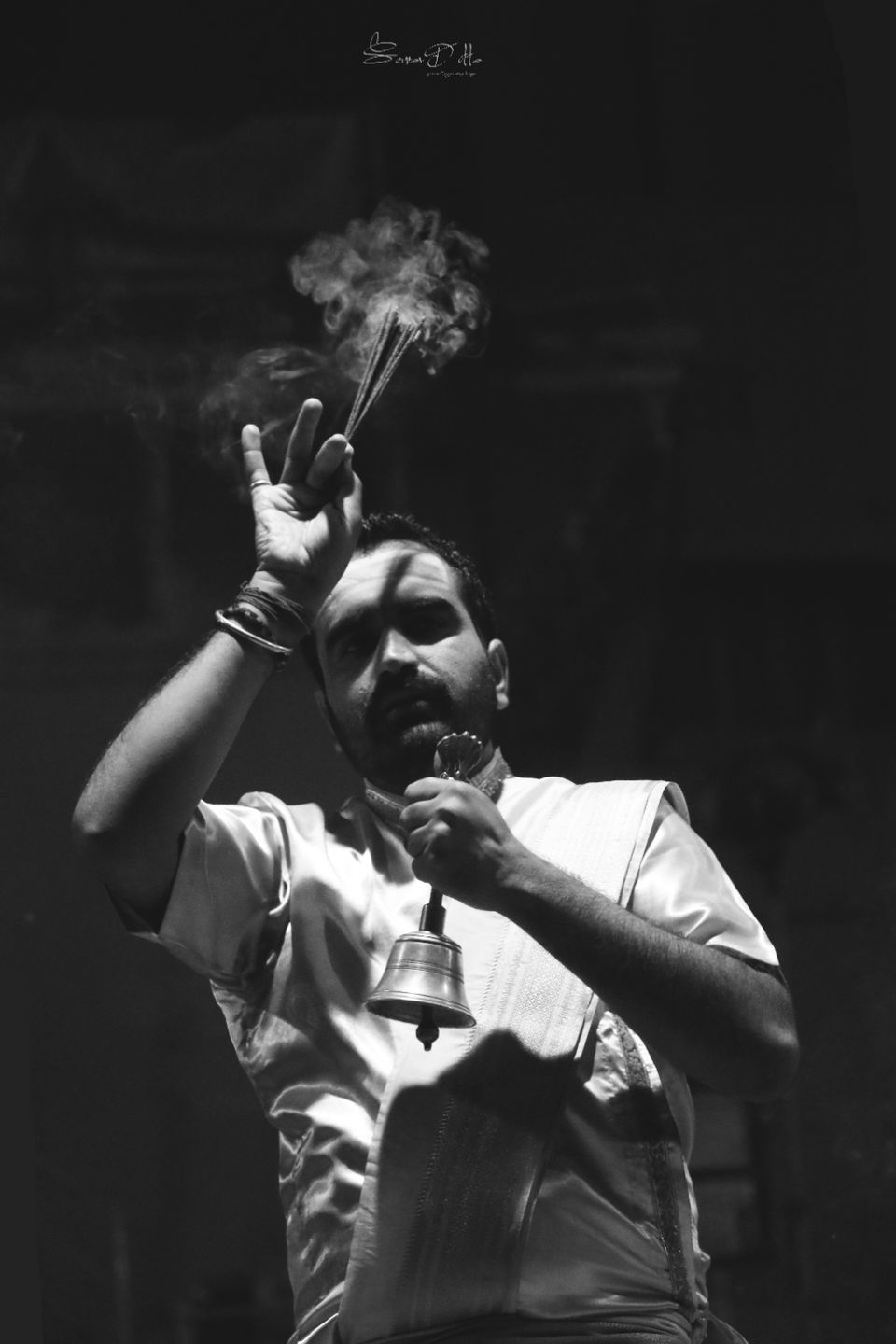 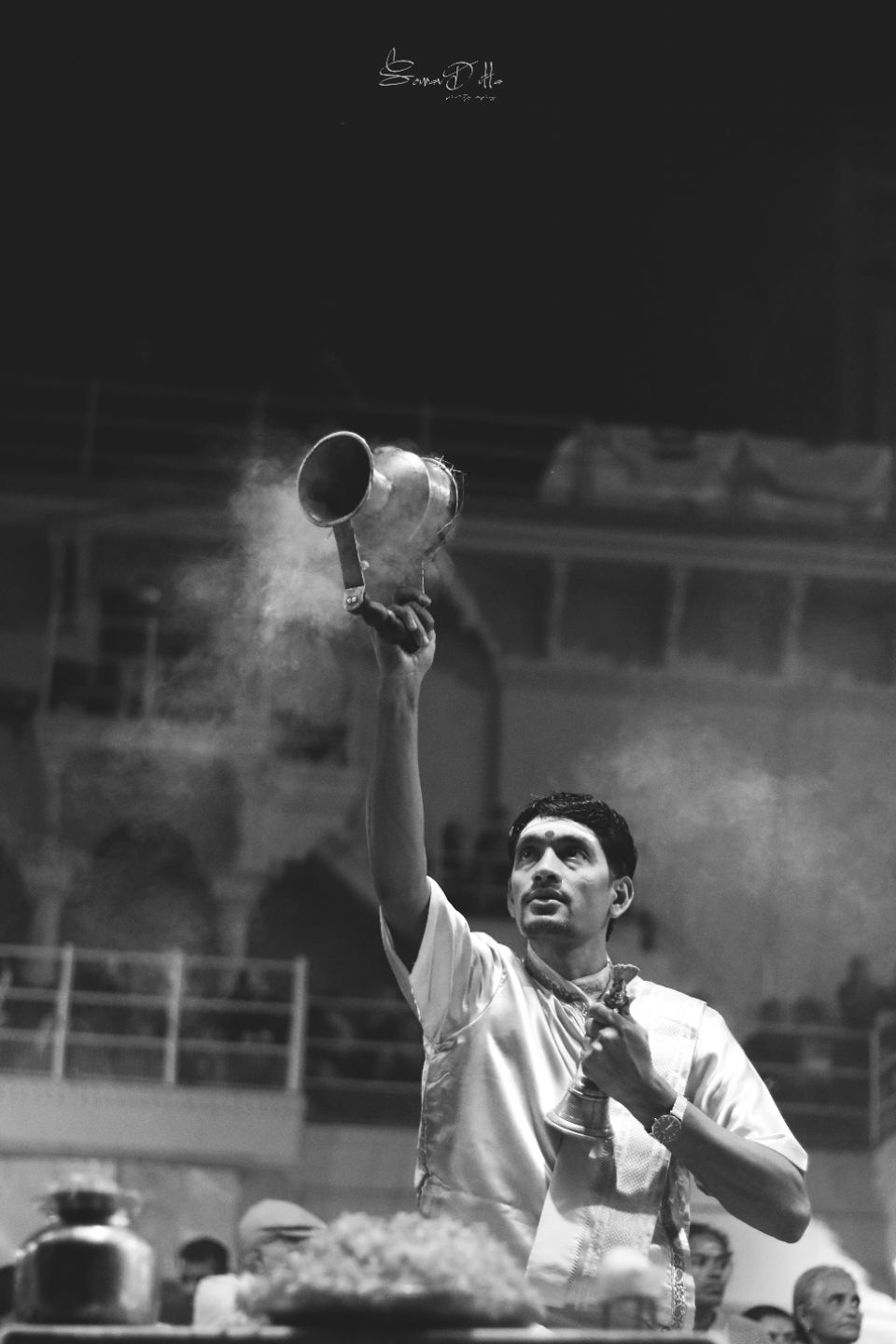 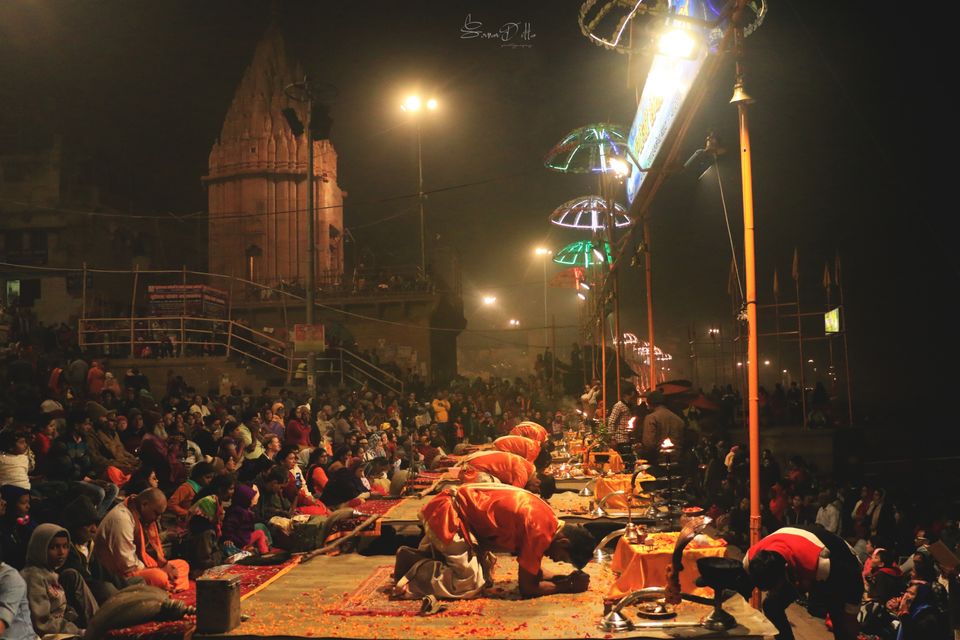 It was all for the day. I went to my room with a hope to get some views of the ghats in early morning. Again I went to the ghat next day at 5:00a.m. It was a wonderful view. The fog had covered the other side of Ganga. The sun had just appeared, penetrating the fog. And in that delightful ambience portraying its inner beauty lay in front of me the city of ghats. I have no words to express the beauty, let my snaps do so. 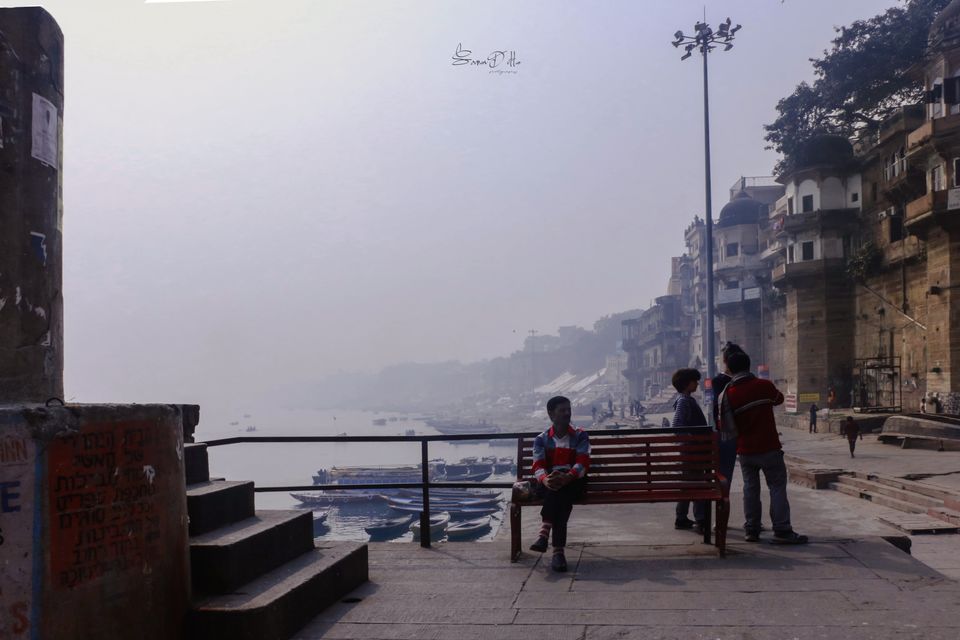 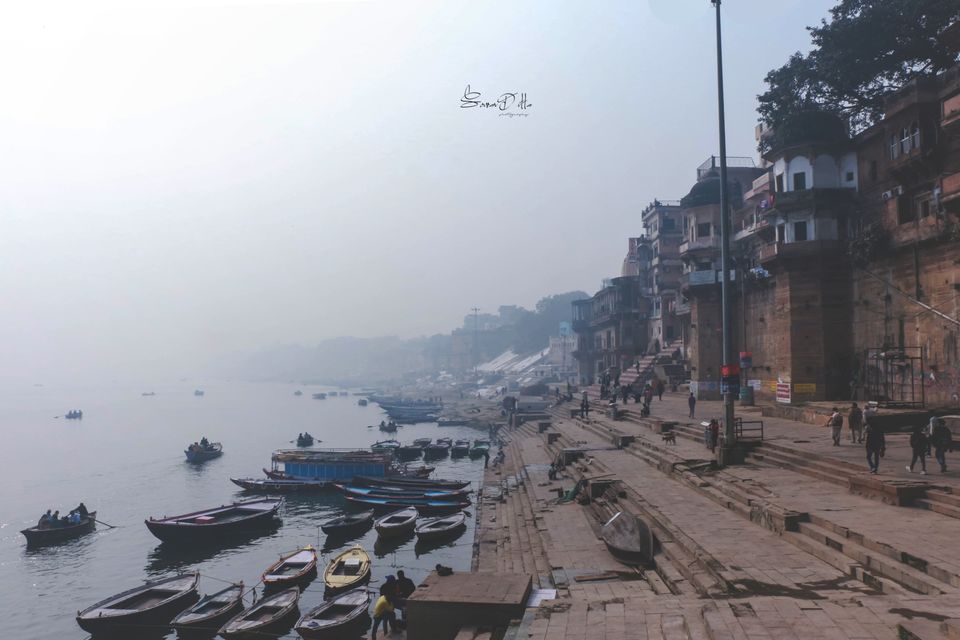 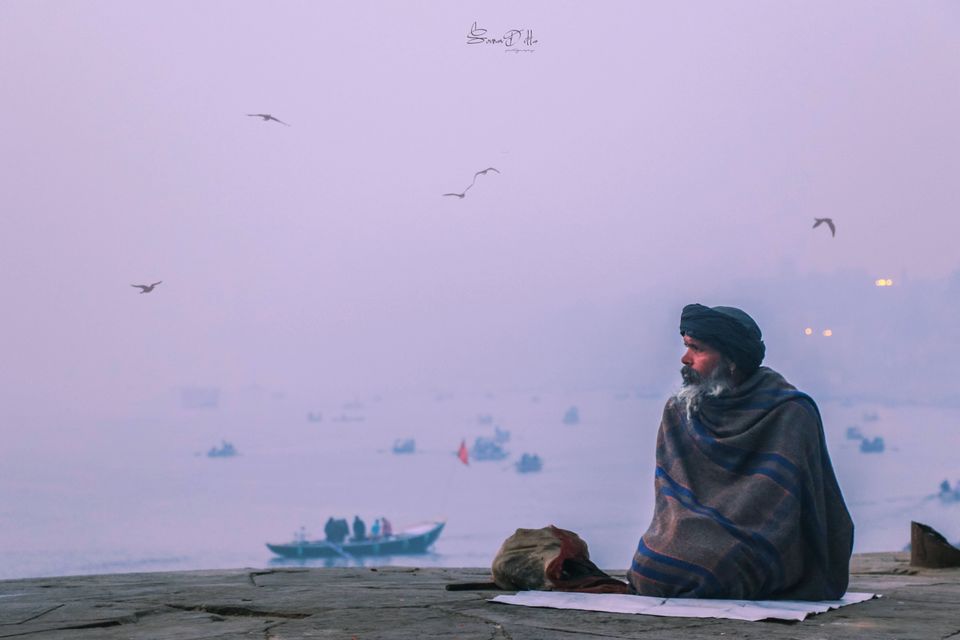 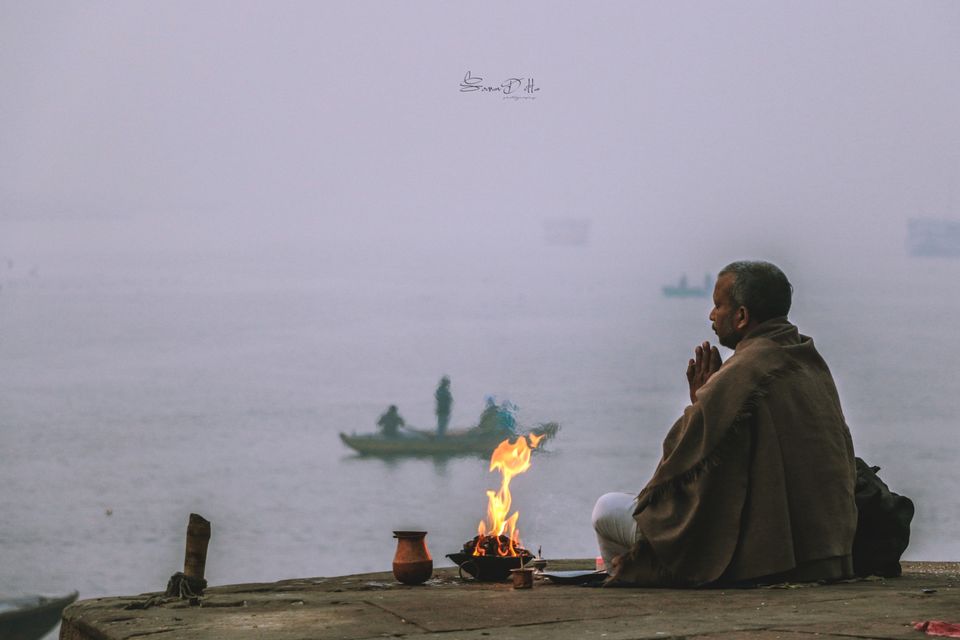 My exploration ended there. My time was over and I had to head back home. With a handful of pictures I came back to Kolkata. Though it was a very small span, but I was satisfied with my archive. I hope to visit the place again, it has captured my mind and soul.