Sinhagad: Why so early?? 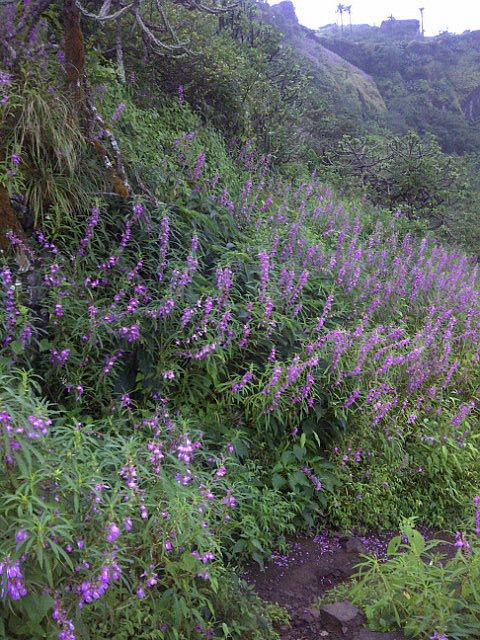 All efforts... Just for this!! 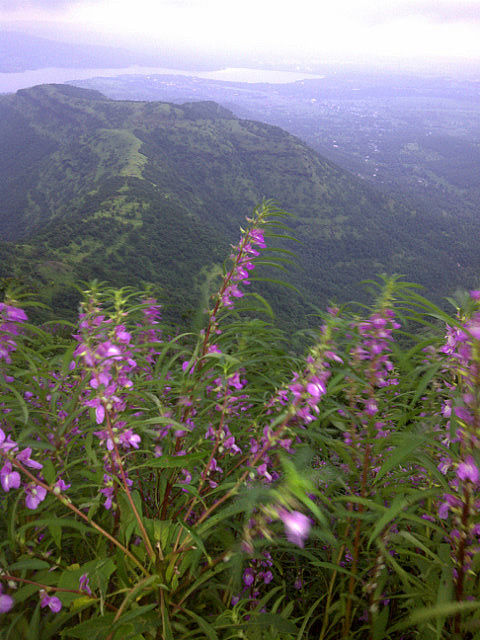 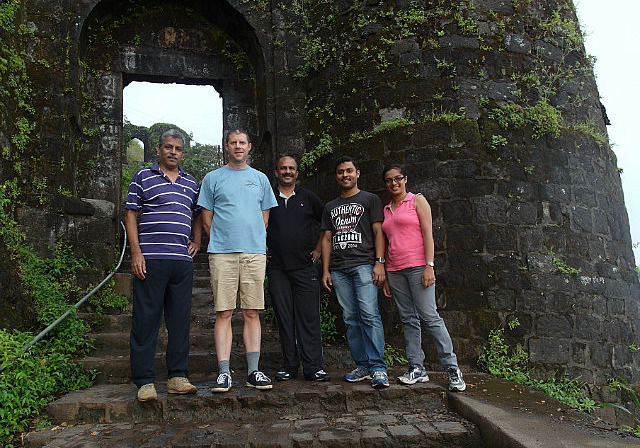 I was not sure if I could really get up so early just to climb up a fort. Although I am fond of trekking, I was not really prepared, mentally, for this, on the spot plan of SKJ (my boss) to accompany our official Swedish guest, John to Sinhagad. The fort is pride of Puneites, the place which is the best place of escape for Puneites and I haven't escaped to this pride for last 2 years. Although waking up early morning was a point of resistance Sinhagad was calling and the offer was irresistible.

Me and Aks joined SKJ, John and Pramod at Dandekar bridge at 4:40 am. It was still dark outside and our vehicle started with a quick round of introductions. The roads in Pune look serene and large at this early hour. We reached at the base at 5:15 am. We had decided to climb the fort and travel back from top to base in the vehicle which Promod and the driver were supposed to drive till the top (the vehicle suffered because of a punctured Tyre after four of us got down, but the stepney came to rescue).  Oh yes! Sinhagad has a tar road which takes your vehicles till the entrance of the fort.

We started our trek at 5:30 am sharp with help of a bright LED lamp. We were just four at this place when we started but within few minutes there were many torch lights sparkling behind us. Ok! This is not madness. There are many like us who come so early to Sinhagad. John still had no answer to his question, "Why so early?"

I was leading in the group for first 15 min we were chit-chatting as well, but when the route became steep we automatically stopped talking, I became slow and finally took a break. Aks accompanied me whereas John and SKJ went ahead to stop by, at a plain.  Now, we were divided in two evident groups with torches distributed individually- a slow couple and a stable paced pair of two social scientists. Aks reminded me of my age frequently and compared it with other fellow trekkers saying “You are half their age and half their speed as well”. I was slow to his expectations and he won’t leave me alone to go ahead. (Is this what marriage means? - a companion even if you are not comfortable with each other’s pace). I was enjoying this attention.

We reached half the mountain, people (young and old) were overtaking us and cool breeze was flowing along with fog. It was around 6:10 in my watch and Sun was trying to peep out of the sparse clouds. Our torches went back to the bag packs and our hands were free. Early sunrays, omnipresent fog, soothing breeze, mid way on the mountain and greenery; I was relishing this experience. I felt the competition within myself, a contest with self to overcome the lethargy, a determination to reach the top and an urge for accomplishment. This place was welcoming my mood swings...this is the beauty of nature, you can be yourself and you can dip deep into your own thoughts.

Now, I wanted to reach the top as soon as possible. Where there is a will, there is a way; we found a short cut and we climbed on it. The omnipresent fog was now filling in me and I was feeling lighter and bypassing a long route though a steep climb became easier. The reward was miraculous. We found a bed of blue flowers welcoming us.When I turned back to see the valley, the efforts were worth the view.It was beautiful.  As we moved ahead to reach the last level of our trek the fog followed us blanketing the fort. Now, it was just fog and us, isolating people from each other. This was solace.

We now reached the stairs and were pleased to see SKJ sitting on the parapet wall bracketing the stairs. John just went ahead in the fort to visit the historical monument. I was amazed to see the curiosity and enthusiasm of this person. Aks joined him and I sat with SKJ. My mission to climb was complete. We sat there, watching people who were routine climbers to this place. There were small vendors who were selling lemonade and raw mango (you get raw mango at Sinhagad all round the year), some vendors were selling the very famous sinhagad-yogurt thick and fresh. We then saw Pramod walking down from the fort as he reached before us and had taken round in the fort.

After some time Aks and John joined us, all fulfilled with their fort trip. We all had the mango and some yogurt and buttermilk and clicked a group photo by requesting a passerby to click it. We then walked to our vehicle, the vehicle satnd was all engulfed in fog. And we had the answer, "Hence, so early morning"! We took our places in the SUV to have a comfortable trip back home.

HotelsMap
Me and Aks joined SKJ, John and Pramod at Dandekar bridge at 4:40 am. It was still dark outside and our vehicle started with a quick round of introductions. The roads in Pune look serene and large at this early hour.