How solo Travel Changed Me

By A boho girl 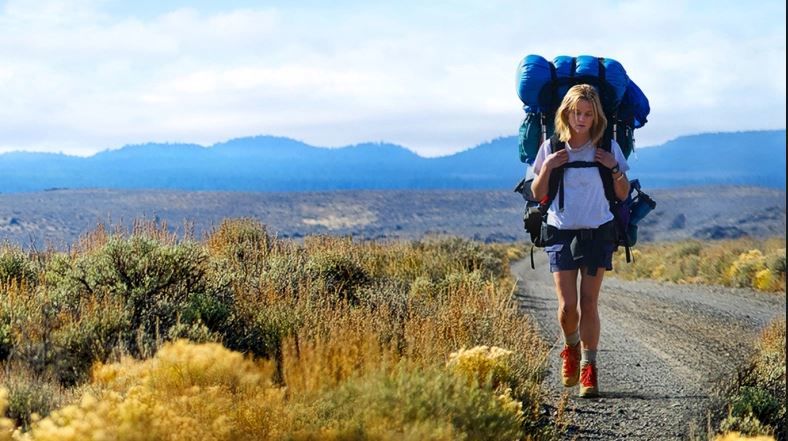 Few years back, I never thought I would travel solo. It kind of just…happened. And I’m glad it did, because it changed my life, it completely changed me as a person.

I want to stress that however much people bang on about their gap year and travelling around the world on their own, solo travel doesn’t have to be this long-winded month at a time affair. Solo travel can be as little as a weekend away by yourself. It’s simply about making time for yourself and enjoying exactly what you want.

During traveling I've seen it all, the good and the bad, beautiful and the worst but it never stopped me from doing what i wanted to do. I had my adventurous and misadventures but i took it as lessons. I learned more during my travels than my entire life of 24 years. Here I am sharing some of the best things that i learned during my travels.

One of the greatest benefits I’ve found while travelling solo is the feeling of independence. Sure, it sounds whimsical and the stuff of Instagram quotes, but being by myself, doing exactly what I have chosen that day, is powerful. Plus, having a glass of wine in a bar by myself just makes me feel like me.

When traveling solo, independence isn’t something I tried to attain; it’s just something that happened naturally. There is nobody there to rely on for money, to watch my luggage when I go to the bathroom or to show me the way when I get lost. It’s all up to me. And more I figured these things out, more independent I became. 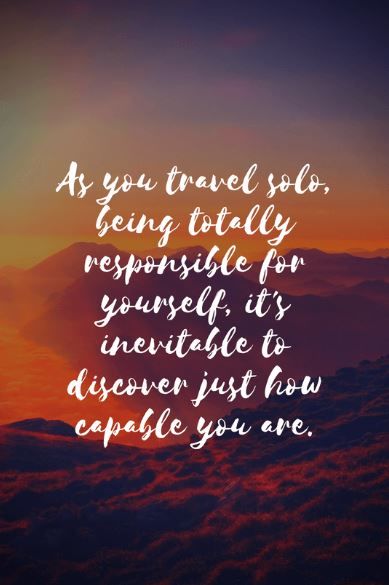 If I think about it, I feel closer and more empathetic to other people. When you travel solo you open up to new people, totally strangers, new traditions and culture. You get to open to new challenges and experiences and after a while you stopped being scared of the unknown. Now I believe the fact that solo travel makes you broad minded. When I look back, I found that I've completely changed and become more open to people and situations. 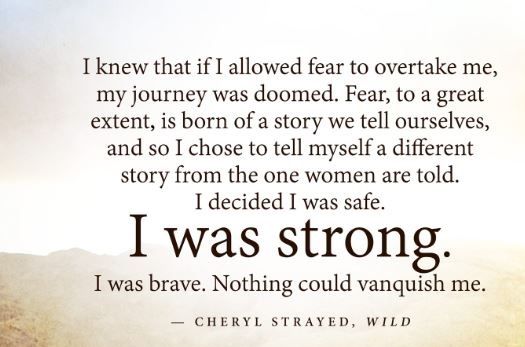 It makes you crave alone time:

Solo travel is rarely lonely but you will learn to love being alone. That space to think and contemplate all those thoughts that may have flitted into your brain when you lived a ‘normal life’. That precious time spent in coffee shops in places you couldn’t communicate, just people-watching and grinning at the people who came to interact. Those rare times you bagged a dorm all to yourself and chose to spend the evening writing and exploring what makes you tick. Oh and the endless magical bus journeys, which equalled un-guilty thinking, reading and learning time.

The desire for this blissful freedom doesn’t end. Well maybe in the first throws of a relationship, when you’ve got yourself a good one. But, alone time has now become so precious that you’ll begin to crave it. From my own experience, solo travel made me love myself. Now I don't want to be with people anymore, I don't want anyone's attention. 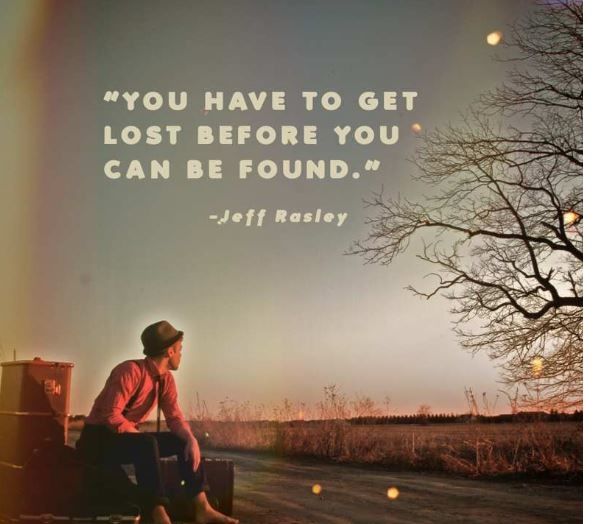 You stop crave for material things:

Living out of a bag for extended periods of time became a way of life. Not having anyone to impress or keep up appearances for is liberating. Solo travel strips you of your need to present yourself as a perfectly polished human as you quickly learn it’s what lies beneath that counts.

Sure, when returning to ‘real-life’ the volume of clothes available to you is head-spinning, but it wears off. That new pair of jeans becomes a plane ticket, that pair of killer stilettos, impractical for travel. These material possessions no longer hold the same value as they once did.

When your friends suggests you hit the shops together, or gets over excited about a new shirt/dress/pair of shoes, a little part of you dies inside. For you now know that these things mean nothing at all and that money could be used on experiences. You battle hard to enjoy the happiness the purchase has given them, but that’s when you realize your’re not on the same wavelength. You prefer them in flip-flops anyway. Travel because money returns but time doesn't.

It makes you a good decision maker:

Solo travel improves your decision making power as when you travel alone you make your own decisions. whether you want to visit museum or just enjoy your coffee in a coffee shop only you decide because when you go with your friends you follow their decisions. 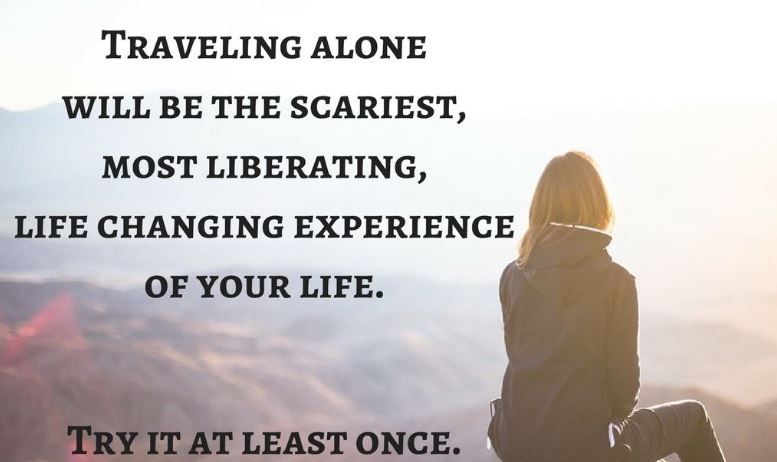 It makes you brave:

It takes courage to go alone to a new place, to a new country. It takes lots and lots of courage to stay with the people you don't even know anything about. Solo travel makes you trust your own self. Many times you'll have to face the circumstances you've never thought about but somehow you'll be able to get over it, completely on your own. It made me braver than i was years ago. 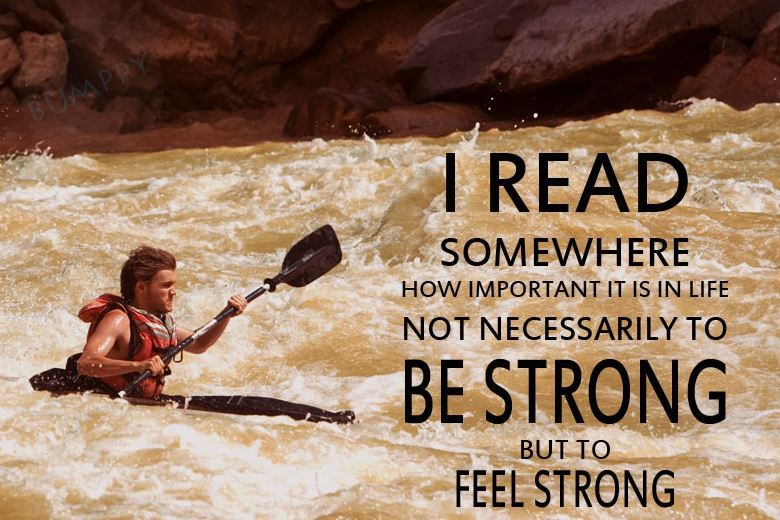 It makes you undateable:

I understand some people will disagree with what i just wrote but it is the harsh reality of solo travel. I wrote it from my own experience. When i first started traveling solo, it was for fun and excitement but with time i became so used to being by myself that i started avoiding being with people.

Solo travel will make you love life. When you'll start spending all the time by yourself you'll not like others intervention in your life. You'll spend time with people but there will be a line, a boundary that you'll not want to be crossed by any other person. Solo travel makes you very very practical, you'll never like to take people's opinion so it makes you undateable and a bit anti social. 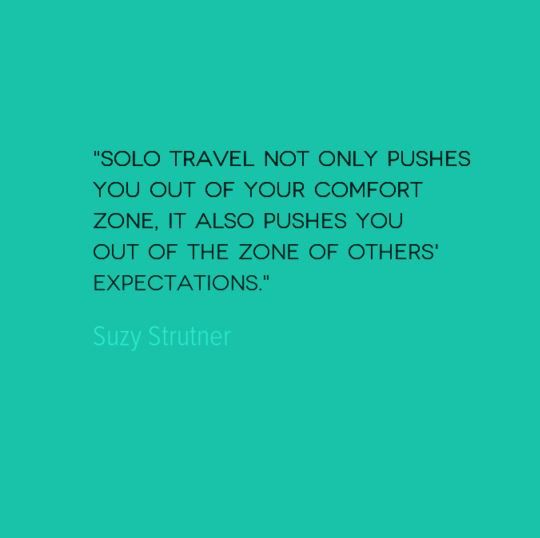 It Improves your self confidence:

As you travel solo, you rely completely on yourself. you take every important decision by yourself and most of all you believe in every decision that you take. When i first started traveling solo I was a bit scared but when i boarded the first flight of my life all by myself and live 18 days in an unknown country, there was a strange sense of self esteem that i felt and that time I came to know that if I can do this then i can do anything in my life alone. 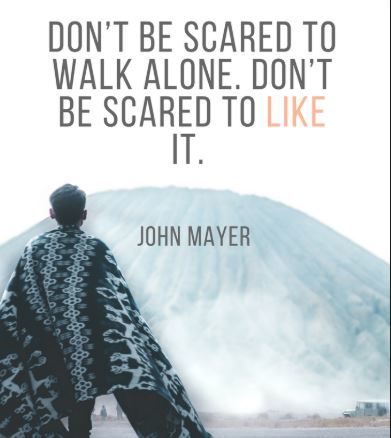 Above all, accept that it will feel a little odd at first, but this does change. And what a difference in your confidence when you return!