The Chenna Keshava temple and the Gangadareshwara temple in Kaidala in Tumkur district were built by Gule Bachi, a chieftain of the Hoysala King Narasimha I in 1150 AD as per the stone inscriptions in Hale Kannada found in the Gangadareshwara temple. According to these records, Kaidala was called Kridakapuri and was a vibrant city and it is believed that Jakanachari, whose skills are attributed to some of the finest temples in the State, hailed from this city. The Chenna Kesava temple, whose grandeur matches that of the Belur Chenna Keshava temple, is said to be a fusion of the Hoysala, Dravidian and Vijayanagara styles of architecture. The complete temple complex has a tall fort-like wall or Prakara around it. The Mahadwara or the Gateway Gopuram is a three-tiered massive structure with beautiful carvings and the large doorway is flanked by pillars with beautifully carved relief works of nubile dancing girls, sages, gods and goddesses. On the right pillar is an image of Chenna Keshava, similar to the idol in the Garbagriha, along with his consorts on the side panels. On the left pillar is a 11 ft tall figure of a person with folded hands which some people say is that of the celebrated sculptor Jakanachari while others claim it as that of the Chieftain Gule Bachi. There is a beautiful Chenna Keshava in monolithic black stone (Krishna Shile) installed in the Garbhagriha. The strikingly beautiful idol faces west unlike in most hindu temples. According to a theory propounded by the priest of the temple, this was to prevent the muslim invaders from destroying the main deity. The carvings of jewellery on the idol are dainty, detailed and flawless. The 5-and-half feet idol of Chenna Keshava is installed on a 2-and-half feet pedestal which has beautiful carvings of the trimurthi, Brahma, Vishnu and Maheshwara. The idol has very intricate details carved along with a prabhavali with the ten incarnations of Vishnu (Dasha Avathara) on it. Alluring images of Sridevi and Bhoodevi are on either side of the main deity. The uniqueness of this temple's architecture is such that, on the day of the Makara Shankaranthi, the rays of the sun falls directly at the feet of the main deity. The temple itself has only two parts, the navaranga supported by four eloquently carved black granite pillars and the Garbhagriha. The main entrance of the temple has rows of intricately carved elephants and flowers. 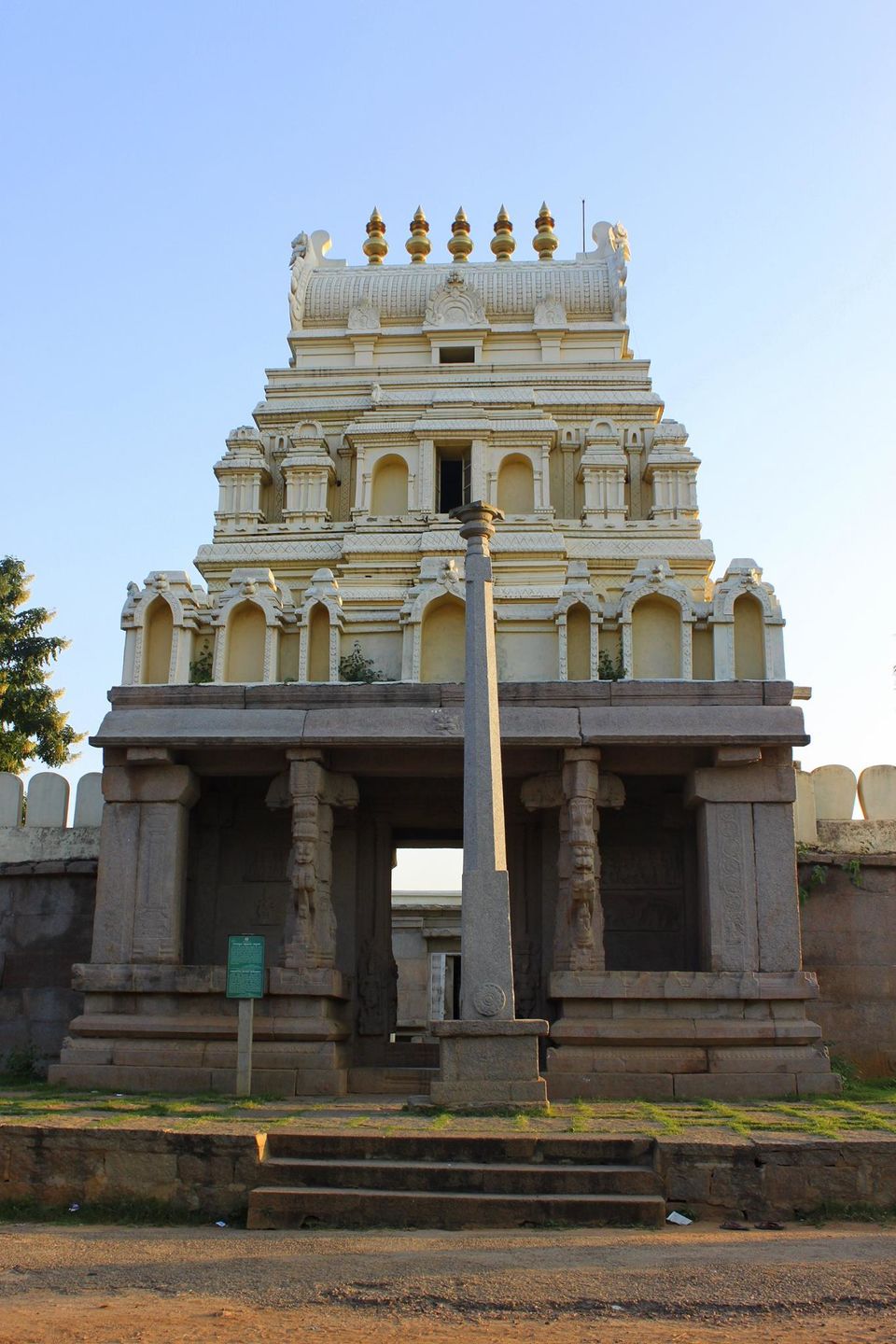 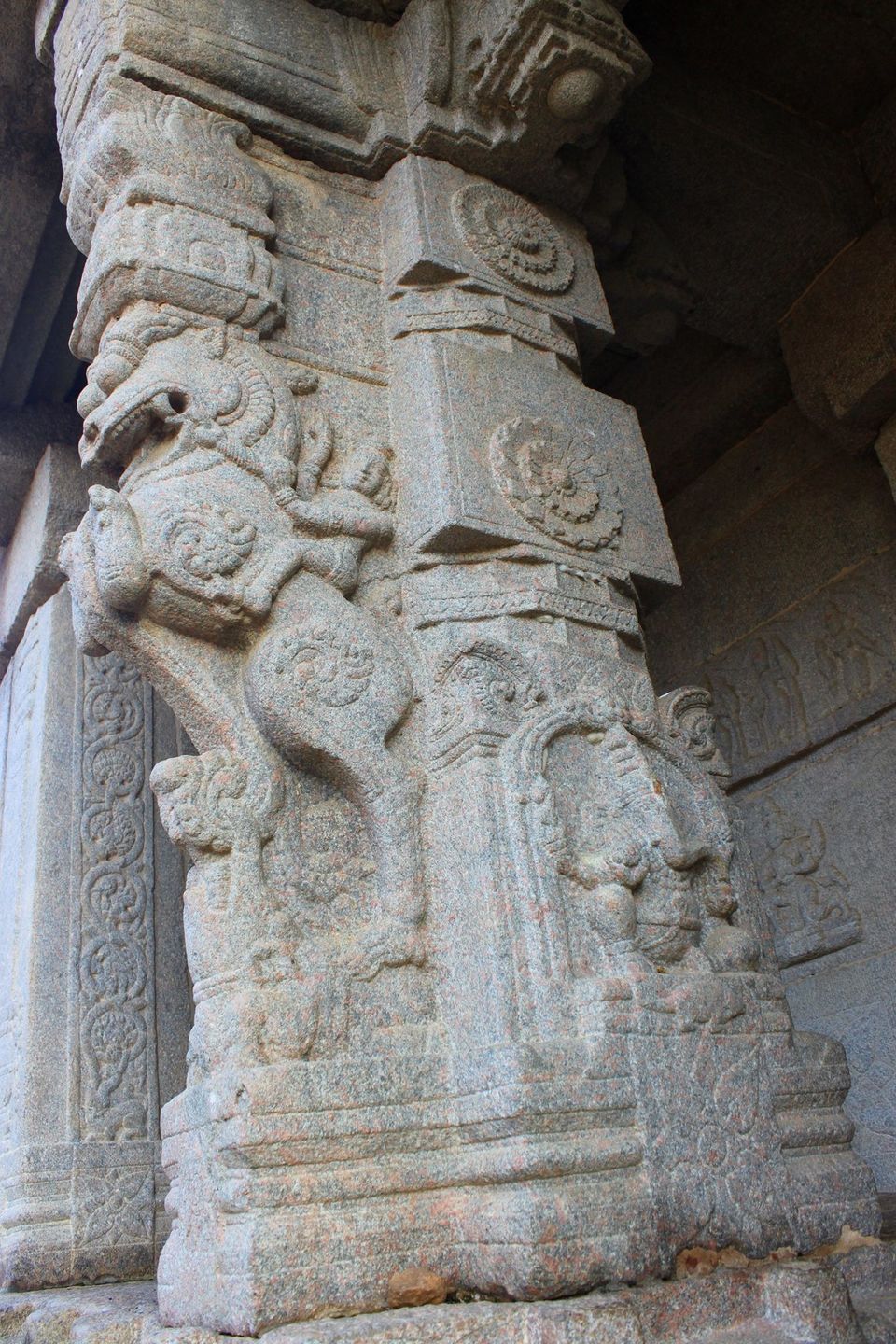 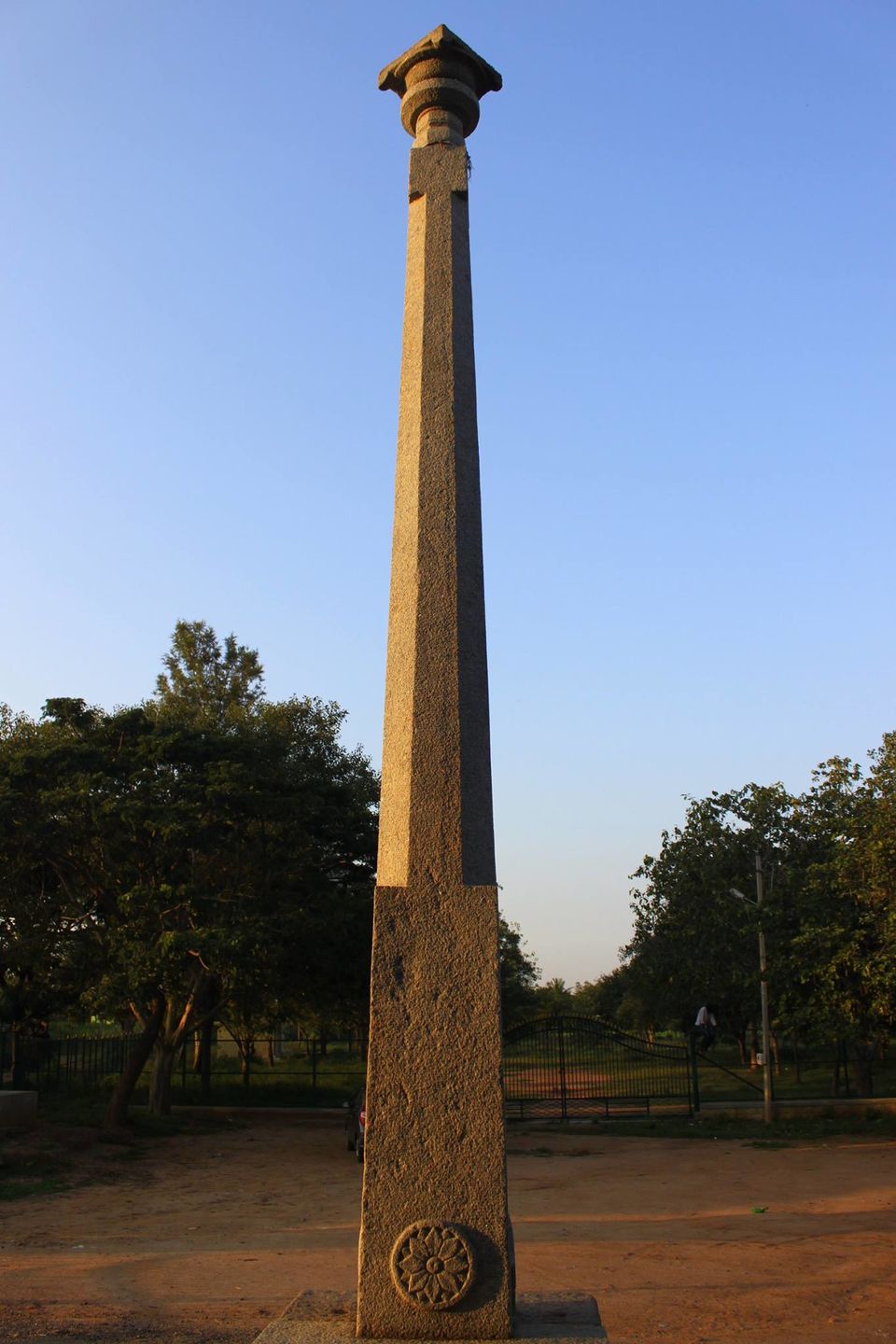 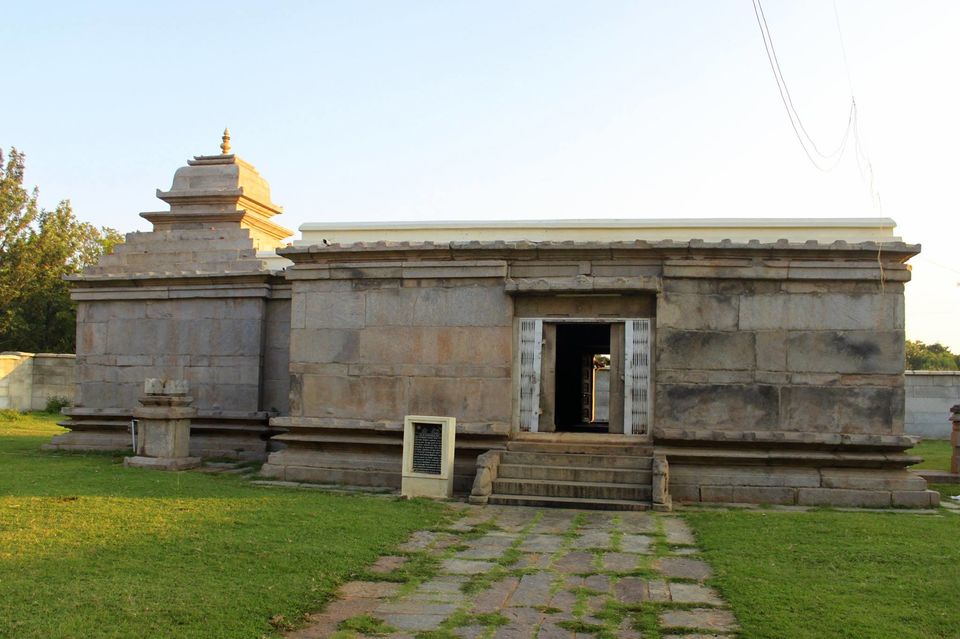 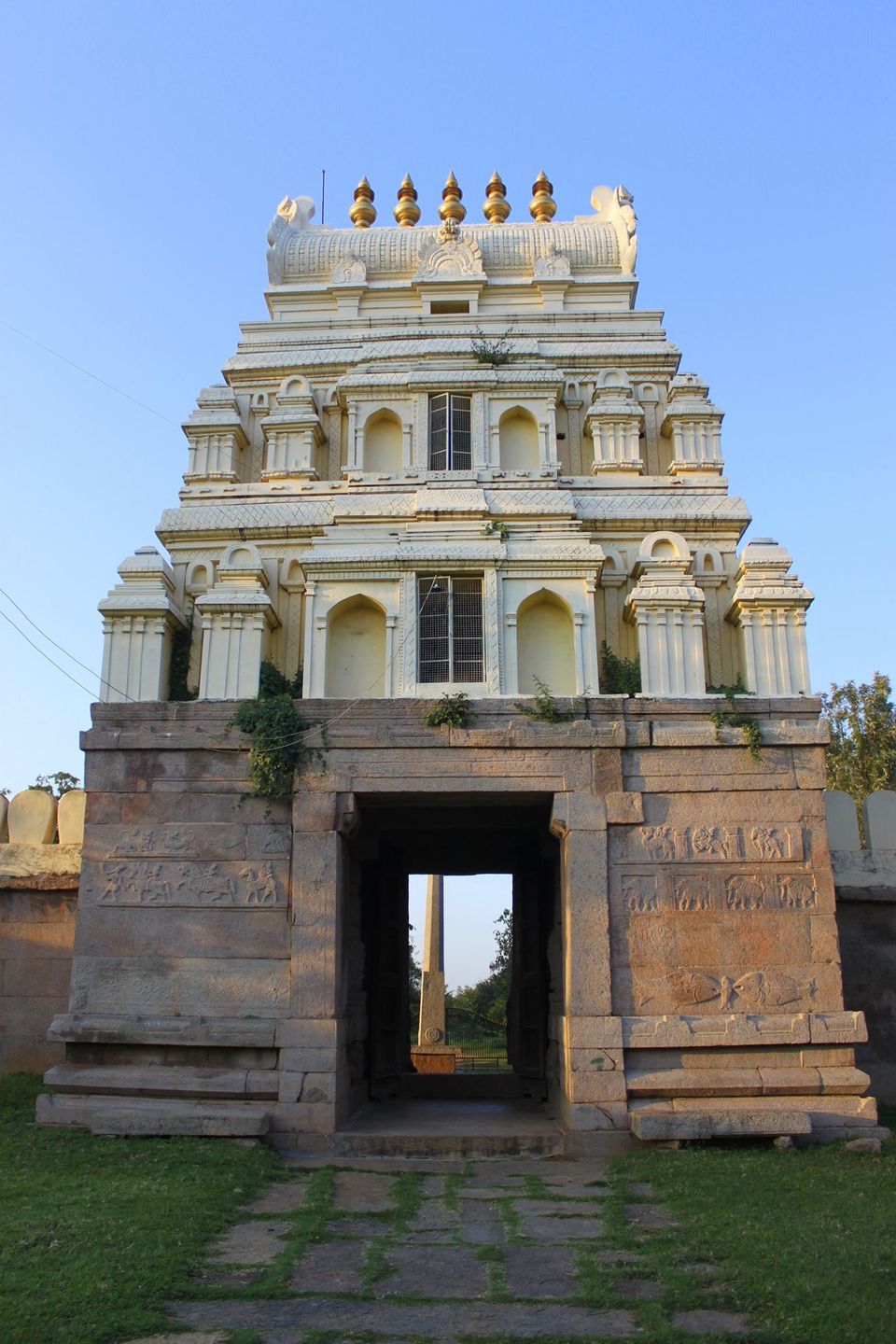 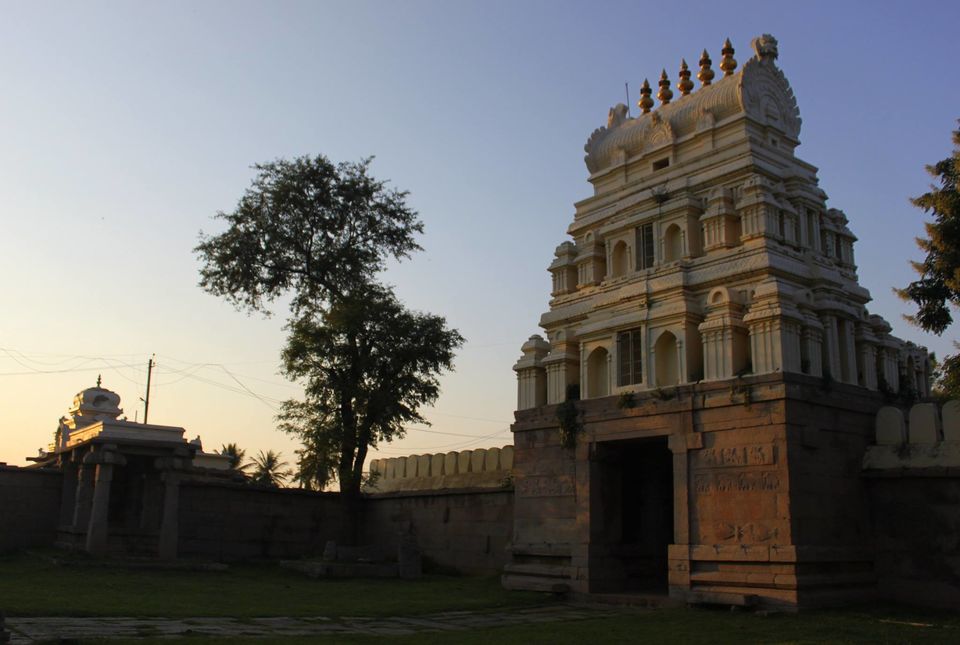 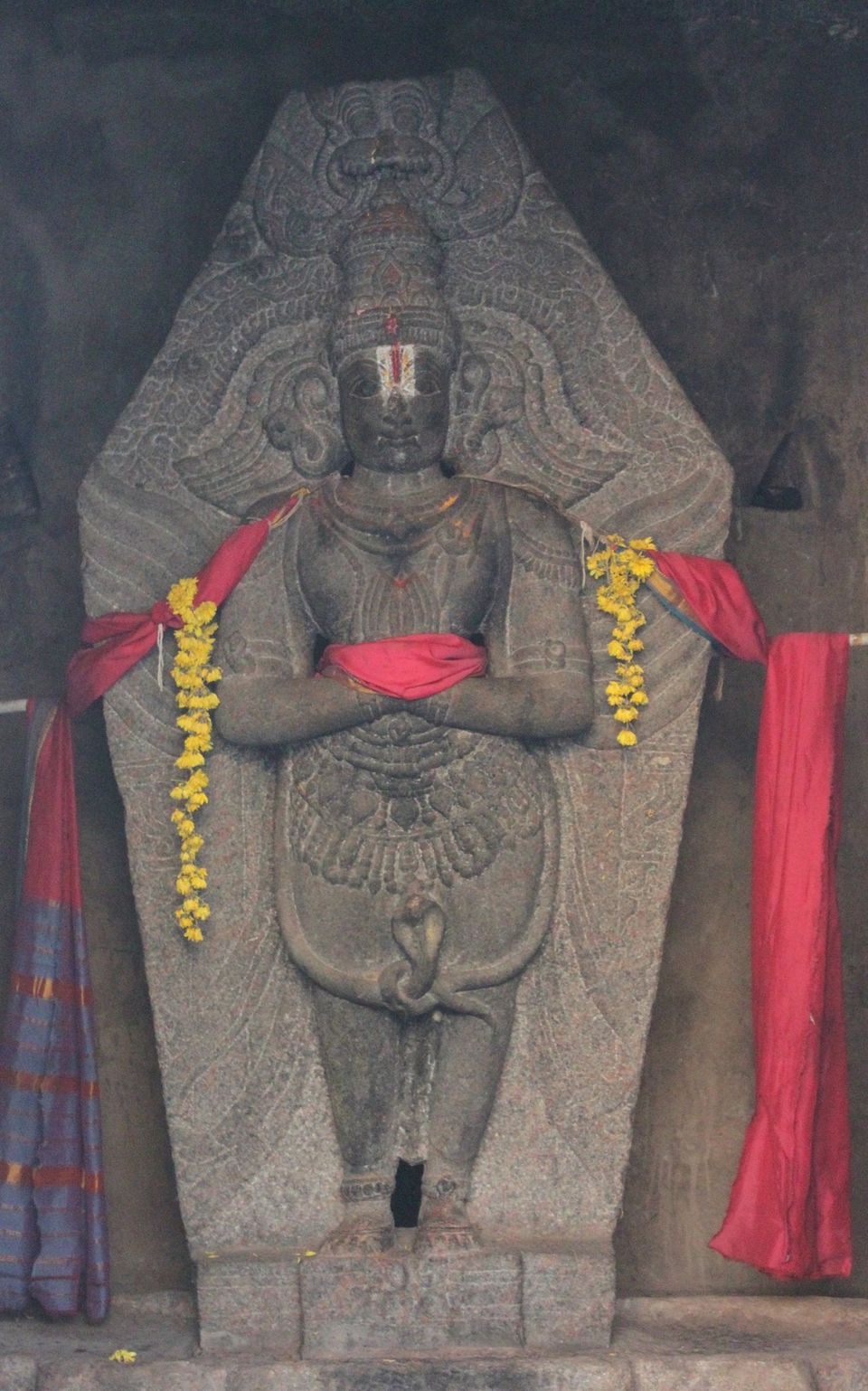 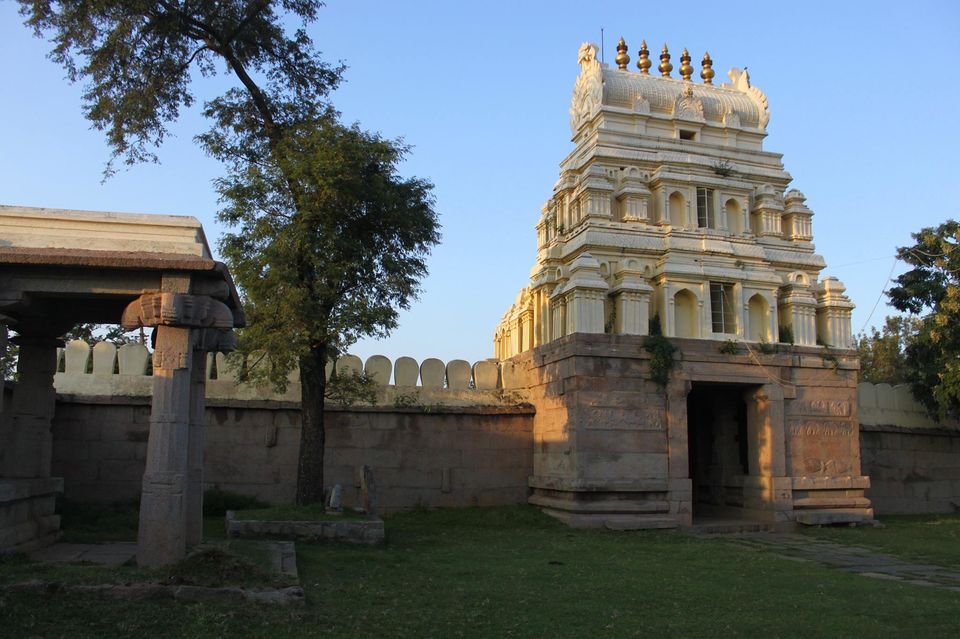 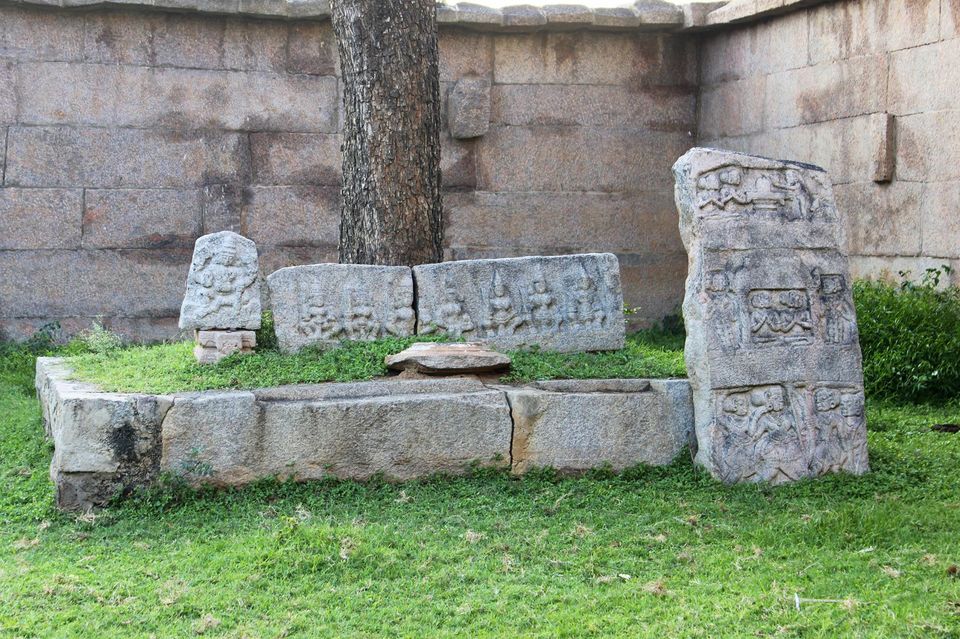 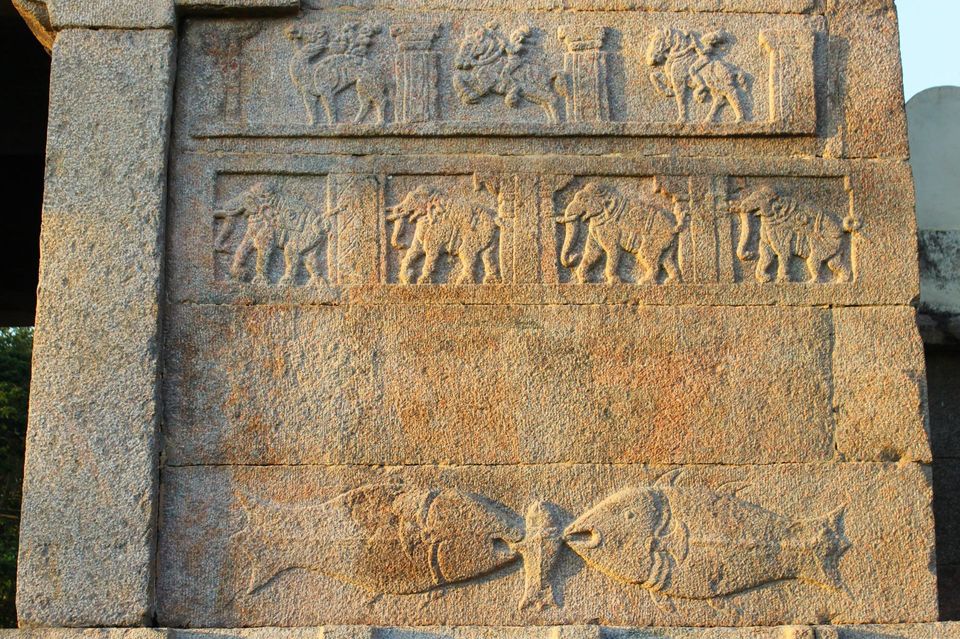 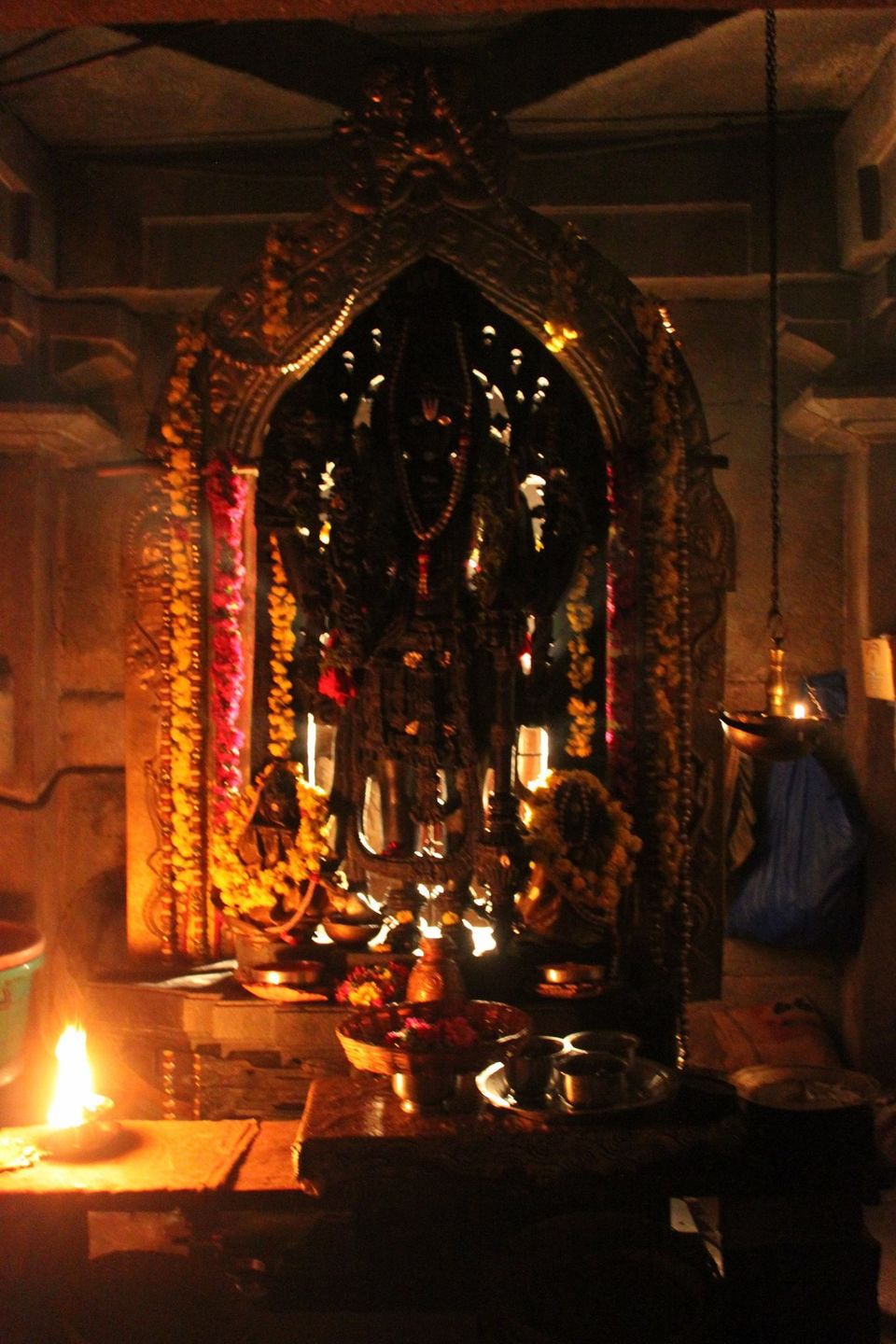 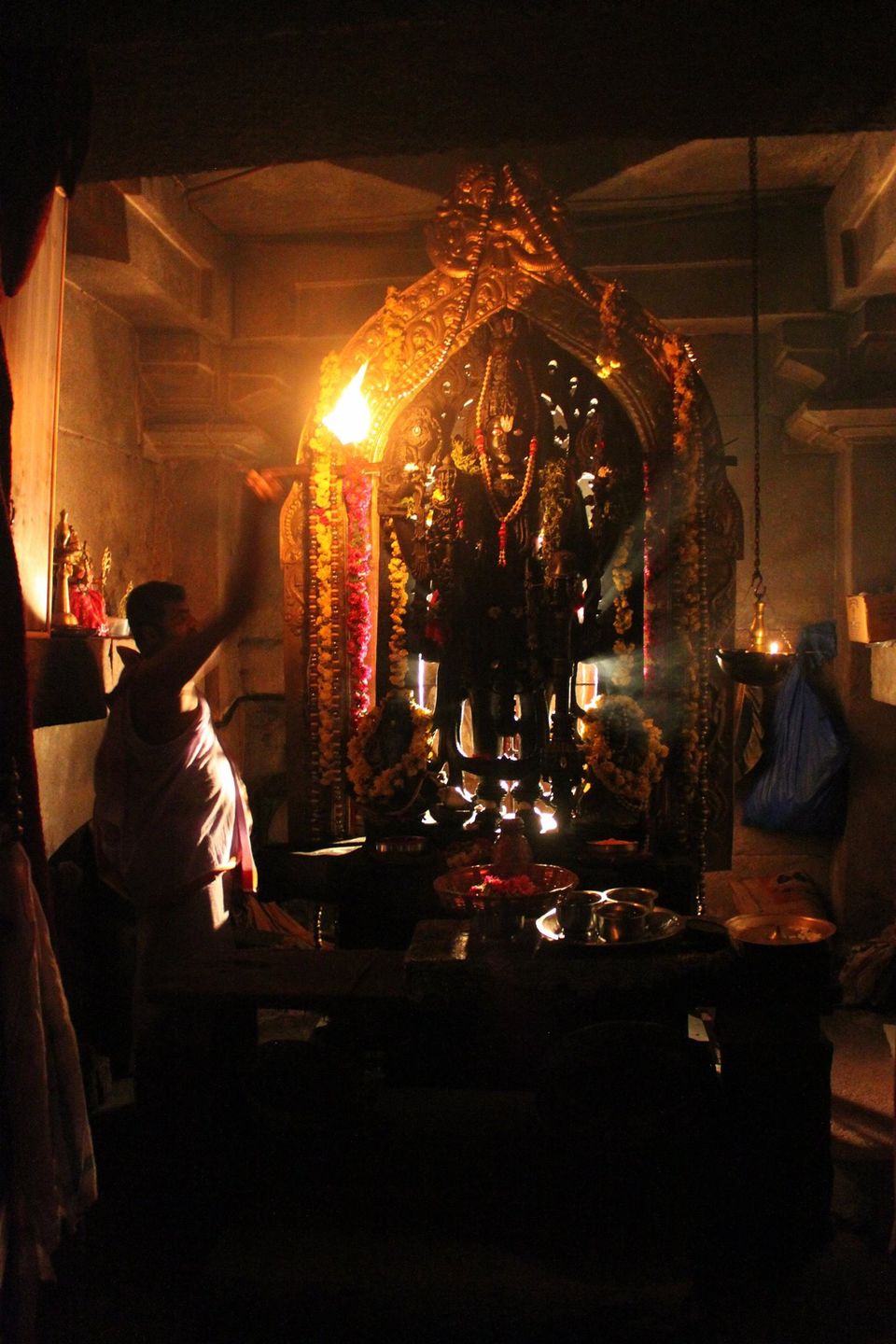 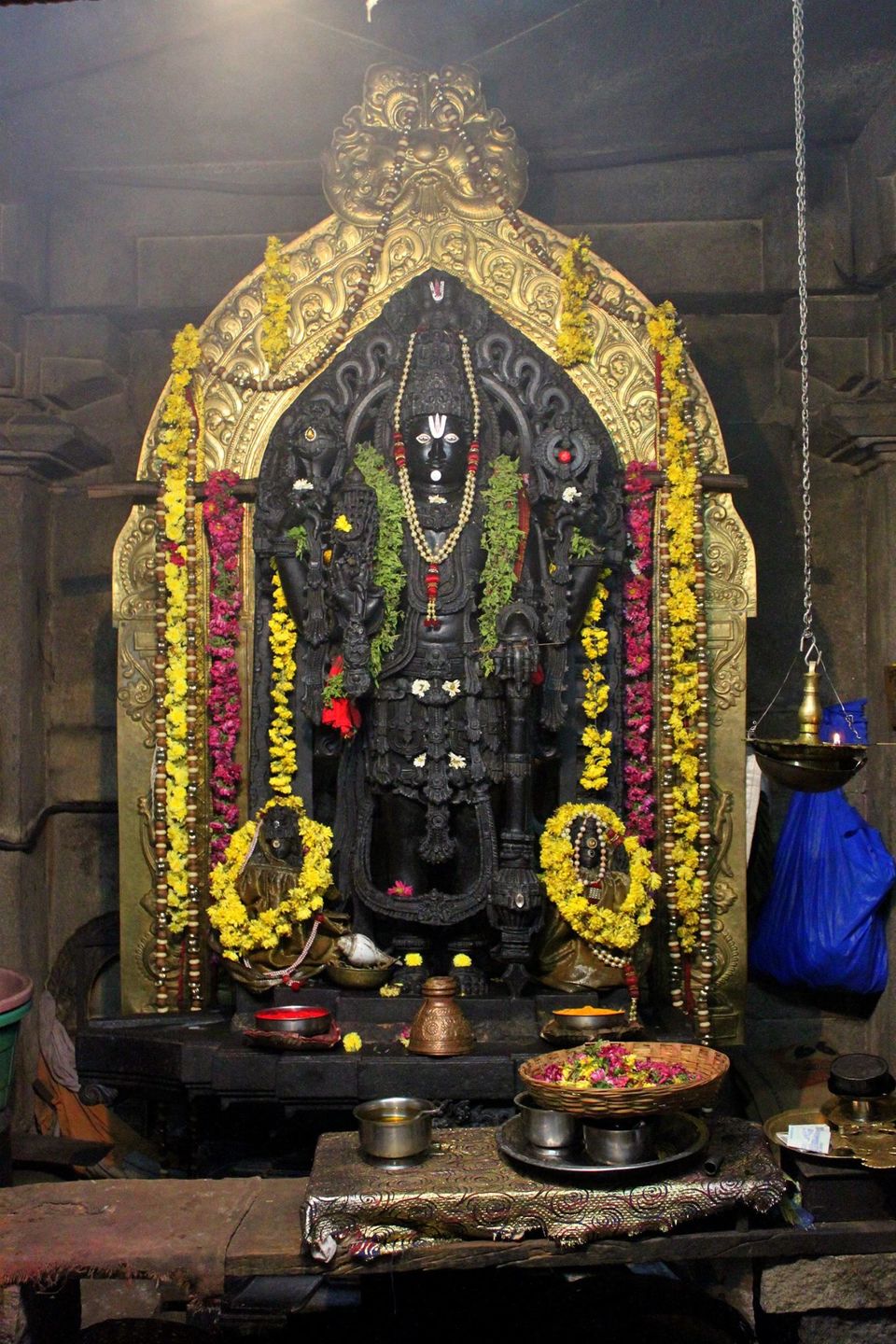 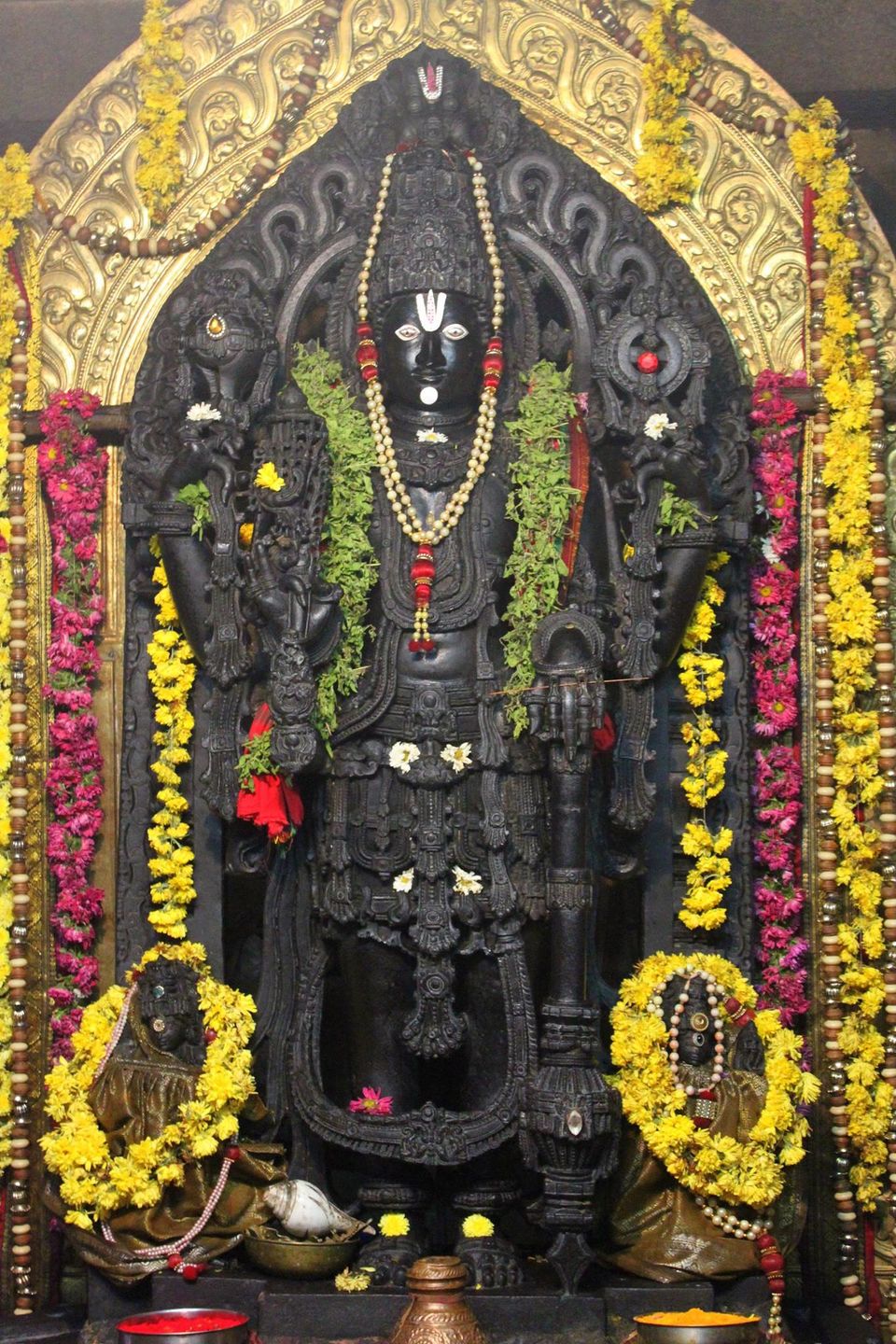 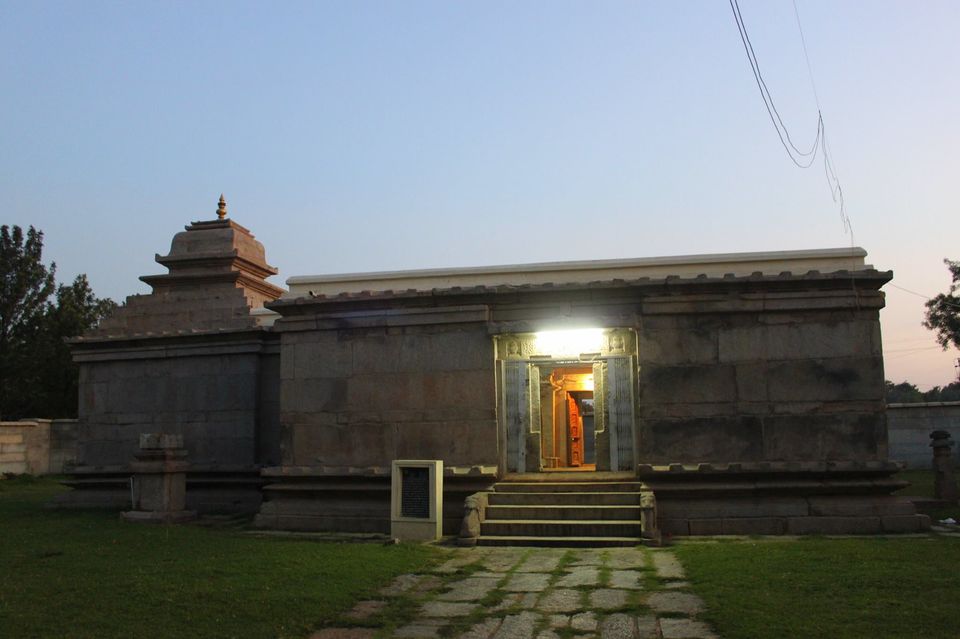 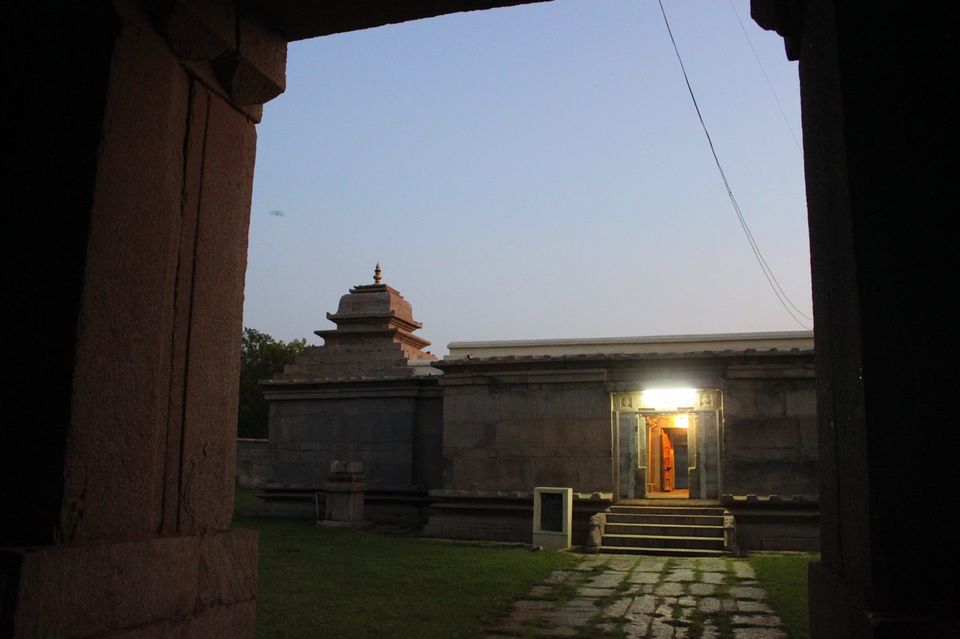