It is said that London is an urban anomaly in the United Kingdom, for its cultural diversity and fast-paced lifestyle remain unparalleled. But every now and then even the urban dweller yearns to press the pause button.

While I too would indulge in the all-too-dreamy European destinations that my newsfeed is flooded with as we approach peak summer season, my passport makes the EU anything but easy to travel to. Even pre-Brexit.

So, a few weekends ago, I decided to take advantage of the UK's travel destinations, and landed up on a bridge running across the river Cam. 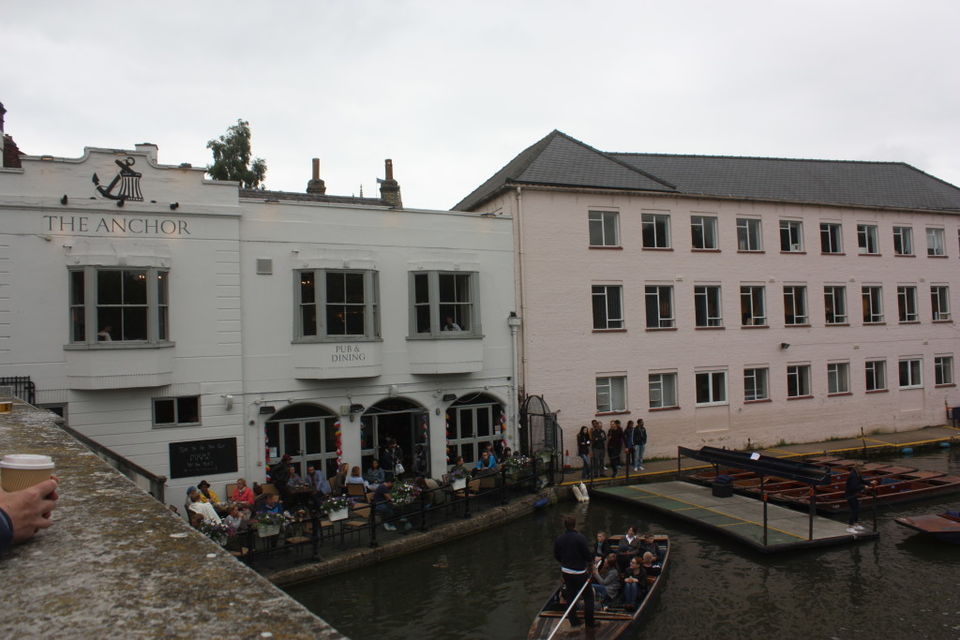 It turns out that the etymology of Cambridge is just one among the many quirky anecdotes etched into the campus and its illustrious history.

As one would expect, the colleges are the main attraction of the town. A school friend, who I was visiting and staying with, claims that she has been to the residential area a handful of times in the last four years. Mostly to meet professors who live there, she adds.

While having a local is always the best way to explore the city, in Cambridge there's a rather significant benefit for your wallet, which is that you can visit all of the colleges completely free of cost. Of course, if you don't have that option, I would definitely recommend seeing Kings for its Chapel, Queens' for its Old Hall and St. Johns for the Bridge of Sighs. 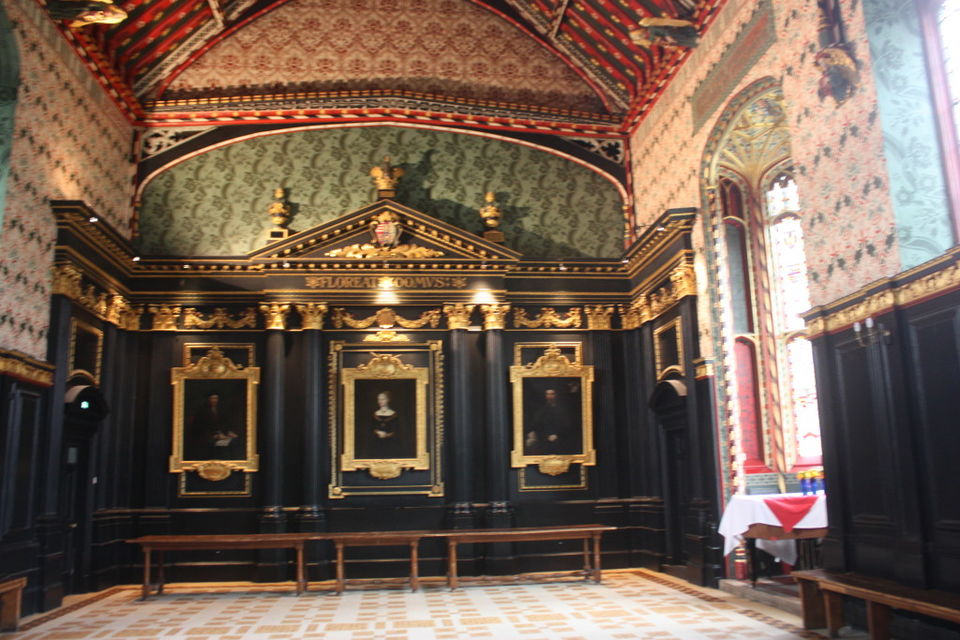 To make college hopping a memorable activity - which is difficult, considering that after a point, all the quads start to look the same - intersperse it with exploring the external environment. 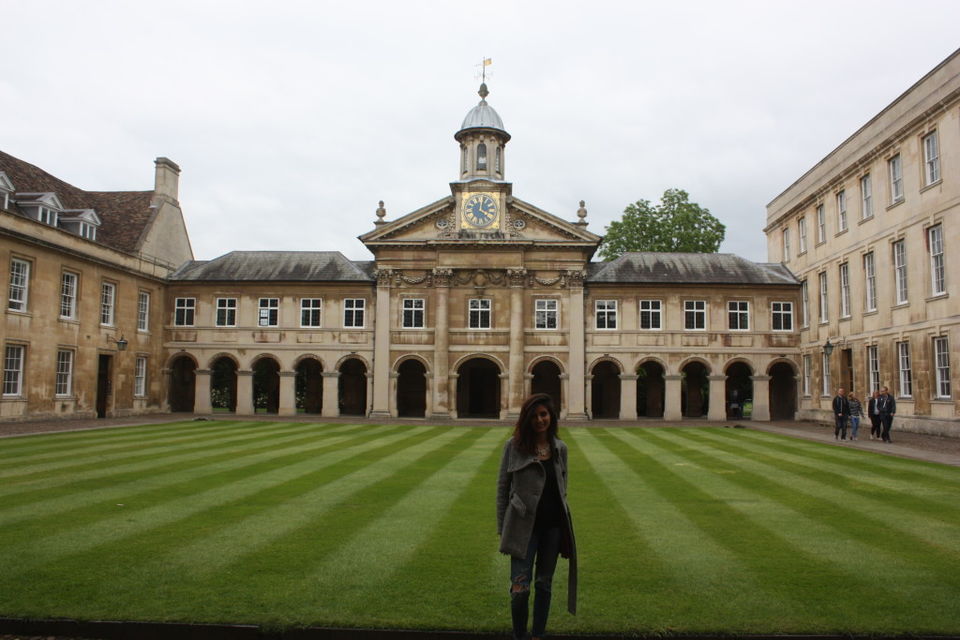 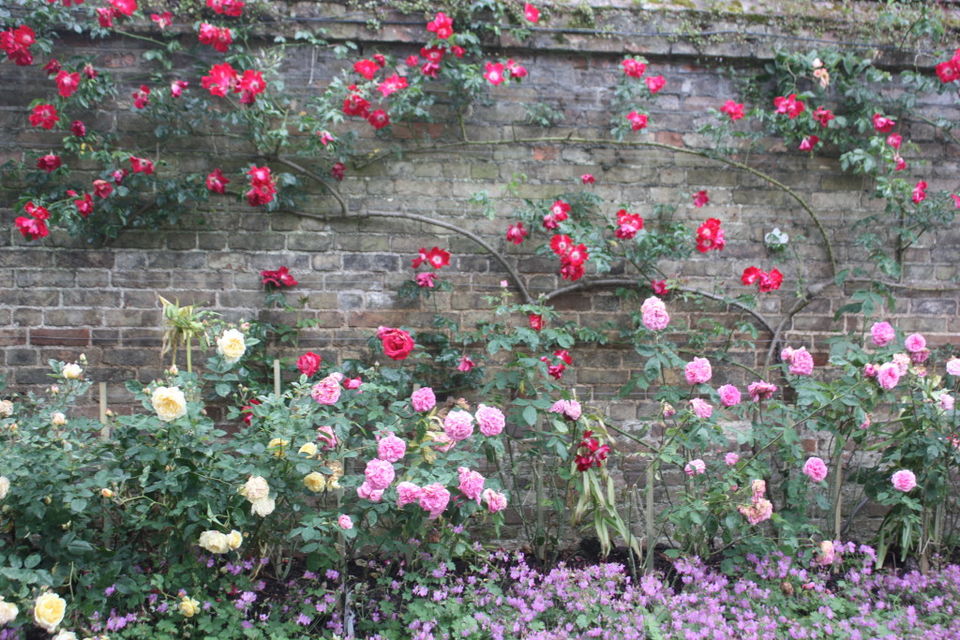 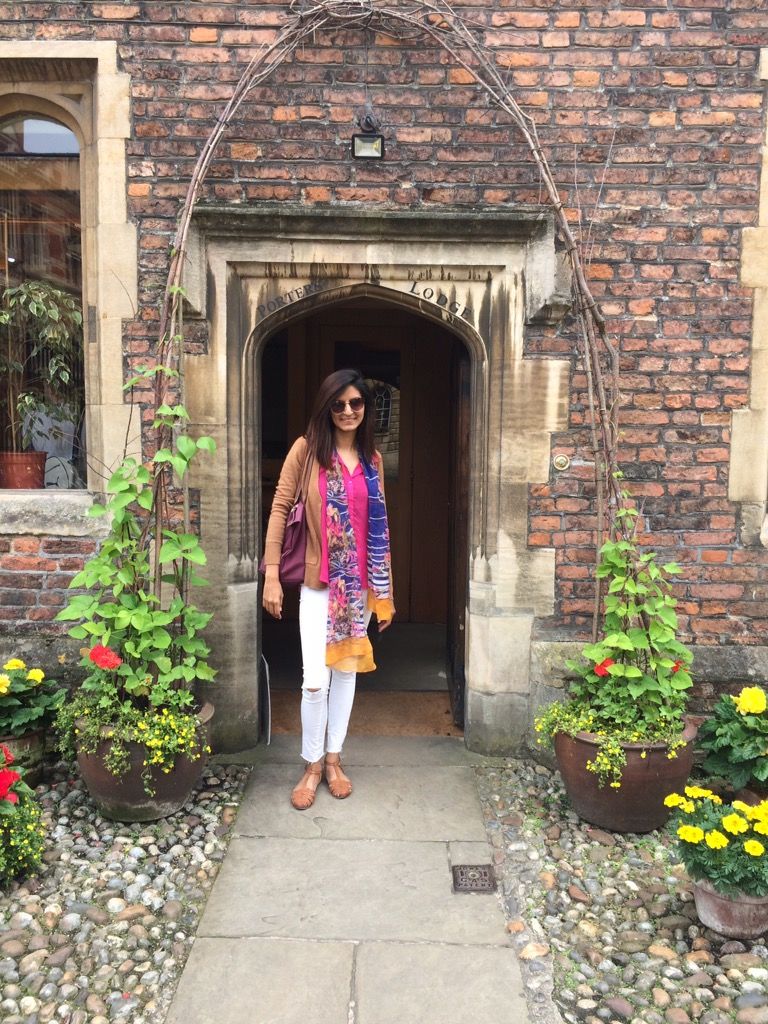 Kings, for instance, has the famous Fudge Kitchen, whose fudge is... well, I went back three times to taste samples, so it would be unfair if I complained about it being a little too sweet. Instead, I'll just urge you to opt for the Dark Sea Salt, which my parents and I are still munching on every night ????

If you're a dessert fan then you'll be pleasantly surprised at the plethora of options that Cambridge has to offer. In addition to a bunch of Candy stores, which felt straight out of Harry Potter, but way too crowded to actually choose anything, there's Six, which is a quaint ice cream parlor that freshly churns out 6 new flavors each day. As quirky as they sound - from chocolate with cracked pepper to Vanilla and Tarragon, which I did devour, they're worth the experimentation. 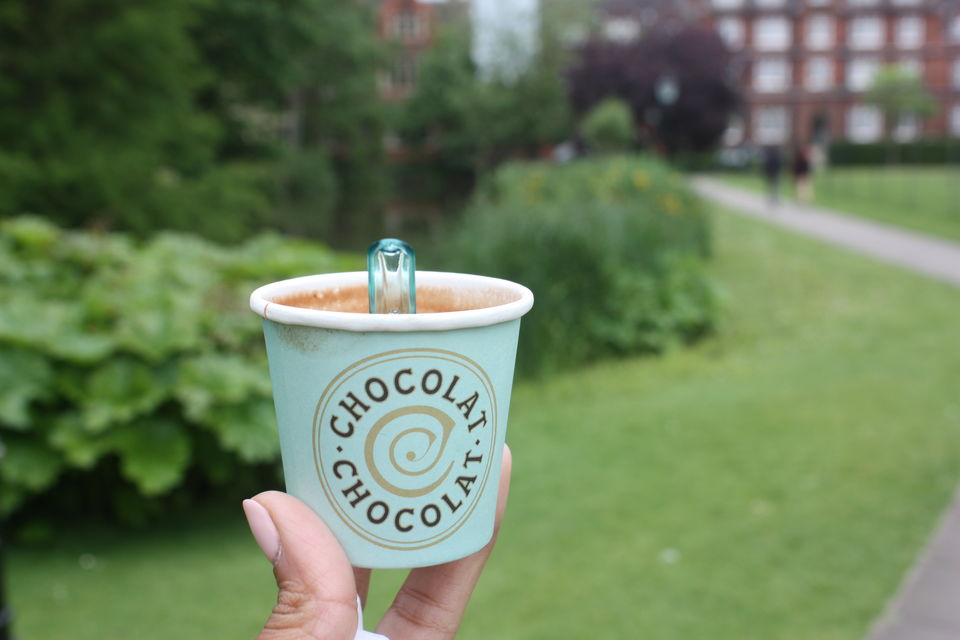 Chocolat Chocolat is another charming store that sells - as you may have guessed - all things chocolate. But there's a limit to how many desserts even this sweet tooth can handle, so I settle for the chocolate shot, which is a deliciously rich concoction of warm chocolatey liquid that accompanies me on my college tours.

Kings is a must for the postcard image of Cambridge. Although the chapel was under renovation, we were able to revel in some of its exquisite interiors and stained glass. 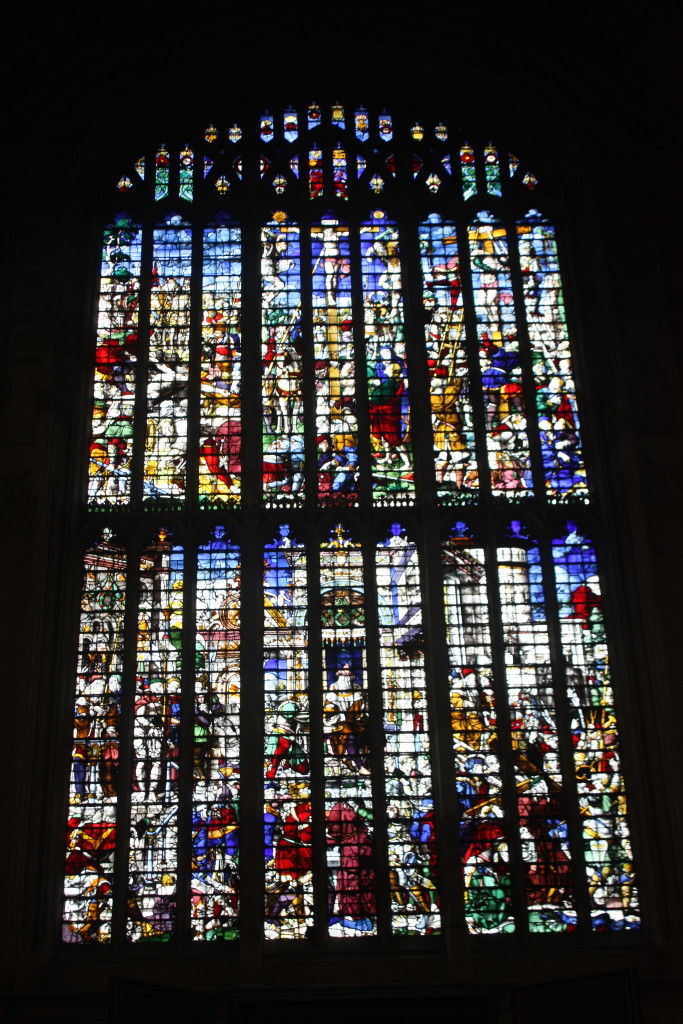 St. Johns offers a good recreational spot by the riverbanks. Of course when it's November-like weather in June, you can bet that it is rather deserted. A quick run by Market Square, however, makes for a light dumpling lunch - and relief from all the sweets I've gorged on - while admiring the intricacy of the dormitories and watching the punts go by. 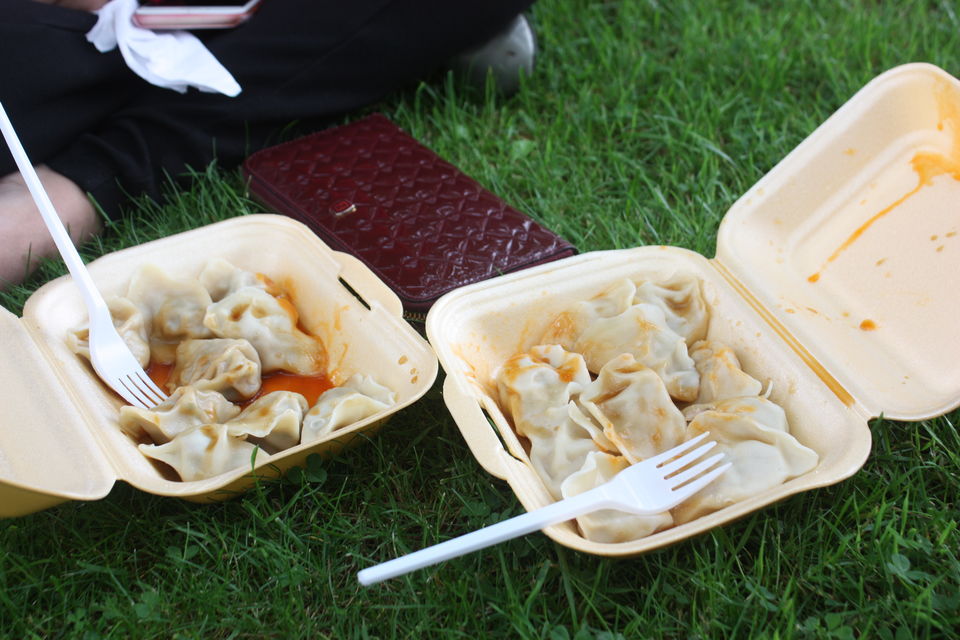 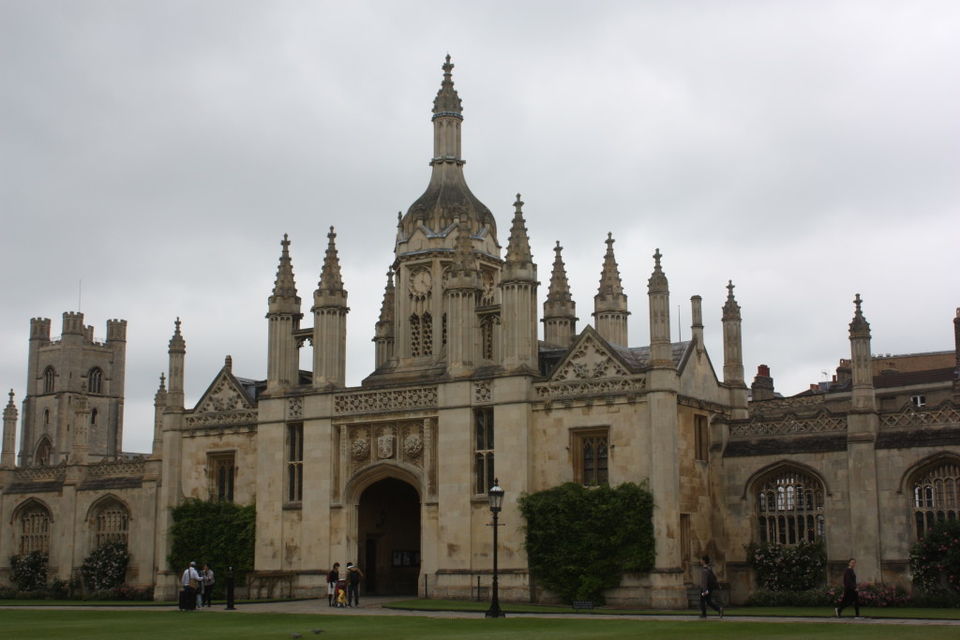 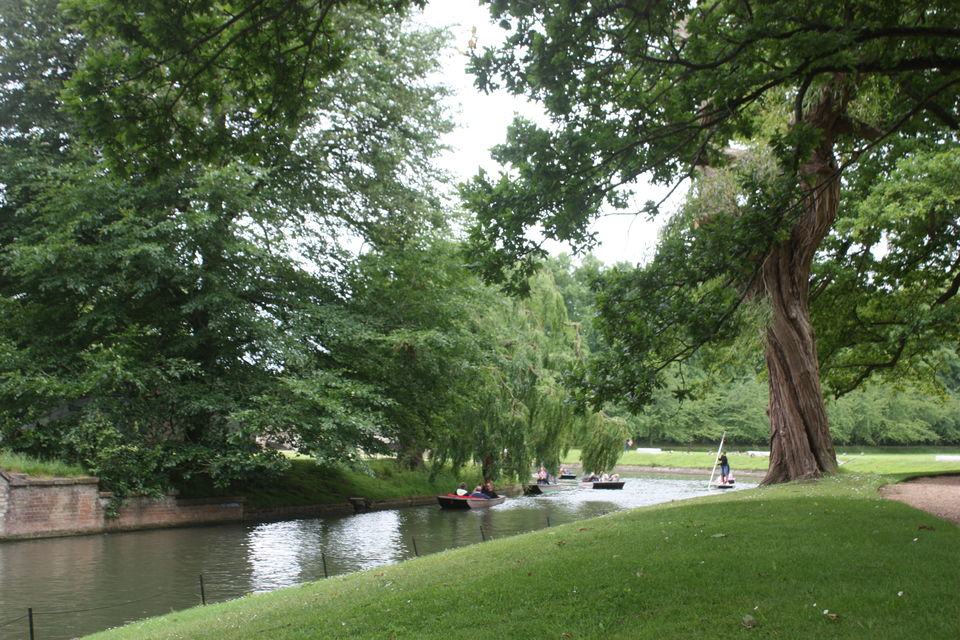 Punting is another quintessentially Cambridge activity. For those who don't have the privilege of being personally toured by a Cambridge student, a guided punt may be your quickest, and cheapest, route to viewing the different colleges, and learning about their history. Of course, it's a different story if you actually know how to punt, because that will in all likelihood work out more cost-effective - especially if you're in a group. 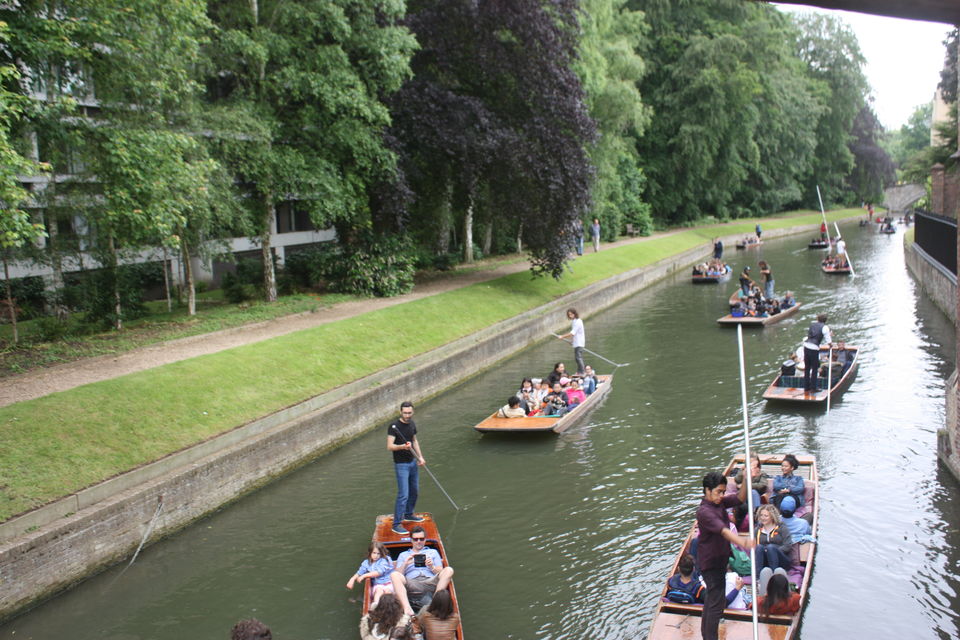 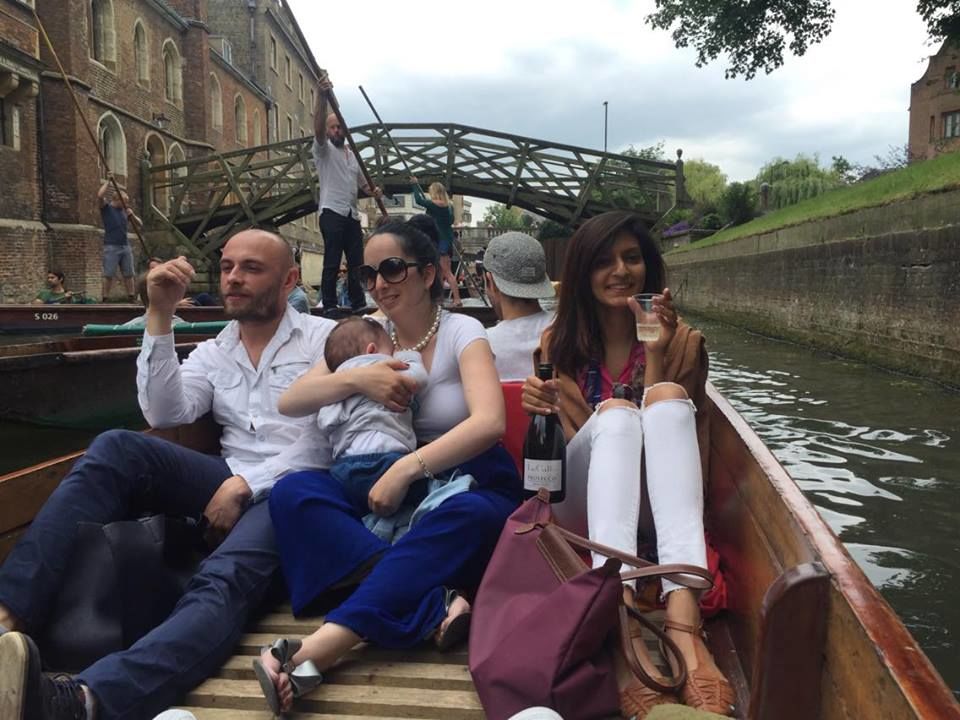 Either way, be sure to pick up some bubbly for the journey - another quintessentially Cambridge activity (and you know what they say about being in Rome). If you board from Bridge Street - which you should, because the alternative, which is Queens College charges higher rates - there's also a Wine Merchant there. So, really it works out all too well. 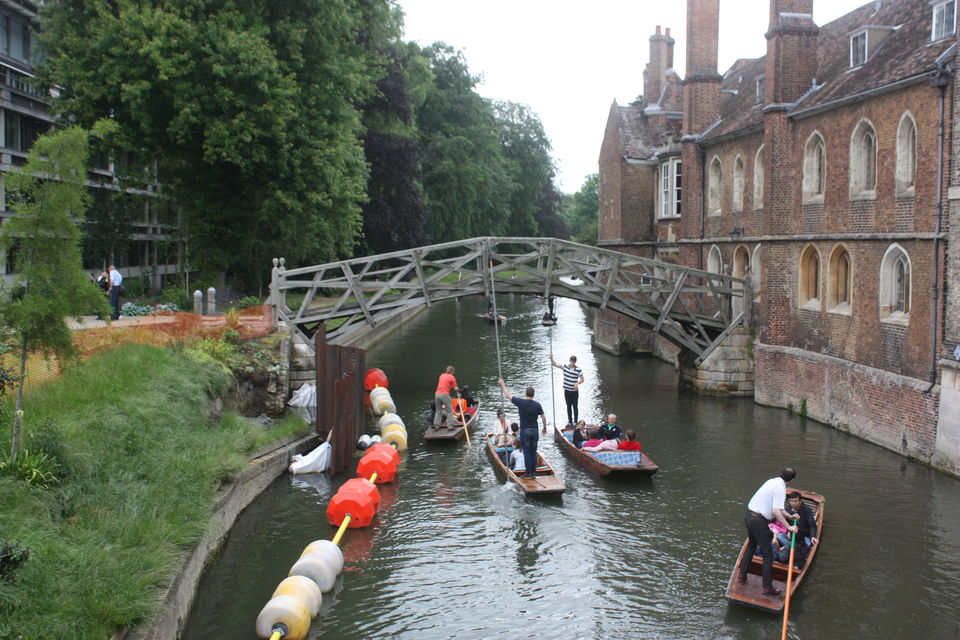 The Mathematical Bridge running across Queens is another architectural marvel, with less speculation about the story behind its name. Since Math is obviously not my strongest subject (what a stereotypical writer, I know), I had to shamelessly reread what makes it such a masterpiece. Turns out it's the tangential arrangement of timber that triangulate the structure. If that still doesn't make any sense to you just remember, this is Cambridge.

On that note, be prepared to casually walk past the Eagle Pub, where... wait for it... DNA was discovered.

While we're on the topic of pubs, if you're passionate about pub-food, I would definitely recommend Granta, which happens to be the former name of river Cam, and also serves the best fish and chips I have eaten in the UK till now. Yes, I know that's an extremely grand statement to make for a foodie who has lived in London for almost a year. But I'm picky about my fish and chips, which could also be why I haven't eaten them that often. Either way, I can definitely vouch for these.

For a café that's a Cambridge classic, Fitzbillies is the town's old-school bakery that serves artisan coffee and whips up a good English Breakfast. Although the pastries look good, I decided not to overdo my dessert trail. So, for now it's on my list of to-do's during the next visit. With a long summer ahead, and no Schengan visa in hand, that may be sooner than I think ????