Dudhwa National Park is a classic example of tourism potential that the state of Uttar Pradesh has and how less it has been explored and worked up. All the big talk of making Uttar Pradesh a tourism hotspot seems like a distant dream at the moment.

We decided to visit Dudhwa National Park on a weekend as our trip could not be longer that two days due to work commitments. There are not many places which would have been possible to visit from Lucknow in such a short span so we zeroed in on Dudhwa .

We left from Lucknow at around 10 am in the morning as we had quite a late night previous evening.  We had booked our safari for 3 pm that evening and had hoped to reach just in time for the safari. The distance from Lucknow was around 240 Kms and in good road conditions , we should have been able to reach within 4 hours but being UP , the roads reflected the deplorable condition of the state. Thankfully , the initial 130 odd KMS went quite smoothly and the road from Lucknow till Lakhimpur was 4 lanes with bits and patches of under construction route. Further ahead the next 100 kms as we started on the Palia road, the road became narrower with only two lanes and most road in a poor condition. It took us more than 2 hours to cover the last 100 Kms

We reached Dudhwa National Park at about 3 15 pm thanks to lack of sign ways and hoardings during the last part of the journey. Generally as one reaches a tourist destination, there is a lot of advertisment and signage but not in this case. We headed straight to the booking office and asked for our safari ride.

Apparently, they have 7 dedicated vehicle for online bookings which are Tata Xenon vehicles that are larger and more comfortable than the gypsies. After getting our registration etc. done, we were informed that our vehicle has broken down and we shall be instead be given a gypsy at the moment. We realized the same was a cover up and when we asked them for a refund , they instead offered us a free ride next morning .

On this note we left for the Safari. It was beautiful ride in the evening. 60% of the forest is covered with Sal Trees and the heavy cover of vegetation did not allow sunlight to penetrate through the trees and it was very pleasant even during the noon with sun at it's peak.  We were given a female guide Nidhi who was sweet spoken and shared whatever knowledge she had about the flora and the fauna. The area of the part is roughly around 490 sq. km and the park is home to one of the finest forests in India with some trees more than 150 years old.

We started our safari at around 3 30 that evening which continues till the official exit time of around 5 30 pm. There were no signs of the ever elusive big cat that evening and being such a wide spread forest , the chances are always less and especially during winters when the vegetation is dense and grass long and thick . We did spot the state animal of Uttar Pradesh - The Barasinghas . Apart from that , the spotted deers, and even the Barking Deer.

As we could not get a accommodation in the government rest house, we had booked an Oyo Property our there - Tiger Den Resort. Upon calling them up, we were told that they do not have any tie up with Oyo and we were told that we will need to make the booking at the spot. Apart from the government guest house, there are only 3 properties in the vicinity of the park - Tigerhino, Jungle Lore and Tiger Den . Going forward, I would only advise visitors to make direct bookings or confirm with the hotel as one can be left stranded with limited choices especially if booking through Oyo. Finally, we were a able to come to a conclusion with the Tiger Den manager and he agreed to take us in at higher cost but we being limited by choice, could do nothing.

Tiger Den as were told was government property and now has been leased out to a private player. Much of it is still under construction. Rooms are spacious and modern with balconies but nothing exquisite about them. Best part was the food, which was lipsmacking and the cook made amazing chicken curry. They can even arrange for Bonfire if you want to relax in the huge garden area which at the moment is not that well maintained. They make arrangements for your driver and are happy to provide them meals. They have TV's in the room but unfortunately they were not  recharged. After having our dinner, we went in to bed early that evening as we had a long day and had to get up early for the morning safari again

We woke up by 5 45 am and instantly knew we were slightly late. We quickly dressed up and left for the Safari start point. We were there by 6 15 am and met the person at the booking office who had assured us of a complementary ride. Today, we got the Tata Xenon as they were bigger and more comfortable.

There is something about Safaris that make both the morning and evening ones special in their own sense. Even if visiting the same forest, it is always a pleasure to do a morning safari and one evening one. The same forest and flora/fauna feel so different at these two times of the day. Even though our luck did not change much as compared to the previous evening safari, we had a good time . No tiger was spotted again, but this time we did get to see some fresh pug marks and a couple of teams did indeed manage spotting the big cat and even the rhino. For those unaware, Dudhwa is only the second place in India after the Kaziranga National Park where Rhinos are to be found and have been kept at a breeding center. There are roughly around 35 rhinos here according to our guide. This time our same guide Nidhi took us to a different part of the jungle where there was a guest house which has 4 rooms but can be booked only Offline. Then she took us near the river . We were again not very lucky but were happy to spot a family of wild boars and some Elephants apart from the deers .

We got out of the gate by around 9 30 and and we're headed towards our hotel when I saw a milestone saying Gauriphanta - 25 KMS. I knew that Gauriphanta is the border town of Indo Nepal Border. My wife immediately agreed and we headed towards Gauriphanta. It was a single lane road with canopy of trees on both sides and infact we were traversing Dudhwa National Park and this was nothing less than a forest safari. The road surprisingly for 20 odd KMS was perfect. Only the last 4-5 KMS of the stretch was bad. We reached the border in less than 45 minutes. one just needs to do a couple of entries at the Indian side and is then ready to enter Nepal. We entered Nepal and there we needed to take a form called 'Suvidha' if we intended to stay just for the day which we did. We did not have lot of time at our hand and with mobile signals gone, it was difficult to find the routes. We stopped at a local Ban Devi temple on the way and then went to the Dhangudi market to see what the Nepalese town has to offer. After roaming around aimlessly, we decided to head back to our hotel.

We reached our hotel by 1 pm where breakfast awaited us. After getting done with the breakfast and our packing, we were all set to leave for Lucknow along with short beautiful memories of Dudhwa. 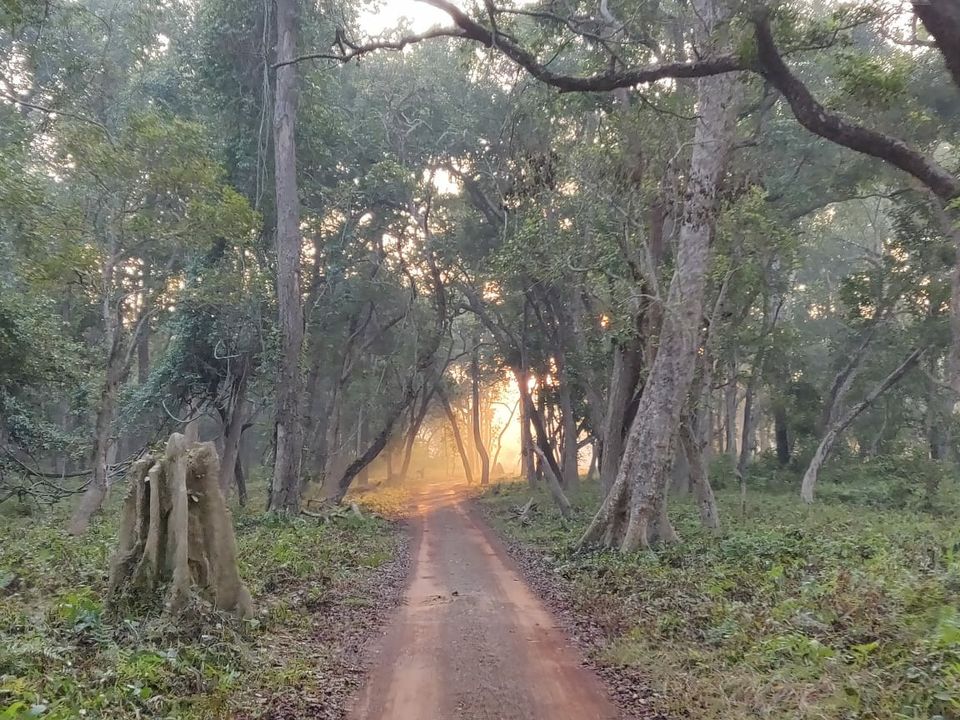 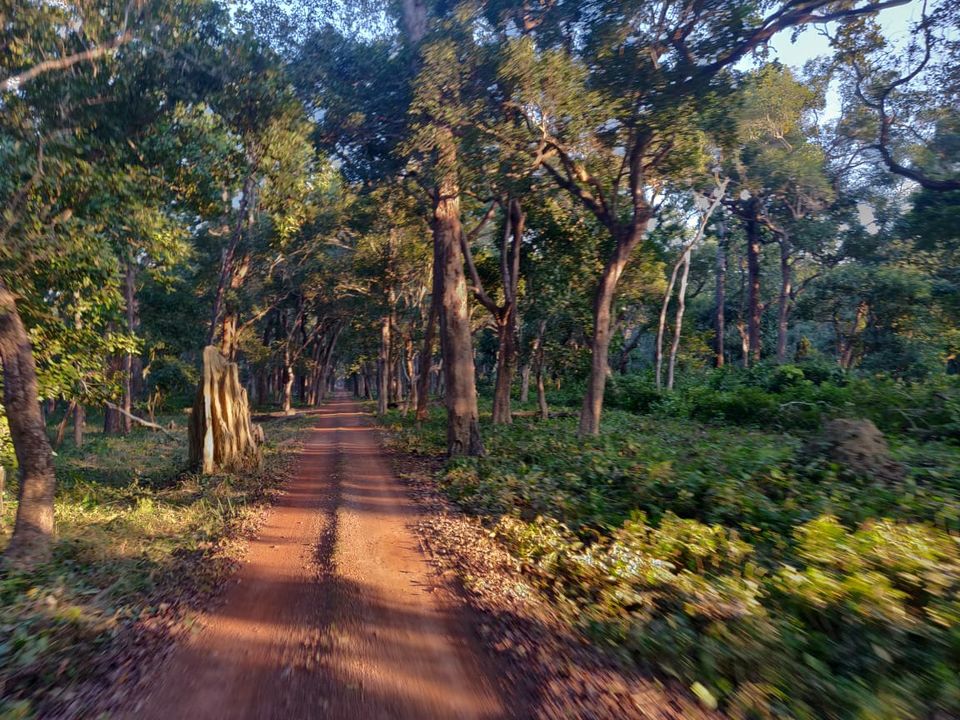 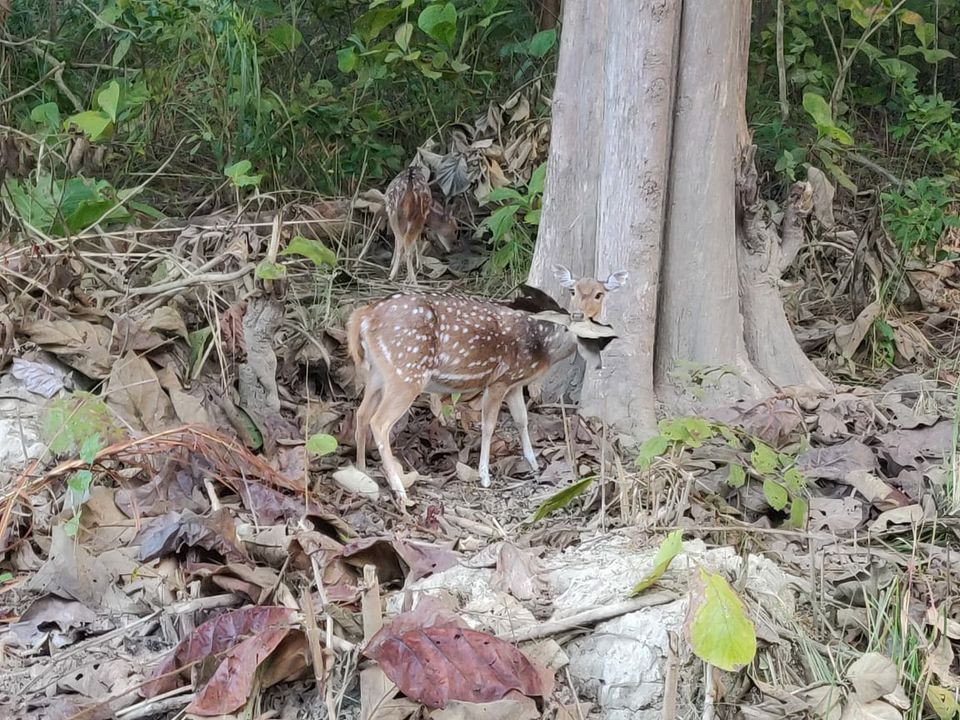 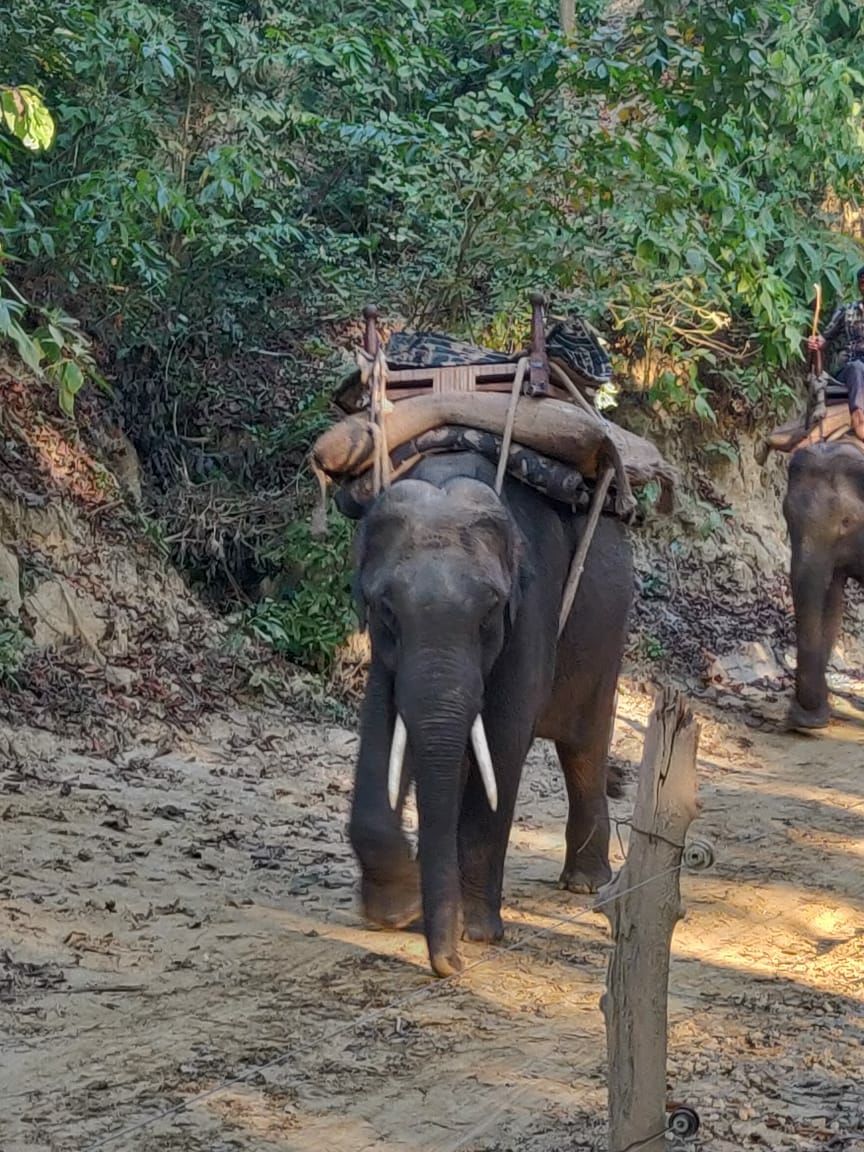 The Beautiful Morning Most and Sunrise 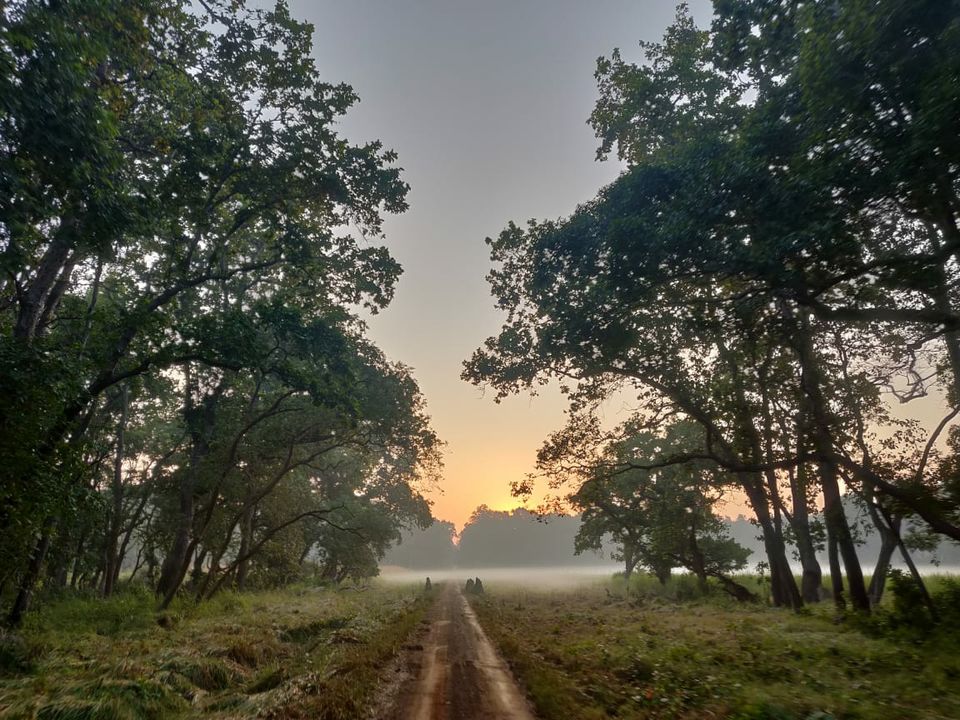 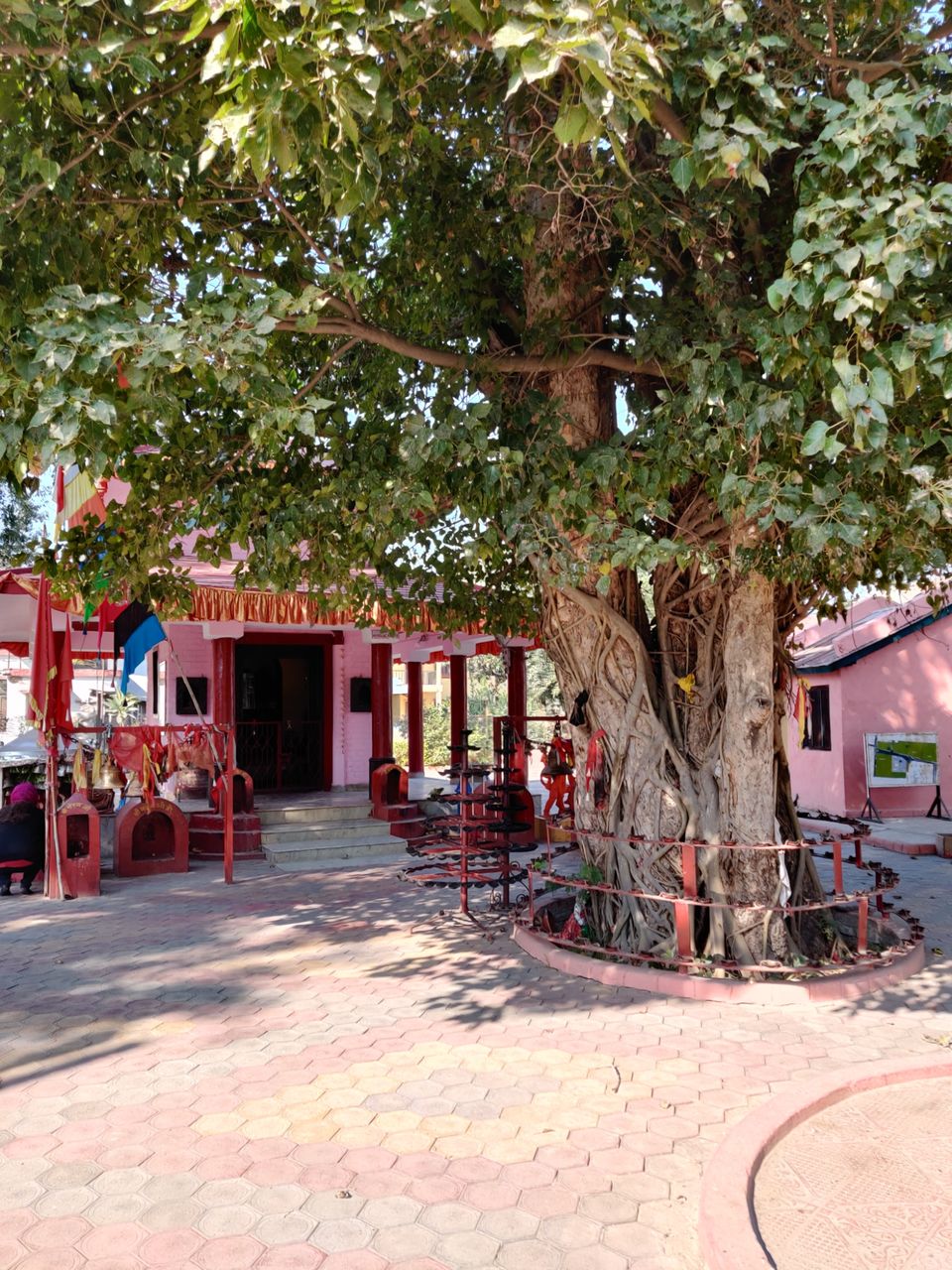 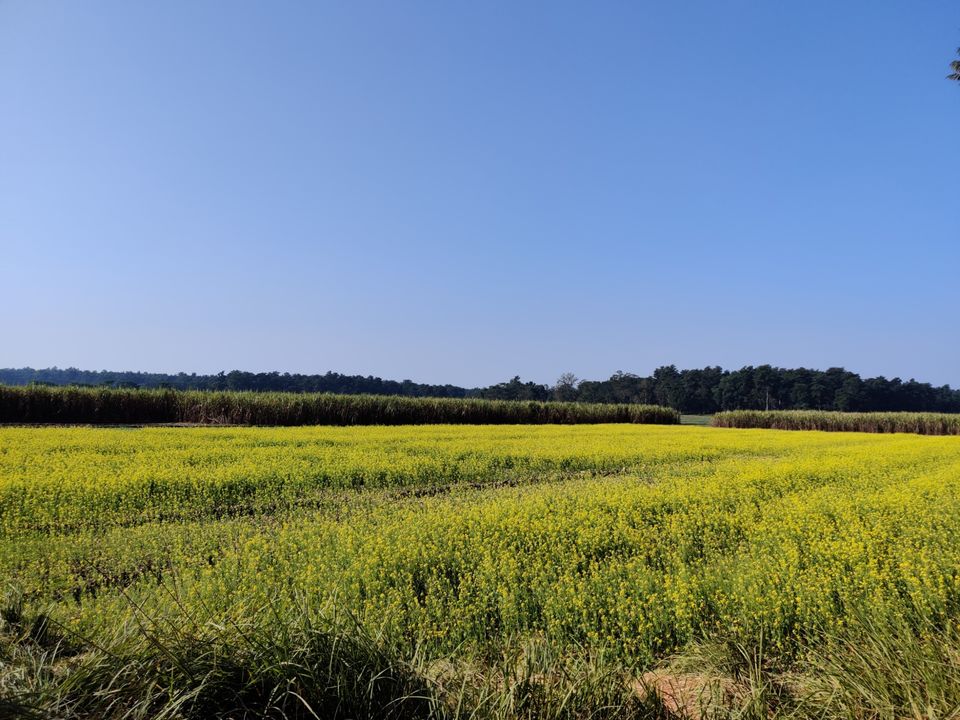 Our Tata Xenon which is available only from Online Bookings 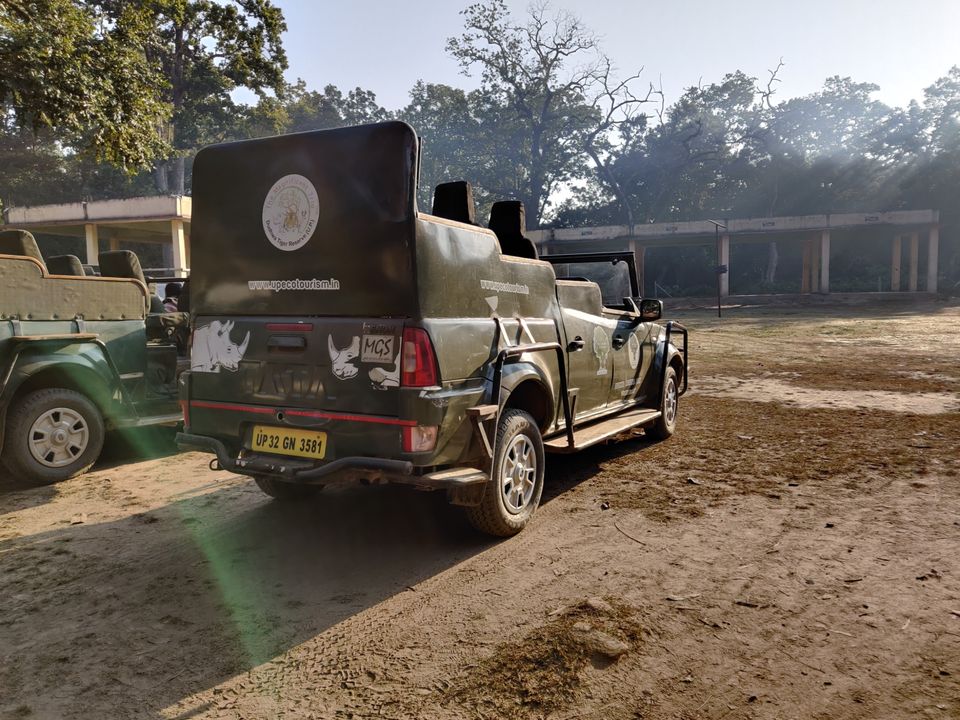 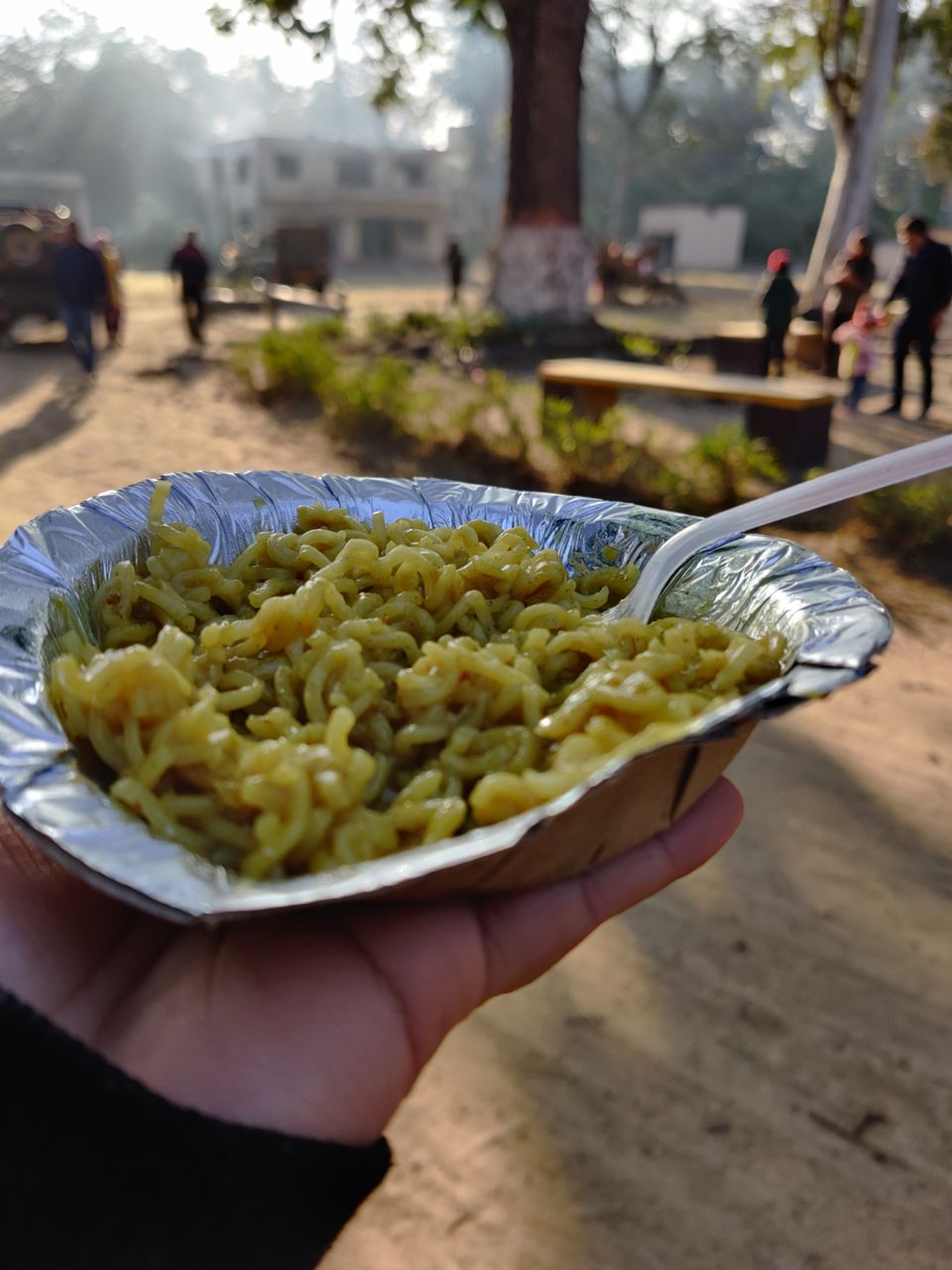 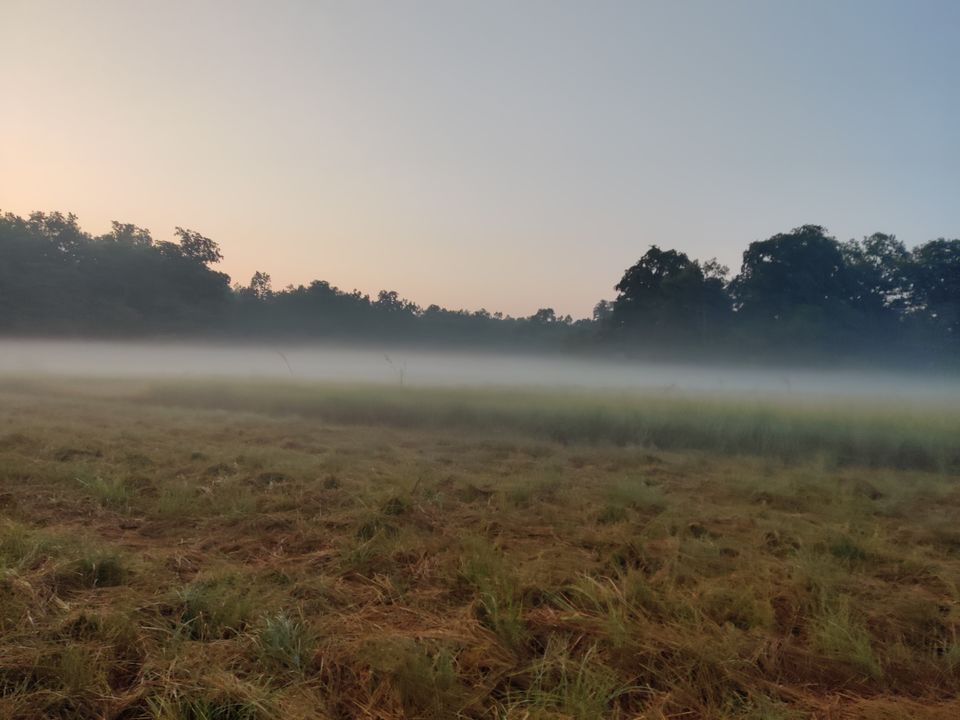 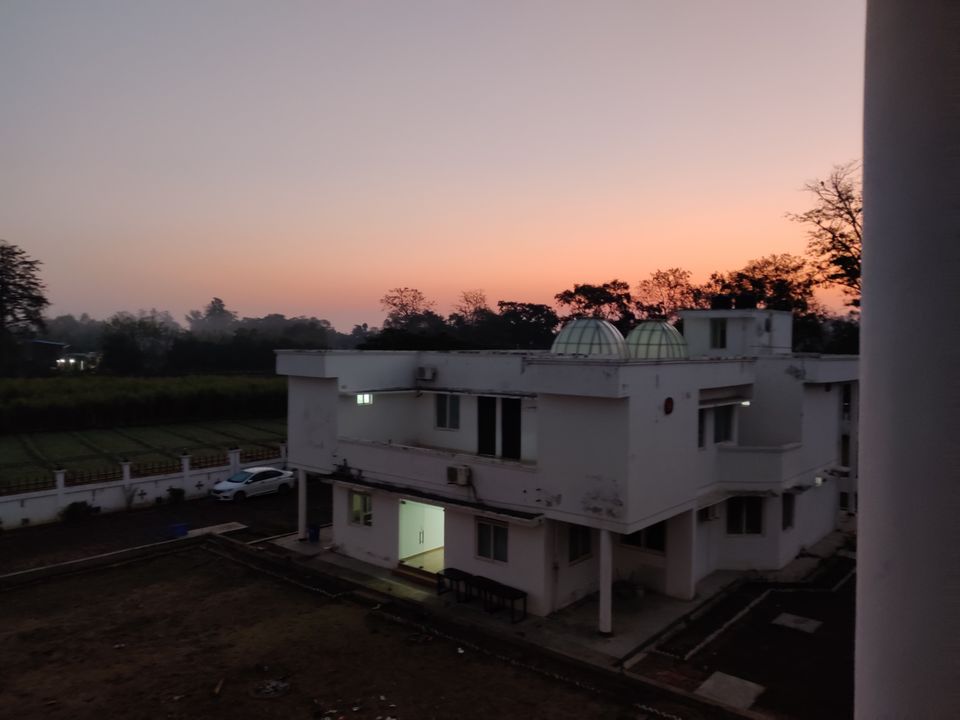 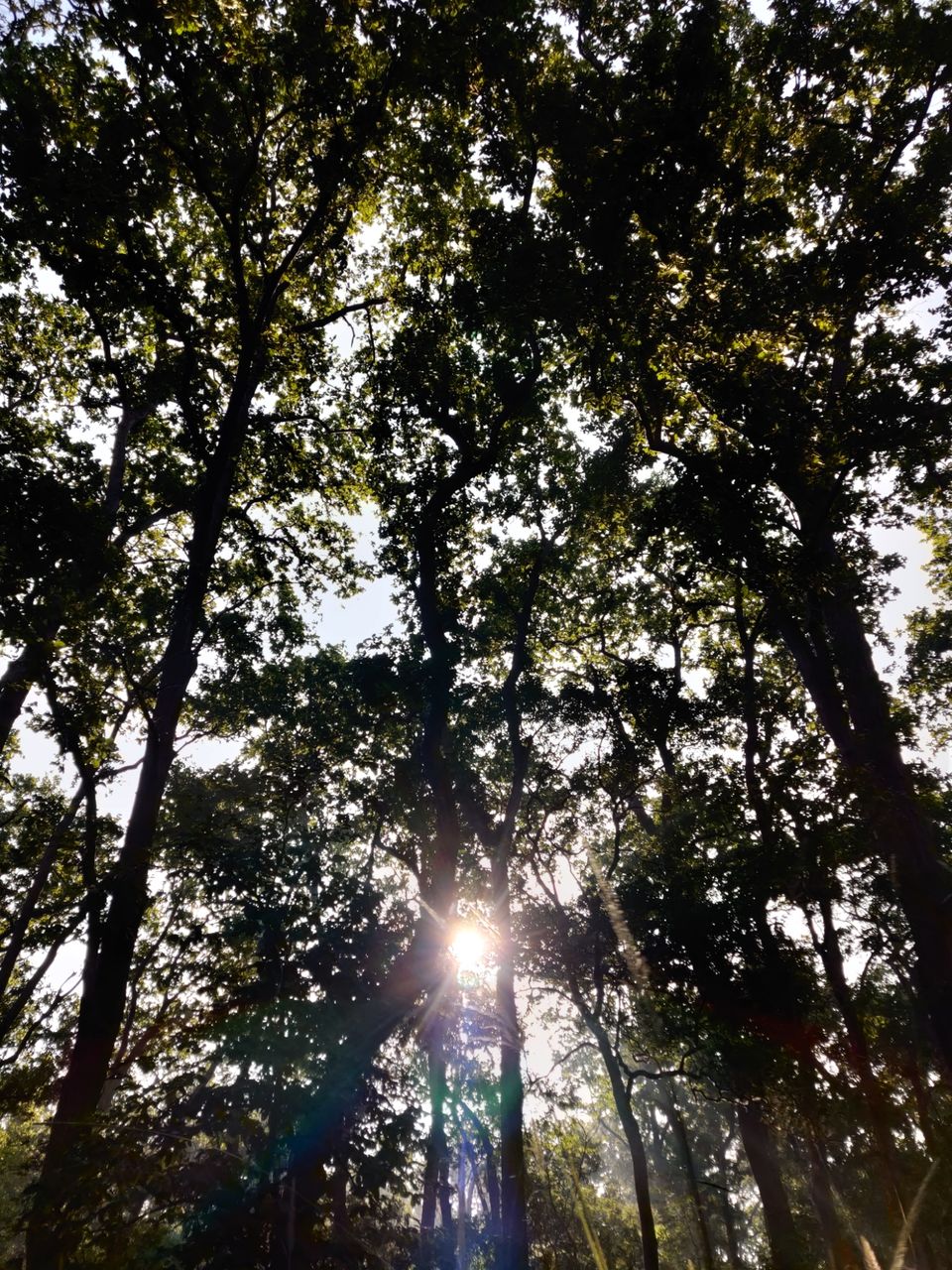