The Call of the Wild at Dudhwa National Park

View from the Watch Tower: A distant crocodile 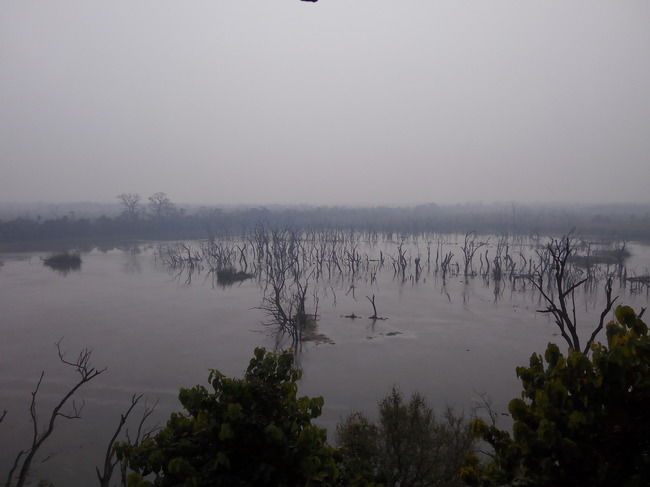 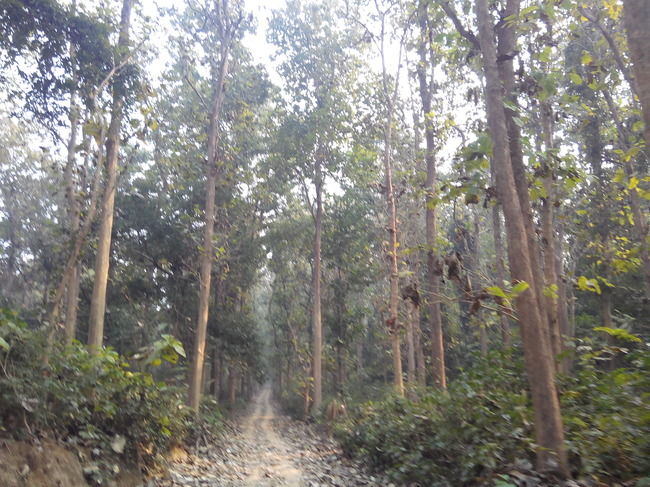 Home of the termites 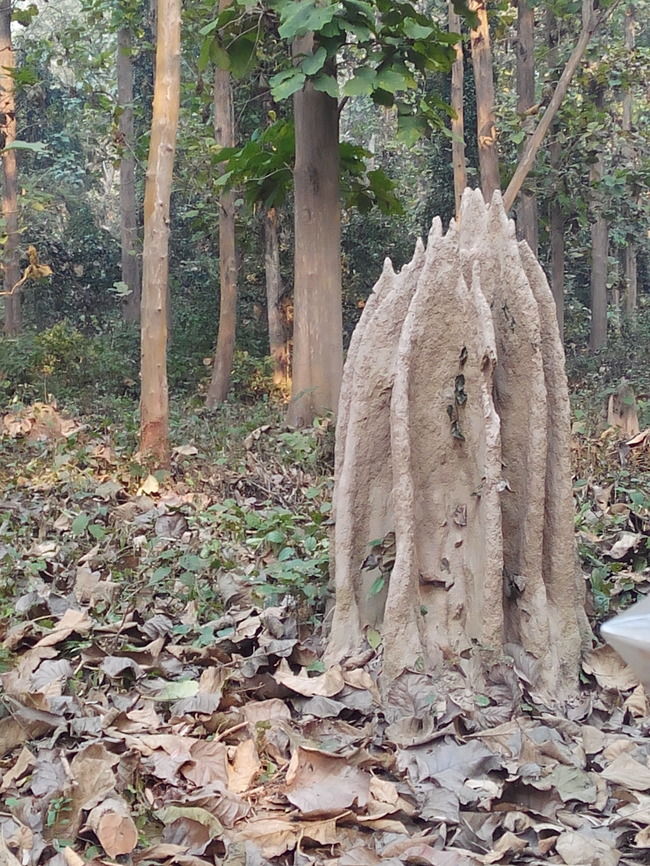 From forests into Grasslands 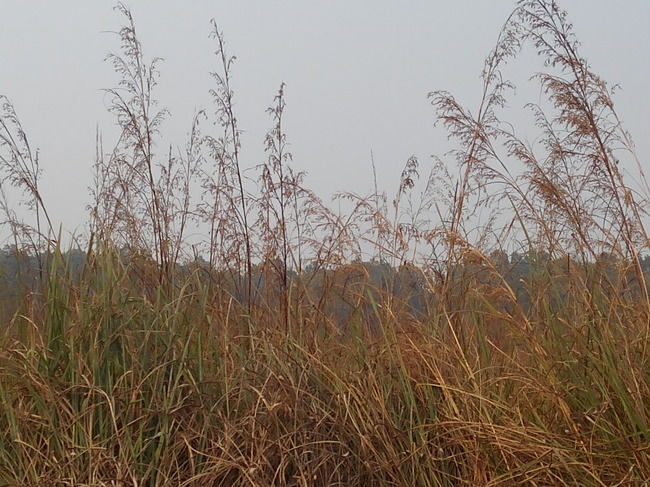 Sun rays seeping through the foliage 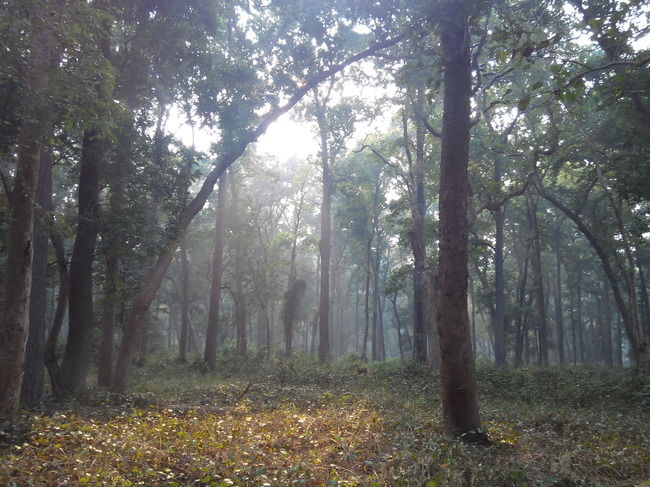 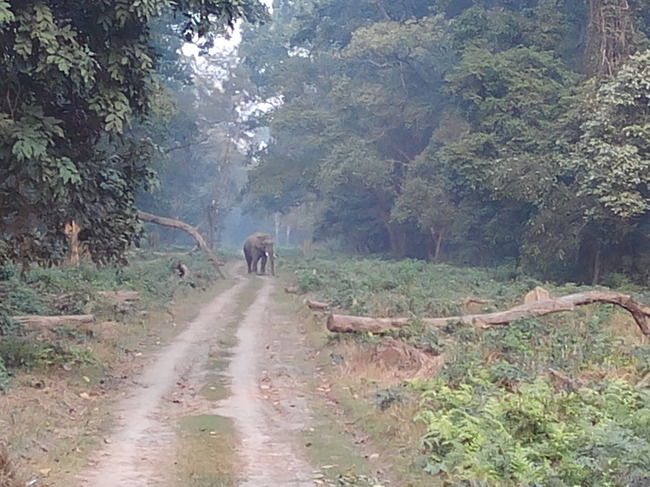 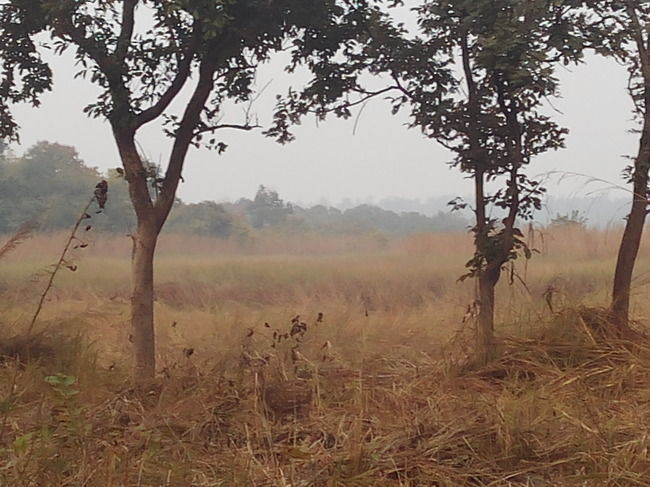 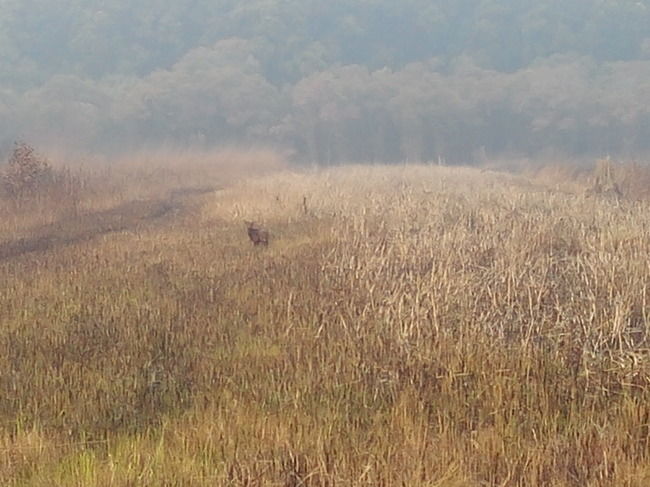 The sight of the fallen leaves carpeting the forest floor and the canopy of trees overhead evokes a sense of abandonment from the material world. The silence is music to ears hammered by the constant sounds of the city- blaring horns, jostling people, vendors selling their wares....As soon as one enters the forest, it is like entering an entirely different world. Welcome To Dudhwa National Park!

An official tour took us to the sleepy little town of Shahjahanpur. But it was curiosity and a desire to break away from city life that lured us to Dudhwa National Park, a mere 125 km from Shahjahanpur, just a 3 hours drive away. On reaching here, we had lunch in their canteen( a very reasonable Rs. 200 for two people), walked around a little, spotted 3-4 deer lapping up water from a small puddle. It was a little surprising to see deer in an area inhabited by humans but a local kid informed us that animals often crept up to the rest house, even tigers! We had some time to kill till 3 PM when the safari at Dudhwa National Park would start, so we climbed up the(broken) watch tower. At the top awaited a splendid view of the water surrounding the park, with the ghostly limbs of the trees rose up from the foreboding grey river, giving it a mysterious aura. In distance, we could barely make out a crocodile sunbathing.

There is also a small museum at Dudhwa National Park which gives information about the flora and fauna of the park and has some very interesting models and specimens. One can spend some time looking at the Rhino and Tiger which stand guard there(stuffed of course!)

At 3 we booked ourselves a jeep(costing about Rs. 2000 for two people). Our guide informed us that elephant safari at Dudhwa National Park was only available in the morning from 7AM to 10 AM for visiting the Rhino area. Dudhwa National Park has a special area dedicated to Rhinos where they are protected and conserved. Our guide told us that we had to exchange 16 elephants with Nepal in return for 1 Rhino!(Don't know how far it's true).

Inside the forest at Dudhwa National Park, not even a leaf stirred. It felt like we were creating havoc, with our loud voices and humming vehicles. We saw majesti termite houses, which look as though they are made of wood. The teak trees have been artificially planted while the Sal trees form the natural vegetation of the area. We spotted some spotted deer, which frisked around playfully, walked with a lot of style, looked at us, posed for the camera and then bounded back into the bushes. We spotted langurs, and once we left the forest and entered the grasslands, we spotted hog deer(btw, only male deer have antlers).

But the most exciting spotting of the day was a herd of wild elephants crossing into the jungle. When we reached, a huge elephant with her (2 month old as told by the guide) tiny child were crossing. Another elephant was meandering around. Our guide told us that it was a miscreant and had been banished from the herd, because of its ill temper and its habit of causing problems for the whole herd. So it would follow some distance behind. The guide showed us some uprooted trees, informing us that the elephants had brought them down so that their children could eat without any problems(Again...the males have tusks while the females don't)

We tried to find a tiger at Dudhwa National Park, which had been spotted by one of the groups, but we weren't lucky enough to catch sight of that magnificent beast that day. We only spotted few more deer and in the end, a jackal. But animal spotting was only half the fun. The rest was the amazing experience of entering the forest and forgetting the world outside.

1. Where is Dudhwa National Park? The tiger reserve is situated in northern Uttar Pradesh.

3. Dudhwa National Park remains closed in the monsoon between 15th June and 15th November(exact dates of opening may be confirmed before going).

5. Dudhwa National Park booking of accommodation: Guest houses inside the jungle as well as in Dudhwa are available. Some of them can be booked from Palia, Lakhimpur or Lucknow. For a few rooms, online booking is also available. The guest house in Sonaripur doesn't have canteen facilities while the other guest houses do.

6. Saturdays and Sundays are quite crowded so getting turn for safari may take some time.