" The air we breathe and the water we drink stem from the biodiversity of the universal environment and its economics. The Tiger is at the centre of this truth. If it goes, we go"! ~ "Billy" Arjan Singh ~ 2000.

The famous hunter turned conservationist, found a magical spot on the bank of Soheli river, with jungle rising in a solid wall from an ridge on the far side, and a view of the Himalaya's! The edge of DudhwaTiger Reserve, he decided to settle at this place, as far from civilisation as he could!
He made do for a while with a grass hut, but later he built a long, low house which he called Tiger Haven, and there he remained for almost the whole of his life!

Born in Gorakhpur on August 15, 1917, three decades before India's Independence, the feisty 'Billy' as he was fondly known as, was a man ahead of his time. He was a living legend ; considered by some to be the very soul of the Indian tiger!

A result of Billy Arjan Singh's hard efforts is,
Dudhwa National Park with a unique terai-bhabar terrain, located in the fertile Indo - Gangetic plain, has emerged as one of the most vibrant wildlife reserves in the country with a rich bio diversity!!

The wilderness he saved from the press of agriculture!!

Nestled in the Lakhimpur-Kheri District of Uttar Pradesh on the Indo-Nepal border, which is defined to a large extent by the Mohana River, is all about wildlife, nature and diversity , a perfect getaway for nature buffs and wildlife lovers!

The place is not only home to animals but also varied species of birds nearing 400 that leaves you enchanted!

The sweeping alluvial plains of the area falls under the Terai ecosystem having a wide variety of trees, most notably the sal trees. Also known for other flora such as gular, shisham , jamun the park has large grassland as well as wetland areas.
Bulbuls, Kingfishers , Woodpeckers ,Owls, Barbets, Orioles and Bee eaters, Egrets and Hornbills, among others. The rare white-rumped vulture has also been spotted here. As many streams, creeks and lakes flow through the park, the place is home to several exotic and migratory birds too!!

Dudhwa Tiger Reserve is one of the finest tiger reserves, the place inhabits plethora of rare and endangered species Hispid Hare, Tigers ,Swamp deer, Bengal Florican, Leopards, Asiatic black bears, Sloth Bears, Rhinoceros, Elephants, Chital, Hog Deer, Barking Deer, Sambar, Wild Boar!
Rhinoceros were reared and introduced into the forests from nearby places like Assam and Nepal, and their populations have grown and thrived since then.
It is here one can also witness the spellbinding herds of Barasingha in the grassy wetlands.
The stupefying diversity, and incredible natural abode for birds and animals is nothing short of a bewitching experience!

To wildlifers in India, Dudhwa is Billy Arjan Singh country!! Long before the rest of the world had even heard of this amazing wilderness, Billy, a tough and determined man, chose to make Dudhwa his home with the express purpose of saving its tigers.

Billy believed that Tara's off - springs have reinvigorated the Dudhwa tiger population!
Tara was got from Twycross Zoo in the United Kingdom, by Billy . He hand reared her and later reintroduced her to the wild in the Dudhwa National Park with the permission of India's then Prime Minister Smt. Indira Gandhi.

At home, on the edge of the park, he began experiments with big cats, bringing up an orphaned male leopard cub, which he called Prince, and then two females, Harriet and Juliette. Never caging them, he allowed them the run of the house and its environs, his aim being to see if instinct would make them take to the jungle, and thus augment the dwindling wild population. Prince did just that, and Billy formed an astonishingly close relationship with Harriet, whom he loved more than any human. But to his great grief both she and her sister died prematurely, poisoned by local farmers.

A mongrel bitch came from nowhere, famished and forlorn,she was adamant to stay! Billy took her in and named her Eelie!
Eelie was a few months old and stayed for the rest of her life to become his inseparable companion. Along the way, she befriends and forms a special association with the three leopards which Billy rears at Tiger Haven, the leopard cub, Prince, and the twin sisters Harriet and Juliette. Later arrives the zoo-born tigress Tara, who returns to the jungle to produce her cubs by a wild tiger!

Unpopular for having helped put shikar companies out of business his life was mired in controversy ever since he reintroduced Tara, a hybrid, zoo-born tigress into the wilds of Dudhwa!

His greatest achievement was in shattering the myth that super predators couldn't be rehabilitated without parental care!!

With its fine sal forests and dense woody thickets that open abruptly into magnificent grasslands, the habitat has become one of India's most vibrant and exciting wildlife reserves – and one of the most vulnerable. An aura of mystery envelops you as you tread into Dudhwa! These are forests of the unexpected , where animals and species threatened across India continue to thrive and can be seen here even today!
It is also one of the best spots on earth to birdwatch!
The park is known for its aquatic avian fauna of swamp francolin, and different varieties of ducks, geese and storks, is a bird-watchers paradise!

Dudhwa is the heart of the most extensive swamp deer (Barasingha) ranges. In fact, it is Billy who originally triggered the barasingha conservation efforts here ! The fact that both predator and prey continue to be relatively safe in Dudhwa speaks volumes about the intricate relationship between predator and prey.
Among Dudhwa's successes is a small herd of Indian one horned rhinoceros successfully introduced into Dudhwa from Nepal and Assam in 1984 at the behest of the then Prime Minister, Mrs. Indira Gandhi.

Dudhwa plays a pivotal role in maintaining an ecological balance in the region and is a living example of the irreplaceable contributions of nature in the modernised world.
A visit to the Dudhwa National Park is thus adventurous as well as a treat to the mind and soul!

The Tiger man breathed his last at Tiger Haven on 1st January 2011 at the age of 93, in the year of the Tiger!!

A relative remembered: “Legacy is not easily defined. But we can say of Billy that he was a first and an original, a tiger explorer who built an entire life around a single cause.”

I sincerely hope that one day Dudhwa is named Billy Arjan Singh National Park,  it will be the greatest tribute to the man and his work!!

I was very fortunate to visit Jasbir Nagar in Palia, named after his late father Jasbir Singh. This was Billy's summer farm house a few kms from Tiger Haven, where Billy breathed his last!
Welcomed very warmly by the present owners, who have renovated Billy's house, without changing the basic structure and kept all his books, photos, his personal belongings including his, gloves, armchair, hat, boots,stick etc.
It was a dream come true, and highlight of my trip, I was able to visit both Billy's houses. My trip to Dudhwa was fruitful,  though I didn't see a tiger, I was able to visit the abodes of  The "Tiger of Dudhwa" as Billy was known!
All the books written by Billy that I had read and imagined about Dudhwa, were now reality!!

All so magical and wonderful!! I pinched myself was I dreaming or was it reality!!

Billy Arjan Singh has been laid to rest in Tiger Haven.
Recipient of several awards including the Padma Shri,Padma Vibhushan, Paul Getty and Golden Arch.

Due to the Soheli river inundating the nearby fields and area of Tiger Haven, the lower portion of the building has been sealed and closed off with mortar!

Safari in Dudhwa National Park are according to winter and summer time.

For safaris, personal vehicles are not allowed and only registered vehicles or gypsies are permitted.

Dudhwa National Park is 6 hours away from
Lucknow by car.
Trains from Lucknow to Mailani are also available.
By air fly to Lucknow and then proceed by car. 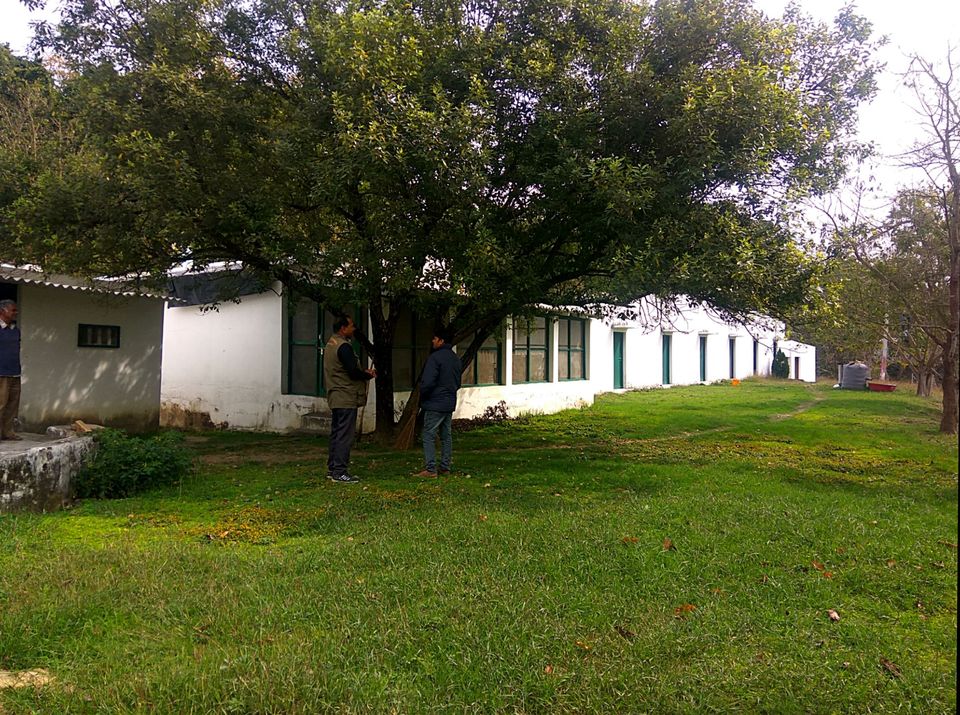 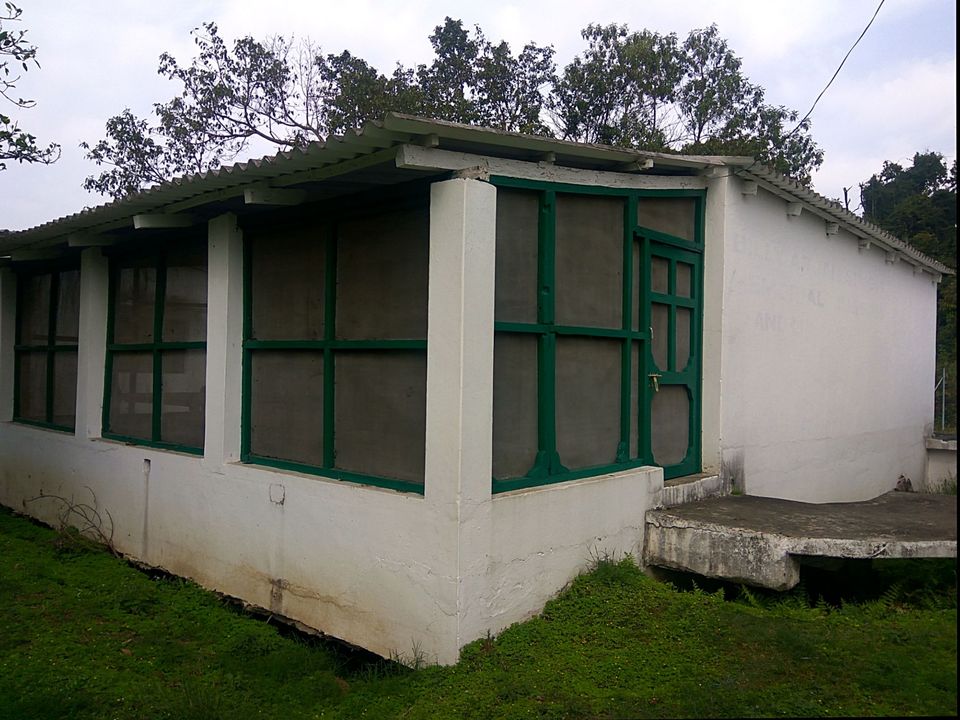 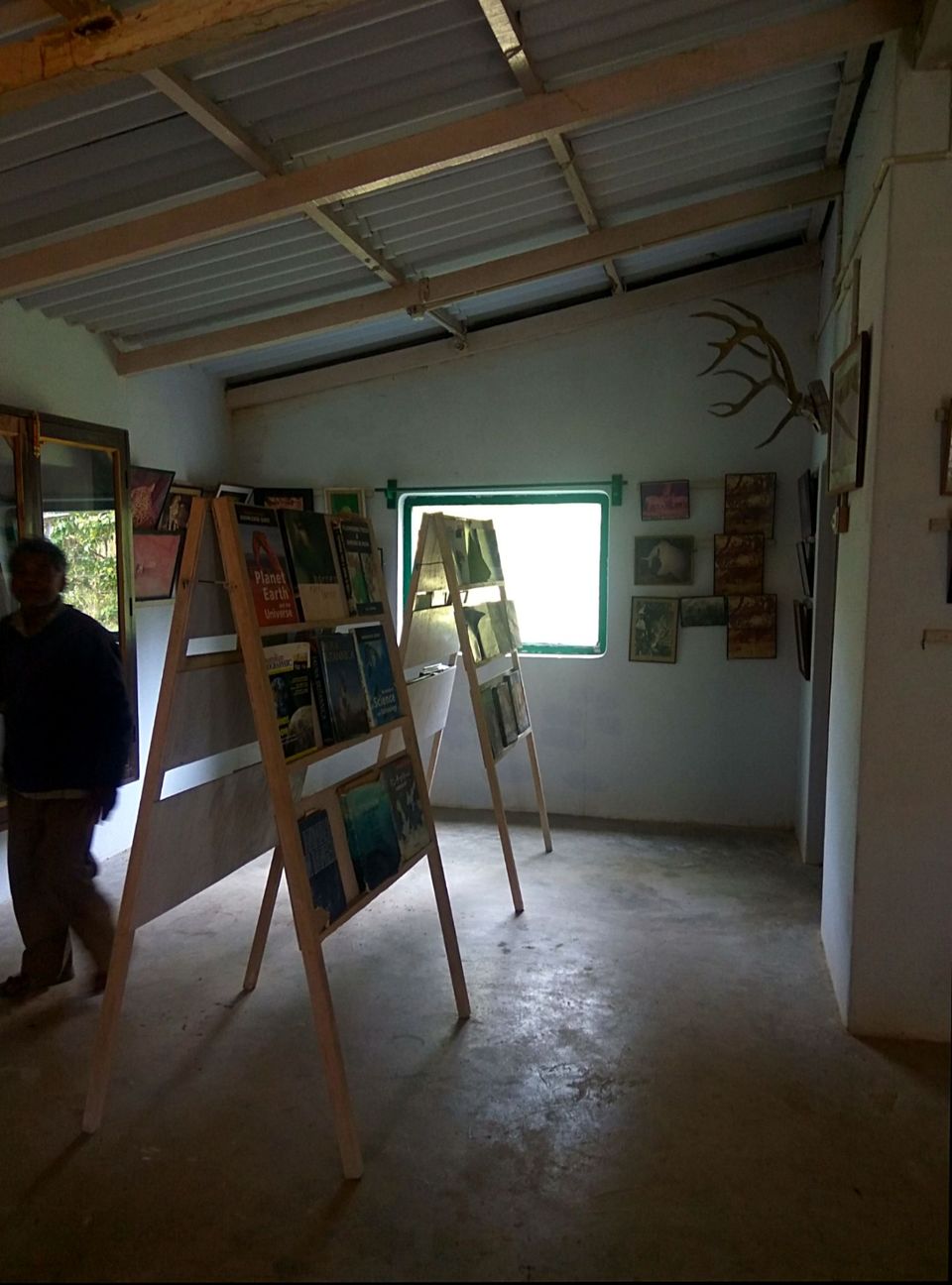 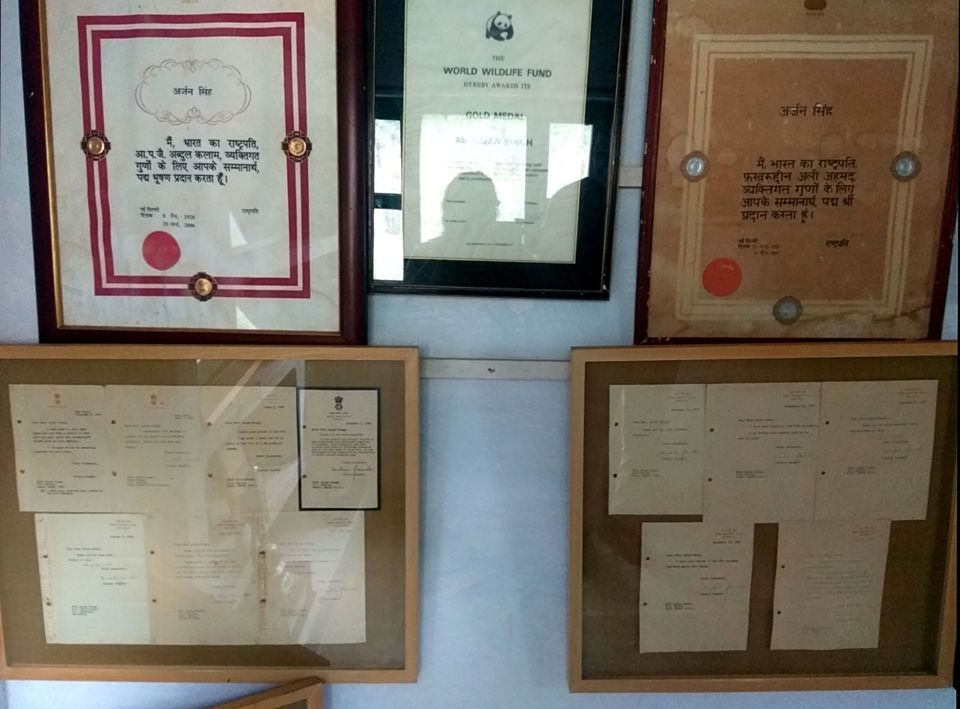 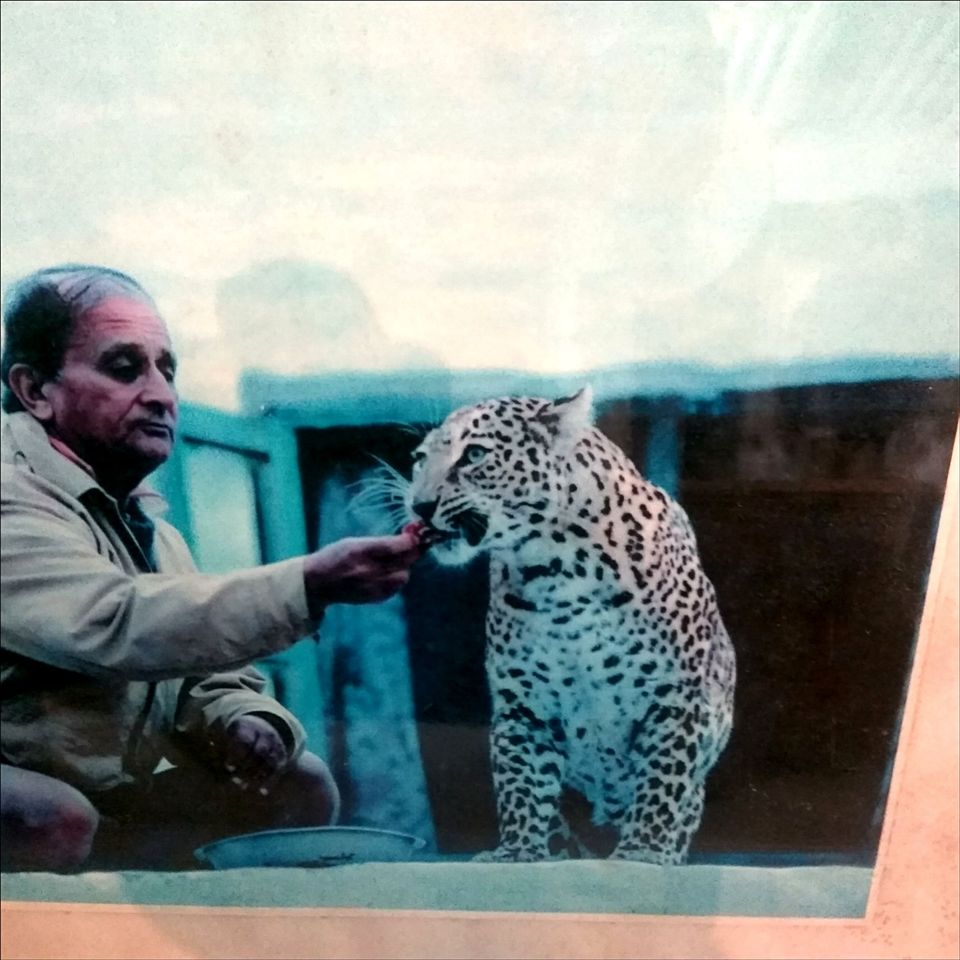 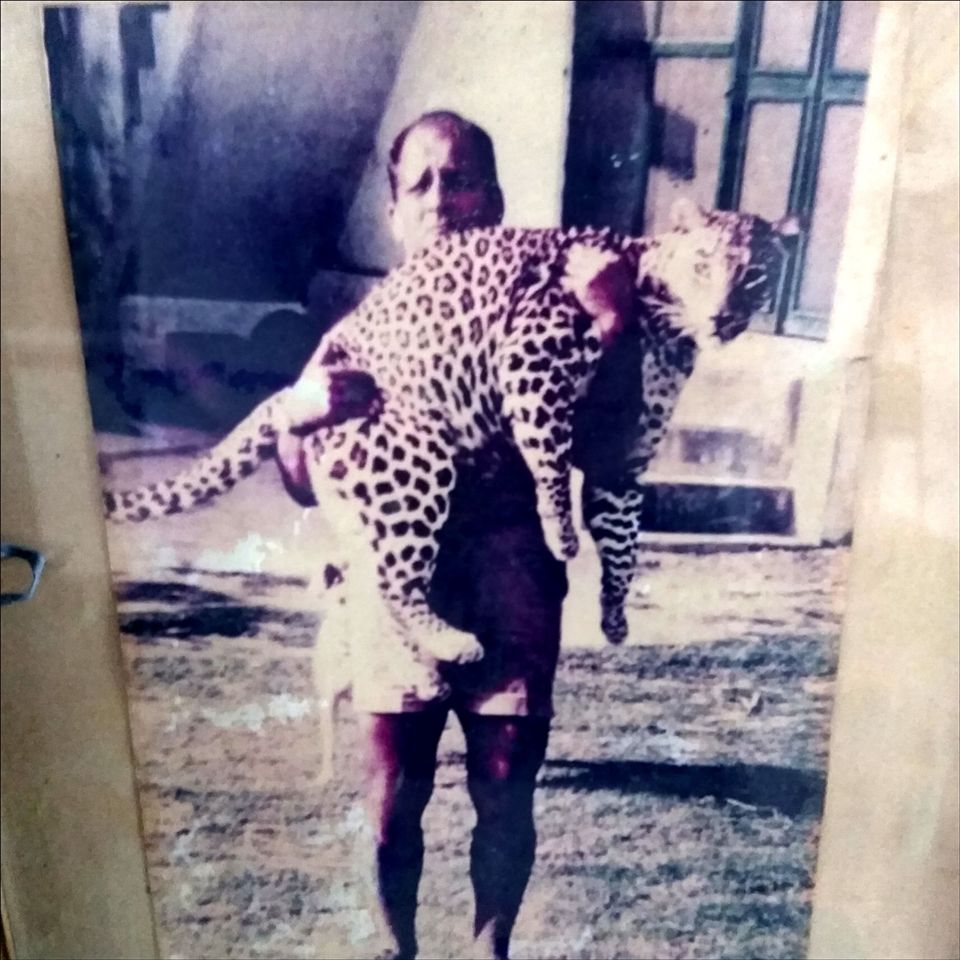 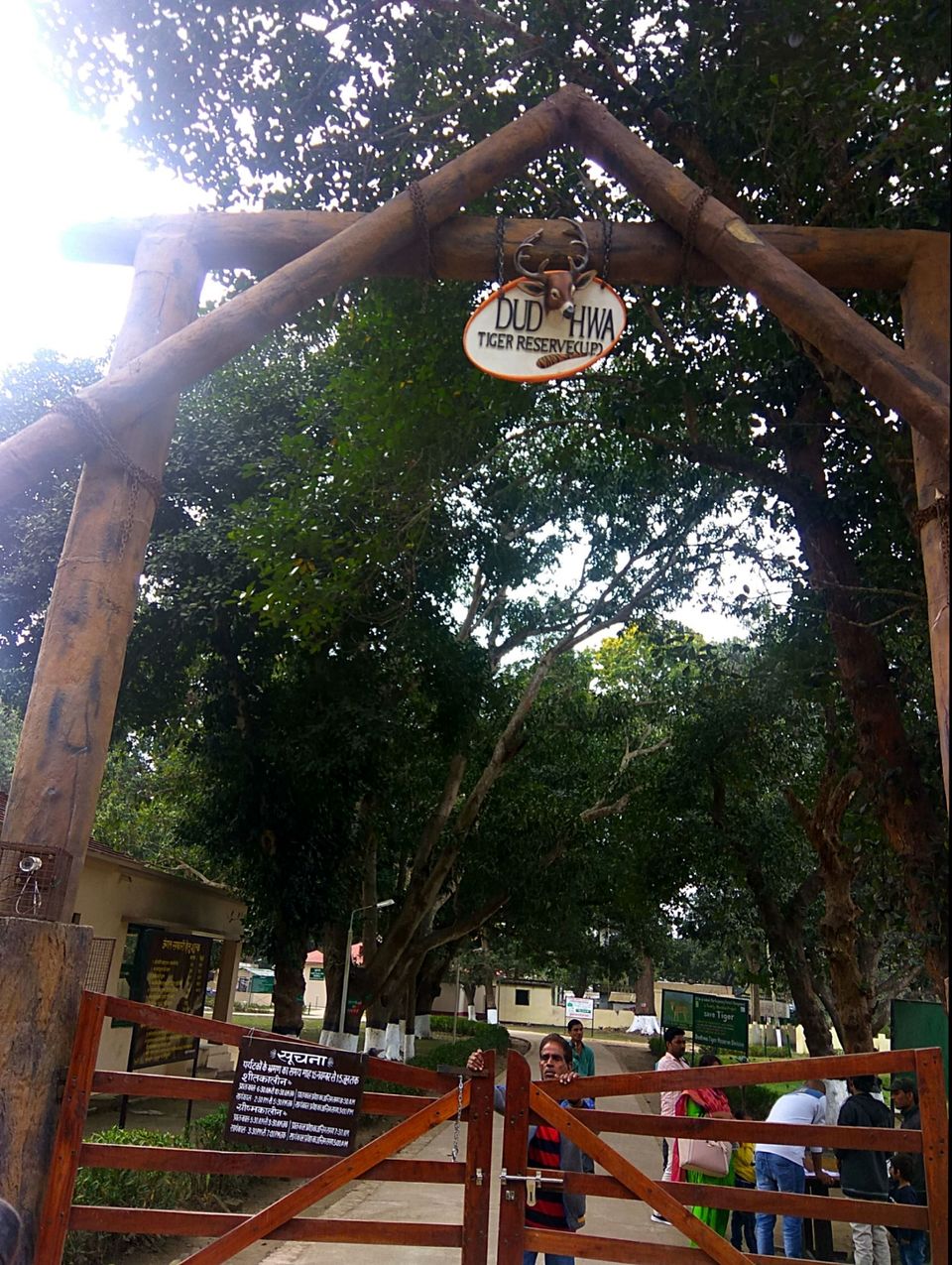 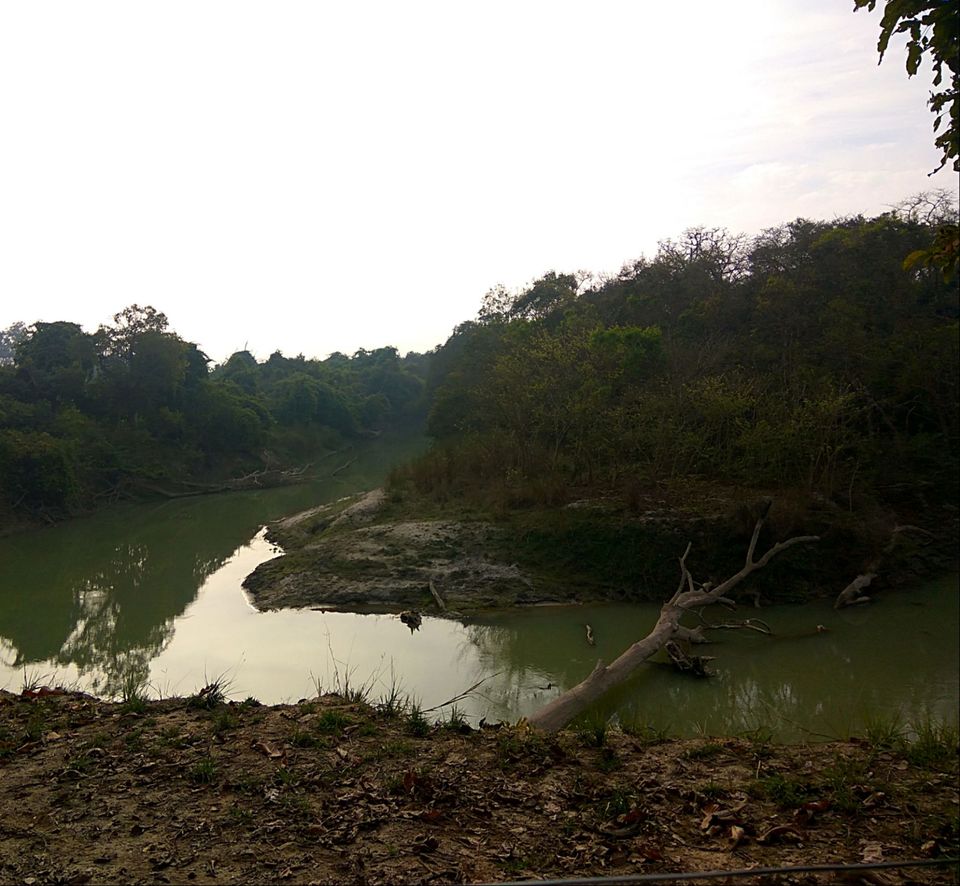 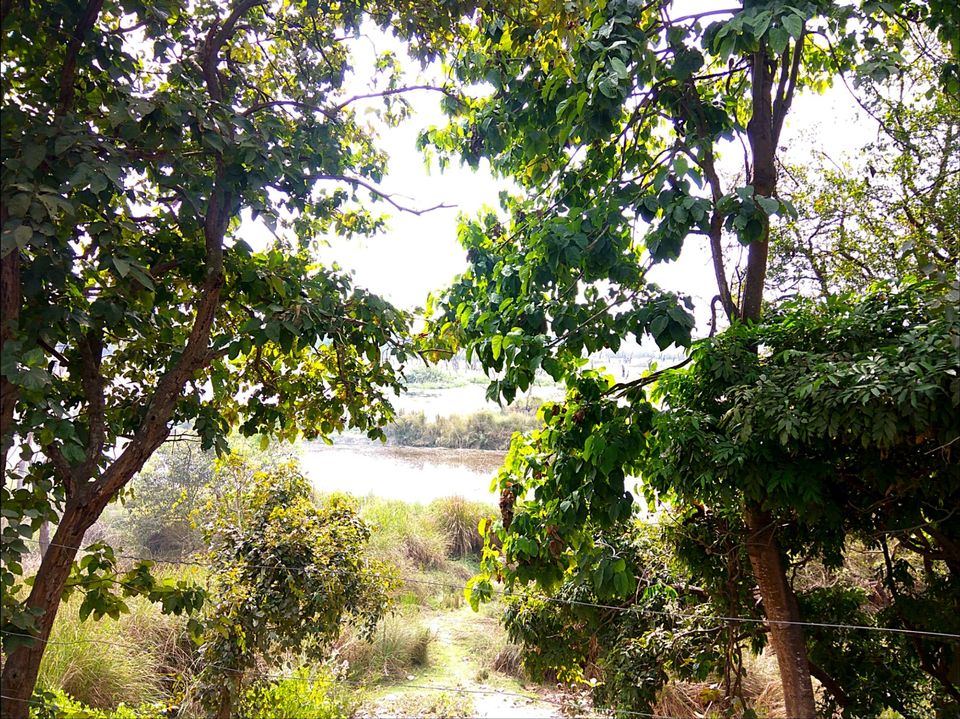 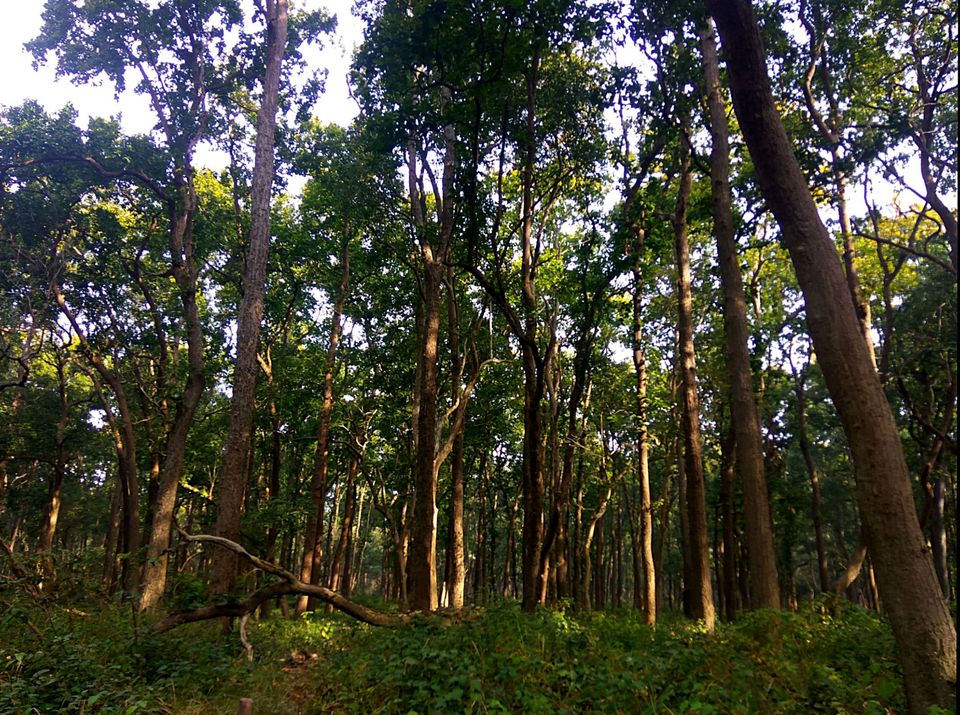 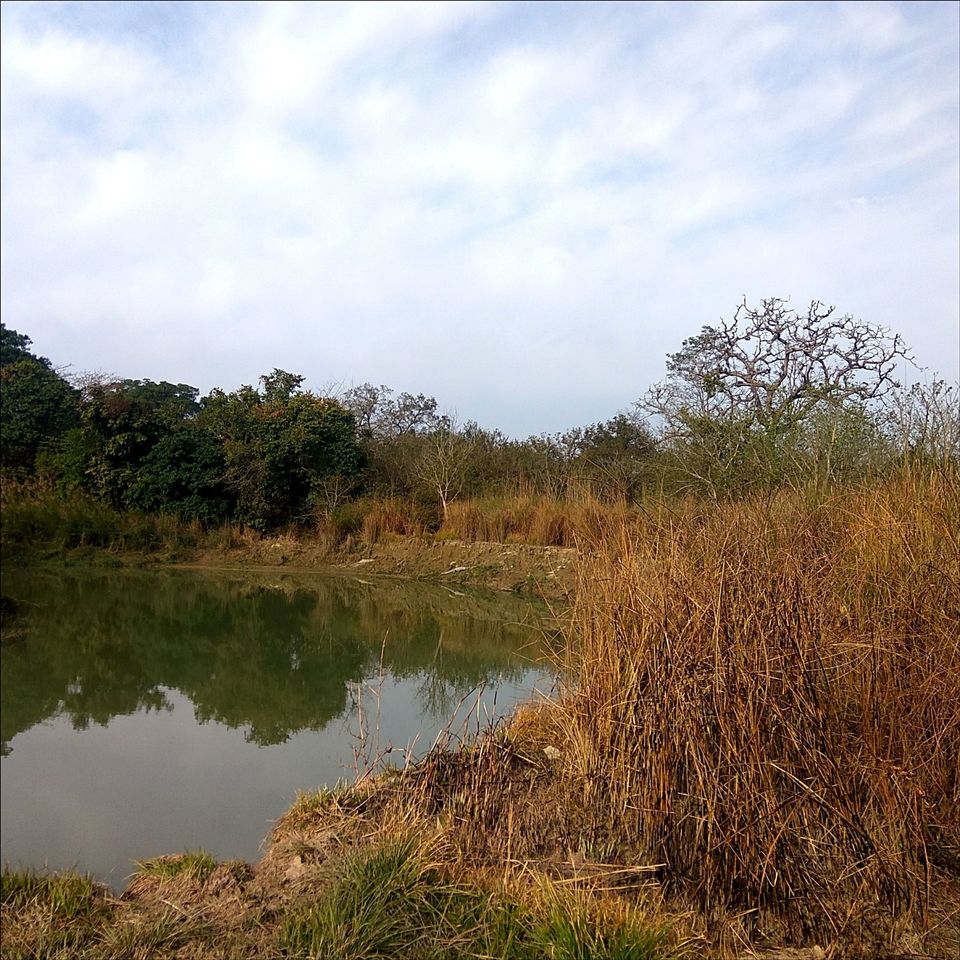 And into the forest I go , to lose my mind and find my soul! ~ Unknown P.C. Pranati Kamani 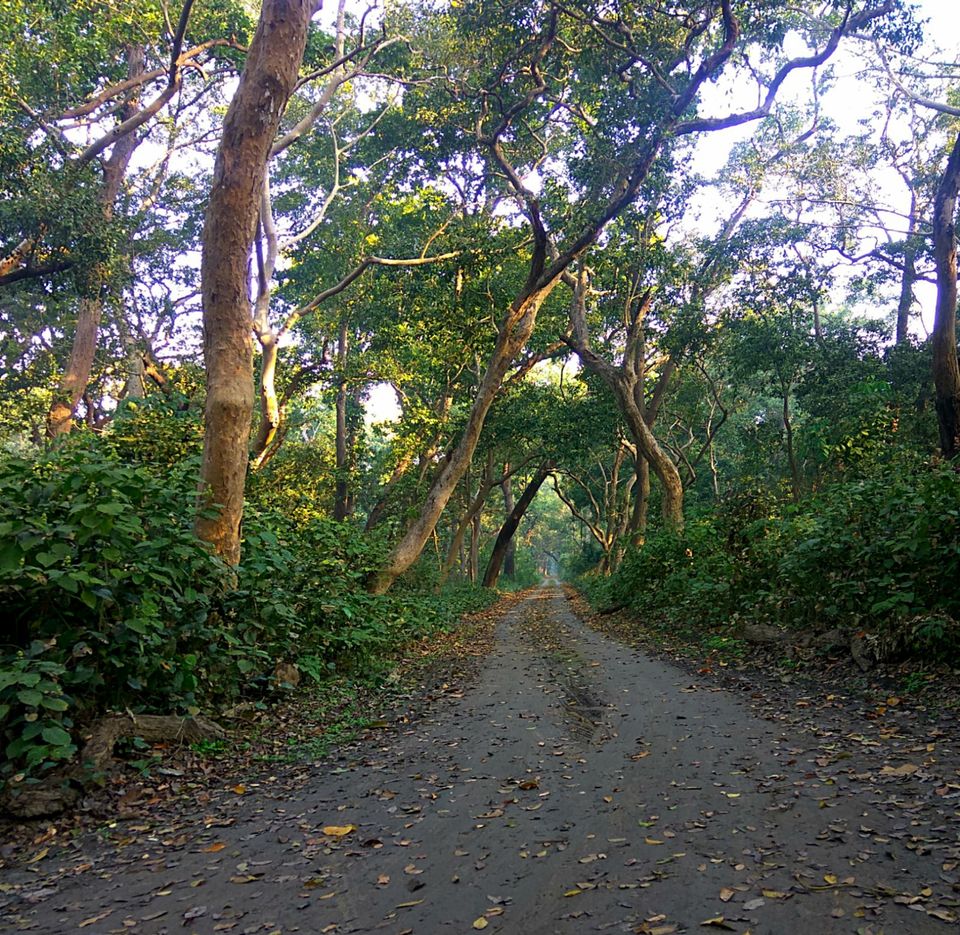 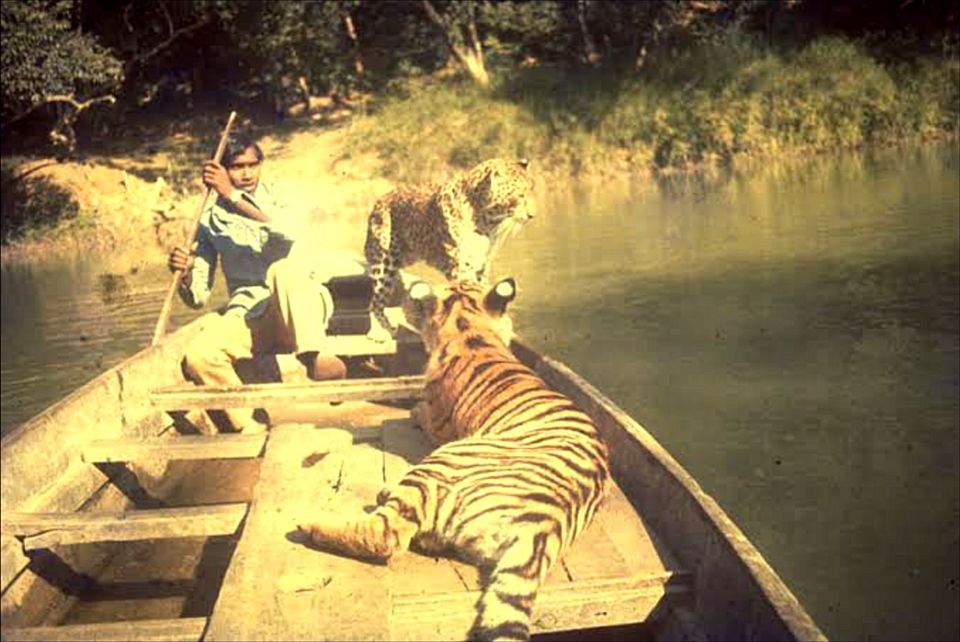 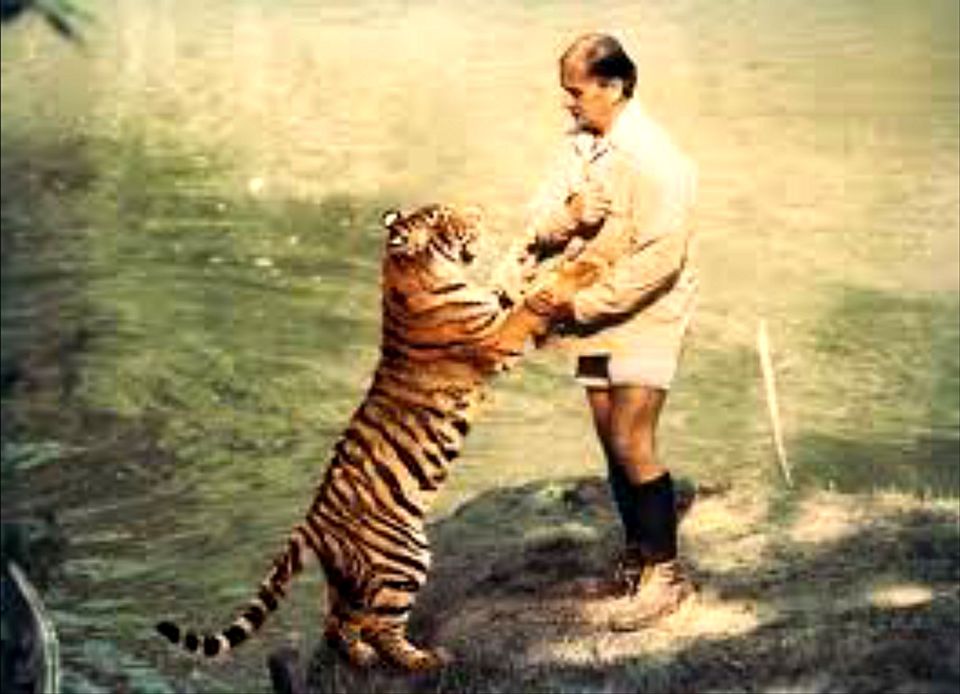 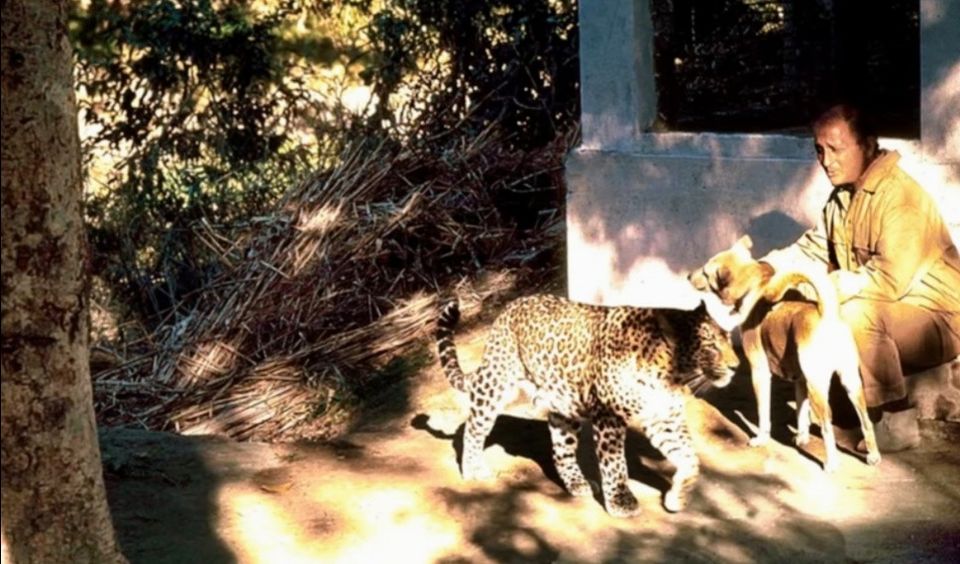 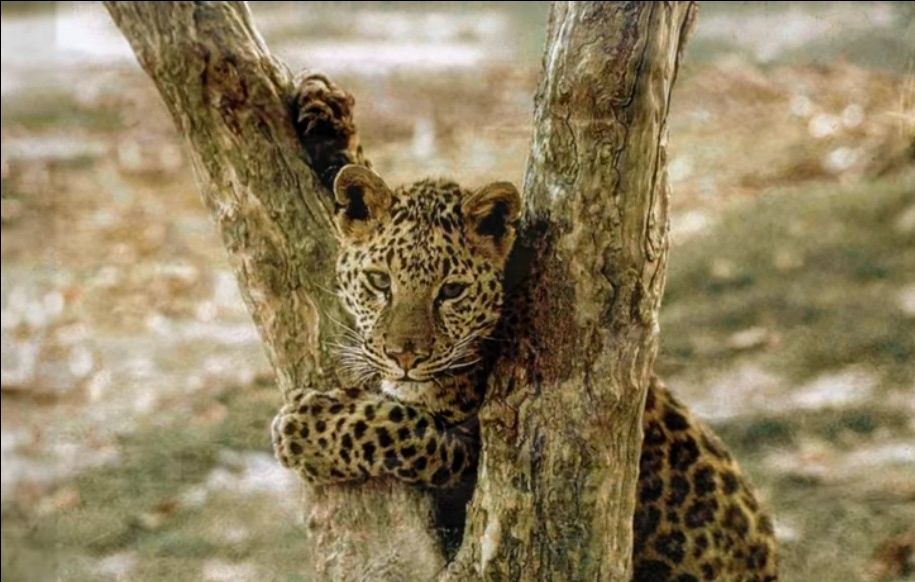 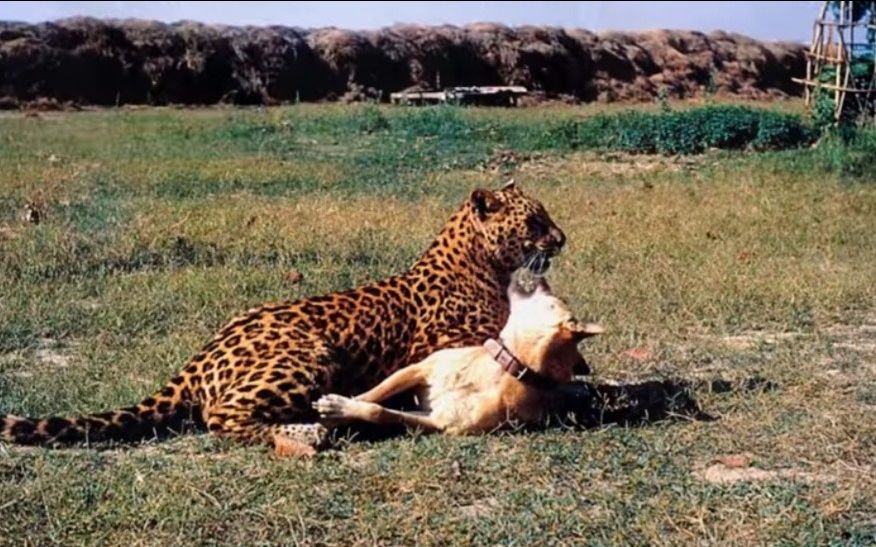 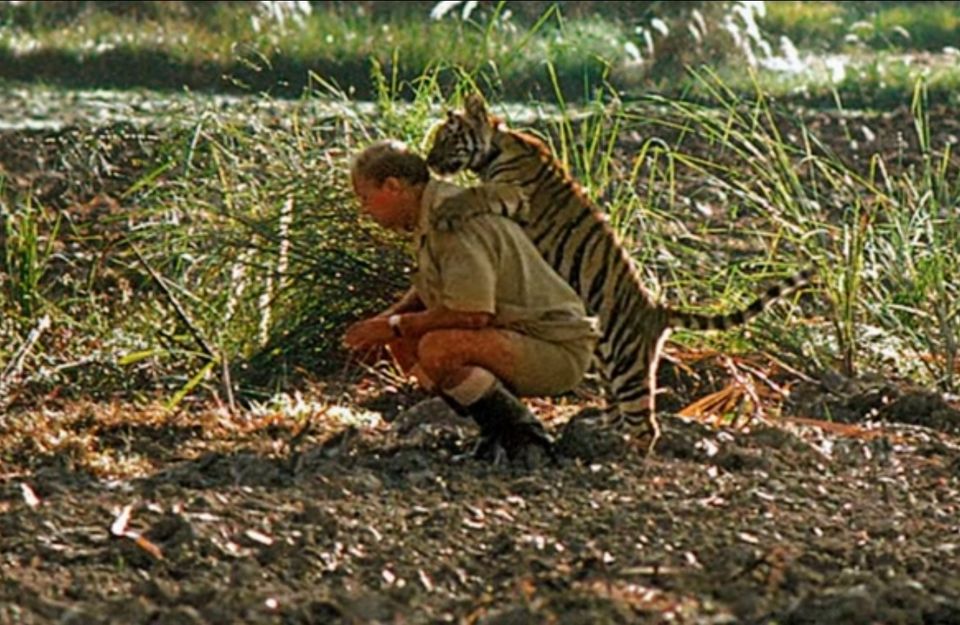 Eelie developed a bond with Tara in a day or two after she arrived which lasted till the end! ~ P.C. Pranati Kamani ~ Courtesy Tiger Haven 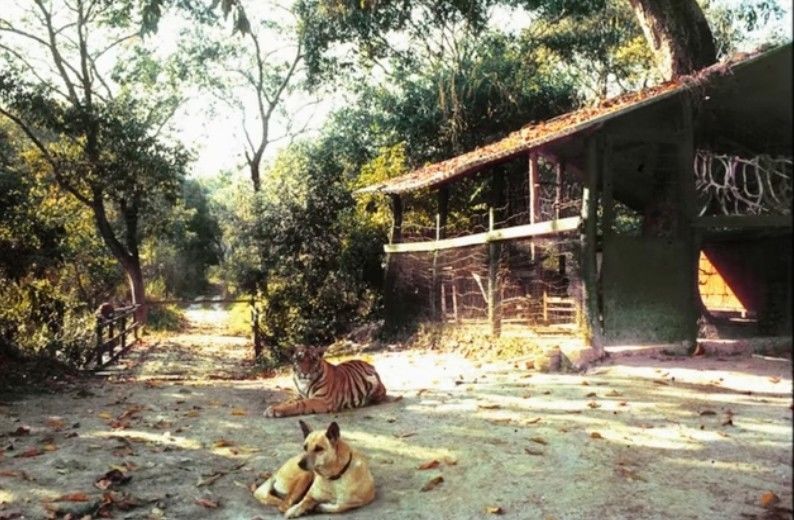 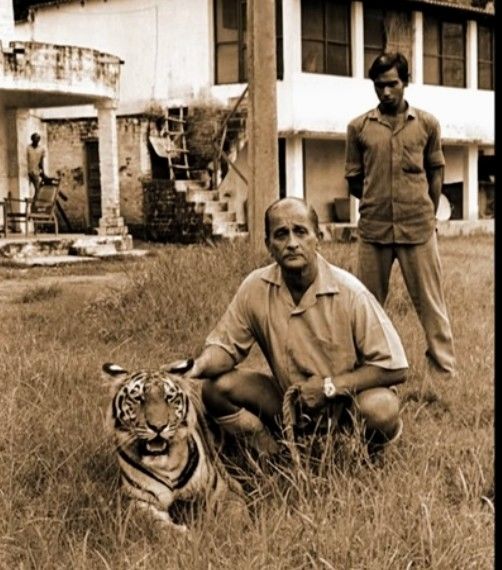 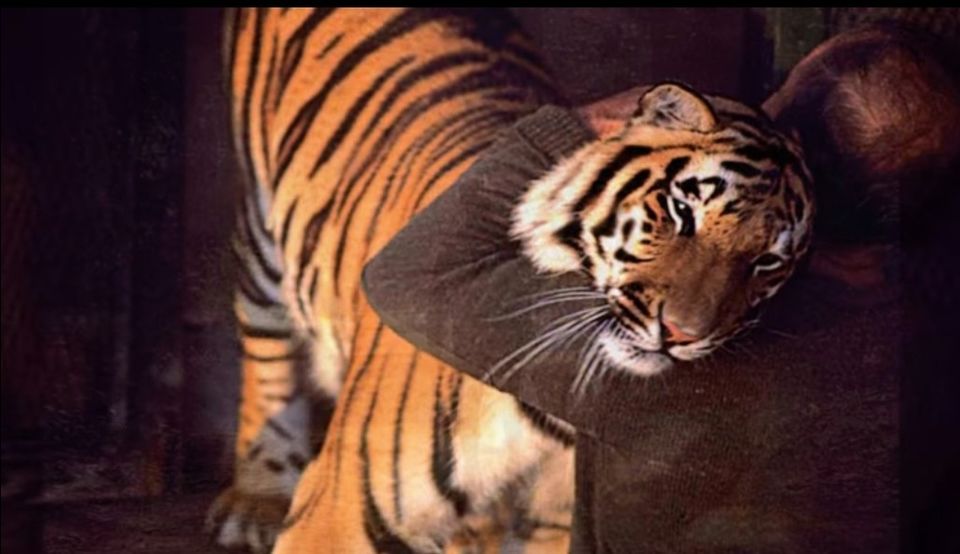 Billy Rests in Peace in his Tiger Haven 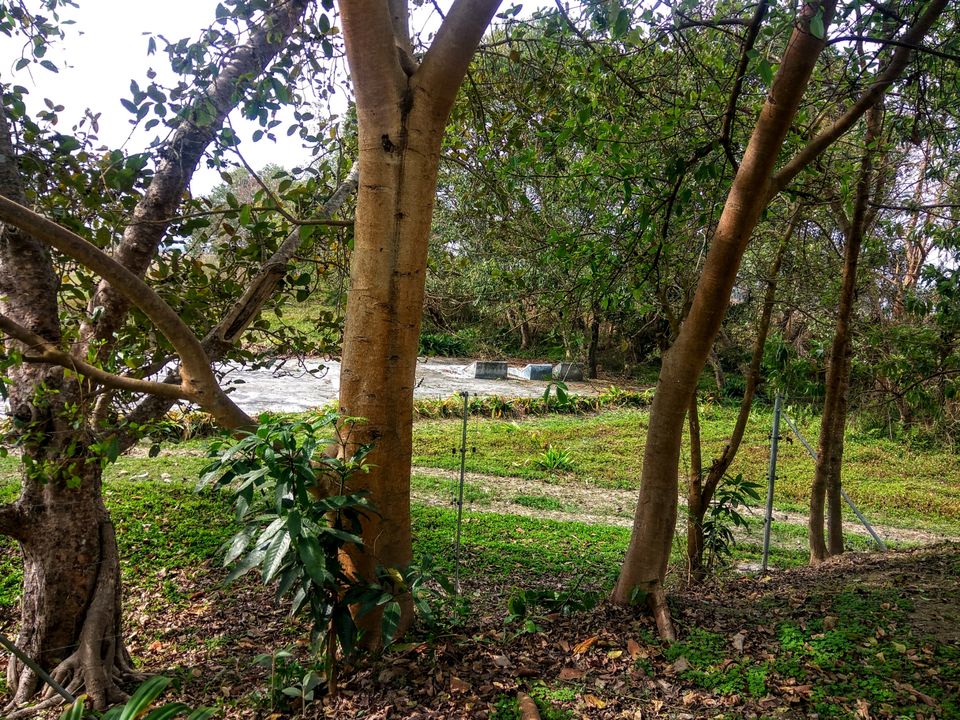