Below picture is of Kashi Vishwanath Jyotirlinga.

Varanasi is well connected by bus, train and flights to all major cities of India and many international capitals. You can easily find cheap to luxury all kind of hotels in Varanasi easily. The city is said to be balanced on the trident of lord Shiva and hence, is of great importance to Hindu pilgrimage.

However, it is also famous for its Banarasi Sarees which are exported all over the world.

Lord Shiva has declared this spot as his Royal residence. The mother of Goddess Parvati felt ashamed that her son-in-law had no decent dwelling. To please Parvati Devi, Shiva asked Nikumbha to provide him with a dwelling place at Kashi. On the request of Nikumbha, Aunikumbha a Brahmin made Divodas construct a temple for the Lord here.

Parvati Devi was so pleased that she offered food (annam) to one and all and hence is worshipped as Annapoorani. The Lord himself is seen with a bowl in his hands asking for annam from the seated Devi at the Devis shrine adjacent to Viswanathas shrine. This is considered to be one of the 52 Sakthipeedams (the place where Parvathis left hand fell, when her corpse was cut by Mahavishnus sudarshana chakram).

It is said the when news reached of Aurangzebs plans to destroy the temple, the idol of Shiva was hidden in a well to protect it from the destruction. The well still stands there between the mosque and the temple.

The temple has a golden chatra on top. It is believed that any wish is fulfilled if it is made after seeing the chartra.

So, do not forget to add this holy place to your itinerary when you visit Uttar Pradesh. 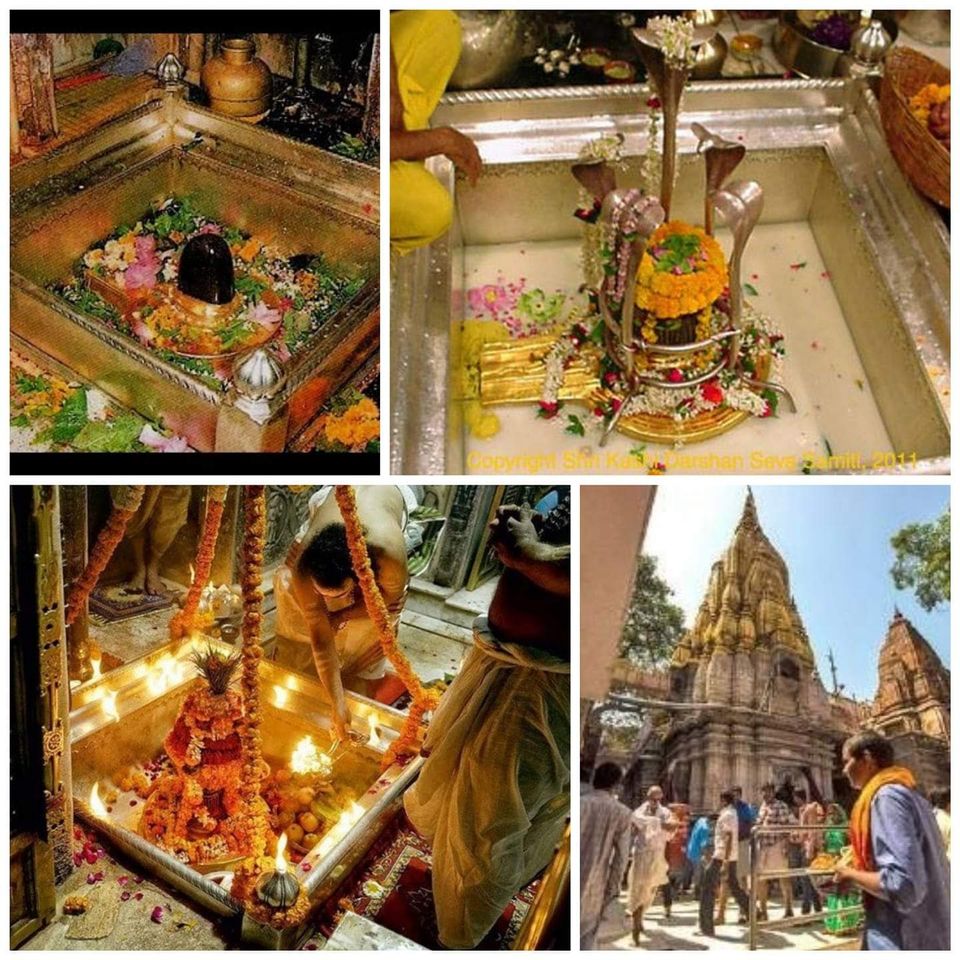