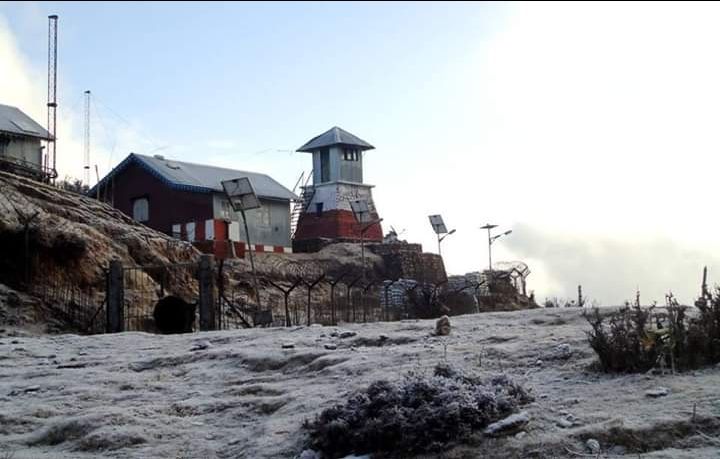 “It’s easier to go down a hill than up it,
But the view is much better at the top.”
-Henry Ward Beecher
Hence this time I decided to go up the hill with some of my friends.....  Sandakphu , the highest point in the state of West Bengal. To make the trip a bit more adventurous we picked the Winter Season, last week of January. Wait !!!!! Excitement doesn’t end here.......... to add some more spice to the adventure, our trip was planned in such a manner that when we would reach the top , it will be a FULL MOON NIGHT !!!!!! What could be on earth more heavenly than the sight of the Kanchenjunga in the full moon night?
So here is our trip plan:

DAY 1: From NJP we reached Dhotrey ( 8,500 ft ) by Tata Safari. Our trekking started from Dhotrey, the forest village within the buffer zone of 'SINGALILA NATIONAL PARK'. After having hot momos with cabbage soups from a home shop we started at around 2:30 pm. We had to reach Tonglu, 5km away from Dhotrey, through a charming forest trail full of small bamboo plants and thus avoiding the conventional trek route from Manebhanjang. We collected bamboo sticks on the way to support ourselves. This route remains close from June to September. We saw  the rhododendrons and magnolias but not in bloom. The flowers generally bloom between March and April, flooding the trek trail with riots of colours that I’ve heard from other trekkers. Ah! At last we reached the GTA trekker’s hut at Tonglu at around 5pm.

DAY 2: Today we have to travel approximately 12 kilometres from Tonglu to Kalipokhri via Tumling and Gairibas. Though the distance is relatively larger than the previous day but the beauty of the nature, the silence and the mystery of the Singalila national Park, the innocence and love of the local people and the warmth of the hot & soupy Waiwai will keep you walking without any tiredness.  We reached Kalipokhri at around 5.30 pm. The air here is so chilly that it almost penetrating our bones. The upper layer of the Kalipokhri pond was almost frozen at that time. We stayed in the home of a locale and there we meet our sweet little pahari friend Dolma. We danced around the fire with the romantic Nepali songs sung by the guides and the house owner. Till now the cold, the moon, the clapping and the song “Resham Periri, Resham Periri” rejuvenate my memories like anything.

DAY 3: Having the exquisite breakfast of Tibetan nun, as they called it, we started our journey towards Sandakphu, the top of West Bengal, 6 kms from Kalipokhri. The road was almost covered with snow and at some places it had become very slippery. On the way our guide showed us the poisonous tree ACONITE. Actually Sandakphu get its very name from these trees. Literally Sandakphu means “Height of poisonous trees”. Then we passed through a narrow trail with red bushes on both sides. Their fruits are like small red balls giving the way a magnificent appearance along with the snow. At around 3 pm we reached Sandakphu, the depth of the snow here at this time is quite thick. After dinner we go for a walk through the snow in the moonlit night. The snowflakes were shinning like diamonds due to the moony luminescence.  The valley appeared calm and majestic.

DAY 4: We get up at the dawn and waited for the sun to rise and light up the Sleeping Buddha (Kangchanjungha mountain range). The first light fall on the Kanchanjungha peak and eventually light up the other peaks of the range one by one according to their height. After 10-12 minutes the Sunray falls on the mighty Everest.  After experiencing this spectacular event, our team got divided into two groups. One group went back to NJP, riding on the antique land rover,  the other half started for Srikhola. The route is covered with dense bamboo trees and the darkness made the journey quite mysterious and eerie. Finally reached Srikhola, a lovely scenic village with the graceful Srikhola river flowing in her own rythm. The sound of the river, the dense forest along with our tiredness had created an other-worldly atmosphere which is indeed a different experience one should have once in a lifetime.
And finally the next day we were back to NJP and then get back to the humdrum life business.
One thing I must say friends, if I with 6.5 g/dL Hemoglobin and 44 kg weight (lowest in my group),  have been able to climb Sandakhphu then anybody can, just keep the faith in mind and rock the rocks !!!!! 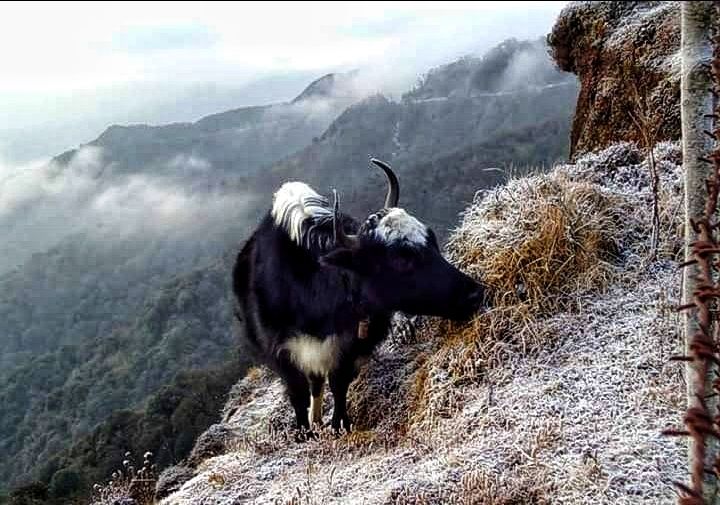 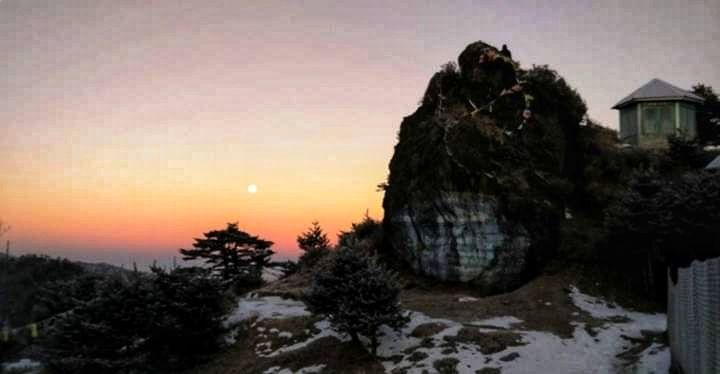 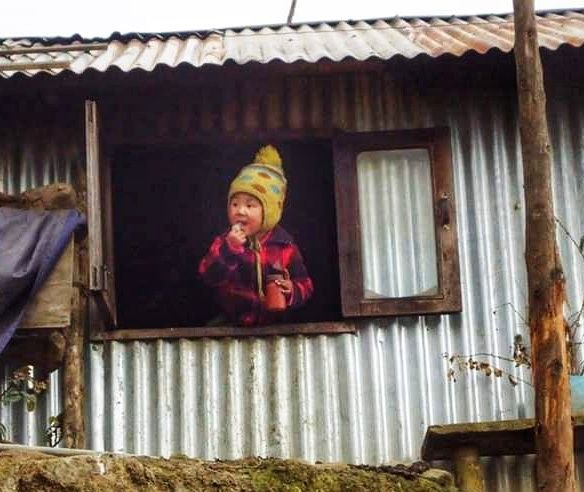 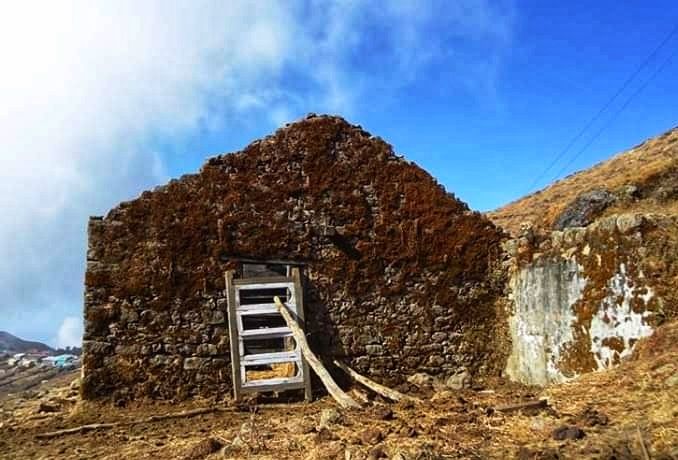 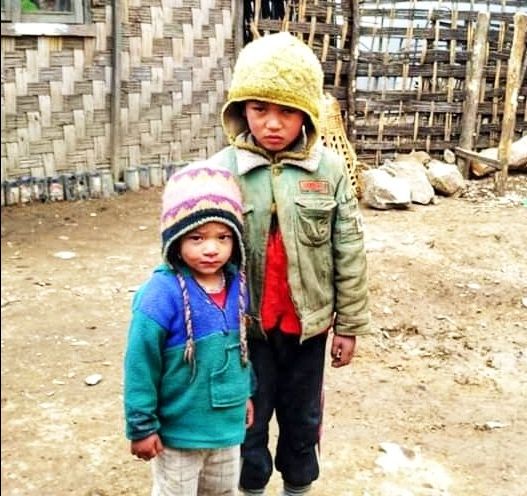 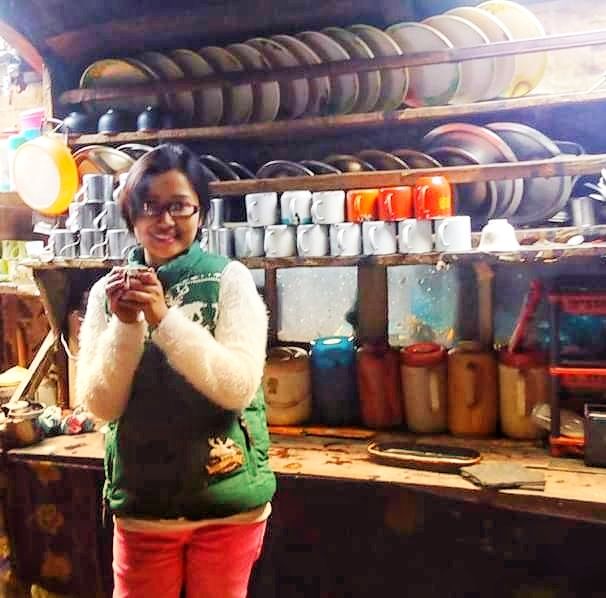 The mighty Mt. Kanchanjangha illuminated with the first sunrays 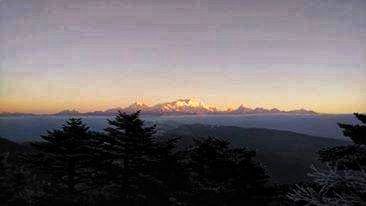 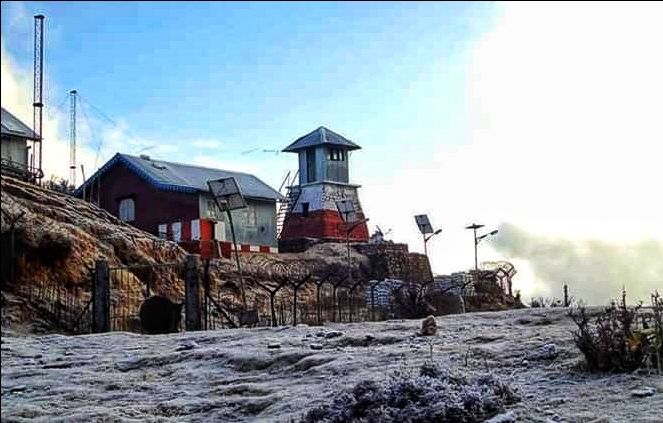 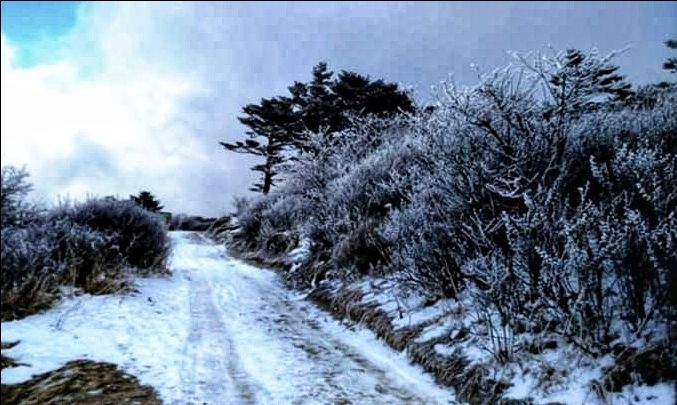 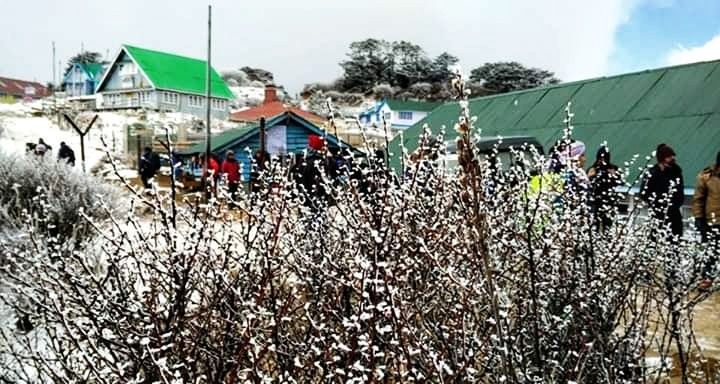