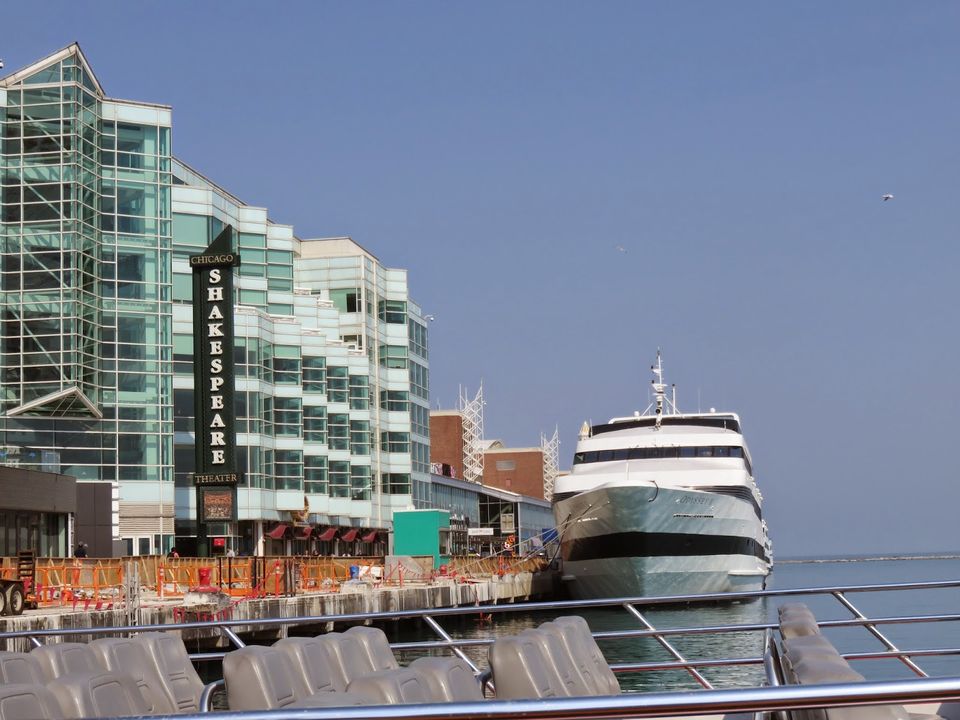 There's one Corvette right behind me. 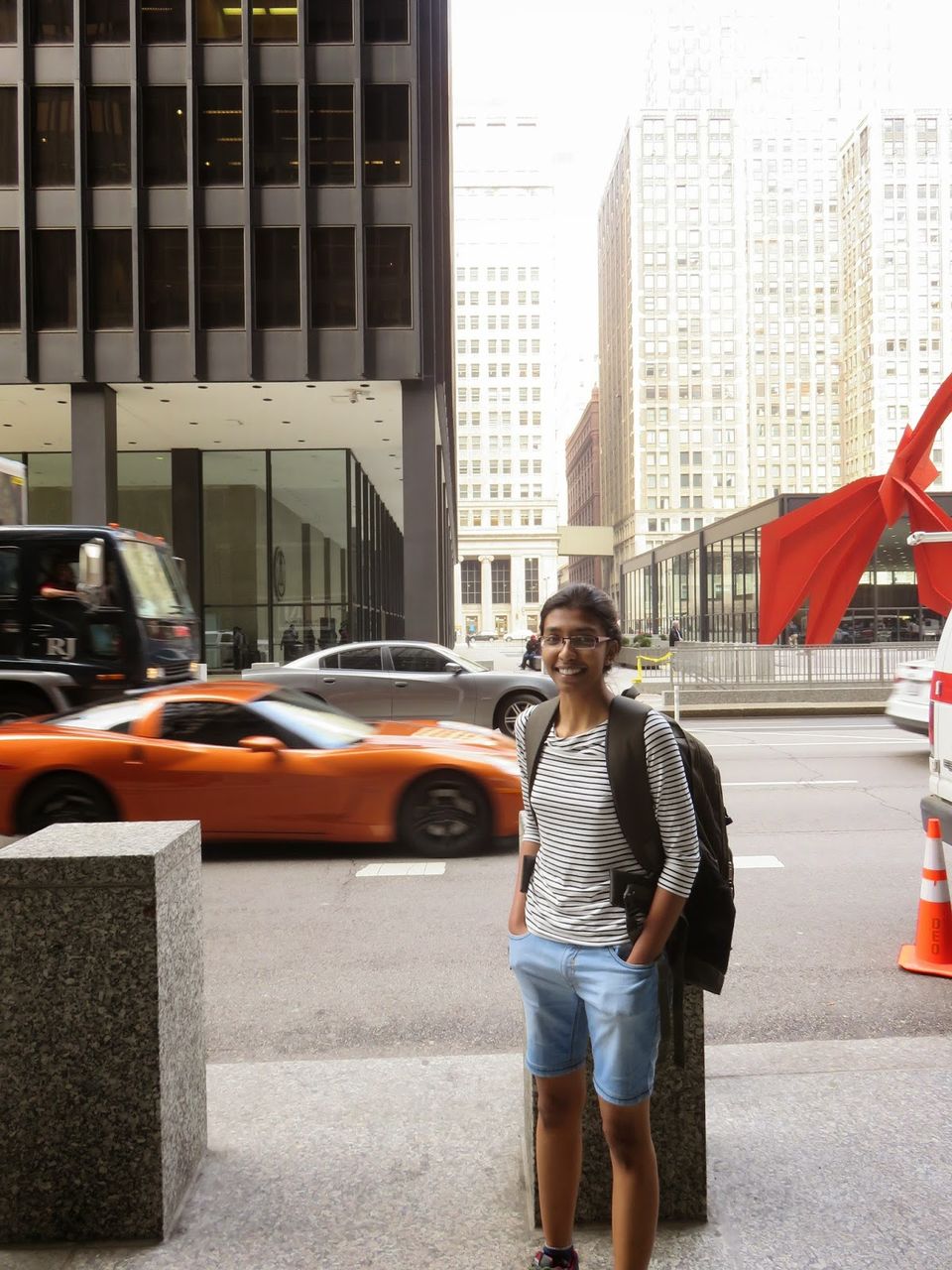 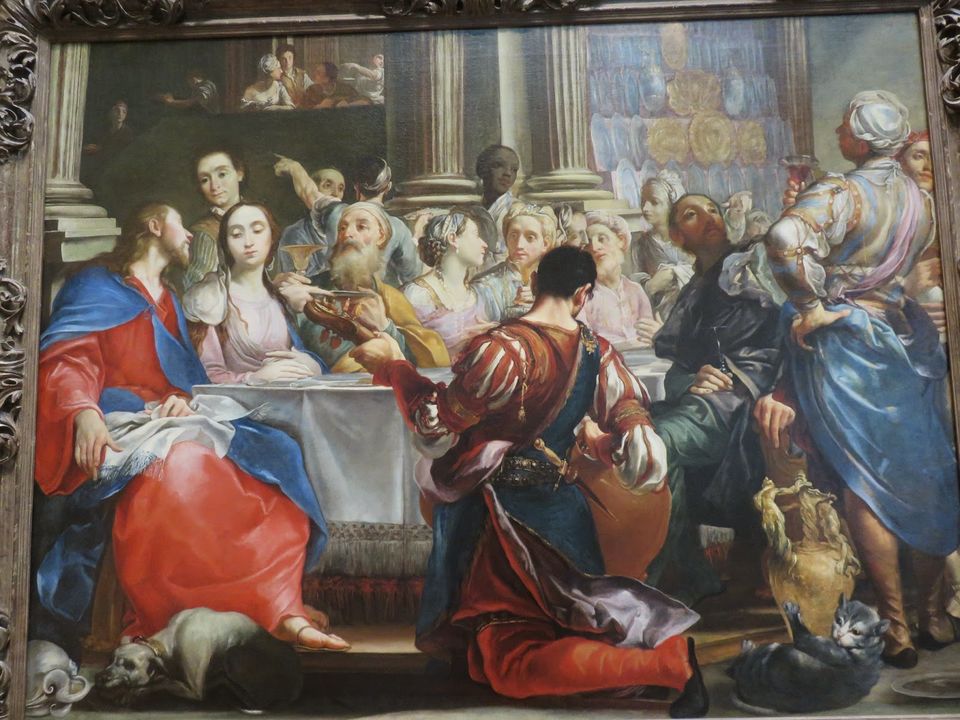 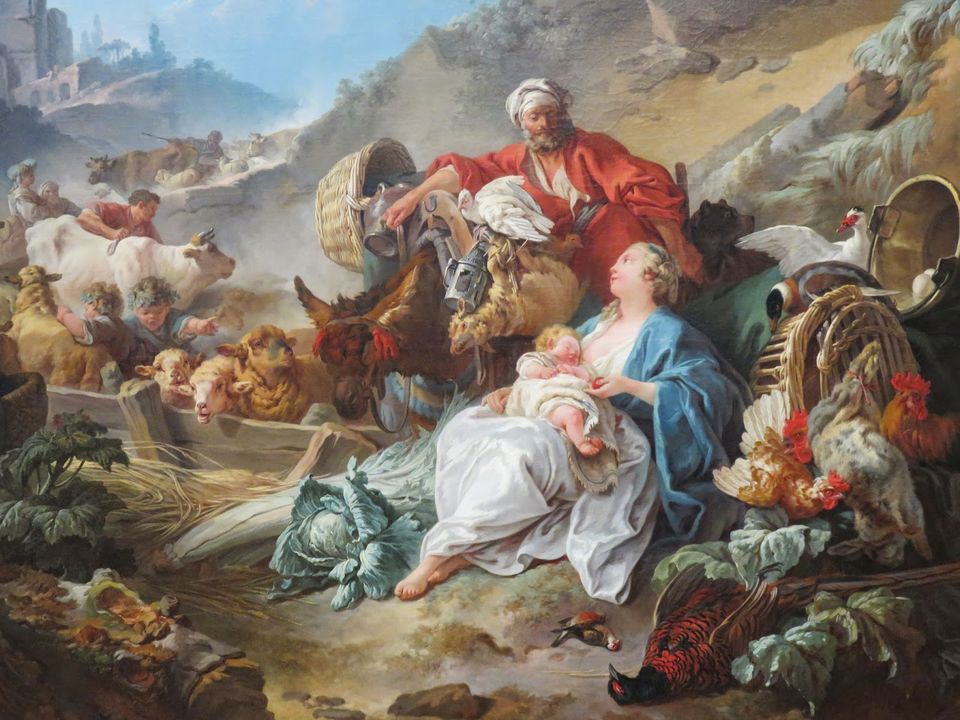 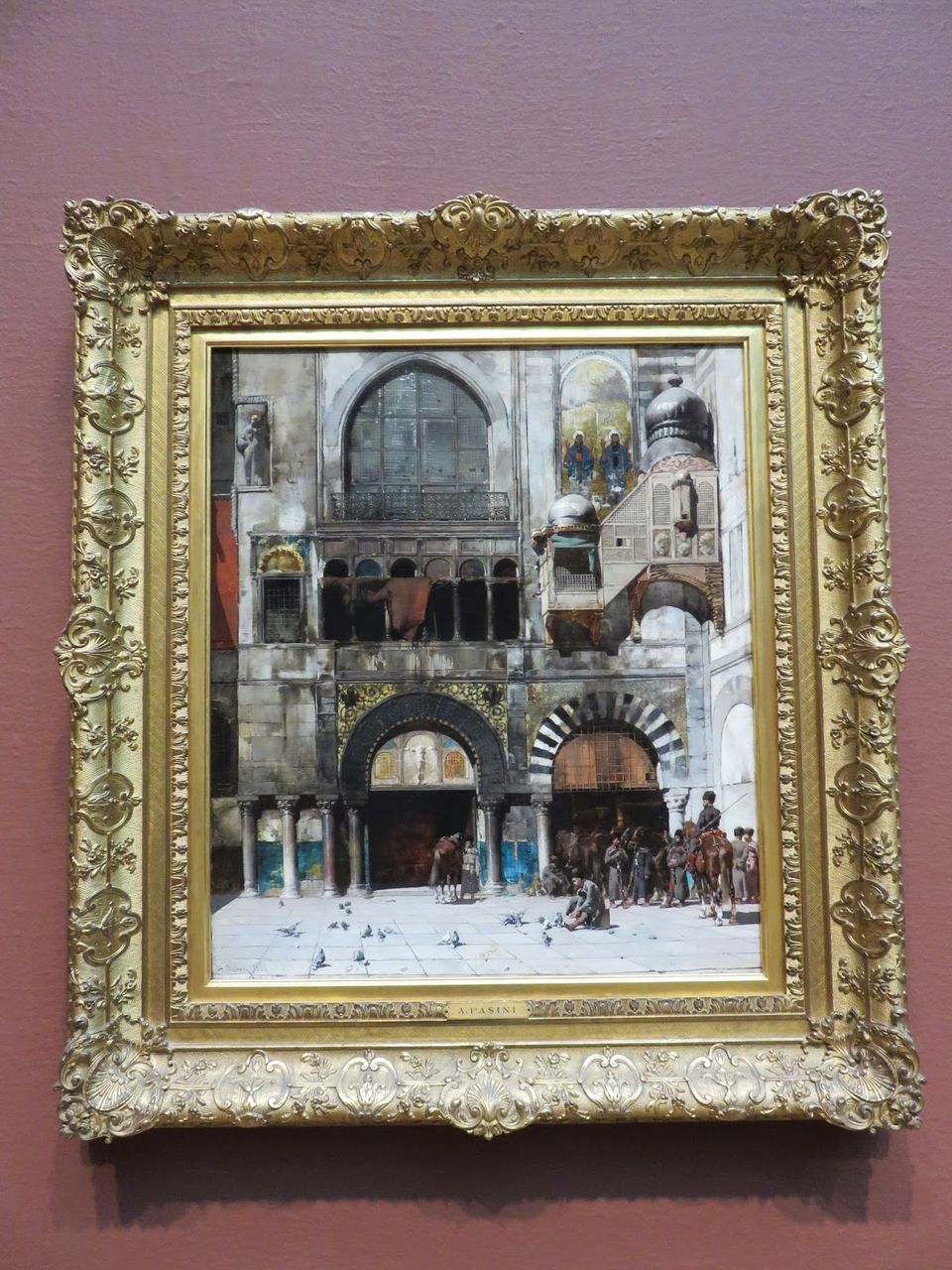 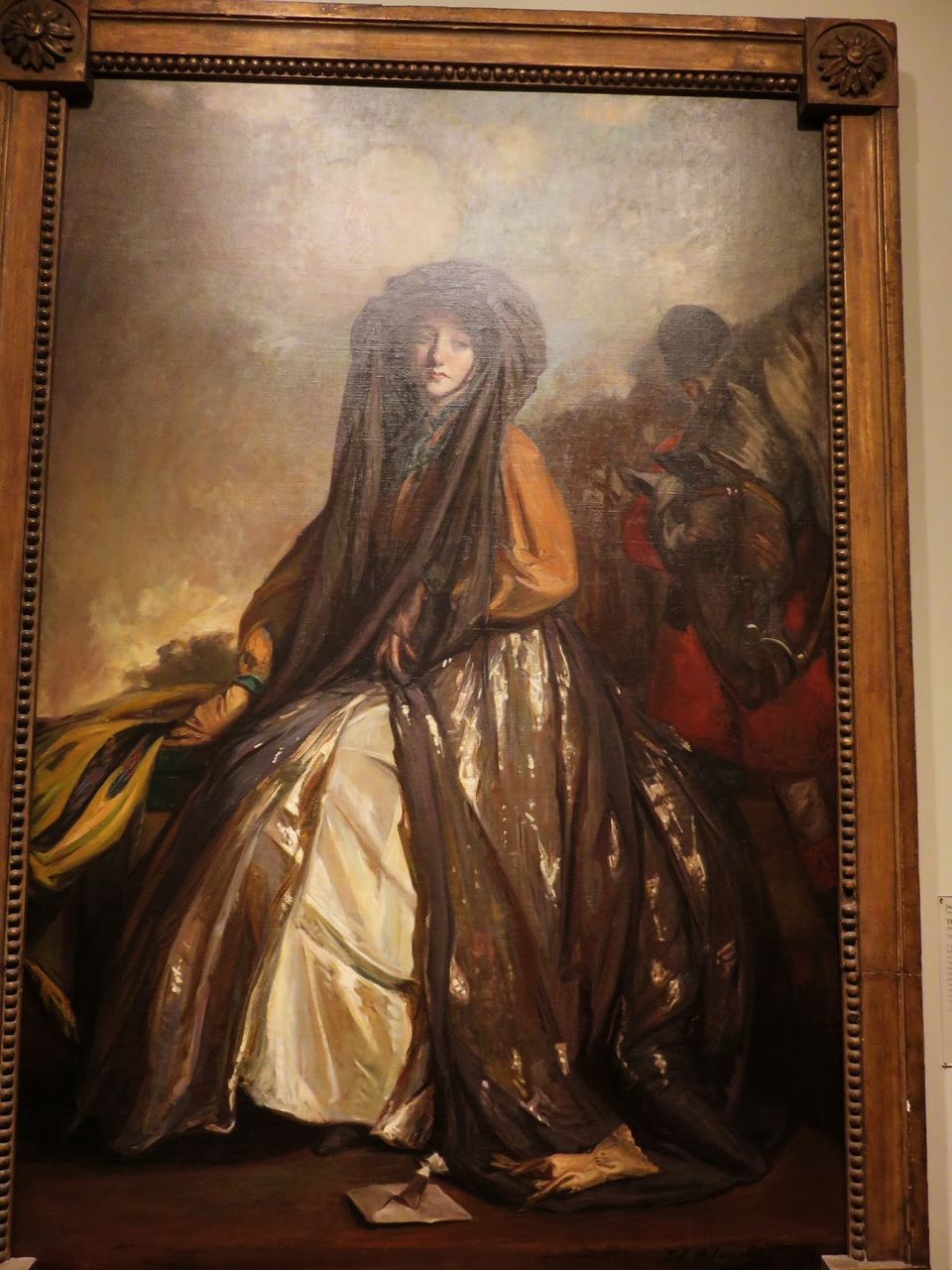 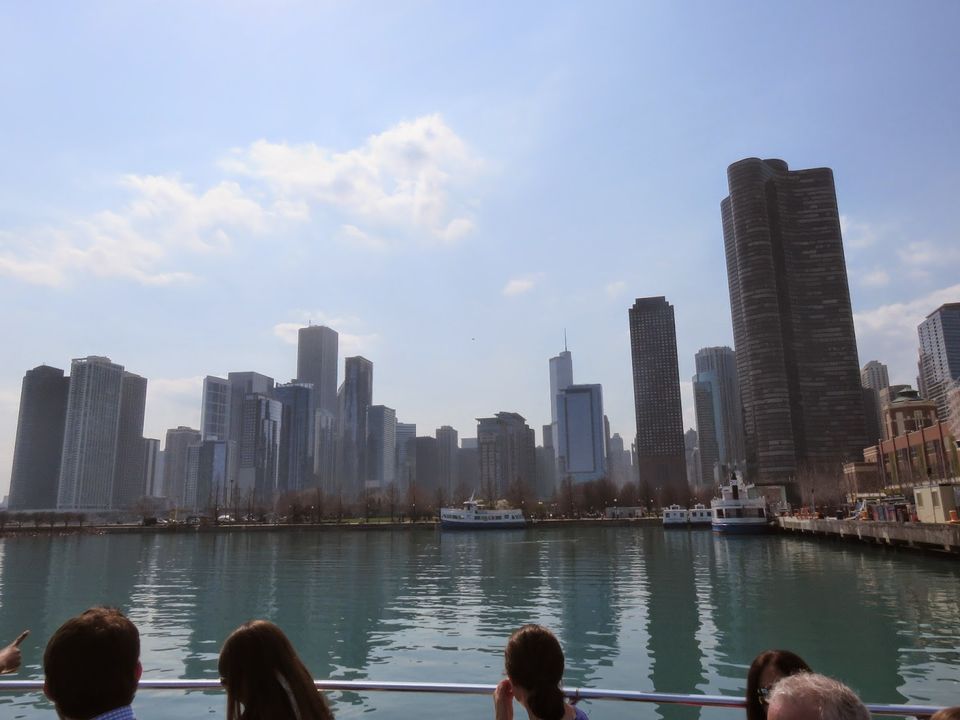 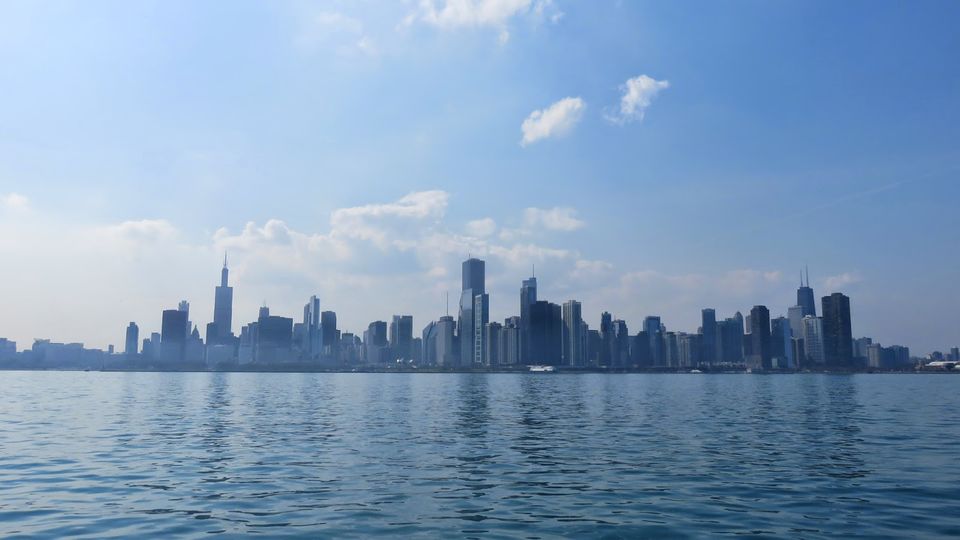 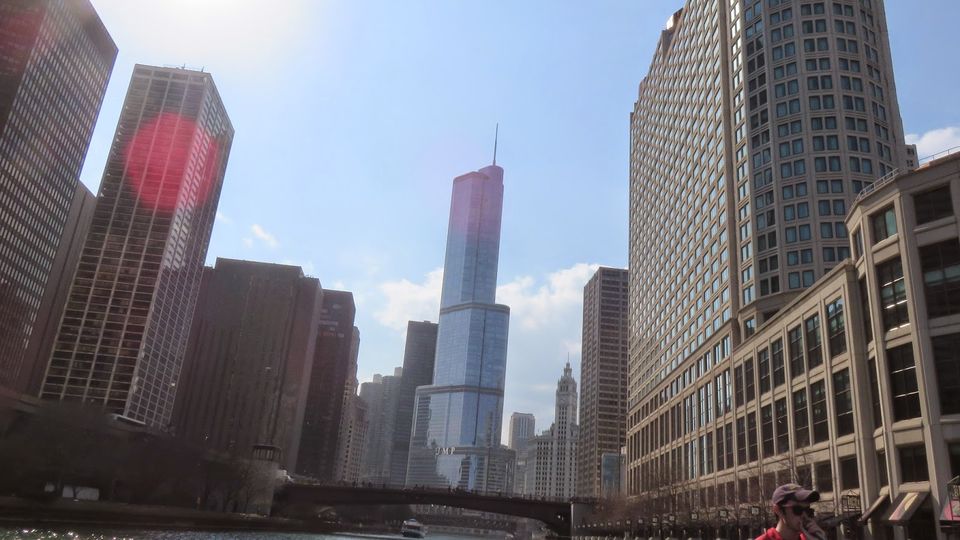 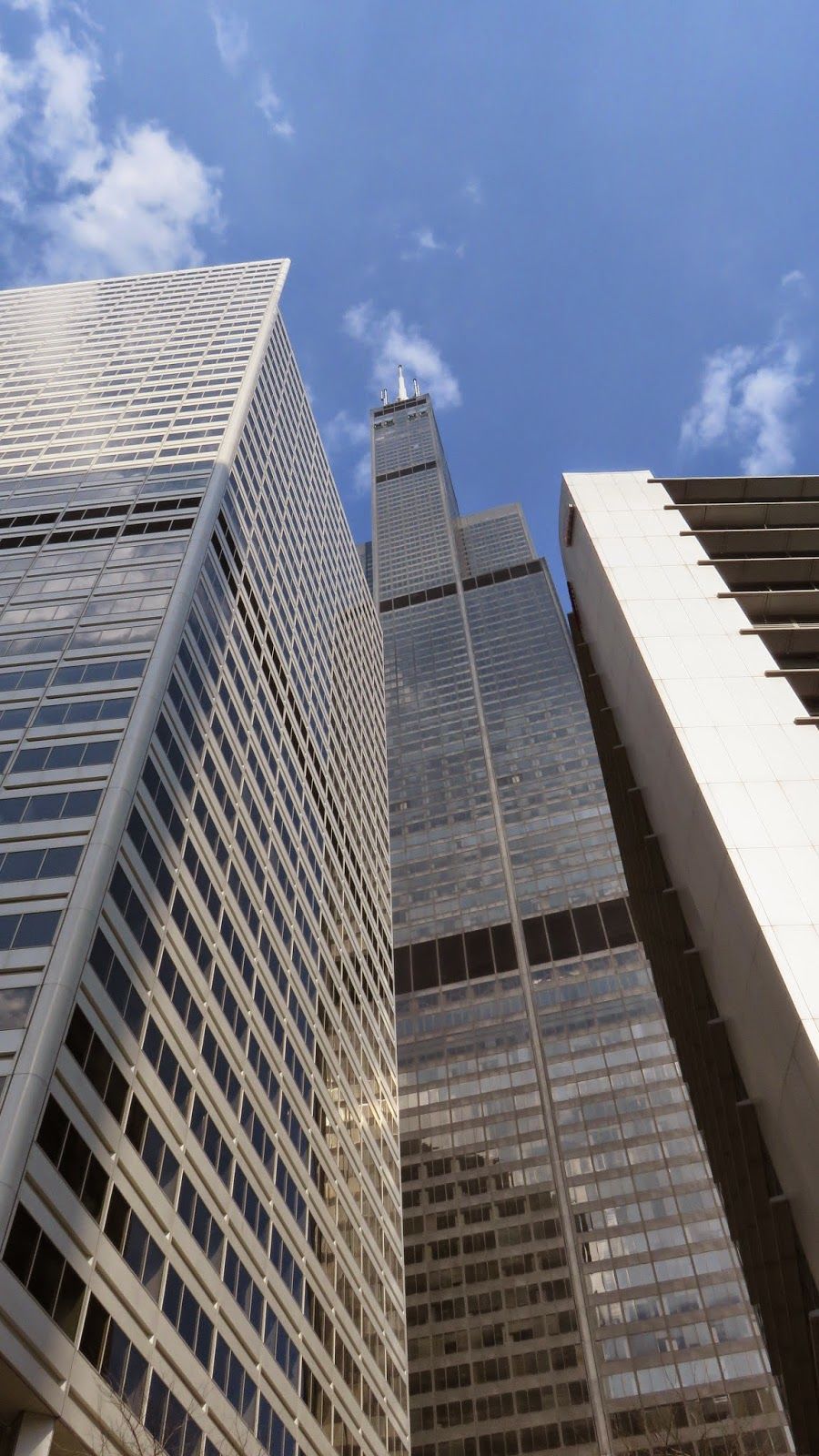 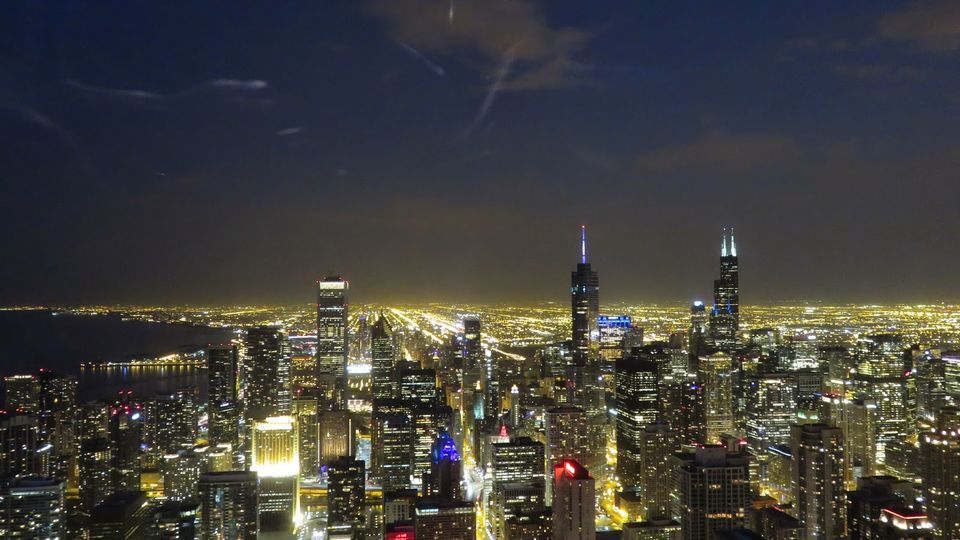 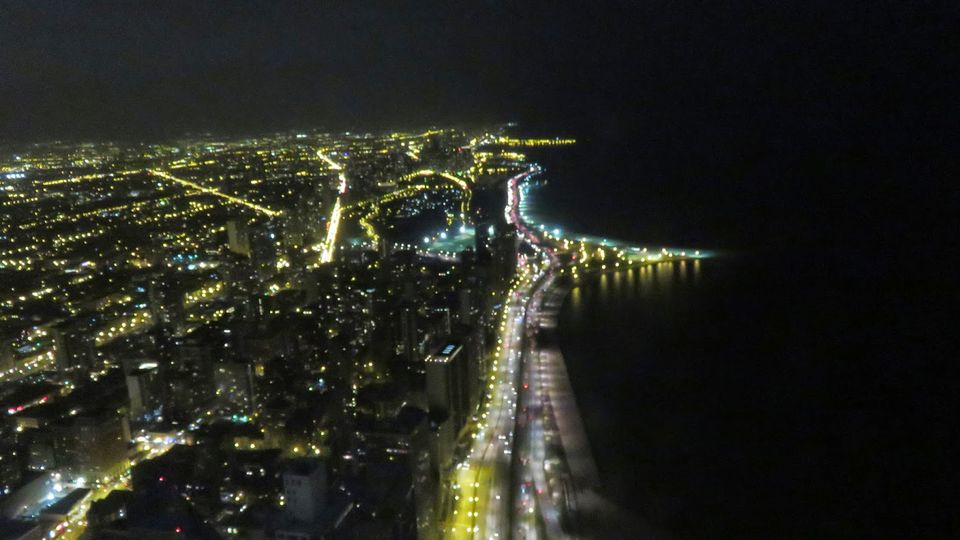 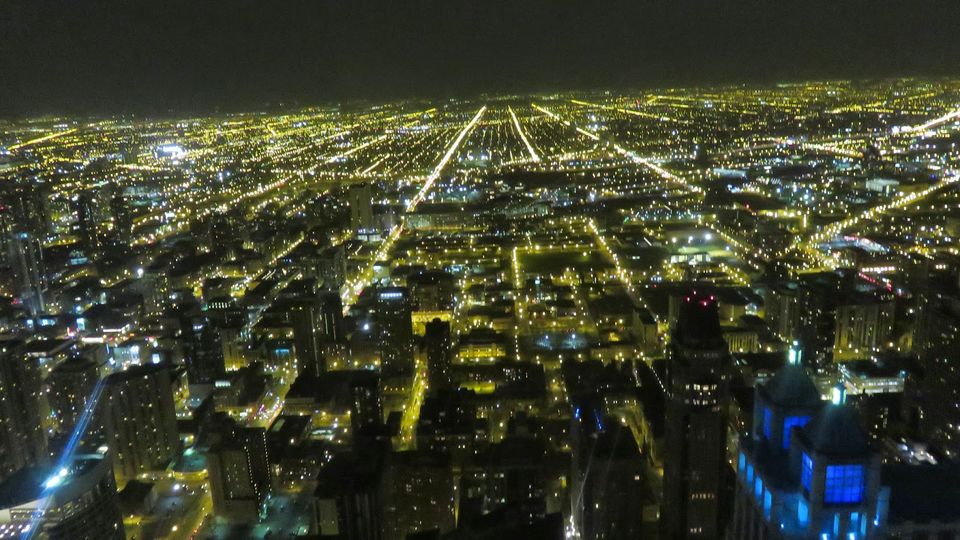 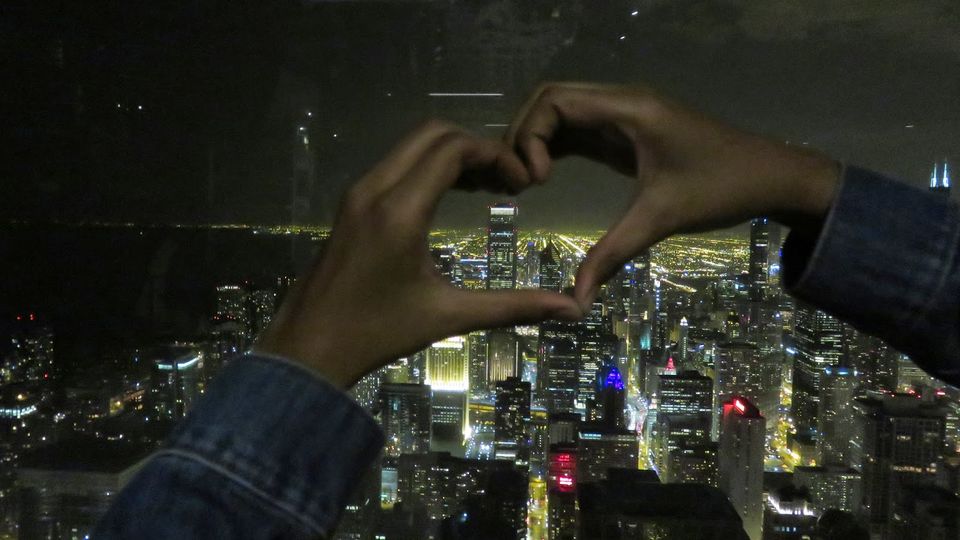 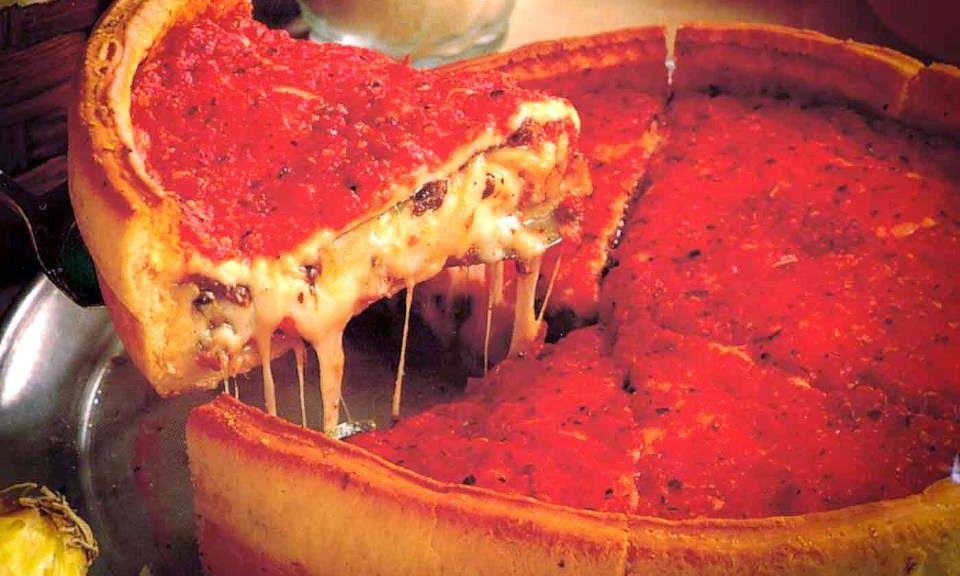 "...Tonight, so bright. And you know you're never sure, but you're sure you could be right...", I was mumbling in my head this song which described the best my drive into the flourishing city of Chicago. I was welcomed to this inspiring city by its well-known skylines and methodized jam. Chicago, that city of class which simply captivates your heart in a crack with just its name (ignoring the literal meaning that says "the native garlic plant"), making it hard to leave. As I got off to get to the main streets of Chicago, the first thing that my eyes fixed on were those insanely tall buildings kissing the skylines as I distended my neck backwards, literally, to meet my eyes with the roofs. Phew, were they high! Next thing my eyes drifted to? Dozens of dazzling high-end model cars and motorcycles. Corvettes. Ducatis. Camaros. Harley-Davidsons. Lincolns. BMWs. Oh my!

Right after roving the streets of this elegant city of men and women in vogue, I headed to the No.1 Art Museum in the world (2004), Art Institute Of Chicago.  With more than 300000 art works including works of El Greco, Grant Wood, Pablo Picasso, Edward Hopper and Van Gogh, it doesn't fail to gratify us. From sculptures to paintings, and tours to art classes, it has them all. This has been one of the largest art museums I have ever been to. Incapable of covering most parts of the museum, it prods my mind to reckon how large the Musee Du Louvre in France, is. The museum embraces some of the most engrossing paintings of the earliest times and is a twitching attraction to artistic savants.

#Fact1: Chicago has about 200 parks, 200 theaters and more than 20 museums in the city itself.
Ask anyone in the world to a name a few cities with some of the best architectural works, and Chicago will undoubtedly top most of them. Be it the tallest building in the world until 2003, or the glossy Cloud Gate perfectly visible from the main street, Chicago stands as one of the best places that has astounding architecture. To brush up my knowledge about the architecture of the city, I took one of the 75 minutes architectural boat tours- Seadog, hosted by Chopper. We started to cruise along the Michigan Lake framing the Navy Pier, which is yet another diverting attraction, all the way down the lush green Chicago River.
#Fact2: The first Ferris wheel in the world was built in Chicago too, in 1893.
A few minutes of loud music and superfast shivery cruising, with the wind blowing up face, was followed by Chopper's comically tuned-in tour about the city itself. As we sailed under the bulky bridges connecting the jammed driveways, we could appreciate the architecture of oh, so many tall structures. The Lake Point Tower, The Crain Building, The John Hancock Center and the tallest of them all, The Willis Tower (earlier known as the Sears Tower). Not only could I stretch my vision at all of them but also learn about their architects and the facts behind them.

#Fact3: The first skyscraper in the world was built in Chicago, Illinois, in 1884, was only 8 stories tall.
So your stomach snarls like a whale and you can't think of anything to eat after a busy day traveling in Chicago. What do you do? Obviously, a solution to almost everything. PIZZZAAAA! And if yours is a soul that craves for food, you do not want to miss out on the divine deep dish pizzas which is a local food of Chicago. The crispy crust, the rich flavored layers of cheese pizza is to one's liking. Having loved pizza since my childhood, I can assure you that this one's for the pizza lovers.
Bloated up with cheese deep dish pizzas, it was time for something that would digest it all with merely the sight of the city at a windy night from an angle's view from one of the tallest buildings in the city. The John Hancock Building, which gives you a 360 degree view of the city from about 1000 feet above the Lake Michigan. I had anticipated that it'd be really good. But I hadn't had the slightest idea that it would impress me to such a level. The soaring buildings which now looked rather short, dotted the mysterious looking city while the bright street lights were occupied in lining it. The Michigan Lake, one among the Great Lakes, blended to give a panoramic view from where I stood amazed. I know I could watch the city life for days together from there. It was breath-taking and was a fabulous way to end my first day at the dazzling city of Chicago.