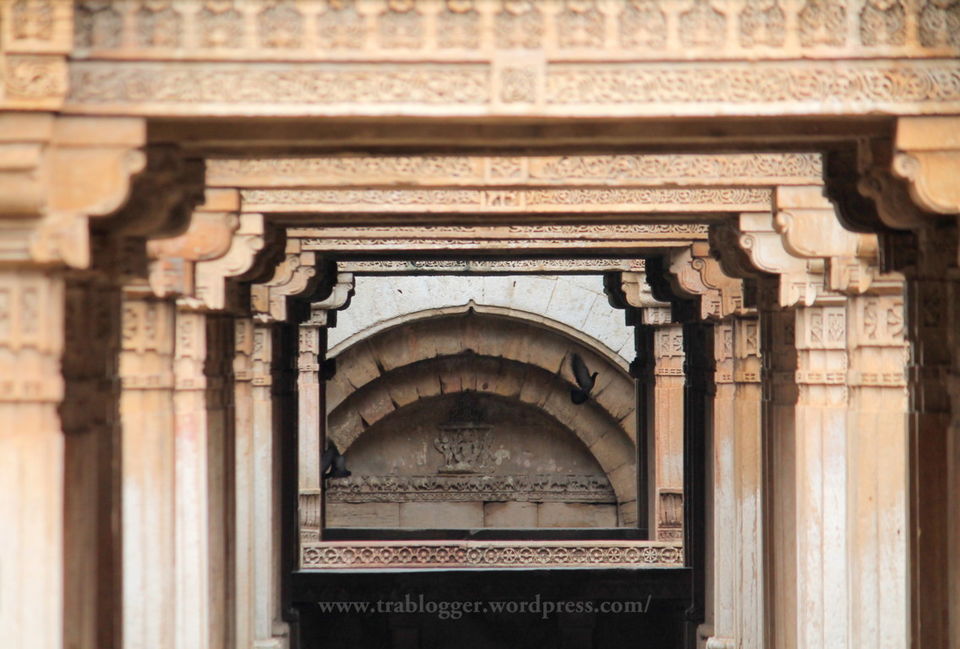 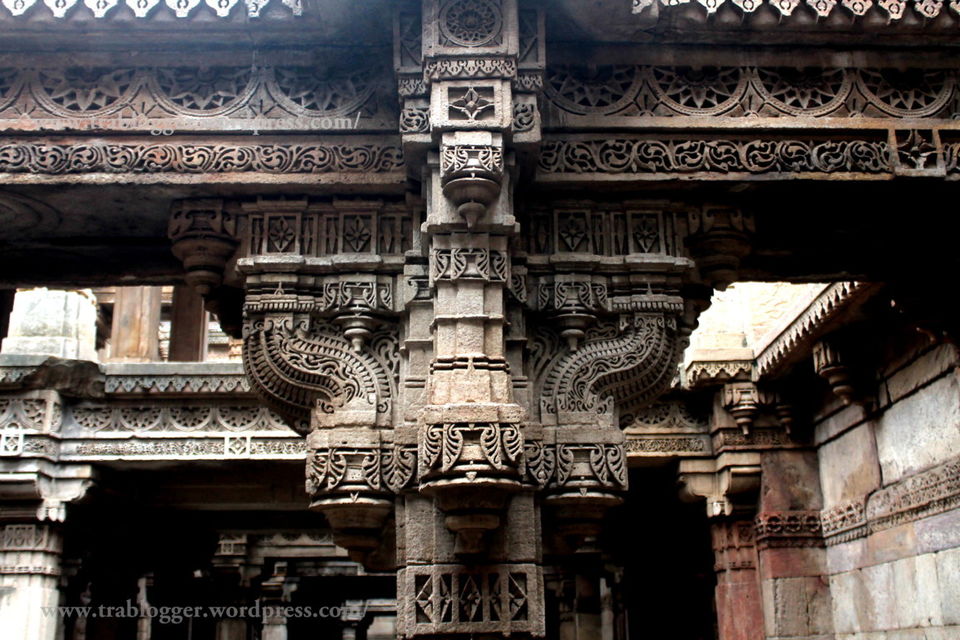 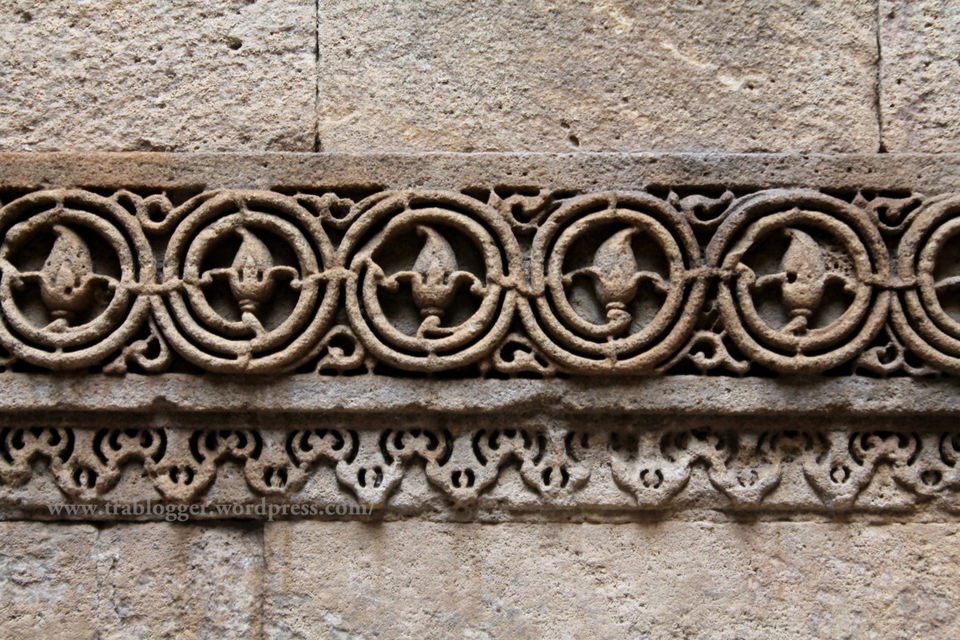 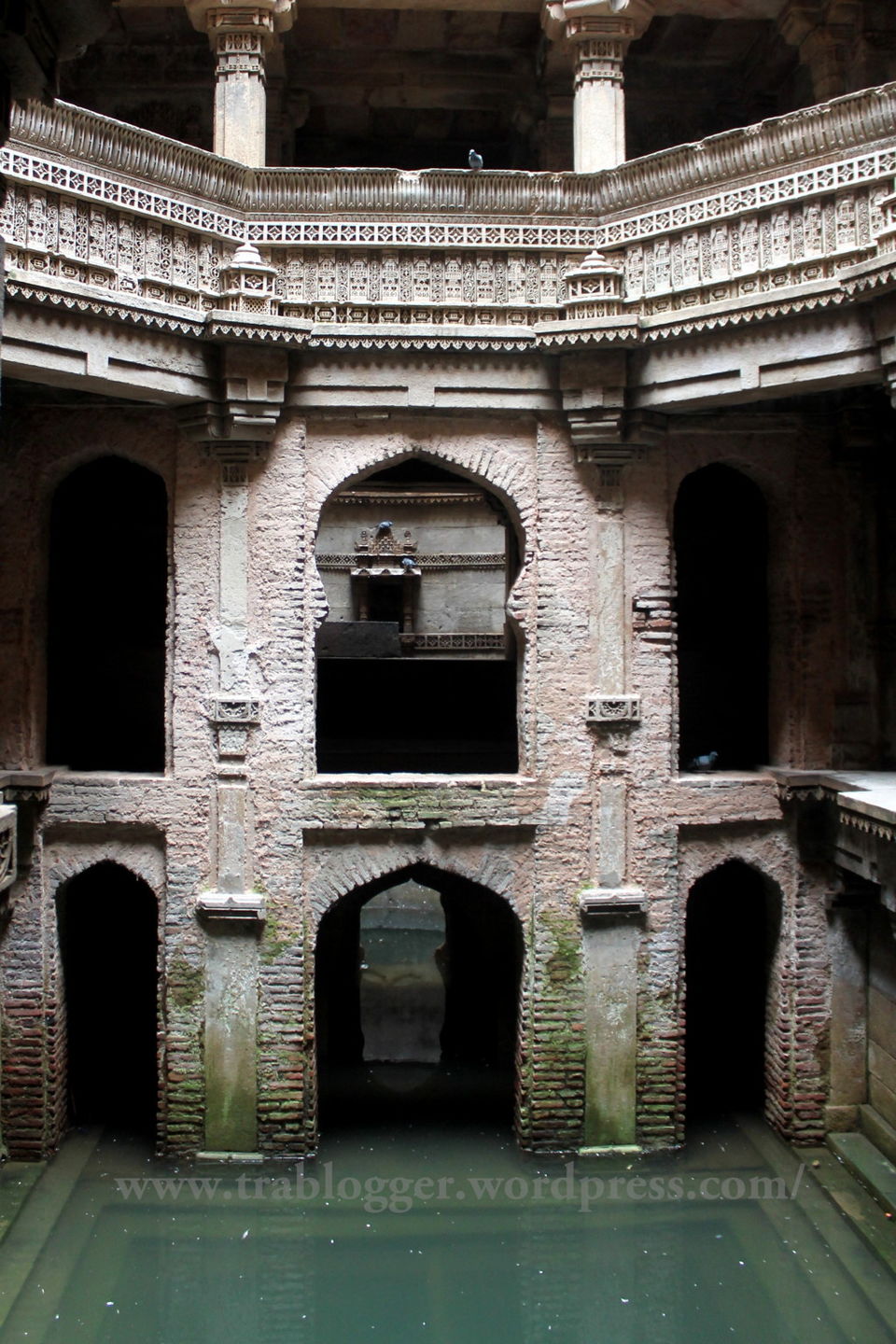 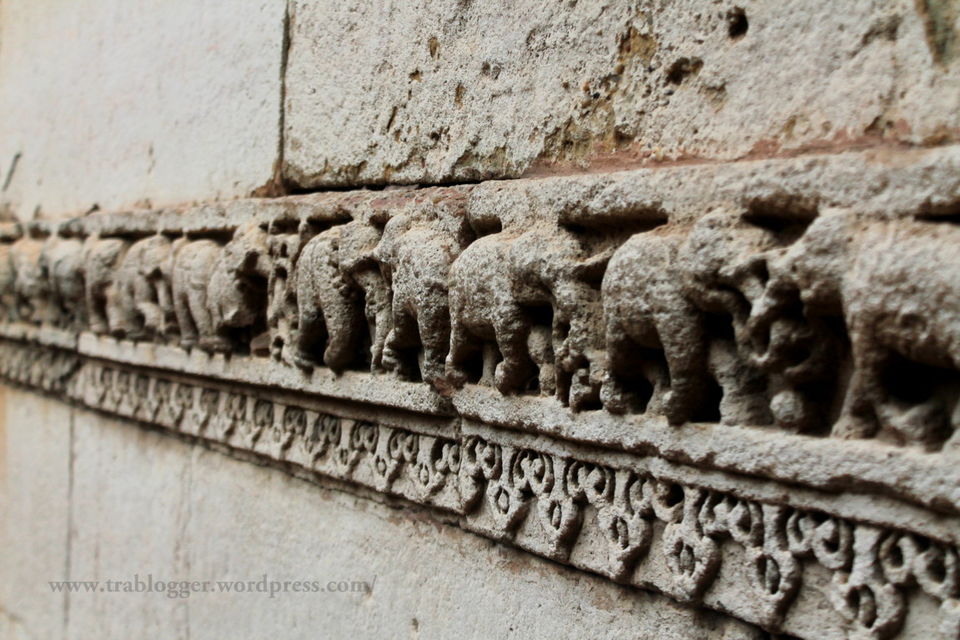 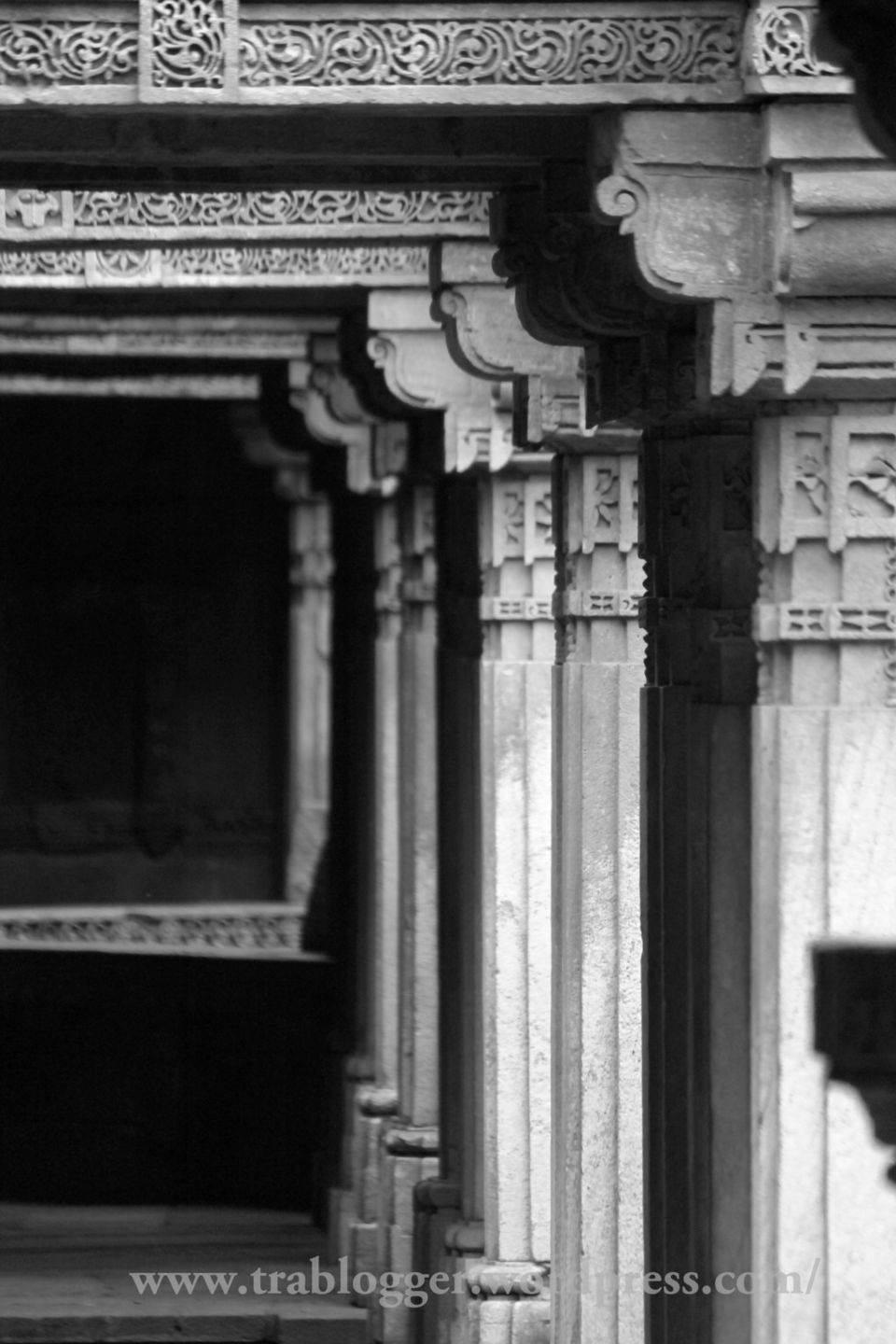 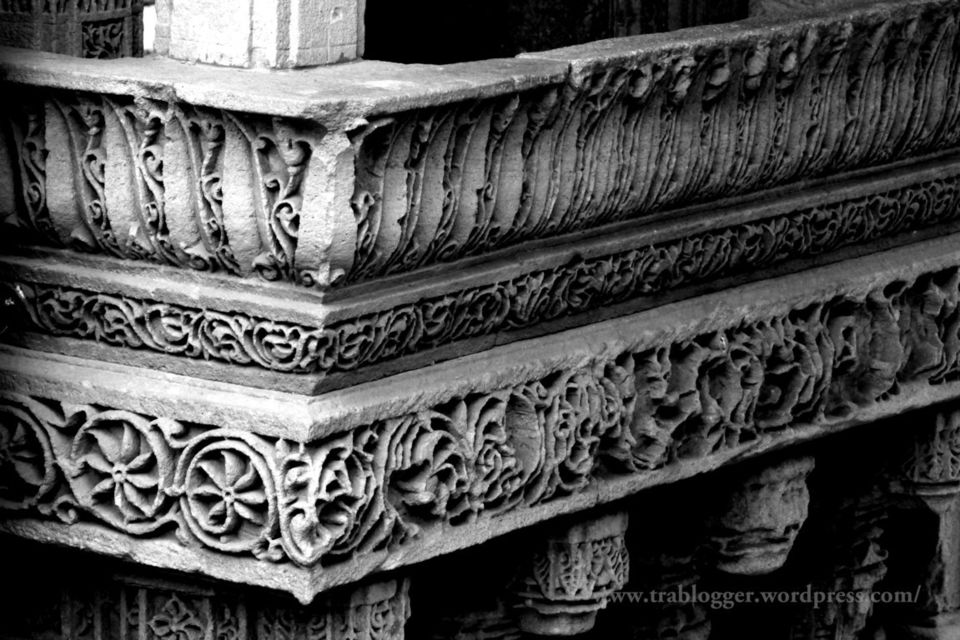 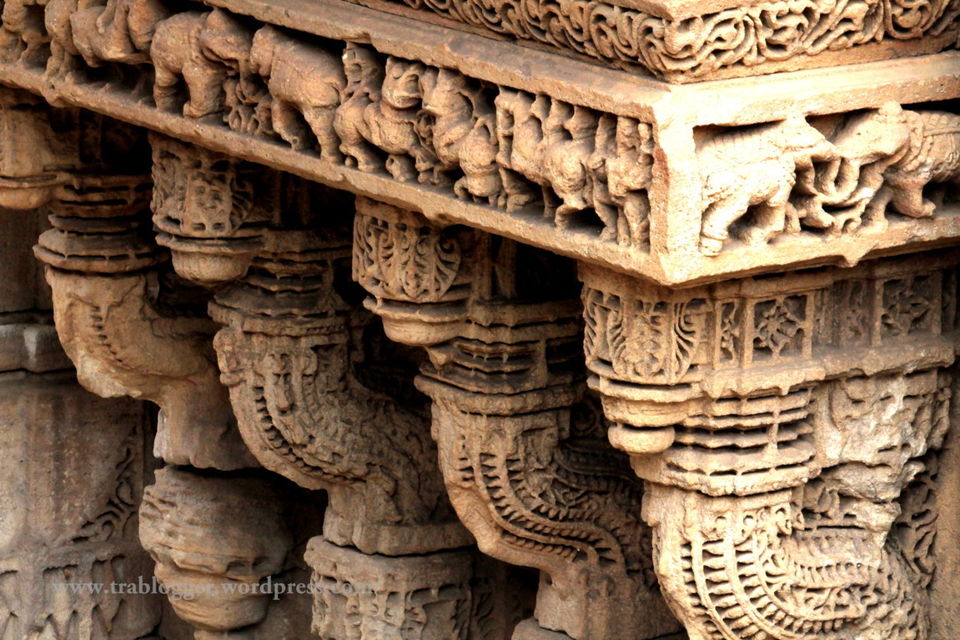 Some places seduce you by their sheer beauty. This is one such place. You can't help yourself from saying WOW once you see the carvings on the walls.


Welcome to Adalaj Stepwell. This place is 18km from Ahmedabad, Gujarat. And there stands tall, the 'poetry' that was carved on to the walls in the year of 1499. The beauty of the stone carvings on the wall is worth calling a poetry.

The building of this stepwell was started by Veer Singh and was completed in 1499 by Muslim king Mohammed Begda.  The step well or 'Vav', as it is called in Gujarati, is intricately carved and is five stories deep. Those step wells provided water for drinking, bathing and washing for the people of once semi-arid lands of Gujarat.

And this step well has a very heart touching story behind its construction.

"As per legend, the 15th century, Rana Veer Singh of the Vaghela dynasty, a Hindu ruler, reigned over this territory, then known as Dandai Desh. His kingdom was attacked by Mohammed Begda, the Muslim ruler of a neighboring kingdom. The Rana king was killed and his territory occupied by the invader. Rana Veer Singh’s widow, a beautiful lady known by the name Rani Roopba, though in deep grief at the death of her husband, agreed to a marriage proposal made by Mohammed Begda on the condition that he would first complete the building of the stepwell. The Muslim king who was deeply enamoured of the queen’s beauty agreed to the proposal and built the well in record time. Once the well was completed, Begda reminded the queen of her promise to marry him. instead the queen who had achieved her objective of completing the stepwell started by her husband, decided to end her life, as mark of devotion to her husband. She circumambulated the stepwell with prayers and jumped into the well, ending the saga of building the well in tragedy. These events are depicted on the walls of the well. Begda however allowed the well to remain without any defacing" Source : Wikipedia.

So you can see, at the heart of this beautiful monument, there is a tragic sad love story.

And there is one more sad story connected with the construction of this step well. One can find tombs of six masons who built the well near the Vav. Begda asked the Masons if they could build another similar well and when they agreed, Begda sentenced them to death instead. Begda was so impressed by the architectural excellence of the stepwell that he did not want a replica to be built.

But the art on the architecture still lives for them. The beauty is still intact. The intrinsic details of the carvings endured the time and still gives the feeling of amazement.

This amazing wonder of architecture is sort of hidden treasure though. It doesnt mean that it is not popular destination. But the way to this place is not very well maintained. Seeing the path, no one can say that it leads to such a beautiful place. So if you are going with the first impression, it wont be a correct one. At the end of the road, a wonderful surprise is waiting for you.

HotelsMap
A perfect place for architecture and design lovers. The charm of this place is in the intricate details of the craftsmanship that is visible all over the place on the Rock walls.