It was a breezy monsoon afternoon when four of us decided to visit the scenic Saraswati Ghat at (former) Allahabad, Prayagaraj. The Sky was evidently clear and we decided to go on an easy yet majestic trek alongside the majestic walls of Allahabad's Akbar Fort to the spot of Sangam.

This trek doesn't have a clearcut foot trail and we had to make our way through the thick growth of wild bushes for it was the month of Monsoon. During the summers when the banks are all dried up it is an easy task to follow this route on foot and would take around 15 minutes.

However, in Monsoon it is all slippery and covered in moss. The sand tends to subside beneath our feet at certain places yet we were enthusiastic enough to continue our little adventure. We stopped at a point from where we could do justice to the upright castle of Akbar while capturing it in our pictures. 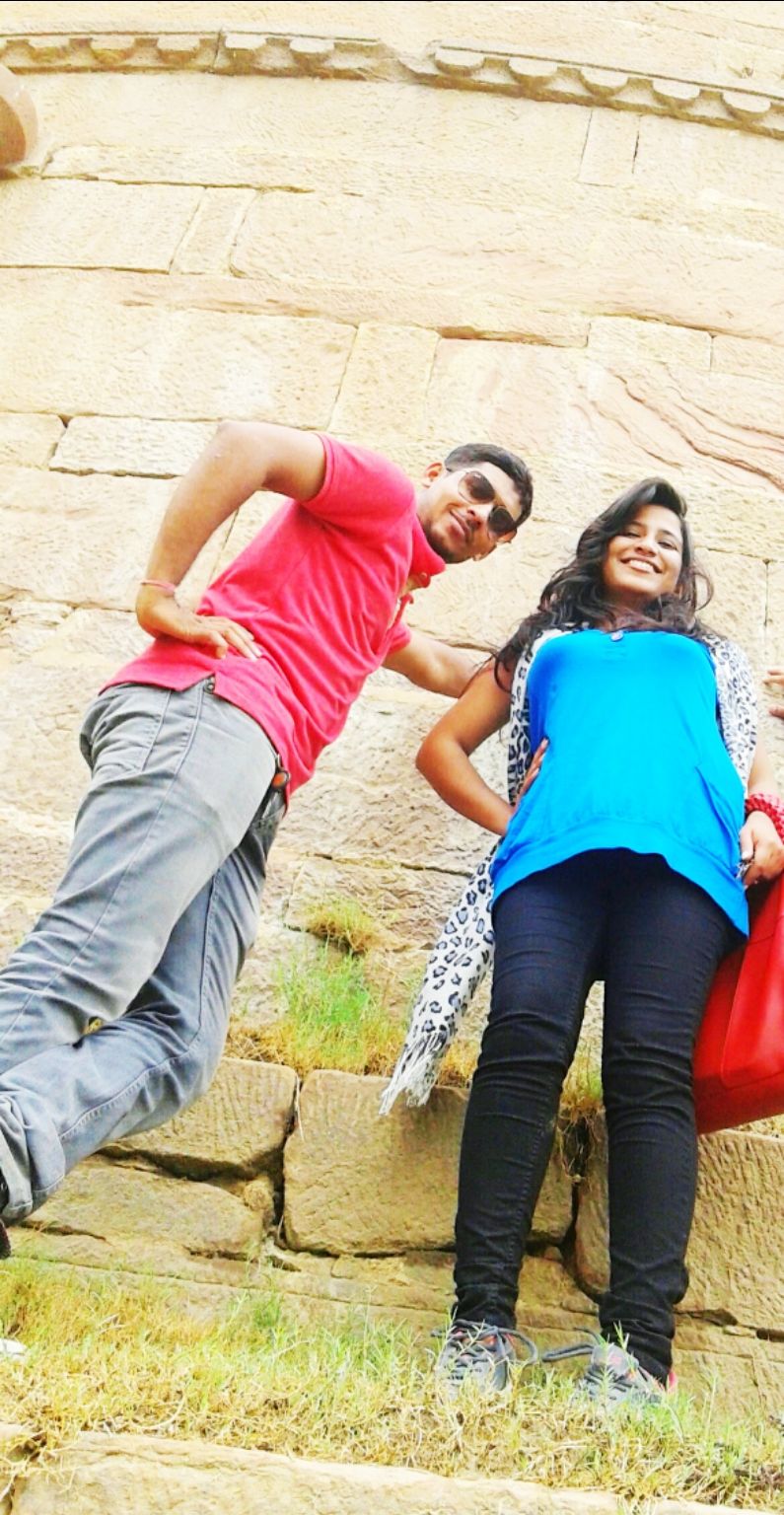 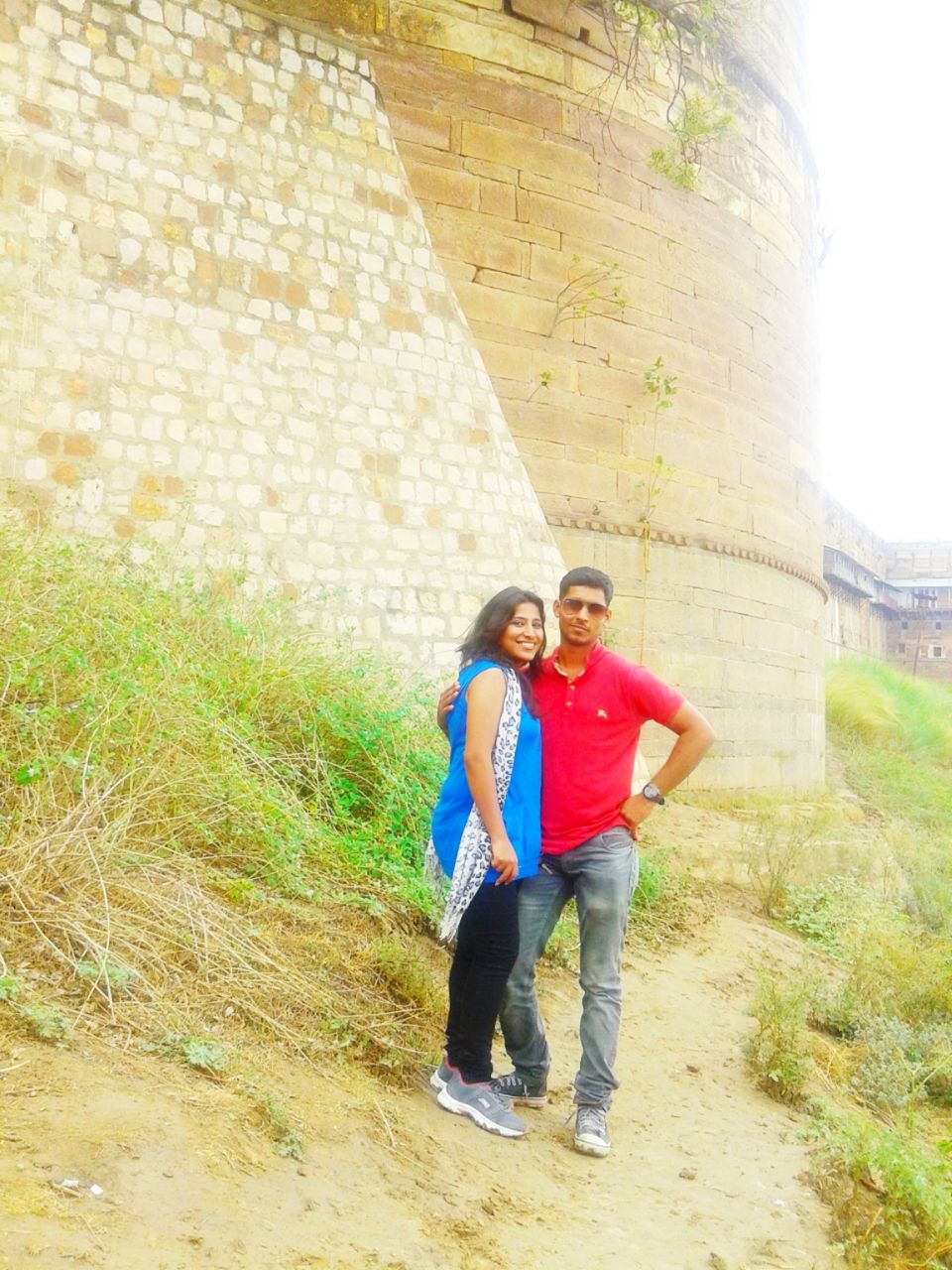 Outstretched before the Banks of river Yamuna stands the majestic Akbar Fort.. The Mughal Legacy of Prayag.. The trail that we found midway.. 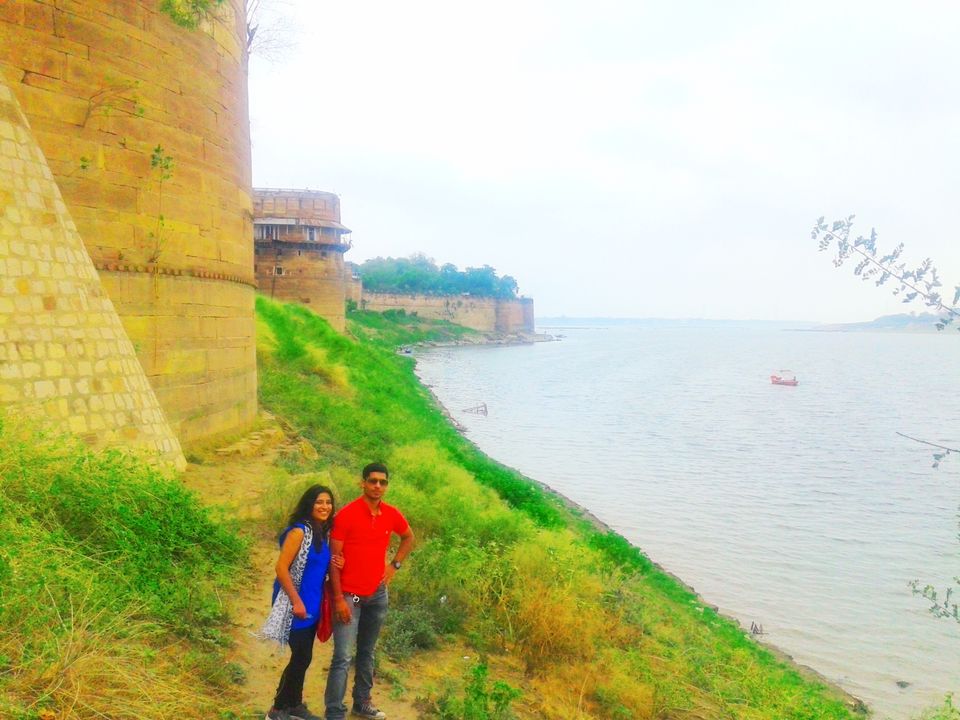 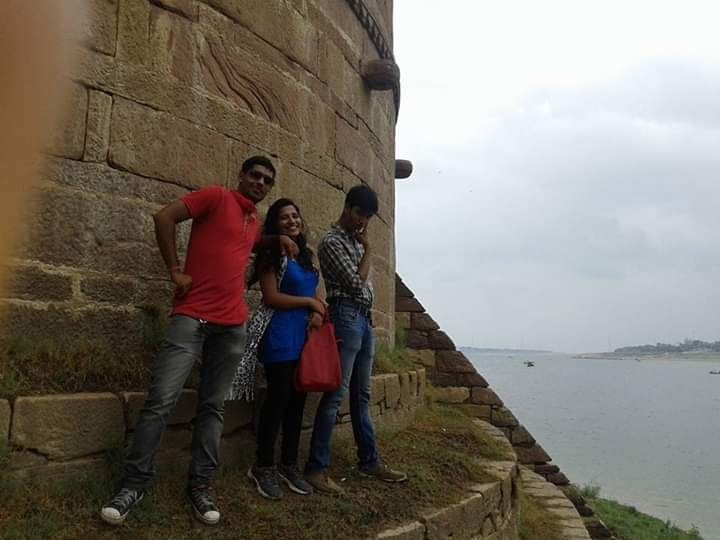 On the cliffed edge facing Yamuna 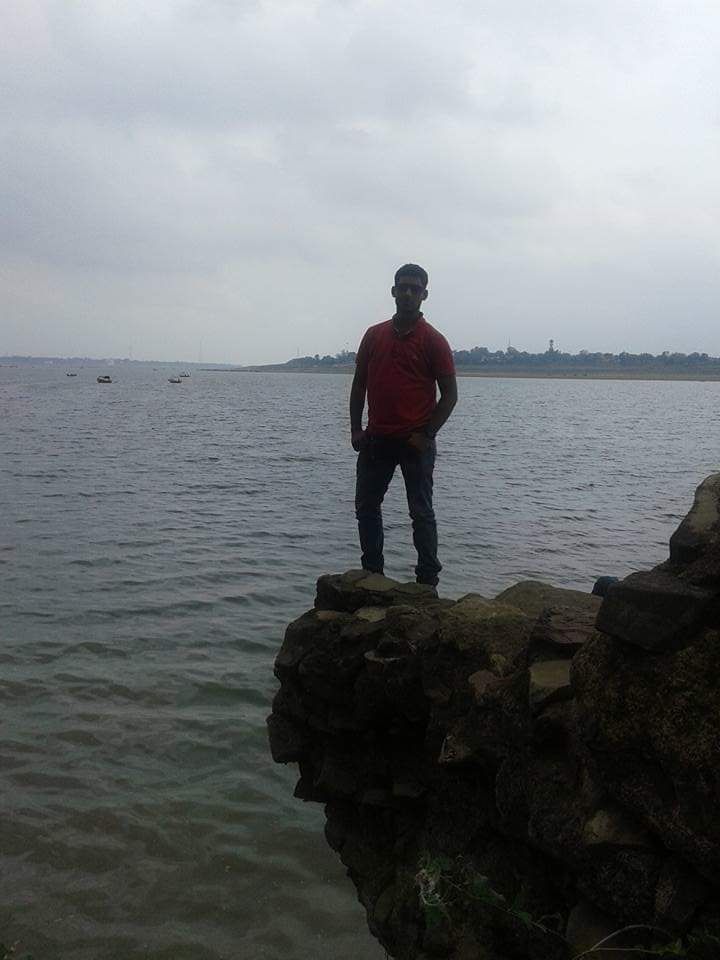 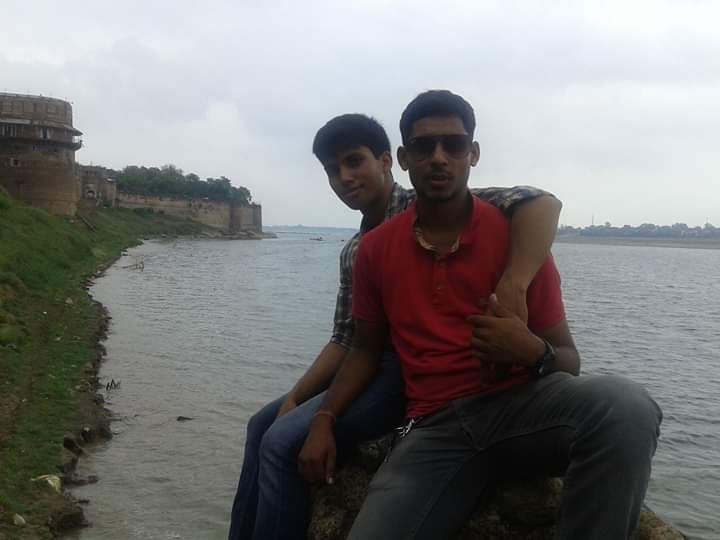 Little did we know that in a few moments we would have to have a run for our lives. Notorious for their fickleness, the Monsoon clouds quilted the sun away. Never had I witnessed the weather change that quickly. It seemed that the clouds were like the western colonisers piloting their way through in air to seize the Eastern confluence at Sangam (The clouds were travelling from West to East) . 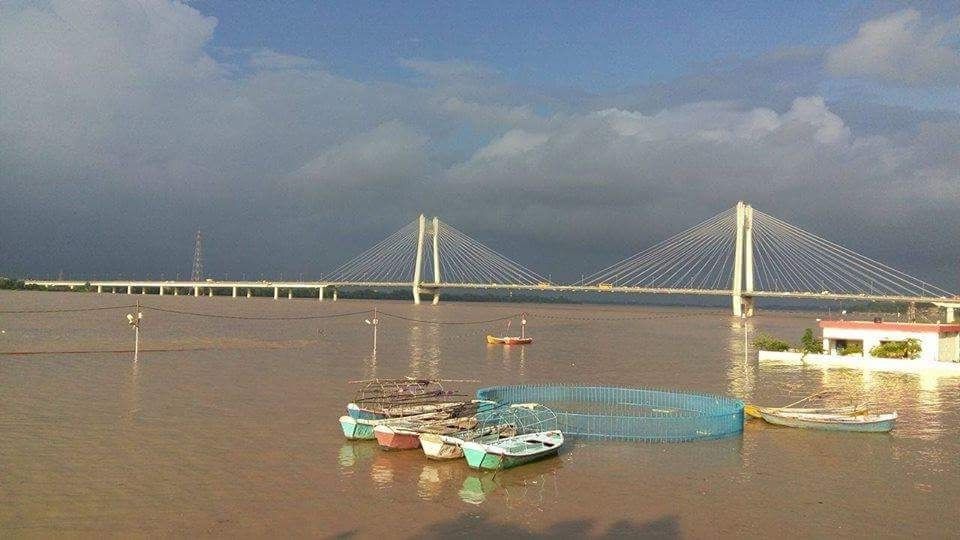 Soon, the horizon was once again brightly blue and yet the zenith was of dusk's shade. We decided to return back the way we came. We were stuck midway from both the points on our map and it has started to drizzle. Maintaining balance was becoming increasingly difficult as the drizzle changed into a heavy downpour; one wrong footstep would have taken us straight into the depths of flooded Yamuna. Our nightmare came alive when we saw the cattle, that was equally distressed in its attempts to maintain balance against the sand-slide caused by the rainfall, falling directly into the river which was now wide mouthed ready to engulf everything that the rainfall is eroding away.

Two of our friends were experienced Trekkers who decided to guide us out of this predicament. They started giving us the lead advising us to look out for snakes before grabbing on to the wild bushes as we struggled to control our limbs against the flowing soil. Everything was hazy by now due to the heavy downpour and it seemed a little too much to be cautious of the venomous snakes while trying not to drown.

Our experienced friends were continuously asking us to keep our feet firmly and obliquely to be able to walk. They held on to some wild branches, protruding from the sides of the Fort wall, with one hand and grabbed our hand with another as we slipped and struggled. It was hard to escape drowning and harder not to drown them as they risked to rescue us. It seemed as if all the water spirits were waiting for us to join their league and the rain gods were reluctant to showcase their bow. 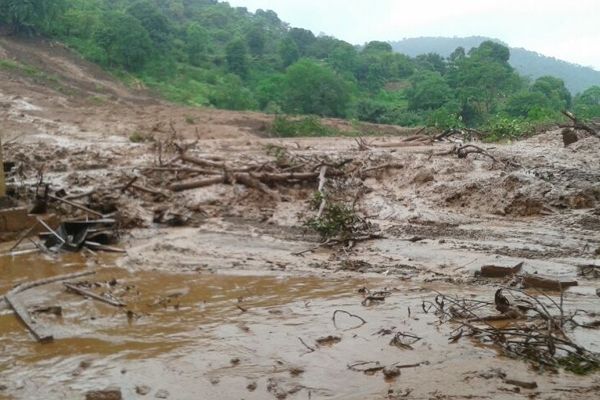 The location of Kinara Cafe 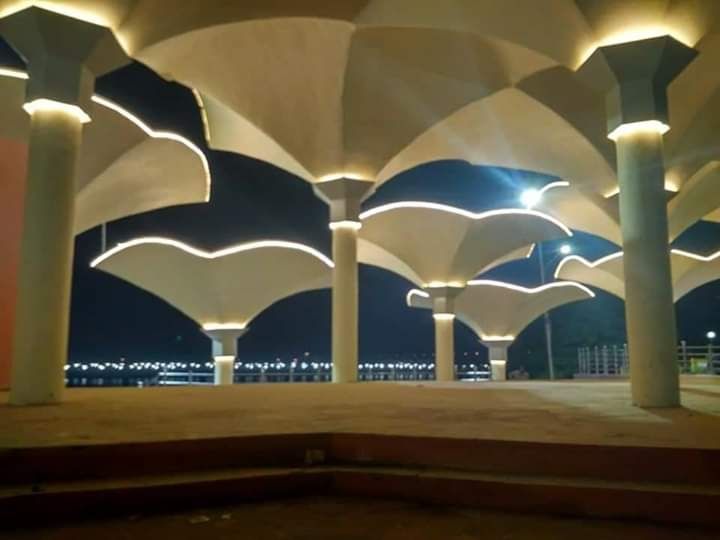 The marshy wind was adding salt to the wound by chilling our drenched selves and throwing us off whatever balance we have had left. With our bodies becoming heavier with each subsequent shower, lifting our feet was becoming an uphill task (pun intended). Even though the rougher part of the now washed out trail was covered, we were finding it difficult to stretch and hold to the side rails in the park that we had leaped over, very conveniently, only an hour ago. We cannot recall how we managed to rescue ourselves but the next thing that we do remember is celebrating our survival at the Kinara Cafe situated just there from where had began this expedition. It was now the time for sharing our newly found philosophy of life over hot coffee that was served to us in disposable cups. These disposable cups became a lifesaver as they dissipated heat to our soaked selves. The heated fumes of coffee were merging in comfortable contrast of our cold breaths as we cheered to our survival adventure that waited on the threshold of our feet.

P.S. Sometime you seek adventure; at others the adventure seeks you.

Anytime a seemingly harmless expedition can get converted into a survival adventure. 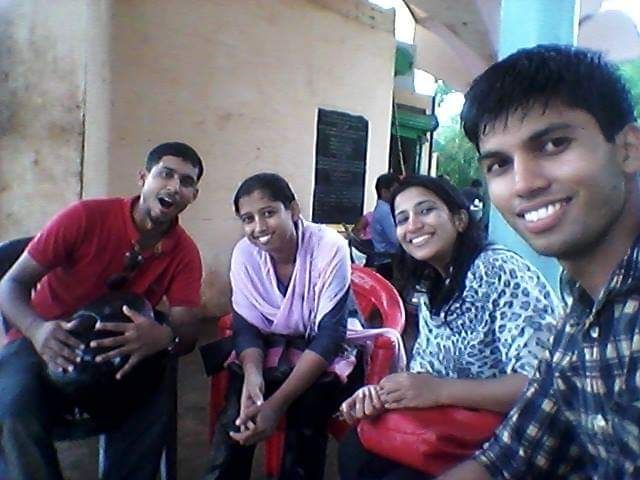