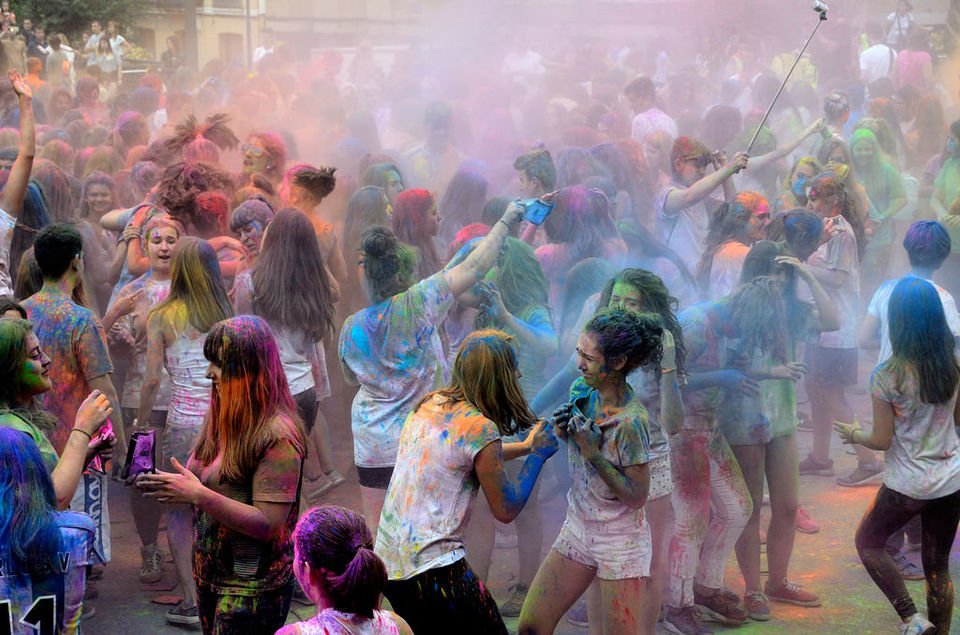 If you happen to be someone who prefers to be locked up in your bedroom every year on the occasion of Holi, here’s something that might just brighten up your day! Citti Media has announced the first edition of The Festival of Bharat, a unique four-day festival in Alwar that will celebrate the best of India. The event promises to be a meeting ground for people of all interests, with celebrity talks, musical performances, yoga sessions, debates, healthy dining and wait for it, a completely organic Holi party! Bid adieu to those Holi woes and spending the day hiding from your friends because this promises to be one memorable long weekend!

What is The Festival of Bharat?

A property of Citti Media, The Festival of Bharat can be best described as a modern-day tribute and celebration of India’s rich history and culture. The festival supported by The Ministry of Tourism, Government of India, The Indian Debating Union and The Art of Living is expected to draw visitors from over 20 countries across 6 continents. The event will see a heady mix of both home-grown talent and seasoned performers from around the world. If you’re a music lover, a food enthusiast or just someone looking to unwind, the festival spread across four days promises to have something in store for just about everyone.

When is The Festival of Bharat?

The Festival of Bharat will be held on the occasion of Holi, between 1 March - 4 March 2018, which also happens to be a long weekend!

The festival will take place in the lawns set against the backdrop of the majestic Tijara Fort in Alwar. The fort has now been restored into a sprawling property by the Neemrana Group of Hotels and makes for a glorious setting for the festival venue.

There are several inter-city trains that connect Delhi to Alwar. One can also just drive down from Delhi on the NH 48 and reach the venue in a couple of hours (100 km).

Why go to The Festival of Bharat

The festival promises a completely new and offbeat Holi experience. Here’s what you can expect over the course of the festival:

The first day at the festival, will start off with registrations and check-in of the guests, followed by welcome felicitations. Next up is the networking lunch wherein guests can indulge in some amazing foods from around the country and interact with other festival attendees. The afternoon of the first day will see an organic party which will be played using plant-based colours and minimal water. Relax after the holi party with the evening chants followed by a networking dinner. A post-dinner mass-yoga session will help you digest all that delectable food. Finally, catch a film at the open-air cinema before crashing in for the night.

The second day will start off with a group yoga session followed by a healthy breakfast. The entire afternoon features some really interesting talks and debates on religion, yoga, meditation, Ayurveda and organic lifestyle. The sessions are followed by a networking dinner and a demonstration of India’s ancient martial art form, Kalaripayattu. End the day on a musical note with performances by Prem Joshua and band, Aditya Prakash Ensemble and Pandit Hari Prasad Chaurasia.

The third day at The Festival of Bharat is dedicated to India’s glorious past. Start the day on a positive note with a yoga session and bhajans. The speakers and debaters will then take you through the journey of India throughout the afternoon. Unwind in the evening with an early dinner followed by some mesmerising cultural performances. The third night will also witness some scintillating musical performances by The Karthik Iyer Band and Dhruvaa—The Sanskrit Band.

The last day of the festival will see a horde of celebrations. After some rather intense discussions on freedom, democracy and national security through the day, the evening will see the onset of celebrations. The highlight of the evening will be the performance by popular band SANAM whose contemporary renditions of popular classic Hindi songs are bound to leave you swaying. The evening will also see performances by Jasu Khan and Pandit Vishwa Mohan Bhatt. This will be followed by the last networking dinner, while an ethnic fashion show will bring down the curtains to The Festival of Bharat.

There are several packages available for The Festival of Bharat. Click here to book yours now!

Share your travel tales with the Tripoto community by writing in here and contribute in making the Tripoto family grow bigger and better.