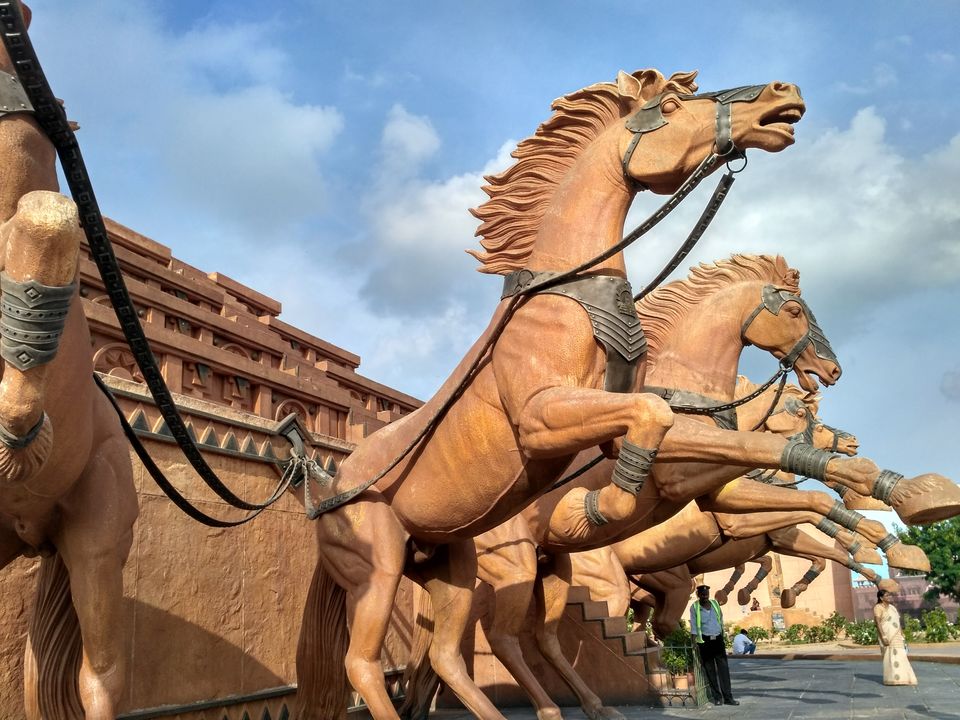 Ramoji film city in Hyderabad is well known for being one of the largest film studios in the world. Spread across an area of almost 2500 acres, it is one of the major filmmaking facility of the country. It can accommodate close to 50 film units at the same time and offers a wide gamut of film sets such as London Street, Hollywood sign, Japanese gardens, airport, hospital, etc. The recent addition to its array of sets is the Mahishmati city set for the movie Bahubali. Well, I would say that it "looked giant" on the screen. Offscreen, it looked much smaller! Judge for yourself! 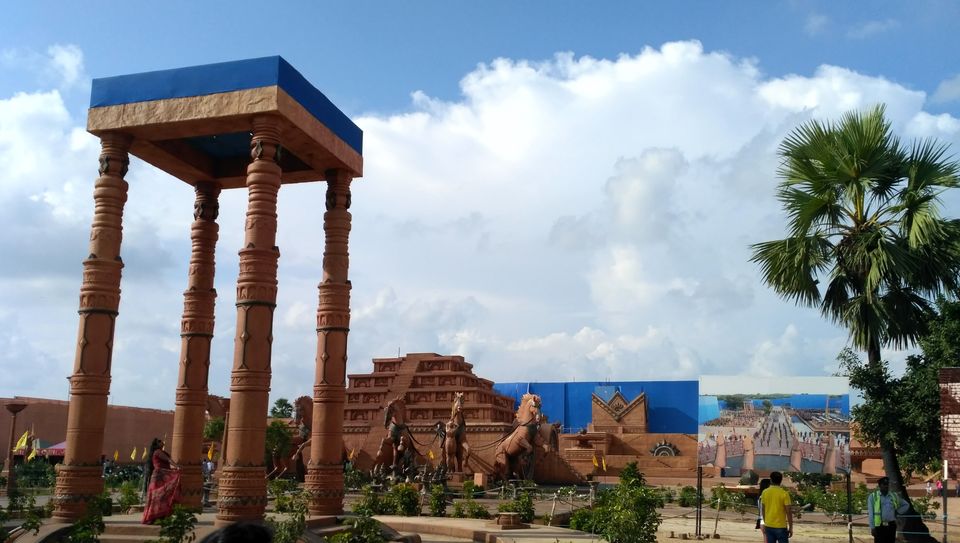 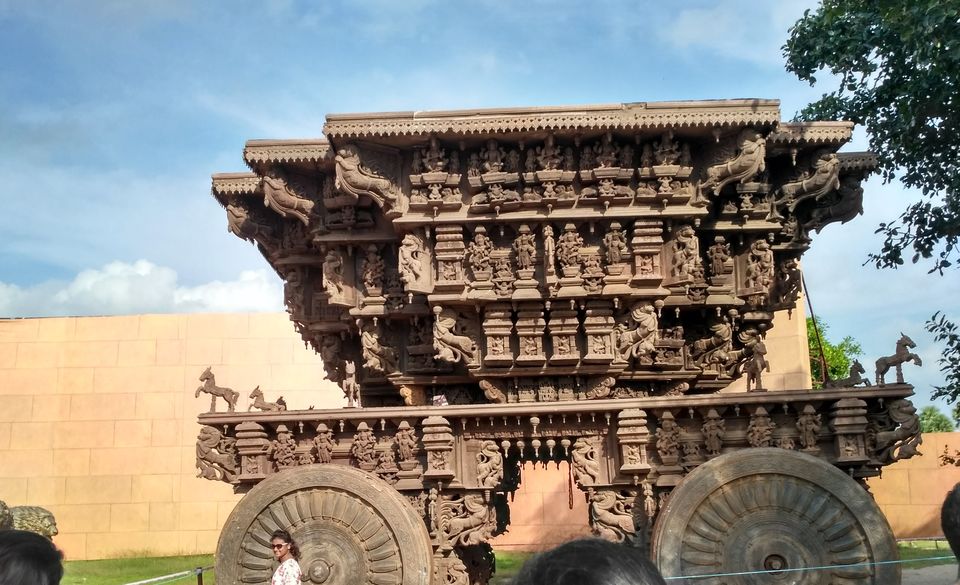 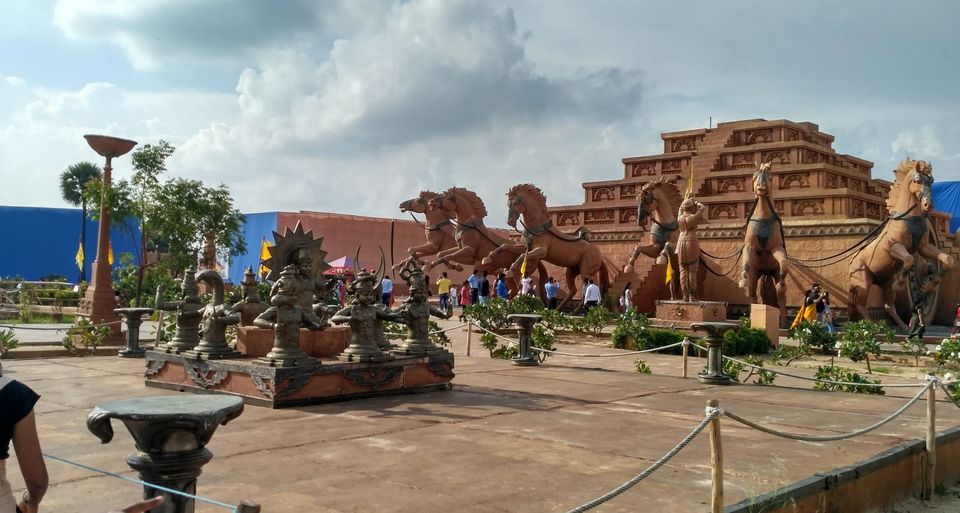 The place where Amarendra is hanged in the end scene. 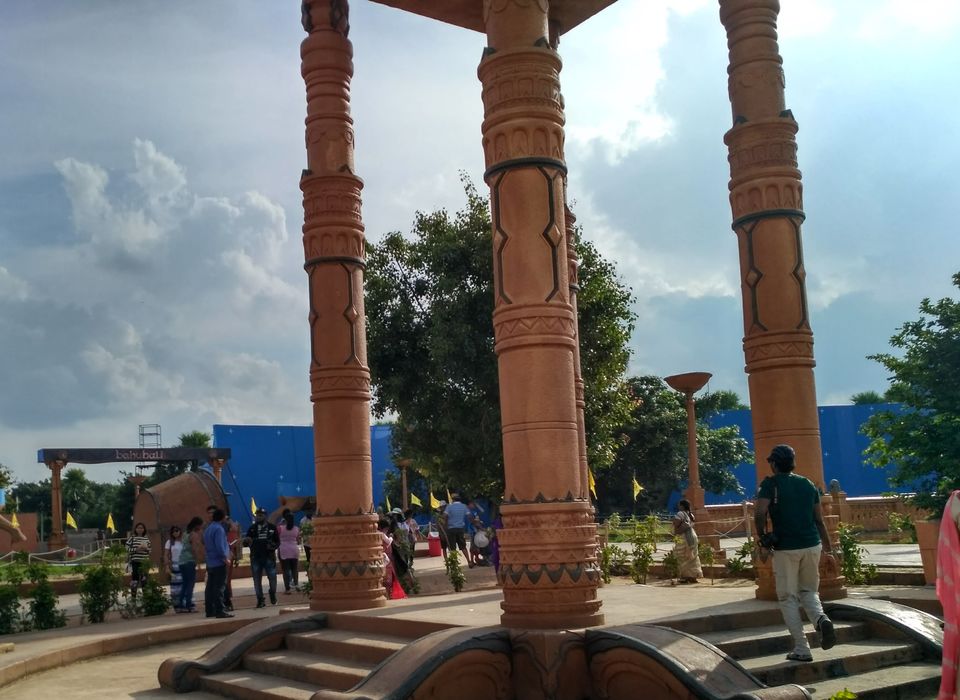 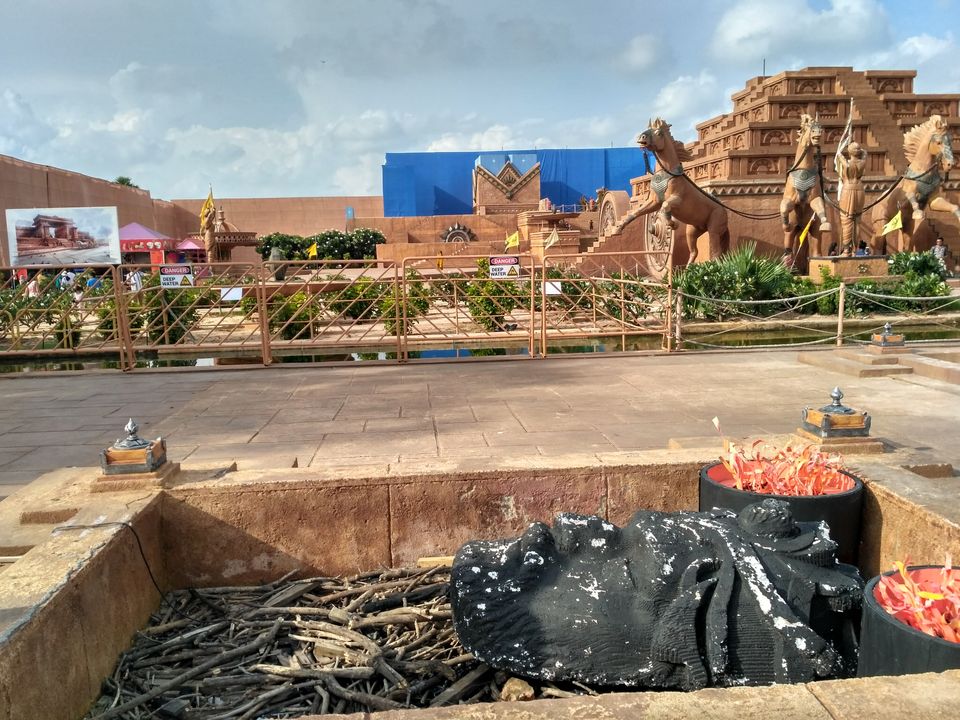 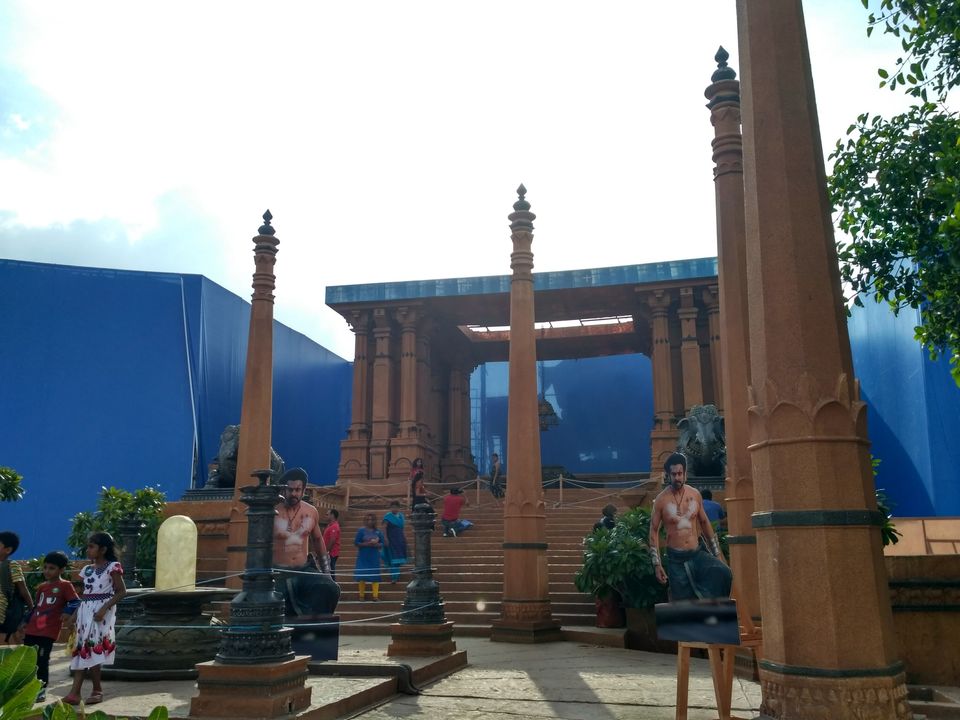 The '+' sign denotes areas which would be filled by animation later. 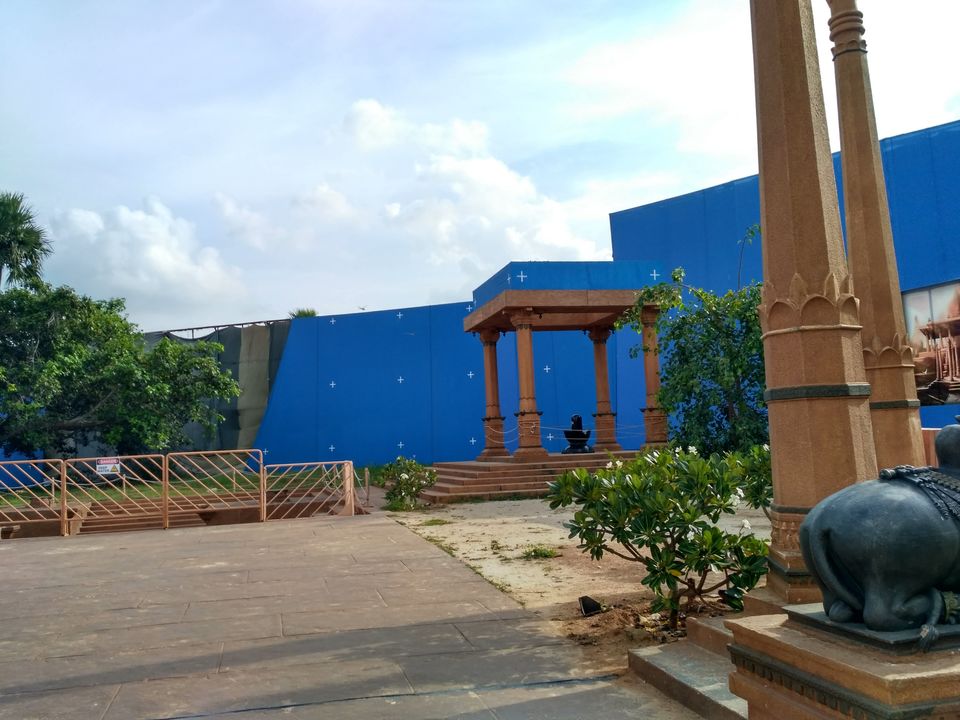 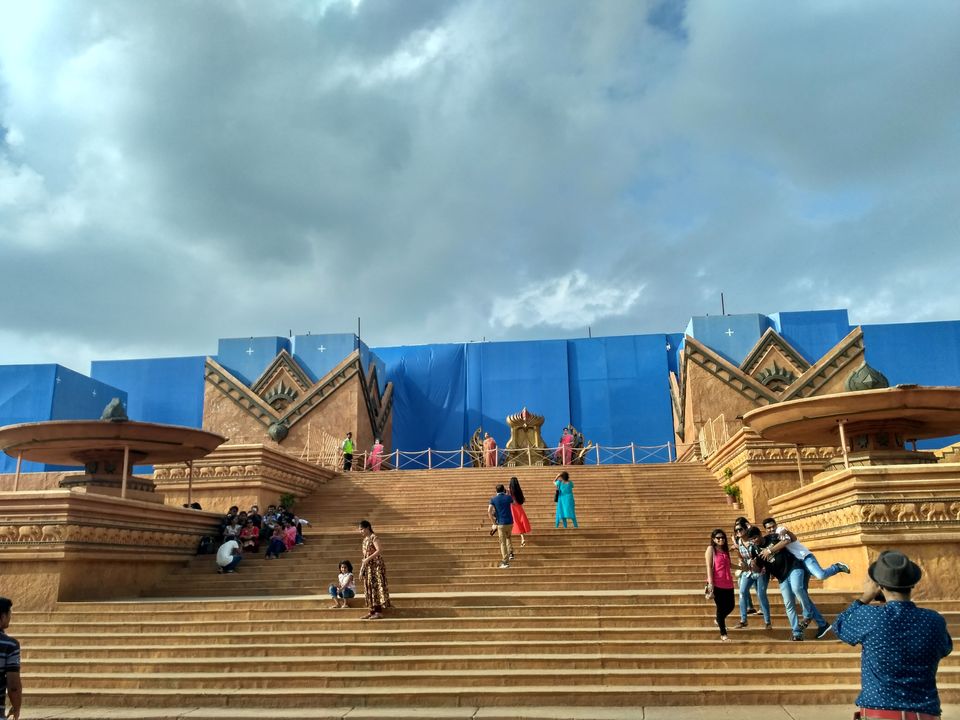 Everybody remembers this giant statue which Bhallaladeva got erected. 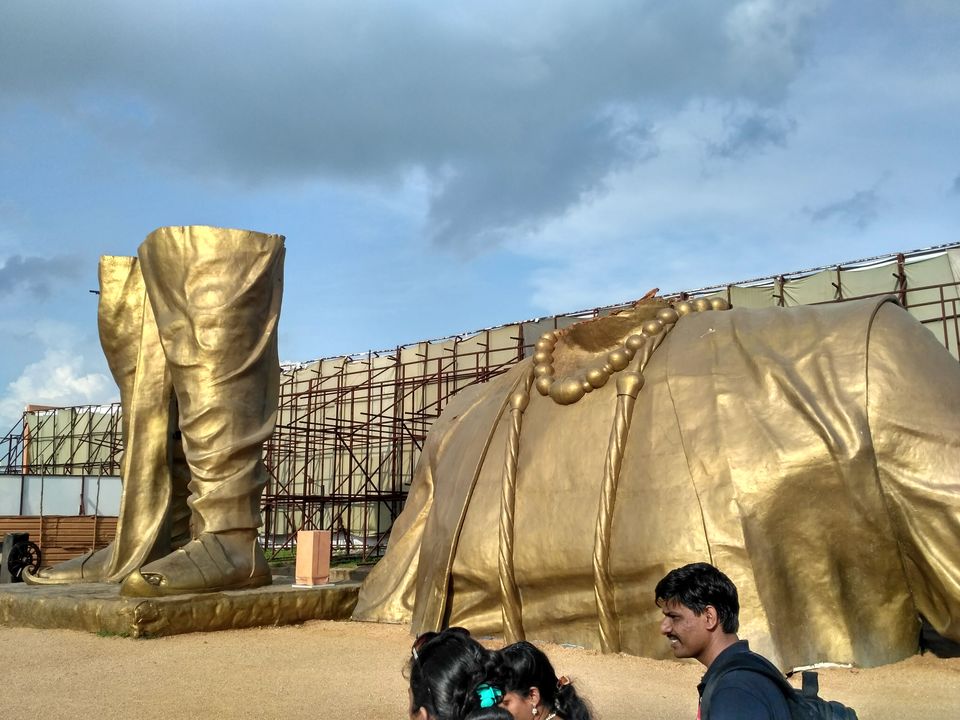 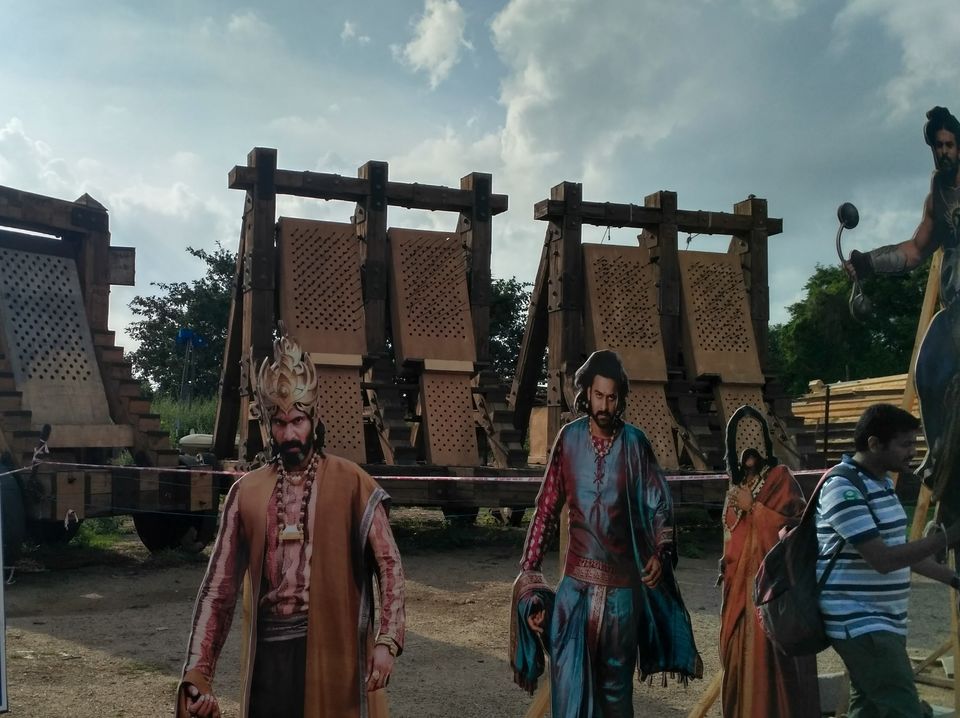