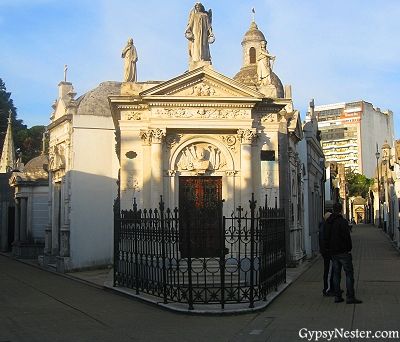 I love cemeteries. I know that sounds strange, but I do.

Cemeteries spark my imagination - the lives lived, the history interred.

The variations of markers, stark and utilitarian - or ornate and sometimes gaudy - all combine to create an intense, reverent, and moving experience. 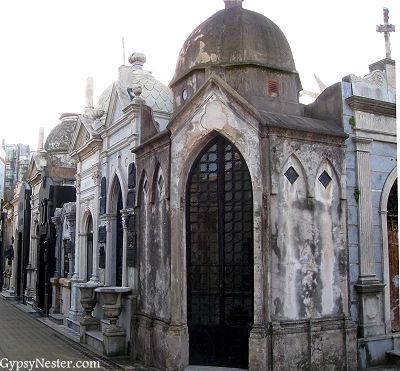 That said, it is not often that we seek out a graveyard. Usually we stumble upon them hidden away.

Not the case with La Recoleta Cemetery in Buenos Aires, it should be considered a must-see by any visitor to the Argentine capital.

We entered the cemetery through the giant gates that open into a wide path that serves as the main boulevard through the maze of mausoleums.

It felt like we had wandered into an unbelievably ornate miniature city, complete with its own skyline. 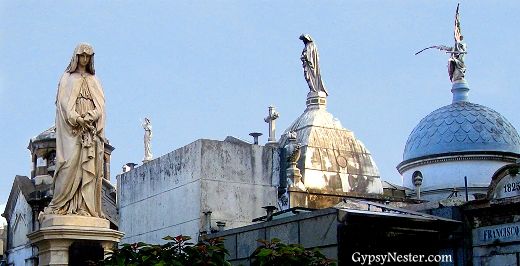 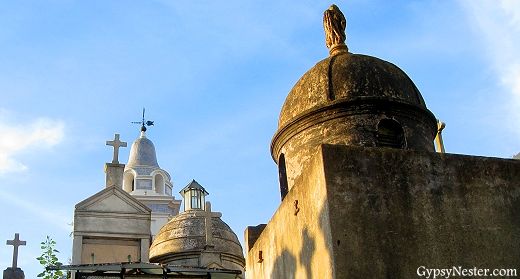 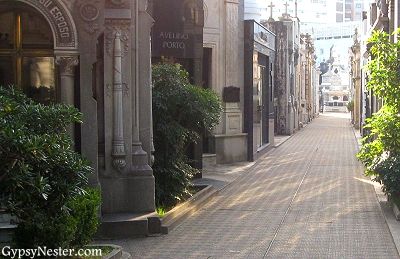 We meandered through beautifully manicured streets with cobblestones underfoot and lamps to light our way through the departed.

Porches, windows and doors seemed to invite me in, made me want to see more of how the residents lived. 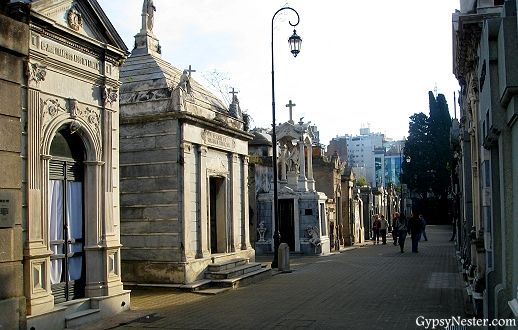 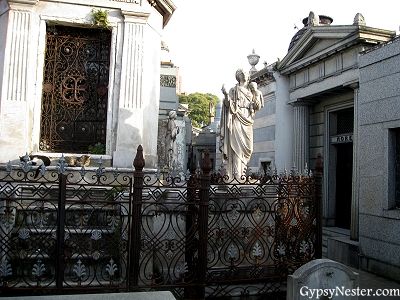 The cemetery and surrounding neighborhood were named for the monks of the Order of the Recoletos, meaning Recollections, who built the adjacent church, Our Lady of Pilar (Iglesia de Nuestra Señora del Pilar), in 1732.

Oddly, the cemetery bearing their name wasn't established until after the monks had been expelled from the country in 1822. 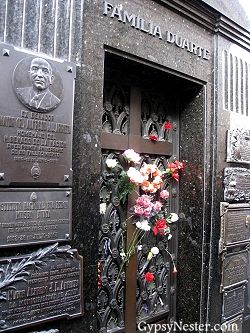 By that time the neighborhood of Recoleta had become one of the city's most affluent areas and the cemetery soon became the final resting place of choice for most of Argentina 's rich, famous, and powerful people.

Many of the country's presidents, as well as business tycoons, artists, boxers, and even one of Napoleon's grandchildren is interred here.

But the most famous resident would be Eva Perón.

Instead of trying to negotiate our way around using signs and maps, we used the old hang-around-the-periphery-of-a-tour-group-to-overhear-vital-information method.

So by circling around a group of loud, American businessmen we easily found the noteworthy tombs, including the surprisingly understated resting place of former first lady, in the Familia Duarte tomb. If it weren't for the crowd, the flowers and our covert eavesdropping, we would have never known Evita was there.

I spent the rest of the day delving deeper, in a trance, absorbing details with my camera. 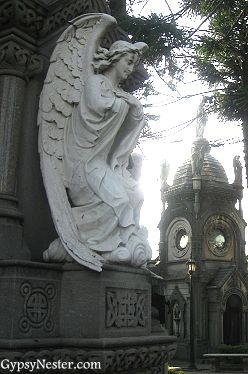 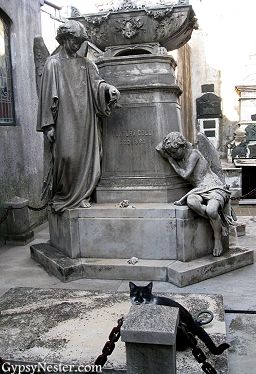 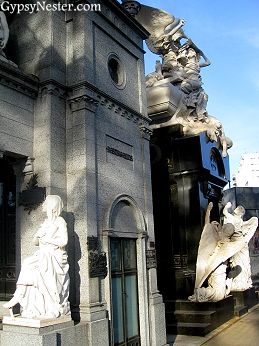 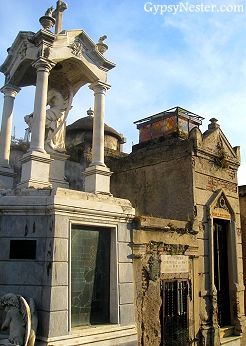 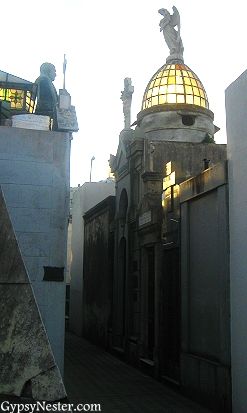 We exited through the church, where I found some interesting tributes to Jesus Christ. The depictions struck me as quite unique, an excellent description for the entire day. 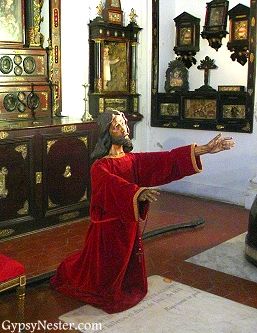 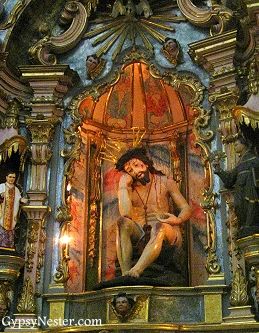 YOUR TURN: What do you think? Is this the coolest cemetery ever? Are you a cemetery lover like me?