Buenos Aires is the much sought after romantic getaway of South America. For a moment this city confuses you with it's dominant European harm, seen in it's art and architecture, but from the heart it dances to the wild tango of Latin America. Buenos Aires, is beautifully urban, chic, lively, romantic, historic, artistic and several other adjectives that can be said smoothly with the name of this city. This capital and the largest city of Argentina of Argentina invites and seduces any travelers with a carefree soul.

But, most of all, Buenos Aires is drowned in Romance. With its people as vibrant and welcoming as the city itself, Buenos Aires should be on your 2014 travel list. Romance is on the streets, in it's architecture, in its art museums, in its parks, restaurants, pubs, wineries and historic buildings. Three important things you SHOULD do in Buenos Aires are-

Have Dinner at a closed-door restaurant - the concept of closed doors restaurants is quite popular here and basically means that you have dinner at someone's house with dishes being served to you from a home kitchen. There is nothing like tasting a local delicacy coming straight out of the locals’ home. One of the most unique and adventurous concept of Argentina also called the Puerta Cerrada, meaning Closed Door dining.  A very personal gourmet experience this concept is very famous in Buenos Aires.

Watch Tango- La Boca is the district that Tango originated from. A number of centers hold tango shows. Do catch one!

Wine tasting- Argentina is one of the largest producers of wine in the world, what make you think you can skip a wine-tasting tour here? Never make the mistake!

You won't necessarily need a list of things to do in Buenos Aires. There is plenty. Feliz Viaje!

Here we were at the heart of this romantic city. Plaza De Mayo is usually the first place tourists visit in Buenos Aires and rightly so. Built in 1850, it is the center of political life in Argentina. A walk around the plaza will alone tell you of the Argentinian pride for their Independence from Spain. Lined with 19th century buildings, and some of the city's major landmarks, a walk down this square is like a walk down Argentina's history. There is much to learn and watch here! 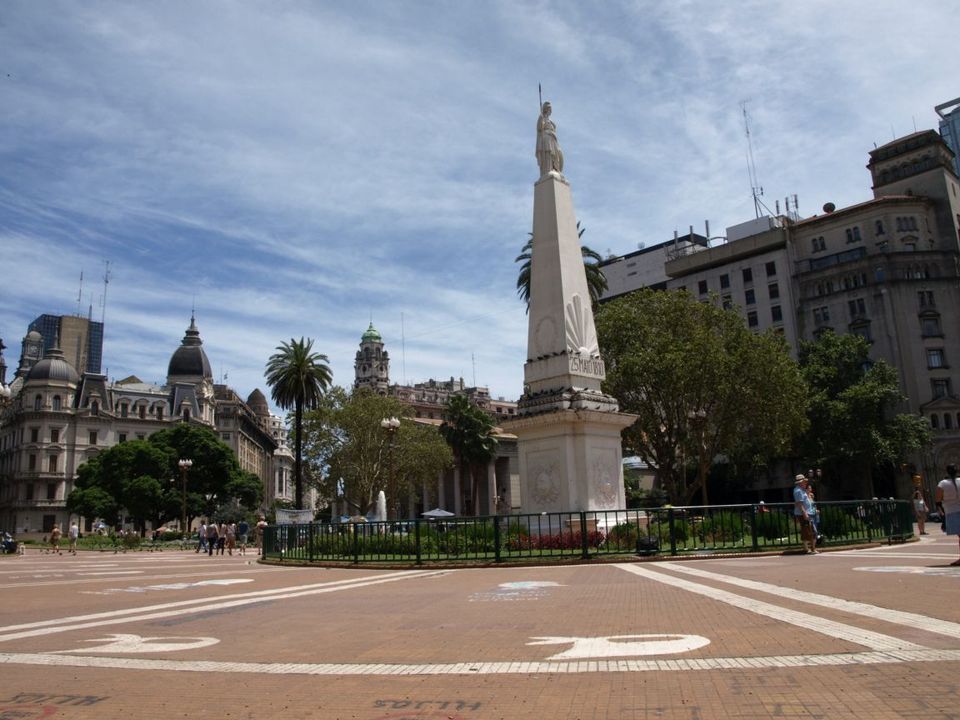 There are a lot of historic and politically important structures in Plaza de Mayo, but this one deserves a special mention. If you know of anyone who has visited this city, you will definitely find a picture of this building on them. This is mostly because this lovely rosy structure instantly catches your eye. One of Argentina's National Historic Monuments, Casa Rosada is used by the executive wing of the President of Argentina. It's baby pink colour is what brings the charm and makes it stand out amongst the rest. There is a museum inside that record the history of all of Argentina's Presidents. There is quite a lot of security here but generally the place is quite tourist friendly. 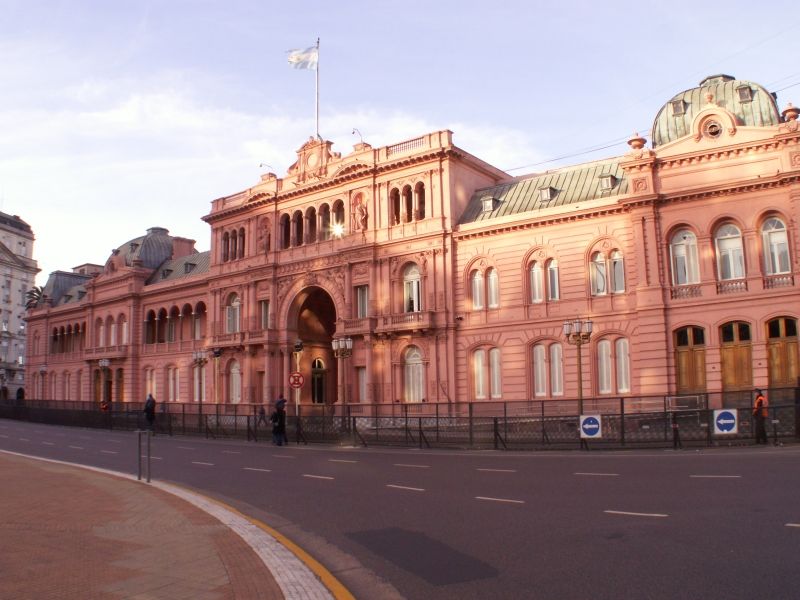 One of the most unique and adventurous concept of Argentina is Puerta Cerrada, meaning Closed Door dining. This basically means you are invited into a chef's house (a small restaurant looking place) and are served delicacies right from his kitchen. A very personal gourmet experience this concept is very famous in Buenos Aires. Casa Salt shaker has been running for around six years now with two magnificent people, Chef Dan Perlman and host Henry Tapia invite tourists in to taste some dishes created specially for them. The largest group they allow is of 12 people and it is a great cultural and social experience to eat together. You are sure to meet some interesting people and even if you don't, the food is to die for! 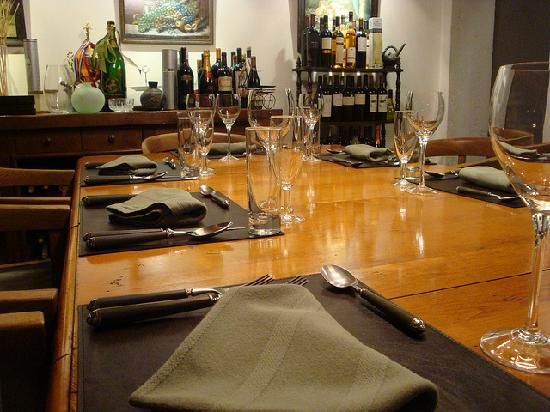 This large downtown district is enticing when it comes to both history and Architecture. It is the most affluent neighborhood, with chic buildings and expensive hotels. Apart from walking on its wonderful, meandering streets, there are quite a lot of things to do here. The most popular spot here is the Recoleta Cemetery, which is like a huge cemetery. It is amongst the top 10 cemeteries of the world (yes, there is such a list!) and has tombs of many important people, like most of the past Argentinian Presidents and Napoleon's grand daughter. This district boasts of a Parisian style of Architecture and in many ways forms the cultural center of the city. You can find a number of art displays, concerts, plays, cinema etc at the Centro Cultural Recoleta situated here. 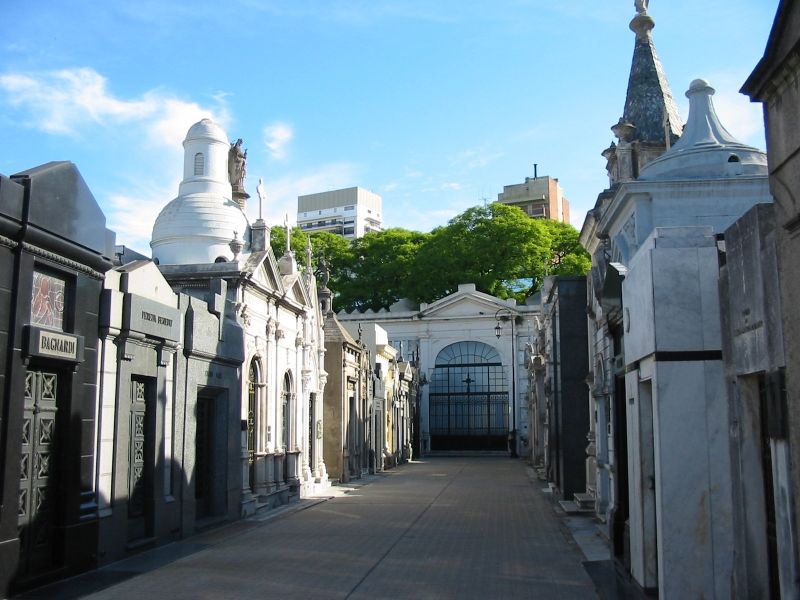 Most romantic cities are incomplete without an art museum. So, is Buenos Aires and The museum of Fin Arts is what completes it. One of the oldest art museum's of Argentina, this displays some of the best 19th century collector's edition pieces. With around 688 major permanent displays and 12,000 minor works, you can easily spend the entire day here roaming in its 34 exhibition halls. Moreover, the entry to this fabulous place is completely free! 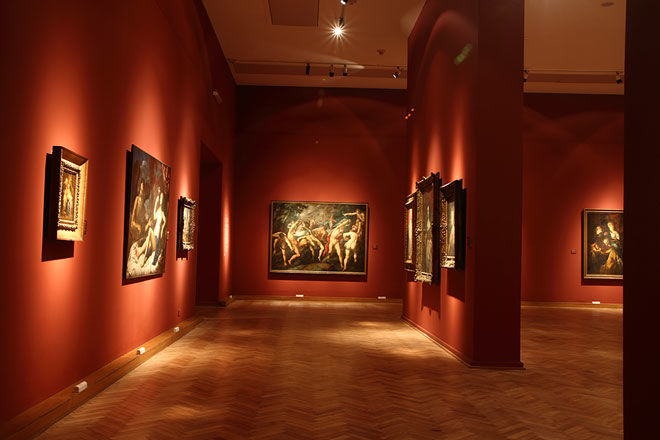 This place literally invokes the romance in the city. Also called the Palermo Woods, this area is a giant green space, with boats, lakes, trees, garden, flowers, and everything you need in order to fall in love. The park is mostly for lazing around, but if you are looking to do something, visit Museo de Artes Plásticas Eduardo, yet another place with a grand display of art. The Garden of Poets will explain why most poetry is always around love and life. The Paseo Del Rosedal has around 12,000 rose bushes made up of around a 1000 species of Roses. 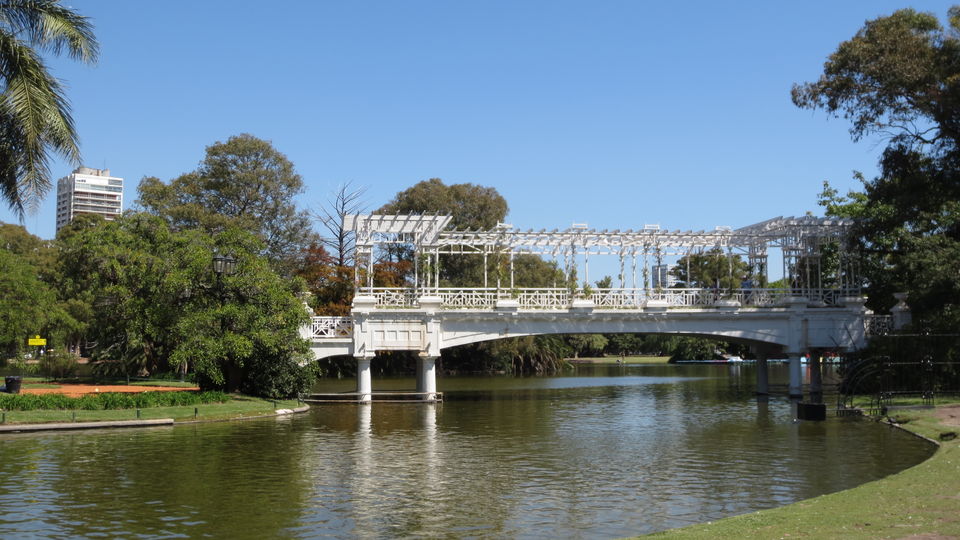 It would be shameful to leave one of the largest producers of wine in the world, without some wine tasting. The Anuva Wines in Palermo Soho provides the best of Argentina's drinking experience. Providing a unique and diverse collection of wines from various wineries in Argentina and pairing them with delicious local food, Anuva wines gives you the best of both worlds. Their tasting tour further gives you information on the kinds of wine and the making process. You can also purchase and ship some amazing wine bottles home. 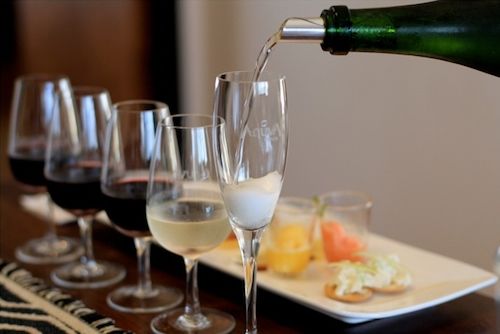 Finding the perfect hotel in Buenos Aires could be a bit traumatic. Either you up your budget and pick a lovely luxury option (Like the Four Seasons that is raved about by the tourists) or you go for more of a bread and breakfast kind of a deal. Between these two options lie the Casa Calma, a boutique, classy hotel that gives you luxury at the best rates. It is cozy, quiet, comfortable and has the best access to the city. 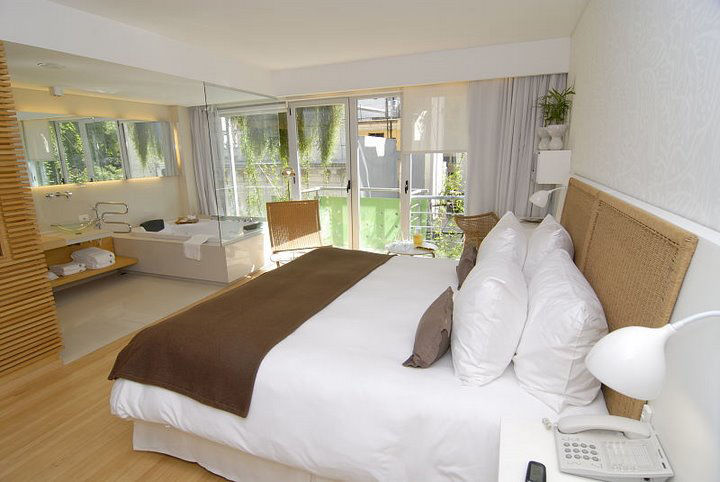