All You Need to Know about Abha- Nageri! 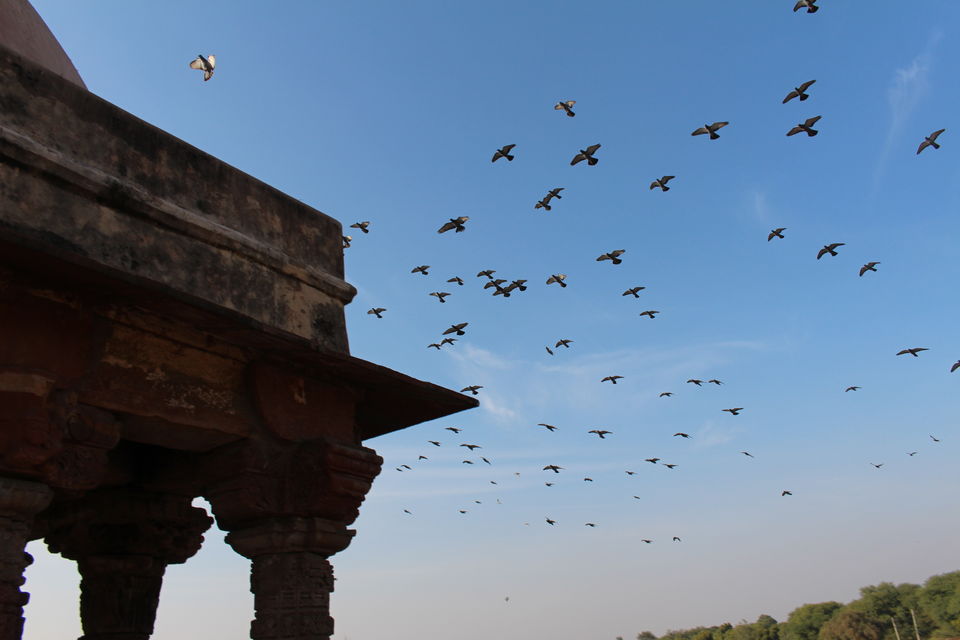 Rajasthan is a treasure trove for tourists and travelers alike. The usual landmarks are generally flooded with tourists, so this time I decided to hunt for something that is relatively off the beaten track. Abhaneri, the 13 storey step-well quenched my longing to see something that was not thronged by people.

So, Abhaneri or the Chand Baori as it is famously known is one of the spectacular step-wells located 95 kms away from the Pink City. Let me be honest with you, this place is immensely beautiful. Before going, I had seen a 1000 photographs of this place , yet the moment I entered I was completely spellbound by this marvel. Rajasthan is known for its erratic monsoon cycle. In ancient times when there were no pumps and pipes, these stepwells served as storage tanks and places of religious and social significance. In the present day, these wells are just records of the past.

Abhaneri is located in Dausa district of Rajasthan and is easily accessible by road. King Chandra etymologically named the village as Abha Nagri, meaning "city of brightness," but over time its usage got distorted and it came to be known as Abhaneri. The Baori consists of three flight of stairs descending into the earth. The flight of stairs and the palace are all arranged in a square pattern with the well lying at the very bottom. 3,500 narrow steps arranged in perfect symmetry, which descend 20m to the bottom of the well. The palace at the bottom of the Baori was a place for the royals to stay during hot summers days. There is a large courtyard all around the Baori from where you can get picturesque views. The covered areas surrounding the courtyard house intricately carved sandstone artifacts and idols. The steps form a magical maze and resultant play of light and shadow on the structure enhances the allure of this place.

The Harshat Mata Mandir is located opposite the step well too deserves your time. Though the temple is in ruins, its beautiful craftsmanship is still visible. Harshat Mata is regarded as the goddess of happiness who spreads joy to the entire village. Islamic invaders destroyed the temple in the 10th Century and various artifacts and idols are kept around the premises of the Temple.

There is a tiny marketplace outside the Stepwell where you can find cool knick knacks and colorful memorabilia. Do make it a point to take a stroll inside the tiny village where the simplicity of the villagers will enchant you.

How To Reach Abhaneri:

From Jaipur catch a bus to Sikandra (Rs 50-86, 1 and a half hours), and then hire a jeep for the 10km ride to Abhaneri (est. Rs 250 return). You can also get a local bus from Sikandra for the first 5km that you can then take an auto rickshaw to reach the Baoris.

You can also catch a bus from Jaipur to Gular, and then walk 5km to Abhaneri.

An ideal way to ditch all the hassle would be to hire a taxi from Jaipur to this city.