From Turkey with love

HotelsMap
In December it's time to wait to receive the best news, the best gifts and be with those we like. And my December 2013 was like this. Until the day my love told me that he was going to work for 6 months in Turkey.
As a capricorn, I always thought I could take it and that distance would not be so complicated. I also feel like I'm a superwoman when it comes to feelings. But I was wrong.
He left Portugal in January and a little bit of my heart went with him too. Only at the end of March I could travel to see him. It seemed like the end of time!
In spite of my sins there was another strike of the airport workers, specially of some airlines. So afraid that I couldn't make it and couldn't return for a moment to the arms of my love, I went to the airport and try to get the most out of the flight. And I did it! Thanks Turkish Airlines!
My way to the airport, the wait at the airport, the plane trip and the night before ... They were too complicated to control the emotion and anxiety I felt.
Upon arriving at the Istanbul airport, I received the strongest and most loving and longing hugs I could feel. It must be love on the brain!
Istanbul is equally astonishing and exciting from the first moment you leave the airport. The city occupies both shores of the Bosphorus and the northern Marmara Sea, which separate Asia from Europe in a north-south direction, making Istanbul the only city on two continents. And the boat ride could not be more beautiful ... and blue.
These rides hand in hand had another taste. From the magnificent Blue Mosque, Basilica cistern, Grand Bazaar, Hagia Sophia, Süleymaniye Mosque, Ortaköy Mosque to Anıtkabir, Kocatepe Mosque, Seikmenler Parkı and Ankara City Botanic Park.
All Turkish nooks and crannies must be explored. They all have their surprises and charms. From the Bazaars, its spices, its food, its sun, its people, its landscapes and views and all its atmosphere.
I traveled to be with whom I belong in a certain way. Since this trip we have done many others. The last one was backpack style from Mumbai to Darwin for almost 6 months. And I still feel that I belong to his side.

From Turkey with love. 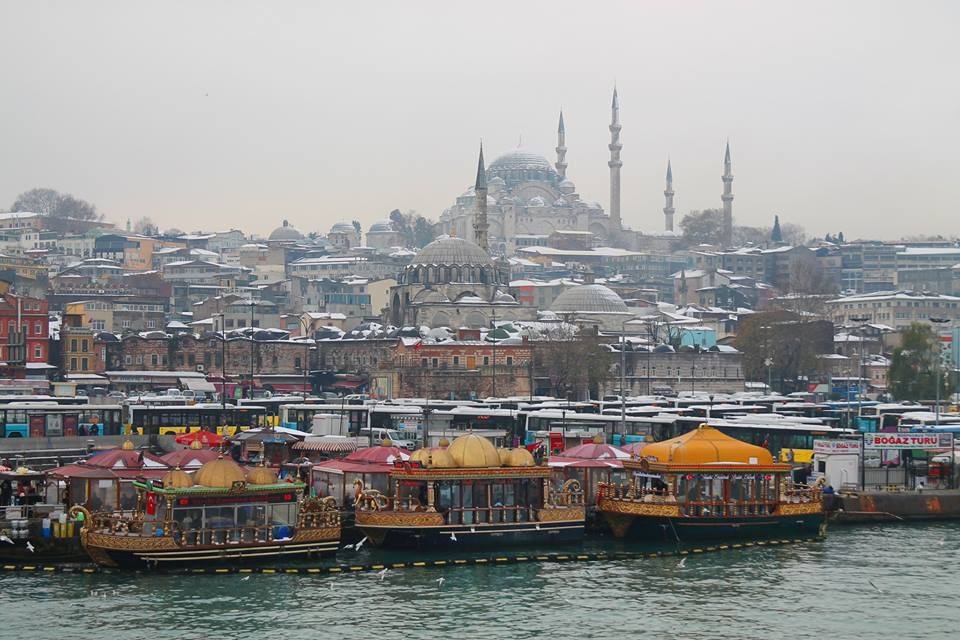