A Lesson In History: Istanbul, Turkey

I read about it in history books - Constantinople - the capital city of three empires – A gem that glitters on the body of world history. The name itself has kick in its sound – Is-tan-bul, the land where East and West, Europe and Asia visibly meet. But honestly, Turkey never figured in the top five on my must visit list. But with less than 24 hours to my flight to Istanbul. I was getting super excited! Here is why:

It is not as old or as historic as its rivaling ’Hagia Sophia’ but like the grand building it stands facing, Sultan Ahmet mosque popularly called ‘the blue mosque’ is the dream of an emperor, his highest aspiration, standing out like the solitaire bedecked in a ring amongst its contemporaries.Its victory stroke is that it is not dead yet. Its spacious halls, glistening ceramics and chandeliers hanging from sky high ceilings are all alive with the prayers of many believers that knock on its doors and kneel on its floors. While outsiders to the faith queue in front of its majestic doors, waiting for their turn in its grand courtyard examining its galleries.When the clock bids and the devotees depart, the vistors enter eagerly. Failing to mimic the order of the believers, the visitors totter around in deference holding their shoes in plastic bags, admiring the mosque and appreciating the delicate carving at the mihrab from a distance. After a few minutes of silence, pictures and videos, visitors make a quiet exit into the courtyard. There are six elegant minarets from where the call for prayers is made five times a day, nine mighty domes that reverberate with devotion, the 260 windows that let in the light and 20,000 blue tiles fitted on its ceilings – all tell the story of four hundred years that it has been standing for. 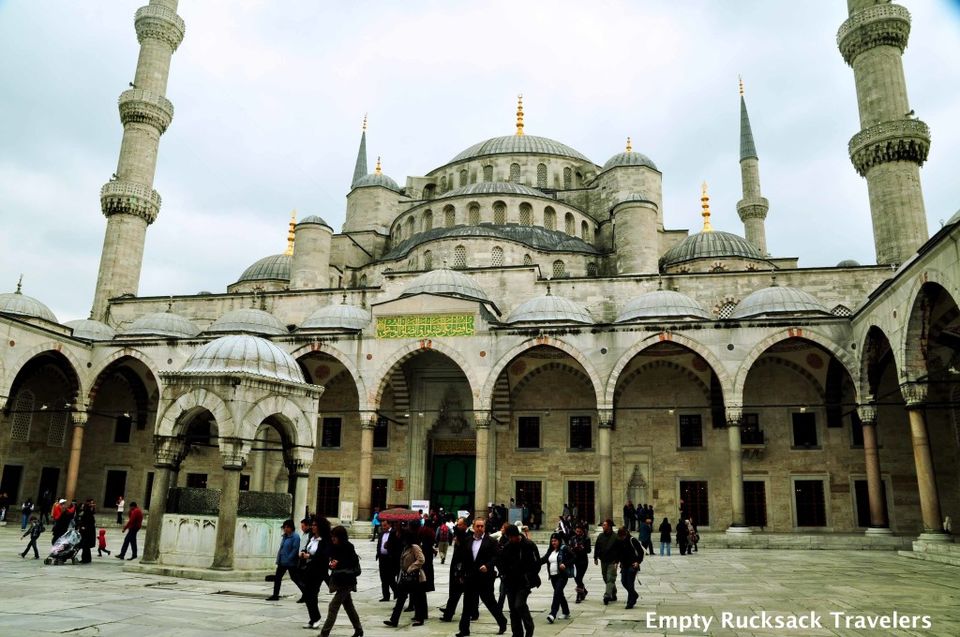 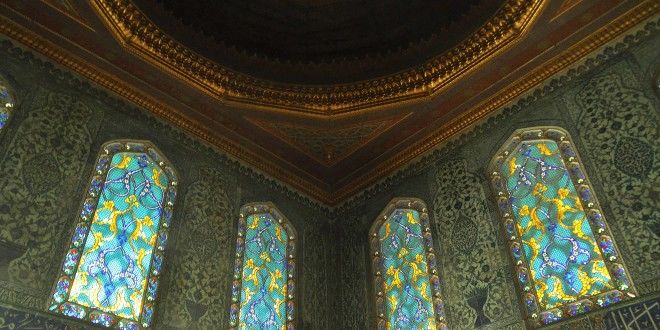 Hagia Sophia, Ottoman Palace, Baklava, hhmmmmn, Bosphorus…hmmmmmn mezze…the bazaars… All done. Well done! What else now?”Belly dance…okay…how about full blown Turkish cultural program…at Hodga Pasha” I proposed to my friends.“Well, we could consider it,” was the response. The truth I already knew. The final decision was going to be mine. But I was the one who thought longest and hardest about spending 60 Turkish Lira for a dance that could turn out touristy, tacky, badly coordinated.It was a game of ‘should I?’ or ‘should I not?’ I played around with the idea and kept the decision for later not committing to either going or not going. After miles of walk around the historical lanes of Istanbul our spirits were more energized. The museums are closed, the bazaars have shut, the sun is down. Two drinks and many food plates later, what do we do now? “How about the dance show you mentioned?” on in the company said. “Oh okay. Let’s go.” And that’s how I went along with my party to Hodga Pasha Cultural Center for the Turkish Dance show.Watch this little clip about the dances and my review on it.Do I recommend one of the cultural dance shows that get advertised online or in the tourist quarters of Istanbul. Yes! Yes! Yes! I highly recommend the show that I have been to – The Hodga Pasha Dance Show. It is phenomenal! Turkish dance, soulful music, great musicians – you will not believe the value you will get from this one. In fact, you will forget all about money – you will be lost in the dance and music. My only regret is that life is not as colorful, joyful and soulful as was this dance and music show. It was my last evening in Sunday and now very memorable. My only advice is – don’t miss it.

The Istanbul Archaeological museums consist of three buildings with three museums – Archaeological Museum, Ancient Orient Museum, Tiled Kiosk Museum. The former two were built in 1891. The tiled kiosk however dates back to 1473. Few of the things to spot here are- Treaty of Kadesh – It is the oldest peace treaty dating to 13th century BC a copy of which hangs at the UN headquarters. The treaty was agreed upon between Egyptian and the Hittite dynasty after the battle of Kadesh known to be the biggest wars of Lions of Ishtar Gate – The Istanbul Archaeology Museum houses lions, bulls and dragons from the Ishtar gate of Babylon dedicated to Goddess of Ishtar. It was the 9th gate in the ancient city of Babylon constructed in about 575 BC by order of King Nebuchadnezzar II. Through the gate ran the Processional Way which was 180 m long and on each side were placed 60 lions each made of glazed bricks. Some of these lions are now in the museum of Istanbul. But most of them are in Berlin where the Ishtar gate has been reconstructed in the Pergamon museum.3. Oldest Love Poem – 8th Century BC inscription on a tablet from the ancient Babylonian times. The king was required to marry a priestess every year for the fertility of soil and women. The poem is said to have been written by a bride for the king. Shuu Sinn. 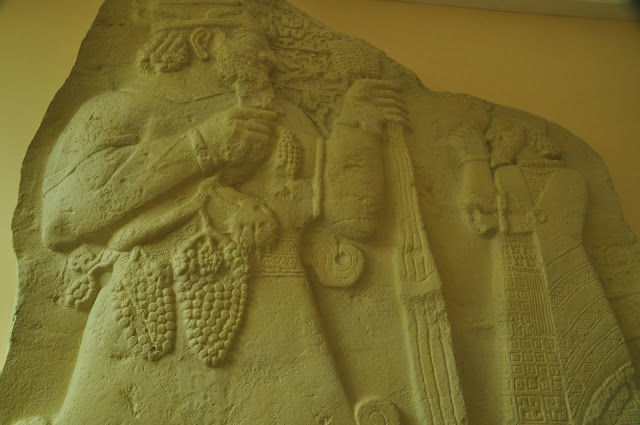 Istanbul stands in the center of the two continents and in the center of Istanbul stands the grand Hagia Sophia. Hagia Sophias has been described as the ‘architectural wonder’ – the gem of the Byzantine empire, later the proud possession of the Ottomans and now the symbol of secular Turkey. The building has stood at the heart of the empire that laid claim on it. Such was the allure of Hagia Sophia that when Mehmet, the conqueror entered victorious into the city of Constantinople his first stop was the church of Hagia Sophia. A muslim priest was called in to read to Shahada and the Eastern Orthodox Cathedral that stood for 1000 years was now a mosque. There onwards, the grand structure of Sophia Hagia inspired the many other mosques built in Istanbul during the Ottoman rein, all looking like the prodigies of Hagia Sophia. When Kemal Ataturk secularized Turkey, he converted Aya Sophia into a museum opening its doors to all sending out the message that Hagia Sophia was indeed a heritage of the world. 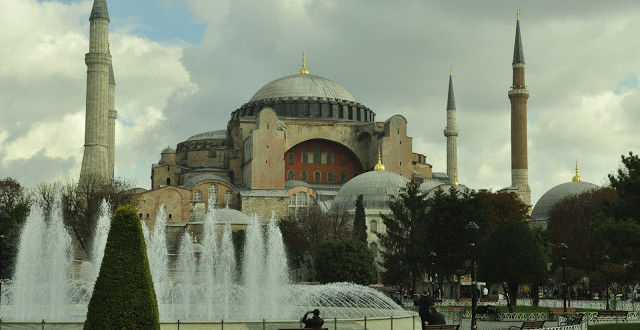 My next door Mosque which was built in 1562. This is the view from the terrace of the building I stayed in. The view from the bedroom window is magnificent.About the mosque: “Constructed on a steep slope in Sultanahmet, Sokollu Mosque is another fine remnant from master Ottoman architect Mimar Sinan. The Mosque was dedicated to Esma Sultan, the daughter of Selim II and wife of Grand Vizier Sokollu Mehmed Pasha, of whom the official name was granted to.” 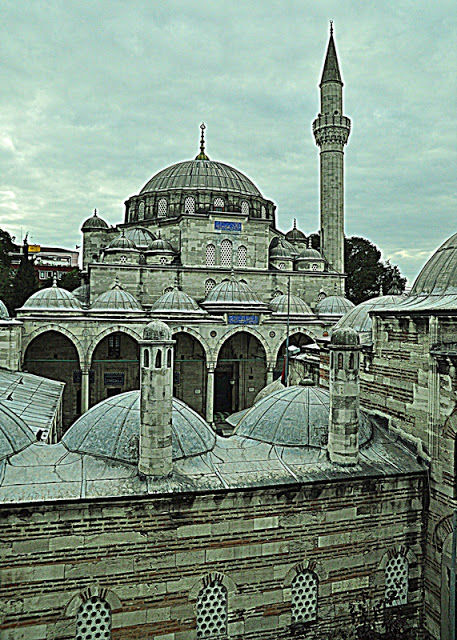