The Curious Case Of Nanda Devi: From A Lost Radioactive Device To Religious Folklore 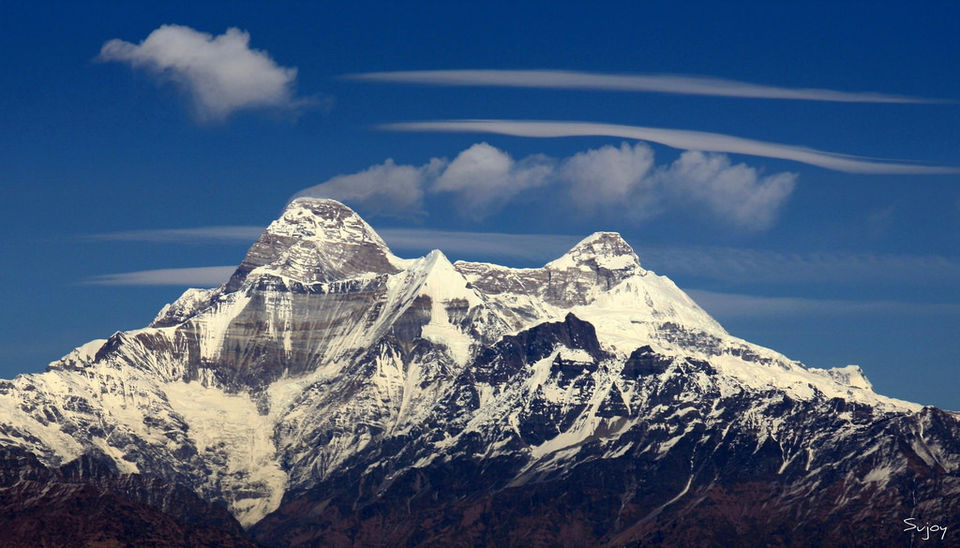 Manifestation of Goddess Parvati, Nanda Devi, stands at 7816 metres in the Greater Himalayas. It is the second highest peak in India and is considered the patron Goddess of Uttarakhand, thus holds much religious significance in its own right, and is also the consort of Lord Shiva.

The peak and surrounding mountains have been closed for, both, locals and foreign climbers owing to its religious significance and for the protection of it's fragile ecosystem.

But is that all? History says other wise.

What looks like the script of a James Bond inspired high-voltage drama, has been the greatest mountaineering-cum-espionage operation of the 20th century. And It's stage was the mighty Himalayas, more precisely the Nanda Devi peak.

From 1965 through 1968, the CIA collaborated with the Indian Intelligence Bureau (of course, with full co operation of the Indian government) to train some of the most elite climbers to install a nuclear-powered sensing device on the Nanda Peak. This would eavesdrop on China’s burgeoning nuclear ambitions that were being worked upon in full force in the neighbouring Xinjiang province.

The plan was to intercept radio telemetry signals from the Chinese ground control through a transceiver, which would then transfer this information to the CIA station. This transceiver was powered by a System for Nuclear Auxiliary Power (SNAP) turning radioactive heat into electricity. The battery was made of a Plutonium alloy, radioactive in nature, with expected longetivity of more than a century.

This device weighed more than 50 kg and is said to be half the size of the atom bomb dropped on Hiroshima.

When the expedition team was about to reach the summit, the weather worsened, an avalanche was predicted. The expedition leader Manmohan Singh Kohli had the option to save either the men or the machine. He decided to save the men. And thus, the Plutonium laden device got pulverised in the avalanche, and is said to be slowly making its way towards the headwaters of the Ganges ever since.

Kohli anticipated large scale contamination of the river, affecting lives of people living as far as in Kolkata. Fearing this, in the year 1966 the team went back to the majestic mountain to retrieve the device, only to return empty handed.

The waters of Rishi Ganga (the river that drains the Nanda Devi glacier into the Ganges) and Ganges were tested multiple times for radiation and contamination but nothing was found.

In the year 1968, the Indo-American spy team successfully installed another device on the shoulder of the adjoining peak, Sunanda Devi. After repeated blizzards and snowstorms, the device got submerged in snow, only to be retrieved two months later with absolutely no intel, thus, rendering the entire mission futile.

The status of Nanda Devi now.

Owing to the activities of the CIA, the Nanda Devi peak and its surrounding areas were closed for foreign expeditions. It opened in the year 1974, only to be closed again from 1983.

In the year 1988, Nanda Devi National Park was declared a UNESCO World Heritage Site, "of outstanding cultural or natural importance to the common heritage of humankind."

Currently, the entire sanctuary (including the summit) remains closed for expeditions and treks, for both locals and foreign climbers. Having said that Sunanda Devi (previously known as Nanda Devi East) remains open from the east side, leading to the standard south ridge route.

Nanda Devi owes her charm not only to her height or setting, but also to the fact that in the midst of these icy flanks lies a terrifying vestige of Cold War's most daring adventure, a vestige that could threaten the lives of millions.

Do you have any such spooky travel story in mind? Share it here.

For some of the coolest travel videos, check out Tripoto's YouTube Channel.