I've been five days in Italy as I type this on a train north to Bologna from Ancona. On my right I’m presented with uninterrupted views of the Adriatic Sea, with the tracks laid behind miles and miles of sandy beach. On my left, little towns dot the swelling hills of the Italian countryside, competing for my attention.

Five days isn’t long but I’m taking the liberty to qualify myself to comment on the one thing that’s especially distinct about Italy- its aptitude for style. Style in its automobiles, architecture, social etiquette and language but most noticeably, in its people. This nation sets the standard in dressing well and I swear by David’s marble genitals, it comes as naturally to them as breathing does to you. The Italians have the ability to marry colour, fit and ensemblelike no one else can, made easier by the population being in incredible shape. For most of the world the three basic needs are food, shelter and clothing. Well, here in Italy it is being stylish, eating big Italian meals and being more stylish than they were yesterday- everything else is secondary. I previously thought the Singaporeans were the mostconscious of how they are turned out, but they have nothing on the Italians.

And while I’m at it, might I point out how many ridiculously good looking women there are wandering around. Even after your subjective adjustments for my perceived exaggeration, there is much truth in what I report. In India, stunners are few and far between, maybe one in one hundred. In Italy I’d put it at two in three. This calls for an exercise in upward recalibration of double take standards; sadly even the pretty one’s cannot be afforded more than a passing glance lest you miss a goddess or four in the process.

Unlike in India where a beautiful woman is not likely to belong in a lower socio-economic category and not likely to beemployed in certain jobs, beautiful women in Italy permeate all sections of society and transcend all manners of employment. For example, a few days ago I was at the bus stop at Ascoli to receive relatives who were to arrive from Rome. The bus pulled up, the door swung open and the most breathtakingly beautiful blond woman stepped out, of course dressed ready for a night out. I assumed her to be a passenger but imagine my surprise when she glibly walked over to the hold, heaved open the doors, helped the passengers who alighted retrieve their bags, closed the hold and got back onto the bus. She was the Italian equivalent of Manju the cleaner. Musing over the testosterone riot she would kick up if she walked into Monkey Bar on a Friday night, I considered putting her in my bag and bringing her home. In two weeks of being in Bangalore she would be an anointed A grade socialite, sipping bubbly alongside a honcho’s jobless wife at an Art Gallery. Here in Italy she’s invisible just like how Manju is invisible in India.

With that being said, my little sister is married and without the obvious bias, I can say without hesitation that this has been the best wedding I have ever been too.
Back at the villa I met with family, many of whom I hadn’t seen in more than a year and went to bed early. The next day was the big one and it’s just as well I write about it some other time because the public address speakers announce that we are pulling into Bologna Central. Earlier this morning I took the 7.10 Regional (slower train, no reserved seating and cheaper) to Ancona from SBT to connect to the 8.25 am Regional for Bologna. The current time is 11.42 am, which gives me about 40 minutes before departure to my final destination of the day, the Allepy of the West- Venetia.

HotelsMap
40 of us on the bus from Rome reached SBT late afternoon on the 29th, the 4 hour drive from coast to coast on the motorway passing picturesque towns and snow capped mountains. Accommodation arrangements were made at two locations – friends at a chic HOTEL on the broad walk by the beach and family in a villa 15 minutes away in the country with superior vistas of the rolling landscape and the gleaming Adriatic in the distance. 10th Grade Geography was the last time the Adriatic Sea was of any importance to me, when we were instructed to name and shade it in blue on an outlined map of the world and now here it was. Surreal. The same evening was the 'meet the families’ dinner at the HOTEL. At 7.30 pm Eugenio’s (Jai’s) dad, mum and sister (accompanied by her boyfriend) arrived at the villa and were formally introduced to our large contingent. Dinner was an informal sit down affair (with nothing informal about the four course meal) during which Jai’s dad gave us a touching welcome speech and lots of wine was consumed. The after party that followed (for those under 36) was at one of the rooms at the hotel that only stopped when a resident of the town slammed it shut by threatening to call the police. The rowdy bunch moved the party to one of the nightclubs on the beach and I can only imagine what went down because by then I was well spent and shut down for the night. 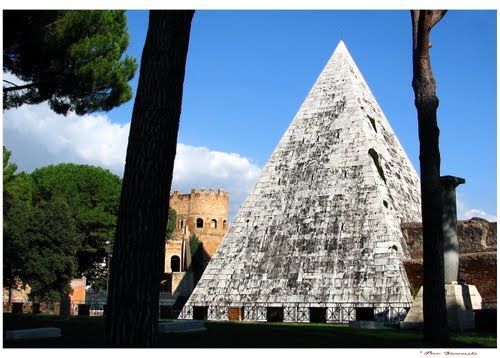 HotelsMap
What a beautifully perfect little town Ascoli Piceno is. Situated in a valley with mist covered hills surrounding it, the old town predates the origin of Rome by 600 years. We arrived in a light rain that brought the temperature down to near single digits and walked to the historic town centre after parking just outside of it. Characteristic of ancient Roman towns, the duomo (cathedral) dominates a cobblestoned piazza (town square) at one of its ends. A Brown marble building in typical pre renaissance architecture – now the town hall (formerly the bishop’s residence) that houses a museum - flanks an adjacent side. More modern buildings that house restaurants, cafes and galleries complete the square and an elaborate fountain takes the centre. As the historic areas are closed to traffic, the sounds you hear are the tock – tock of heels on cobblestone and the bitonal peel of the church bells that lend an aural dollop of charm. I recollect reading that the beauty of this town takes even blasé Italian tourists by surprise; it really is difficult to remain unmoved by the mystical energy of this place.

HotelsMap
The spectacular cathedral of Saint Emidious, the patron saint of earthquakes, was built in the fourteen hundreds. The outsides, including the detailed facade and bell tower are built from marble. Inside, two rows of three, arched, columns divide the main body of the church into three vertical and four horizontal sections, the central vertical section leading up to the alter through a wide staircase. The walls and columns support three brilliantly frescoed semi spherical ceilings over each of the vertical sections. Four stained glass panes on either side of the structure, each as high as a door, diffuse sunlight into the church from just below the roof. The walls, columns and floor are paved with intricately patterned polished marble tiles and the interiors are lit artificially through ornate chandeliers hanging midway from the ceiling. Sculptures and inscribed plaques adorn the walls at intervals. Is this where my sister was getting married? In this space created by the Masters of the Arts? Humbled, I sat on a wooden pew and bowed my head in gratitude.
SPONSORED
Want to book a similar trip?
I accept the Terms of Use and Privacy Policy of Tripoto.
SPONSORED
Related to this article
Places to Stay in Europe,Places to Visit in Europe,Things to Do in Europe,Europe Travel Guide,Things to Do in Italy,Places to Stay in Italy,Places to Visit in Italy,Italy Travel Guide,
Tagged:
#Europe#Italy#nature#Culture & Arts#historical#historical