“The story of Angkor watt” by- The Sun on an Equinox

The Story of Angkor when narrated by the sun 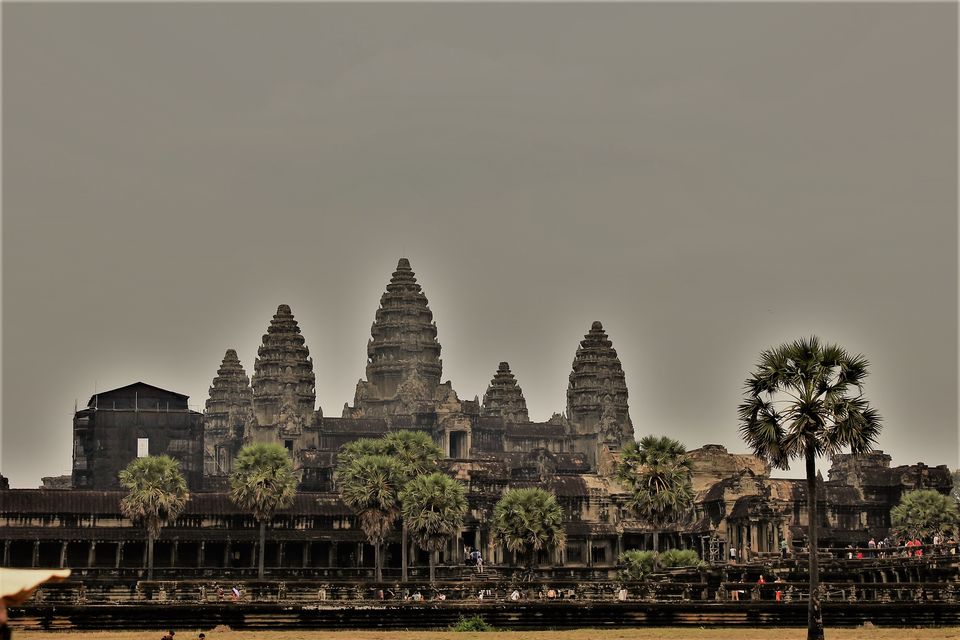 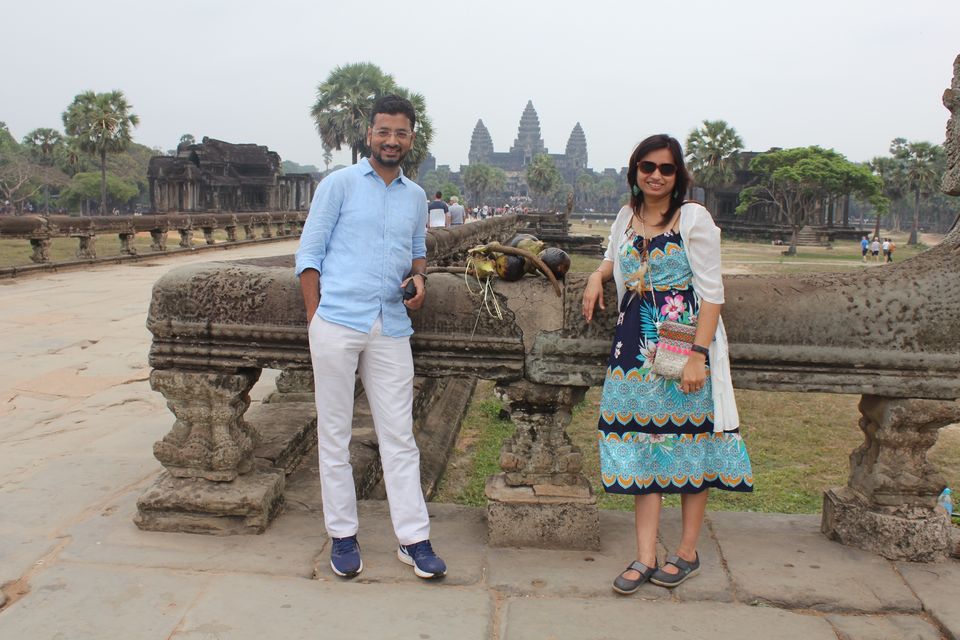 Witnessing a rising sun behind the temples of Angkor watt of Cambodia during an equinox is a rare occasion. It was built on the unusual W-E orientation and with such precision that the sun rose in its exact center of the main shrine, twice a year. Waking up to an overcast sky at 4:30am was a disappointment. However, I knew I would visit Angkor only once and it was now or never.

The Khmers built their temples not as a meeting place for the faithful, but a palace for the God himself. They were built as the only permanent structures while the rest of the city and palaces perished in the sands of time. The bridge to the temple is called the rainbow bridge and the moat around it represented the mythical ocean. It was pitch dark and on that bridge I saw a sea of like-minded tourists staking out their positions as well. After entering through one of the Gopuras I encountered an unusual 8-armed avatar of Lord Vishnu, believed to have occupied the original shrine. While walking toward the temple on a raised walkway, the sheer scale of the premise made me wonder that how could a structure so huge was swallowed by woods just a few decades ago. I found a quiet spot on the stairs of the library ruins while the rest of the crowd was quietly jostling for their own. The Angkor Watt, even in darkness, was like a gentle giant in the distance, waiting to wake up upon sunrise to show us just how glorious it could be. The iconic structure was identifiable even in its silhouette. 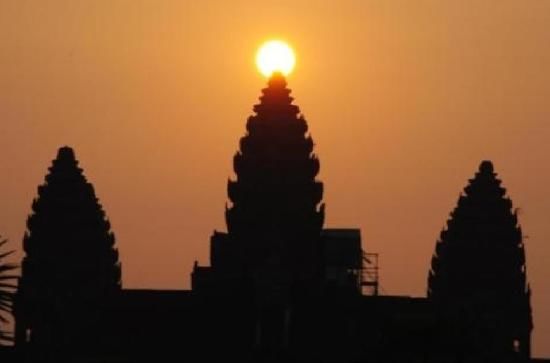 There was no subtle reveal of hues of red in the sky but everything was bathed in a bluish grey tinge due to the overcast, cloudy morning. The temple emerged from the darkness to the matching shades of the sky. The clouds never completely went away, but the sun found its way like some laser projected orange sphere, hung, as if the temple authorities made it up as to not disappoint the anticipating crowd. No! It was the real sun with shadows of clouds appearing and disappearing intermittently inside it.

I waited patiently for that perfect second when the red rim of the sun peaks at the exact center of the largest religious monument in the world, mirroring its image onto the pool of lilies in front of me. What amazed me was how different Angkor Watt can look in a matter of a few minutes. As it started to get brighter the carving on the walls hummed tales from Hindu mythology. The Apsaras, the churning of the sea and stories from Ramayana on the walls came back to life with light. They had been blurred with time yet with the sunrays falling on it they became –ever eternal ever new. 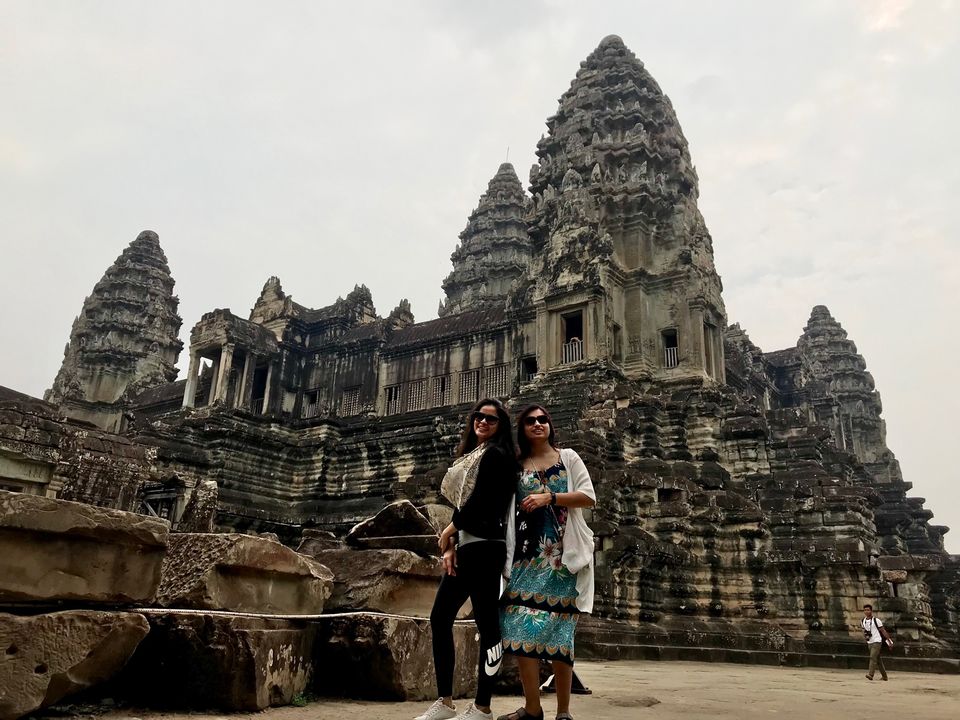 And I thought Ta-Phrom and Bayone temple were equally magnificent if it wasn’t for the sunrise I watched at Angkor.