Onwards on our trip of the US National Parks, we drove from Grand Canyon to Bryce National Park in about 6 hours, even though the direct distance between the two parks is only about 150 miles! That is because you have to drive all the way around the canyon for double this distance.

Once you cross from Arizona into Utah, you will realise why this state is famous for national parks. Everywhere you go, the landscape is different and you see various types of land formations. And even though Utah is a desert, you still see mountains everywhere in different shapes, sizes and colours. Its a real treat for the eyes and a very difficult experience to describe!

On the drive, you pass through some minor canyons like the one formed by the Little Colorado river and also there there is the city of Page where you can visit the Glen Canyon, Antelope Canyon and Horseshoe Bend. We did not get a chance to spend time there, but they are a nice place to spend some time. Also, on the way you will pass through many other National Parks, all tempting you with a visit. If you have a lot of time, you can definitely explore these other places too.

Anyways, once at the Bryce Park, we stayed at the only lodge inside the park, the Bryce Canyon Lodge. Its a nice wooden-rustic-feeling kind of lodge located within the forests. There is a dining room at the lodge itself, which offers decent meals as well as a Pizzeria next to the lodge which offers snacks in between times. We stayed one day at the Park, in the morning going on one of the trails and in the evening just spending time at the various viewpoints as well as watching the sunset from Sunset Point.

We did one trail in the canyon, the Fairyland trail. Its an 8 mile, 4.5 hour trek which takes you down in the canyon, while you walk around the hoodos (which is what the Bryce Park is famous for!). You walk up and down admiring these weird looking structures which are very soft and made of sand at some places and clay at others. So they alternate between being very soft and very hard at times. They are all around you, and its interesting to see shapes in them, the bridges, the arches, the standing army, the fairytale castle and anything else your mind wants to imagine!

The trek was interesting and at times tough since it was so hot throughout but once we were out of the canyon, and walking along the rim, it started raining out of the blue!! And raining really hard, with zero visibility and hails falling too. That was quite an interesting and surprising phenomenon, and then lo and behold, the rain clouds left as suddenly as they had appeared and it was hot and sunny again! The land around though looked satiated and green and happy:) just after the rain while the dry streamlets at the bottom of the canyon started gushing with water suddenly. Quite a wonderful view that was!

Apparently all these hoodoo structures were made over time by the wind as well as the Paria river which flows through the canyon. Except that the river is very tiny and at the time we went, non-existent! So its still very difficult to imagine how it could have made all these structures!

After the trek, we visited the viewpoints along the park, the Rainbow point, the Natural Bridge and Fairview points, Bryce point etc. The view from Bryce point was good, of the amphitheater which has the highest concentration of the hoodos in the canyon. We went to Sunset Point at sunset, but did not find anything interesting to see; maybe sunrise brings out better colours and shadows on the hoodos?

One thing would suggest is to take the horse riding tours in the canyon. They sound cool, are guided so a lot of fun and informative I guess and makes it a lot more easier to explore the canyon than walking around in the sun:).

After Bryce, we stopped for half a day at the Zion National Park (in Utah itself) on the way back to Vegas. The park is just another canyon (by this time, we had had enough of the canyons!), this park had huge red mountains on both sides with the Virgin river flowing in between. It was again dry like a desert, and honestly other than having huge mountains with sheer cliff sides, it wasn't anything too new or exciting.


But we did one trek here, which is maybe one of the toughest and riskiest treks I have ever done. We did the Angels Landing trail which is about 5 miles round trip and takes about 4 hours. Initially it was a tough climb, very steep and hot. In between there was a portion called 'the Dark Canyon' which was shaded and hence relatively easier to walk through, but on the whole this was one of the tougher treks we did (or so we thought!)


Till we came to the last and the toughest part of the trek, which was the 0.5 miles one way trek up the Angels Landing. Honestly, we took a couple of minutes to decide whether we should even be doing this or not! This last part of the trek is along a ledge on this mountain, with sheer fall on both sides. There are railing on one side of the trek at some places for you to hold while you climb the mountain and sometimes there is none!


You walk up scrambling and sitting, holding tightly to the railing for your life, and if you look down, you can easily freeze! It was scary and I questioned many times why we are doing something so risky but somehow we did it! And what a feeling it was:). At the top of the mountain, there was a flat stretch and you get a view of the canyon below.

We felt safe though only once we had come back from this last stretch of the trek though! (and I still think it was too risky a trek to do and wonder why people do it still?). Anyways after the trek, we had a quick lunch at the Zion Lodge and drove back to Vegas and then back to NY after an amazing time at the National Parks.

We had driven about 900 miles during the last 5 days through some amazing sceneries and landscapes. We had trekked each day and found all the three treks to be unique in their own way. My favourite was definitely the Angels Landing trail, just for the sheer amount of risk we took. Something will definitely remember forever.

ABOUT THE NATIONAL PARKS

In terms of wildlife, the most common animals here were the Elk, mule deer, prairie dogs (which look like squirrels), chipmunks, big and small lizards and apparently mountain lions and bears which we did not see. There are many rare birds also which you will encounter here, including the famous condor at the Grand Canyon.

Another good thing about these national parks is the free shuttle bus they run within the park. The buses connect all the important view points, trail heads etc in the park and run pretty regularly. It makes exploring the parks quite easy without having to drive through these areas yourself. All these parks also have lodges within for people to stay and explore them from close.

Also, another point to note, even though we visited the Parks in summer and the trails though hot were still do-able, I would definitely recommend them to be visited in the spring. The weather will be a lot cooler and easier to walk and visit. Plus a lot of water bodies dry up in the summer, would definitely look a lot photogenic and inviting in the spring than in the hot sun!

Was really impressed with how well organised these Parks were, definitely makes the whole experience a lot more enjoyable and convenient. Looking forward to exploring a couple of more such US Parks! 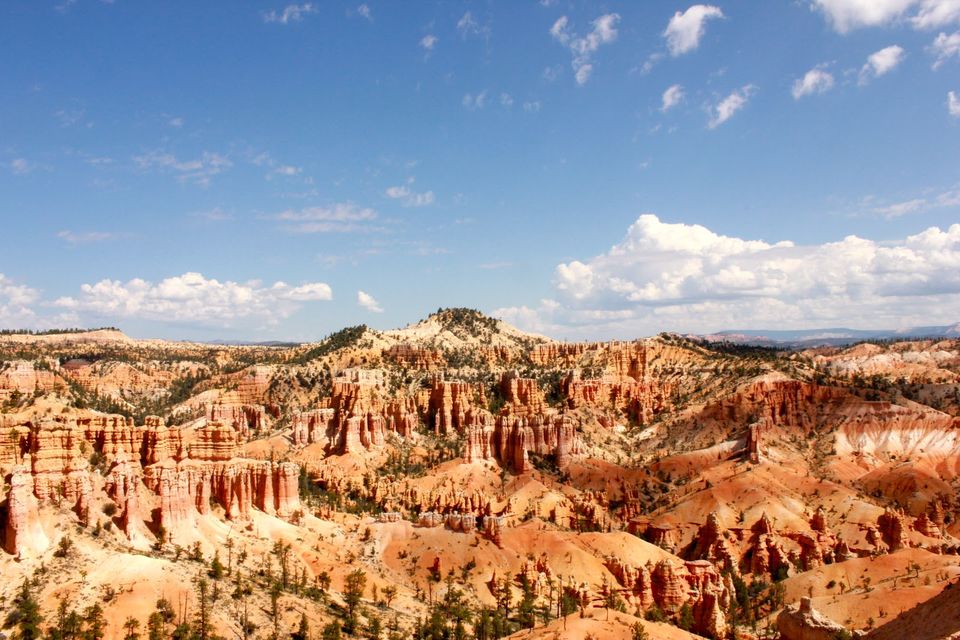 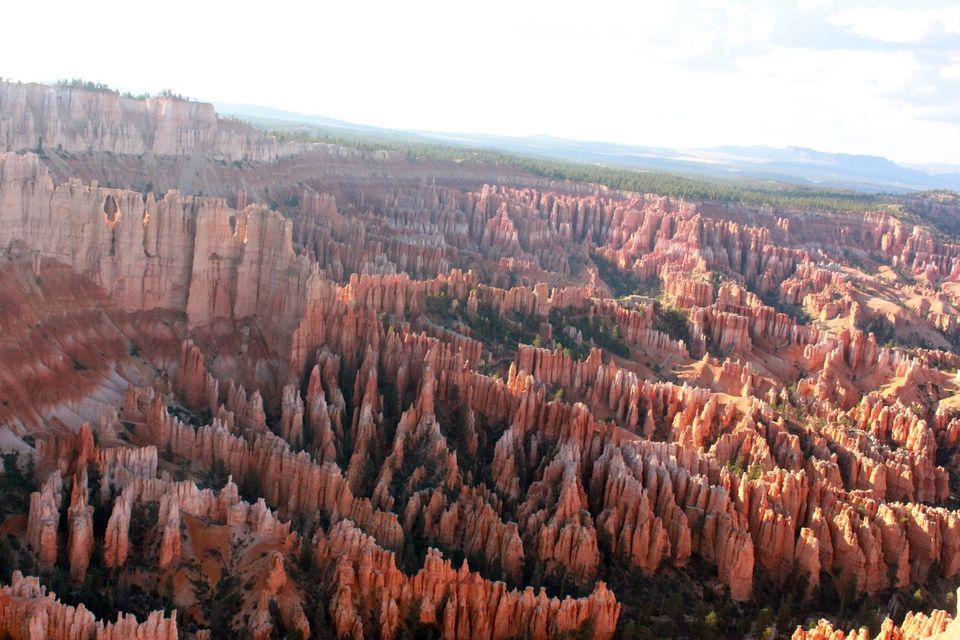 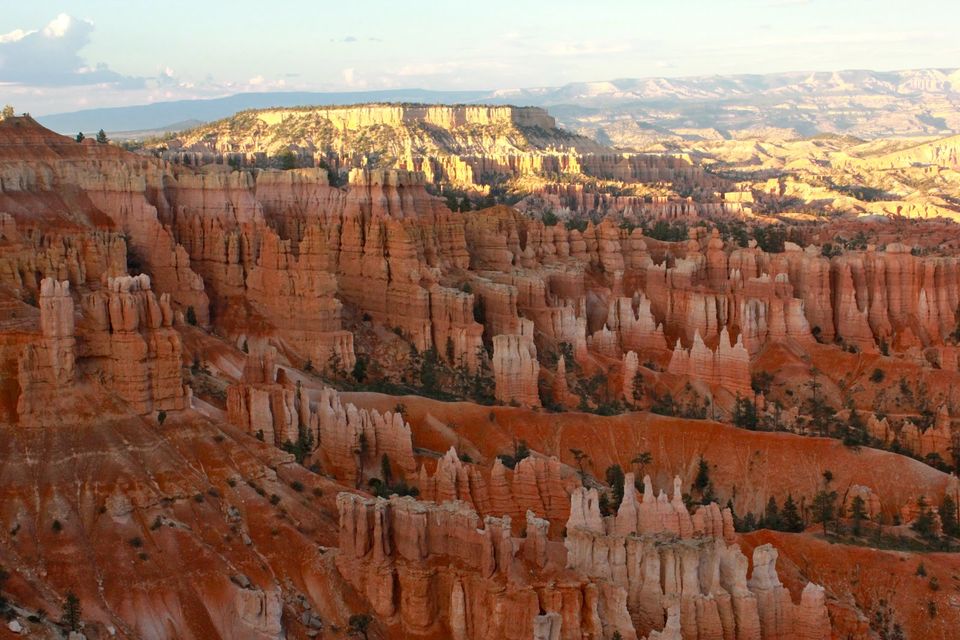 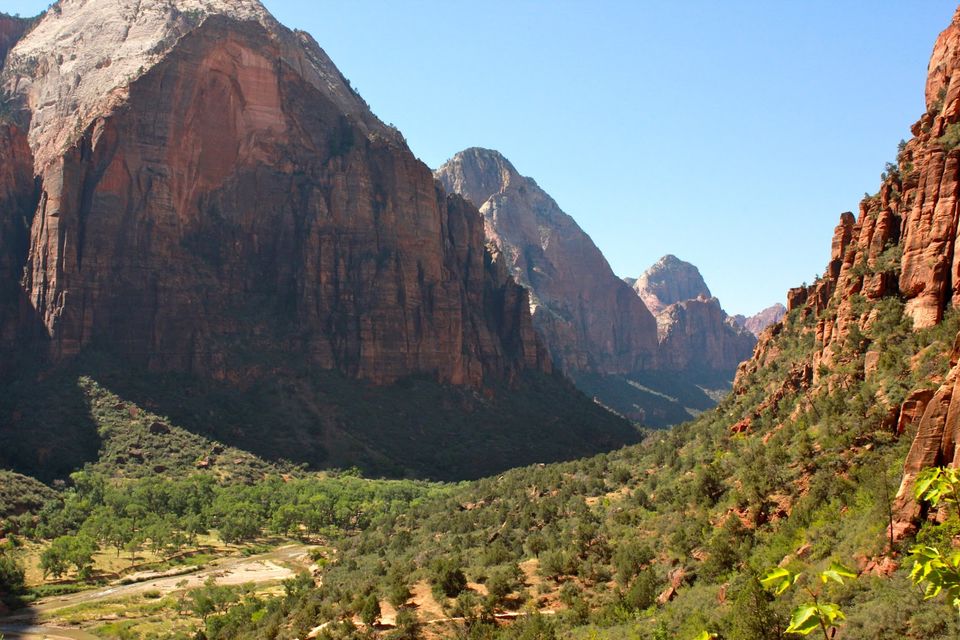 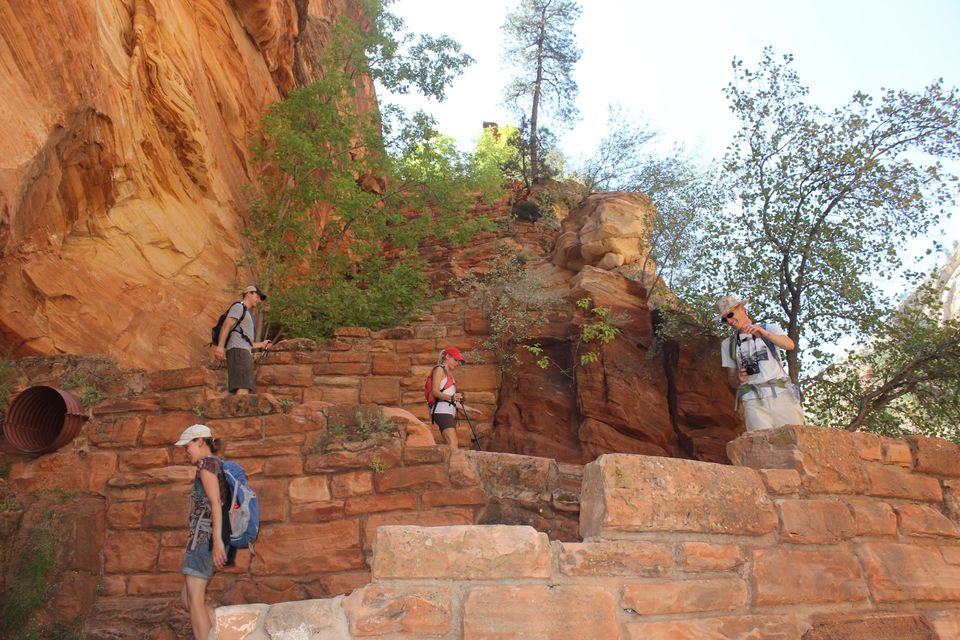 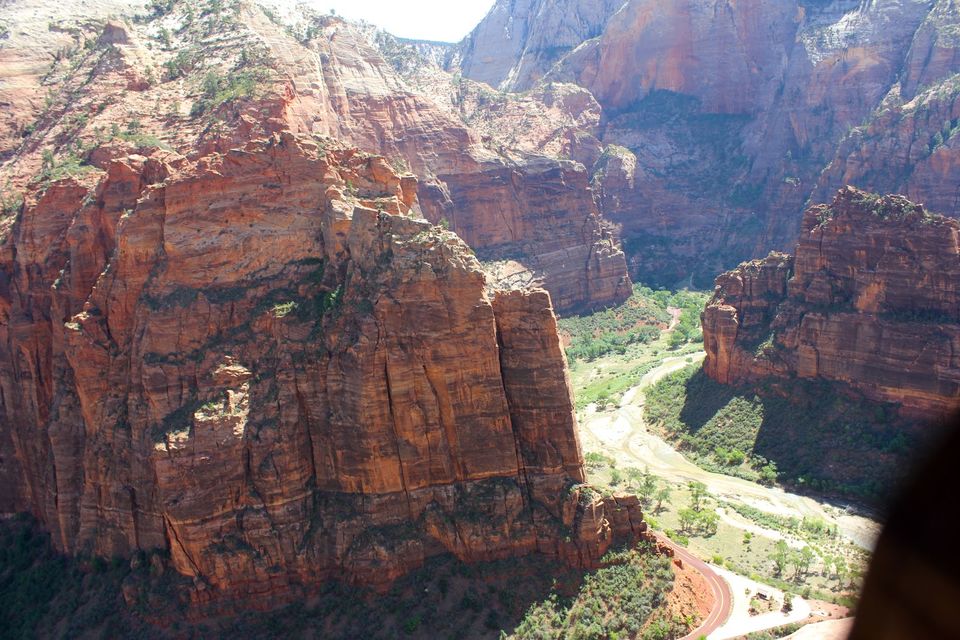 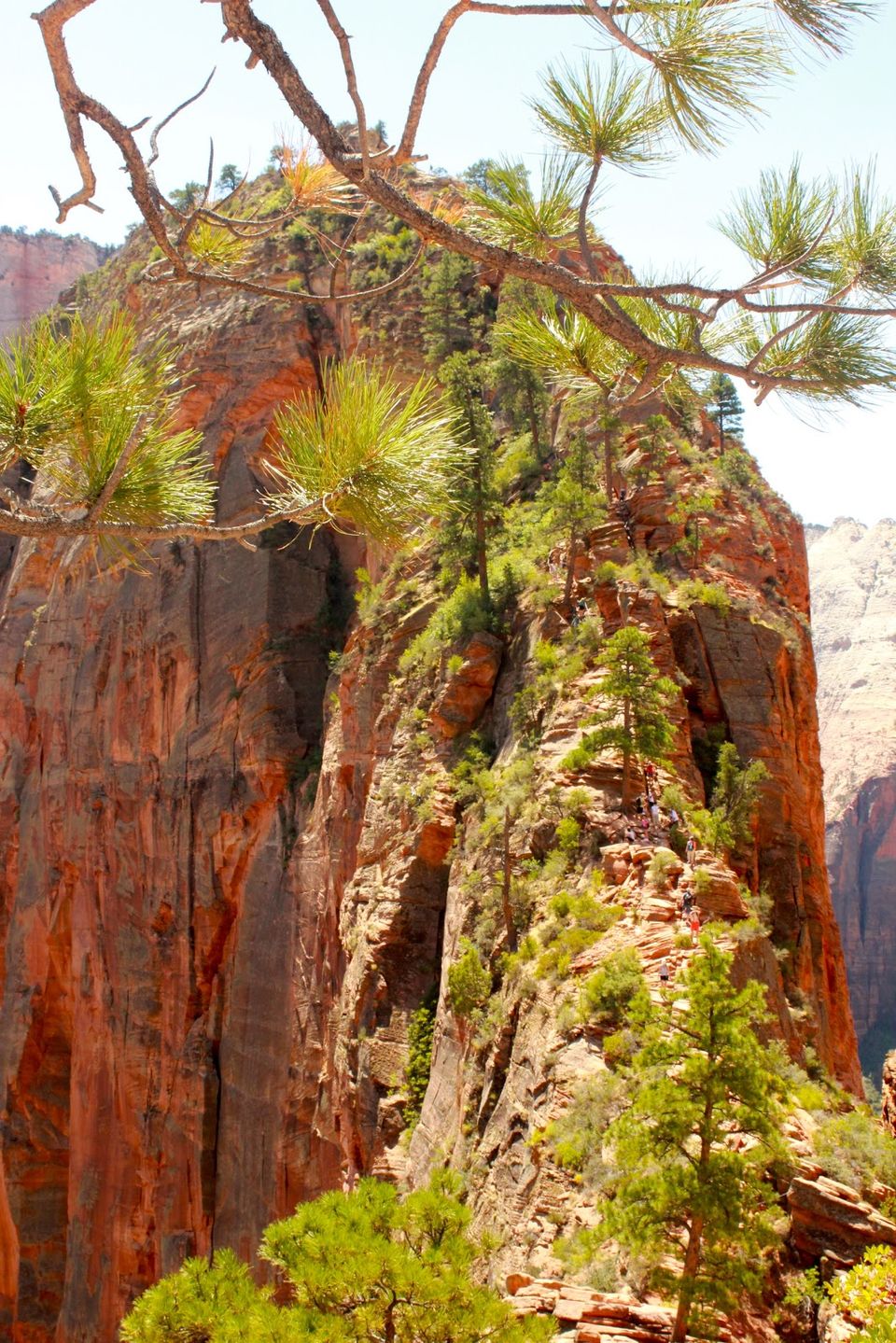 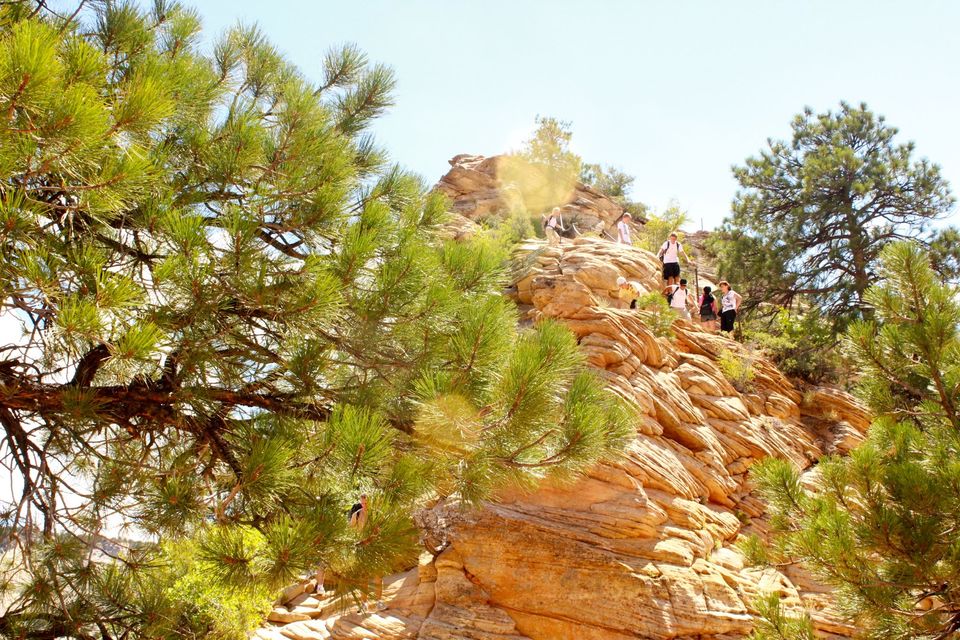