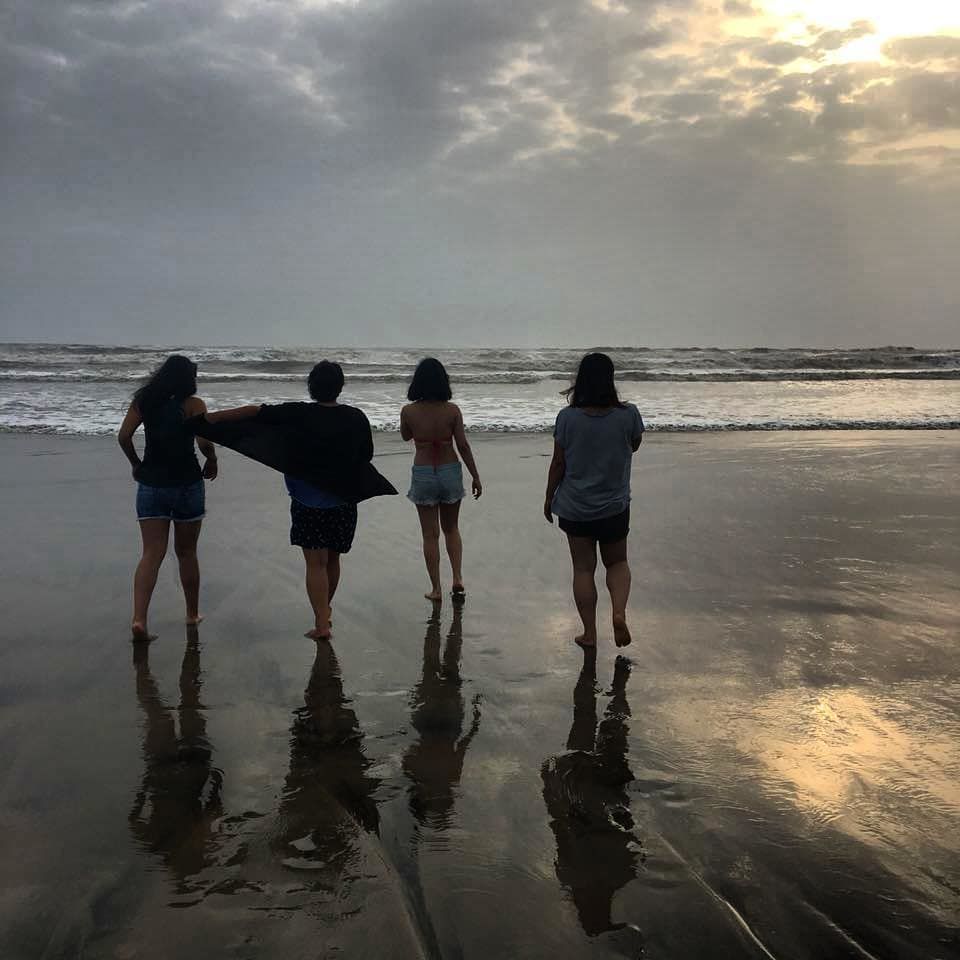 Wherever we go, our safety always comes first. We might be pampered and spoilt but individually every woman is independent, infinitely strong, smart and fully capable of taking care of themselves.

Living away from home for the past twelve years has taught me the most important lesson of life; Trust your gut. Living in the cities, all women are prone to some kind of harassment here and there and we usually ignore because we are strong to endure. But living in Goa is a different story. Never have I ever felt so safe and at home, until recently.

After a night of almost sobriety, at 2:15 am, the alleged house keeper noticed a bunch of girls alone being dropped in front of their apartment. Little did he know, it was his worst nightmare waiting to happen.

A bachelorette was almost ruined because of the susceptibility a woman is subjected with once she is seen alone or with a gang of girls. Judgements are made from the size of her skirt to the capacity of her drink. Harassment can be of various kinds but when it becomes intimidation, we must not fear the consequences but take necessary steps so the menance can be stopped.

Women from the North East are raised strong headed and logical. We leave our homes for further studies and build our lives far away from home so being alert is inert to us. We also understand body language considering we have traveled so far to study and further our lives; imagine the amount of people we come in contact with, the kind of subjugative attitude, the pre concieved notions and the whole nine yards. With the incessant ringing of the doorbell, the heartbeats did increase but a male friend was informed and the police,too. Within minutes, the cop was on call and outside the apartment. The situation was explained, perpetrators were arrested and we were politely asked to come to the station.

The Indian Penal Code gives women various advantages so that we are safe wherever we are. Whilst traveling,more often than not, solo woman travelers encounter primitive people who don't know better and I am citing a few laws at the end of the article which will help you to remain calm and take a well-thought step as per the brevity of the situation. In this case, the house-keeper and the caretaker were kept overnight at the station until their employers came to claim them. The officers were helpful and heard our stories and "justice" was served.

There are two-take away from this story. First, women are safe in India when you know your rights. Second, by law the police department is to give special attention, day or night, when a woman comes with a case.

The 5 laws that you need to remember always are

1. The State to make any special provision in favor of women and children.

2. Section 294 and 509 of the IPC prohibits any individual or group of people pass any kind of offensive comment or execute any such gesture towards a girl of any age. Insulting or outraging the modesty of a woman through any kind of act or sound or gesture is a criminal offence.

3. All women are entitled to free legal aid to file a case or defend a case.

4. Following a woman or trying to contact her to foster personal interaction repeatedly, despite a clear indication of disinterest shown by her, is a criminal offence.

5. Various forms of sexual harrasment like singing lewd songs, eve-teasing, making sexual advances inspite of refusal; watching, capturing or sharing images and other media of a woman engaging in a private act without consent have all been criminalised by the IPC.

6. Women cannot be arrested without a lady officer or after 6:30 pm.

Following the situation, we were all shocked but went back to our normal lives, in bachelorette mood, feeling more empowered and brave. The bride-to-be's were more confident in their decisions of committing to marriage and we all agreed that the entire episode was a validation of the strength they possess. We were lucky in some ways and it did not turn ugly as we were aware of the laws and knew that behavior of this kind must be reported so someone else will not fall into a similar situation.

In the words of the great Ross Geller, "Unagi" !!!