I can’t seem to shake it off. That view! The dark greenish hue of the mountain that was so high and far that it would occasionally blend in with the whites of the clouds. Complementing it gorgeously was another colossal mountain covered in a brownish tint measuring it from a distance, which had almost disappeared, if it weren’t for our keen eyes that were successful in scaling its edges across the heaven.

The latter reminded me of the kite I would fly, back at home – when I would slacken it till it would disappear into the sky. My kite would then blend into the colours of the sea and would get lost. One minor distraction, and lo! It would be hard to tell what I was really holding on to. It would appear as if I was steering the whole sky. Reeling it to make it go further, and pulling sometimes to see if I could bring its blue enormity closer.

Every time I close my eyes, I see the capped freak staring at me from a distance. There were smudges on its body, probably glaciers running down, that seemed silent like a pond from my vantage. Occasionally clouds would cover the beast up, afraid it was showing too much skin. At times, its peak would peak from the blankets to see who the stranger was and why his eyes carried mad love. And why wouldn’t he stop staring?

As our car galloped onto the Kangra road, the mountain followed us. It was inquisitive, while I couldn’t stop myself from gawking. The world must be wondering- “How imprudent!”

About 12 hours earlier we were right there. If not at the top then probably somewhere around its bosom. Heading towards Dharamshala on a bike, we would occasionally take a pit-stop just to marvel at the scenic orgasmic vista the mountain manifested. Cameras would come out at once to capture our perspective in style so that we never forget the unforgettable. Our bike roared in pain as it lunged into the unknown roads. It was hard to tell if we could make it. But the beauty beckoned, and there was no turning back.

From a distance, the ridges looked as if they were drenched in dark. There were shadows over it while the whole world burned alight. It seemed to be sleeping. Quiet like a lifeless thing, which can never be awaken. It slept while its rivers wept. It was written in green. Trees stretched all across its body.

We crossed Dharamshala soon and headed towards McLeodganj. The ascent was punishing. The moment we got closer, it began raining. It struck me at once that the dark was owing to the clouds there. Within seconds we were drenched in the downpour. There was no place to hide, and then we thought, “Let’s do this!” We stormed off to the renowned Bhagsu water fall. The place offered one helluva panorama. My eyes captured it the moment I set them on it.

I was told the summit turns into an alp during the winter season. I just tried to imagine how badass it must look then. The green on the mountains metamorphosing into the white of the snow. As if they have called for a quilt to beat the cold.

When I came back to the same jaded life I live, suddenly I found myself surrounded by a relentless smoke of depression. I wanted to be there. Into the Mountains. Free. Adventurous. Marvelling at the invincible beauty. Taking in the serenity. Breathing in the phenomenal. Gawking at the lively ridges.

Alas! Now I am here. Everything is dead again. 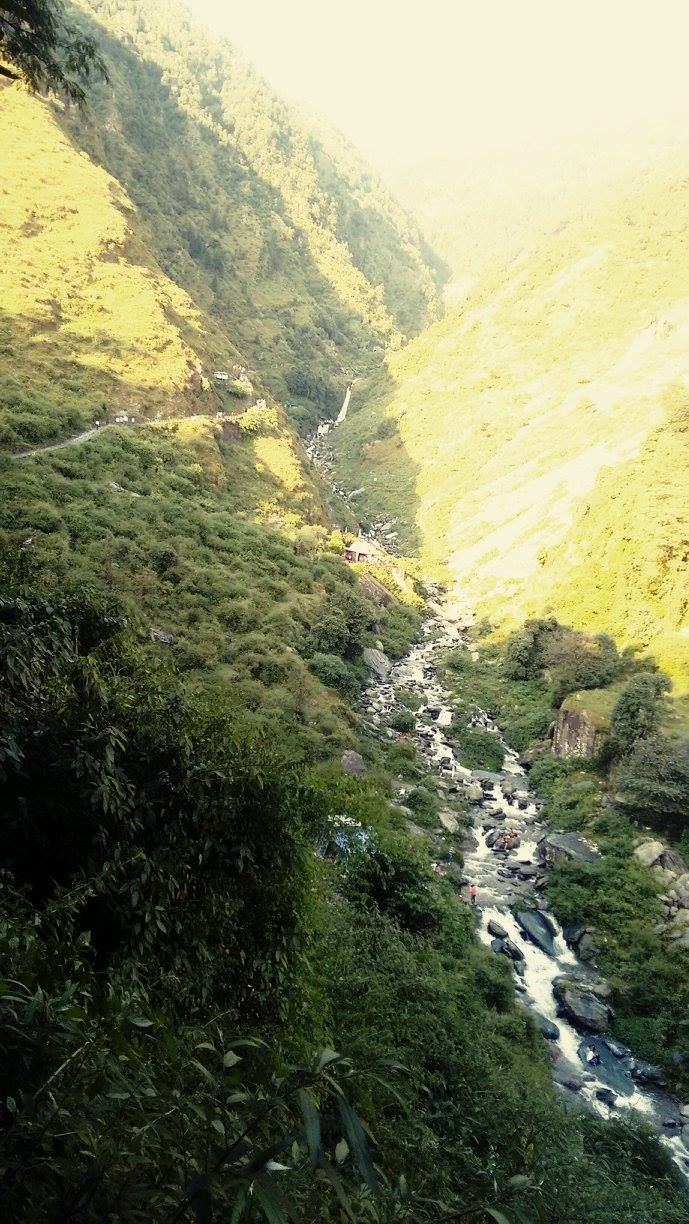 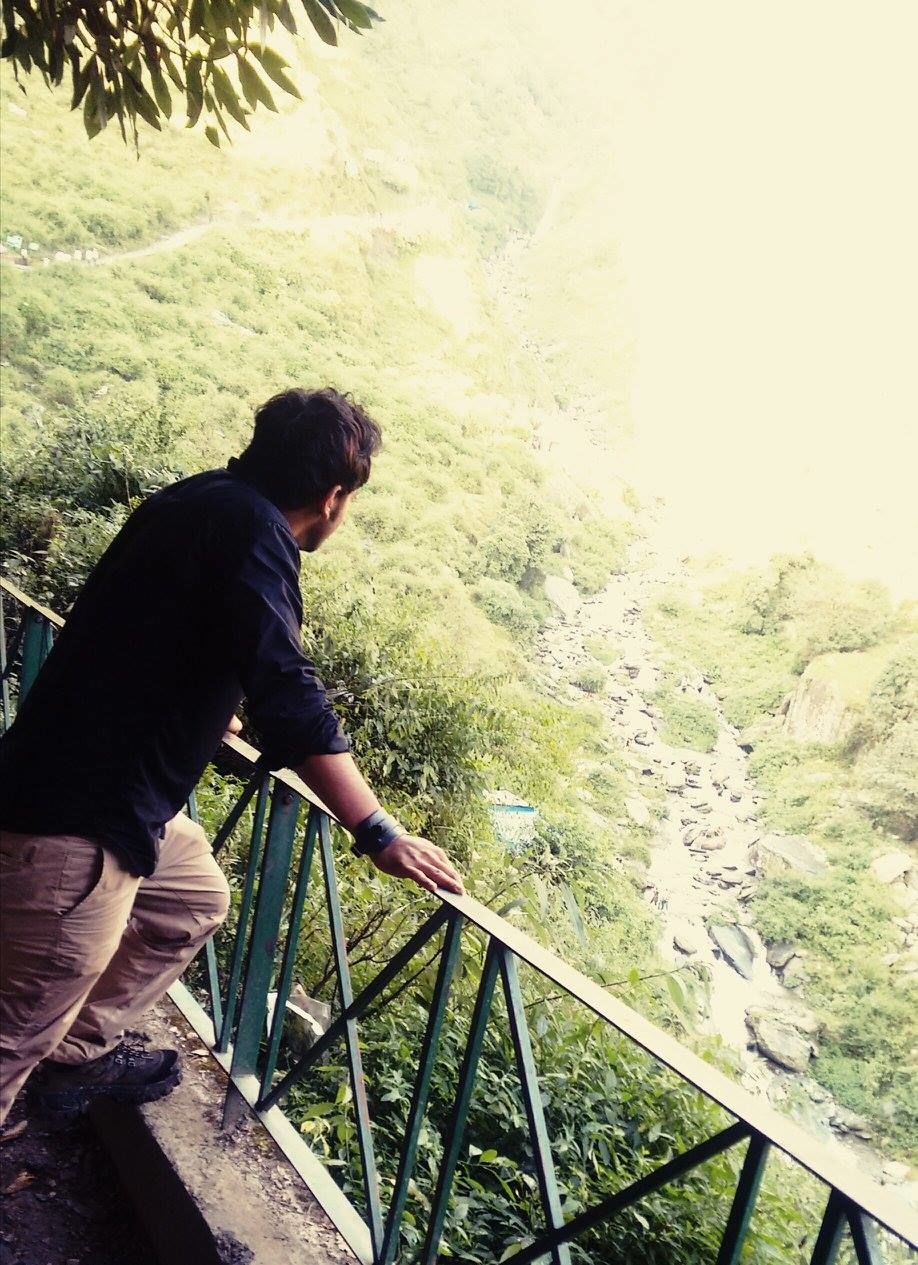 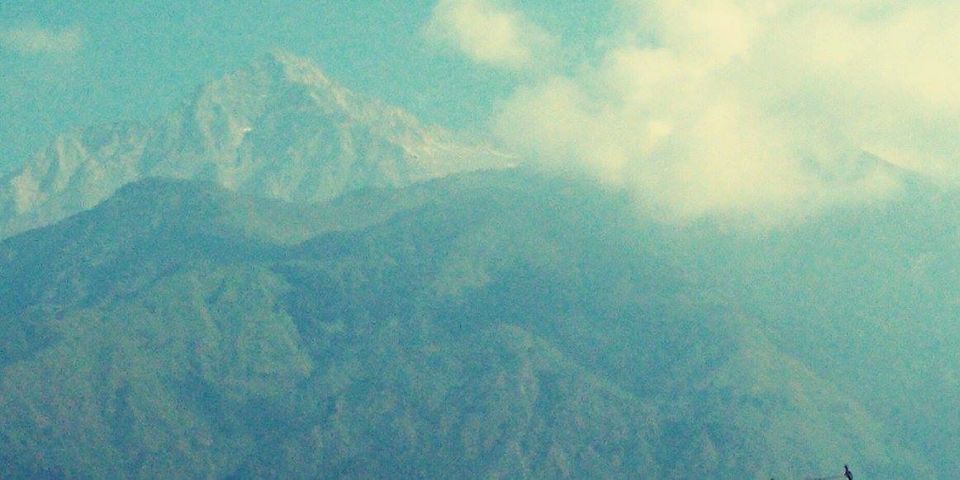