With Season's Second Snowfall, Check Out This Guide Before Planning A Manali Trip from Delhi

Delhi to Manali is one of the busiest routes in India. There are at least half a dozen hill stations in the country that stake their claim to the sobriquet "Queen of the Hills". But arguably, there is none that deserves it more than the sublime valley of Manali in Himachal Pradesh. Just as every youth in the country tries to materialise a plan to visit Goa every year, Manali is always on the yearly to-do list of every other family in India. Ask your father where he wants to go with all of you this summer. Chances are, his answer will be Manali. And if you're a family staying in Delhi, there's no better reason than a snowfall to plan a Manali trip from Delhi. Why? It's close, it's convenient, and it's drop-dead gorgeous!

What's the fuss about Manali trip from Delhi?

The Manali valley is comfortably nestled between the mountains of the Kullu district in the state of Himachal Pradesh. It is located by the Beas River and is one of the most visited hill stations in India. The USP of Manali lies in the fact that it appeals to everyone. Old Manali is a hippie paradise, while the main town centre has always been an attraction for honeymooners and families looking for a getaway. Apart from being a fulfilling destination in itself, Manali also serves as a pit-stop to go deeper into the Himalayan mountains. Eg: Manali falls on the most convenient route to head to Ladakh, Spiti, and Rohtang Pass amongst other destinations on higher altitudes. All these factors and more make Manali trip from Delhi an even more tempting option for everyone living up north in India.

Best time to visit: March to May for pleasant weather and mid-December to January for snow.

How to reach Manali

Manali is one of the most conveniently located hill stations for those visiting from Delhi. Manali trip from Delhi can be planned via three modes of transport: land, air, and railways.

By Air: The closest airport is located in Bhuntar, which is 10km away from Manali's city centre. The duration of the flight is just over an hour so you can drastically cut down the time of travelling this way. Summer vacations are just around the corner, so you can book the cheapest flights right away if you wish.

By Road: The distance between Delhi to Manali via road is approximately 550km. You can either drive all the way down to Manali in your private car or bike, or hire a direct taxi. The cheapest mode of transport would be to go via the Himachal State Transport bus. Buses have a good frequency and an overnight journey is recommended. You can get air-conditioned or non air-conditioned buses as per your requirements. Private bus operators also ply on this busy route, so it's very hard to not get a bus from Delhi to Manali. The cost fluctuates between Rs. 300 to 3000, depending on the type of bus you take. Most buses can be taken from ISBT Kashmiri Gate, in Delhi.

Getting out of your home to travel, is also getting out of your comfort zone. To prevent that from happening, it's essential that we get hotels that accentuate our overall travel experience. Here are two fantastic OYOs to stay in Manali: 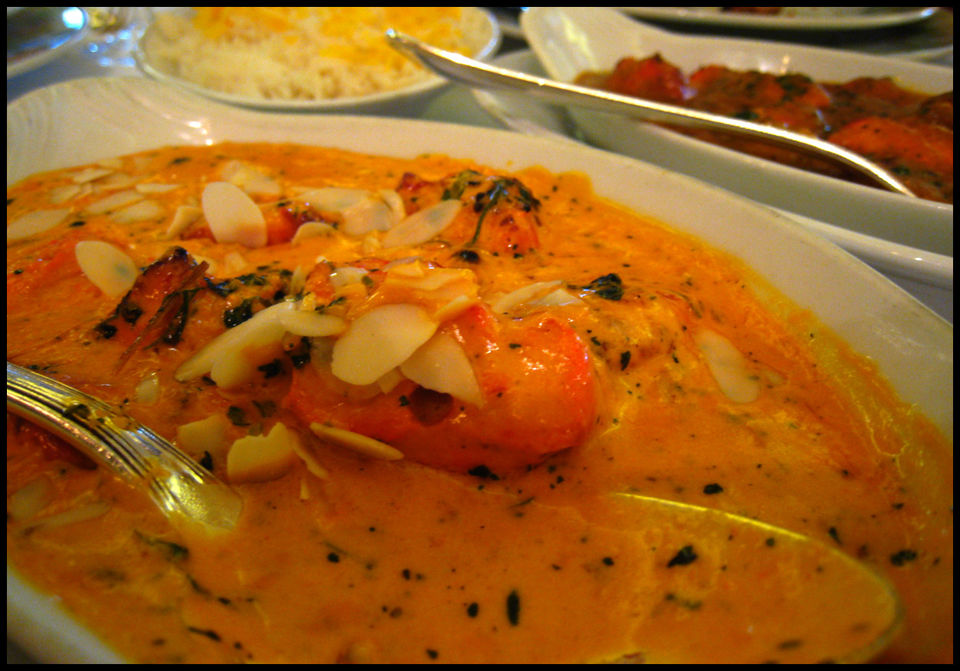 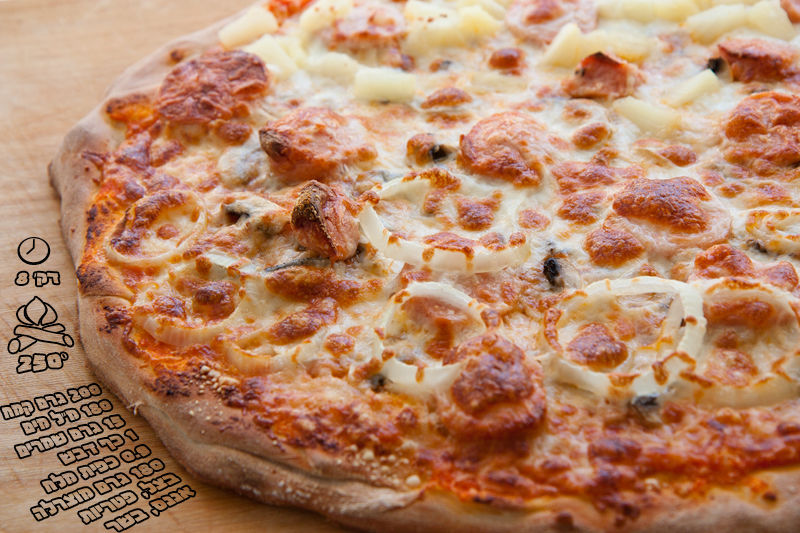 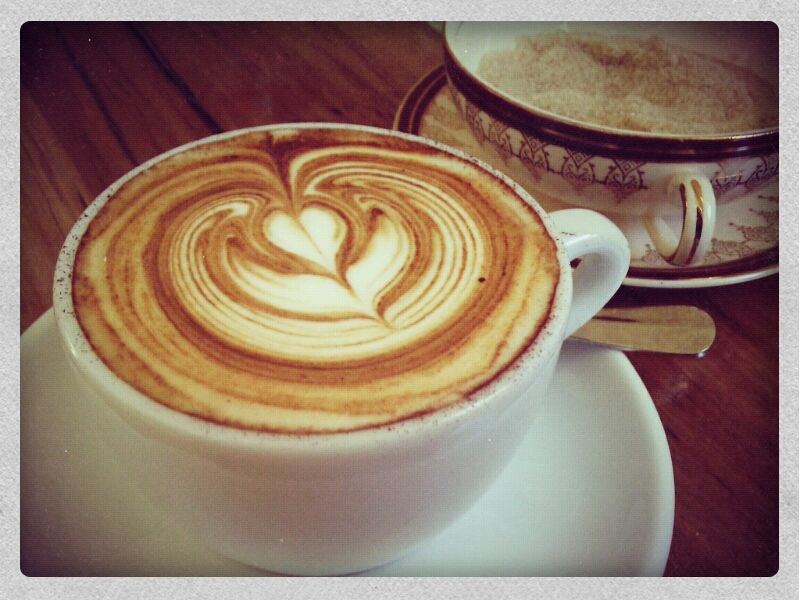 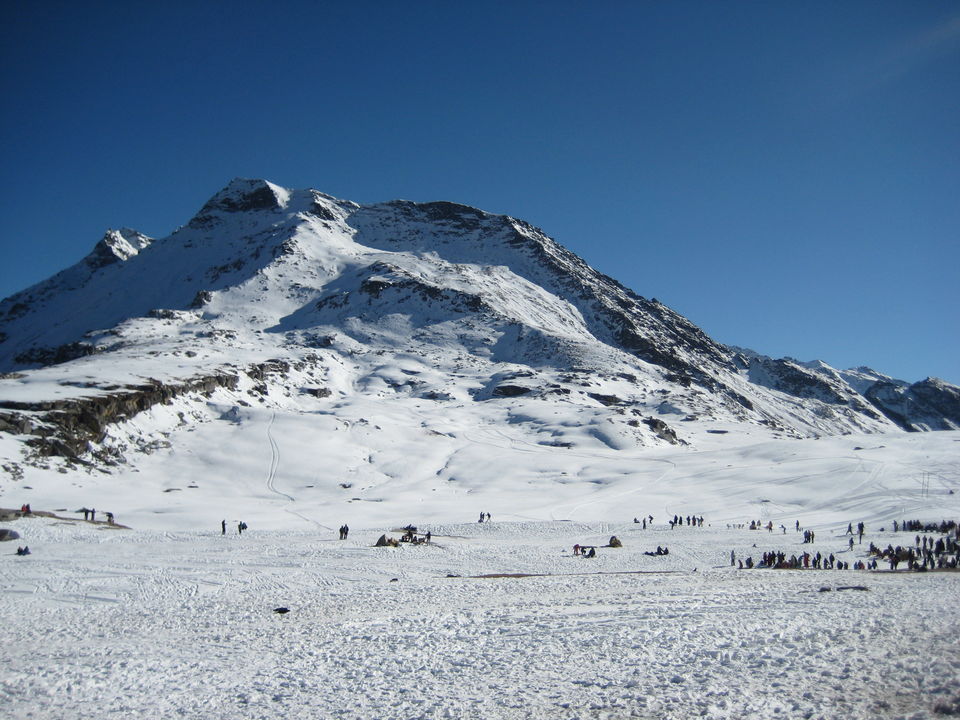 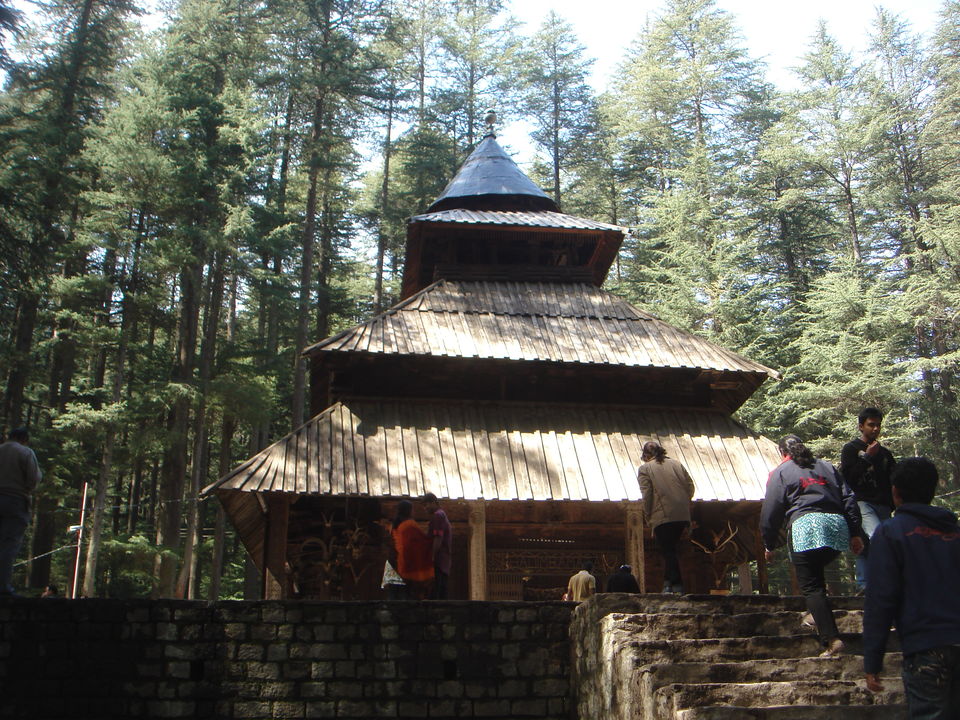 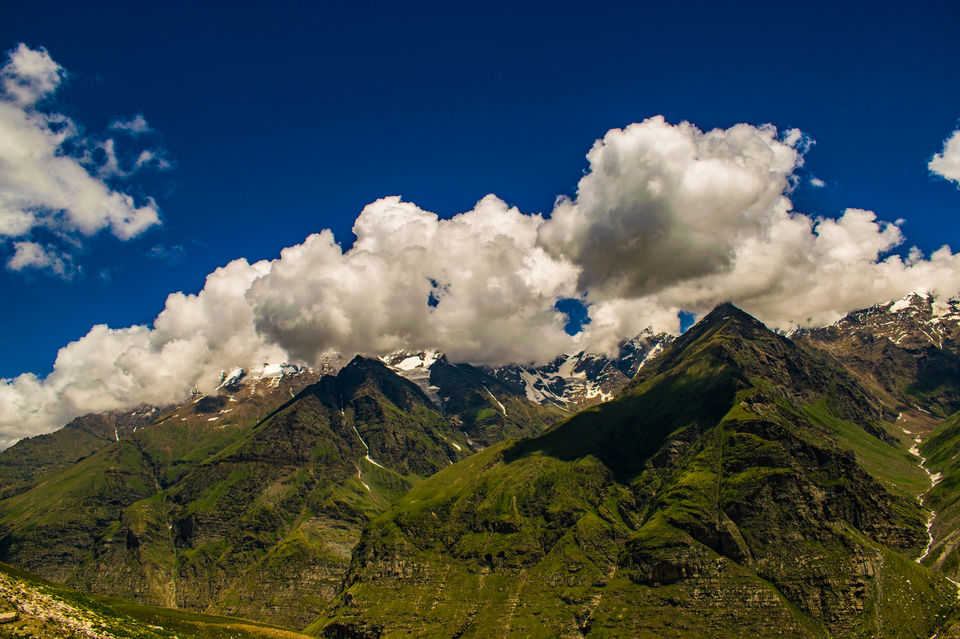 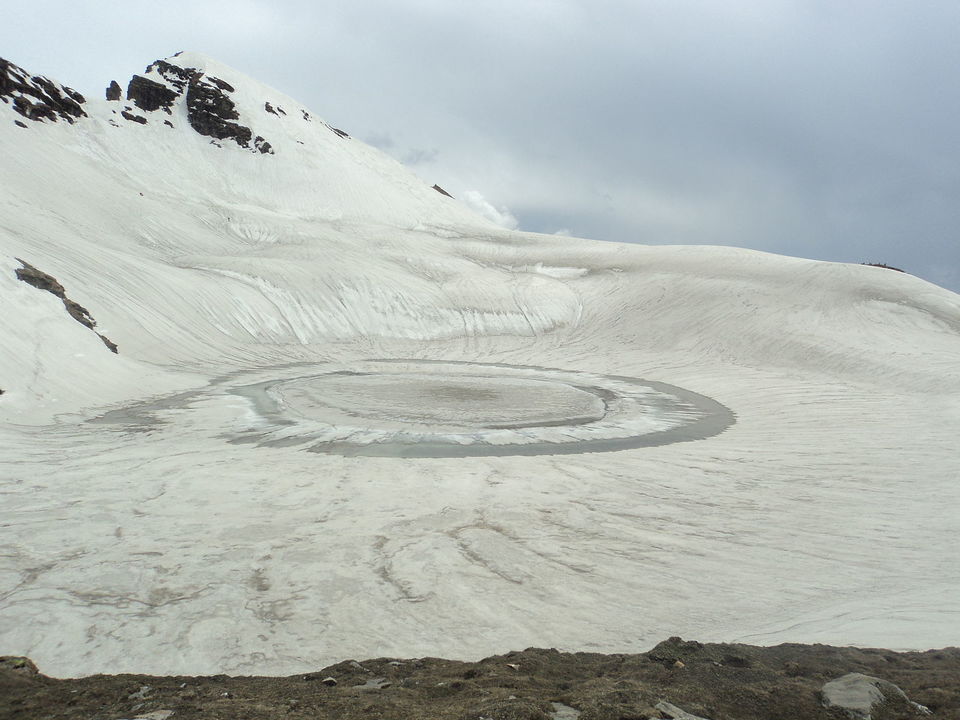 Where: Near Hadimba Temple 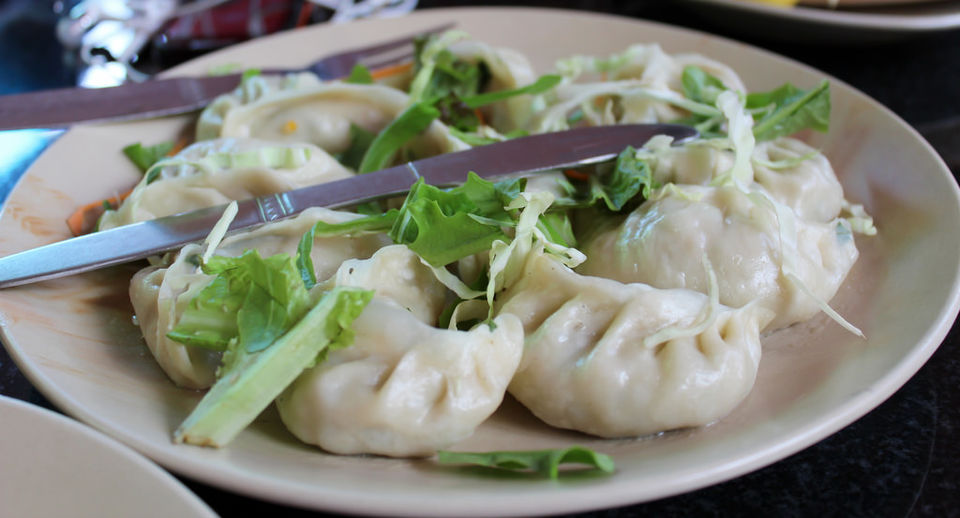 Unlike many other hill stations in Himachal Pradesh, Manali doesn't only offer Pan-Asian food at most of its restaurants and cafes. Because this place is largely frequented by people from the northern part of the country, the cuisine options here are massive. Here are the top restaurants and cafes in Manali, based on popular preferences:

A typical North Indian cannot go to bed at night without having a hearty roti-daal meal. Adarsh Restaurant is precisely to satisfy those people to the fullest.

For those who cannot function without having some Italian on a holiday, Il Forno is a fantastic standalone pizza outlet located at the back end of the main Mall Road.

If you're the type who can only be fixed by a good ol' strong coffee mug, Cafe 1947 is the best cafe in the entire district. You can get freshly-baked cookies and cheesy sandwiches here till 11 at night, everyday.

Things to do and places to visit 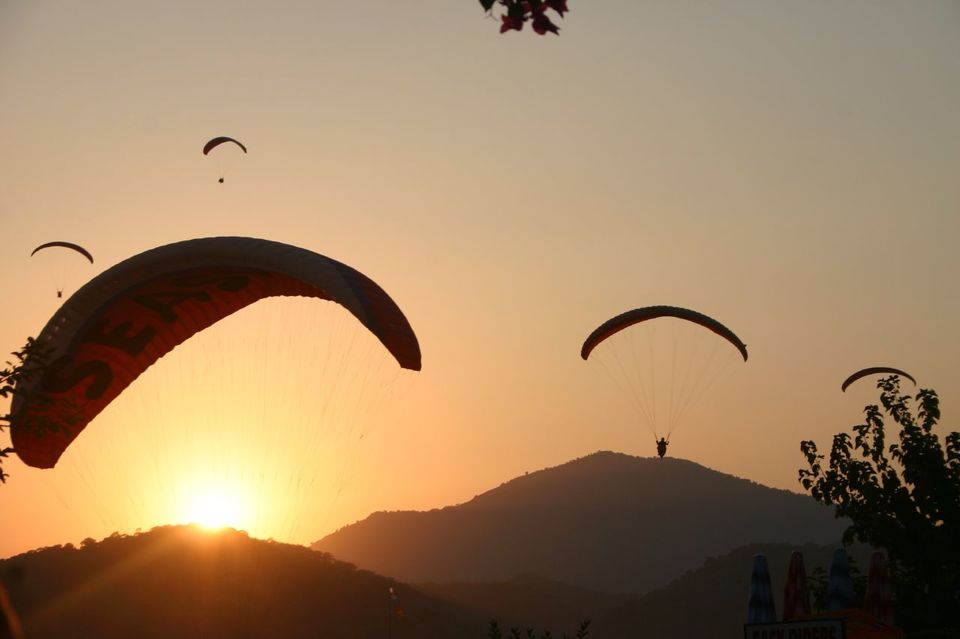 There are plenty of things to do and places to see in and around Manali, that cater to every kind of traveller. Traditional tourist attractions include temples and national parks, while adventure junkies find Manali to be heaven because of paragliding and snorkelling sites nearby. Here are some of the best places to visit in Manali, and what all you can do over here:

Situated 14km away from main Manali, Solang Valley is a beautiful destination for families as well as solo trippers. But the main reason to visit this place is to indulge in various adventure sports. Private taxis can be hired in Manali to take you to this place.

Where: 14km northwest of Manali

Things to Do: Parachuting, paragliding, skating and zorbing

Hadimba Temple is the most important site of religious significance in Manali. It is situated merely 2km away from the Mall Road (city centre) and it's recommended to walk up to this place instead of driving up thanks to the narrow road leading up to it, which tends to get clogged more often than not.

Rohtang Pass is the farthest tourist attraction around Manali, but completely worth it. It's a high mountain pass that connects the Kullu valley with Lahaul and Spiti Valley. Hence, it's a very important road, which has to be kept open all through the year for military and civil reasons. Again, you get a lot of private taxi operators taking you up till this place in just over two hours (one side).

Where: 51km from Manali

Bhrigu Lake is a fantastic destination for all amateur trekkers. Located at an elevation of 14,000+ feet, it's considered one of the easiest treks to attain such an elevation. It can be trekked from either the Vashishth Temple, which is close to Manali town, or from the Gulaba Village. Either way, one has to come to Manali in order to go to this lake.

Where: 19km from Manali

Manali might have already been visited by most of you with your respective families, but it will continue to surprise you in ways unimaginable with every new visit. In my personal opinion, there isn't a more grand hill station for Delhiites to visit during summer vacations. That reminds me, finalise your plans already else you will lose out on the great deals on hotels.

So, when are you planning a Manali trip from Delhi? Tell us your story here on Tripoto. 25 million travellers are waiting to hear it!

In association with OYO Rooms.