Scrolling and surfing through the net looking for travel destinations; stories by backpackers and unique encounters had become my hobby off late. Among all these tales, accounts of solivagant fascinated me the most. I kept surfing through sagas of solo travelers and dreaming to set off on one such journey some day. When a break of a few days was announced at work, I could hear my heart cry out opportunity!!!

Looking at the sun radiating heat magnificently, it was an obvious choice to select a destination where the mercury doesn’t soar much. Choices were many but time was limited. A while back a friend of mine suggested me to watch this show, ‘Way back home’ by Rohan Thakur which focused on the beauty of Himachal Pradesh. I haven’t been to Himachal ever, so I selected one that was nearest to Delhi. Shimla, positioned at a distance of just 370 km from Delhi, which can be overcome by an overnight bus travel, I quickly booked my tickets online at hptdc.gov.

I believe that the best trips are the ones that have no plans. And mine was just that! (Although I kept telling everyone that mine was a perfectly planned one, so that they don’t panic!)

The visual journey from Delhi to Shimla is a spectacle! The gradual process, in which the sky slowly brightens up to lighter hues of blue from its usual dark, cannot be expressed in words, simply breath-taking! The meandering roads, crude edges, steep slopes, pine tree silhouettes and the plunging valleys starts blending in the hilly flavor, I so wished to savor.

By the time you reach the Old Bus station, the city is still asleep but the cab drivers are out and hunting for their customers in the wee hours of the day. As you get off the bus, they will flock around you like goons from all sides, and before you can adjust to the situation you have to start bargaining. Since I had put up at place called Kasumpti, I had to put my bargaining skills to work. Soon after I was in my room ready to indulge in some peaceful slumber!

I wanted to finish off sightseeing in a day, with only one aim that is to visit the main attractions like any tourist. Here are the ones that I ticked in my list.

Going by the local advice, I started my visit from the Ridge. The city by this time was buzzing with people and traffic. From the old bus station you can either take the lift up to the mall road and then climb up to the Ridge or walk all the way up. I preferred the latter and the locals functioned as my GPS. The road was lined with a variety of shops. Some sold items of daily use, some garments and souvenirs, others food items and so on. A flight of steps take you to the mall road and another flight take you to the Ridge finally. It is a vast open space with one end open for viewing the natural frame of the hills and valleys under big blue sky.

Located at the Ridge is the Christ Church which exhibits neo-gothic style architecture and a history more than one hundred fifty year old. Peaceful and holy like any other church.

The locals explain that the Maharaja of Patiala eloped with the daughter of the Viceroy and the place from where he eloped is now known as scandal point. Chail which is situated about forty five kilometers from Shimla, was built by the Maharaja as a copy of Shimla, since he was prohibited from entering this place.

Being a Bengali, I was eager to see this temple. It replicated the other Kali Temples in Bengal, with the walls showcasing Bengali scripts, black and white tiles and the similar idol of Kali Ma. “A bit of Bengal in Shimla” I smiled to myself.

If you are lucky, you might get an office cab to transport you to this place from the mall road, otherwise be happy to do some walking. It displays various rock sculptures, paintings mostly modern, historical writings, coins, cutlery, postage stamps, folk costumes and jewellery.

The Indian Institute of Advanced Studies/ The Viceroy’s House

This architectural masterpiece was built using the skills of Henry Irwin under the patronage of Lord Dufferin. The building was later turned into a hub for research activities by the then President Dr. S Radhakrishnan. The wood work, specially the walnut carvings in the ceiling, the delicately designed furniture, the elaborate chandeliers, the clock that still ticks, the photographs and the long hallways will surely make anyone traverse back in time.

It is another structure built by Henry Irwin back in 1877. The theatre exudes the same Victorian feel even to this day. The teak stage, the circular seating arrangements with separate areas for the maharajas, the spiral staircases, dim lights, the balcony, photographs everything stands perfectly displaying the Victorian mood.

It’s a tiny area which is the abode of a few prominent birds like peacock.

Beware of the monkeys!! Carry nothing with yourself besides the stick provided by the local shops. The giant saffron idol of Lord Hanuman is visible prominently from the Ridge. One has to walk all the way up to the temple. The verdure of the mountainous terrain under the vast clear blue sky, visible from 8000ft above sea level provides reason enough to take your breath away.

That was all for the day. Have plenty of cherries and plums. And a few suggestions for places to eat near the mall road would be Goofa restaurant owned by the Himachal Pradesh Tourism, Hotel Combermere and the Shimla Times Café.

One day in Shimla was kind of enough for me. I wished to escape the cacophony of the city by then and take the road less travelled, creating my own desire line. Googling for a few spots that do conduct adventure activities, I came across this Redwood Camp. It is nearly fifteen kilometers from Shimla, on the way to Chail. The cab will drop you at a spot from where you have no clue where the camp is. Unsure what to do I kept walking along the bypath. After some walking, the small camps become clear to the eyesight and I regain some hope that after all I am not lost!

Since it was just me, I had to join a group of people who were camping here previously. Along with them I tried out rappelling, commando net climbing, jummaring, Burma bridge, sky zipping and spider net climbing. (Rappelling – #firsttime #lovedit #willtryagain)

One thing that is worth mentioning here was the trekking we (a few guys from the group and myself) tried all by ourselves. Being surrounded by hills and mountains, it was a pleasure to try some ‘darr ke age jeet hai’! The trek started by simply walking along the desire lines carved by the inhabitants on the face of the rock. We intended to walk all the way up to the river flowing right at the foothills. But after an hour and a half of walking we realized our plans were too ambitious to implement. Tired, we started what we love most, clicking and capturing our efforts in our phones. The path back up seemed quite a long way and we were not ready to walk back up. So the only choice left was to climb the hills! We gave a nod and a smile as a sign of acceptance of the idea. We started grabbing the grass and securing our foothold and slowly moved up. It was physically strenuous especially with the sun beaming on us. This was adventure in its pure and raw form, truly!

My gut was brimming with joy with all those adventure activities, now it was searching for peace, serenity and tranquility! I was struck with the ‘sab moh maya hai’ mood. Inquiry with the camp coordinators revealed that there was a village like place Puran Koti, about ten kilometers from Mashobra. Aroung evening,I booked Hotel Himgiri (hoping it will be something worth putting up) before leaving the camp . One piece of advice here, while travelling never ask the locals about a place they are not sure of, better look for signboards or milestones, cause the only thing they will say is ‘aur aage’. The network ditches, the maps won’t work; the locals won’t guide and hardly any signboards, no wonder I lost my way and kept traveling up and down the road. Finally when the road was supposedly correct the driver’s intuition wasn’t supporting, as the well paved road gave way to a crude rocky one! My paranoid mood was experiencing a change as we were coming closer and a few signboards were sighted. The reduced temperature, the peace in the surrounding, the greenery, the pollution free air and that rustic feel of villages calmed my soul. All the heck was worth it!

Next morning I went for a stroll around the area. The hotel had an adjoining apple orchard. Being just June, the apples were small and green in color with tinges of red. The roadsides were stacked with wild flowers growing freestyle. The hillside vegetation in the form of terraces was picturesque in its own way. High up the sun peeped through the tall pine trees and right at the feet series of ants struggled under the weights from carrying food.

It was the final day of my trip before I resumed the monotonous schedule. While checking out I happened to meet this lovely group of three friends (around fifty by age) who invited me to travel with them and promised me to drop me at Shimla safely much before the departure time of the bus. Mind said NO, heart said Yes. There I was out chatting and laughing all my way with people transcending the age barrier. We travelled all along Kufri up to Mundghat. And they duly dropped me at the mall road much before the time as promised. #Stranger #promise #delivered.

Concluding this whole tour in a few lines is tough. The whole trip was not just about sightseeing and enjoying, it was a lot more about emotional indulgence in oneself. All the lonely walks, lying at the car seat gazing up at the open sky, noticing that wild flower growing far away from the bunch and times when your heart is pounding with fear and there is no one known around you, You discover a brand new You and come out as a much stronger, calmer and contended human being.

Far away from the cacophony and the madding crowd of the city, in a place named Purani Koti. It stands at quite a distance from Mashobra, which falls on the way to Kufri. If you like quiet and serene places, this one should be on your checklist. 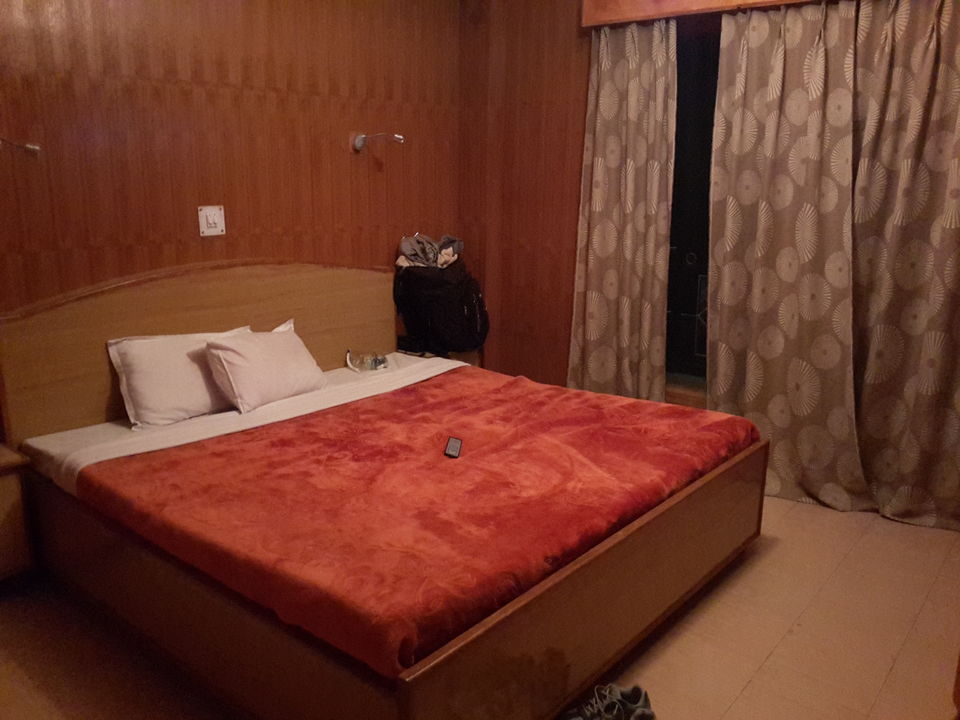 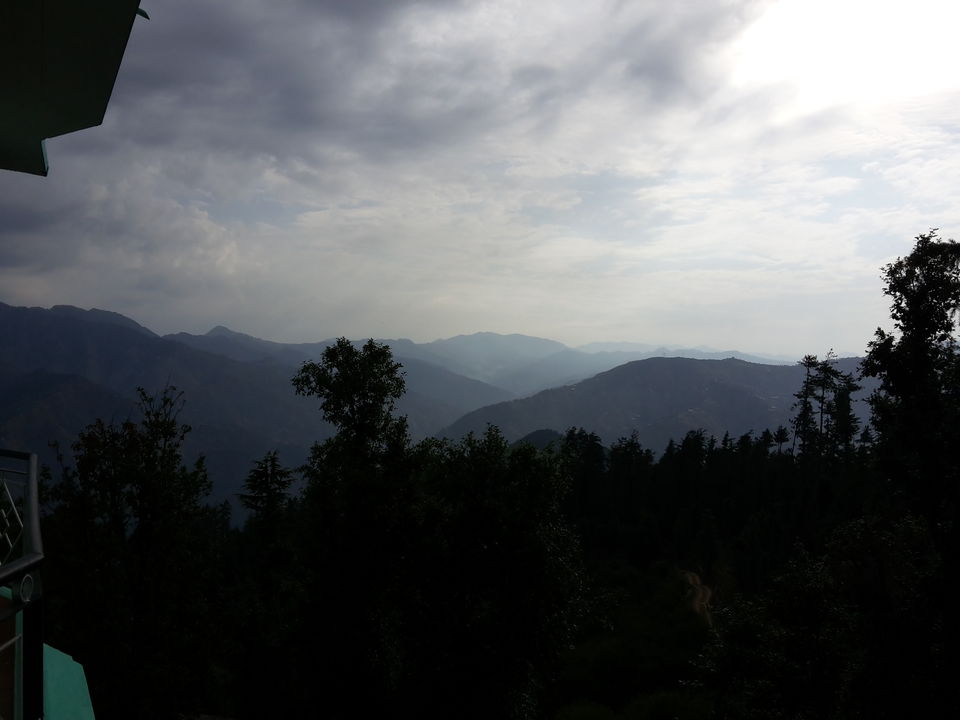 Located in Purani Kothi, this is one great place to put up in. 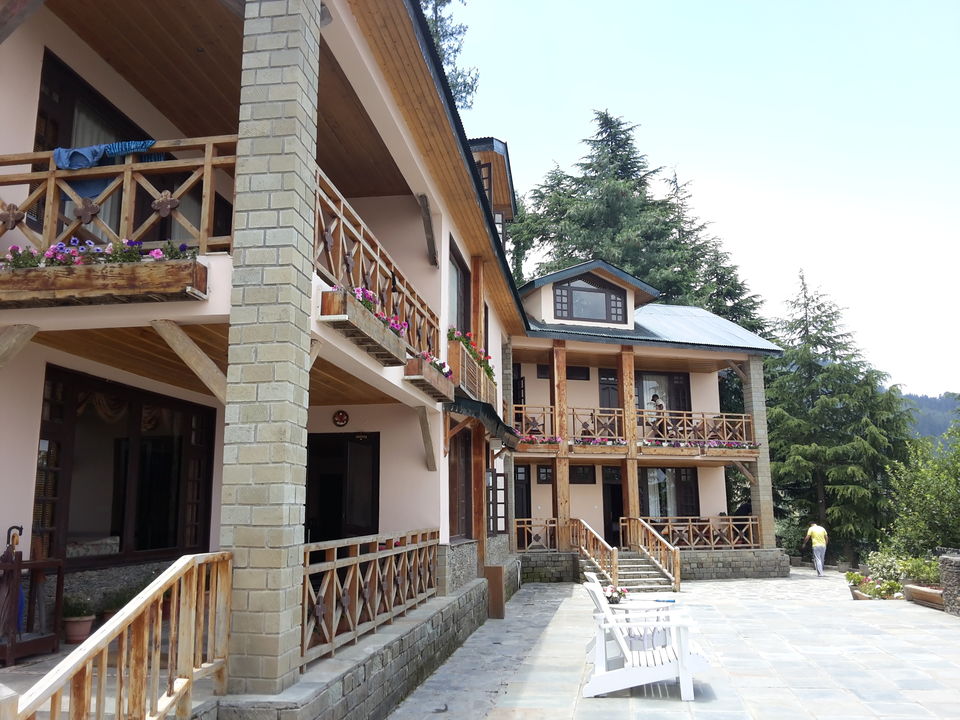 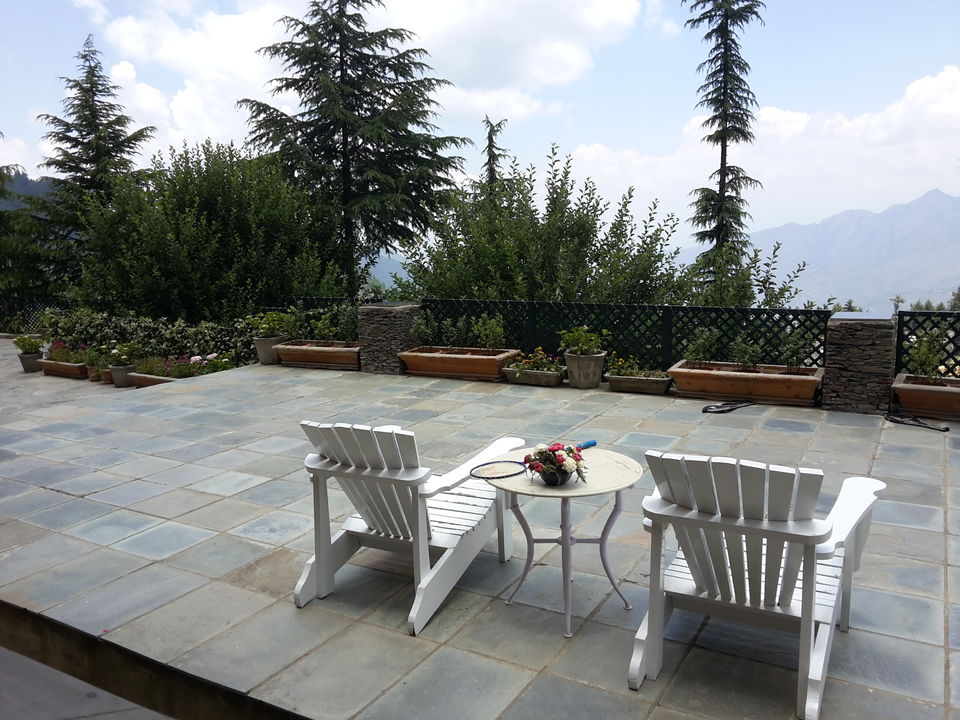