8 Enchanting Deserts in the World 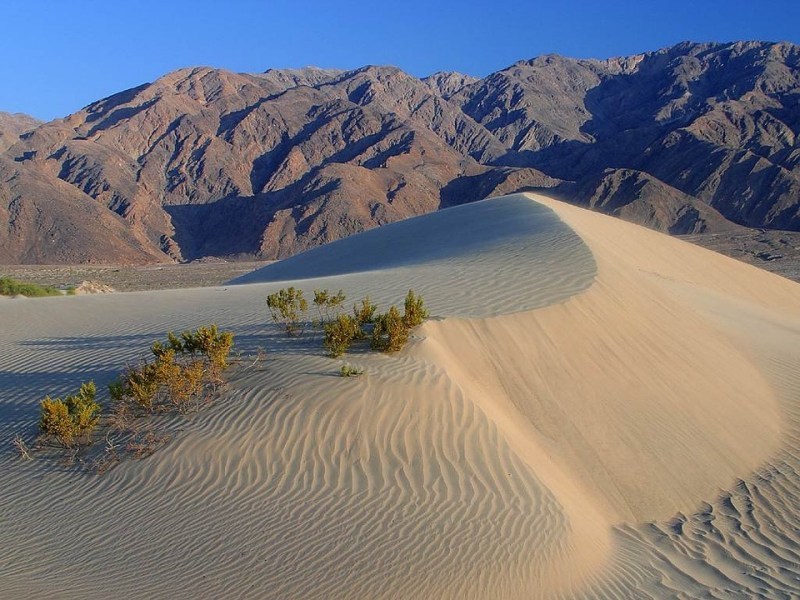 Oceans, mountains, rivers and valleys are favourites among globetrotters. But the world is gifted by some spectacular and enchanting deserts; mesmerizing the adventure minds of travel admirers and nature lovers. There are both hot and cold deserts in the world. Visiting these wondrous places will rejuvenate you for sure. The view of a desert in the daytime is entirely different than that at night. Though I am still waiting to view the majority of the deserts in the world, I felt like sharing some of my experiences and some heard from my friends and relatives who were better privileged than me to visit them.

Being my motherland, I am a little bit biased in writing about the Thar desert as the first one. Spread across an area of 77000 square miles, it is one of the most populated deserts in the world. The bio-diversity of the desert is its unique feature. It may seem a desert has only sand and flanked by hot temperature. But you will be surprised to hear that the Thar Desert has innumerable species of birds and animals. Bird watchers can enjoy quality time observing the local and migratory birds visiting the desert. You can enjoy the desert safaris riding on a camel or a jeep safari. At night, local dances and songs are arranged by the locals for the tourists, accompanied by food and drinks.

I am influenced considerably to mention the Sahara Desert in Africa as the next in my list of enchanting deserts in the world. Especially since it enticed me while I studied about the desert in my school curriculum. It is the largest among the hot deserts, spreading across an area of 3,600,000 sq miles. The desert has some astounding sand dunes; dotted by patches of greenery, cactus and some desert shrubs. You can even visit an oasis and converse with the locals to learn about their survival techniques and habitat. Safaris are a must if you happen to visit the desert. As far as the fauna is considered, there are quite a number of animal species along with domesticated animals.

The third desert I want to mention in my list is the Atacama Desert in South America. It has been my curiosity for a long since my childhood. Though it is very dry, yet its weather is cool due to its proximity towards the coastal areas of the Pacific ocean. The unique feature of the desert is its soil, compared to that present on the planet of Mars. It is adorned with exquisite flora and fauna. Penguins and flamingoes are its specialities. It is truly one of the incredible deserts in the world. Besides, it is an ideal place for astronomical observations. Interestingly several desert rallies and championships are organized in several zones of the desert.

Gobi Desert is one of the most popular deserts in the world, spanning across both China and Mongolia. The weather is interesting in the desert, hot during the day and cold at night. It is apparently a cold desert, occasionally covered with patches of snow. The desert is historically significant, hosting the ancient trade route of the Silk Road. The desert is divided into 5 major regions segregated based on the topographical and climatic variations. The flora and fauna are minimalistic in nature, compared to the other deserts. The majority of the desert is barren, not constituted much with human or animal life.

Think of the continent of Antarctica and the one thing that flashes across our mind is sheets of ice and snow. But the continent has more to offer. Though there is now, news on the melting down of the snow in Antarctica, conventionally it stays and never melts. That qualifies it to be named in the list of the deserts in the world. The view is awesome and dreamy, an experience of a lifetime. I bet travel enthusiasts and adventure specialists dream of visiting the continent at least once to witness the spectacular views. And even I wish to after hearing out the wonderful experiences from my friends.

One of my dream destinations, still unexplored. The Mojave Desert is a splendid tourist destination, partly in California and partly in Nevada. Spread across an area of 47,877 square miles, it receives very little rainfall. The entire area comprises a national park, plateau, desert, national preserve and most importantly the Death Valley. The winters are normally cool in this desert and even the autumns are comfortable. Due to its proximity to Las Vegas, the desert experiences a heavy footfall of enthusiastic tourists. The desert has exquisite and unique flora and fauna, much to the awe of the tourists visiting the place.

Saudi Arabia is a country where you can experience desert life at its best. Rub' al Khali is one of the astounding deserts in the world, located in this beautiful country. You must not miss the sunrise and the sunset in the desert. It's a wonderful experience, walking on the sands of the desert and witnessing the beauty of nature. In the earlier years, there were lakes within the desert area, beaming with flora and fauna. The desert had been a craze for various explorers from all over the world.

Thinking of Spain, the one thing that appears at the top of our mind is history, culture, and art. But you will be amazed to hear that, the country hosts one of the exotic deserts in the world. It's an incredible tourist destination with a breathtaking panoramic landscape to observe and enjoy. The sand dunes are enticing to the eyes along with their flora. Bird watchers would have a lovely time observing the migratory birds and even the local birds. The desert has been featured in many films of Hollywood.

How many of these deserts did you know about & have you been to any of these? Well, I'm looking forward to tick off all from my bucketlist!

If you know about any other enchanting desert, do share the name in the comments below. Got an interesting travel story to share? Then write about it here on Tripoto and earn Tripoto Credits!