A trip to remember - chansal pass 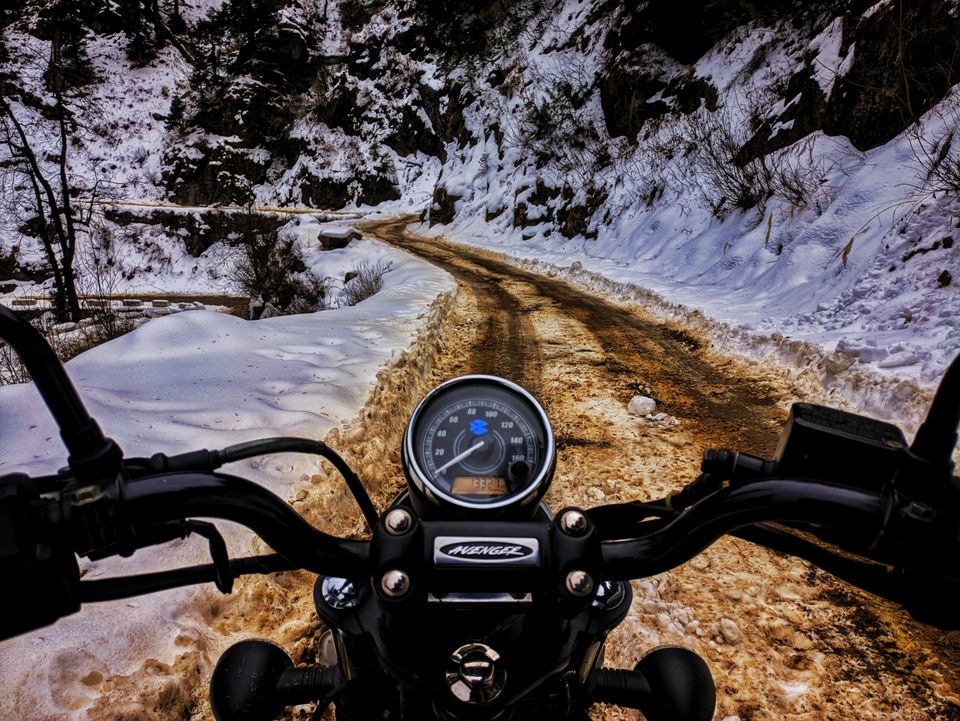 So we left delhi on 14th morning around 7 am from our scooty. It was hell cold in the morning and I was just assuming about all the cold we are gong to feel in our journey. We took short breaks in between and around 2 pm we reached mohali, We picked up our bike from there and decided to go to chansal pass as we were confused about the place we wanted to go. We picked up an avenger 220 though uncomfortable for the Pillion but still only option we could afford. We biked till shimla realising it is going to be hell tough for us. Dry winds of shimla was making it almost impossible to bike but then we kept on riding because not everyone can ride a bike in January, also we have nt found a single biker so far till the day sets off. We booked an oyo room for rs 900 and stayed for the night in shimla. 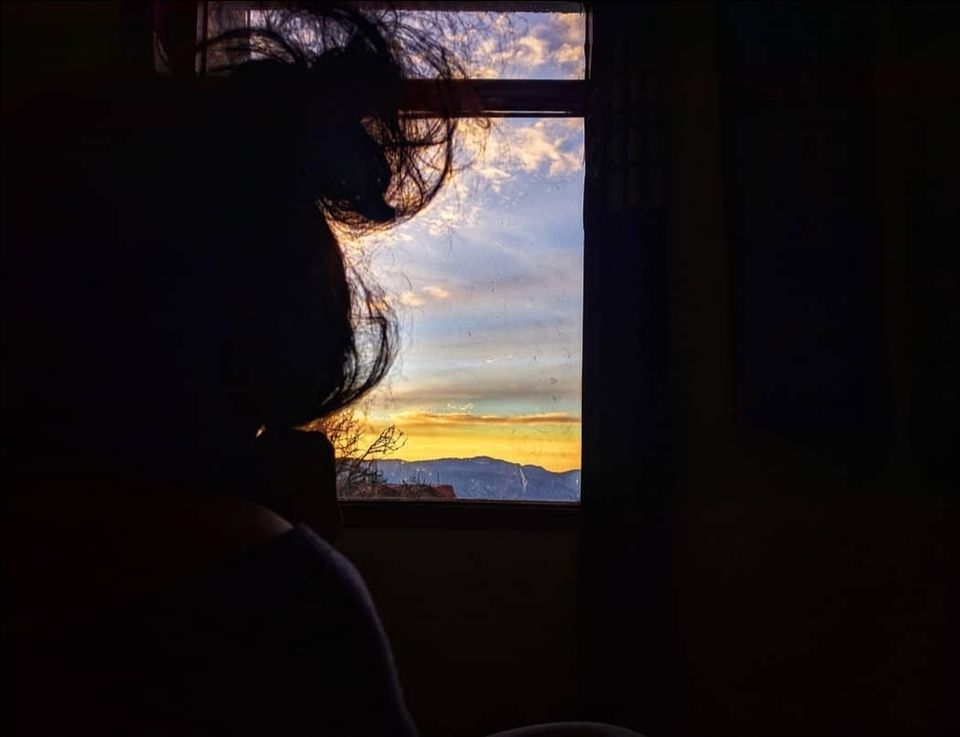 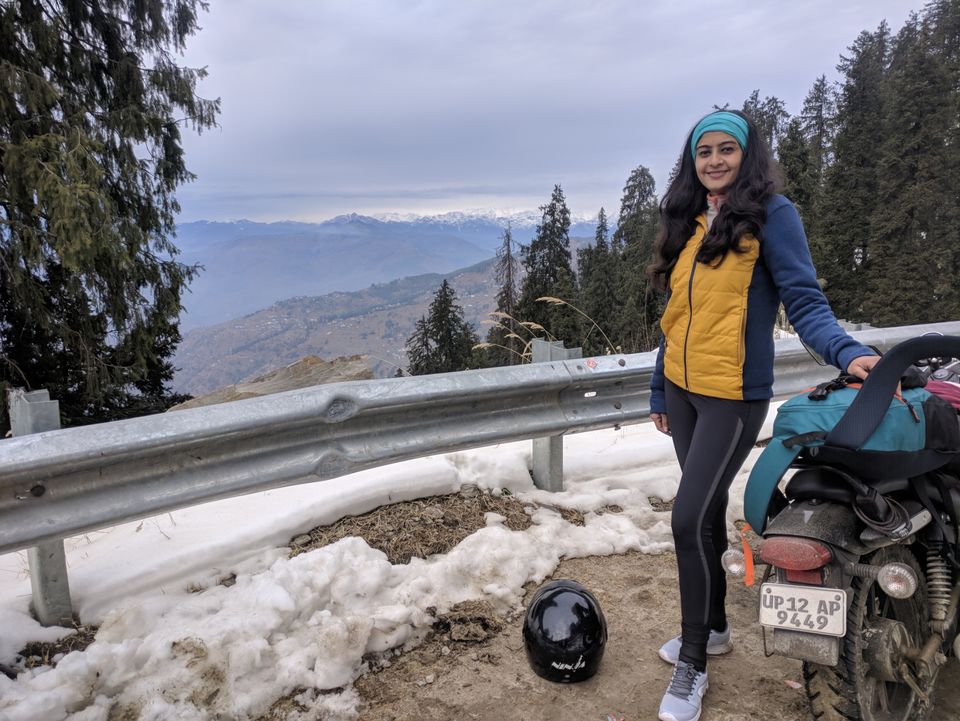 Next morning, as soon as the sun rise we decided to leave for rohru. We were still confused if we should go by theog or narkanda but since we weren't known about any of its conditions we decided to go for the short one. We went to narkanda.. But pretty soon we realised we did a mistake. Narkanda was all white, all I could see was snow and snow. But what made it hell difficult was the melted snow on road as water. Our bike slipped couple of times and we just tried to somehow get out of this. But very soon we were stopped by other's saying you can't make it on a bike to narkanda, you might fall down the hill. This was Enough to realise the risk we were taking. Although we already rode around 5 km on that slippery trail, we had to return back. Now we were in a weirder situation because we now have to go extra 30 kms. But seeing no option around we left for theog again, it was getting cold and unbearable for us to ride and sit. But we had to reach rohru as we booked a room for rs 900 there. We just rode and rode and rode as much as we could take and around 9 PM we reached rohru. Except eating we couldn't even stand for 5 mins and we just slept Because we have more to seek tommorow. 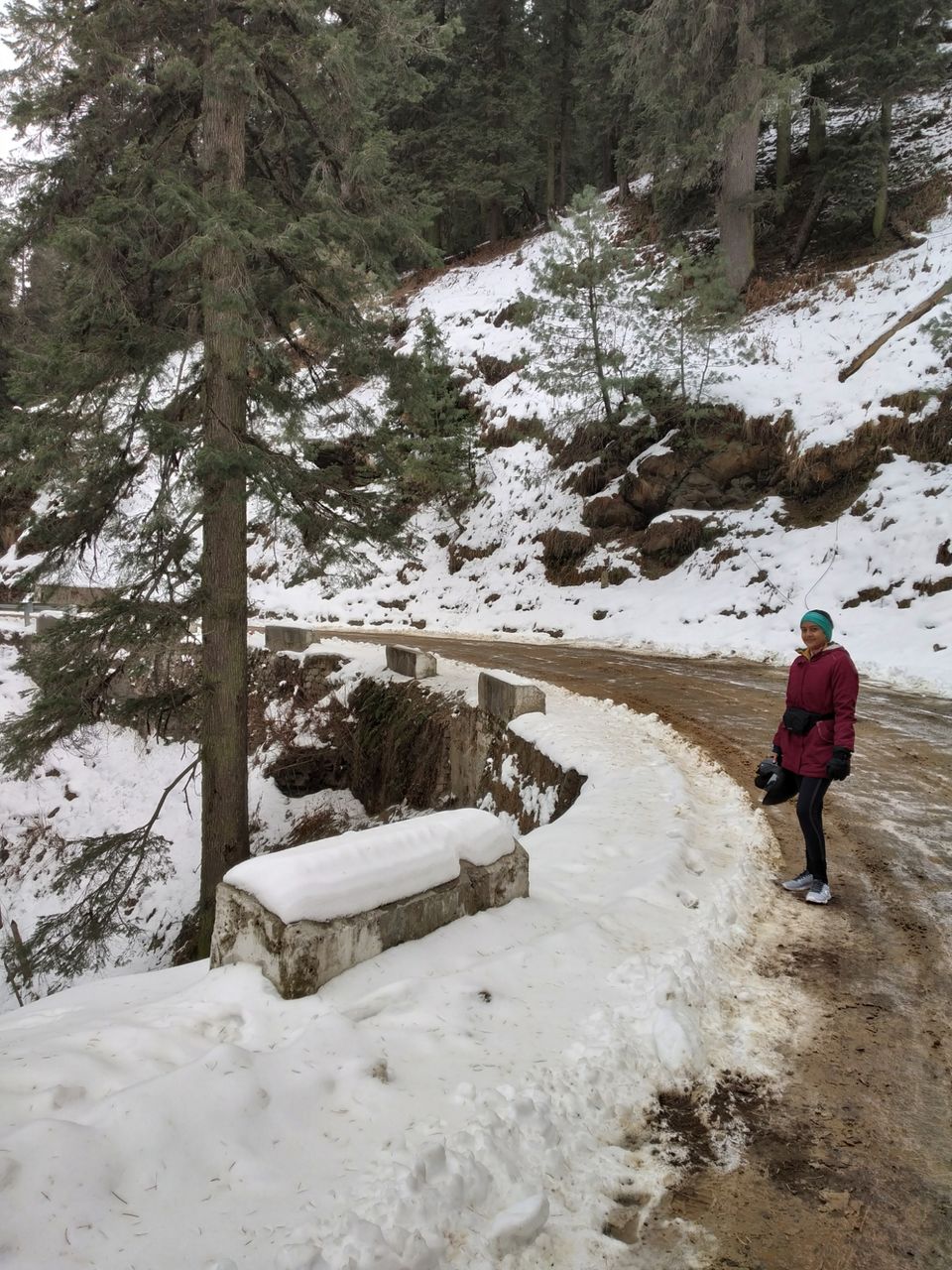 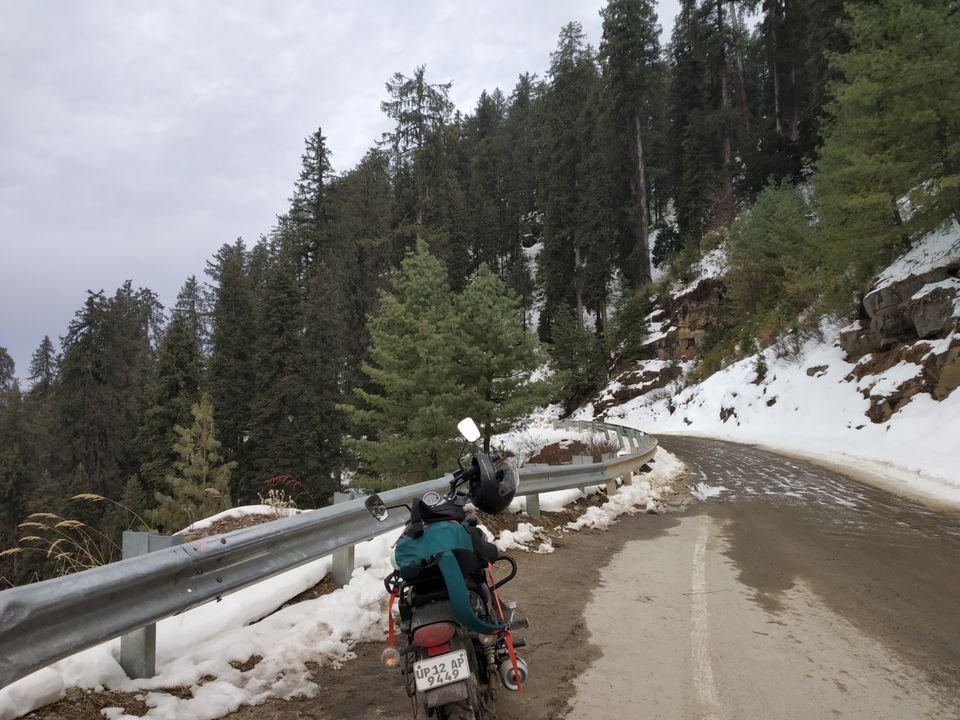 Next mourning as soon as we woke up, we decided to leave for chansal pass but most of people weren't sure if we should go that way, because they were suspecting a lot of snow and blocked roads. We still thought of giving it one try and left for it. The roads are not in a very nice condition but still usable. After riding for around 35 km, we faced what we were scared about. Roads were full of snow and it was impossible for us to ride ahead. Rajneesh still tried taking it but ahead but failed. We left our bike there and went ahead asking the locals about the conditions ahead. They said we can't go up there, because snow is around 6-7 feet up there and day temperature is around -15°.ooppsssss... We were left with no option now. We spent an time there, went a bit ahead but still couldn't reach to the pass. We came back with a promise to see the beauty of this place again in April. We left rohru and had to reach solan by the time sun goes off. After riding in extreme cold and making it even worse for the rider, somehow we made it to solan. It is definitely not easy and rather stupid as per some people to ride so far on a bike in such cold. But we were taking only the good vibes and good praises we were getting from people on the way. One chai wala uncle at shimla said "zindagi toh bike par ghumne mai hi" Aur iske liye himmat lgti hai"... I was very happy listening to this. We reached solan around 9,already booked a hotel for rs 900 and the moment we reached we slept. 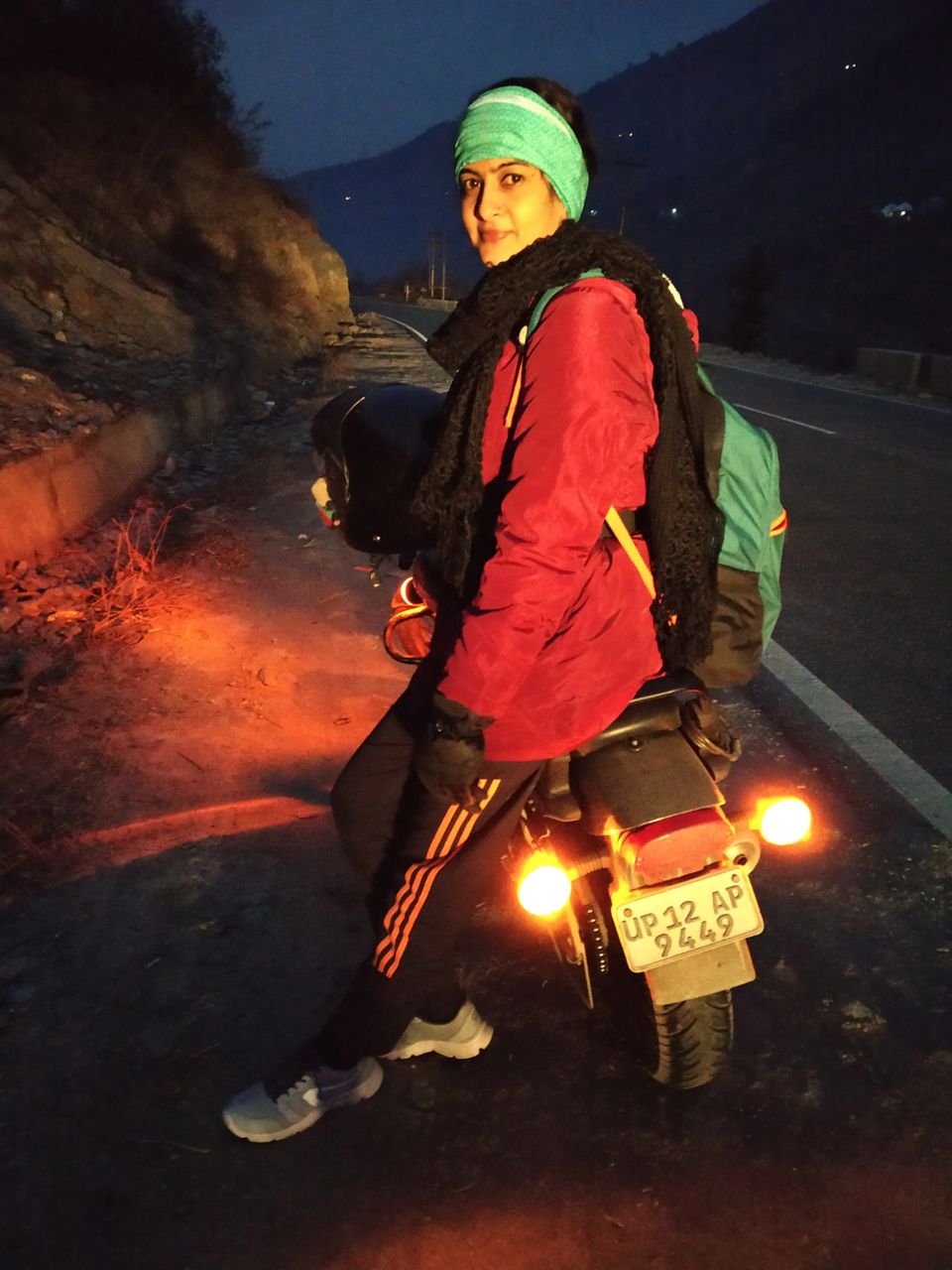 On the way to chansal 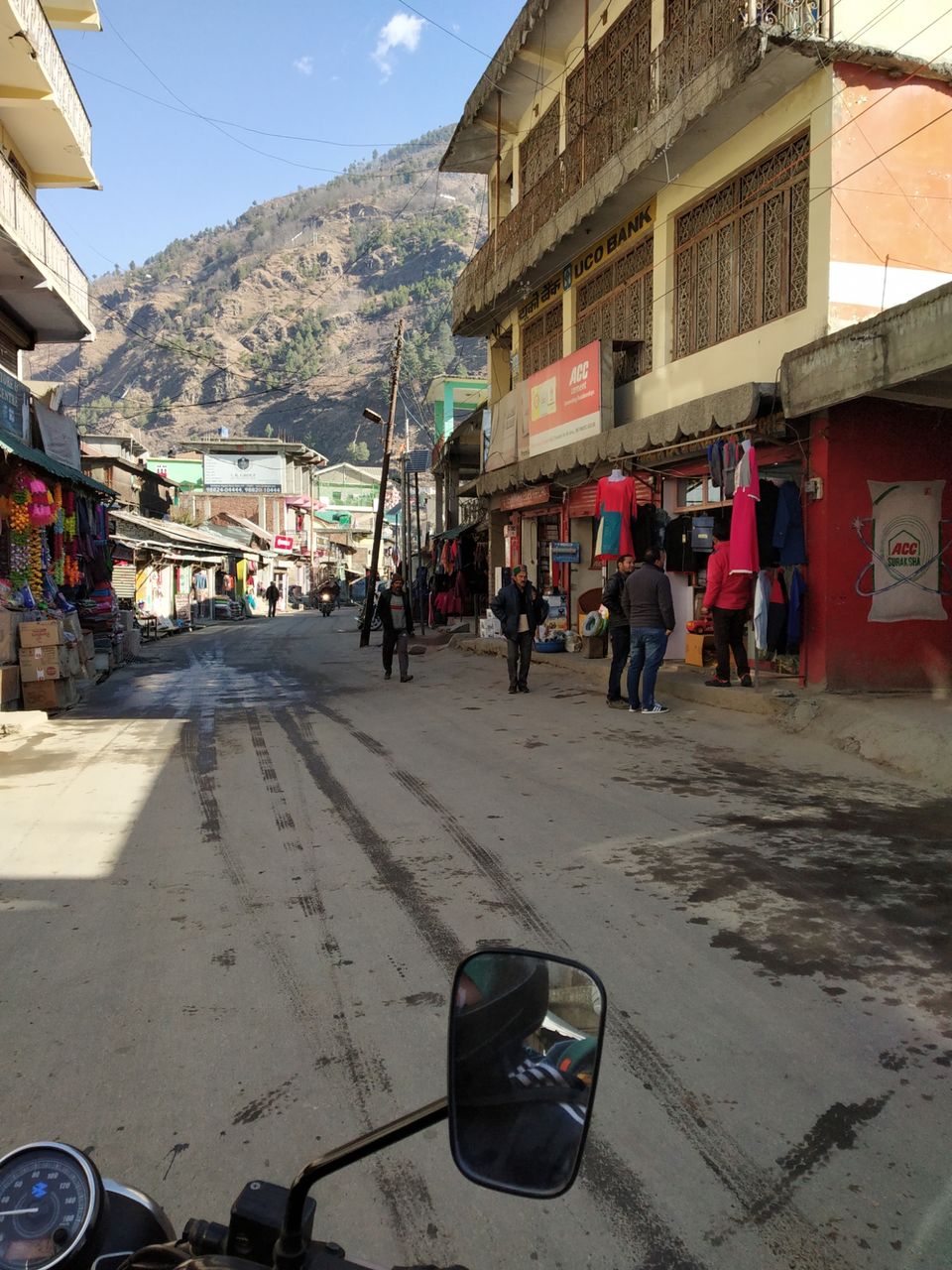 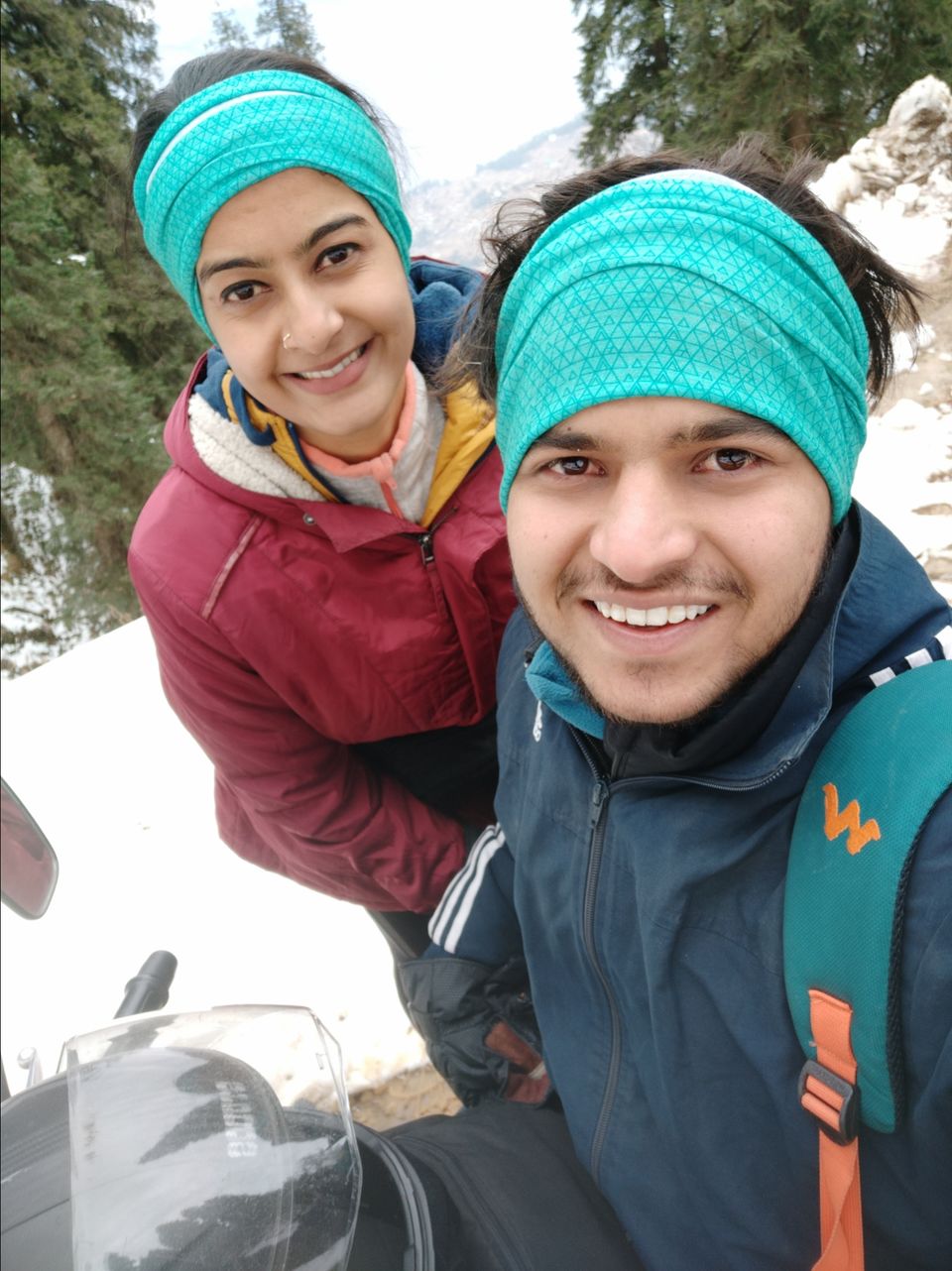 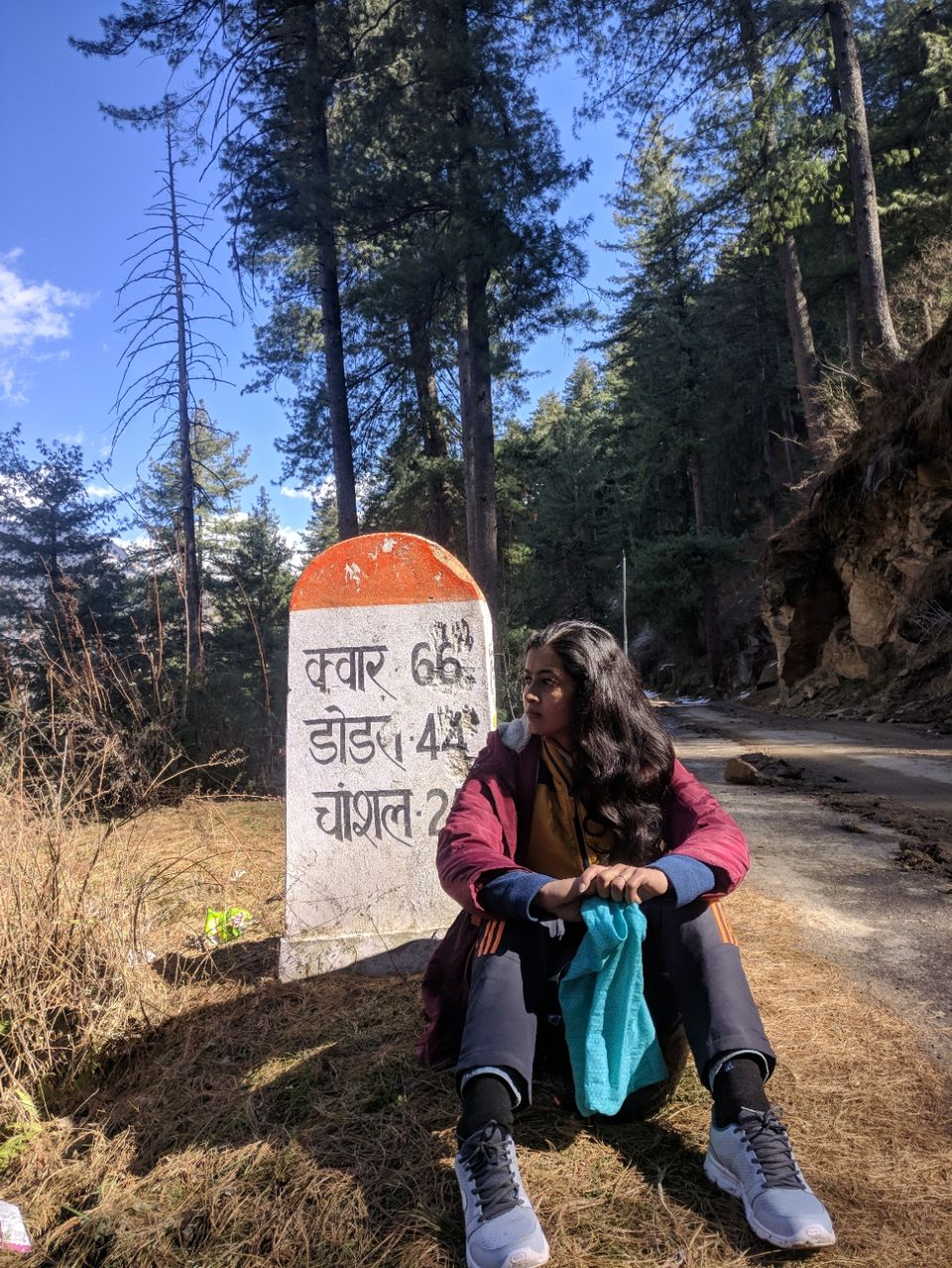 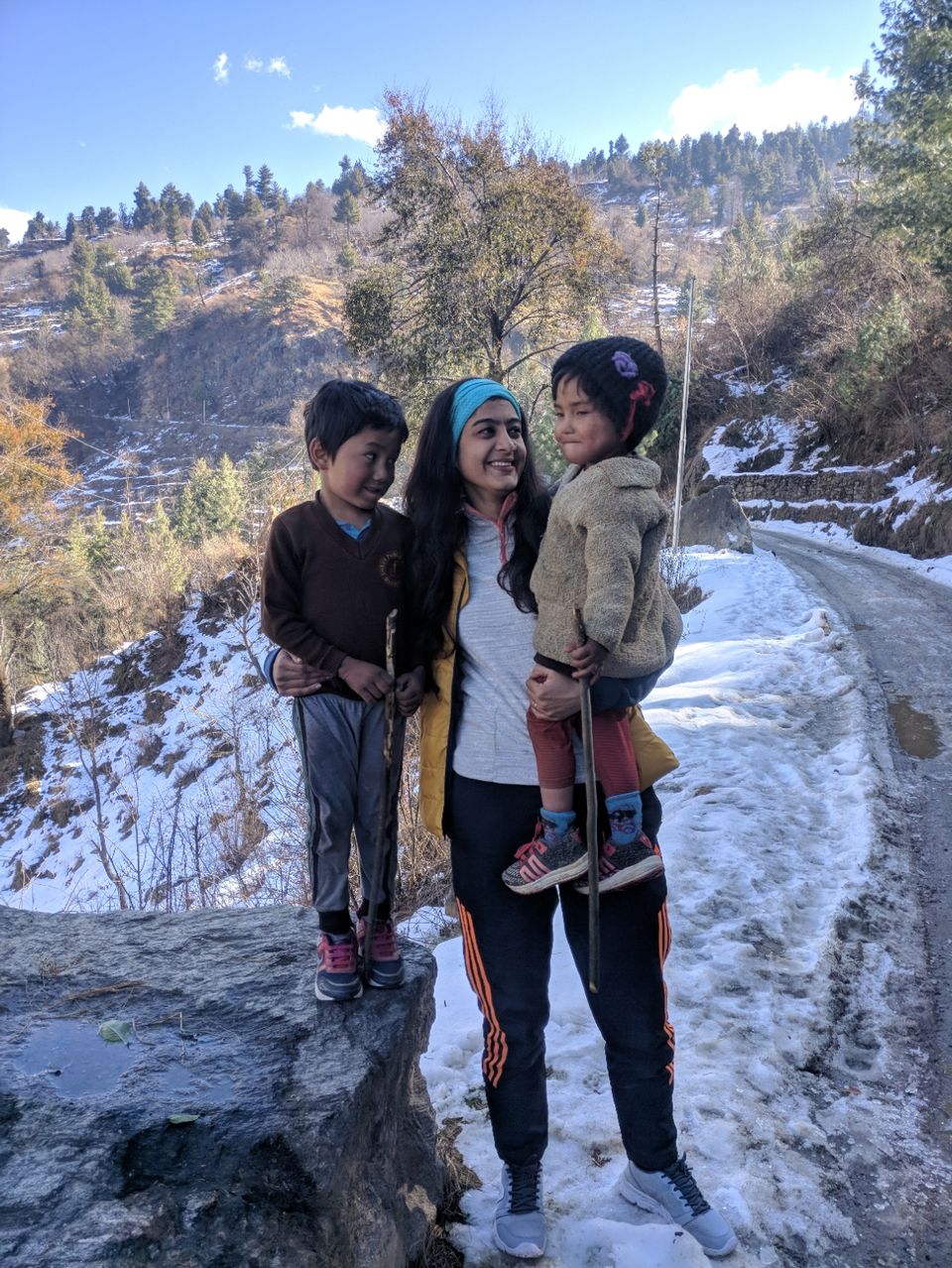 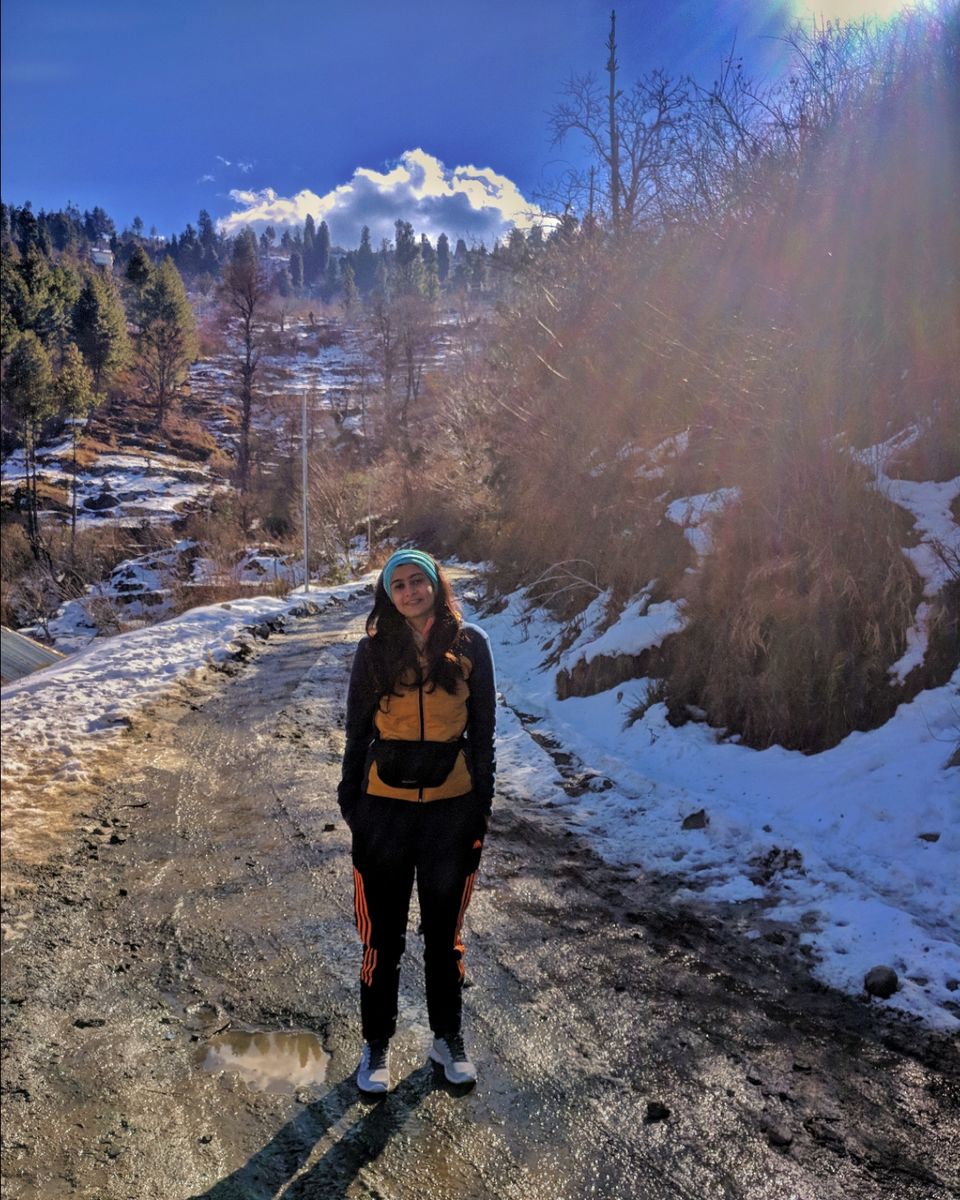 Home calling ????.. We left from solan around 9 in the morning for Delhi. We were so tired but had to reach back to mohali to return the bike and pick up our scooty. After a hell Tiring day we reached Delhi around 9 at night. So after riding for around 50 hours and spending around 10k for two people we had a life changing trip. What I learnt from this trip is rather life changing. It's not the destination but the journey that matters.

BUDGET- Depends on the mode of vehicle but definitely Somewhere around 5-6 k per person including food and stay.

TIME- a minimum of 4-5 days depending. 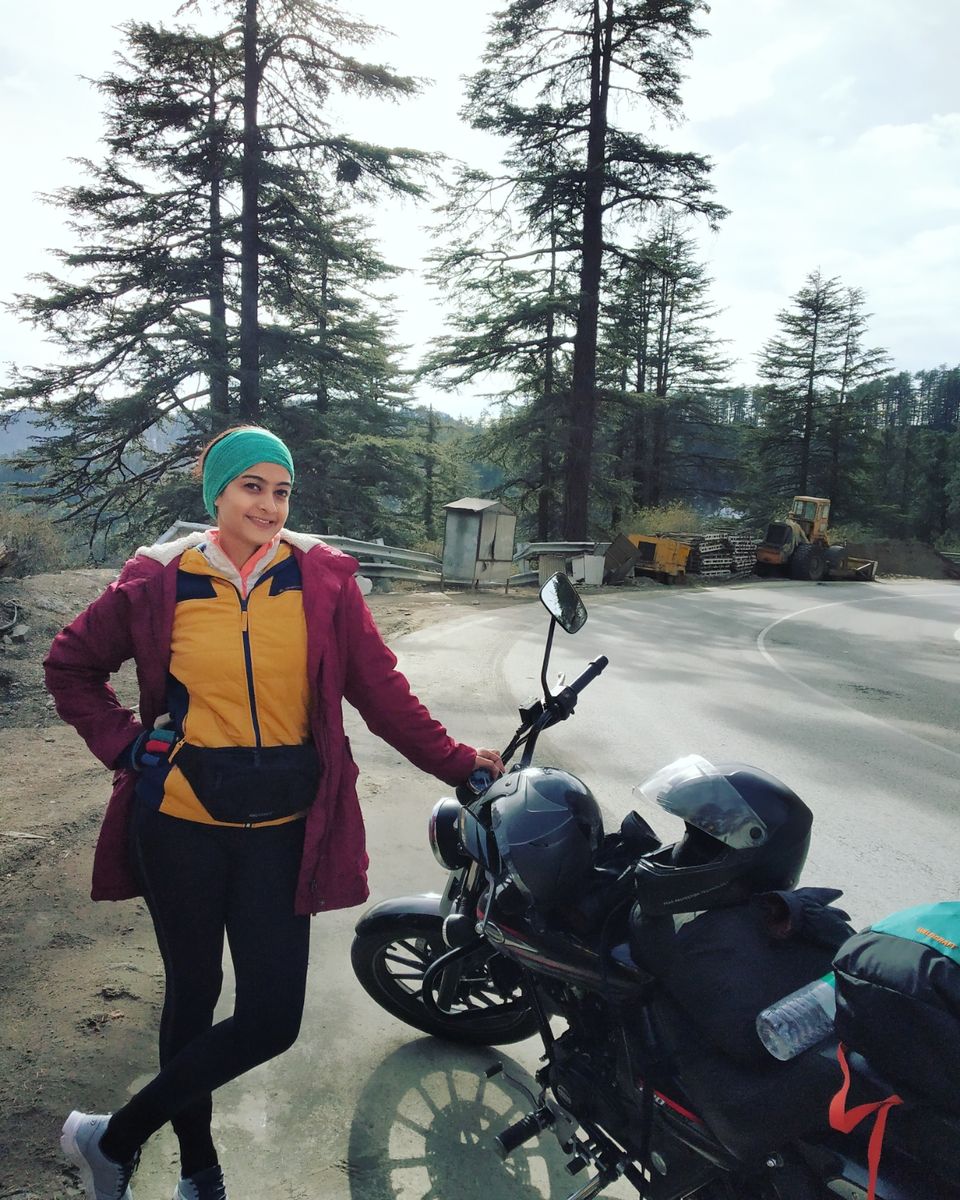 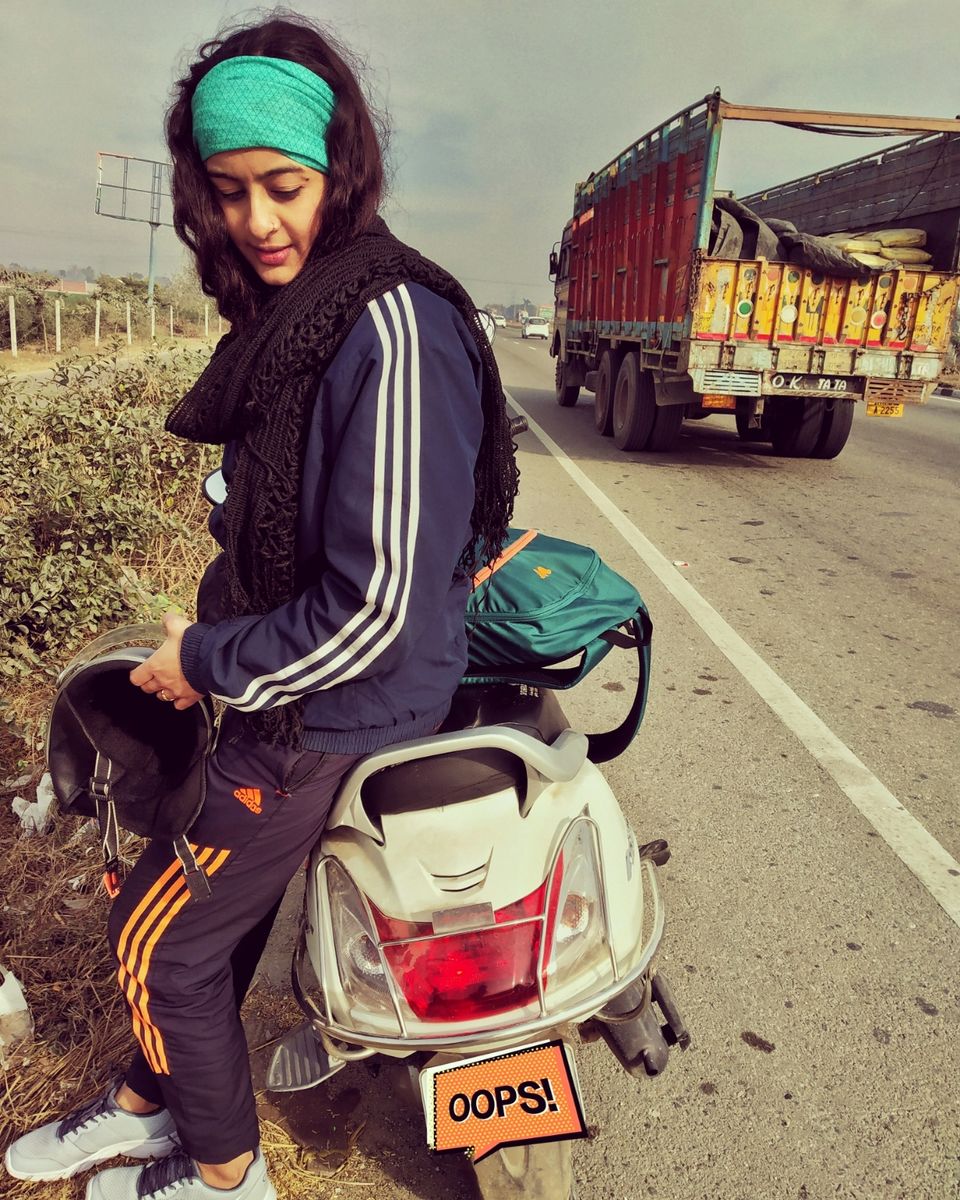