Pabbar Valley - A photo journey to this offbeat place in Himachal

Enjoying besides the river at this offbeat place in Himachal 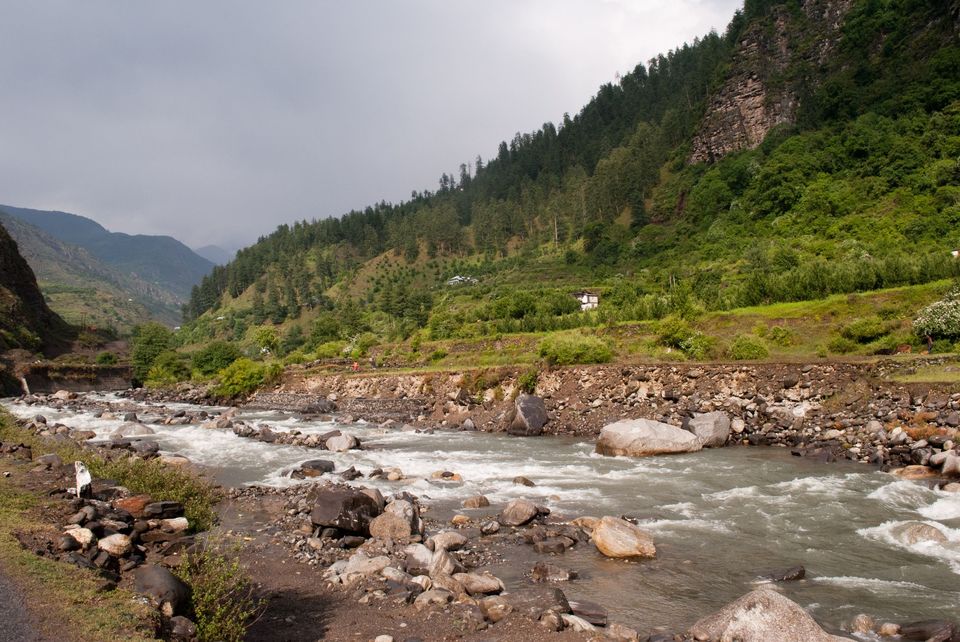 Nestled in the easternmost corner of Himachal Pradesh, lies this not so known valley sharing borders with dev bhoomi Uttarakhand. Popular by the names like Rohru, Kharapathar, Chrigaon, etc.. this offbeat valley in Himachal Pradesh is called Pabbar Valley.

Well, even if you did and have not been to it, in today's photo tale I am going to take you on this journey to eastern corner of Himachal.

There is more than one route to travel to Pabbar Valley. You can either go via Dehradun - Chakrata to Rohru via woods or you can travel from the usual the two Shimla - Narkanda / Theog - Kharapthar - Rohru routes.

Well, our unlucky charm did the trick where we kinda took a rather unusual route to travel to reach Rohru. We traveled from Paonta Sahib Gurudwara to Shillai and then continued to Rohru on this not so popular road.

I will not go into the details being a photo tale but a wrong turn and a car breakdown forced us to took this route. And I bet you, it was worth all along the way.

Let's look at this photo tale and see if you would be interested to traveling up there.

I will be sharing a recommended itinerary to travel to this place over a long weekend in my next article.

We started early in the morning and went via Meerut - Roorkee - Biharigarh route to reach Paonta Sahib. After Darshan and a dip in the Yamuna River nearby, resumed the long journey towards Rohru.

The canal on the way to Paonta Sahib

A dip in Yamuna River.. how is that for a fun?

We kept following the route anxiously as there wasn't much folks around and we had a car breakdown in the middle of nowhere. Of course there was no help around. Some DIY fixes to the car and we were running back again.

The last stretch to Rohru was in evening and the roads were better. There were many water streams nearby in the woods and it was indeed quite peaceful.

The breakdown in the middle of nowhere

The views on the way

Some important places and distances

The the mountains gets higher and higher with every curve

Yeah worth the thirst

The the serene Pabbar river

As we entered Rohru territory

This was the day of the summit as we started early morning hesitantly to reach Chansal Pass. The locals suggested to avoid as it was raining but we just had that day else it meant another round trip.

That's Pabbar river for you

The flow is indeed mighty

The woods were green and refreshing in the rains

The roads look easy in the pictures only, believe me, it is altogether different when you drive up there :)

About the reach Chansal as vegetation goes away

That's Chansal Pass for you...

And this is one is at Chansal Peak!! Wow, I made it, can you spot our car all the way down near the curve?

You can spot it now?

The flora on the way

The trip was full of surprises!!

Can you spot the rainbow?

It was time to start the journey back home but we wanted to experiment and include Chakrata instead of following the regular Narkanda or Theog route. So, the journey was crisscrossing the Himachal and Uttarakhand borders at regular intervals.

The fresh fruits!! Can you name all of them?

I bet you feel they are apples? Right? ;P

Other views as we enter the forest land...

A hamlet in Himachal or may be Uttarakhand, by now have lost the track of border...

The flora at Kanasar...

The fauna at Kanasar...

An very very old tree and yeah you read it right, it was 6.25 mtr in diameter!!

This was the final leg home from Chakrata to Delhi with a stop over at the famous Gupta Chaat Bhandar at Purkaji. If you have never stopped between Roorkee and Muazaffar Nagar then next time do try the original shop of Gupta Chaat Bhandar for some authentic Aloo Tikki and Chaat.

As we left Chakrata and started descending...

The last sight of the Himalayas somewhere Near Haridwar, as we touched down the plains

I hope you enjoyed this photo tale to this not so known place in Himachal and will be planning the trip soon with your family or friends. Stay tuned for my next article where I will share a perfect itinerary to visit Pabbar Valley in upcoming summers.

Till then, Happy Travels!