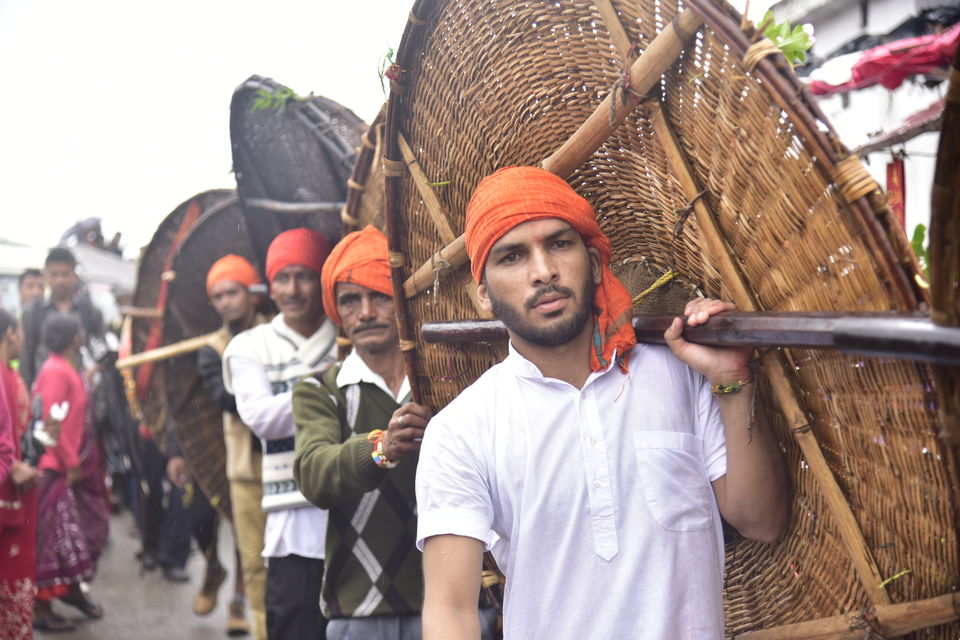 India has always been referred to as The Land of Fairs and Festivals. Some of them are more famous and celebrated nationwide, while some are confined to a particular area and very much unknown to the rest of the country. One of those unique and bizarre festivals is The Bagwal Festival of Devidhura.

Devidhura is a small village in Champawat district of Uttarakhand. The nearest rail-head, Kathgodam station in 100 odd kilometers and can be reached via bus or sharing taxi in 4-5 hrs.

On the Poornima(full moon day) of Shravan month of Hindu Calender, when the entire nation is celebrating the festival of Brothers & Sisters, Raksha Bandhan, people here in Devidhura celebrate the festival of Bagwal in which they pelt stones at each other to make them bleed to please their local deity, Maa Varahi Devi.

According to locals, people used to do Nar Bali(Human Male Sacrifice) in ancient times to please their Goddess. One day a woman denies to give her only grandson for the Bali. Then Goddess appeared in the dream of the temple's priest and ask if people can offer blood equivalent of one adult then she can relinquish the Bali. Since then people gather here in the compound of Maa Varahi Temple in Devidhura and pelt stones on each other to shed the required amount of blood.

Bagwal is played between four different groups of people. These groups are called "Khams". These Khams are- Lamgariya Kham, Valig kham, Chamyal Kham and Garahwal Kham. Only people of these Khams can take part in this Bagwal . At around 12:30-1 pm one by one all the four Khams enter the compound and do the Parikrama of the compound with the Jai Kara. After each Kham has done the parikrama , each Kham place themselves to each corner of the compound and on the signal of Shankh(Conch Horn) Sound given by the priest of the temple they start the fight by throwing stones and fruits on other people, while some people also bring a wooden shield known as Farra locally to protect themselves. Then the Priest again give signal by blowing Shankh to stop the fight. Fighters of each Kham then hug each other and then with the sound of the "Jai Maa Varahi" bagwal fights end.