Hello guys Let's start with journey ohh first of all let me introduce myself my name is sanish I stay in Mumbai India. So me and my friend decided we will go to Manali as some of us know the beauty of North India self explanatory. So we tried searching some good hotels and suddenly some of my other colleagues told me why you guys are going to Manali it has become commercial why don't you go to kasol so we told them  r u guys serious because that place is not for us as this place famous for hippiez. So I think you got an idea what I am really talking about. Yes this guy called Vijay told us that he  has been there and it is one of pleasant place that he  has ever seen in his whole life.So we both decided that will go to kasol instead of Manali.we bought our flight tickets actually it was one way flight and returning was by train.we both were excited about kasol and were eagerly waiting for day to come. Specially I was More excited but my friend shailesh told me don't be excited and Wait for the day to come. The day came and we took a flight from Mumbai to Delhi.The best thing was yet to come as we already planned that we will rent a bike and we will go to kasol by riding those horses so called as 'bullets'. Let's begin with journey so we reached Delhi around 8:45 am in the morning and my two friends Ishan(Fougi) and Rohit( Jammy) and they were also the part of Trip and these guys  reached Delhi by 9 am .so we meet and decided to go earlier to bike shops so that we can take bikes and reach asap to Chandigarh.so we did the formalities , let me quickly give you the steps of how to hire a bike on rent. So this company called as ikers they deal with bike renting and these guys will charge you 24 rs per hour for classic and 27 for thunderbolt ( prices may vary accordingly) Also they are goona take a security money of 2k for one bike so here the twist is if you don't want to gave the security money you have to submit your passport so one bike one passport and no security money :) Also you have to submit some I'd proofs and sign some documents.They are also goona take a post dated check of the total amount of the bike let's say thunderbolts actual cost is 1lakh so cheque will be of 1 lakh so simple 1 bike 1 cheque. Little hectic but every one knows no one has a such amount of balance in his account so don't worry it is not an big deal so we did this all paperwork and the person gave us one form to which has the checklist of all the things such as Horn , headlight etc etc we have to check them if they are working fine or not so make sure check each and everything before giving kick to the bullet .so we did these checks and it was around 1 pm yes it took lot of time to this formalities. So we did the lunch nearby and we started our journey around 2 pm from delhi so our first destination was to reach Chandigarh and we reached there by around 7 pm  so took a small nap  in frenz house which was in Chandigarh  we slept till 11 pm and yes it was day 1 after 11 pm we took our dinner and slept again and we woke up at 4 am

we started our journey from Chandigarh at 5:30 am morning and we reached kasol at 2pm in afternoon as we halted at 7 8 places for tea and breakfast breaks also some wonderful sceneries were observed.so after reaching kasol day 2 we went directly to village called tosh which is around 6 kms from kasol mainly famous for hippiez as these guys stay long there for 1  month and above. This place was awesome full of sceneries weather was fantastic.we parked our bullets and locked them properly for safety as we were remembering of cheque that we gave in Delhi hahahha :) Then we entered that Goan (village) and we walked around 300 stairs approx 700 meters and we thought we will see some hotels to stay so there was one hotel I forgot the name but ya it was near blue moon cafe So he.charged us 800 bucks for the night .the weather was bit romantic so did our dinner and planned how to go for the trek for kherganga in kasol so we did Google and found that best time to start trek is early morning so did chit chat till 12 pm and we slept 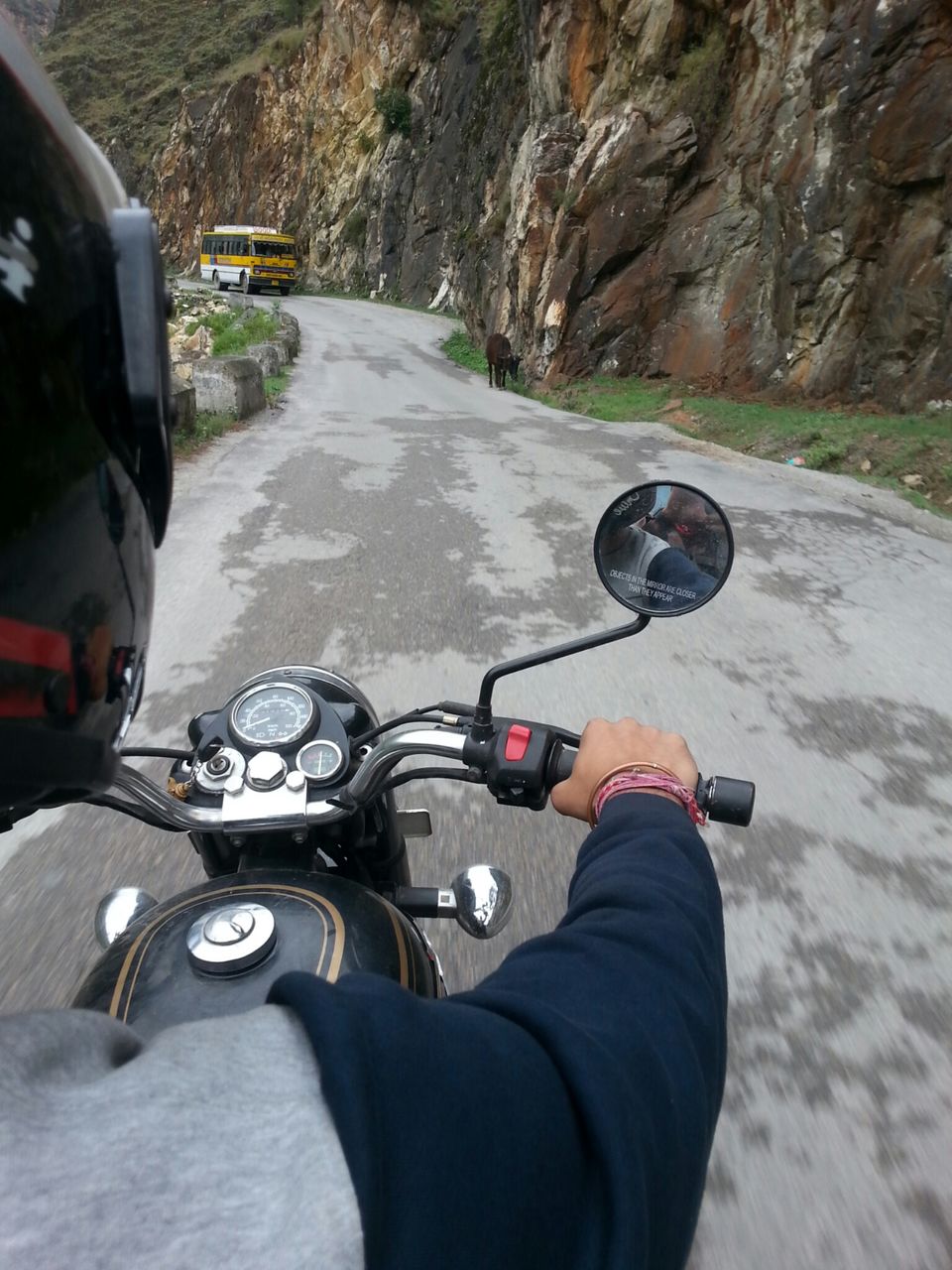 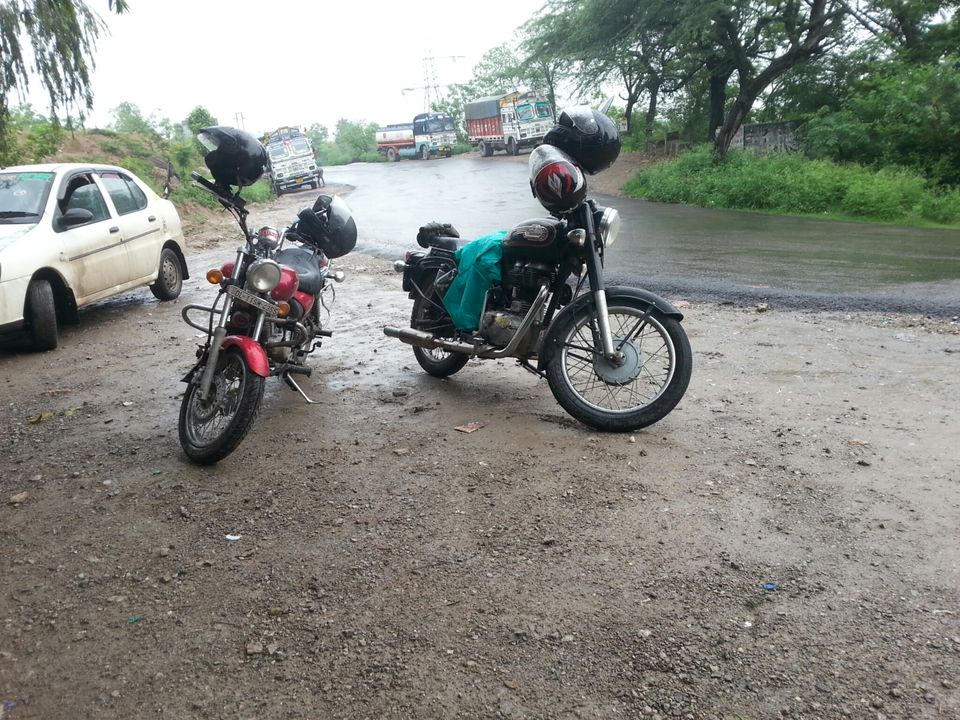 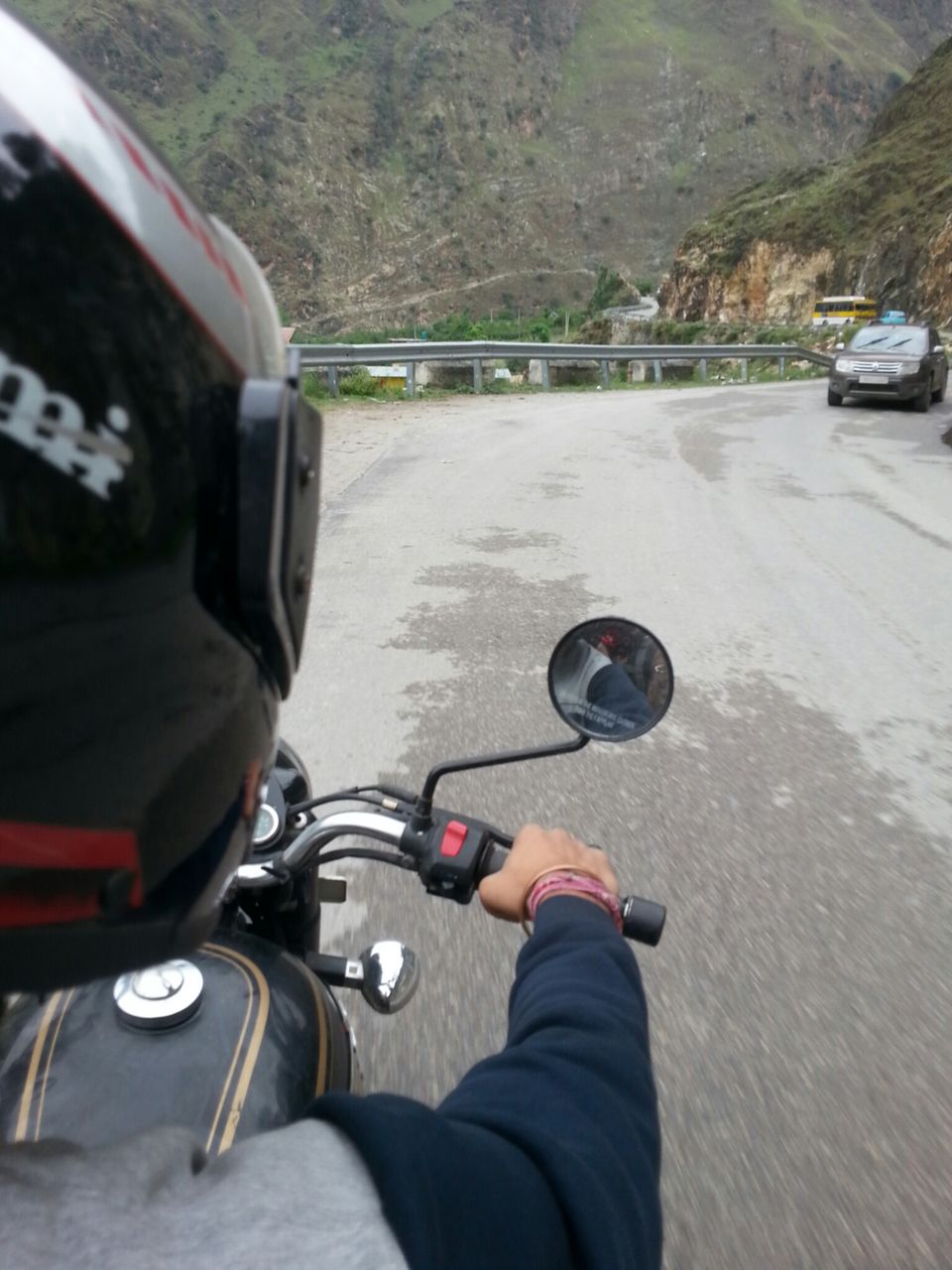 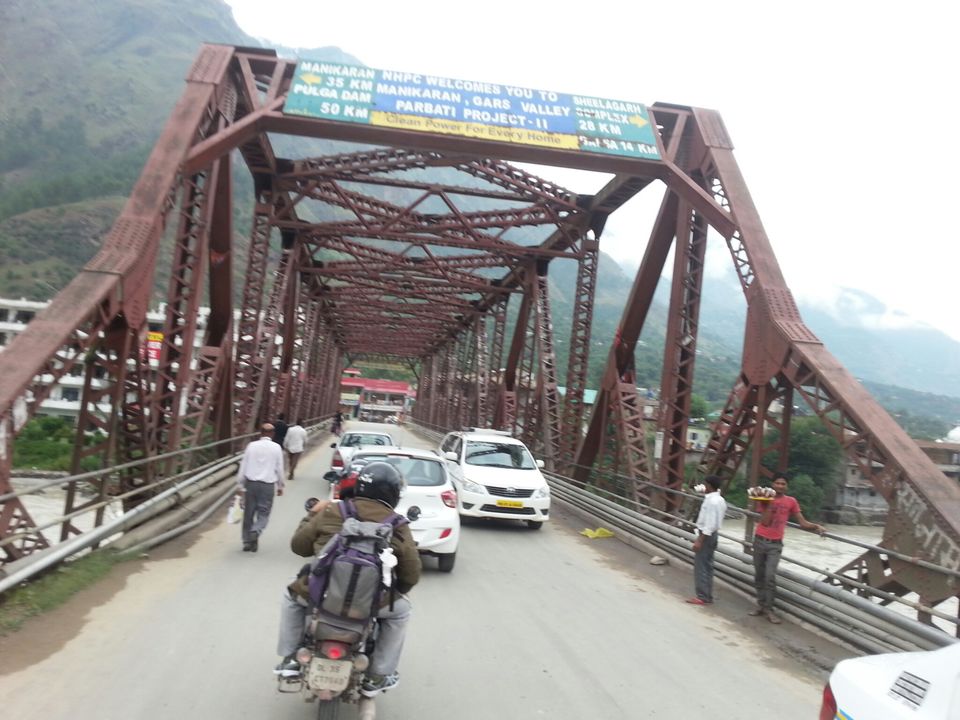 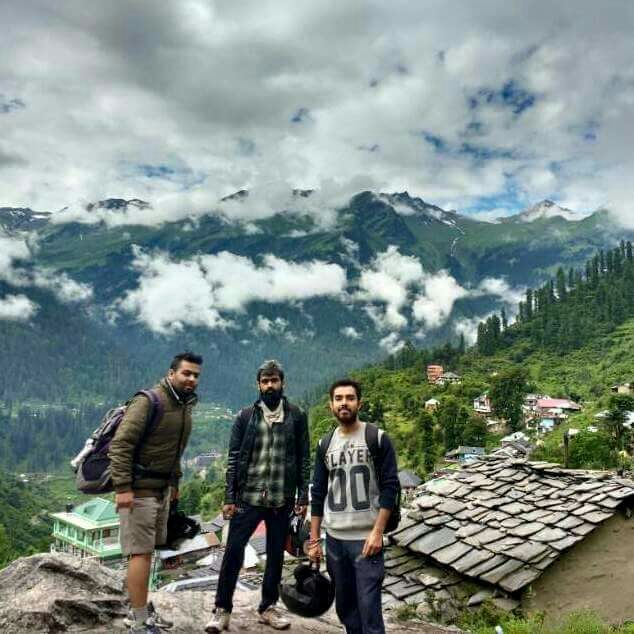 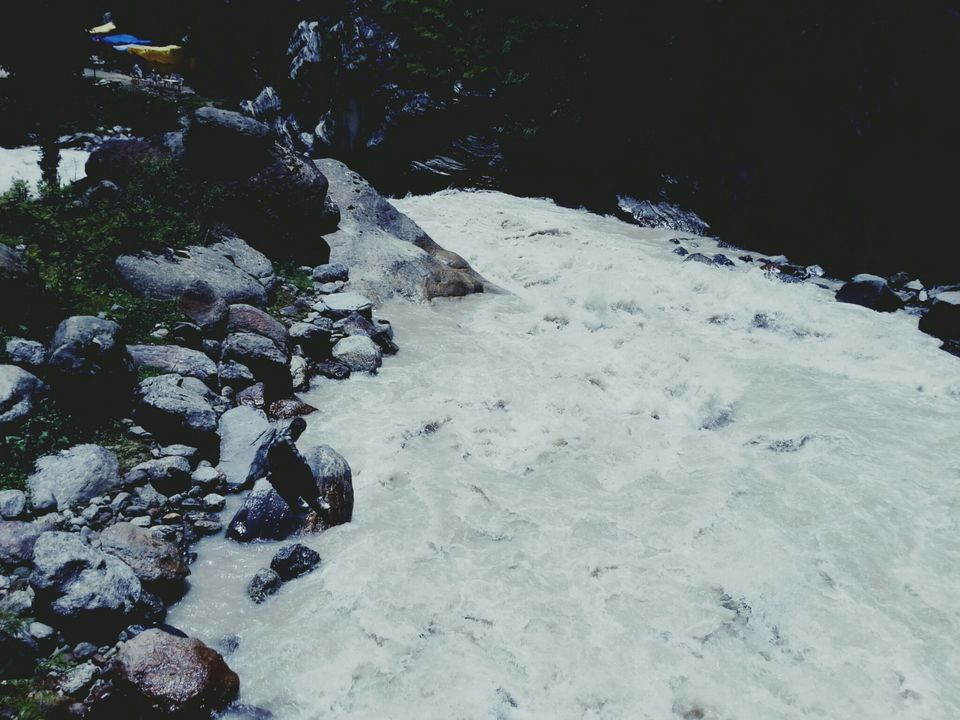 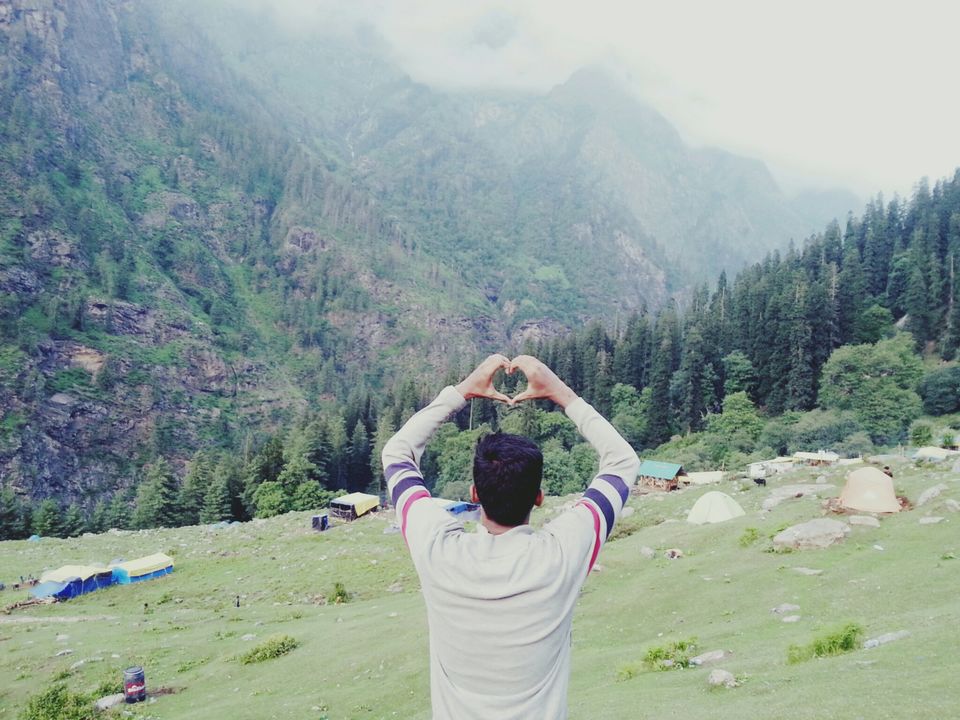 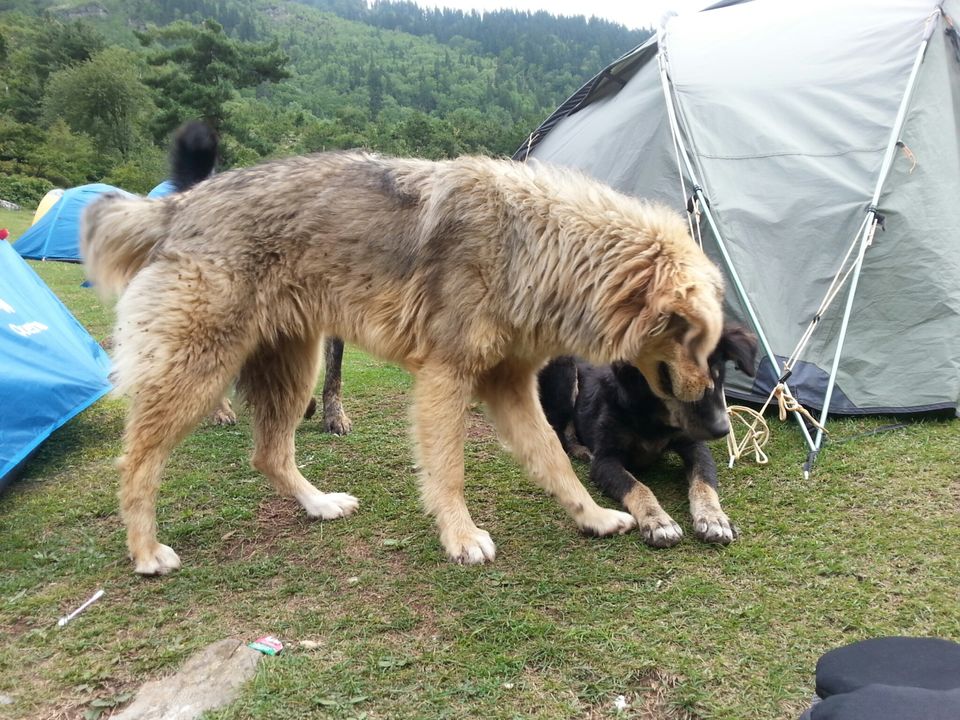 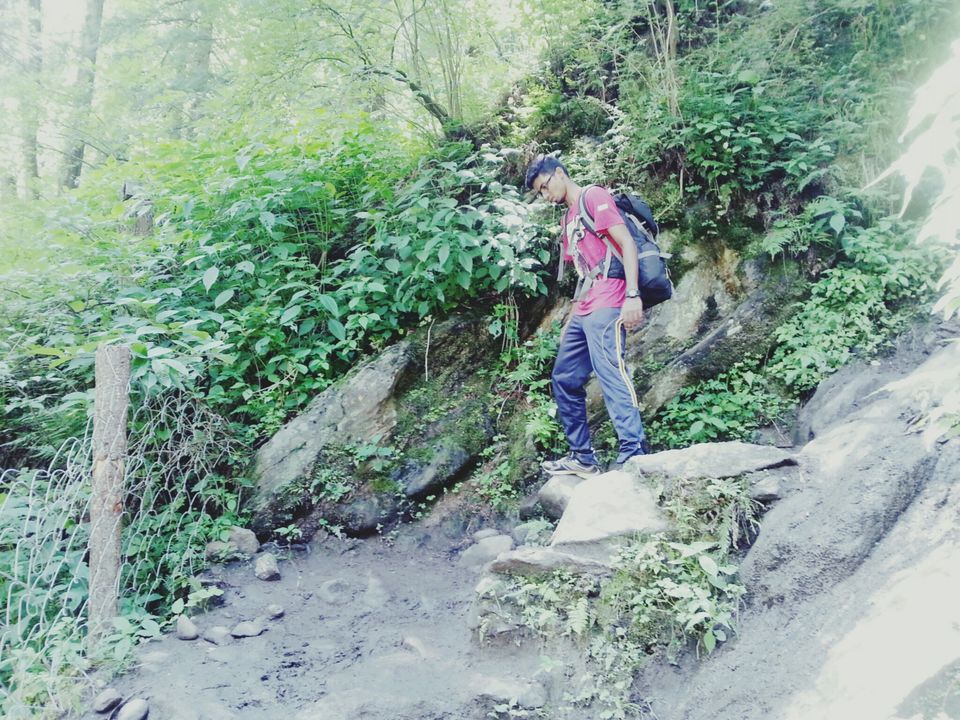 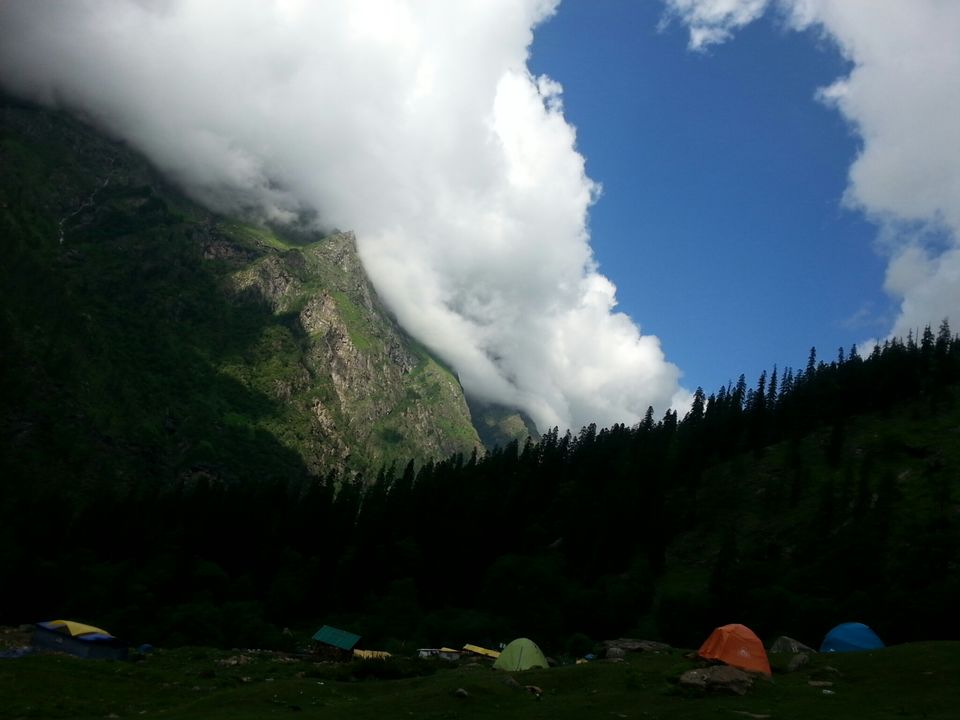 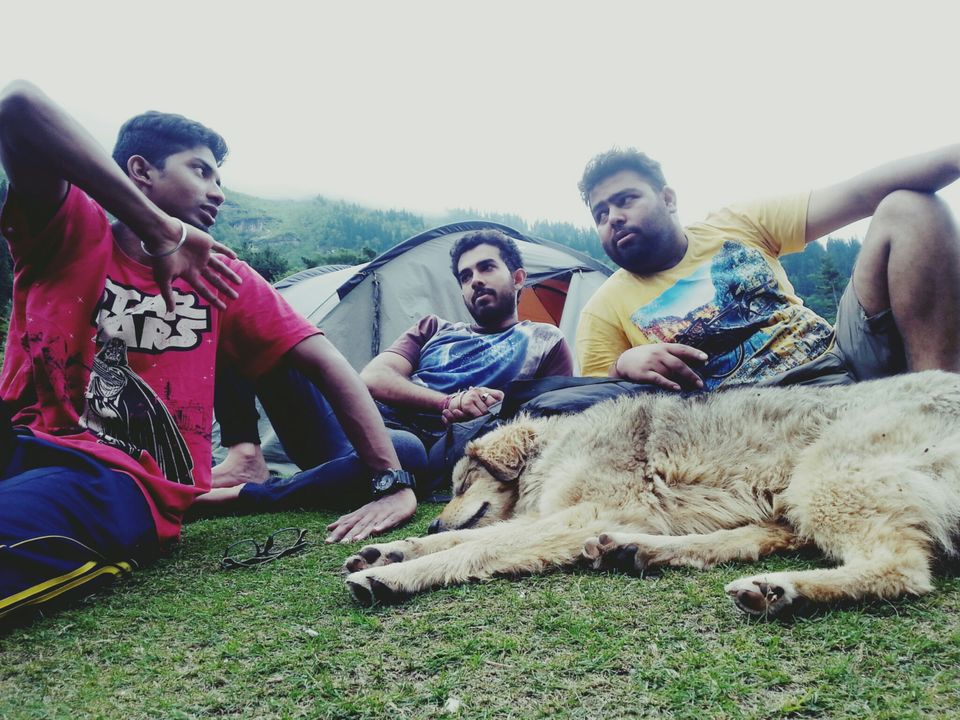 Next day we woke up around 6:30 am. We started with the hiking and almost it took us 4 hours to reach kherganga from barsaini village which is the base point.you  will enjoy this trek as there are lot of sceneries on the way itself so we started our trek a bit late around 9 am and we reached around 1 :30 pm and feel was ossum the sky was blue and clear at that time I was thinking why the hell I have born in city hahahah yes it was amazing and you can also see the small waterfalls coming out From the huge mountains. So we took a deep breath and enjoyed that view for 2 hours so we decided to stay there for that night and we took a tent which was for 4 peoples and guess what it costs us around 600 rs not bad we settled ourselves and my friend jammy told me there is place little above this where we can take hot spring bath yes it was nearby around 700 meter s and we went there and took a bath one thing you have to keep in mind before entering directly to the pond for bath you have to clean your body first from the tab which is outside the pond okay got it. It closes at 5pm and opens again at 8 am in the morning I am telling you after taking this bath you will feel much relaxed. So after taking bath we went again to our tents and we took a light meal on the small hotel which was nearby our tent. So we enjoyed that night and I am telling you star gazing  was ultimate I can't even imagine and guys about food its not expensive at all. 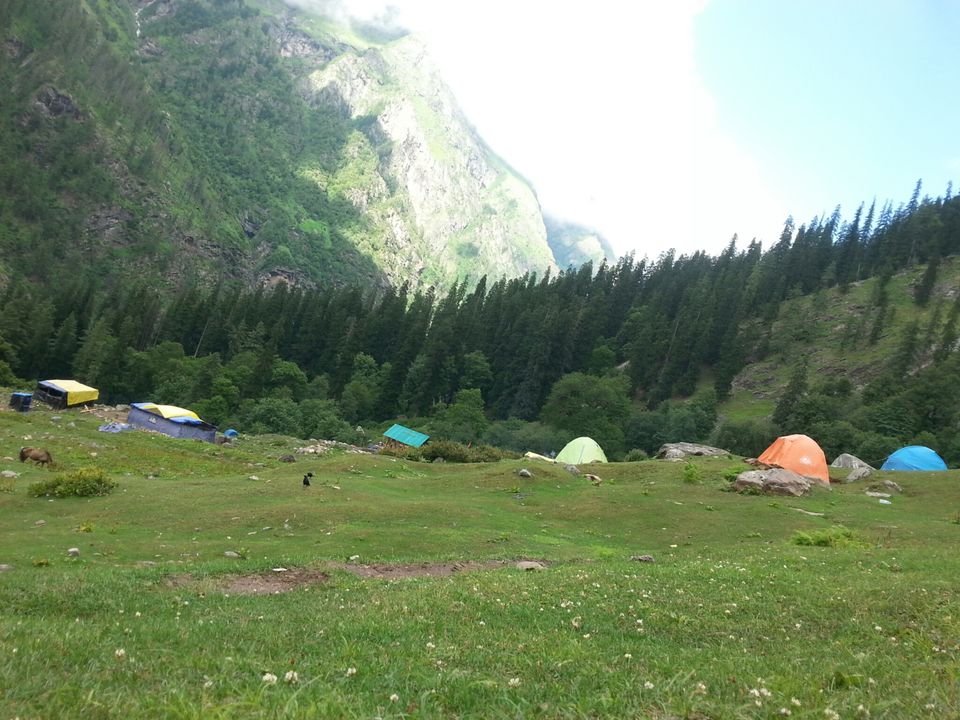 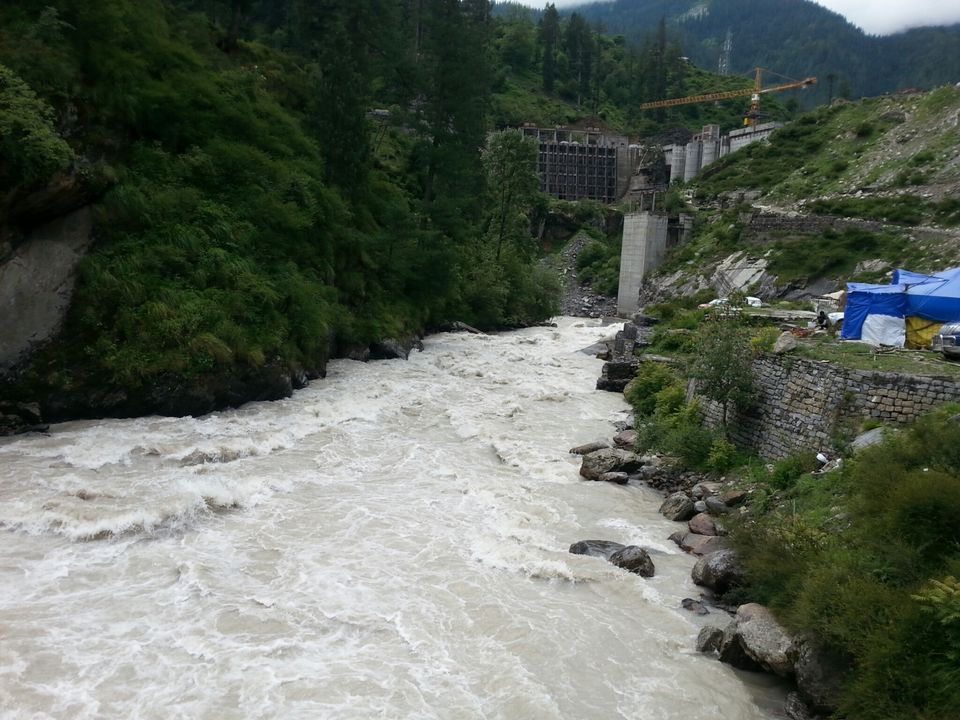 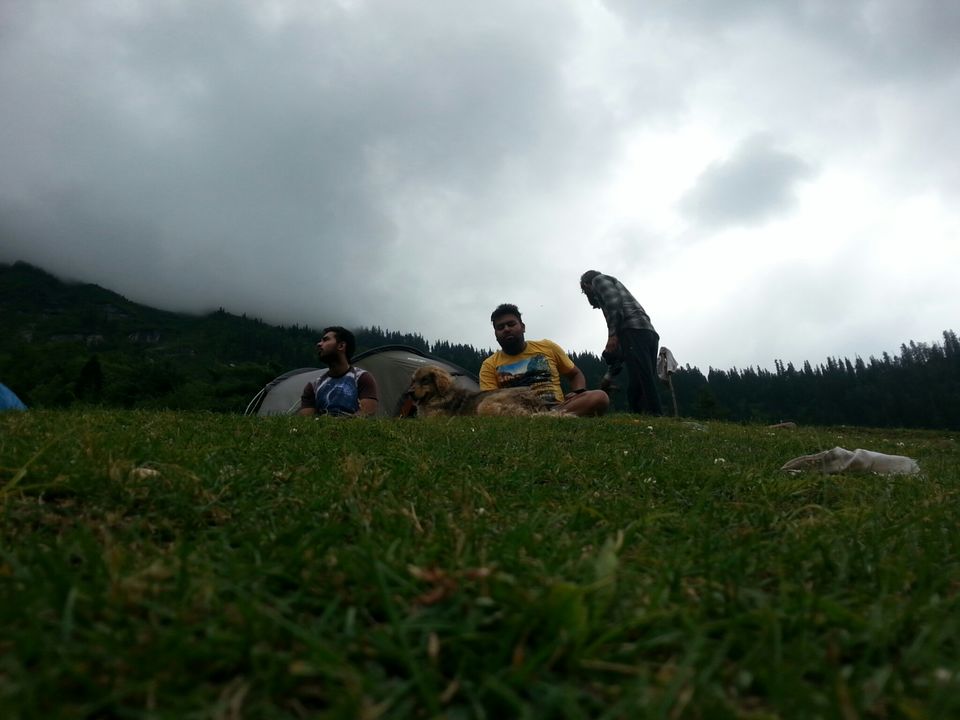 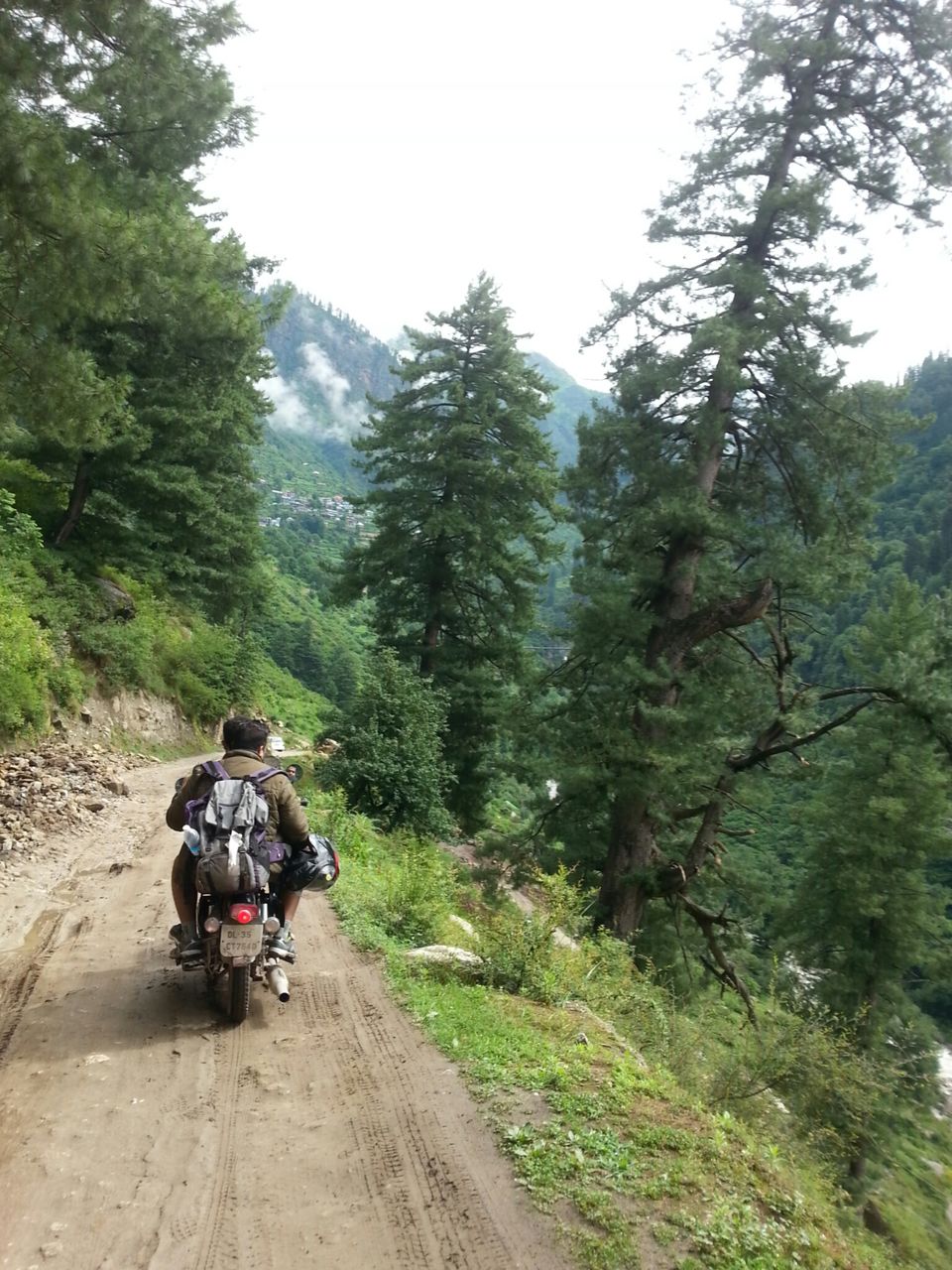 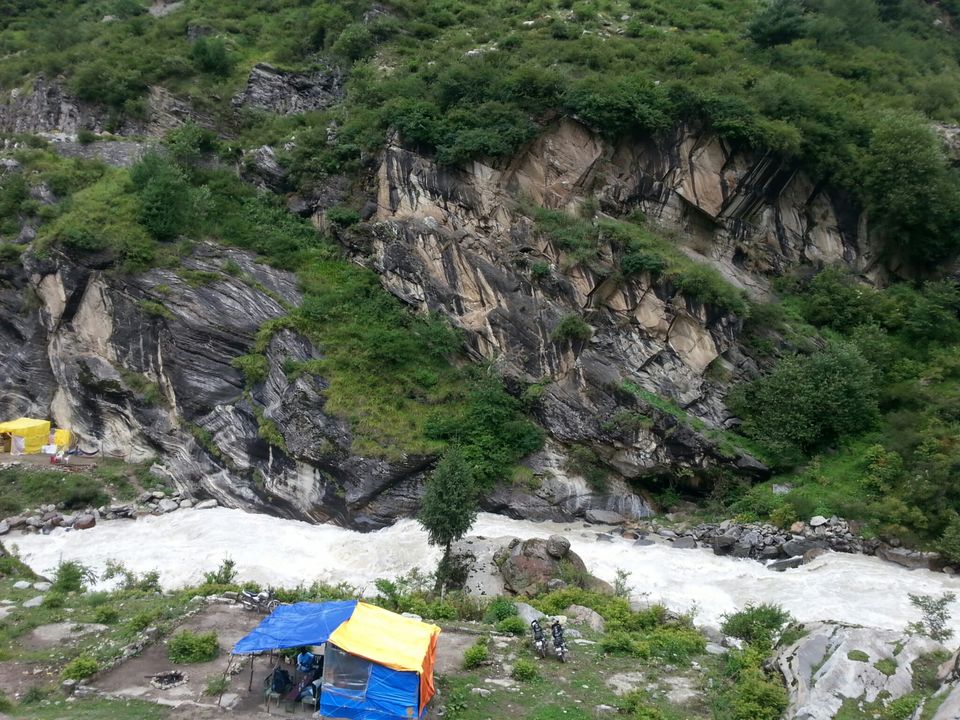 Next day early morning we woke up at 7 am and went again for a bath hahahahha best part in kherganga after taking bath we went to temple to take blessings of God and we were just coming out from the temple  someone told us that there is an cave little above that so we went to that cave and this cave is famous for Lord karthik who was the elder son of Lord Shiva. Seriously it was peaceful sitting over there. So after coming back From temple we came back to our tents and packed our stuff and started heading towards hotel for breakfast fast amd we took a light meal and started our journey back to barsaini that is the base point from were we started trek so we took 4 hours to reach there and it was almost 1 pm we were down and checked our bikes and kicked them and headed towards kasol city which was 7 km from this village after reaching kasol we went to manikaran sahib (Sikh temple) which was on the the river banks of parvati and we took the sight(darshan) and eat langar (food served in free ) we took a good healthy lunch and thought of starting over journey back to Chandigarh but our friend vijay which is a travel freak told me that don't come out blank from the kasol city as it is famous for cakes , good food so we went to one of the cafe called moon light cafe and we ordered fruit juices , there was one German bakery near that cafe we ordered falafel and it was ossum also we ordered one cake but I forgot the name okay let it be but m saying you should try it!! And we started our thumps(bikes) again to Head towards Chandigarh and we reached Chandigarh around 10 pm we travel little slow  and next day we travelled back to Delhi and gave bikes back. That was all about my personal experience for kasol and yes this city is not only for hippie's  so will suggest each and every one to go and explore and yes the last thing that I would like to say is that carry maximum cash that you can because in kasol we will Hardly get an ATM which will be having cash so keep that in mind and if still you forgot to withdraw your cash there are some shops which will take 200 rs more for giving you cash they have the swiping machine okay guys hope you enjoyed . sorry if felt bad while reading this blog because of grammatical mistakes hahahah :) So thanks vijay for suggesting kasol and also I  want to thanks shailu , Fougi , jammy for making this trip memorable!!!! 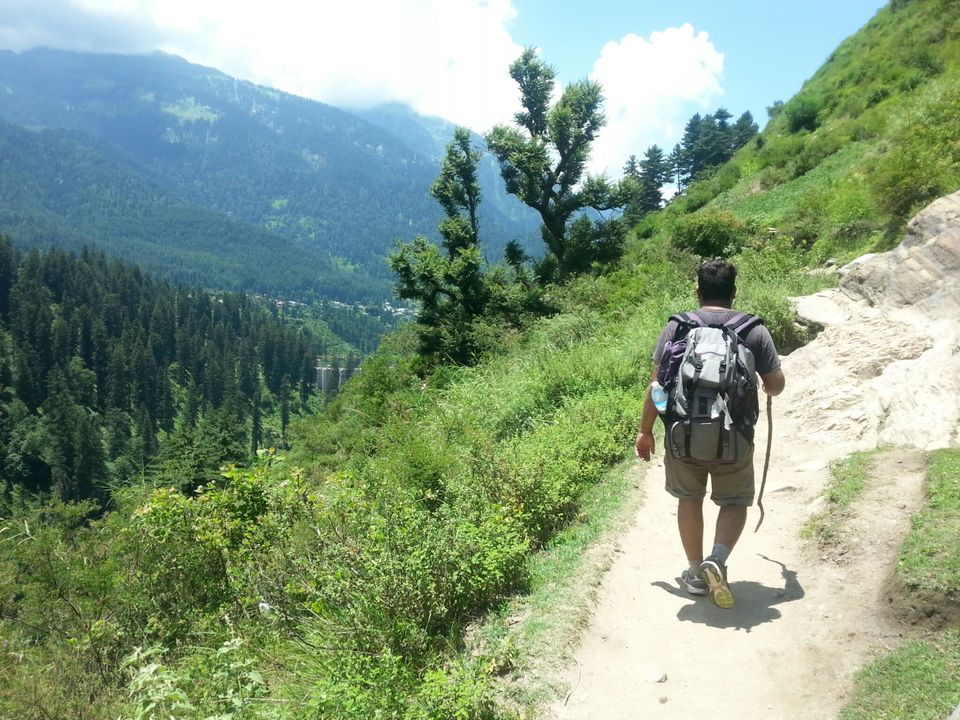 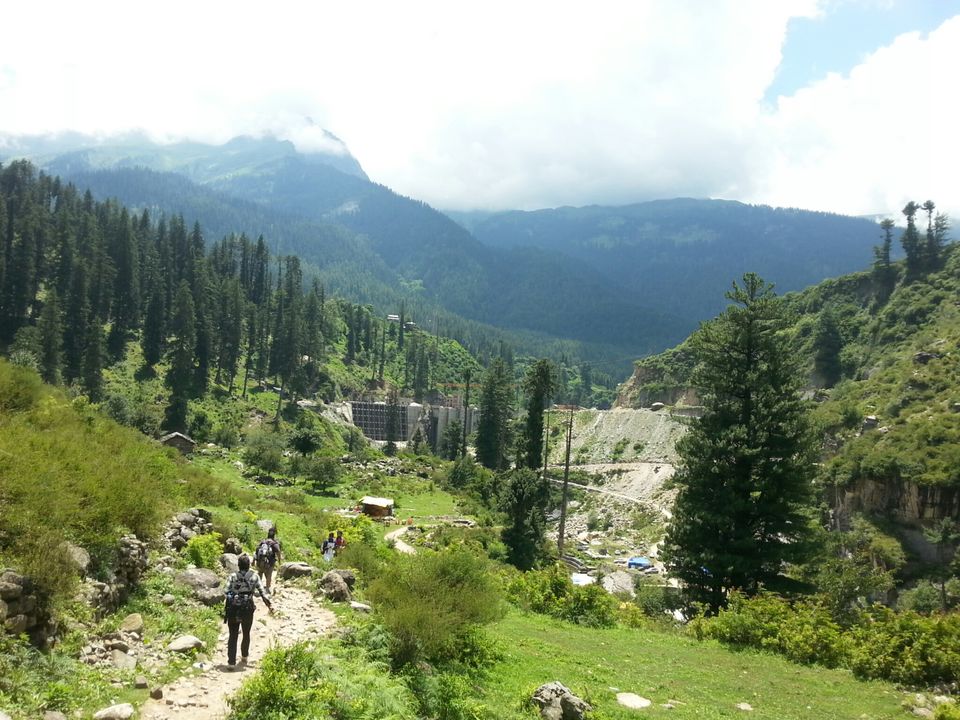 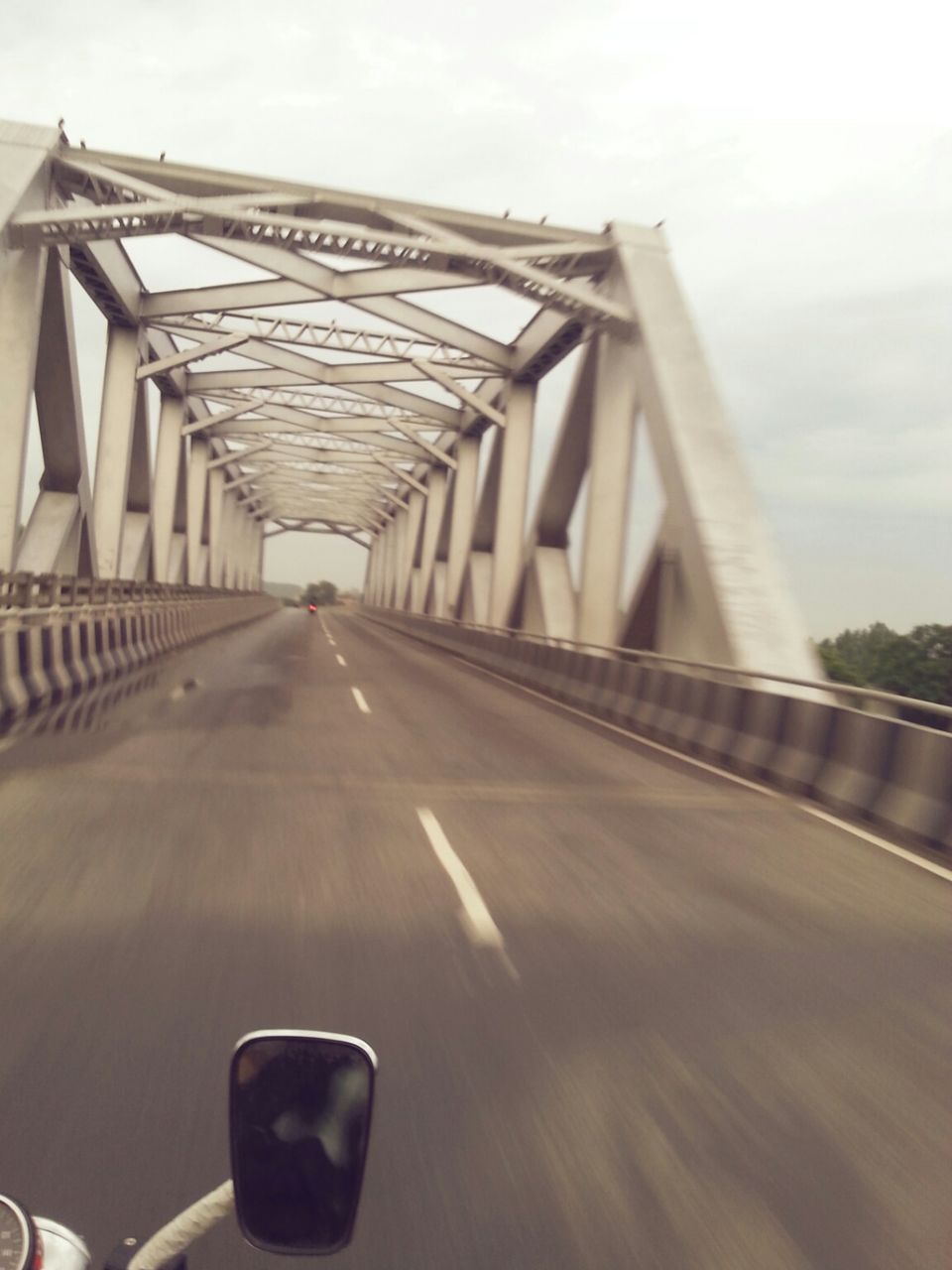 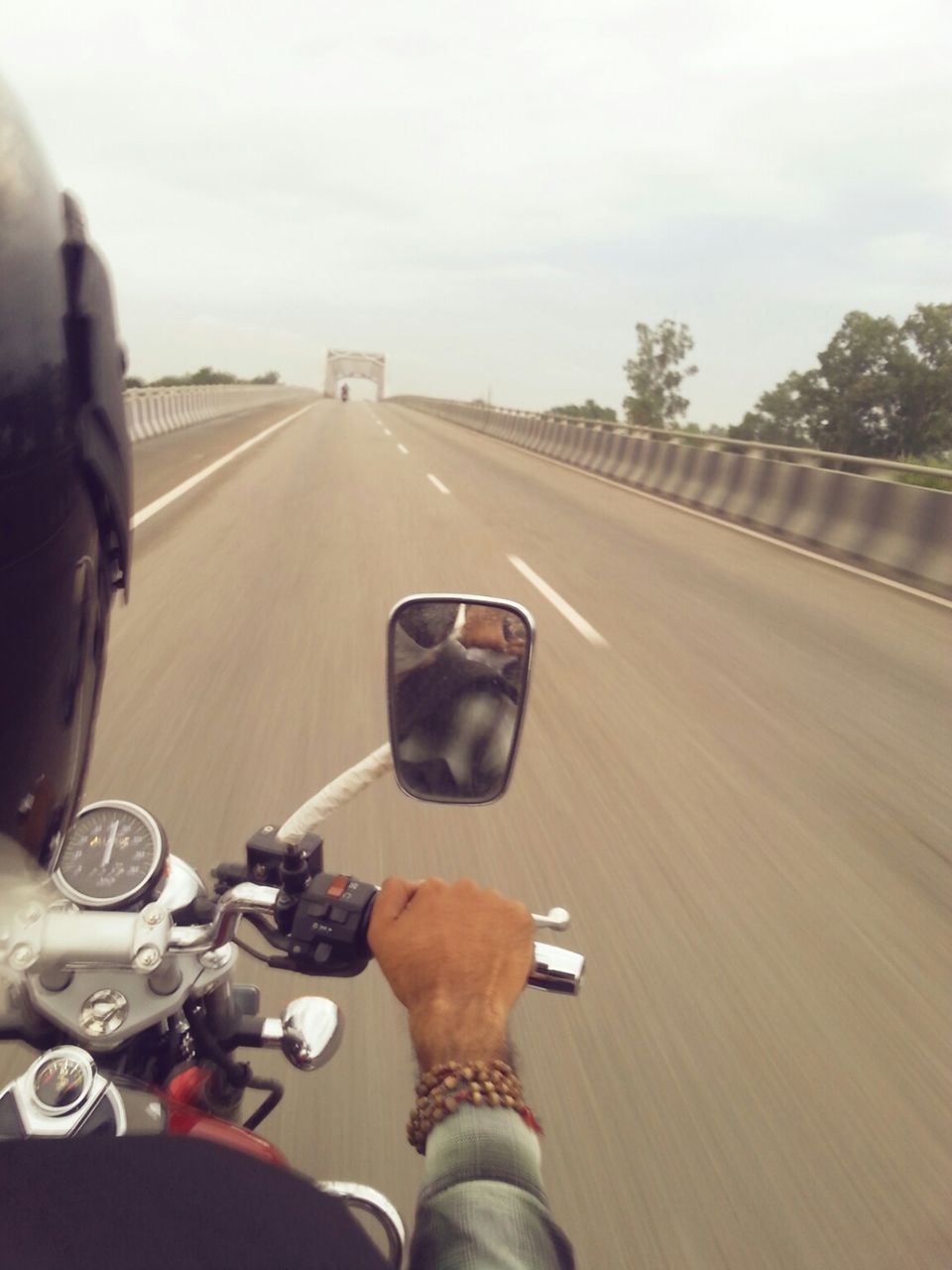 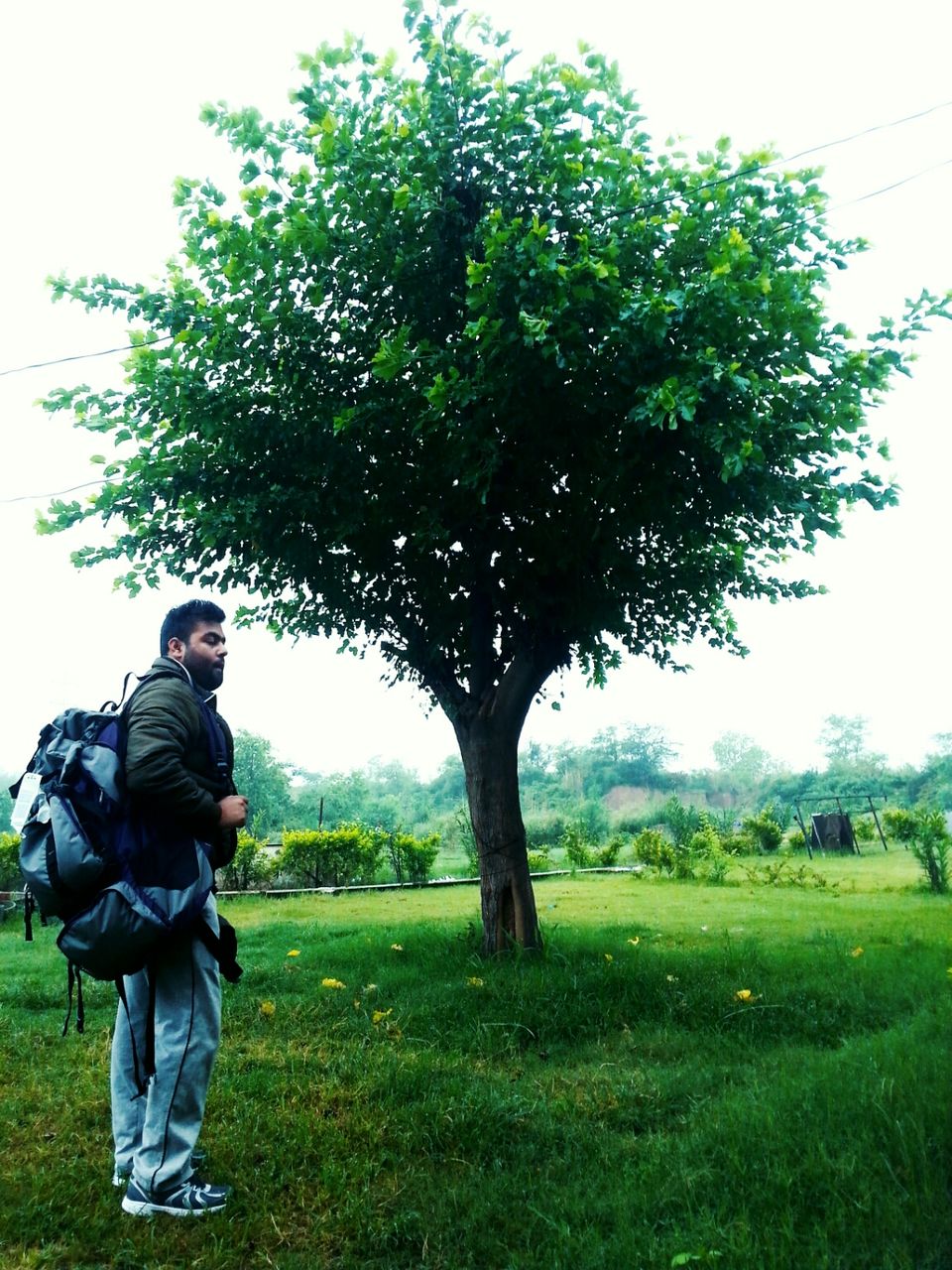 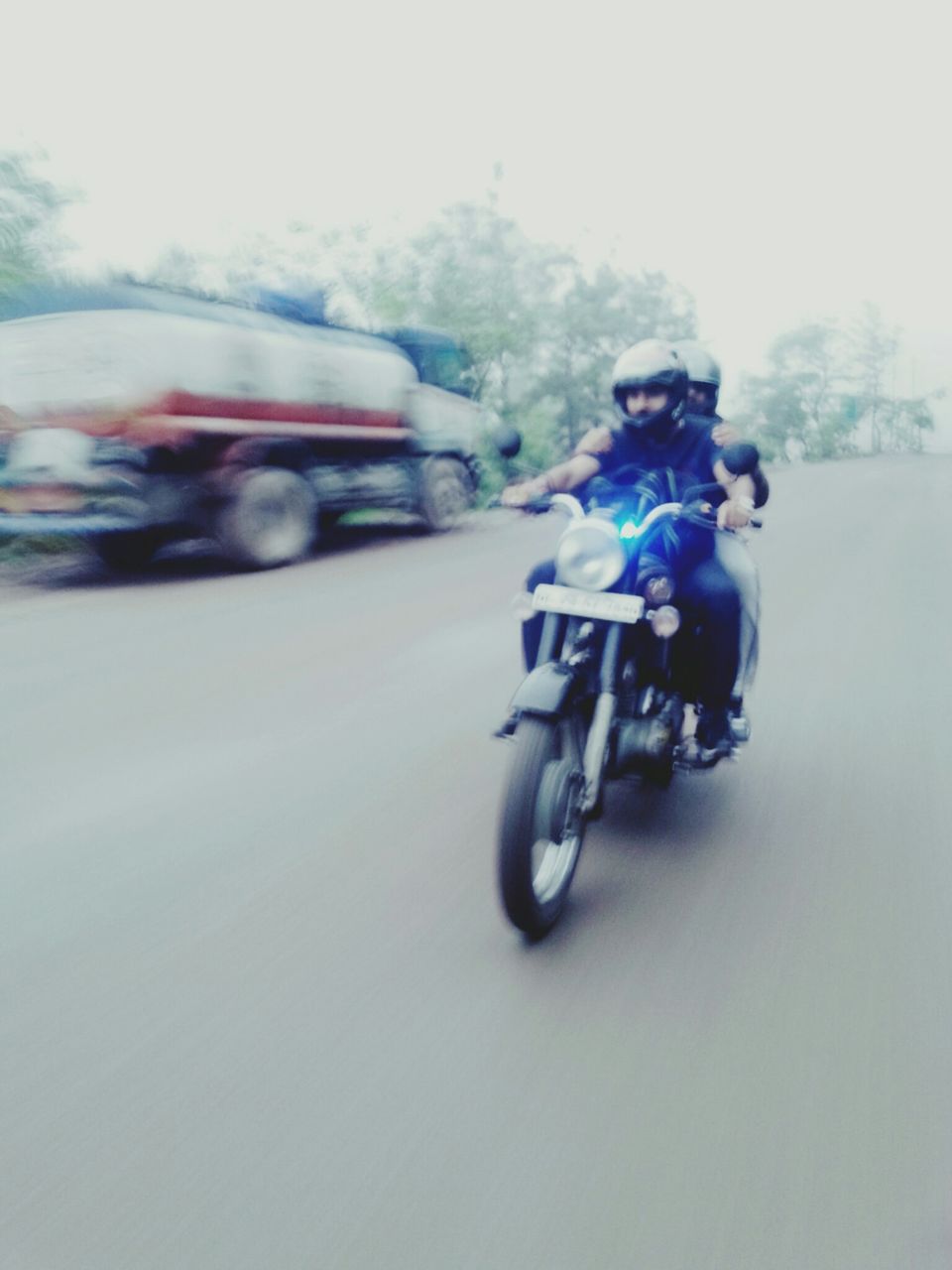 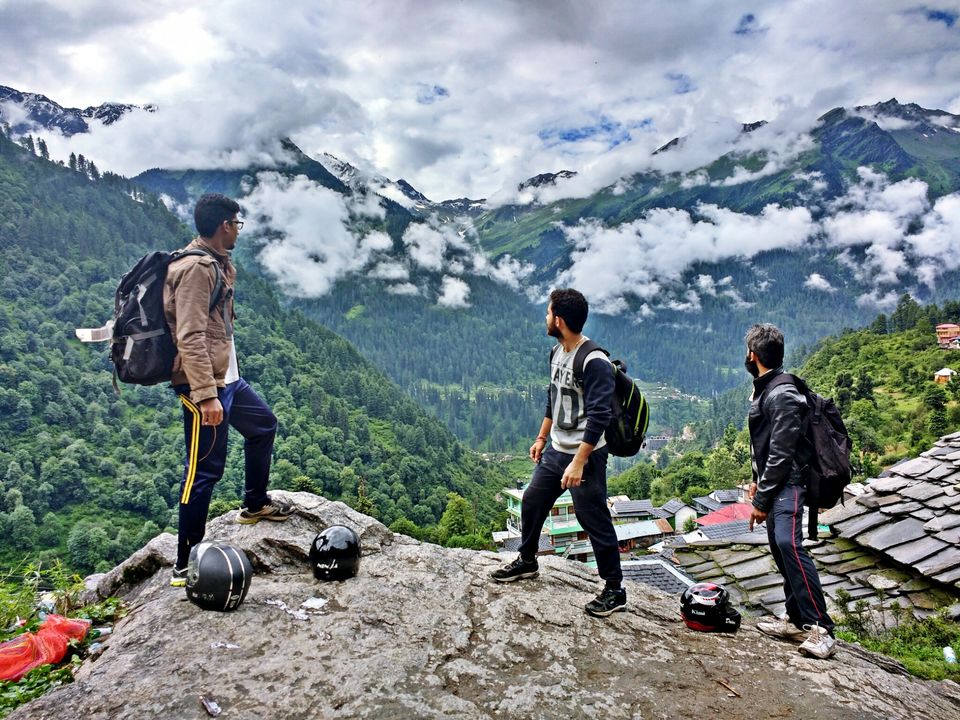 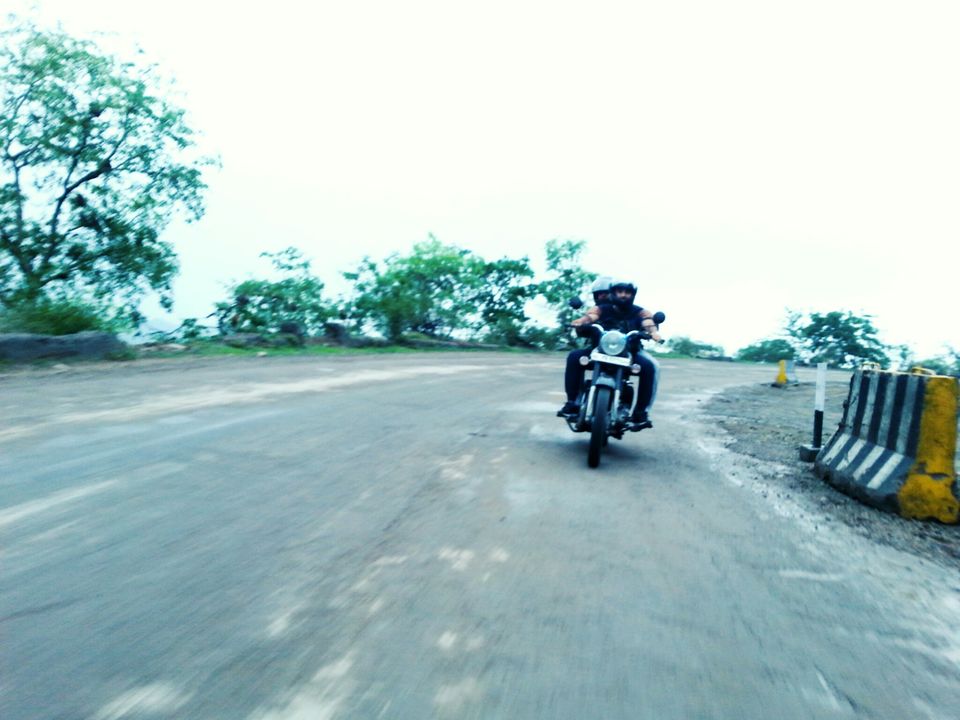 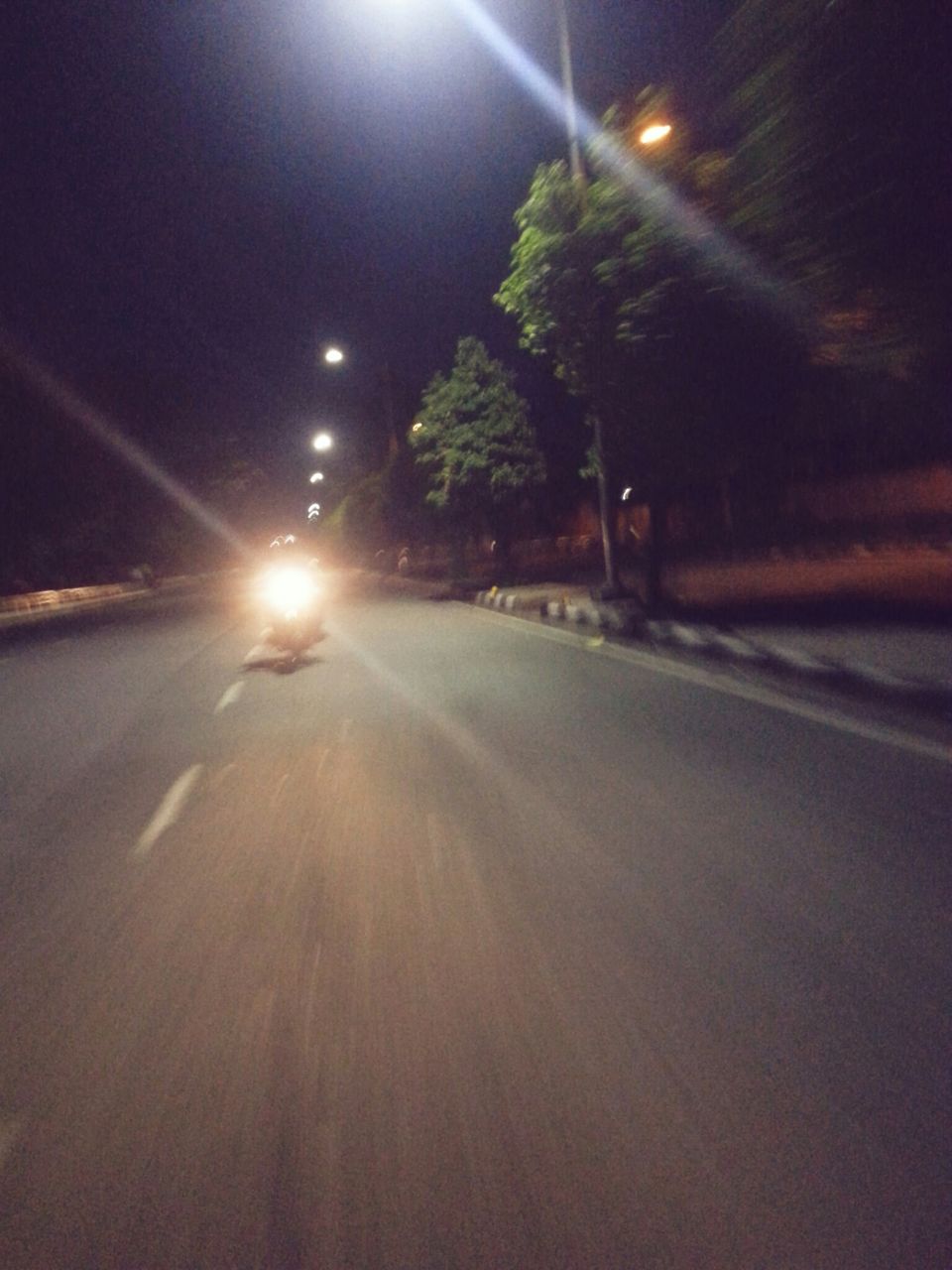