Heritage Walk in Bhuleswar and Ahmedabad

Well, today, I felt like writing about the heritage walks that I have done lately. Two so far. The first one was in Mumbai itself. A walk in Bhuleswar with RaahGeer (https://raahgeer2015.wordpress.com/), an initiative by Deepa Nandi and her colleague. Well, it began on a fine Sunday morning. Enthusiastic individuals from different parts of the city gathered at Charni Circle at around 7 am. And, then we started the walk. Deepa started off introducing herself and Raahgeer and we had a short introduction among ourselves. Most of the junta was architecture college students. Few from media, some history lovers and me :). We had a local guide too to take us through the place and give us anecdotes here and there. So, it began with the Goshala where the guide, Manish told us about the diary industry and how it can be harsh for the animals. Along with that, he explained us a few tenets of architecture in the buildings around particularly, the Jain and Gujarati influence. And then, we had the famous Chocolate Tea at a nearby place. And, then we headed through the busy and narrow lanes hopping on from one Jain temple to another. Then, we also visited the first temple of Mumbai, dating 1000 years old.Swami narayan mandir, Hanuman temple..I remember seeing a collapsible staircase in the Hanuman Temple. Never seen one :). Well, that's called creativity in a space crunched city :). And then, we came across mouth watering veg treats; places which host the best vegetarian food in Mumbai. Infact, one place sells almost 40 different varieties of khichdi. Can you beat that ? :P Moving on, we explored different forms of architectural motifs, signs, designs in dilapidated buildings, corners. Well, a Banaras in Mumbai, I must confess !!.

The walk further ended at the Mumbadevi temple and Crawford Market. We dispersed with good memories and then hogged on yummy food :). 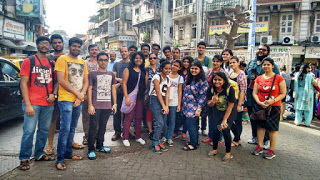 The next heritage walk happened in the city of Ahmedabad. I feel the best way to understand the culture, city pattern, lifestyle, architecture of a city, you must do a heritage walk. So remember to look up for city walks when you are venturing a new city next time :). This was organized by an NGO in association with the Ahmedabad Municipal Corporation. It is conducted on all days of the year, commences from the holy Swami Narayan Mandir in the city. They start off with a video projector of images of ancient city and the various landmarks. And the walk started off with blessings and aarti. We walked through the various pols of the ancient city, understood the concept of a pol and the various forms of architecture, the significance of the forms, the bird feeders, the earthquake resistant structures, the old stock exchange, the confluence of different styles of architecture, the Jain temples, rain water harvesting forms. The guide explained us the significance and reason of an M.G. Road in every city near the station, the Gandhi Bridge, the difference between pir, dargah, maqbara, etc. It finally ended at Jami Masjid, which is why they call this walk, "From Mandir to Masjid". It was a really informative walk. 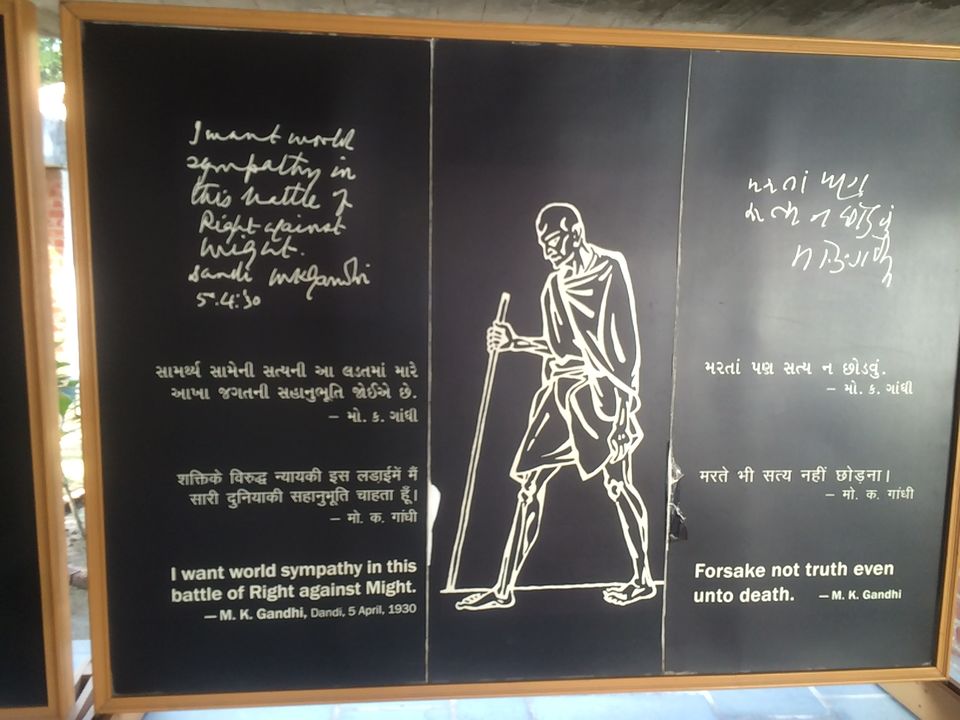