What do you mean by saying “one day I want to come out my comfort zone”. Does it only mean crossing borders and exploring an unknown place. “No” the answer is no from my side. When I chose to travel solo then my motive was completely transparent. I wanted my soul to be a human first without complaints and judgements. Travelling was a bridge between the materialist priti and the real priti which I crossed beautifully.

When I decided to go to Triund one day, I first approached my friends to come with me but then things don’t work out according to your plans. Like as usual, after planning a lot, my friends dropped the plan at the last moment. Something was killing me from inside but I knew everything will be alright once I will make a move and make a way for myself. I told one of my male friend that I really want to go to Triund but I don’t know whether I will be able to manage things alone or not so he said only one thing “Himmatt Honi Chahiye”. His sentence pinned my heart badly and I actually questioned myself “Do I really want to see myself like this for next 50 years”. My own question to myself sounded more threatening to me but my simple no to myself encouraged me to move out.

I still remember how I fought with two guys for passing an inappropriate comment when I reached to Chandigarh 43 Bus stand. For a girl to travel alone was never easy. I almost lost my self esteem but then destiny had something more to teach me. I met a girl named Abigail Drollinger who was from Washington and she had missed her bus. Around 12 in the midnight when we both were waiting for our bus, I started my conversation with her. She told me that she is exploring India from past one month as well as she is teaching soccer to NGO kids. She was extremely enthusiastic and energetic about her travel journey though she had missed her bus because of driver’s mistake. She shared her beautiful journey and showed some pictures also of her journey with NGO kids. I actually felt that how easily we give up on things as I was so worried about my journey after that incident. So here was my lesson number #1. Being courageous to travel in your own country is excellent but gathering courage to travel to a country where you have never been requires a real valour which she had. In my fifteen minutes conversation with her, a stranger taught me a real definition of courage which I never learned from my close ones also.  When you travel alone, try and talk to strangers as you will surely end up learning a new thing. We are still in touch on Facebook and she says only one thing to me that whenever I will come back to India, I want to make a travel plan with you :) 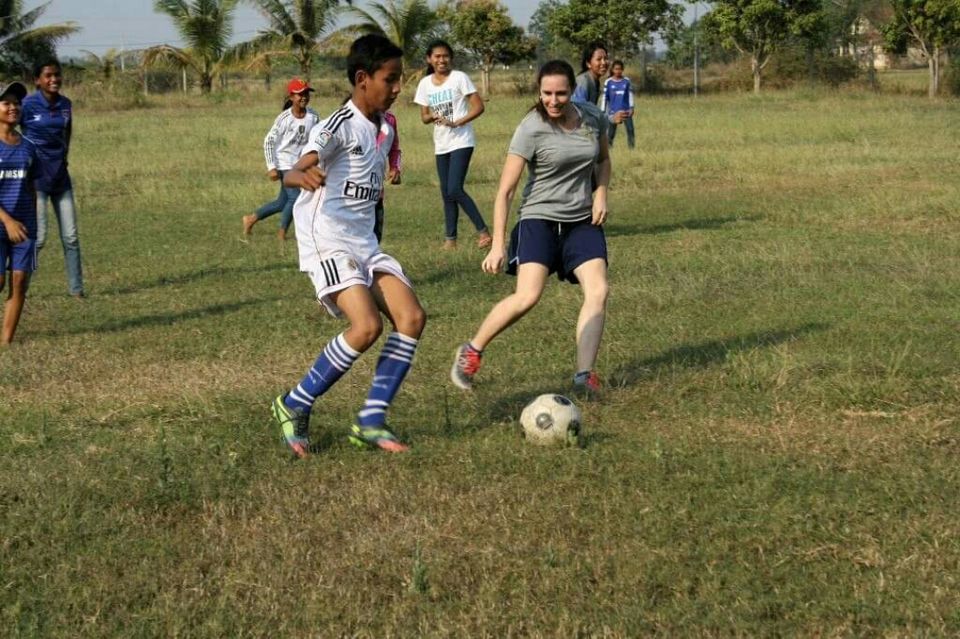 My journey started towards Triund and I spent the whole night in the bus thinking that travel teaches you those things which you never learned from your parents, school teachers and friends. So my next move was Mcloedganj from Chandigarh. When I reached early morning to Mcloedganj, I went on to explore Mcloedganj with my backpack. Having no experience of trekking, Triund trek became the most difficult part of my travel journey but the most memorable one. The best part, when I started my trek alone, many other people joined me on my trek. Most of them were guys but no one judged me or developed any other intentions towards me. They were infect so surprised that one of them told me that we are from here but still have no guts to travel alone. You came all the way from Mumbai till here. I was being pampered by almost everyone there. Every person was so helping, I actually felt like I am surrounded with my family members. While trekking, when I rolled down few steps, a group of guys came and helped me. I had almost lost my energy but they used to encourage me throughout my trek. When I used to stop, they used to say “Now our strong priti will lead us” and I used to regain my energy by those inspiring sentence. When I reached on the top, tears were there in my eyes as everything was heavenly beautiful. I spent my whole day sometimes alone in my deep thoughts and sometimes with bunch of people as I was like a star thereJ. From sharing a peg of Rum to a discussion on life, socials issues and politics, I never felt that they were just strangers. My whole perspective about Male society had changed. Few people just believe in making memories which we all were making there in Triund. I learned my lesson no. # 2 that you should accept people the way they are. Judgments are not required over people and situation. 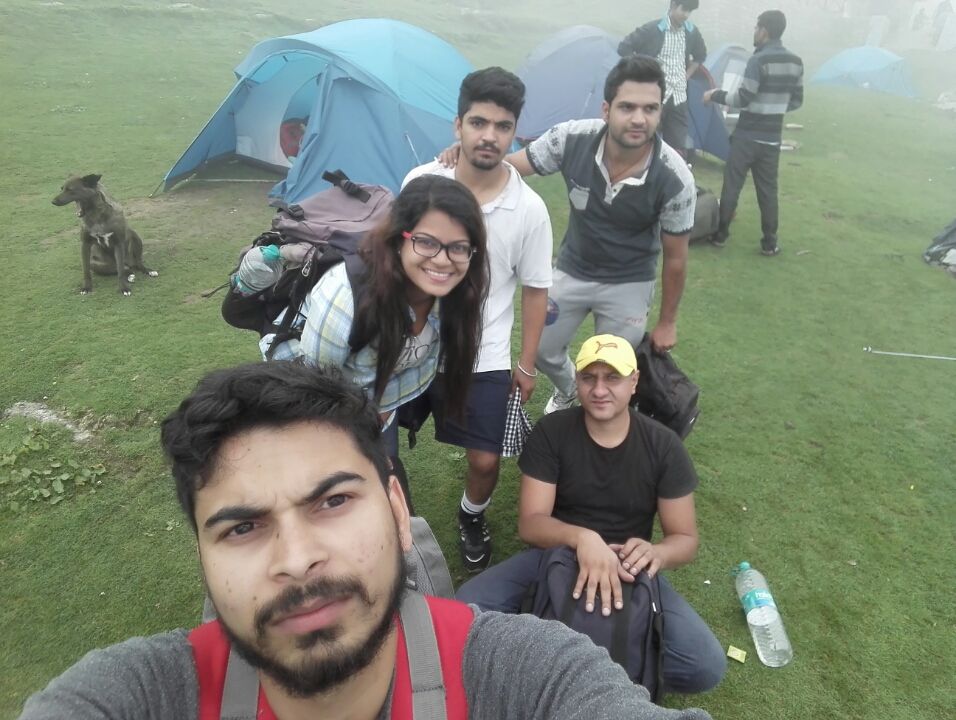 Triund and its journey gave me those moments and friends which I will cherish all my life. Triund was mesmerizing but I am in love with Triund because it gave me beautiful reasons to smile. From searching for a place to pee to meeting a psycho guy, from finding my tent in that foggy night to sharing my life’s most beautiful secrets with the mountains. Everything spread colours on my blank page of life.  I learned my lesson no# 3 that Life is more meaningful when you complaint less as I had read these lines earlier also but learned the actual meaning of these lines only when I trekked till Triund hills.

Your biggest achievement of life is when you start enjoying your own company. Without putting your head on someone else shoulders,  when you hold your own hand and close your eyes. You find yourself in the weaving wind. Triund gifted me “A real Priti” who went back to Mumbai with bunch of memories. I didn’t come back as a tourist but I came back as a human without complaints and judgements. That’s when I actually said, I have come out of my comfort zone. 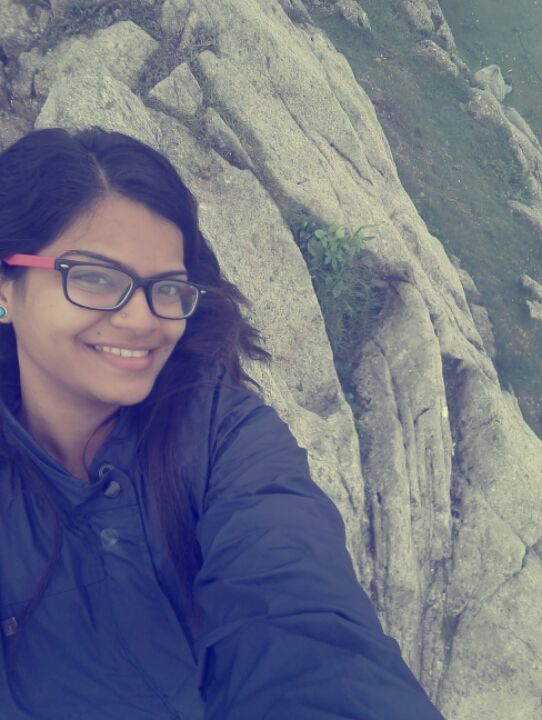 These mountains, which have seen untold sunrises, long to thunder praise but stand reverent, silent so that man’s weak praise should be given God’s attention.”

Mountains are the beginning and the end of all natural scenery. 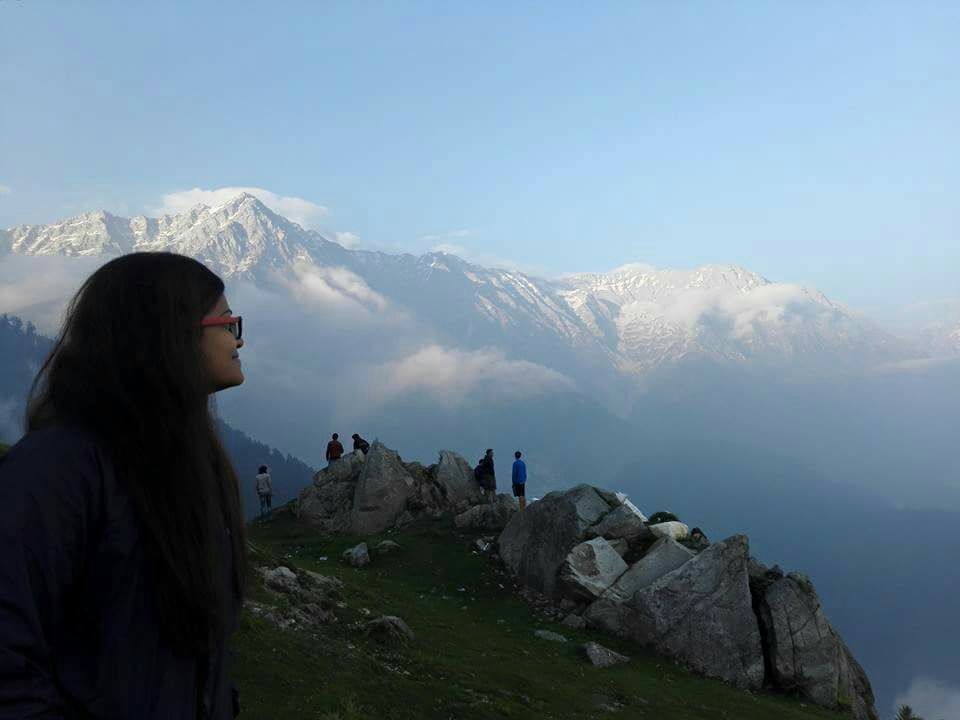 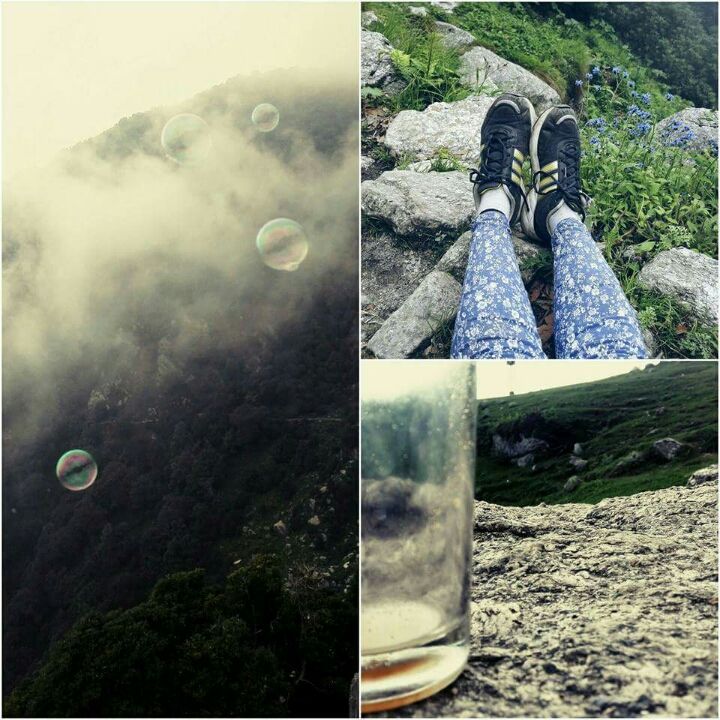 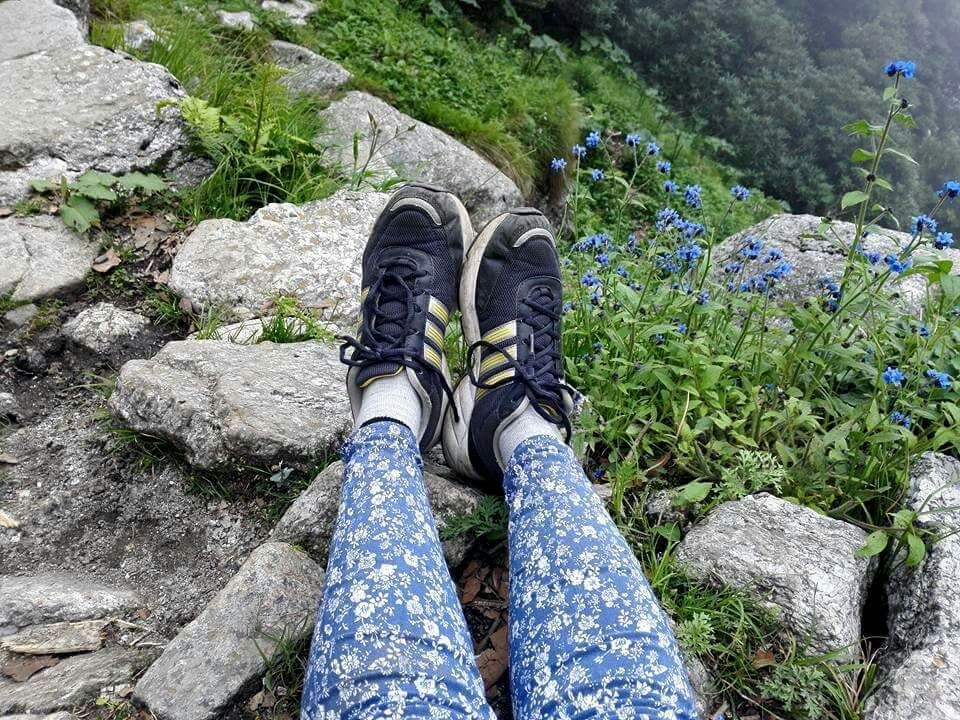 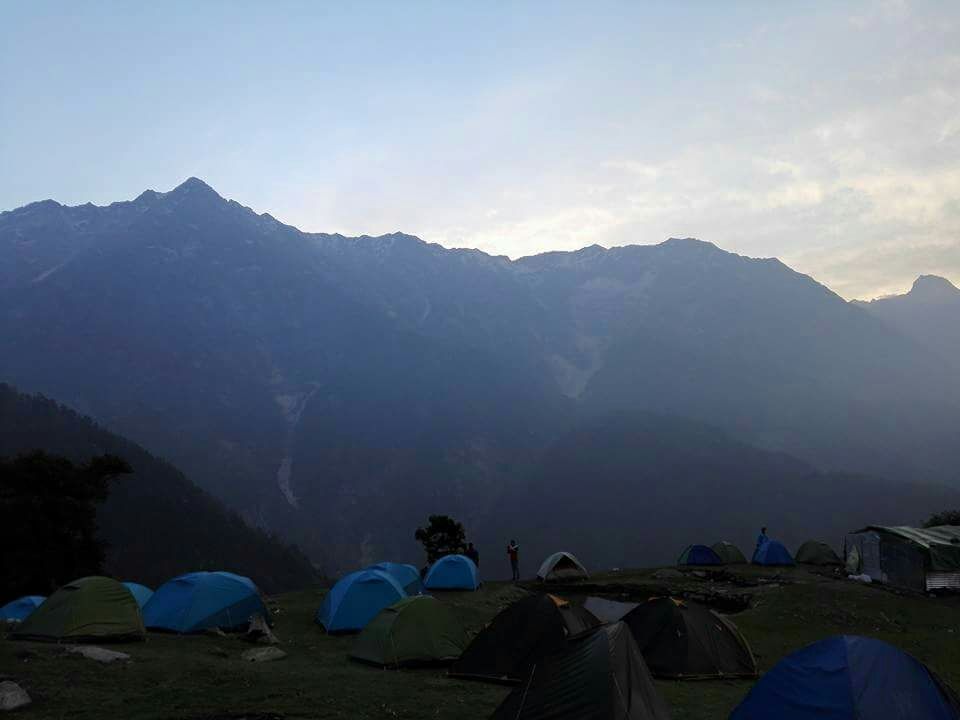 you can stay on the mountains and make it your home 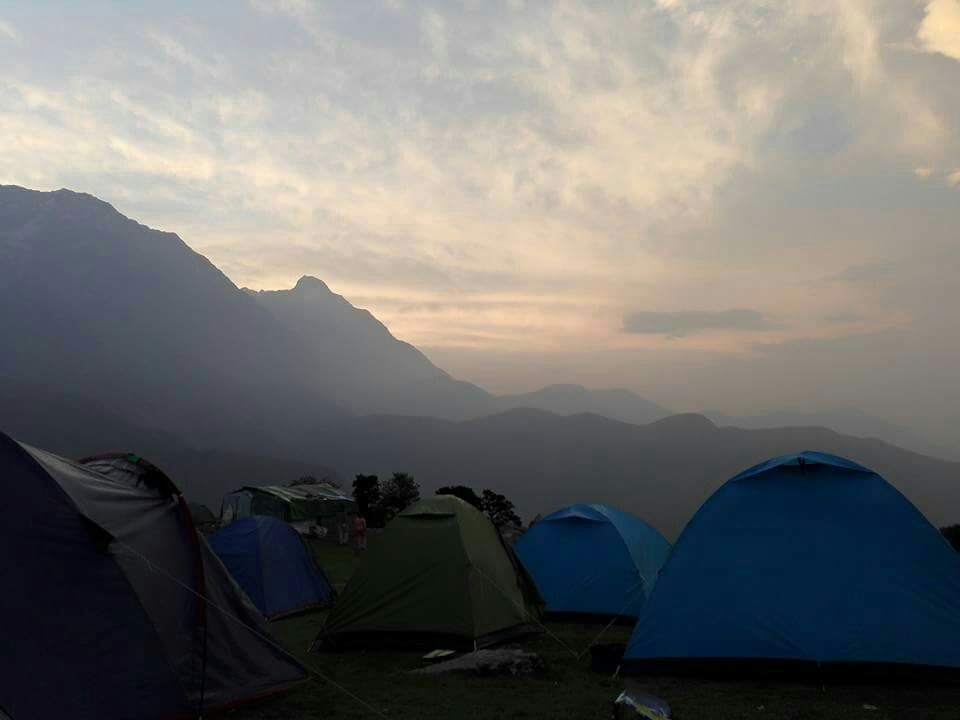