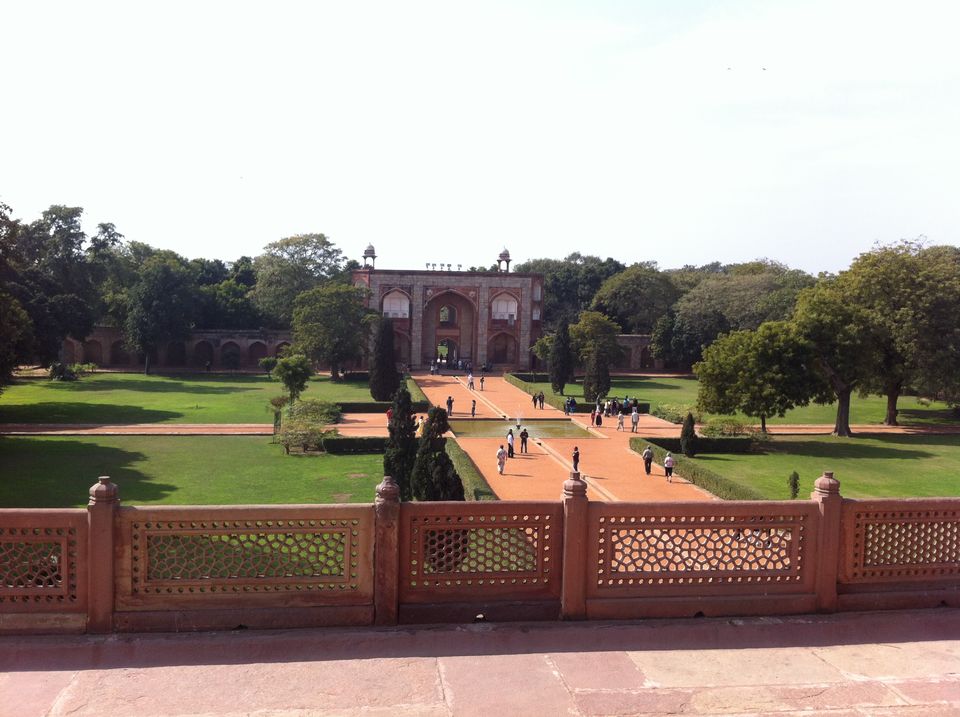 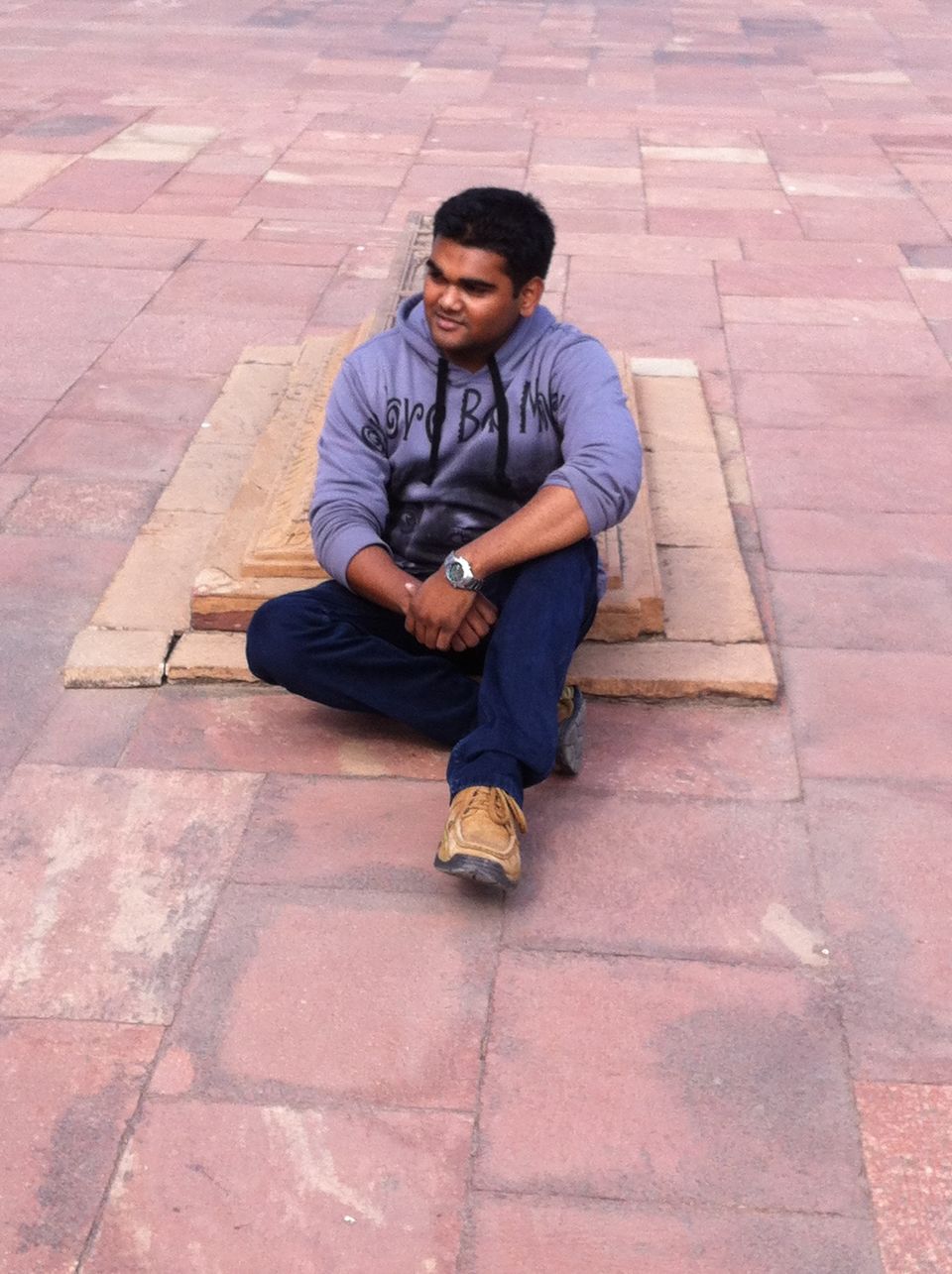 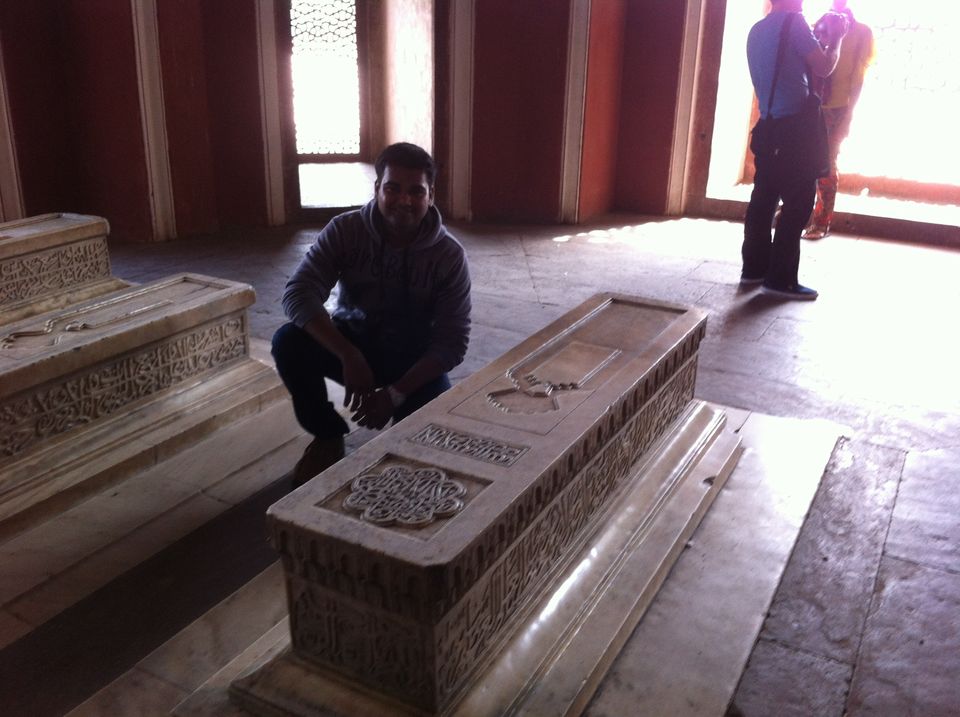 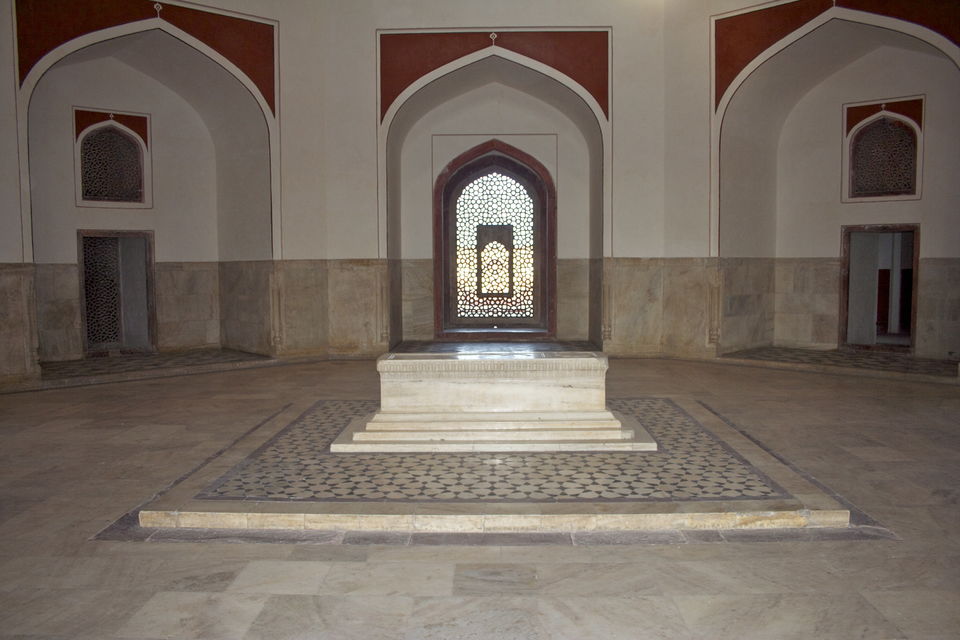 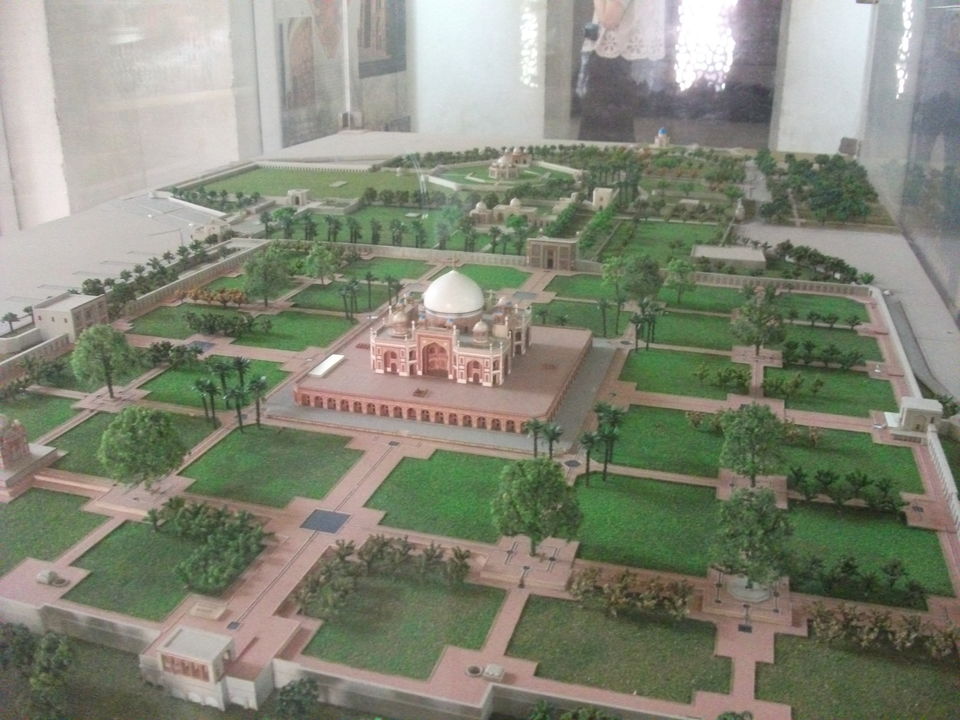 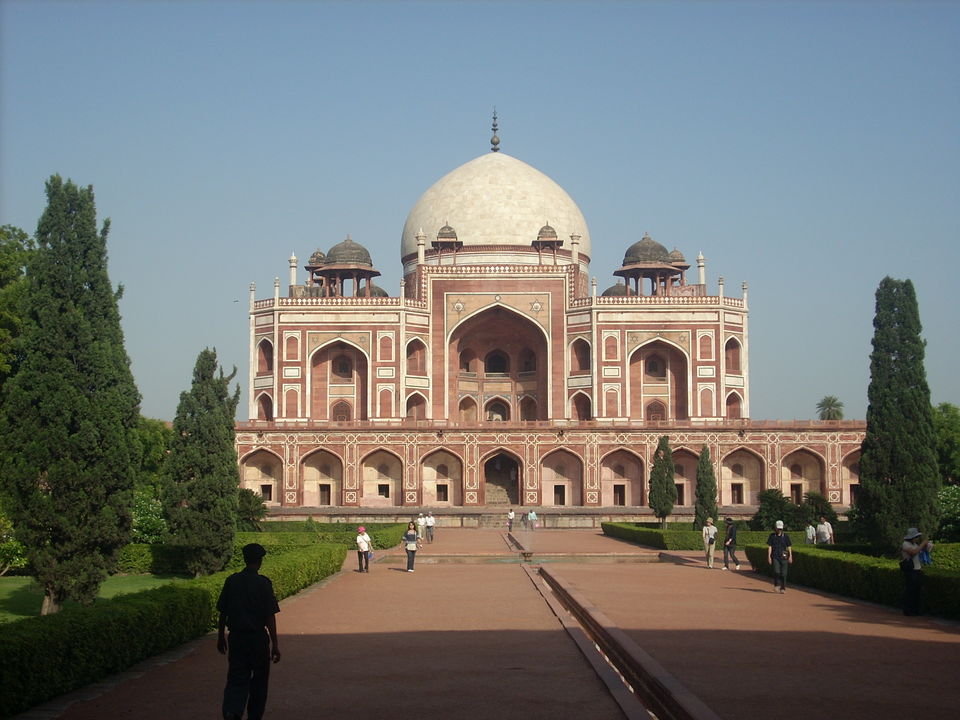 Humayun's tomb is the tomb of the Mughal Emperor Humayun in Delhi, India. The tomb was commissioned by Humayun's first wife Bega Begum (Haji Begum) in 1569-70, and designed by Mirak Mirza Ghiyas, a Persian architect chosen by Bega Begum.It was the first garden-tomb on the Indian subcontinent, and is located in Nizamuddin East, Delhi, India, close to the Dina-panah citadel also known as Purana Qila (Old Fort), that Humayun founded in 1533. It was also the first structure to use red sandstone at such a scale. The tomb was declared a UNESCO World Heritage Site in 1993, and since then has undergone extensive restoration work, which is complete. Besides the main tomb enclosure of Humayun, several smaller monuments dot the pathway leading up to it, from the main entrance in the West, including one that even pre-dates the main tomb itself, by twenty years; it is the tomb complex of Isa Khan Niyazi, an Afghan noble in Sher Shah Suri's court of the Suri dynasty, who fought against the Mughals, constructed in 1547 CE.

The complex encompasses the main tomb of the Emperor Humayun, which houses the graves of Bega Begum herself, Hamida Begum, and also Dara Shikoh, great-great-grandson of Humayun and son of the later Emperor Shah Jahan, as well as numerous other subsequent Mughals, including Emperor Jahandar Shah, Farrukhsiyar, Rafi Ul-Darjat, Rafi Ud-Daulat and Alamgir II.It represented a leap in Mughal architecture, and together with its accomplished Charbagh garden, typical of Persian gardens, but never seen before in India, it set a precedent for subsequent Mughal architecture. It is seen as a clear departure from the fairly modest mausoleum of his father, the first Mughal Emperor, Babur, called Bagh-e Babur(Gardens of Babur) in Kabul (Afghanistan). Though the latter was the first Emperor to start the tradition of being buried in a paradise garden.Modelled on Gur-e Amir, the tomb of his ancestor and Asia's conqueror Timur in Samarkand, it created a precedent for future Mughal architecture of royal mausolea, which reached its zenith with the Taj Mahal, at Agra.