iEnchanted | Weekend at the Kaas Plateau

I remember these lines from school. Someone had put up a chart about nature on one of the many bulletin boards that hung from the nails hammered into them. Though school is now a vague and distant memory I found myself calling to mind this verse last week as a stood and stared as nature marvelled me yet again.

I hadn’t intended on going to the Spiti Valley in Himachal Pradesh in early August. The ‘plan’ was to go to The Valley of Flowers located in the West Himalayas in Uttarkhand. A Google search will throw up the craziest burst of colours on to your screen – such is the charm of The Valley and so enthralling is its biodiversity. However the rains leading to floods that hit the region last year caused some serious infrastructural damage and as a consequence the roads leading up to The Valley were still not accessible media reports stated. That’s how yours truly here ended up in Spiti.

But this is not a post about Spiti. This is a post about being enthralled by another Valley of Flowers – one that’s in my own state and located at about 280 kilometers from Mumbai city.

The Kaas Plateau in Satara is situated in the Sahyadri Ranges of the Western Ghats and is spread along 1000 hectres. It derives its name from the Kaasa tree that bears white flowers only once every 7-8 years.

As the name suggests the plateau is wild with flowers in all shapes, sizes and colours bringing to life those dull drab science text books from school that spoke of everything from pollination to insectivorous plants in such a monotone that I almost never imagined them to be this vivid.

Did you know that there are flowers who’ll take an insect as a hostage for one night (and release them the next day) OR that another traps an insect at its centre? And that such tactics are deployed to transfer the pollens on to the insects?

We’re read/heard about birds having bizarre mating rituals and our expert guide in tow relayed one to us as well. One will spot very easily the crested lark in and around the Plateau. This little friend of ours in his mission to woo the female over, flies to a height of about a 50 – 60 feet and then goes for a straight drop until he’s a lil’ over 5 – 10 feet away from the ground before opening his wings out. Sounds like a great story, I know. Makes for an even better visual treat as you stand there wind hitting your face, jaw slightly hanging loosely mid air, eyes straining to find this lil’ friend in his perseverant act of love. I really think we got lucky to be able to watch that spectacle.

The Kaas Plateau has only recently been declared as a UNESCO World Heritage Site as a result of which sections on the Plateau had been cordoned off. It claims to home 150 species of flowers, shrubs and grasses. And in the time I spent there last week I didn’t only lose count but also failed to remember the names of these jaw-drop inducing beauties!

The Kaas Plateau in Satara is situated in the Sahyadri Ranges of the Western Ghats and is spread along 1000 hectres. It derives its name from the Kaasa tree that bears white flowers only once every 7-8 years. 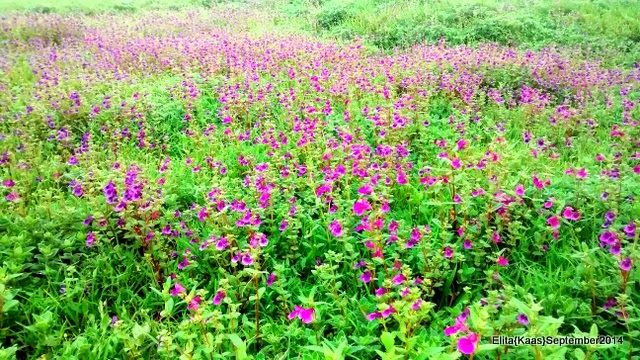 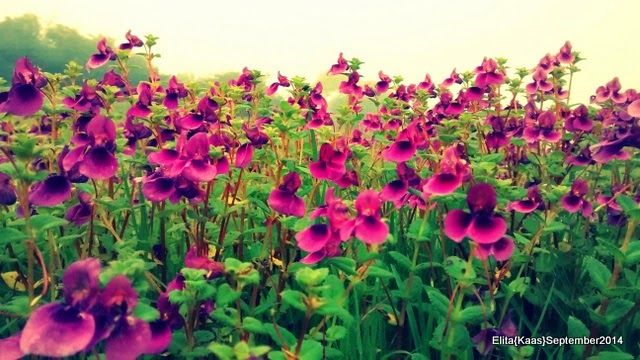 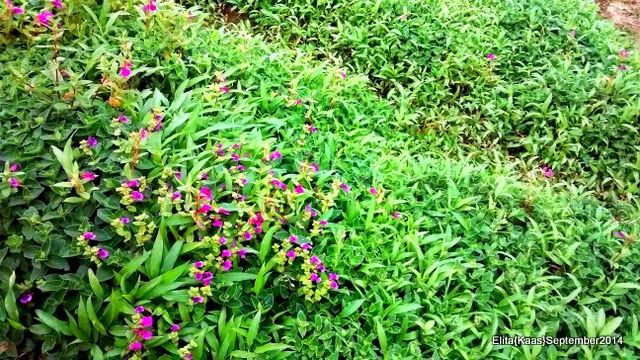