India Travel GuideIndia TripsDay 0: Jitters As I Get Set For The Tour De Satpura

Day 0: Jitters as I get set for the Tour De Satpura 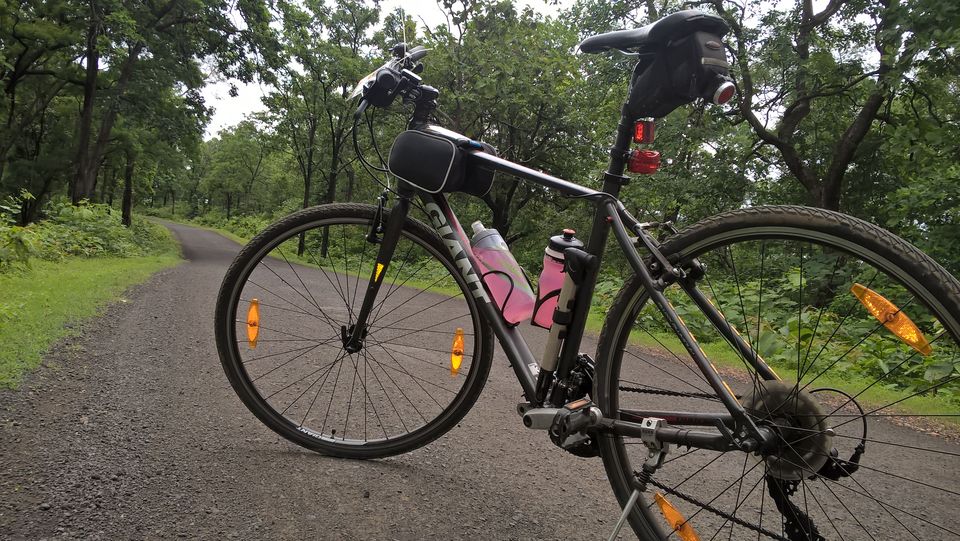 Just about four months ago, I along with my Bullet club, the Thumping Tigers visited Pachmarhi, Madhya Pradesh over the weekend. Despite having stayed in Nagpur for over fifteen years, this was my first visit to the famed hill station or the Queen of Satpura as it is also called. I took an almost immediate liking to it because it was still not as commercialised as Mahabaleshwar or the other typical “hill stations” are. Also, what caught my immediate attention was the incline leading up to Pachmarhi from Matkuli, a distance of about thirty kms. Somewhere at the back of my mind while revving up the incline the thought kicked in as to how exhilarating this climb would be on my GIANT.

Coincidentally somewhere along the same time, Cycle Safari made public the Tour de Satpura - a tour designed to cover a distance of almost 400 kms in four days. Starting from Ramakona, Madhya Pradesh on 19th August and covering an elevation of 3000+ meters the tour proposed to end in Tawa near the Tawa dam and at the mouth of the Satpura jungle reserve on the 22nd.

The prospect of attempting the Pachmarhi climb had all of a sudden materialized out of the blue. Add to it the prospect of attempting my first tour which looked salivating as well. However there was an issue..!! I hadn’t visited my hometown Ahmedabad since a year and a half, and with tickets booked for the homeward journey well in advance for around the same time as the tour dates, I was not very much inclined to cancel them. So when Sachin, who is a close friend and incidentally also was the Tour Director of this trip approached me, I with a heavy heart told him that I would be going home despite a strong urge to do this tour.

The despair of not being able to do the tour however kicked in when Anil Sir hinted how much he would miss the chance of recreating old moments of RAAM (Race Across Mansar) that we had shared in the past. So well, I ended up cancelling my homeward bound tickets and signed up for the Tour just a few days prior to it starting. Not having enough days to pull up my socks and do long distances for practice, I had faith that my daily commutes to work and the morning cycling trails would probably help me pull off the Tour.

Soon enough the evening of 18th August dawned. It was time for the briefing and handing over of bikes prior to the tour. The briefing sailed through pretty fast and so did the handing over of bikes. I was pretty impressed with the make shift stands (designed from PVC pipes) the organizers had contrived for safely transporting the bikes in the trucks. 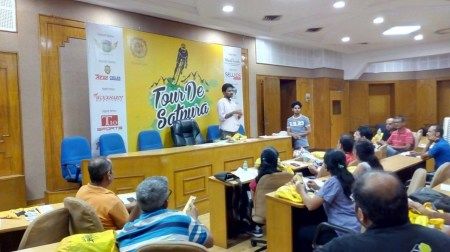 Post the bike handing over and the briefing, the plan for the night was to sleep early. However my packing was yet to be done and I ended up spending a sizable amount of the later part of the evening wrapping up my luggage. And from somewhere out of the sub-conscious a thought crept up - Had I taken the right decision by signing up for the tour? Would I, on my hybrid be able to stand up the distance and the average speeds the other riders on the road bikes would be notching up? Would my decision to sign up in the heat of the moment be justified or would I end up being swept up by the sweep vehicle every day?

Sleep was therefore the casualty and it was a bad night to start with!

This post has been originally published by me on my blog EnvironmentFootprints. But nevertheless I would be sharing my experience of the entire Tour here as well. Keep watching this space to know how the Tour De Satpura unfolded for me.