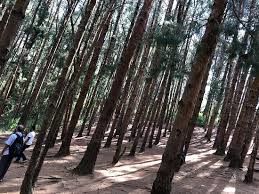 The eyes of Upper Bhawani Lake are not even visible with eyes, and the time to move forward has also come. Do not panic. Nothing has happened. I mean to say that Chanda Mama has gone and Suraj Chachu came out with a new dawn. Get up, wake up, join your salmon and go ahead. Oh yes, today we have to return to Bangalore, so the hotel will have to bypass the exit. We are doing fine, this work also, by taking our borea bedding, we left the check-out.

They are thinking that they are going to do oats in Ooty today, and there will be no hassle for frequent stops. In exactly sixty eight we got frozen in a pure vegetarian restaurant and after eating farewell, lastly, at 9 o'clock, he spoke goodbye to Ooty. This time our mind is going through a long way. Many see the hair pin band, now raiding elsewhere. OK, we are sure that this time we will make a picture at the shooting point and release the movie in Bangalore on YouTube. So a map of the path would make something like shooting at Ooty and moving from there to the lake and boating will move forward. This time the contribution of the lakes is going on in Ooty Trip. Someone else would ever have life from water and we are from the lakes.

Now Jumma Jumma ran eight kilometers in the train and reached Pine Forrest. Yes, when I heard the pine forest, when I heard it, I did not even believe in my ears, but someone has said that there is no alternative other than to believe in "Prefectural Kim Pramanik". So we also saw and accepted. Otherwise, before that I thought that there is a umbrella state of Uttarakhand on the forest of pine. To get down in the middle of the forest, a light triangle has been built to support the root of the tree. One of two small shops has also been brought back from the bottom and will enjoy the tea. To go here, ticket counters have to give five rupees per person and thirty rupee camera tickets. All are descending down the road into the jungle, along with them we also get down. There is a different thing in the jungle of pine that there will be long standing dry trees but the shade is less. So much later in the forest there is a sunny, somewhere shadow. Well, here in the jungle, there was nowhere in the forest, if it were, it would have been a little difficult to get down or say, sliding down at once and going down. Perhaps they will keep cleaning. While doing photography, we came down in this jungle. Seeing a look above the top, it felt as if he had come and he would have to climb. Let's go now.

Hey what this !! Such a quick response came when the front was seen. Yes, by getting off the jingle of pine, we reached a place which can not even imagine it. From the front there is a beautiful lake, yet I do not have any idea that it is probably a river and with it is a green grassland. It was a great photogenic place, it was good, if we got down to Jangla, we would have been deprived of seeing such a beautiful place. There is so much to do here, everyone is happy about their own fun things. If someone is busy in horseback riding, then no one is able to look after the old hair of his children and changing the moment of the lake to the blue green color. Sitting here, when an hour passed, I did not know. Standing then we did not go to the other side. Now, when the mind has gone, we will go to go there. After a little bit of excitement, we reached there also. Here the greenery is a little more than the meaning is that there is a large plot for two sitting and the water of the river or lake is also deep green for the same image of green. River or Lake is saying this because I'm still not sure why this is what it is. This place is slightly wider, but the length is very high. Accordingly, I see this lake low river. Analysts have gone too, now it has gone up to eleventh eleven; If you keep walking with such a tortoise move, then you will reach twelve near the carriage. Next, the horse is standing in front of the child's heart, now Madam has come to insist that I will sit and sit. Now it is more necessary to apply this mind, how to explain. Now we are not in the mood to ride the horse in time. Whatever you have to do it is to do your work and not to cry. He has recently been told that he is sitting on a lot of horse and he will not be sitting, and if someone gets another, then he will sit there. He has done his job so much from so much. Now cross the forest and reach the road. On the way, two stop photos are taking the name of the photo, so that there is no load of climbing in one go. Loved it, now a little tea is watery. Taken four tea and one omelet. Tea is fine, oatmeal can eat only, it can only tell how it will be made. Here we get a lot of bike riders, who aim to walk 100 kilometers a day. These people are coming from Goa and will go back to Ooty with Kodai-Coimbatore. There will be at least twenty-five boys, there are good cycles, nearby helmets, which have camera and head light. I first saw this kind of group. Well, these people made our work easy, the swan was a little scared and he quickly dealt with the food.

Twelve o'clock and now it goes ahead because the floor is still far away and there is also a stay at the middle of it. Now it is fourteen kilometers to go to this place