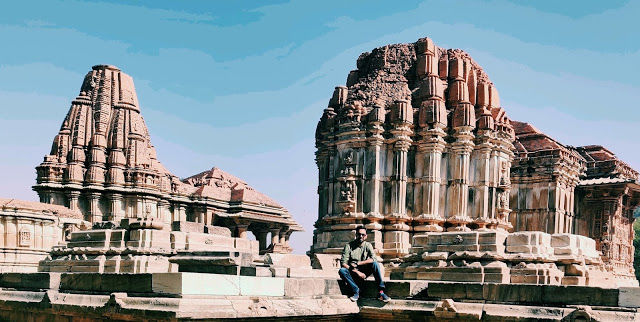 Rajasthan, a state as rich in its history and tradition as it is with natural wonders. A perfect example of where humanity not just survived but thrived in the worst of desert conditions and continues to be the cultural capital of India. The place where royal families, palaces, and age-old customs are still carry forwarded from generation to generation. A must-visit for every Indian & foreign tourist - Rajasthani food, bandhanis, desert safaris and forts promises something for everyone.

Between Lake Pichola and Lake Fateh Sagar and other 5 lakes, stands this historic city of Udaipur founded by Maharana Udai Singh II in 1568 after his capital of Chittorgarh was sacked by Mughal Emperor Akbar.

Within the city, Udaipur City Palace, Boat rides in the lake, street shopping are somethings that we did in a day. We spent some quality time in Saehlion ki bari gardens with fountains and colourful flowers. You can definitely skip the Karni Mata ropeway as it was a disappointing trip.

The City Palace's guided tour takes you through the rich history of the city and some amazing stories of royal life in 1600. An experience in Taj lake restaurant for a romantic dinner is also recommended.

On the outskirts of Udaipur, one can visit Chittorgarh for a full day tour or Sajjangarh Palace nearby. We instead did Sahastrabahu Temple which turned out to be so much better than our expectation with marvellous architecture, sculpture, and a peaceful lakeside view. Thereafter, we went to Eklingi temple and then for lunch to Devigarh Palace which is a palace converted to a hotel located amongst the Aravalli hills.

In Udaipur, one is spoilt for 5 star hotels incl the Oberoi Udai Villas; our stay in Chunda Palace was very memorable and the hotel was one of a kind that we had seen.

Nestled in narrow lanes, the blue city of Jodhpur for me is the cultural center of Rajasthan. The best way to tour the city is by booking auto-rickshaw for a full day for ~Rs. 750. The Mehrangarh fort stands tall and strong yet the intricate carvings on its sandstone windows and walls make it equally delicate. Adjacent, is the Jaswant Thada, a cenotaph that serves as the cremation ground for the royal Rajput family of Marwar.

Umaid Bhawan Palace was closed due to Covid and we missed visiting this grand palace.

Mandore Gardens in the outskirt is a definite visit to relax and explore the monuments dedicated to kings of Marwar and a museum. On the way back, we stopped at Hotel Bal Samand for dinner - which is a huge property adjacent to a lake and famous for its Kabab platters.

A royal town right in the middle of desert, built with golden sandstone and a living fort makes it a very unique experience. A walk through the fort busy with street shops, cafes, temples provides blend of history with modern lifestyle.

Next day, we went for evening desert safari which includes Camel ride, traditional dance & buffet, sunset sitting in the Sam dunes. If you plan to stay overnight, find a camp far away from the noisy tourist hustle so that you enjoy the peace of the desert.

About 5 hours drive from Jaisalmer, we stopped for couple of nights in Bikaner. We stayed in Lalgarh Palace, where the royal family still contuse to stay and upon check-in got an got upgraded to huge Maharaja Suite. Lalgarh Place and Laxmi Niwas complex are extremely well maintained with huge gardens, stuffed tigers and deer, fine dinning is where one can experience royalty like no where else.

The Junagargh Fort looks grand with its white walls & vegetable colour painting is well maintained and also provides a complimentary group guided tour with the ticket.

A visit to famous KarnI Mata temple, home to 25,000 rats, is a phenomenon you will never find anywhere else in the world. Thousands of rats moving all around the temple, eating sweets, sipping milk attracts devotees and tourists from many places.

On the way back, we stopped at the camel research centre for a quick visit. 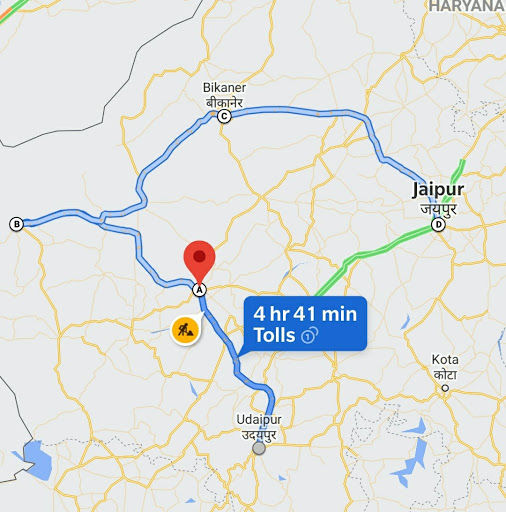 Rajasthan takes you down memory lane through the rich history and culture of India, proudly preserved by the locals. The havelis, forts and palaces are in pristine conditions unlike in other parts of the country, many of whom are now converted to hotels. The barren landscape, sand dunes, and desert add a different charm while traveling through the state. We were treated as royals!